I’m Ali Khan. That guy from Food Network. You might have seen me on Cheap Eats, Best Thing I Ever Ate or Spring Baking Championship. You’re probably into food too. So take a look around here for recipes, restaurants and fun stuff Im doing on TV, YouTube and more! 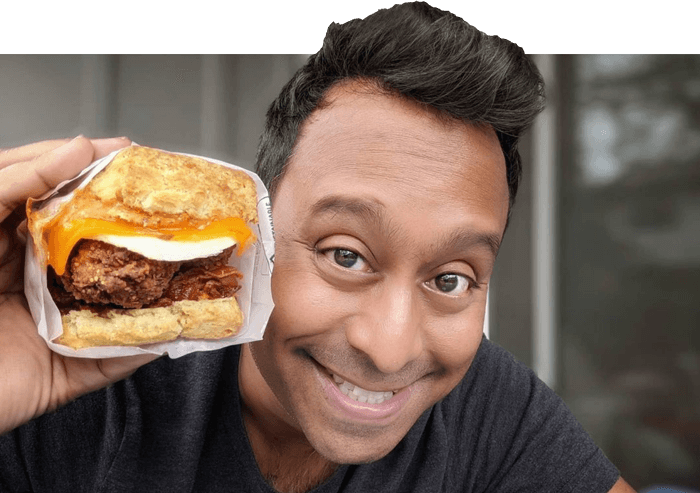 Ali Khan is a television host and multi-hyphenate creative in the food and comedy space.

The current host of Food Network’s Spring Baking Championship, is most known for his breakout series, Cheap Eats, which ran for 5 seasons on Cooking Channel, internationally on Food Network currently streaming on Discovery Plus. He is a regular on The Best Thing I Ever Ate, a judge on Food Network’s Chopped + Chopped Junior and recently launched his own Youtube Series, Ali vs The Dome.

His food writing has appeared in magazines and award winning digital publications. Ali is also an official spokesman for FARE, a food allergy advocacy group. 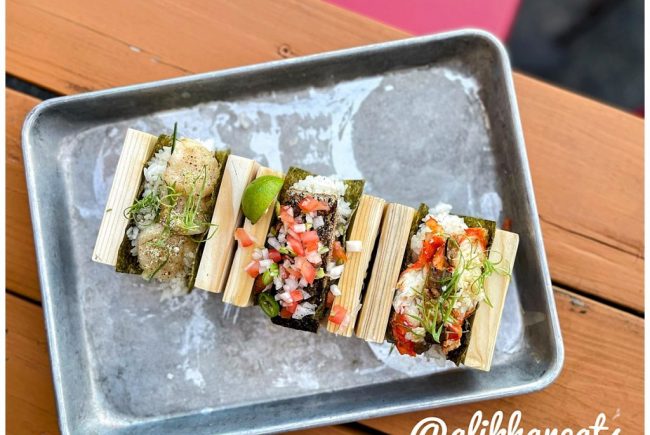 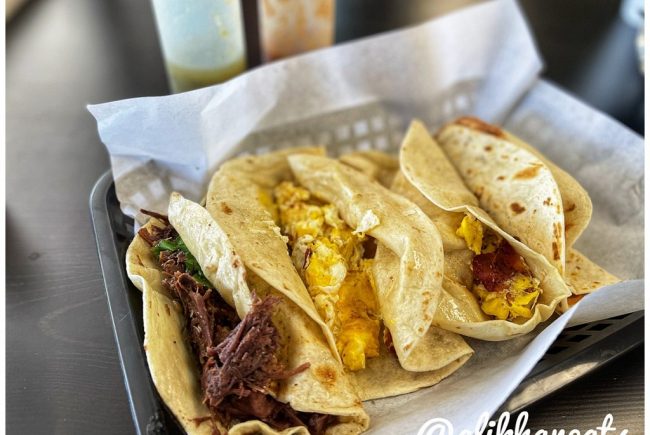