Ali Khan is a television host and multi-hyphenate creative in the food and comedy space. The current host of Food Network’s Spring Baking Championship, he is most known for his breakout series, Cheap Eats, which ran for 5 seasons on Cooking Channel, internationally on Food Network and currently is streaming in Discover Plus.

He is a regular on The Best Thing I Ever Ate, a judge on Food Network’s Chopped + Chopped Junior and created the Youtube Series, Ali vs The Dome. 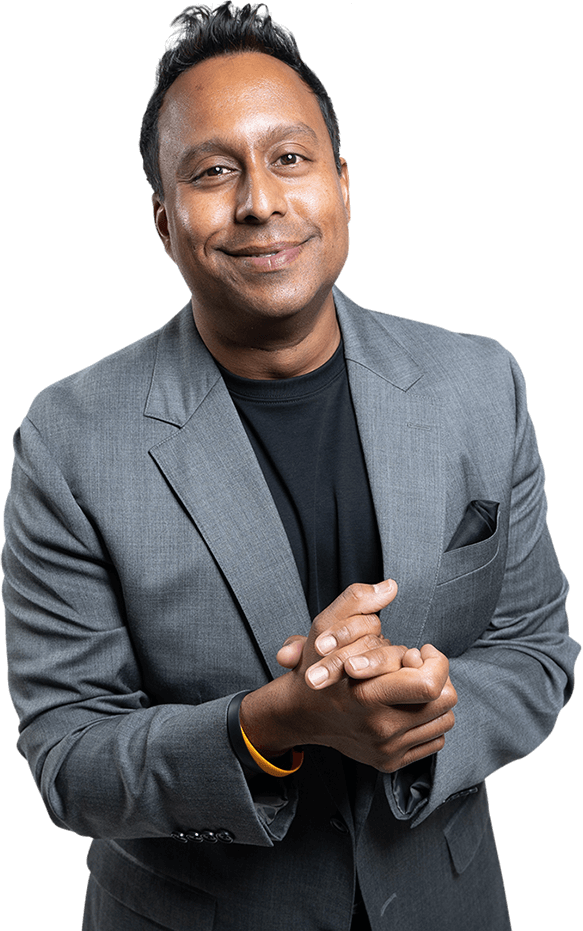 EATING FEARLESSLY AND WRITING ABOUT IT

A ham that yearned to be on stage

In addition to food writing, Ali is a natural born performer trained in the Theatrical Arts at Carnegie Mellon University and the University of Southern California where he earned his B.A. in Theater Studies.

A Career in Food Television 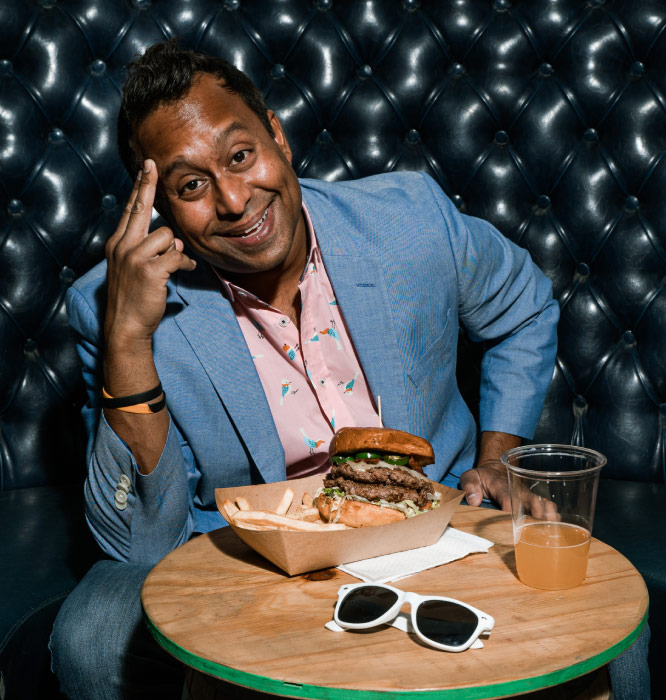 A Career in Food Television

His passion for performance and all things epicurean eventually led him to Food Network, where his earliest appearances include Grill It with Bobby Flay and the Best Thing I Ever Made. Producer credits include Food Network’s $24 in 24, Thanksgiving Live and he worked in television development on projects for Alton Brown, Jeff Mauro and Simon Majumdar.

In 2015, Ali premiered his very own show, Cheap Eats, on Cooking Channel. Cheap Eats aired for 5 seasons spanning 40 states and 59 cities in as many episodes. Currently airing globally on Food Network’s sister channels in Africa, Asia and the UK as well as on Cooking Channel in the US and Canada.

In 2020, Ali launched Good Sauce, a YouTube Channel dedicated to his two loves: food and comedy. The first series, Ali vs The Dome releases new episodes every Thursday. He also recently began a brand partnership as an official spokesman for FARE, a non profit organization dedicated to helping 32 million American who live with food allergies.