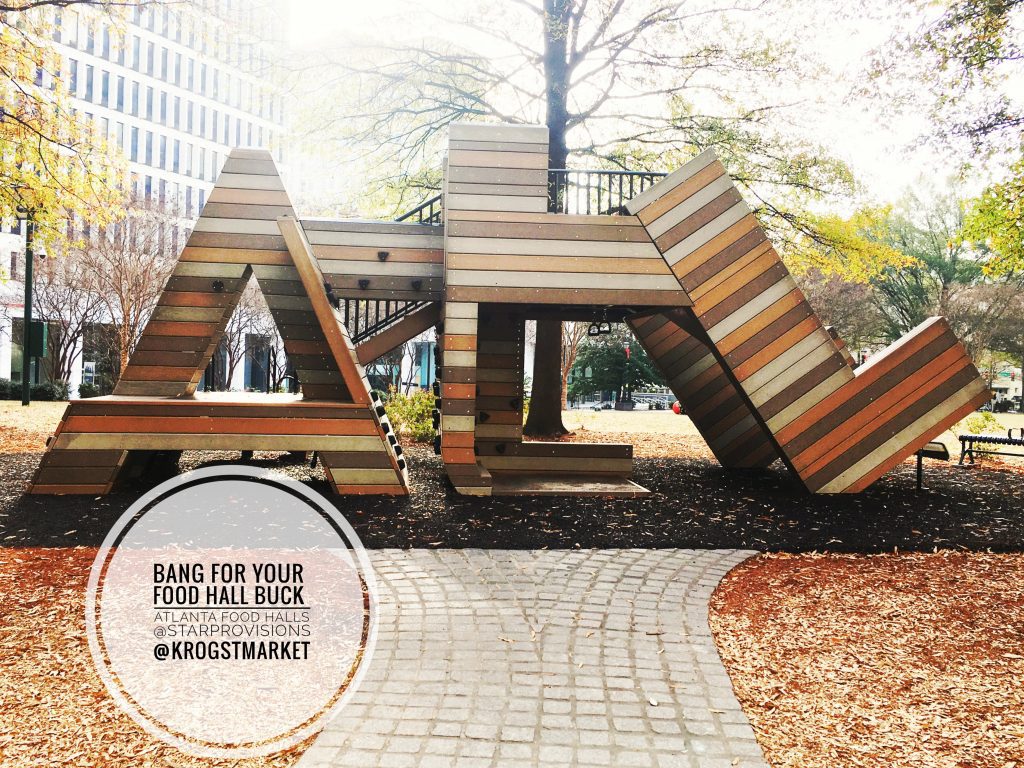 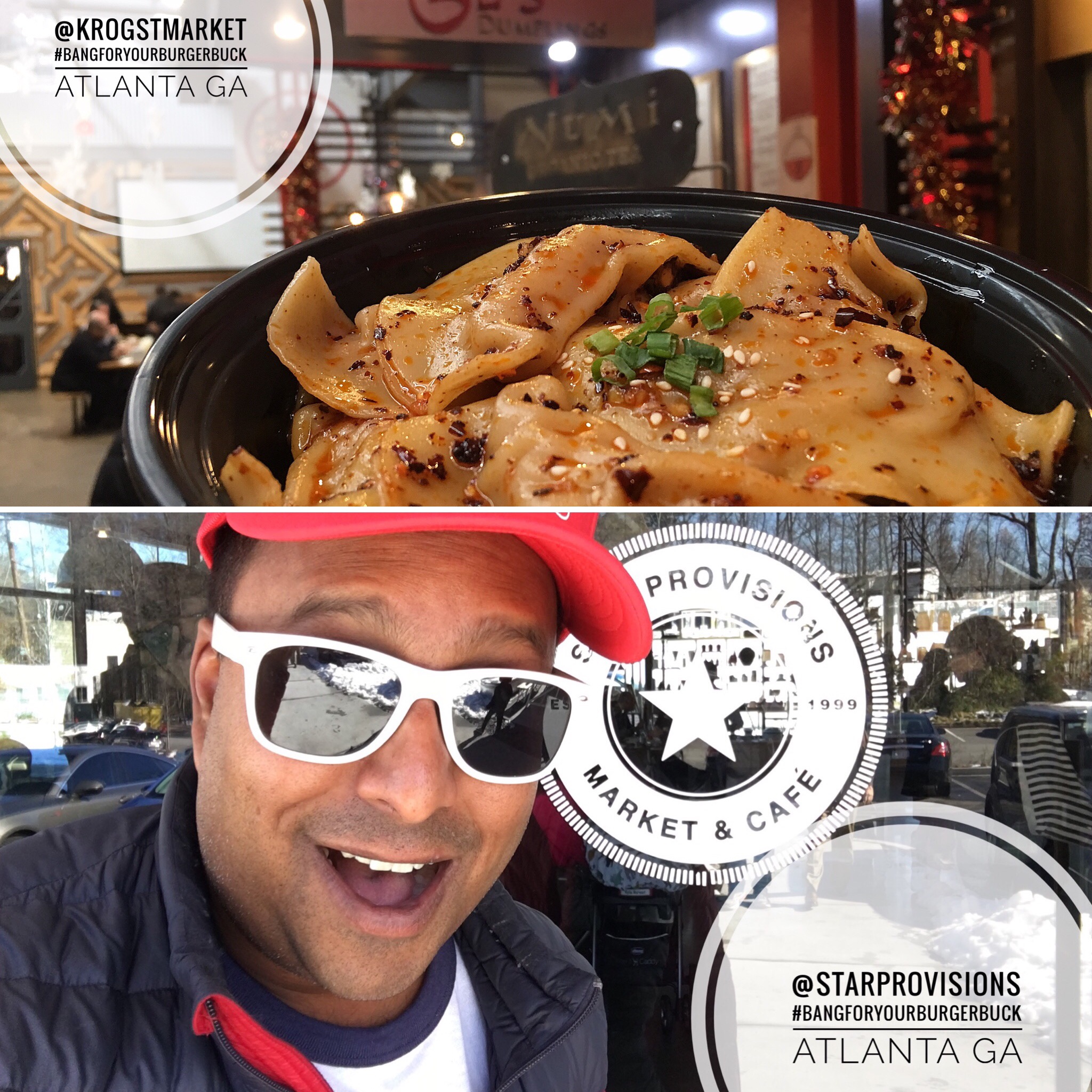 Food Halls are the Gastropubs of the 2010s and that food trend is fine by me. While deceptively pricer than the casual food court like seating might imply, Food Halls allow you taste some of the most noteworthy restaurants a city has to offer in a single visit. After taking Cheap Eats to Atlanta, I learned quickly that the ATL has serious dining game and its certainly apparent in these two Atlanta Food Halls. Krog Street Market and Star Provisions are both formidable havens for foodies in their own right, though each have their own distinct feel. Which one comes out on top for Bang for your Food Hall Buck? Scroll down and find out! 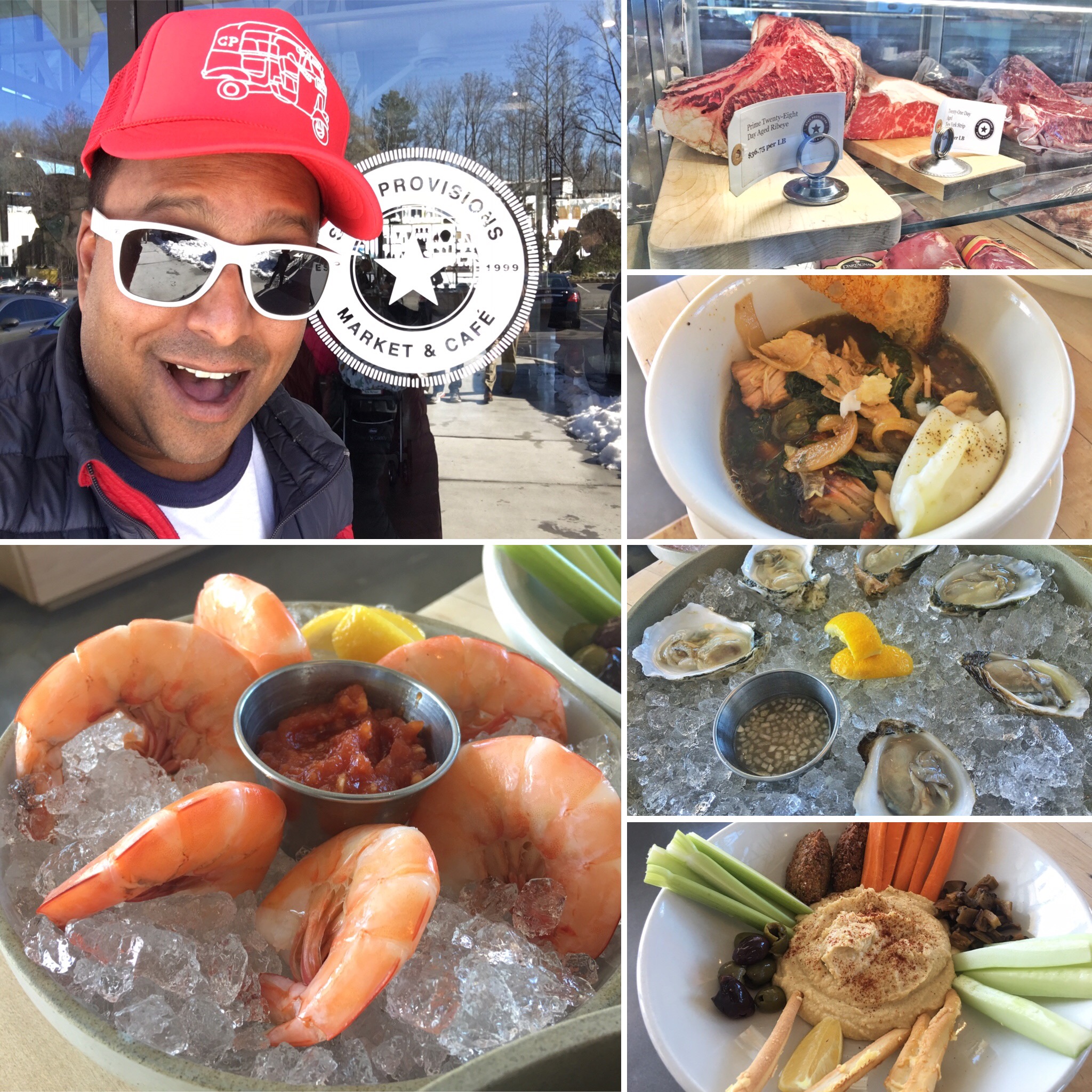 The Vitals:
the spot: Star Provisions 1460 Ellsworth Industrial Blvd Atlanta GA 30318
the eats: Raw bar, Prosciutto sandwich, Daily breakfast specials
the bucks:  $25 per person with a glass of wine
the full nelson: a Baller’s food court for sure

More than a few Atlanta Food Halls impress upon first arrival but when you walk into Star Provisions, you get a feeling that you are going to drop some coin. And it’s easy to see why; this place has the polish of Neiman Marcus and tempts you with some of the finest take home edibles you can buy like this super premium butcher’s case: 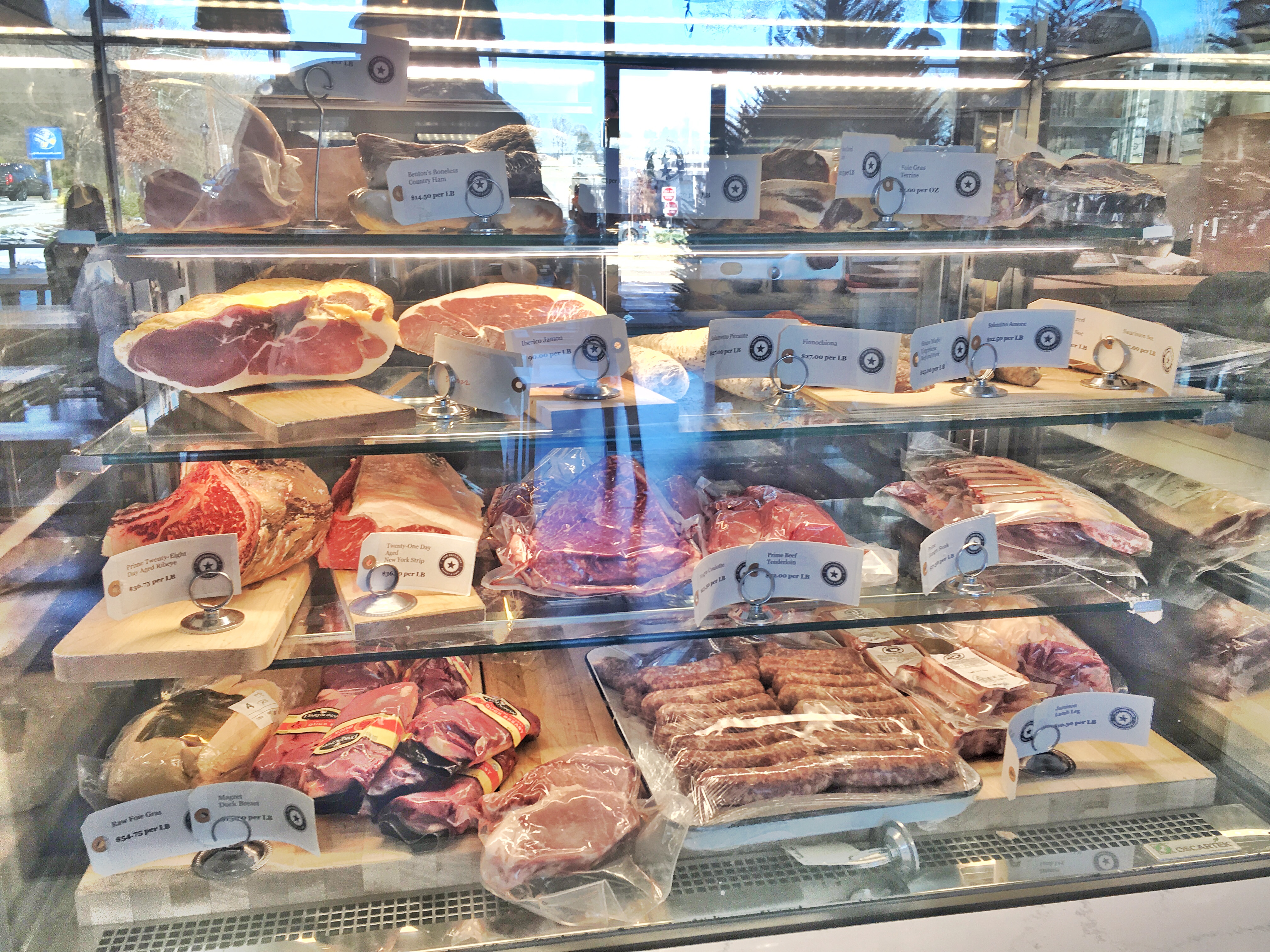 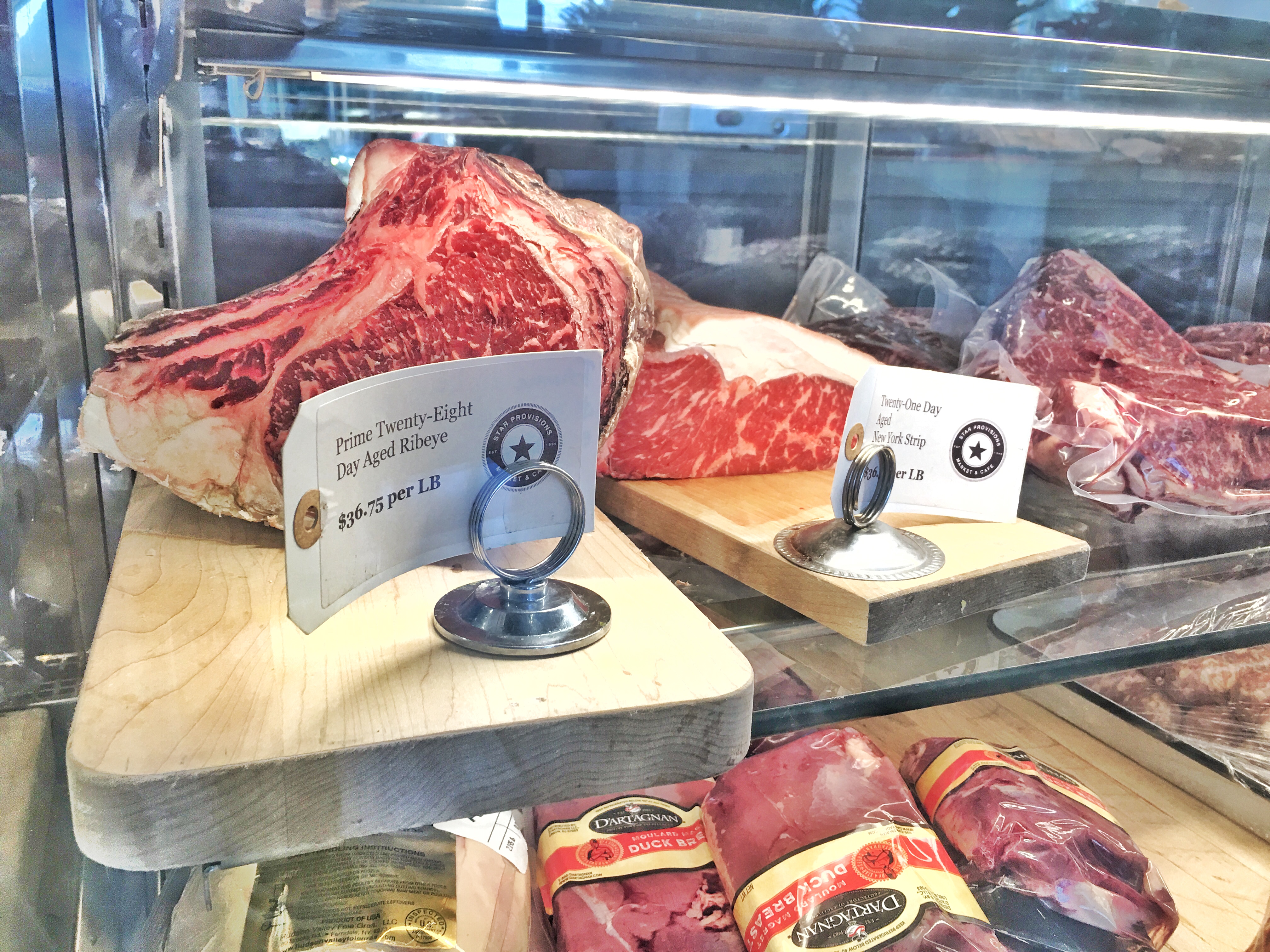 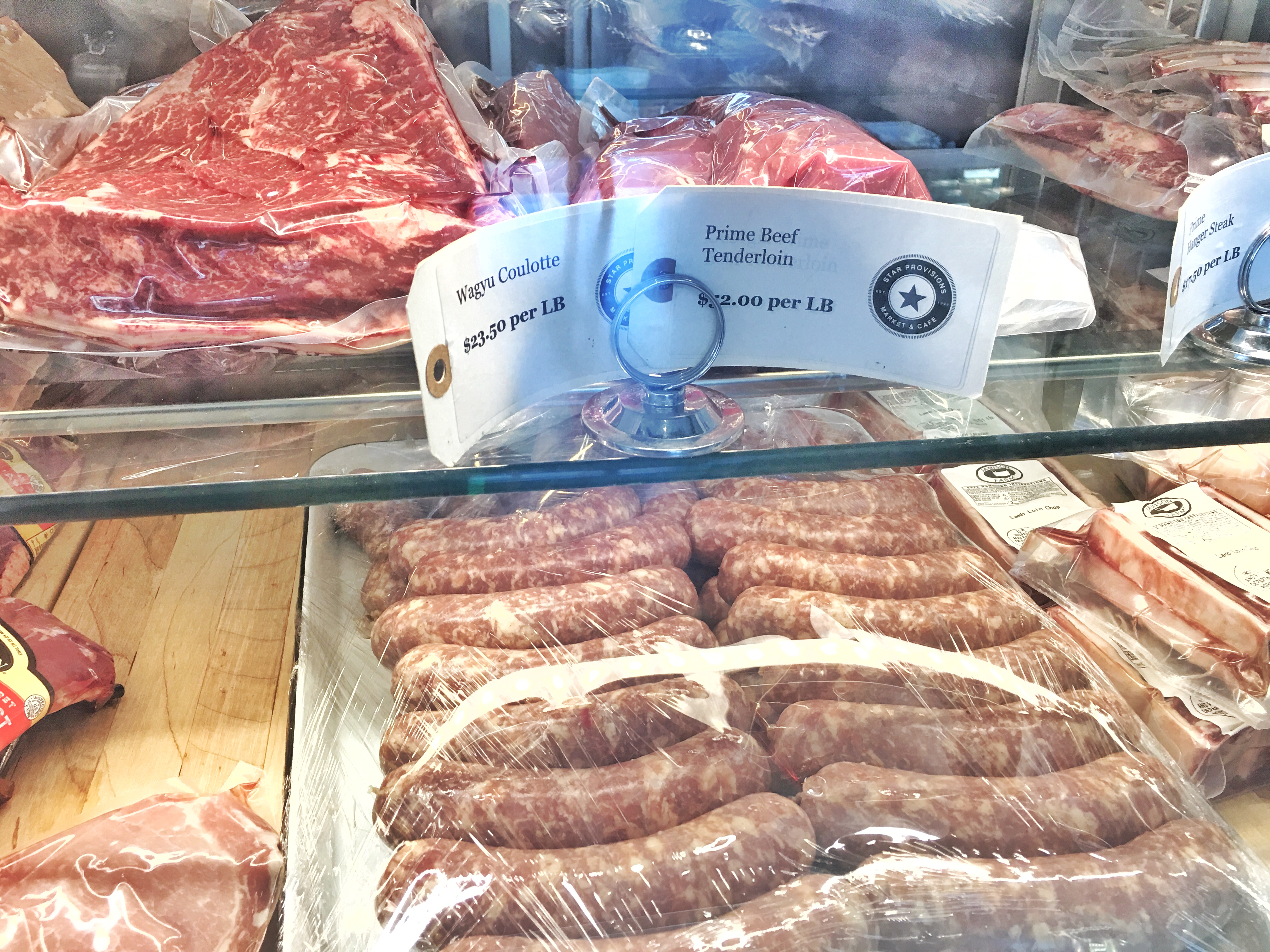 Perhaps I was lucky that my hotel room didn’t have a full kitchen, though that Wagyu Coulotte is pretty tempting at that price. Star Provisions has a solid menu of breakfasts and sandwiches, all of which are done up to the standard one would expect from Chef Anna Quatrano, who has been called the Queen of Atlanta’s fine dining. The place feels pricey but also special. Star Provision is a place to treat yourself and a baller lunch is still a fraction of a baller dinner. My move was a shareable feast with friends from the raw bar, some crudité and some savory dishes. Here’s a visual guide for what about $90(enough for 3 ppl) will get you. 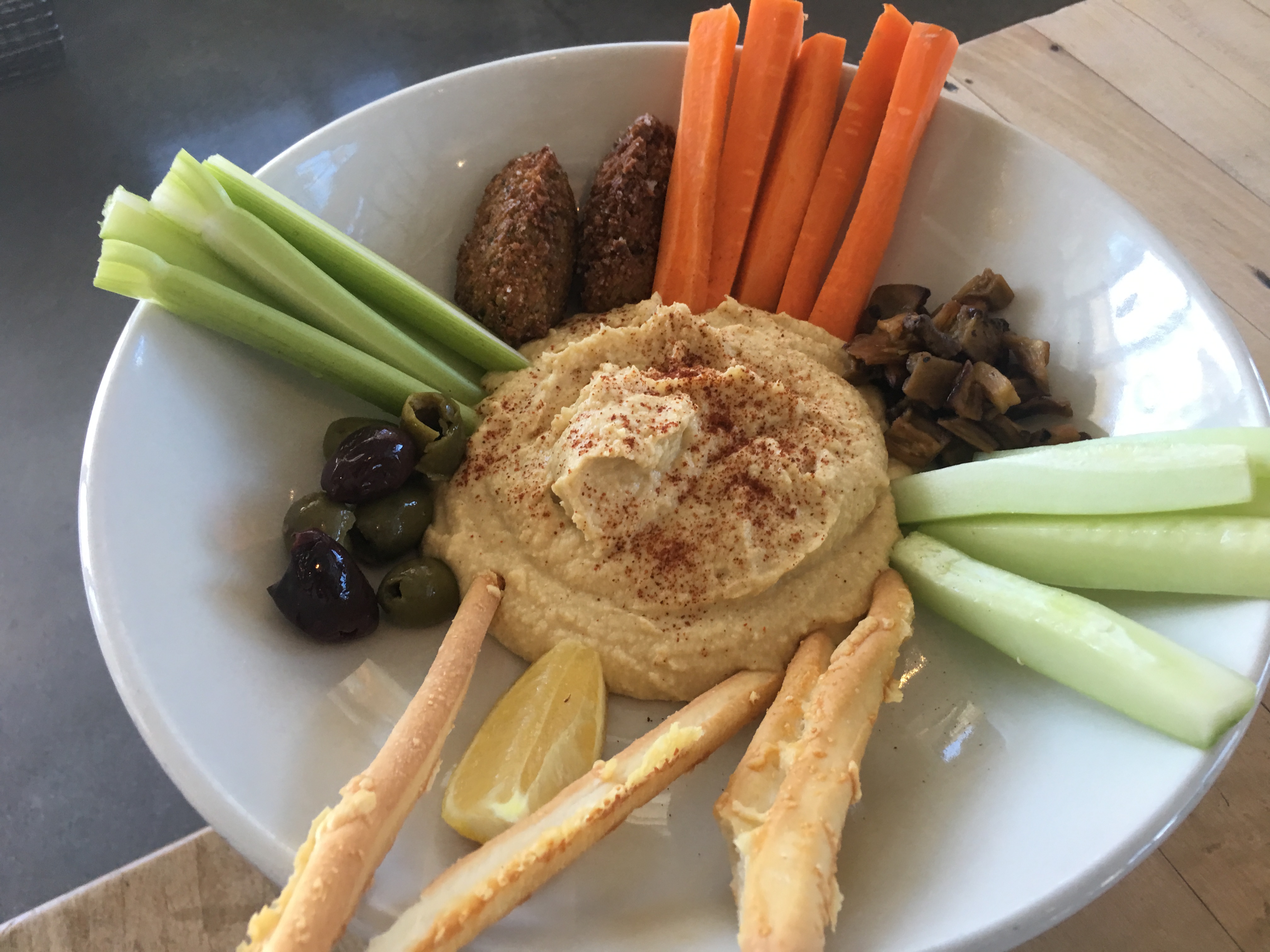 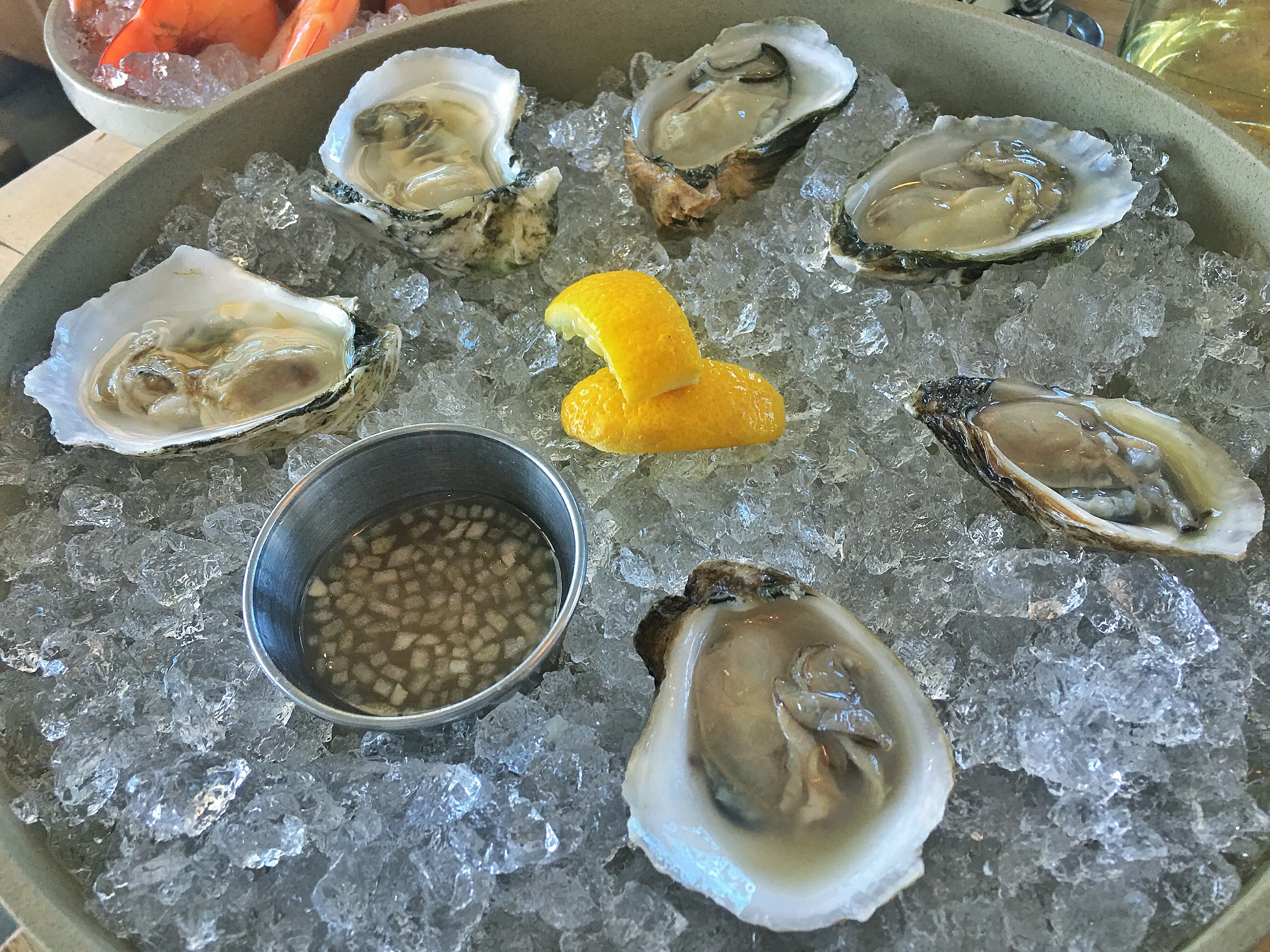 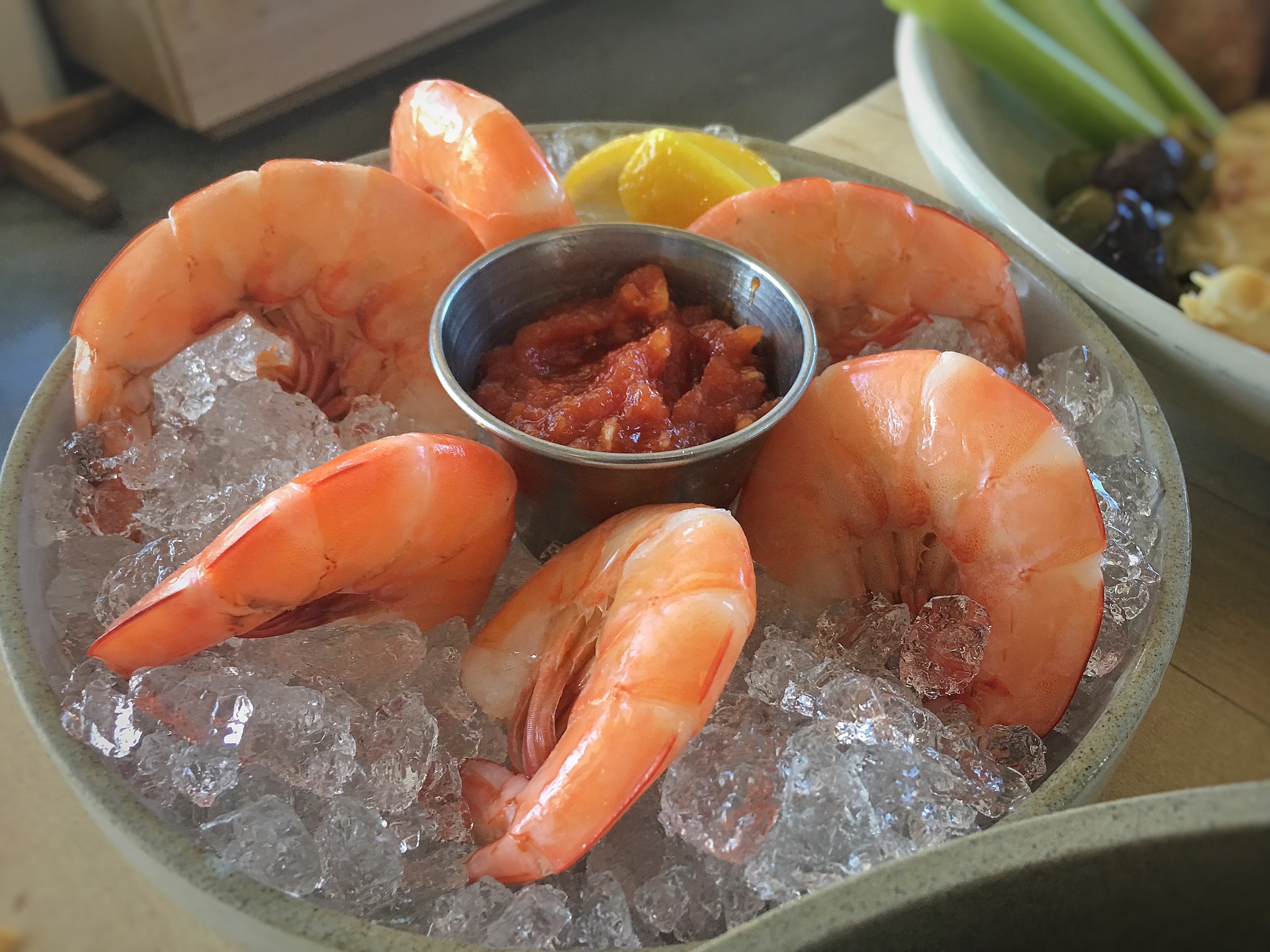 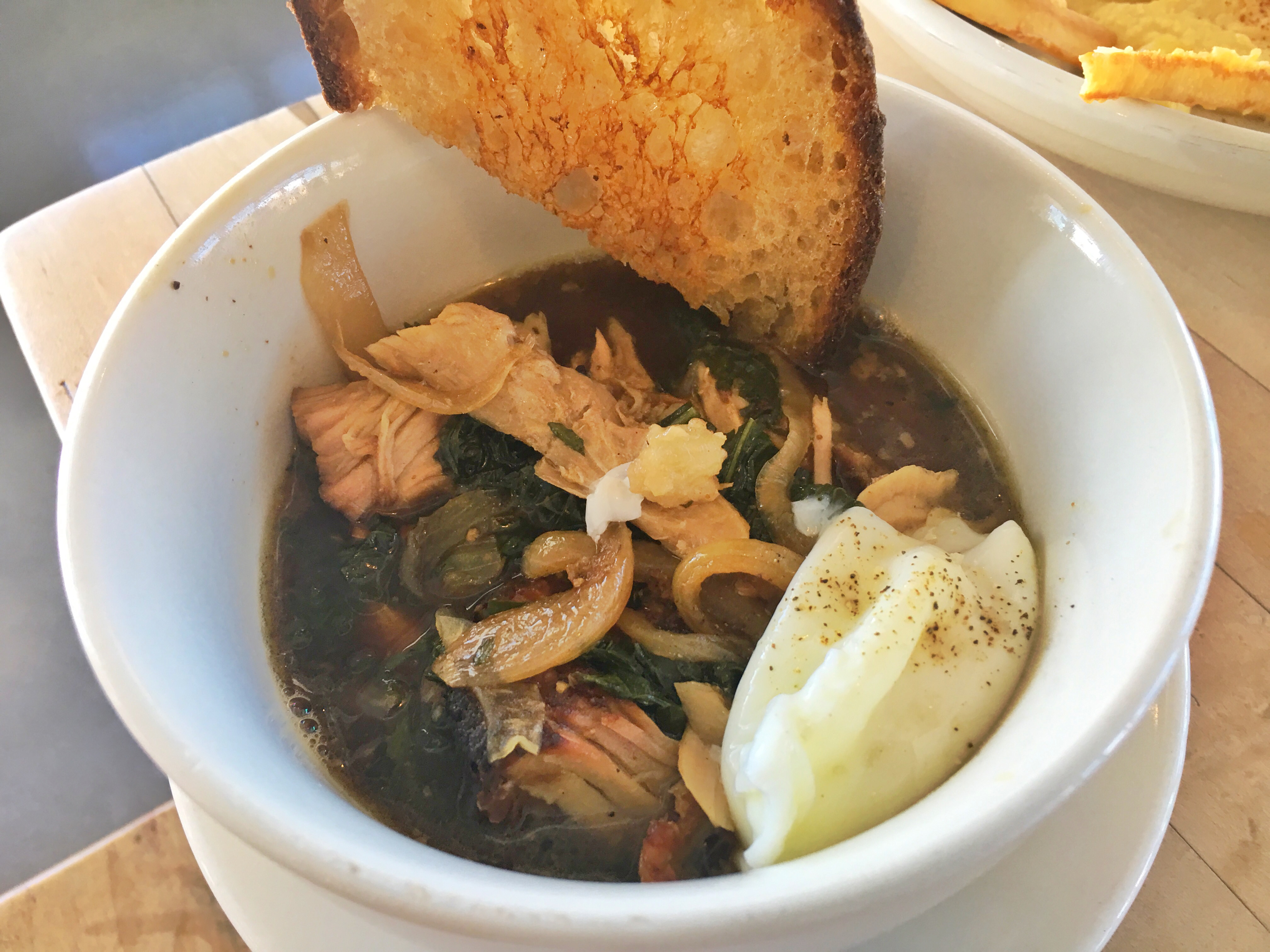 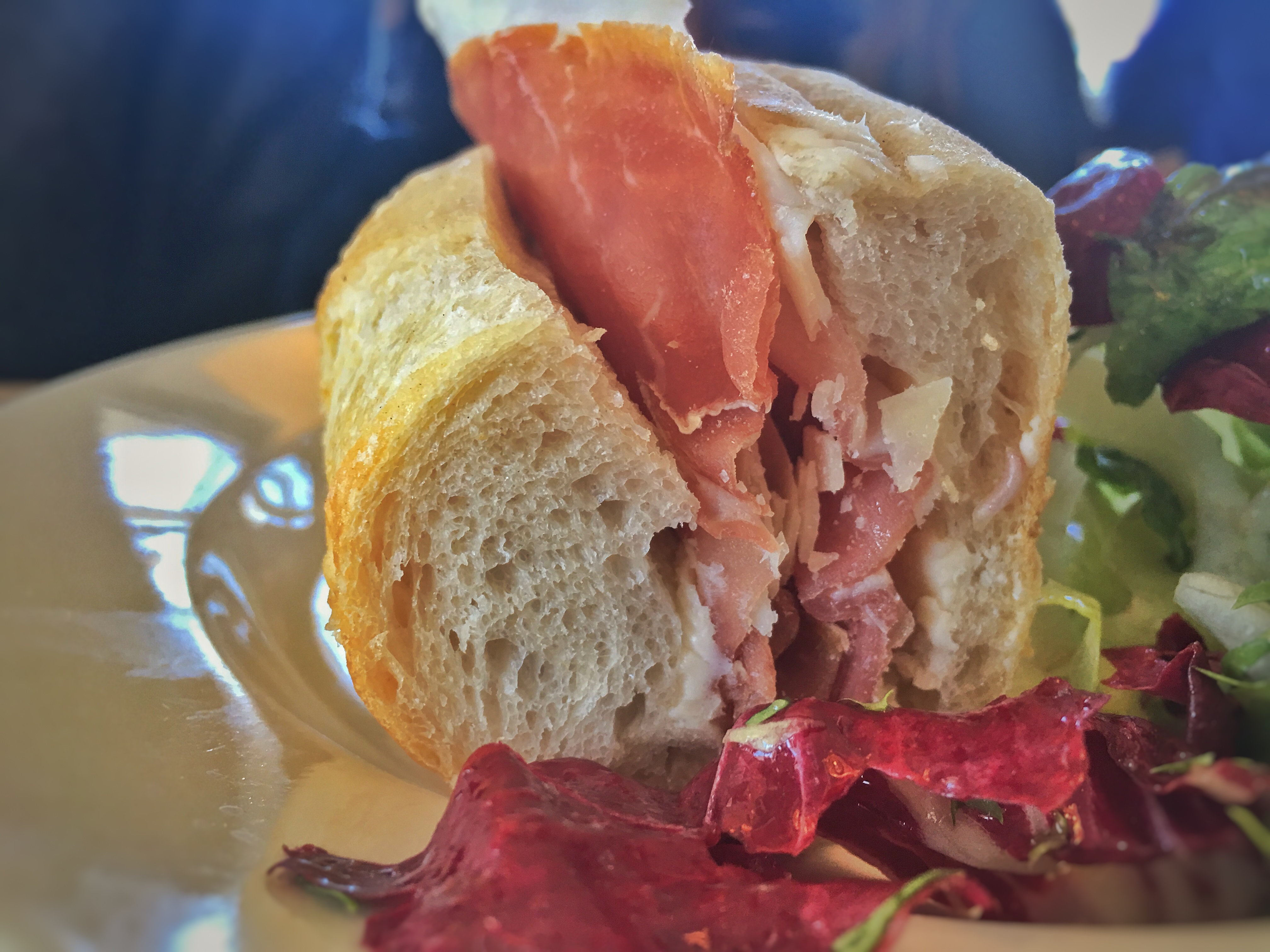 Raw oysters aren’t for everybody but if you do bivalves, you know they are always worth the high price. My frugal nature might cause me to rethink the hummus plate because . . . hummus is supposed to be cheap, but it was delicious nonetheless. The shrimp were as good as they looked as was the prosciutto sandwich with parmesan and butter. The braised pork with poached egg was intense for a daytime meal but certainly makes me want to visit Chef Quatrano’s acclaimed restaurant Bacchanalia, and really throw down. They aren’t giving it away at Star Provisions but of all the Atlanta Food Halls one can visit, Star Provision is the place to spoil to yourself right. 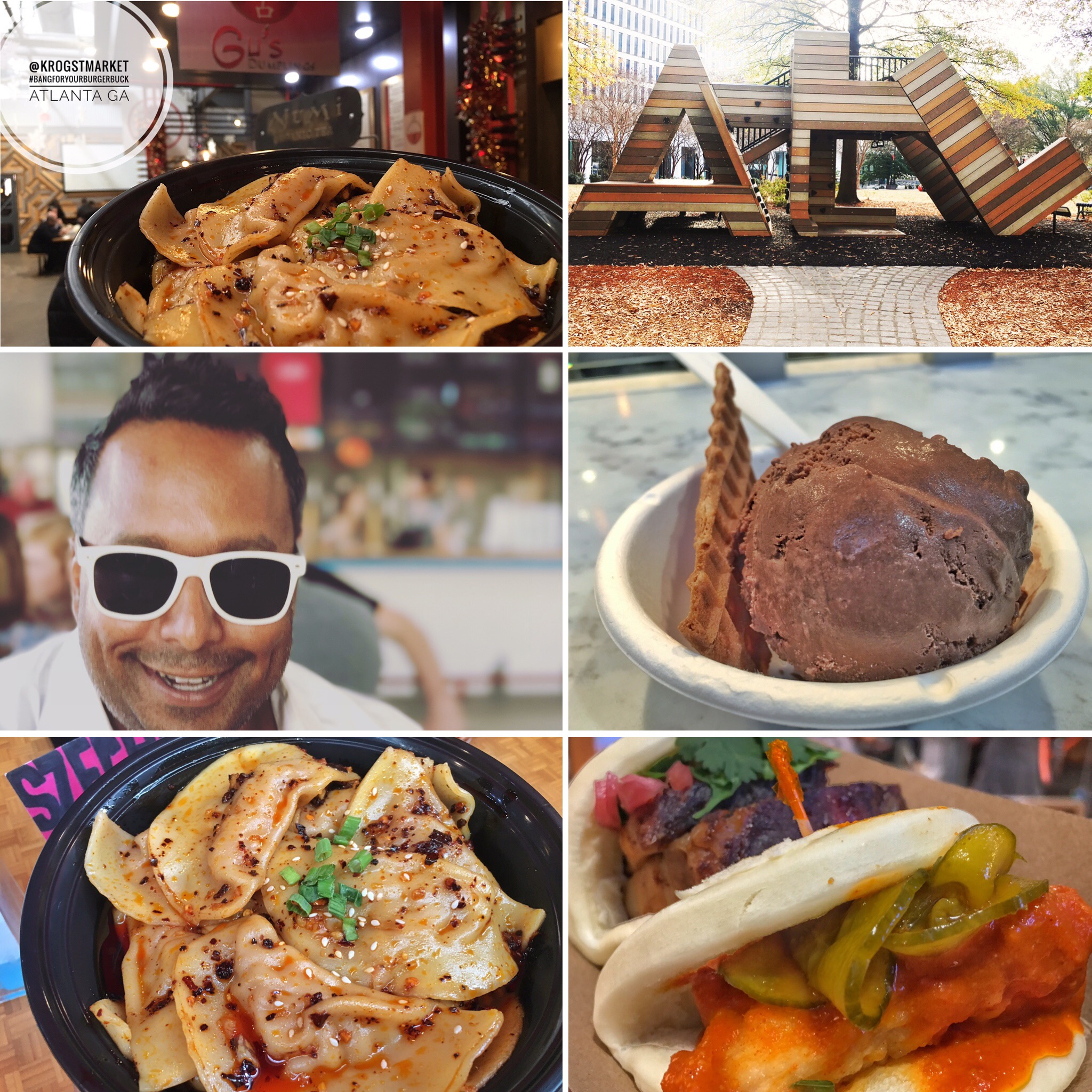 Upon my initial research into the Atlanta food scene for Cheap Eats, I got fired up for the sheer culinary diversity alone. That culinary diversity in areas like Buford Highway brought back fond memories of my days in Los Angeles. I don’t think I have come to a city, outside of NYC, with such a strong promise of legit Asian eateries like the ATL.

Which is exactly what brought me to Krog Street Market. Gu’s Dumplings started out on Buford Highway: a culinary drag of Vietnamese, Indian and Chinese spots, just to name a few. Cut to 2018 and Gu’s has been operating out of the swanky Krog Street Market for more than a minute. And they aren’t alone. Suzy Siu’s Baos and Jeni’s Splendid Ice Cream rounded out my visit, but I’m eager to come back and try Fred’s Meat and Bread for a burger, Superica for the wood grilled steak tacos, and the fried chicken at Richard’s Southern Fried. And that literally is just the half of it. My picks were not just good but darn cheap too. I can tell you right now, when it comes to Atlanta Food Halls, Krog Street serves up some quality Bang for your Food Hall Buck. This is what $24 bucks will get you. 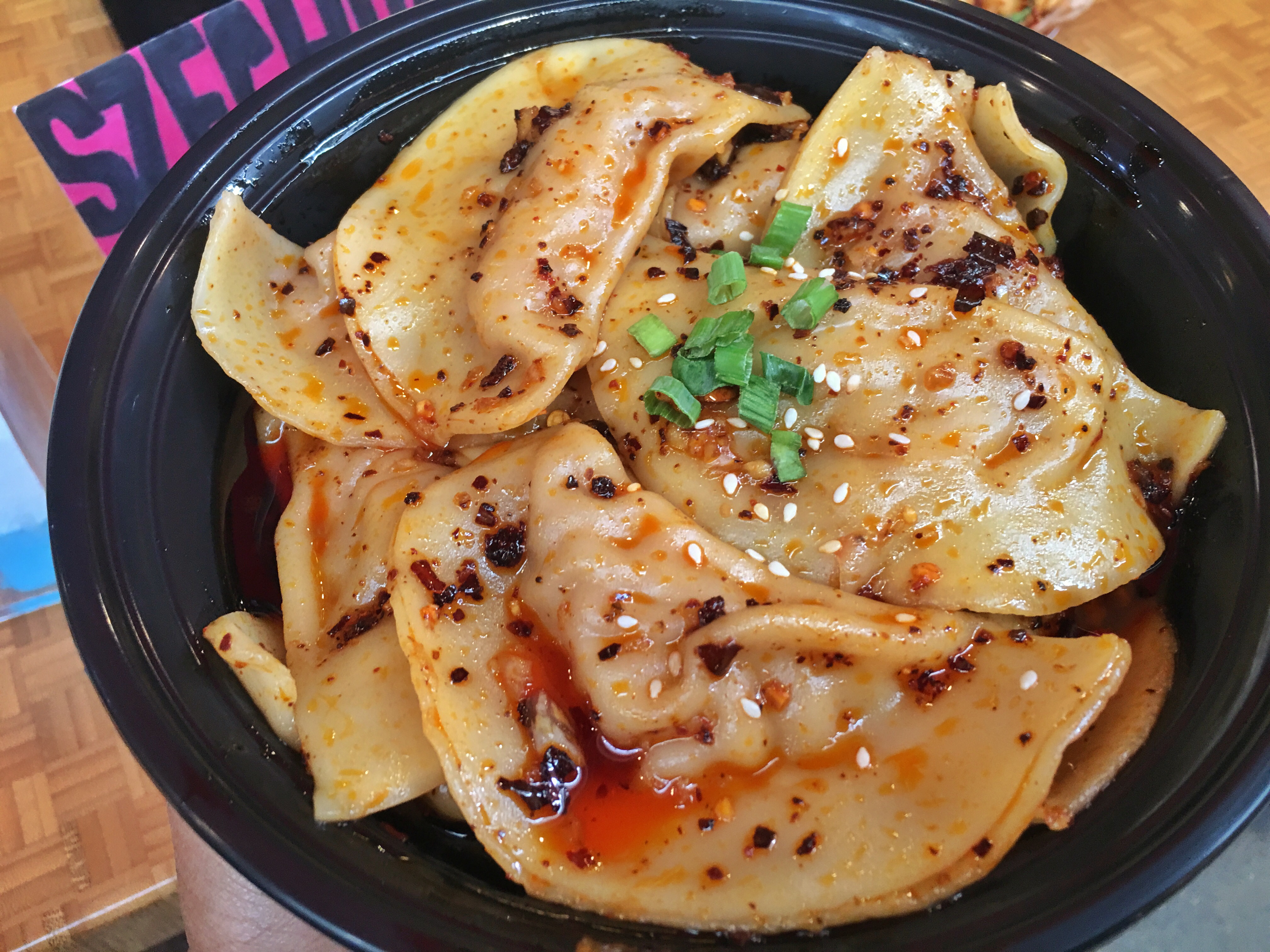 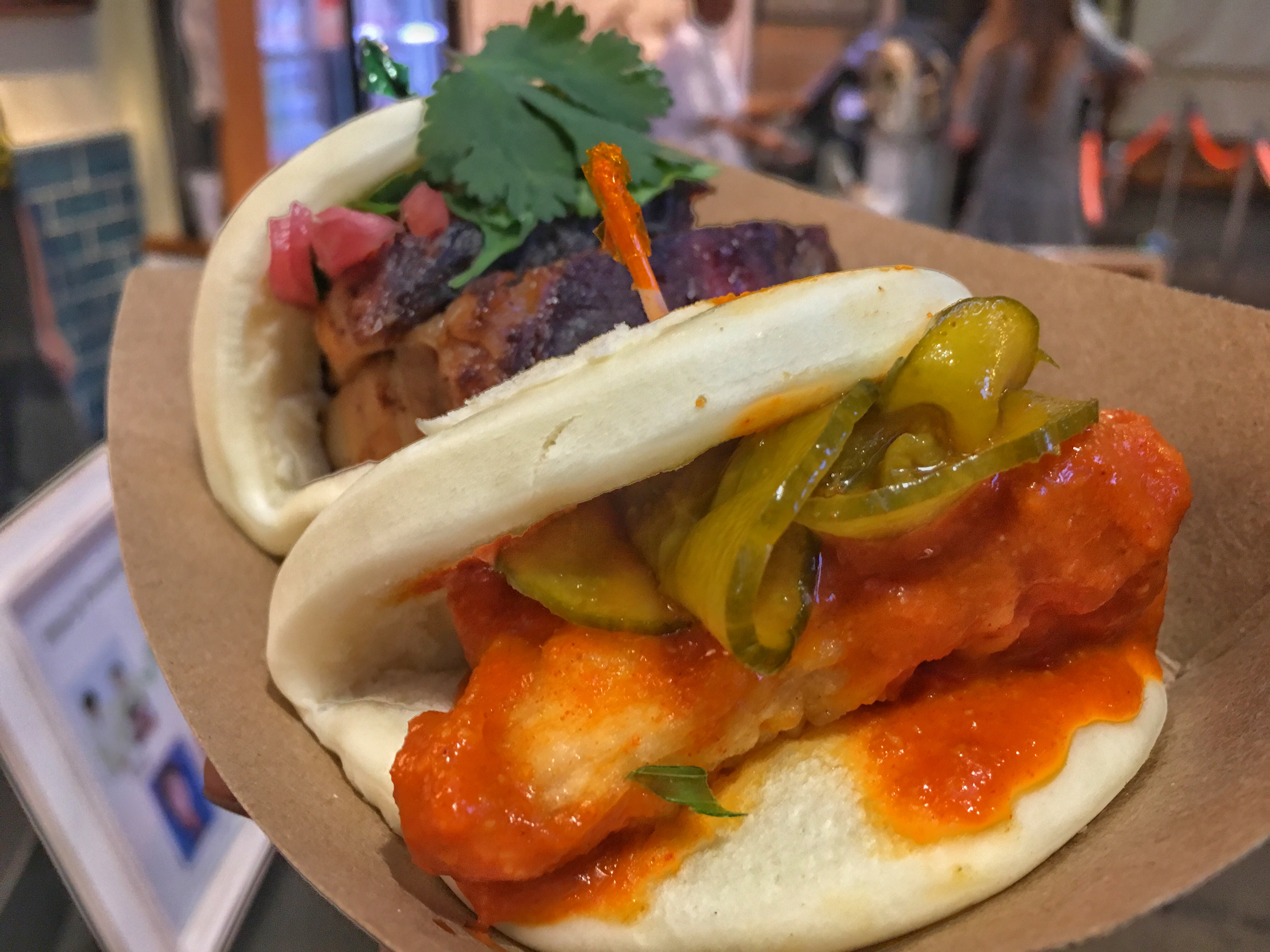 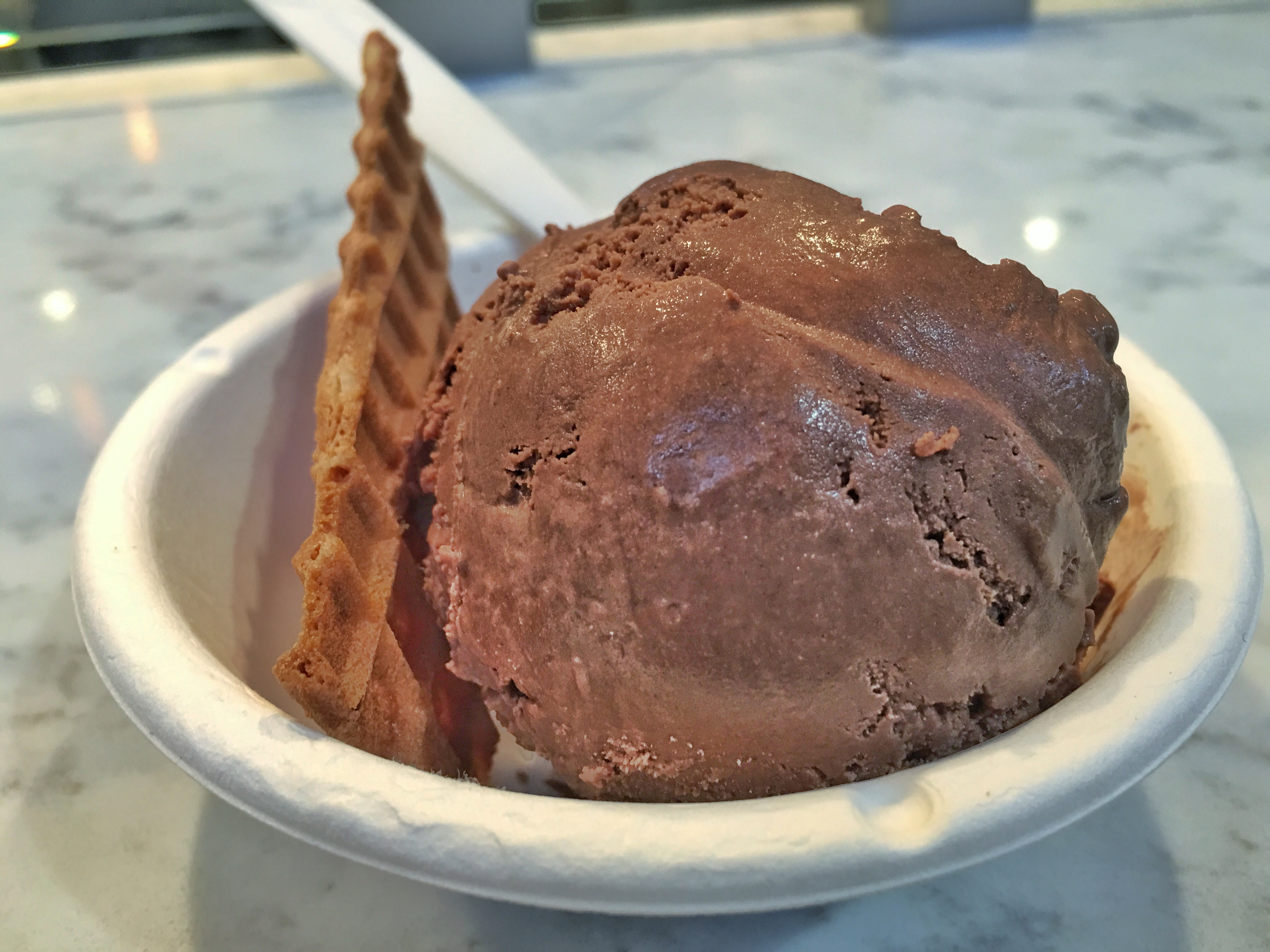 I came for Gu’s Szechuan style Zhong Dumplings and they did not disappoint. Szechuan cooking is know for its spicy kick which the chili oil delivers but keep in mind the dumplings are thick and the pork filling is rich. Equally addictive to good dumplings are good Bao; which for the uninitiated is a steamed bun, either filled or as in this case, folded into a taco like shape, baring delicious gifts like pork belly. Jeni’s Splendid Ice Cream is splendidly pricey but that is just how good ice cream goes. After a lesson in gelato making at Piccola Gelateria in Cheap Eats New Orleans, I know that the stuff you get in the grocery store, even Häagen-Dazs, is loaded with fillers you would never think would be in ice cream. I’d rather pay $5 for a scoop of the real stuff than nurse a pint of fillers and additives any day. 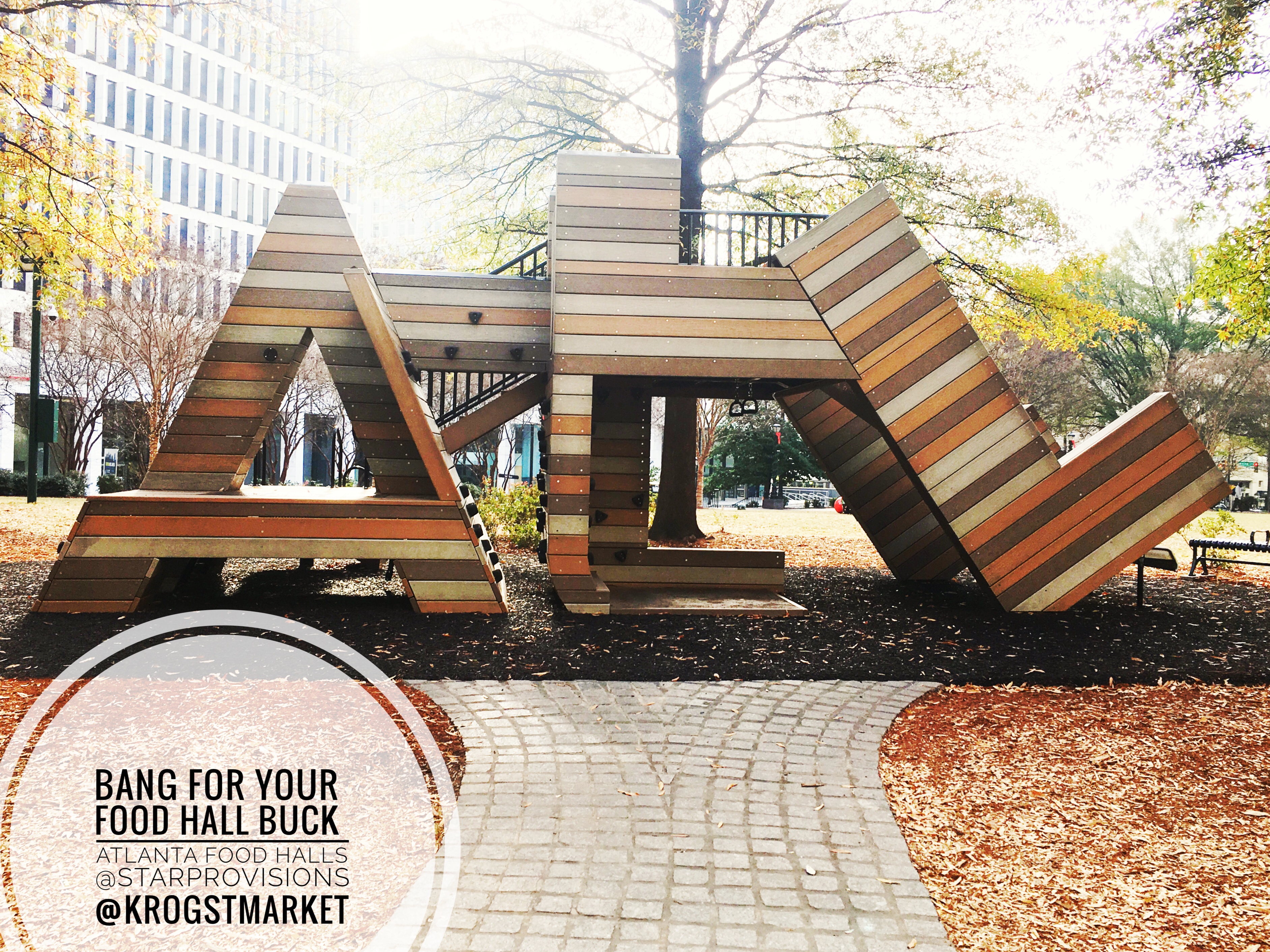 So which of these Atlanta Food Halls served the best Bang for your Food Hall Buck? You probably would expect the answer to be Krog Street Market and you would be right. Beyond the bucks, being the home to such a diverse array of restaurants makes this a true gem amongst the sea of Atlanta Food Halls. Star Provisions is definitely a fine place to splurge and if you crave a burger, Ponce City Market is home to a burger only outpost of Holeman and Finch. And I didn’t even get a chance to check out the other noteworthy Atlanta Food Halls like The Canteen in Midtown, Main and Main and Marietta Square Market. But for the bucks, it’s hard to beat Krog Street Market as the Stay Thrifty choice when it comes to choosing just one out of the many tempting Atlanta Food Halls. 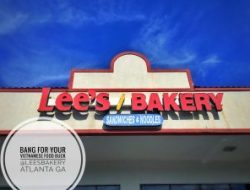 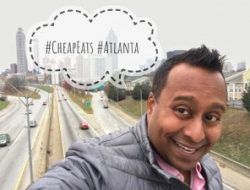 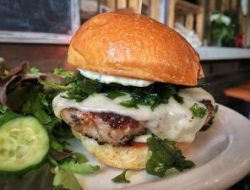 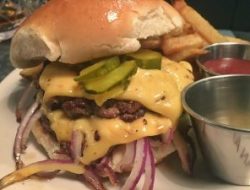