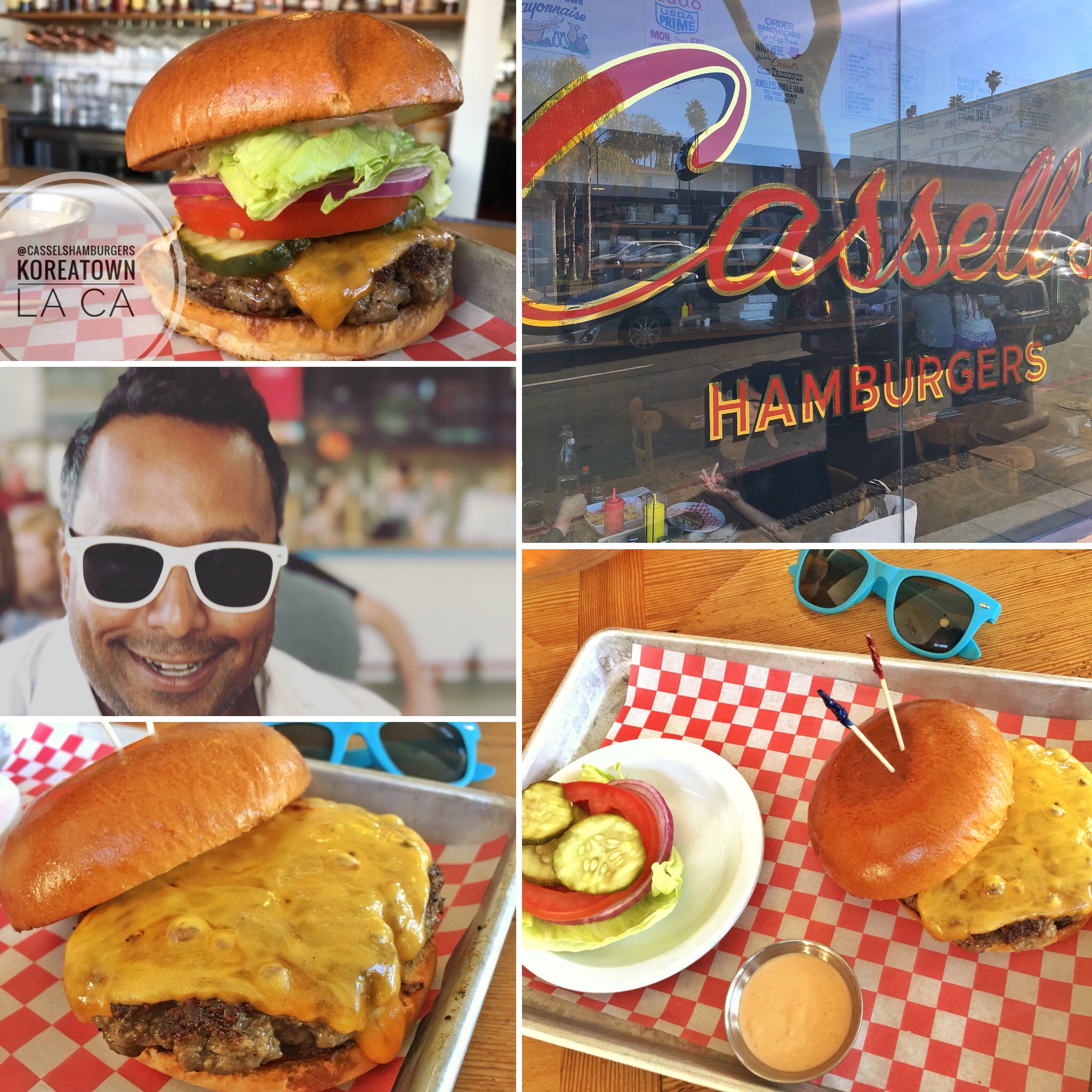 Once upon a time hamburgers were a simple affair. The very best ones were anointed so mostly because of the size and quality of the beef. Cassell’s Hamburgers was such a place, especially in its first four decades of service(1948-1998), when it was considered the best in town by the likes of Pulitzer Prize winning author Jonathan Gold, legendary food writer Calvin Trillin, Jane and Michael Stern among other luminaries. By the time I came around to visiting Cassell’s in the early 2000s I suspect the glory days were in the rearview mirror. Though sold by original owner Al Cassell in the 1990s, the torch was supposedly passed to good people. Sadly my experience was less Los Angeles Burger icon and more “I think I just died and went to Fuddruckers”. By the time I tried Cassell’s, Los Angeles was in the early stages of a burger Renaissance and Cassell’s Hamburgers seemed like a fading burger relic.

This Cassell’s Hamburgers is a sequel of Godfather 2 proportions, at least as far as burger quality goes. It is a near impossible task to resurrect a celebrated eating institution like the original Cassell’s. When a restaurant is so dearly loved for decades, there is a emotional context established that cannot be remade by even the deepest pockets of a successful restaurant group. But one can certainly try. Cassell’s Hamburgers rebooted a few years back with a proper homage in decor, seriously delicious burgers and a lovely beverage upgrade to the tune of a full bar.

The original Cassell’s Hamburgers had you walk down a cafeteria line, tray and all, passed a salad bar loaded with toppings for your burger. I think the new Cassell’s Hamburgers honors that both with the metal tray and the fact that you have to place the toppings on your burger yourself. On a recent visit to New York City, I experienced this “put the toppings on yourself” procedure at the legendary J.G. Melon and West Village institution Corner Bistro. Both times I realized how precarious a burger build can be become when not dressed by the capable hands of a chef. I was two for two on having a burger that was coming apart after the first few bites. Not an issue at Cassel’s where the patty boasts a diameter of a small pancake. The resulting surface area can accommodate like toddlers climbing onto mommy and daddy’s new king size bed.

Cassell’s Hamburgers also knows how to deliver a cheeseburger: with cheese melted onto a patty like they took a crème brûlée torch to it. I don’t always get cheeseburgers, but if I do, the cheese has to be melted and if it isn’t, I will send it back. I’ve never actually done that but I might start to. I mentioned earlier that the burger is wide, well you can also see its got a decent thickness to it as well. And this is the 1/3rd pound. You can also order at 2/3lb or double up on the 1/3lb patty but trust me, the 1/3lb is plenty of burger. Perfect ratio of meat to bun and you will walk away full.

Taking a page out of the Umami Burger playbook, Cassell’s Hamburgers uses a Portuguese Bun. Like the Cassell’s Hamburgers of old did, Cassell’s 2.0 uses great produce and great beef; specifically USDA Prime Chuck and Brisket sourced from Colorado. With a little Thousand Island dressing kicking it in the background, you have here a 21st century embodiment of a classic California diner burger, though a bit more generous and particular with the beef and overall ingredients.

While $11.75 may not be the cheapest deal in town, consider that renowned burger joints like Pie ‘N Burger and Apple Pan offer comparable prices but far less burger. And neither have a full bar. I may have not seen the greatness of the original Cassell’s Hamburgers but when I factor the overall quality of ingredients, the size of this burger and the fact that I can wash this puppy down with a bourbon means I have a new “classic LA burger go to”. Yes my friends, I think it is fair to call it: Cassell’s Hamburgers has some Bang for your Burger Buck. 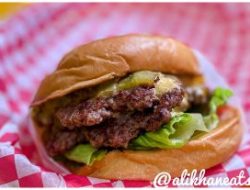