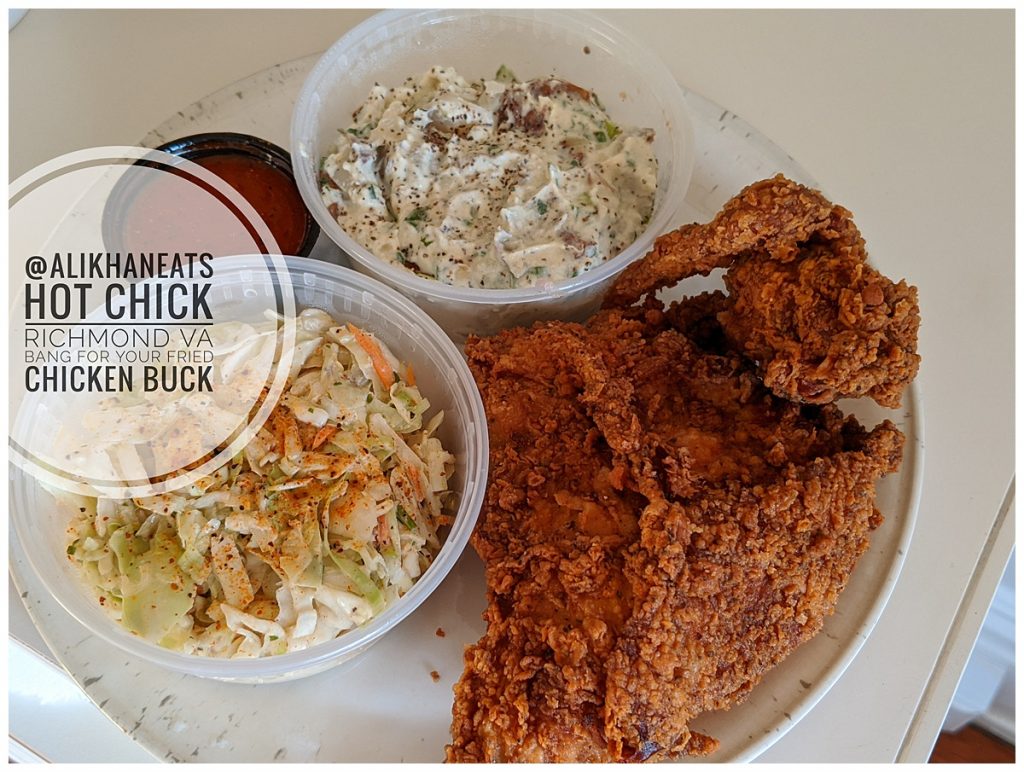 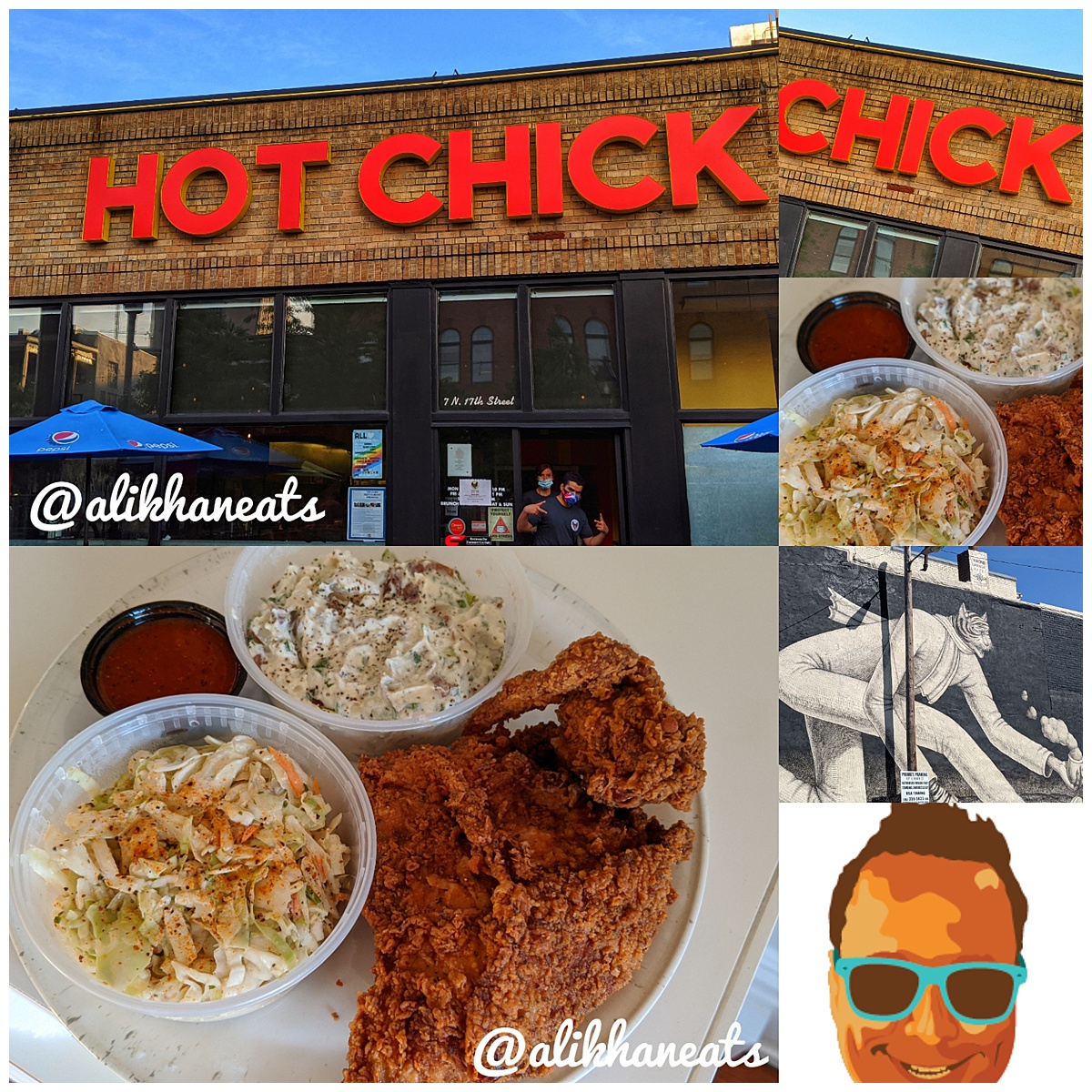 Down in the historic Shockoe slip of Richmond VA, Hot Chick Fried Chicken hits the two most important factors in great fried chicken: crunchy exterior and juicy meat. Bam. That’s it. That’s what it takes. And the crazy part is that when I took my first bite of Hot Chick and experienced that crunchy exterior and juicy interior, it happened not in the dining room, but after it had been bagged up and brought back to an AirBnB some 10 minutes away. That is an exceptional feat. 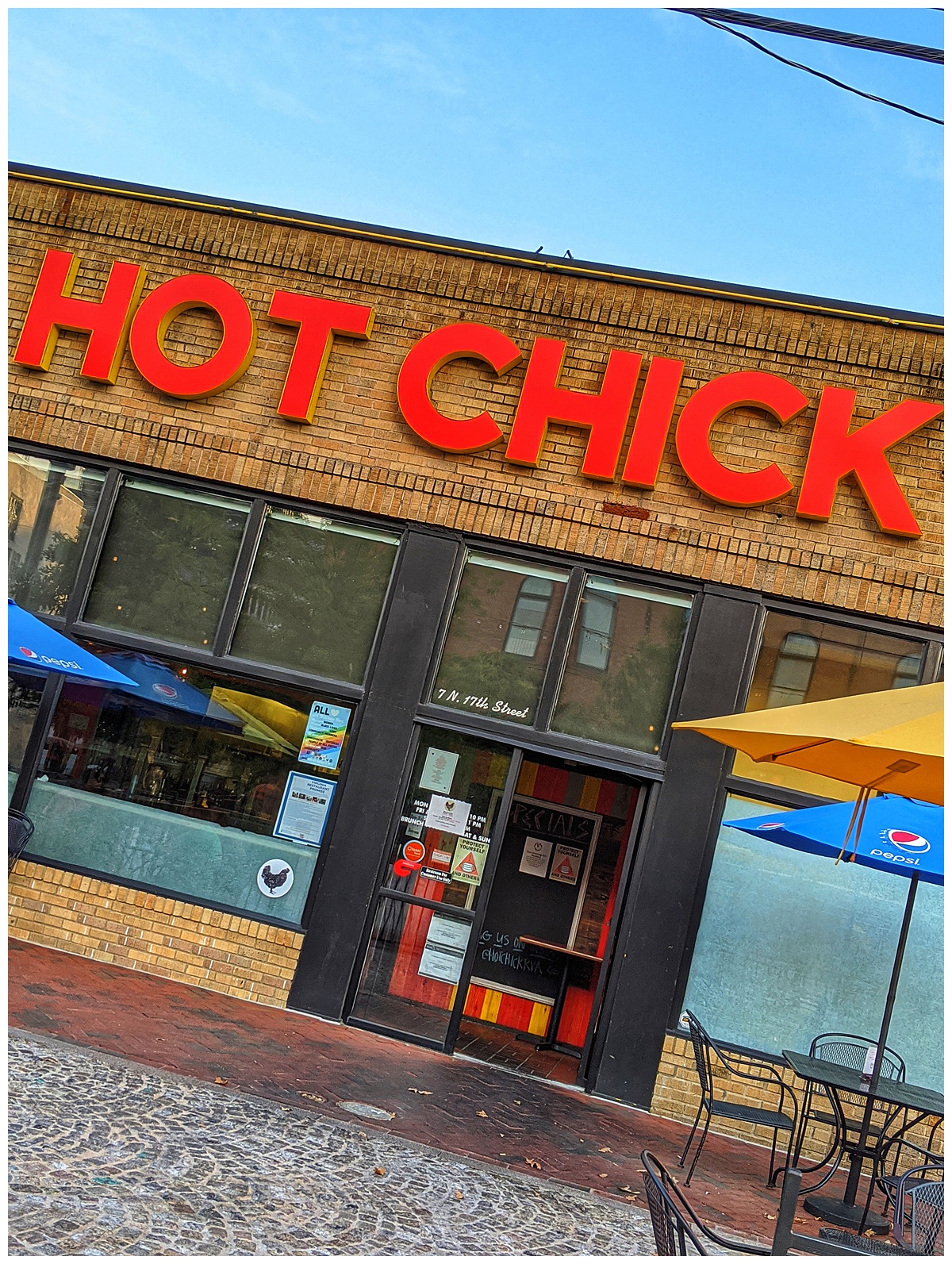 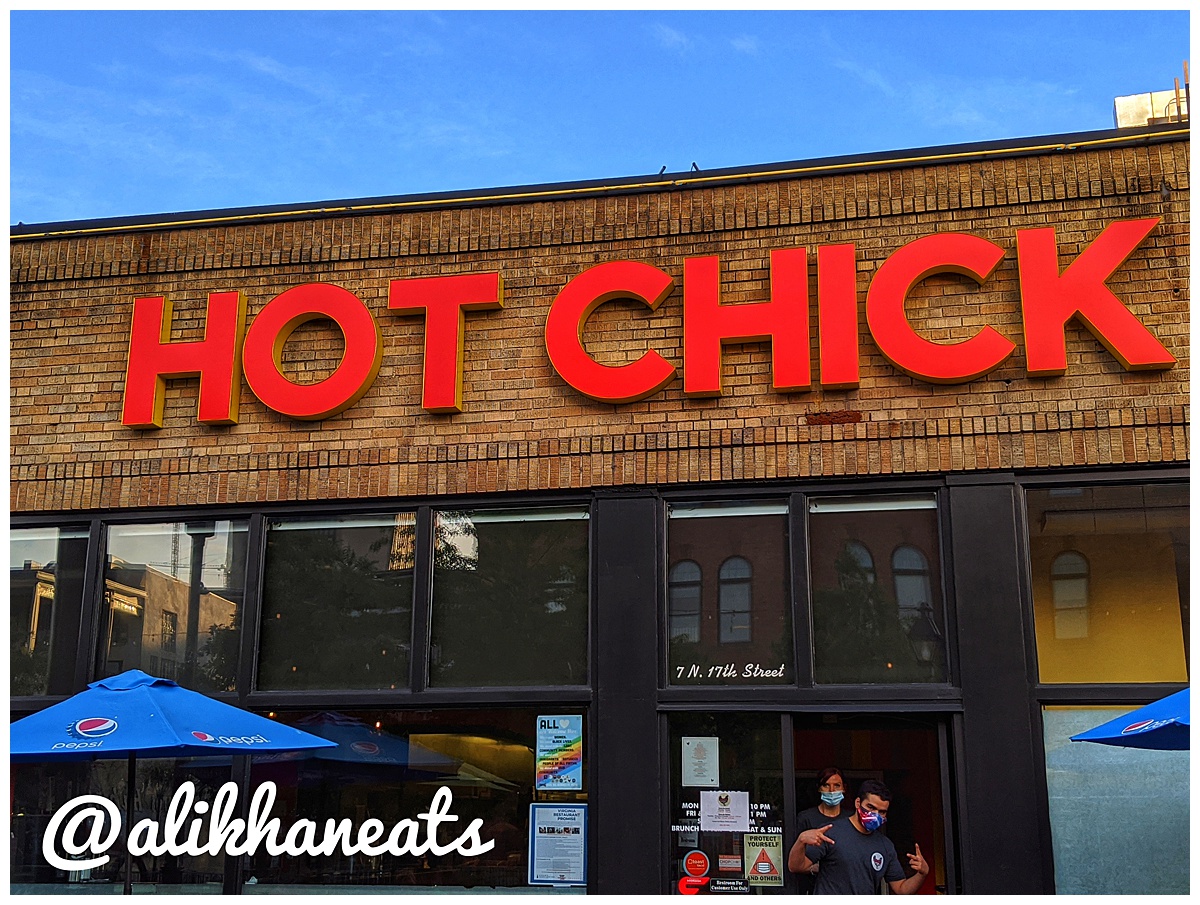 Back to the RVA

Almost a month ago I found myself traipsing through The South, stopping off here and there to check out some Civil Rights historic sites. Which brought me back to Richmond VA, almost four years after I did an episode of Cheap Eats there. Then, as in now, I really enjoyed the food scene and overall vibe of the RVA. There is that “cool” factor here that reminds me of Austin. Unlike Austin, there is a strong fried chicken game. Damn strong. And Hot Chick Fried Chicken tops the list. 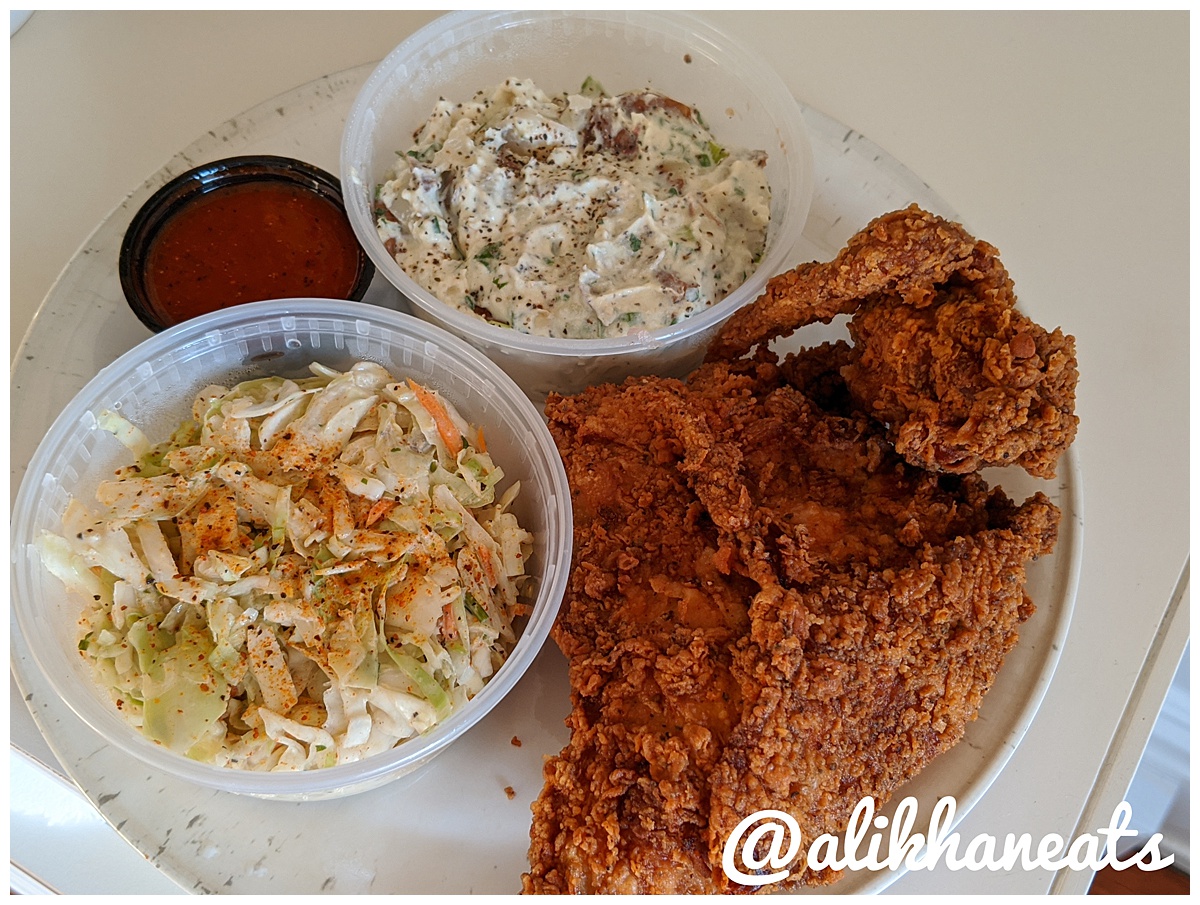 A rep for sandwiches

Hot Chick is known for their fried chicken sandwiches, and spoiler alert: they ain’t cheap. The cheapest one will run you $11 and then there’s the Bad Mutha Clucka that doubles down on two chicken breasts along with bacon, coleslaw, Muenster cheese, pickle, ranch and honey mustard which will set you back $20. Getting bone in fried chicken is relatively more affordable. A two piece with a side will run $9. A fare that is pretty darn fair in my humble opinion. 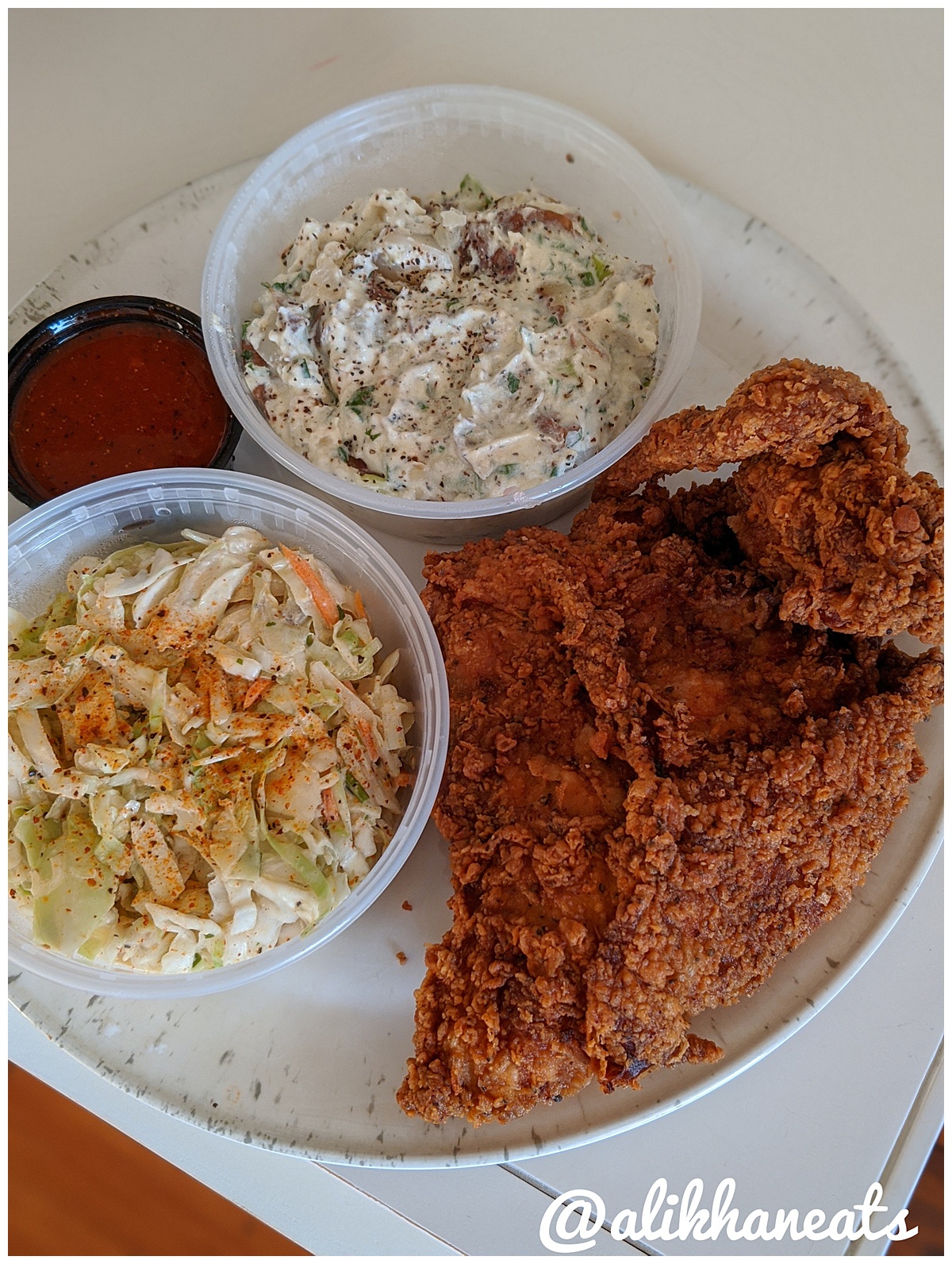 Nashville Hot. Or is it?

As far as sides went, I stuck to the classics: coleslaw and potato salad. I also wanted something creamy and cool in case the heat of this chicken aired on the unbearable. This caution carried on with my request to have sauce on the side. Surprisingly, the heat was far from unbearable. The hot sauce was a bit of a cross from the chili oil you get in Chinese dishes from the Szechuan province plus honey. In other words, the sauce was delicious.

But that chicken. As I said in the beginning: magnificently crisp and juicy. Even when ordered to go. My one regret is probably this blessing: as much as I want Hot Chick Fried Chicken in my local carryout rotation, I’m probably 10 pounds lighter that it’s over 1000 miles away. Yet another Hot Chick that is safely out of my reach. 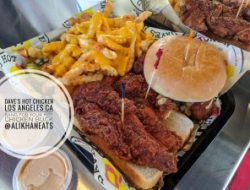 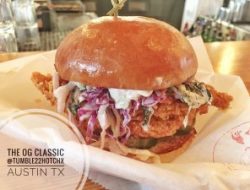 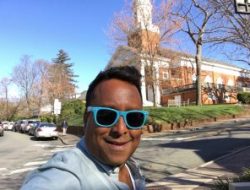 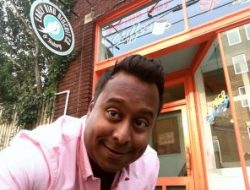