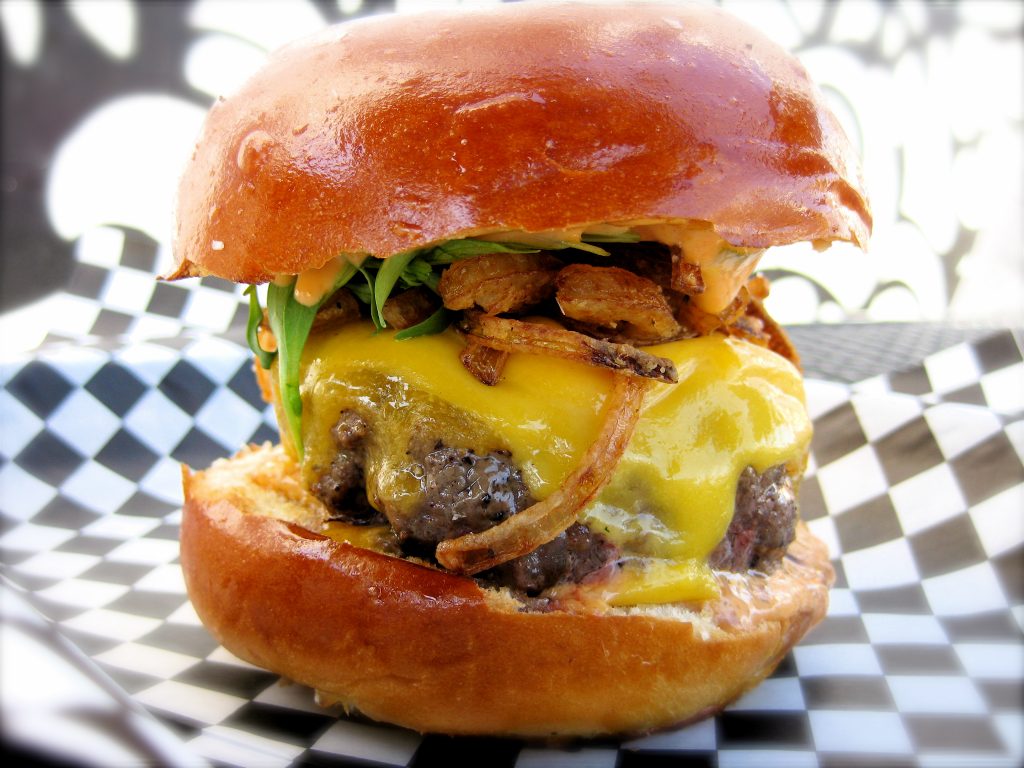 Musicians know a thing or two about dining on a dime. So after finding out that Executive Chef Wes Lieberher played in bands for years before putting both feet into the world of professional cooking, a clichéd chin rub and and “aha” soon followed suit. Whiz is Chef Leiberher’s second effort after the founding of Beer Belly, his much celebrated Gastropub in Koreatown. If I had to simplify my passionate and periphrastic exploration of Bang for your Burger Buck into two camps, one would be called “cheap ass burger stands” and the other would be “yup, another gastropub“. Bawdy camp titles and elitist words like “periphrastic” aside, a sincere point is to be made here: skilled chefs who choose to serve up their skills at a reasonable rate, have been a blessing in our current Culinary Era. Gastropubs, in my opinion, should be partially subsidized by the Federal government as the increased availability of good food to the masses can only improve our overall health, making us more productive citizens, thereby elevating society at large. The occasional duck fat fry is far better than the binging of super sized frites while navigating a drive thru. If you love food and live within a budget, than the the phrase “gastropub” should evoke not a sarcastic eye roll but a slow rolling tear drop that signifies the rise of America as an enlightened Super Power of 21st Century.

Ok, enough of all that. Let’s talk about burgers. 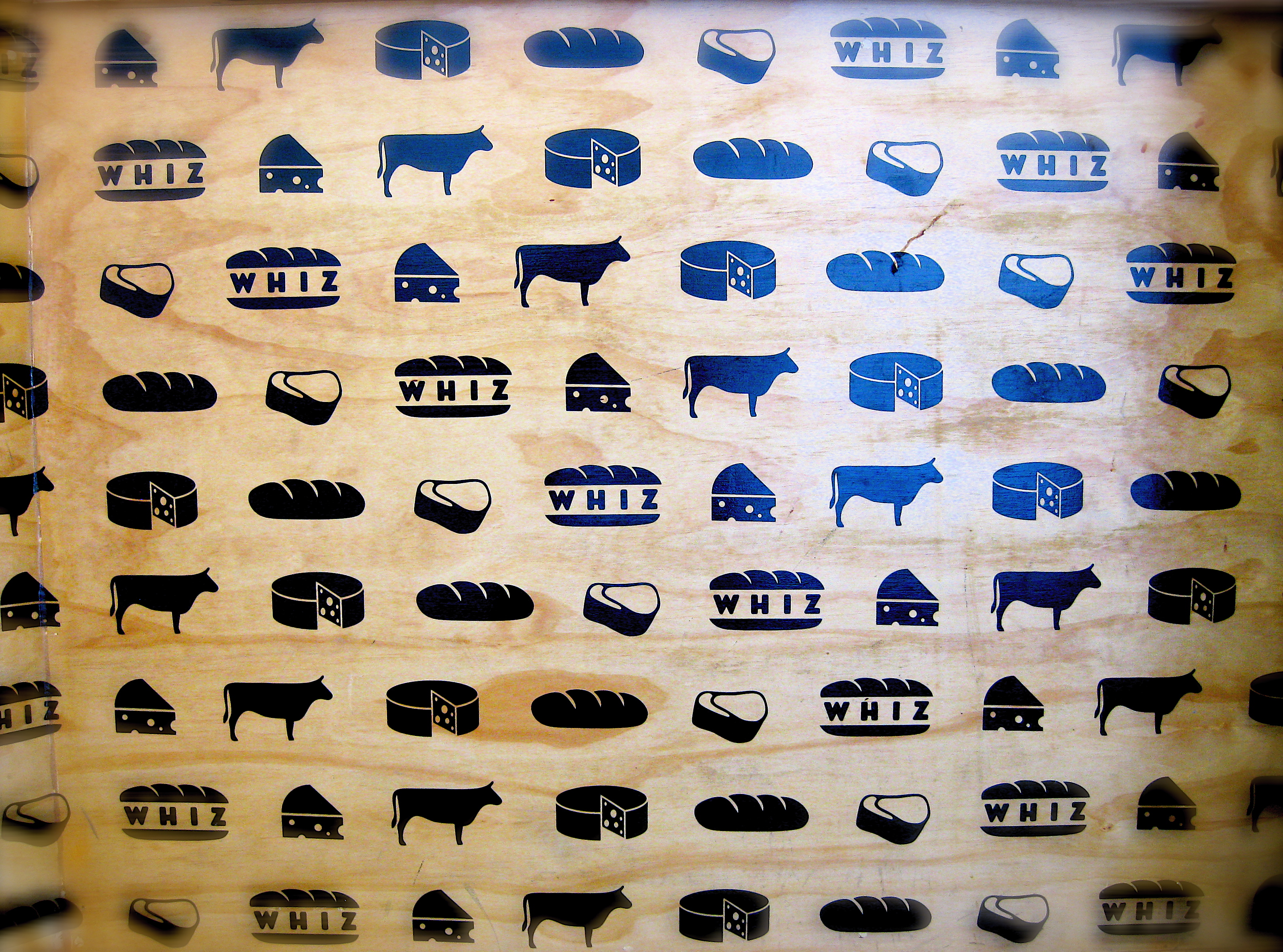 With a name like “Whiz” and a quick glance at the menu, you soon realize you would be remiss to skip over any sandwich served on an Amaroso roll – that’s the bread of choice in Philadelphia. And they looked hefty, almost making the $10 price tag seem like a steal but, the name of the game here is Bang for your Burger Buck and the P Dub burger at $7.95, is one righteous deal on the menu here. 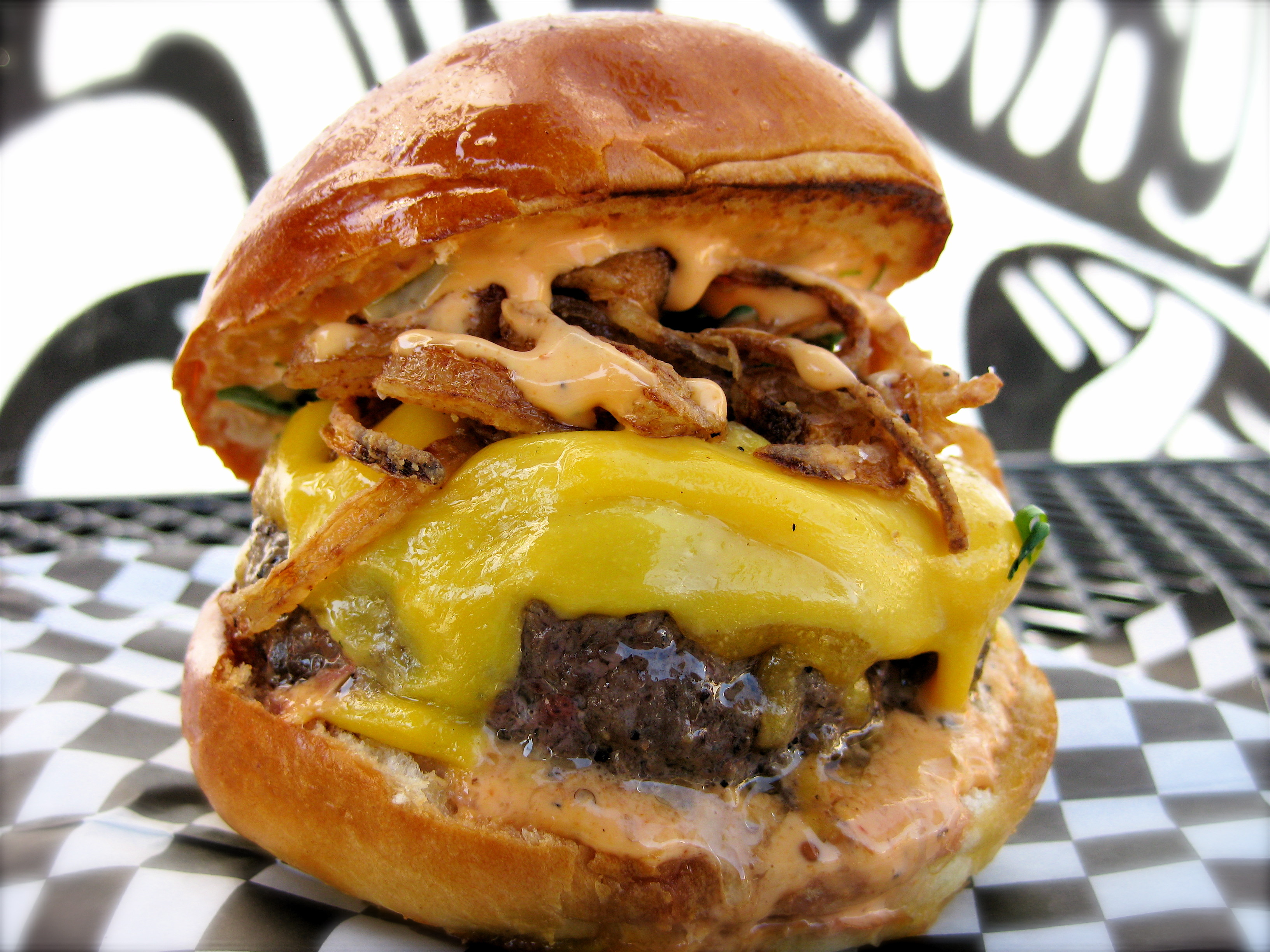 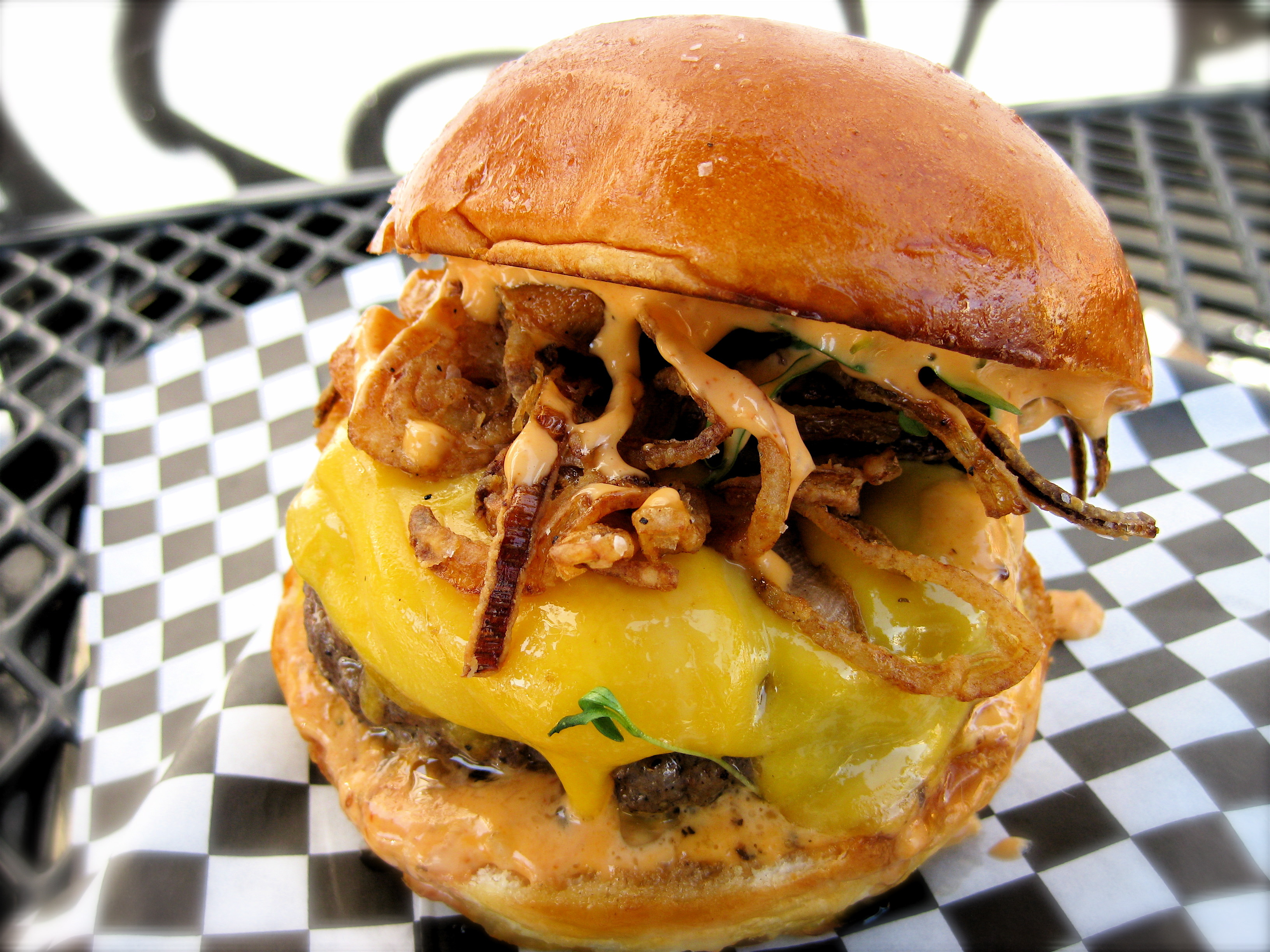 The price made the decision to go P Dub easy enough.  What did give me reason to pause was the toppings choice. While my burger escapades have racked up countless slices of American and Cheddar, the rest of the toppings: Sriracha Island dressing, fried shallots and micro cilantro represented a trio of firsts. And that last one, micro cilantro, was the most troubling. Being reared in a Bengali kitchen, I pretty much grew up gagging on the stuff. At some point in my 20s, possibly due to the rise of eating really awesome Pico de Gallo, I got over my aversion – I now use it freely but ensure that it is paired with other bold flavors like garlic or cumin. Still, the idea of putting it on a burger was perplexing, but the alternatives on the menu were a little to pedestrian. The Breezy Bacon Burger, not surprisingly, consisted of bacon, some ketchup, more cheddar, Iceberg lettuce and something called House Italian Mayo which while unusual, was still fairly familiar. The Sriracha Beast, a behemoth of a burger, priced just outside of the Bang range, pretty much threw in the kitchen sink as far as toppings go by way of french fries, an extra patty, grilled onions, Velveeta and more of that Sriracha island. Compelled by price, I took a leap of faith in Chef Liberher’s P Dub – and I walked away knowing I would order this burger again and again. 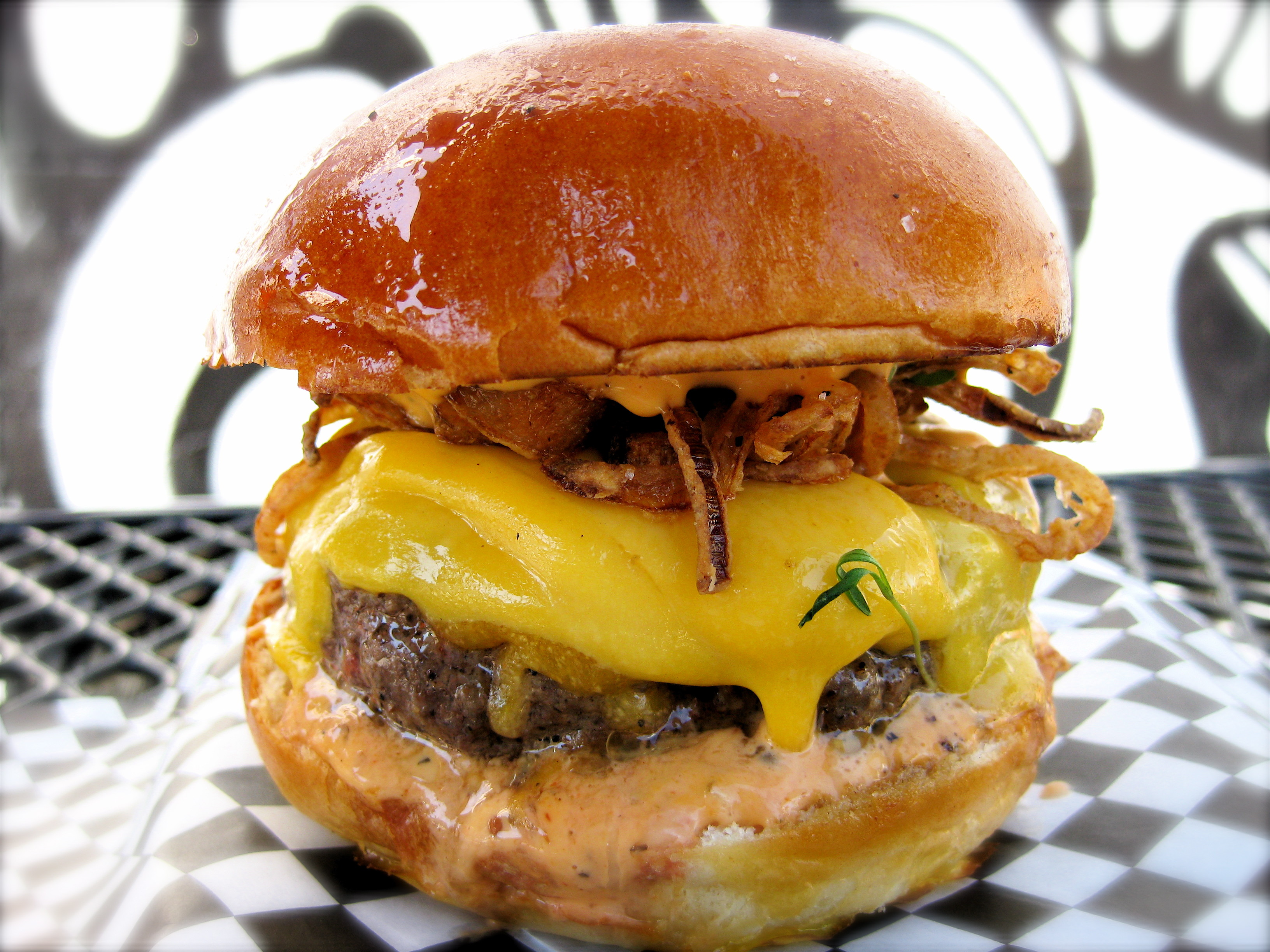 I don’t think you can pin down one single type of cheese that makes for the perfect cheeseburger, but I will say that you will strike a chord with many people by recognizing the power of American Cheese. Just looking at that queso cascading over the edge of that patty is a reminder that American Cheese  provides a salted buttery punch second only to salted butter. In this case, the mix of American and Tillamook cheddar is exactly why “Gastropubesque” burgers have earned a place in our hearts and stomachs – we want a chef’s take on America’s favorite comfort food. In the case of the P Dub, the burger ultimately tastes more comforting and familiar than it reads off the menu. The fried shallot came off as a sort of more subtle onion ring. The Sriracha sauce was more like a Thousand Island with a slight Sriracha kick. And as for that cilantro, my childhood herbaceous nemesis, well it turns out being micro was just the right amount. In a way, it’s like Lieberher is slipping in unusual flavors the way a parent hides the occasional vegetable under melted cheese. He twists what is essentially a barebones cheeseburger into a burger dusted with flavors from an Asian pantry without sacrificing an ounce of comfort food appeal. A burger you would gladly reach for after a couple lagers, or a post dispensary trip. Or maybe your lunch break if you happen to be a City Utility worker – I saw two there last week and they were repeat customers no less. 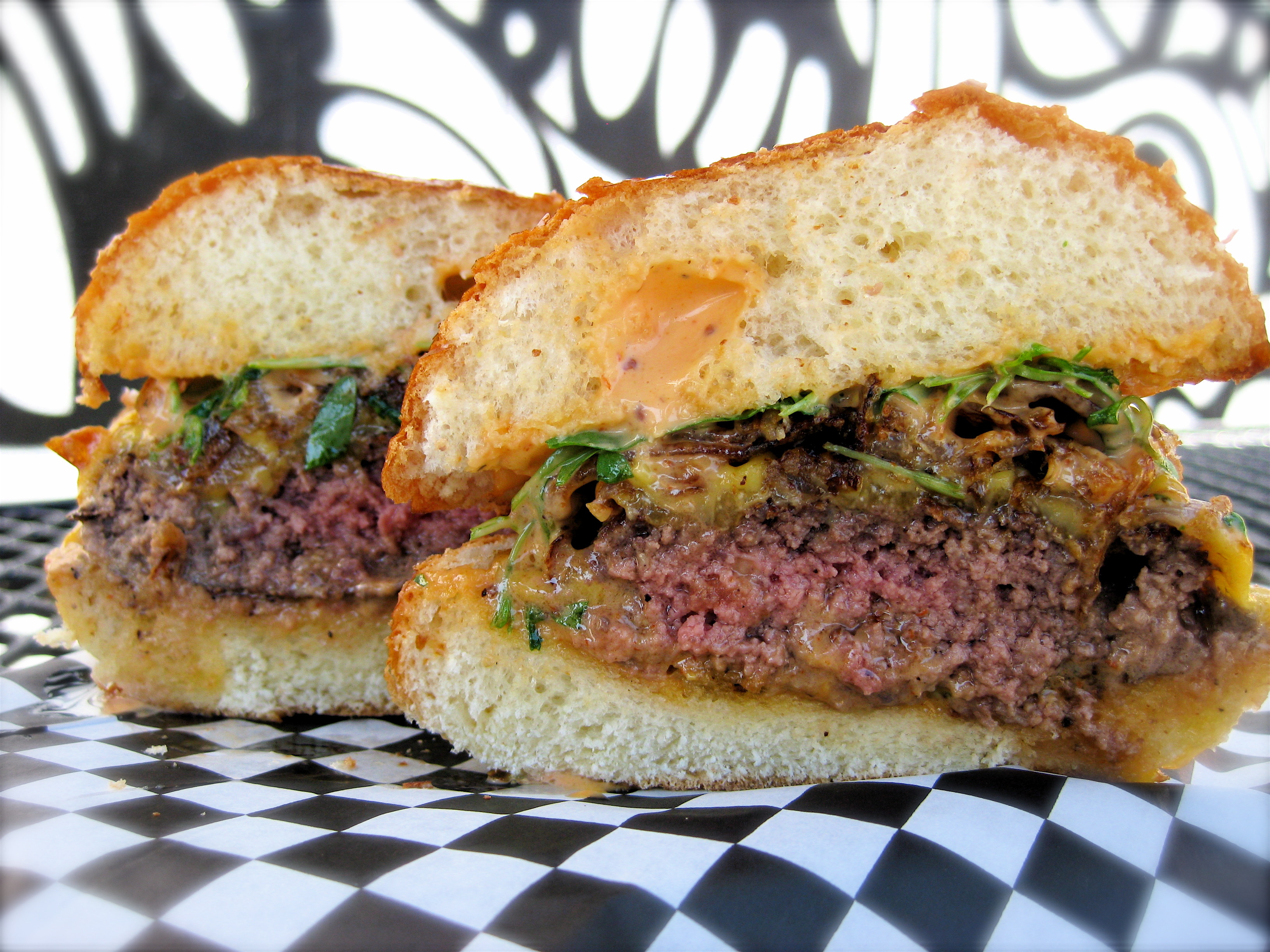 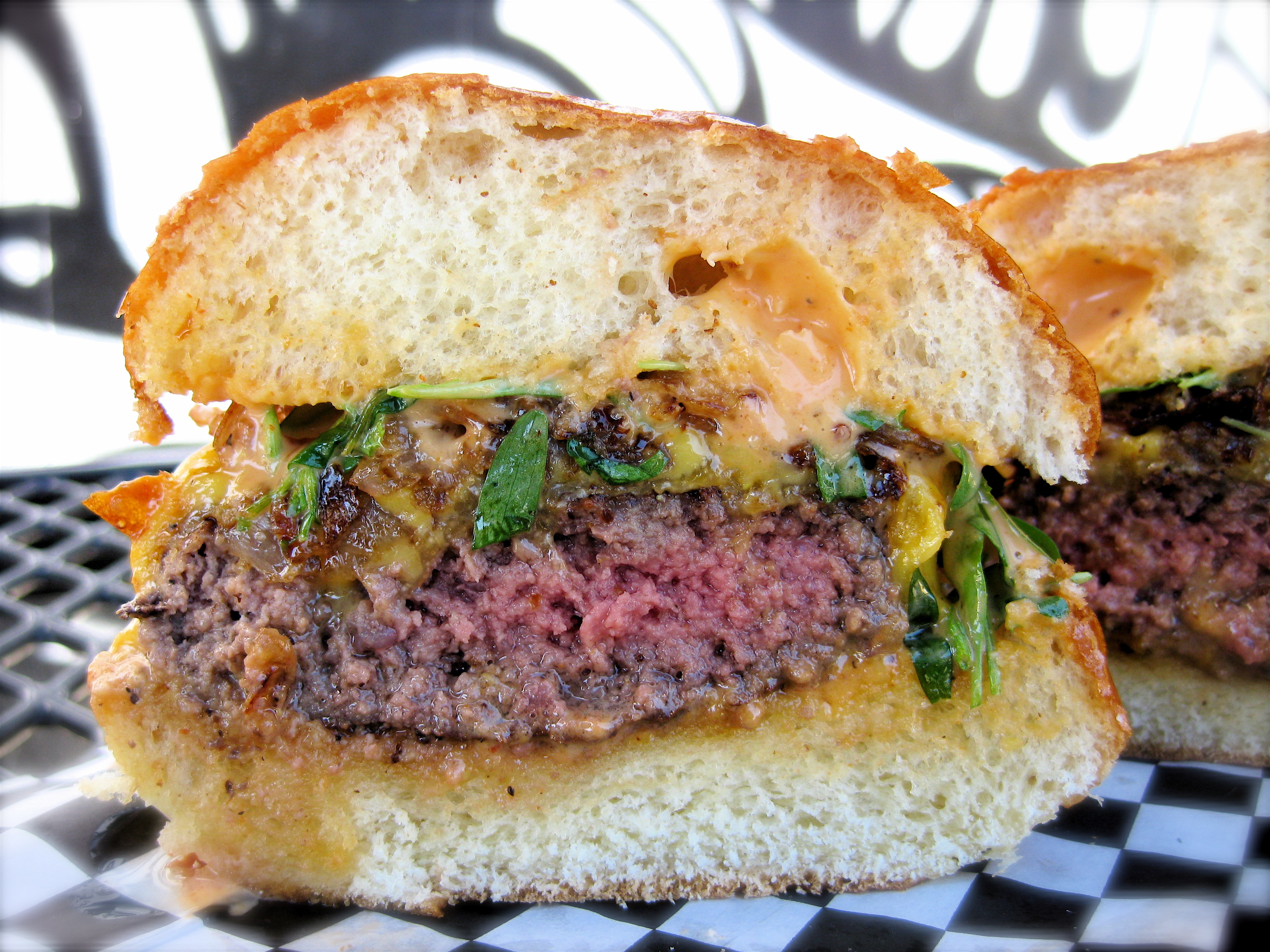 As one would and should expect in a “Gastropub-eque” burger, serving the P Dub medium rare is more than feasible thanks to using reputable beef, in this case Angus hormone free, and these well trained line cooks oblige burgers requested rare without hesitation. Lieberher was not there in presence when I attended Whiz, but he certainly was there in spirit. It’s pretty awesome when you go to a spot for Bang for your Burger Buck and you find that the staff raises the flag high. They believe in the product and the man. And I believe that Whiz will make me a semi bloody burger any day of the damn week. 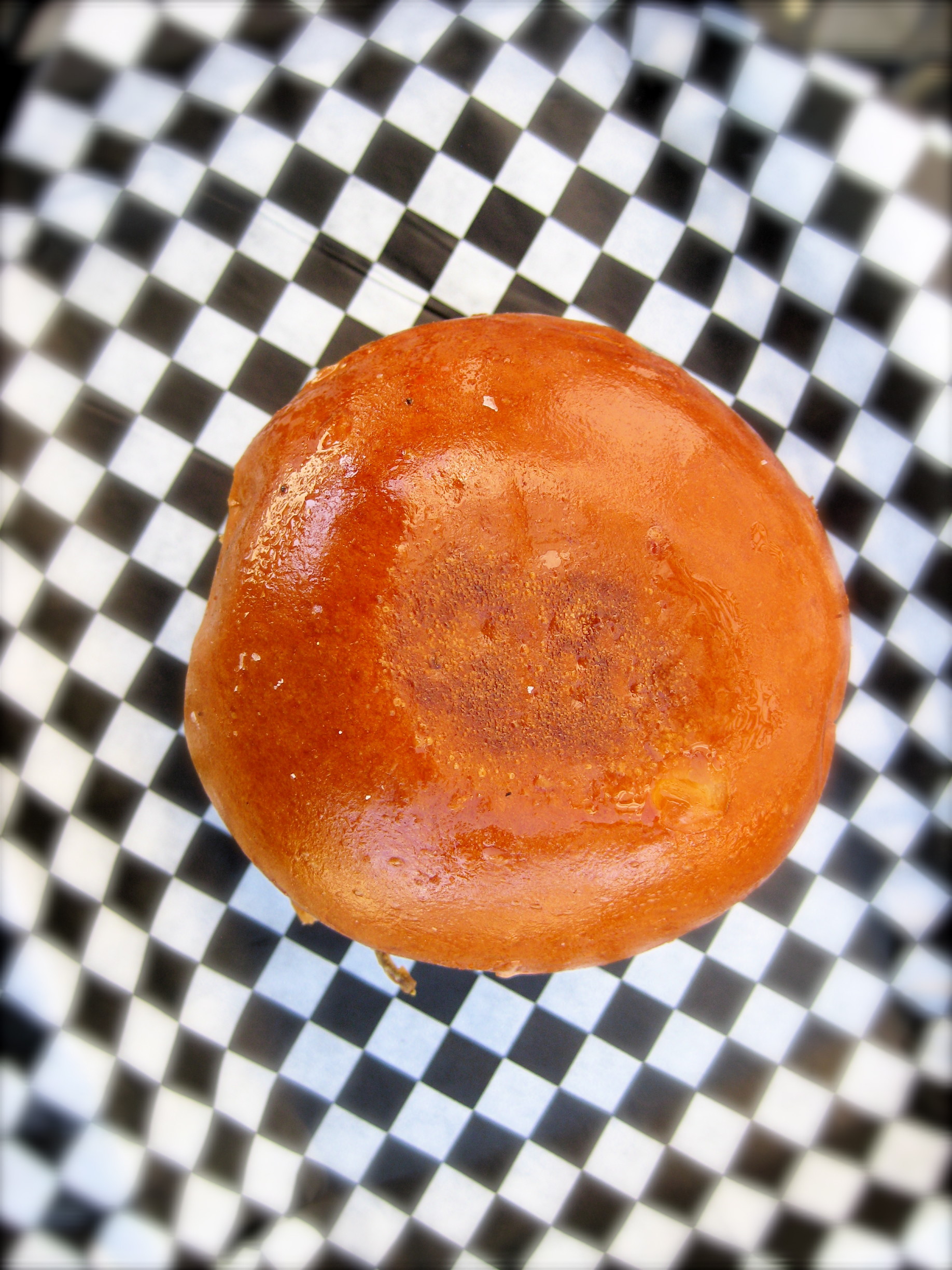 But Bang for your Burger Buck isn’t always half priced roses and if I had one bone to pick with this beef burger than it would be with that infamous bun that begins with the letter B: Brioche. Chefs of Los Angeles who sculpt from the medium which is burger – hear this cry from a humble citizen who in all honesty isn’t worthy to carry your whites: we have grown weary of the almighy Brioche bun. We encounter more burgers that accommodate the flavor profile of this carb as if it was as essential to the burger experience as keeping a round shape(sorry Wendy’s, it was a mistake). And for the record I hate pretzel buns far more, but an opportunity exists for burger bun evolution, just don’t look to the guy invented the cronut. 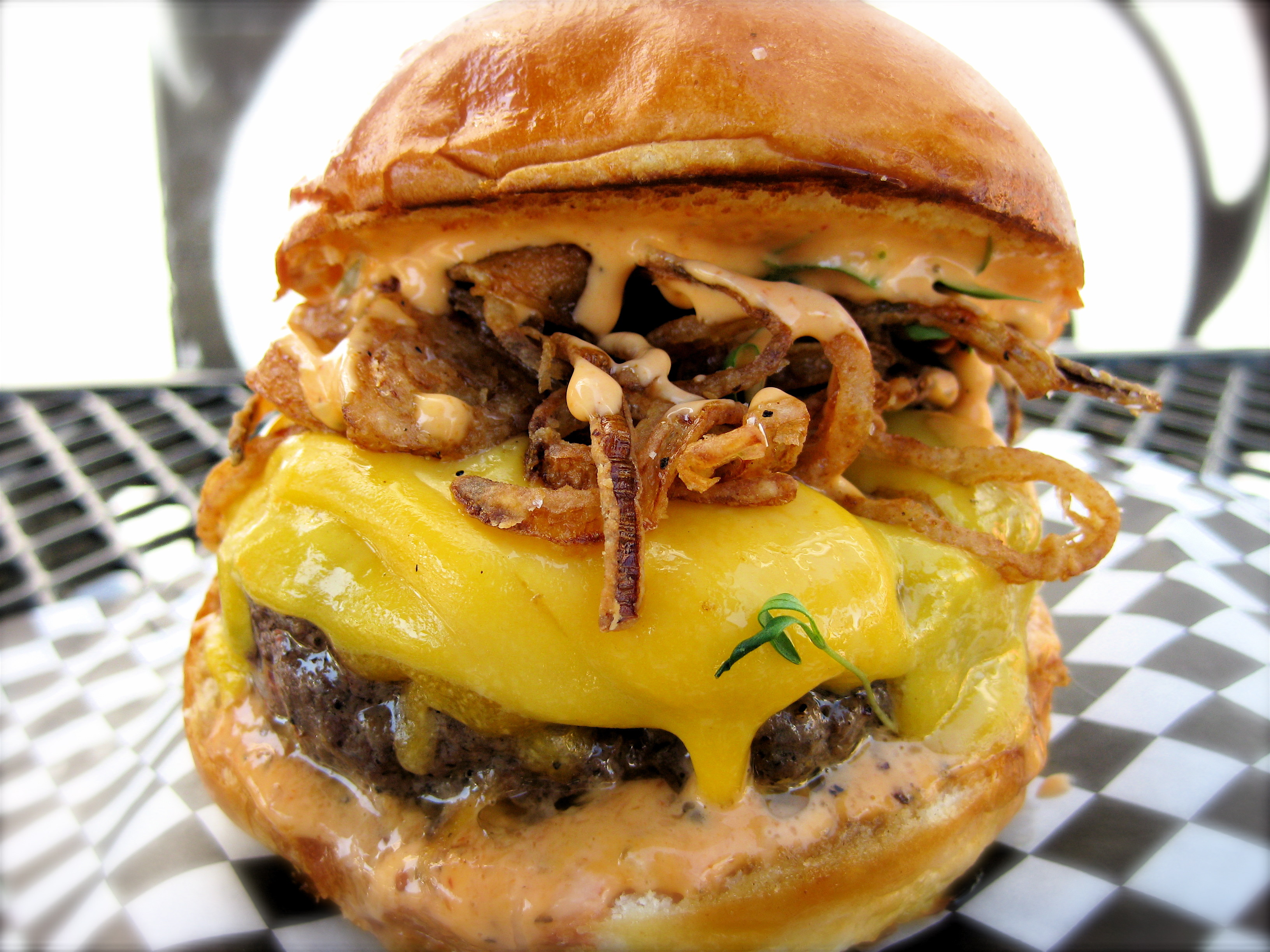 Speaking of opportunity, that’s what I am perhaps most excited about with Whiz and really Chef Wes Leiberher. I think his best burger work is yet to come and in a city with plenty of players in the game and escalation of prices eminent – I’m putting my chips on a sharp little sandwich shop in Ktown that can pull in the blue collars and popped collars, and keep em coming back with that Bang for your Burger Buck. 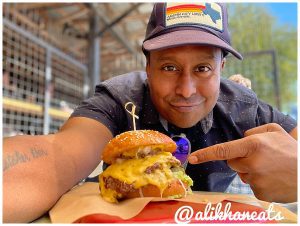 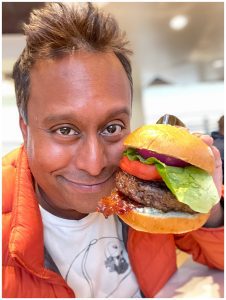 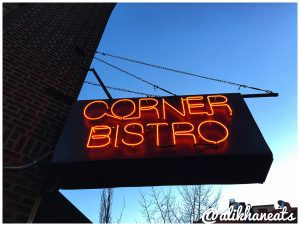