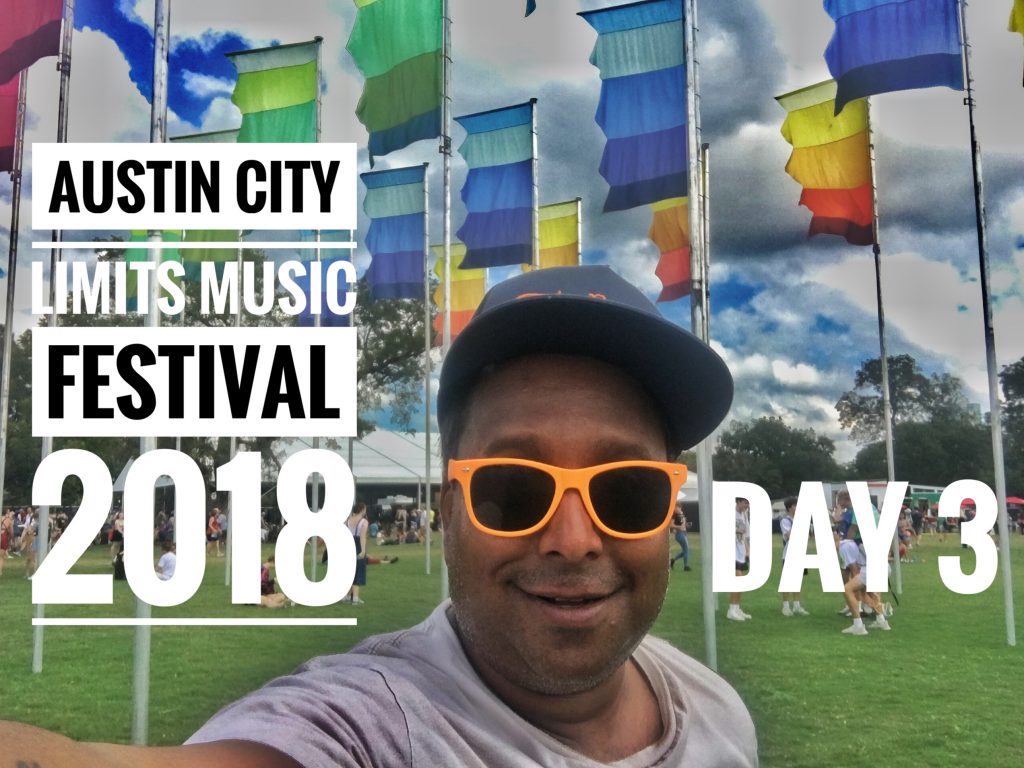 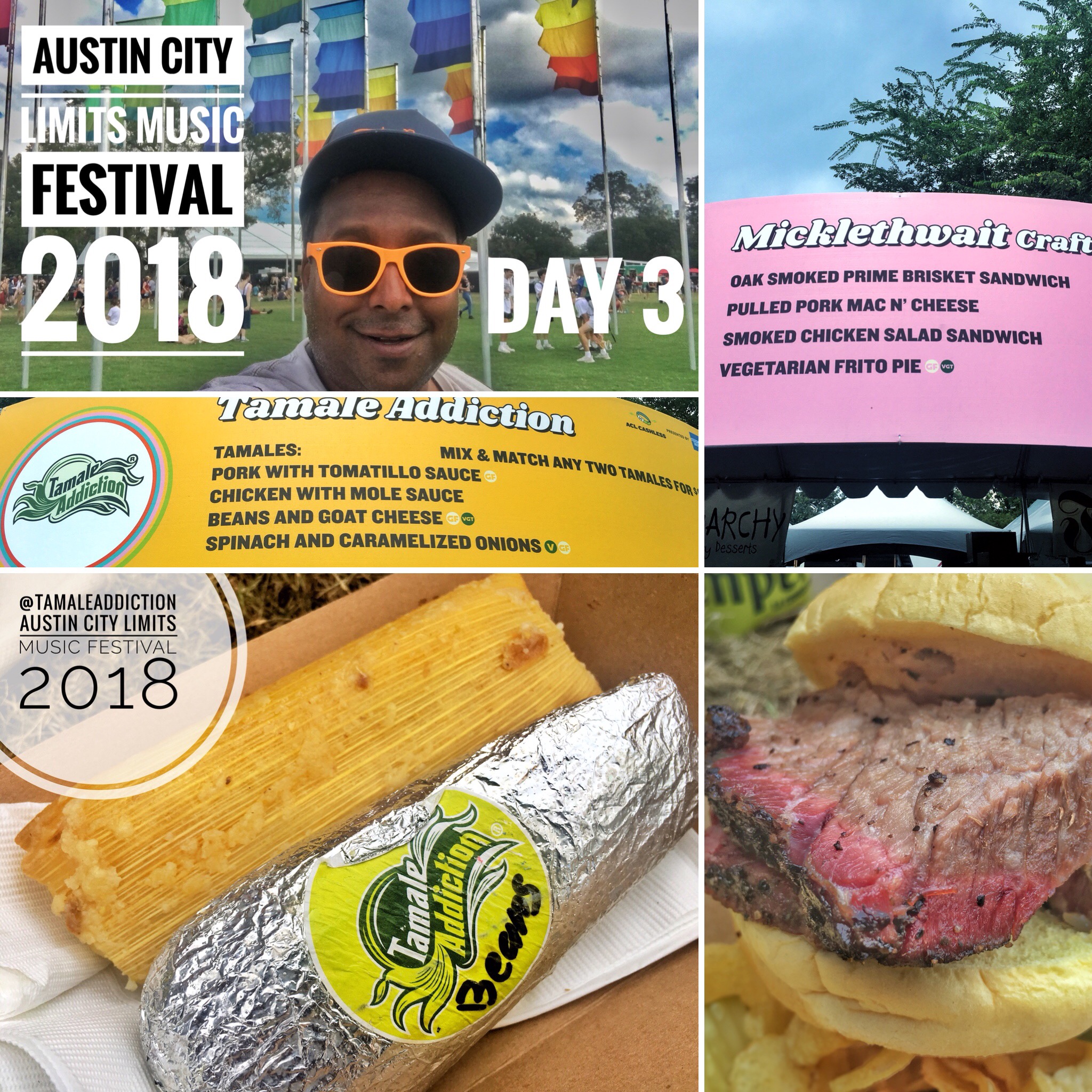 Day 3 of Austin City Limits Music Festival would be the grand finale of my ACL Eats Fest, and I think I went out with a bang. Micklethwait Craft Meats is not only my favorite vendor amongst the food court here but also ranks up there with the top three best barbecue joints I have ever been too. But don’t sleep on Tamale Addiction, which ended up being the biggest surprise ACL Eat of the festival. Which one will be my ACL Eat of the day? Well there is one way to find out! 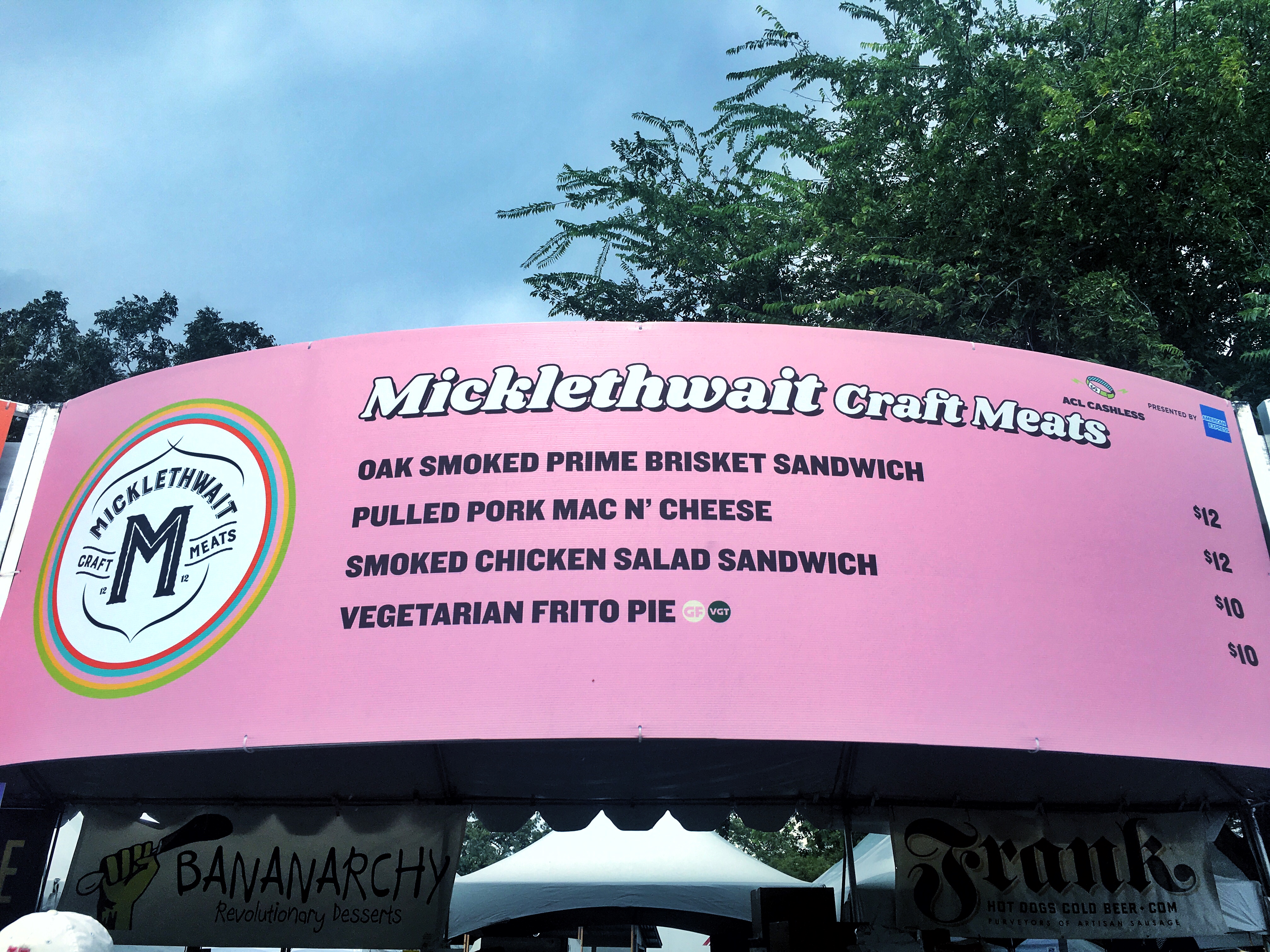 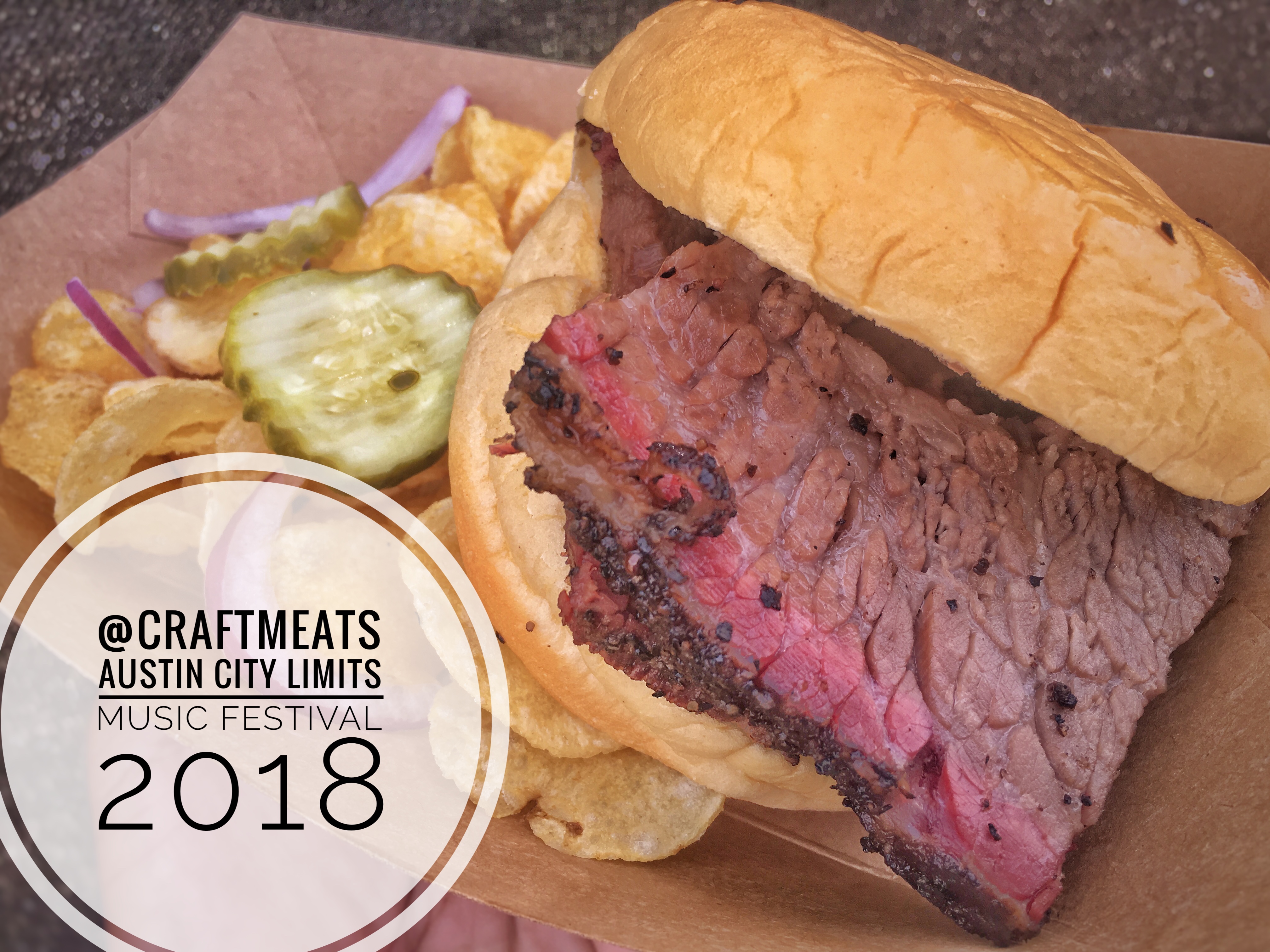 The Vitals:
the spot: Micklethwait Craft Meats 1309 Rosewood Ave Austin TX 78722, at the ACL main food court
the eats: Oak Smoked Brisket Sandwich
the bucks: $12
the full nelson: the most underrated brisket in Austin is served at ACL

Micklethwait Craft Meats is always a must stop for me at ACL. Getting barbecue of this caliber is worth making a road trip for, so if it’s being served at a festival, you gotta make a stop. But here’s the thing: the brisket is not going to be as good as you get at the trailer. This is a Music Festival after all, so a shorter wait time trumps the longer wait one expects at the trailer. But even in a diminished state, this brisket still manages to balance the right amount of smoke, intense beefy flavor and remarkable tenderness. The house made potato chips plus being a decent sized sandwich make the $12 price tag totally worth it. My only regret? Not trying their smoked chicken salad. But hey, a man has to make room for his tamales . . . 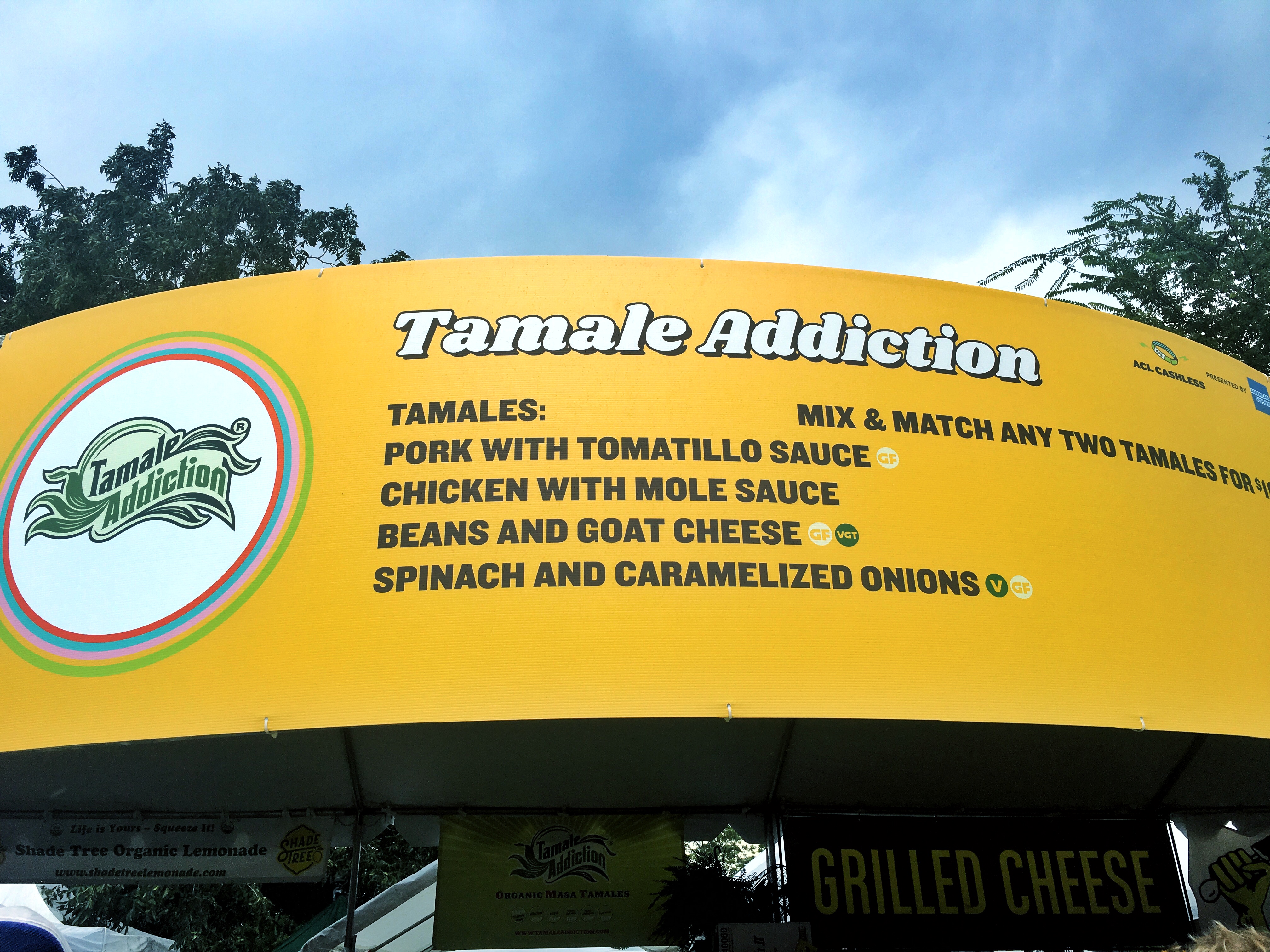 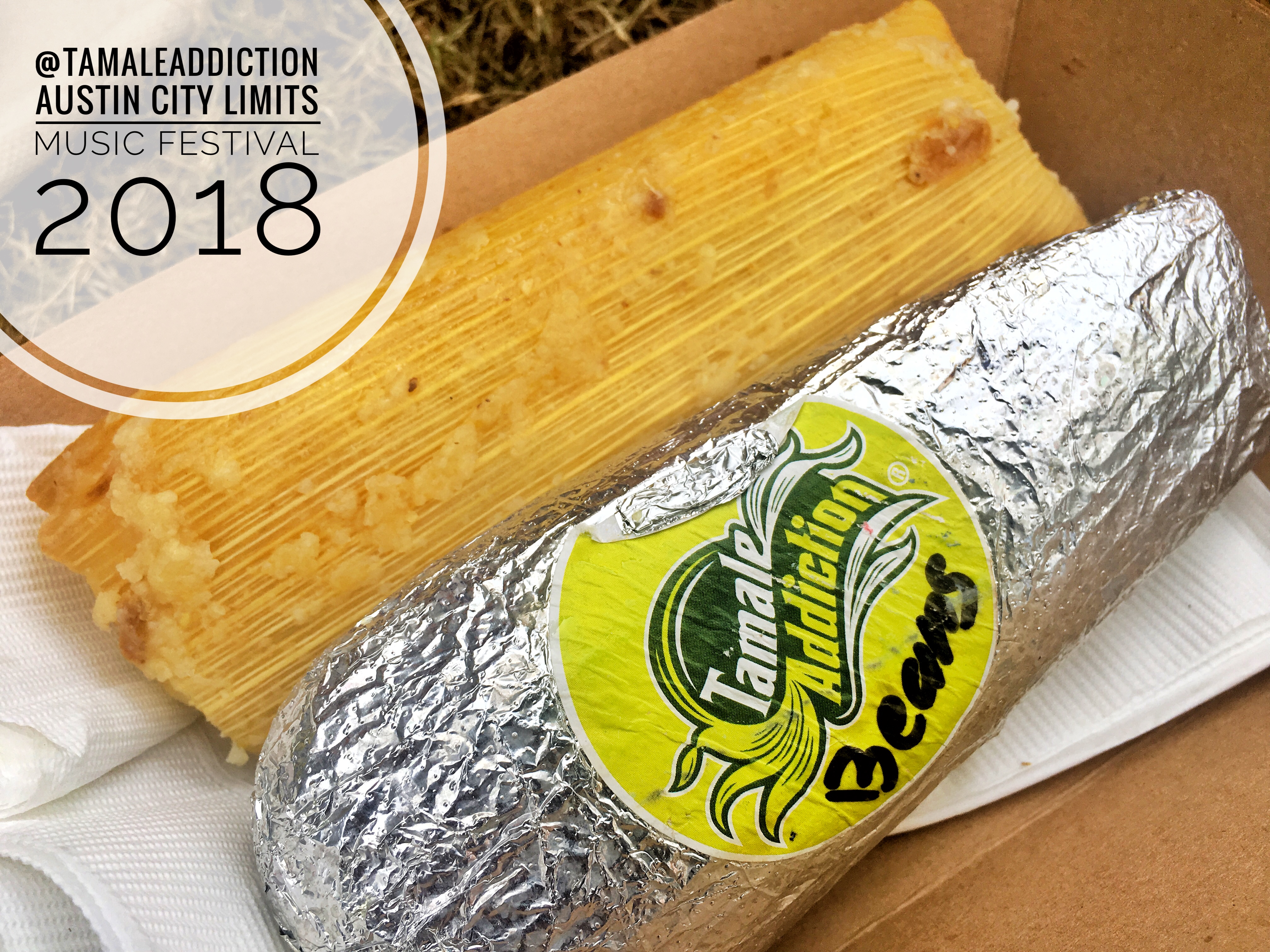 The Vitals:
the spot: Tamale Addiction 114 E. Parsons Manor TX 78653
the eats: Pork Tamale, Black Bean and Goat Cheese Tamale
the bucks: 2 for $10
the full nelson: Legit AF tamales worth a 20 minute drive for . . . minus the drive

I have never been to Tamale Addiction, never even heard of it. When I pulled up their site and found out they are a solid 20 minutes east of Austin’s East side . . . I realized why. Without doubt these tamales were the surprise of ACL Eats. Tamale Addiction serves up perfectly moist masa made rich and zesty with lard and interesting flavor combos like goat cheese and black beans. I have to say these were the best tamales I have had in years. Now Tamales are meant to be notoriously cheap, so yes, at $5 per tamale, one can argue the Festival tariff is indeed high. But they were also the best damn tamales I have had in a long long time. Now that I know they are a schlep away, I would definitely add Tamale Addiction to my list of ACL Eats must visits. 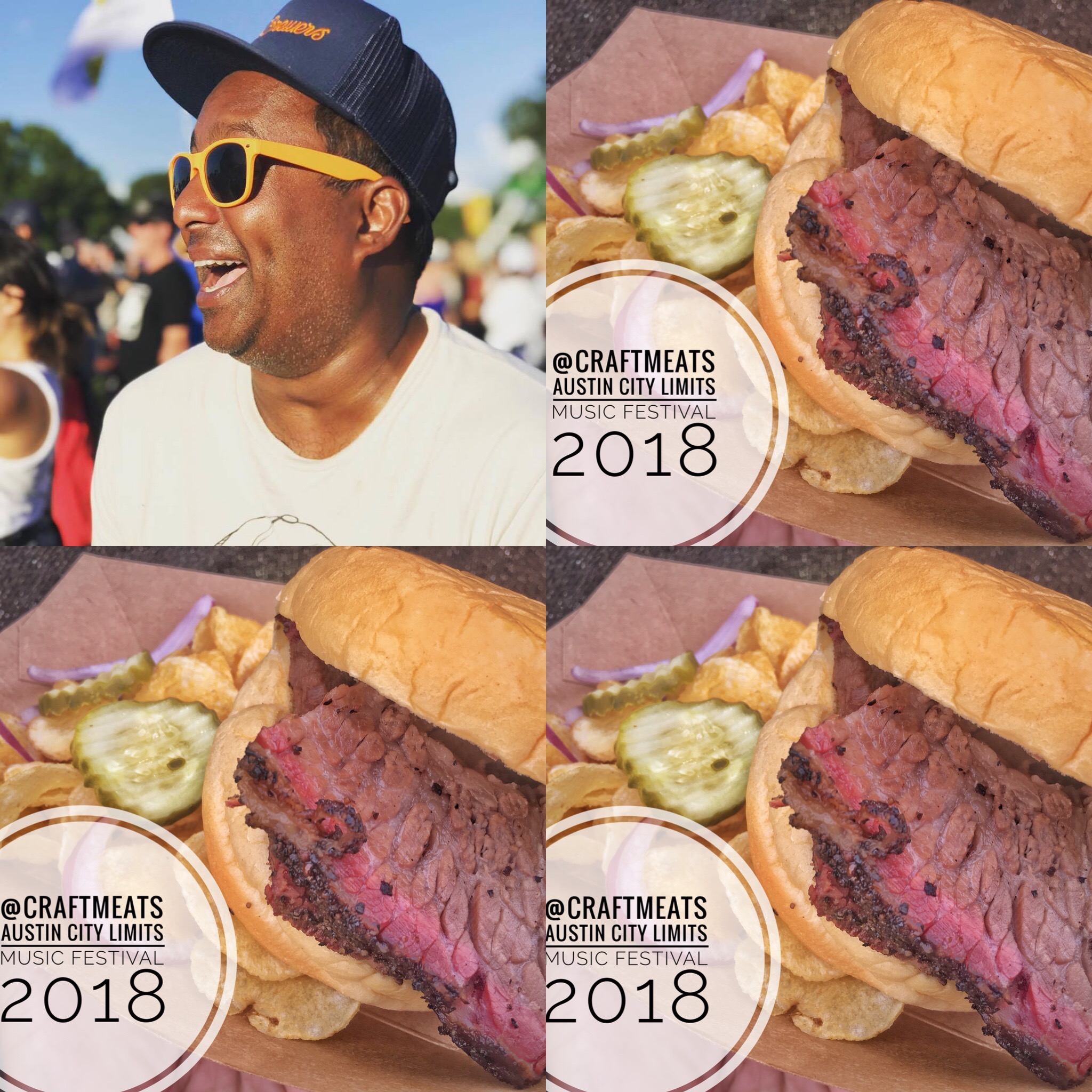 And my pick for the ACL Eat of the Day? Yeah, I pretty much had to go with my fav here. Being able to eat Micklethwait caliber barbecue at a Music festival is like being able to Uber a Tesla SUV for the same price as a Suburban. There really is no reason no too. But like I said, Tamale Addiction is also part of the ACL Eats line up for me; so all in all Day 3 of ACL Eats went off with a bang. Kind makes me think about getting another wristband for next weekend . . .

Until next time, Stay Thrifty and remember: the music never stopped! Well, at least for another weekend.