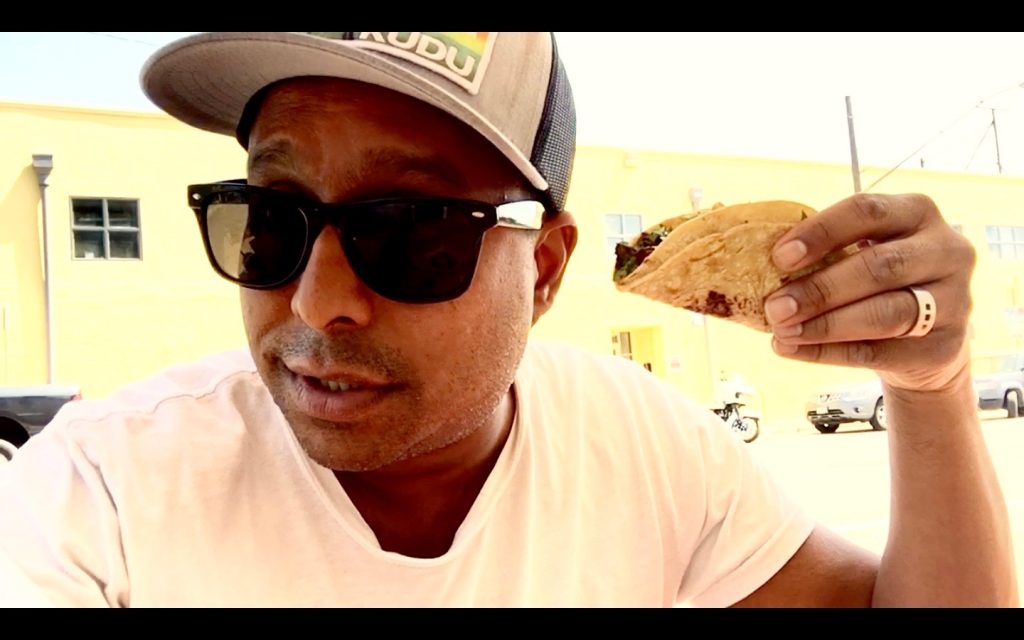 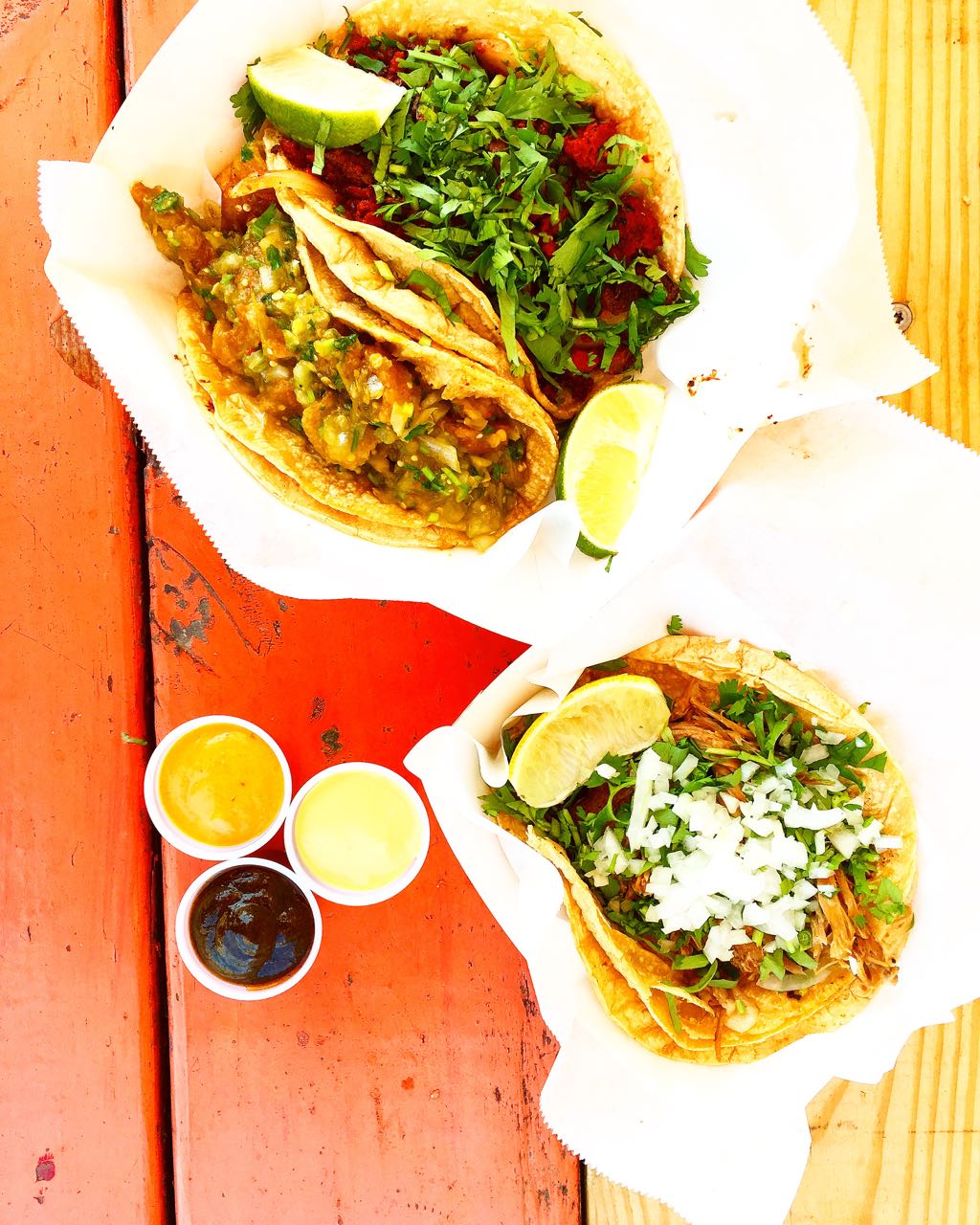 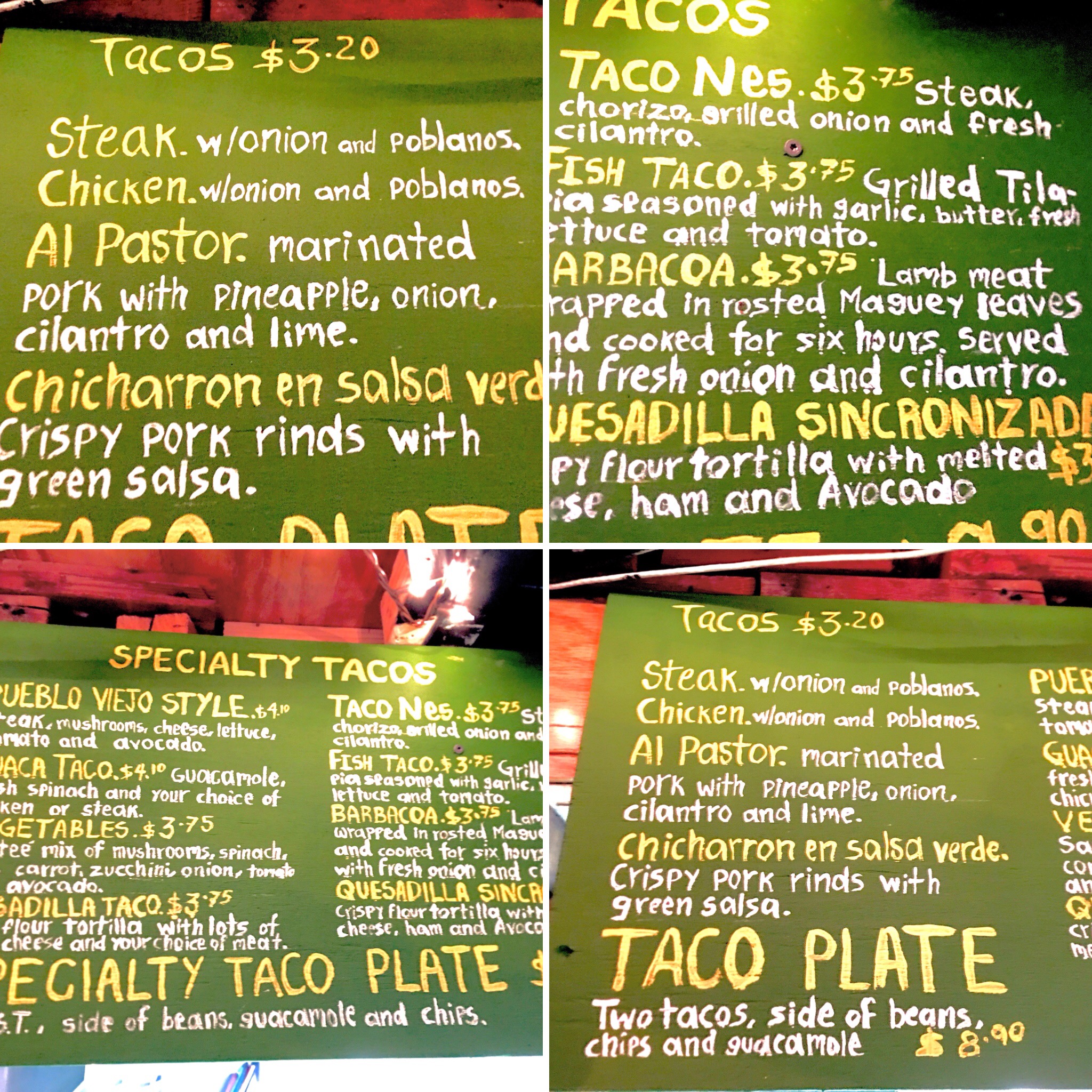 My people, sometimes I just gotta come at ya and flat out say it: right now Pueblo Viejo is my favorite taco spot in Austin, may the whole damn world. They take the idea of cheap tacos and turned it on its side. Rather than offering a small tasty treat for $2 or less(and I know LA peeps – $2 a taco is $$$), Pueblo charges you somewhere between $3 and $4 for a tortilla stuffed with enough meat to fill a San Francisco Mission style burrito. Two will be enough, yet I dream about eating more than three because they are as flavorful as they are generous. Being a taco spot in Austin you might be tempted to try the breakfast tacos, and while cheaper, the fun lies in lunch . . . oh lordy these tacos are bumpin’ so let’s just my Pueblo pics . . . 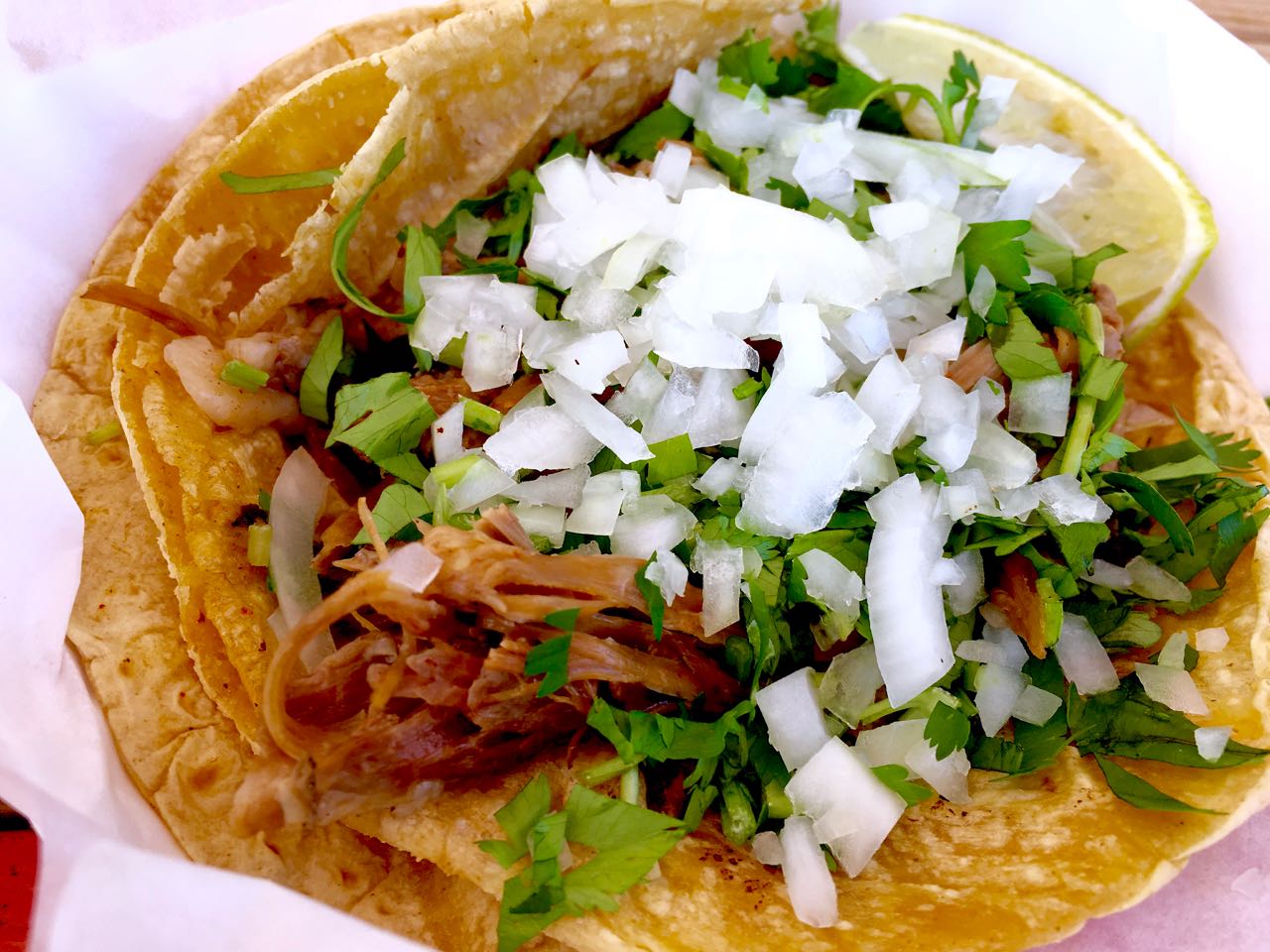 Looks like carnitas doesn’t it? Shreds of meat that tender and succulent scream pork cooked slowly in its own pot but carnitas these are not. This here is lamb barbacoa. The typical Texas thang is beef barbacoa and while succulent and rich, lamb really shines in the ancient pit cooking process. Back in my LA days I would encounter weekend warriors slinging lamb barbacoa in private homes and on the street, which frankly got me hooked on the stuff. Some of these cooks would even go so far as to cook the meat underground, the traditional way, which would impart a wonderful smoky flavor; particularly in the consommé made from the drippings. Pueblo’s isn’t cooked underground but it is incredibly tender and possessing that signature zip of gamey flavor lamb is known for. If gamey ain’t your thing you have an array salsas to choose from, ranging from the classic Austin green sauce(jalapeño puréed with canola oil) to a Yucatan style habañero salsa to classics like salsa verde. And I think there truly is no better sauce pairing than salsa to lamb BUT chimichurri makes a solid case as well. 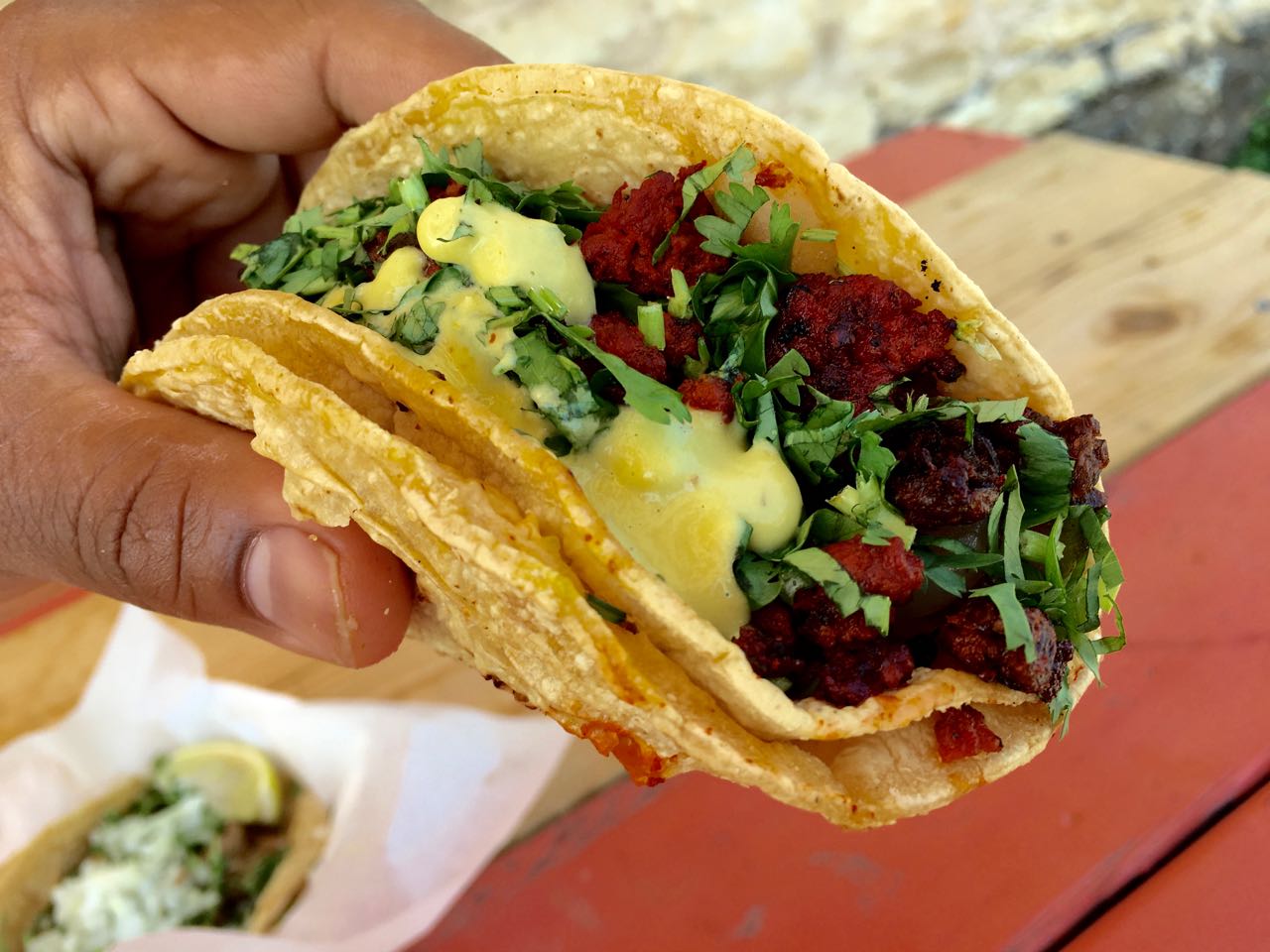 Pardon my thumb for the moment and gaze into the Taco Nes; a taco composed of fajita and chorizo, commonly referred to as campechana in the ATX environs. I’ve been mixing chorizo and asada for years at my backyard and rooftop bbqs, so for me the mixing of these two meats makes total sense. Like all Pueblo tacos, the Taco Nes is a heavyweight and the mixing of skirt steak and chorizo is as decadent as tacos get with resorting to confit techniques like carnitas. As much as I love the lamb barbacoa, I can’t not get this taco. Now I hit you with three terms for the beef in this here tortilla: fajita, asada and skirt steak. They are essentially one in the same in referring to a cut of beef: skirt steak. And I must say this a prime example where the price Pueblo Viejo charges for a taco is so damn worth it. In LA you can get tasty tacos for $1 to $1.25, but the beef ones just ain’t all that. I mean we are talking chuck roll that is cut thin and heavily marinated. Not to mention the fact that it takes 5 of these “slider tacos” to match the meat served up at Pueblo. Yeah, this is a $3.75 taco but you are getting 5 LA tacos worth of superior beef . . . and chorizo, straight up bang for your taco buck wrapped in two tortillas. 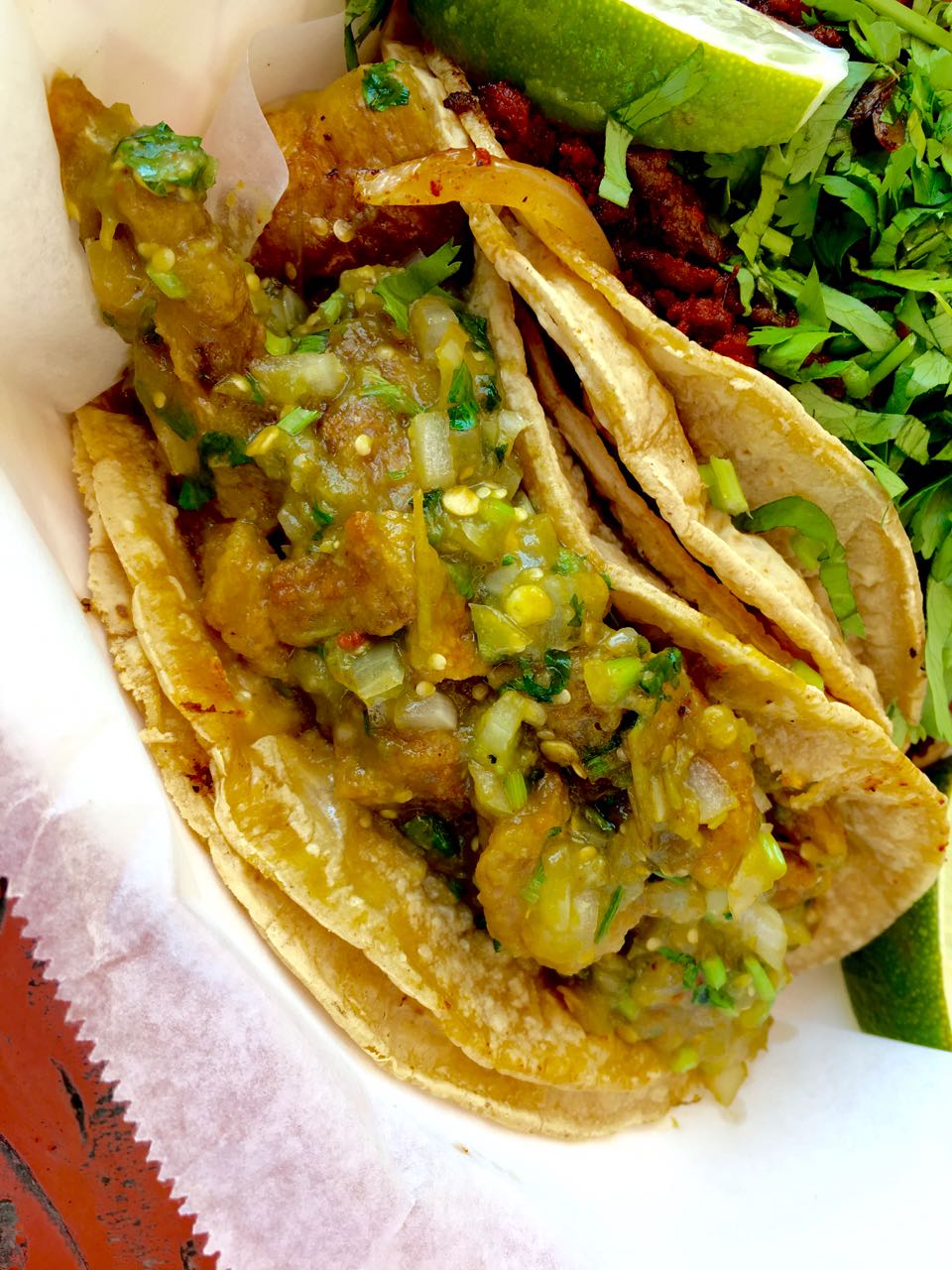 For the uninitiated, chicharron is fried pork skin, a fatty rich experience. One of my favorite treats when I go shopping at a Mexican Grocery store is a crispy piece of chicharron. I like the big ones that have a little meat on ’em. Give me a little lime and I am all set. Now when it comes to chicharron in salsa verde, I’m very particular. You have to simmer them so they soften but you don’t want to lose all of that crispy texture. Seems strange to think you can simmer something in liquid and keep some element of a crispy exterior but when it comes to really great chicharron tacos, you can and Pueblo Viejo does. Chicharron in salsa verde has the potential of becoming an overly fatty, flaccid, chewy experience. At Pueblo the experience is a harmonious marriage of acidity and sour exchanging vows with well rendered fried pork fat. Each piece of pork skin is just tender enough and the palate is constantly hit wit the tang of salsa verde. The only regret is that at this point, I’m too full to eat more.

But I do not regret the bill. Sliding in for just under $12, this is far from the cheapest taco experience I have ever had but it’s oh so worth it. These tacos are like blunts: excessive to some but when the session ends, your experience has no rival. Yeah, I just made a blunt reference. That’s just the 90s talking though. Now Im just a grown man who gets his fade on at tacos stands . . .