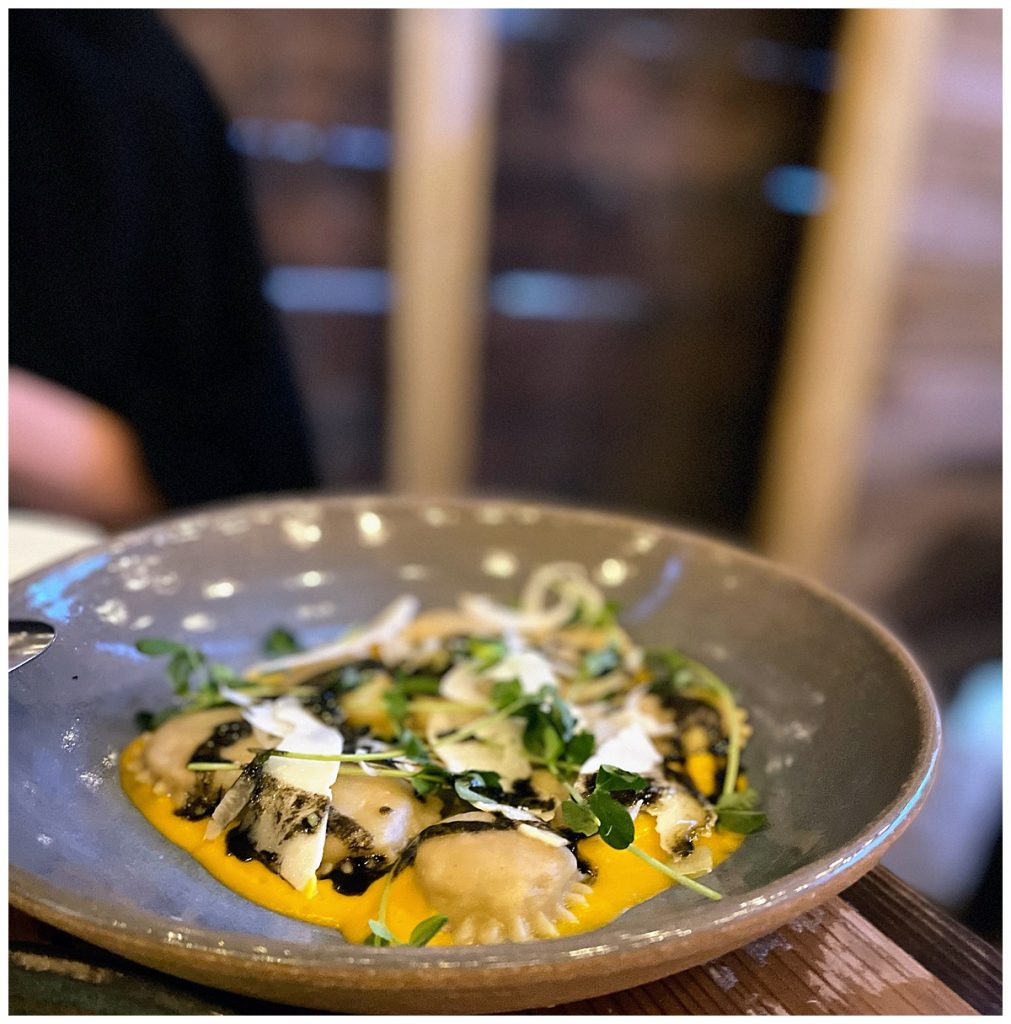 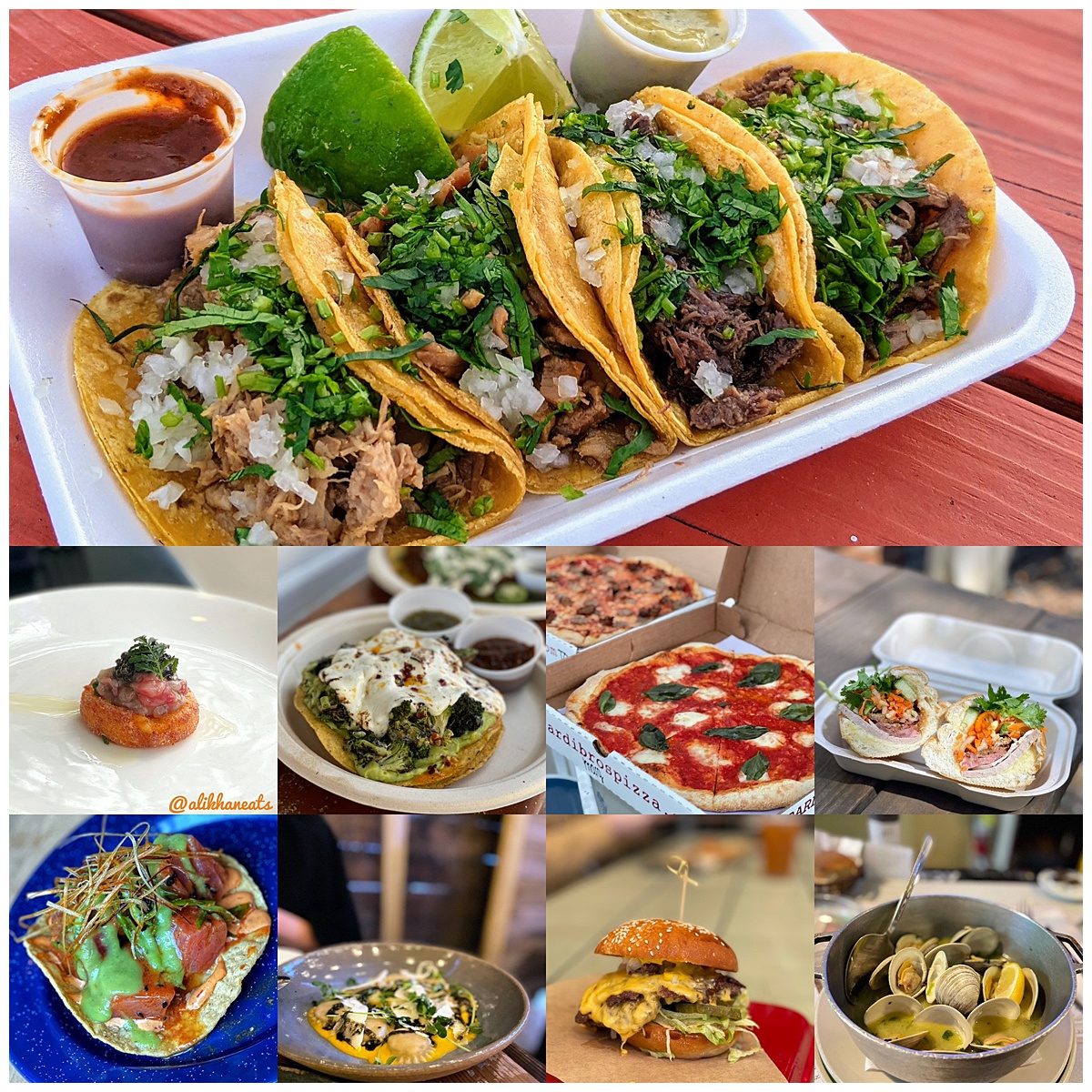 . . . for 2021 at least. Despite an ongoing pandemic I was able to do some traveling and dining this year. Sadly the West Coast has been neglected for my best of 2021 roundup but what I do have hits the East Coast and showcases some destination worthy meals in Austin TX. 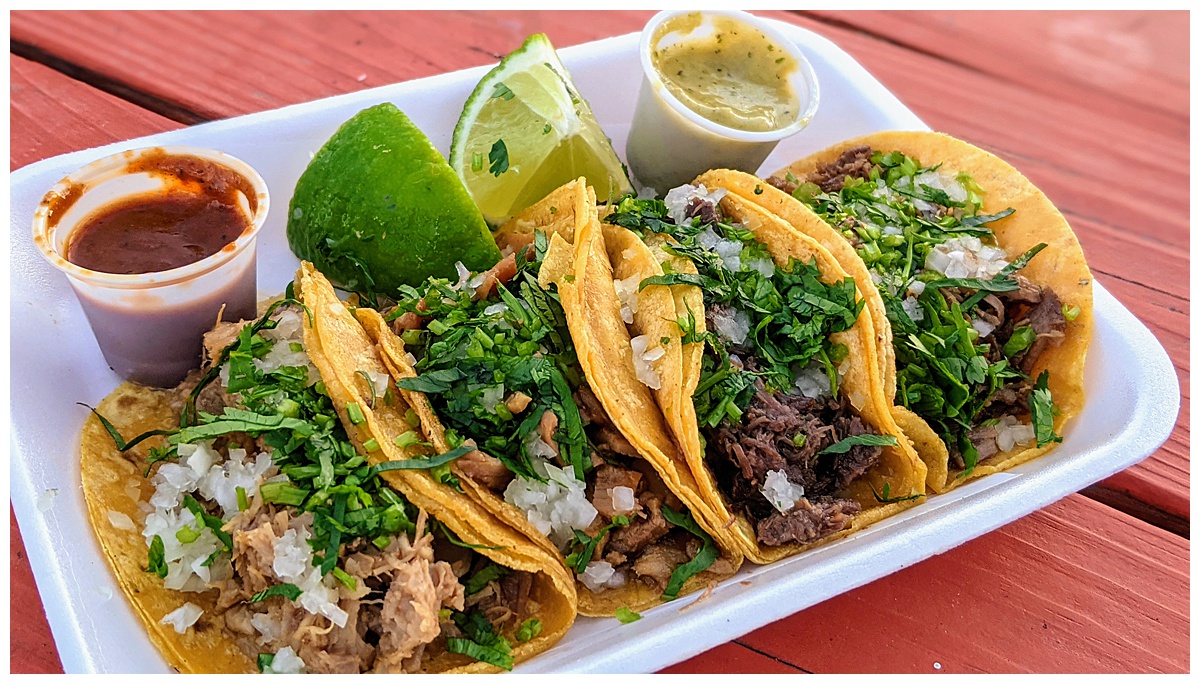 I first posted about Cuantos back in 2019. The Mexico City style tacos blew me away with their choricera cooker: a convex pan where meats simmer in lard and each other. Two years later and they haven’t skipped a beat. They are the best tasting and most consistent street style tacos I have had in Austin . . . maybe anywhere. 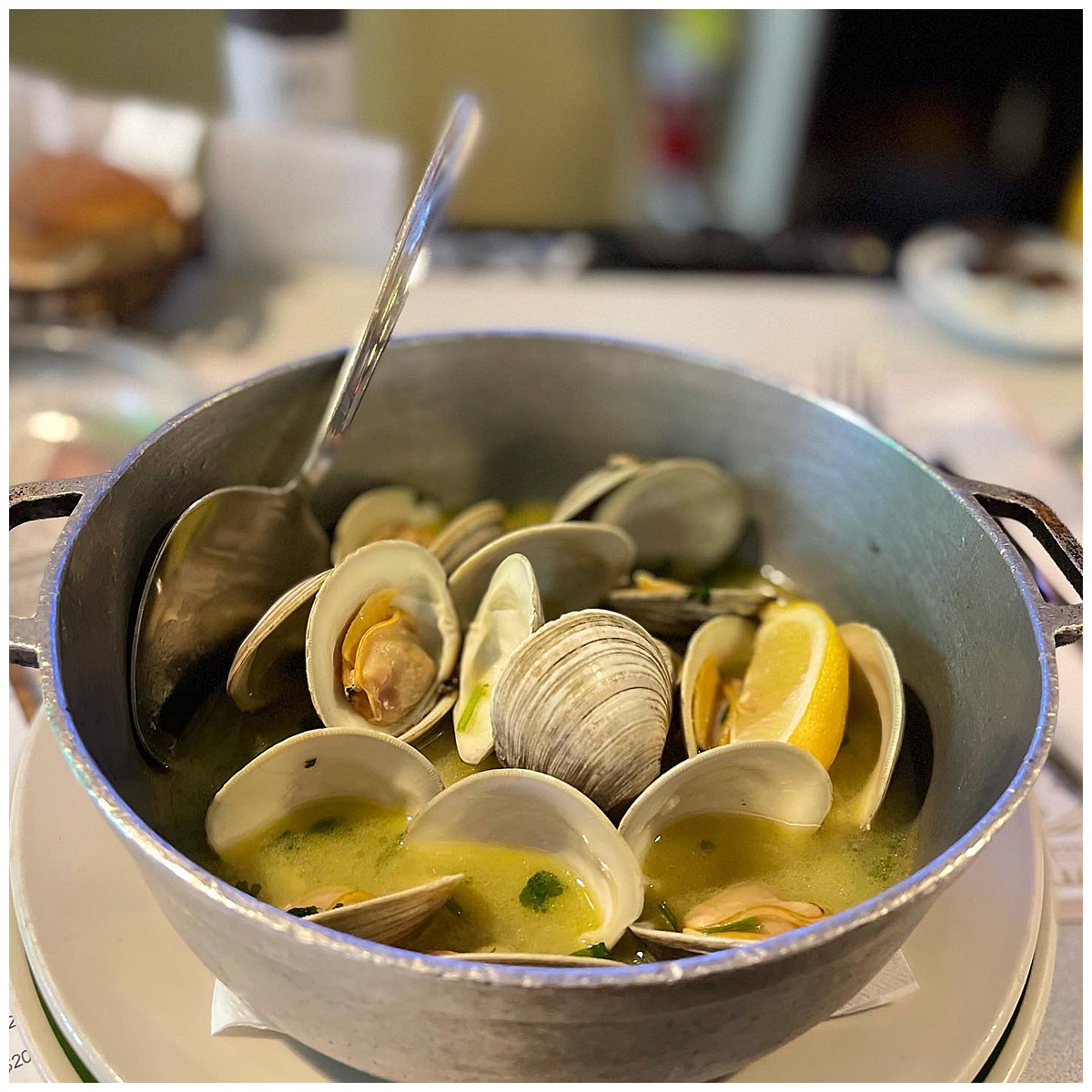 The Vitals:
the spot: Portugalia Restaurant & Bar 280 1/2 Ferry St. Newark NJ 07105
the eats: Cod Fritters, Clams with Garlic Sauce, Angus Rump Steak in thyme sauce
the bucks: $20-$40 a person, but big portions too.
the full nelson: an affordable culinary adventure and one of my new fav restaurants

I found myself back on the East Coast in November shooting a new show. Usually that means I’m in NYC but this time I was in New Jersey, specifically Newark.. It turns out Newark is a haven for Portuguese food which took me to Portugalia Restaurant and Bar. My full post is here but I’ll just add this: eating clams in a Portuguese restaurant is a must. 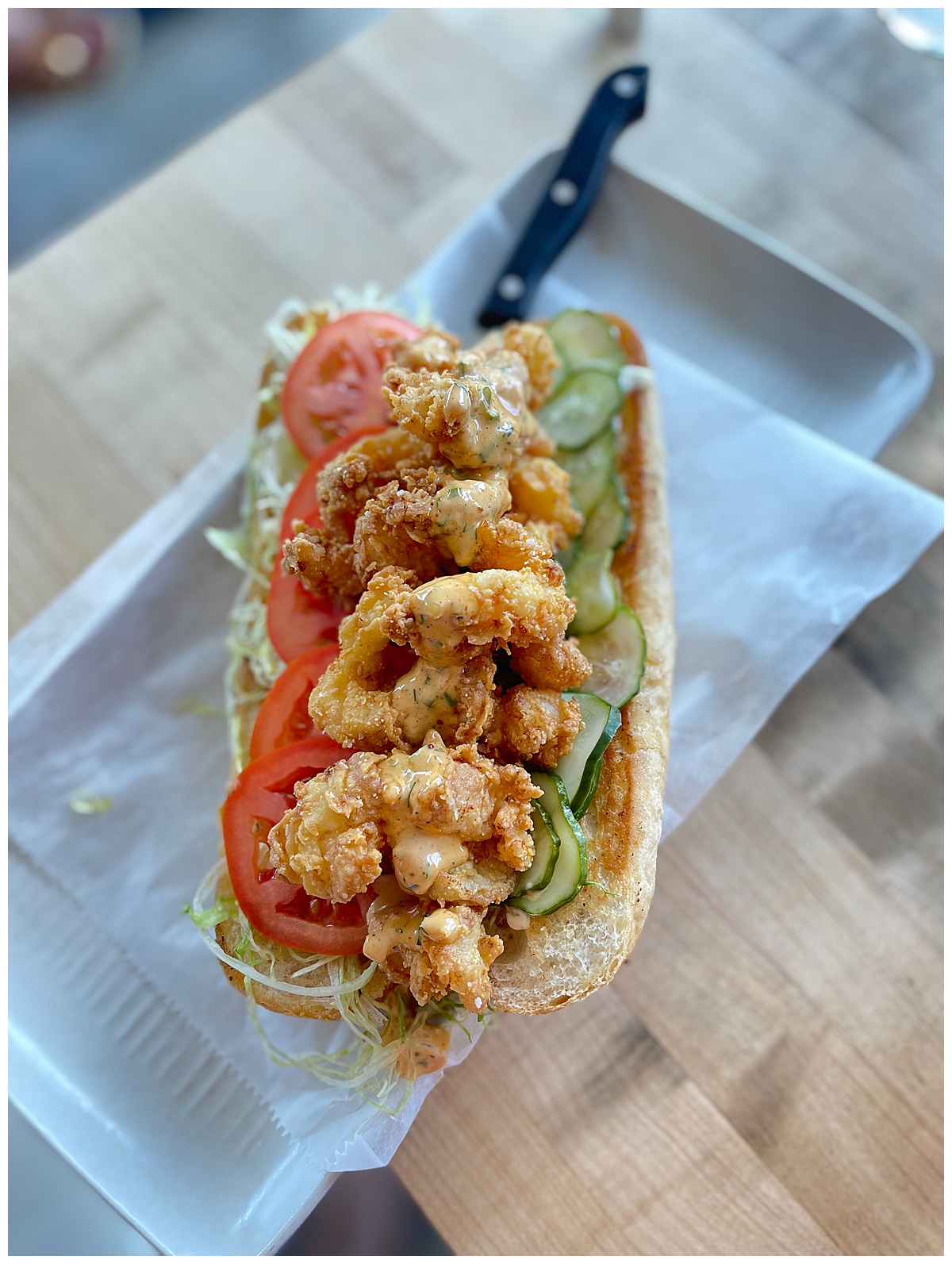 The Vitals:
the spot: Epicerie Cafe 2307 Hancock Drive Austin TX 78756
the eats: Shrimp Po Boy
the bucks: $15
the full nelson: an expensive sandwich that you quickly make amends with

I need to do a full dive and post for Epicerie. On the surface it seems like a polite little cafe but the food is deadly serious. $15 isn’t cheap for a sandwich but this Shrimp Po Boy is as good as it gets. Even if you’re in New Orleans. 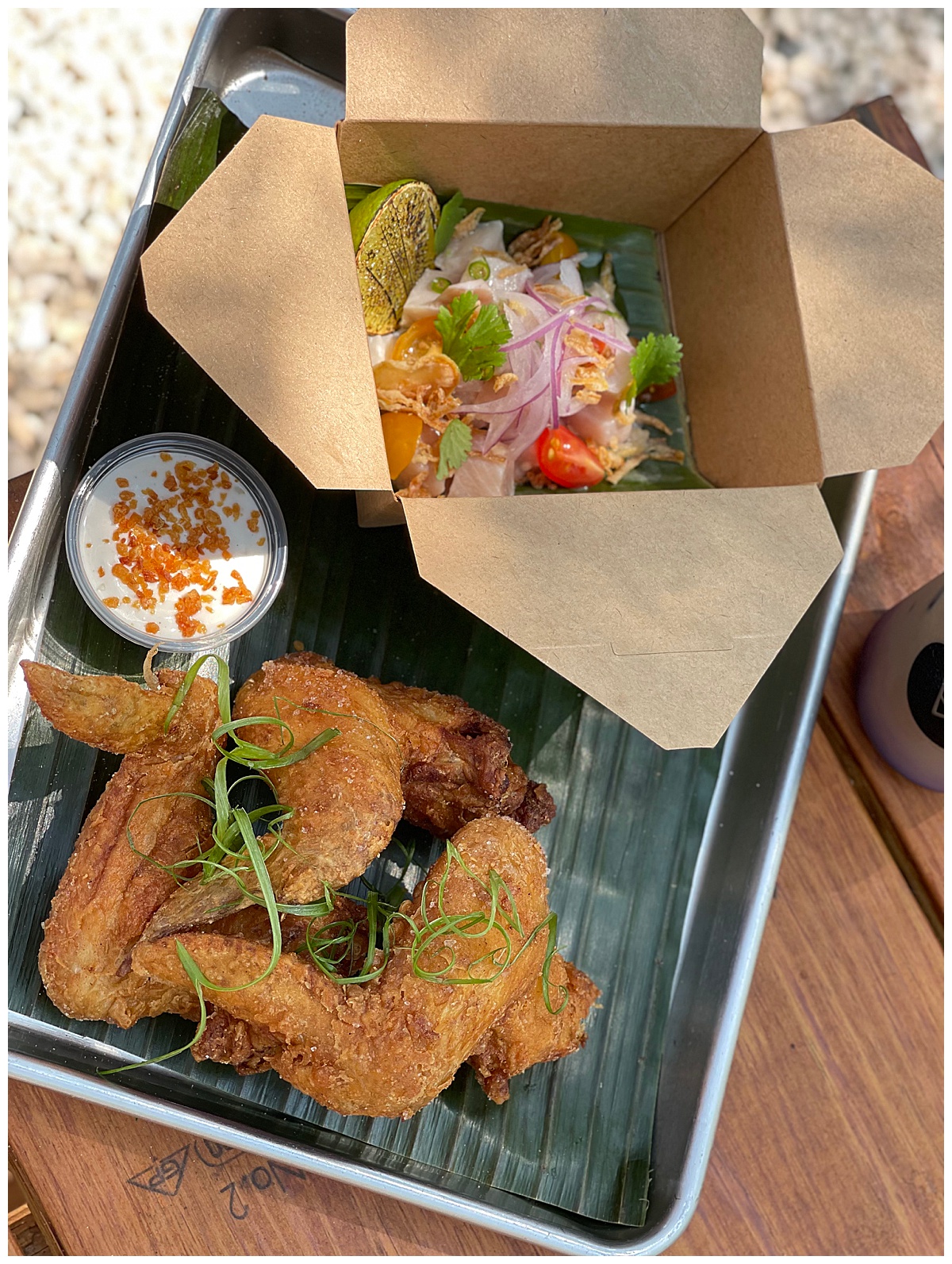 This isn’t the first time I’ve said the best fried chicken in Austin is at an Asian food truck. In 2020 I wrote about Spicy Boys and their epic bone in fried chicken, which is only available in dark meat and must be had on premises with roti and curry dipping sauce. That’s still good but the wings at Fil n Viet are . . . insanely good. You can read about it on my post for CapMetro here. 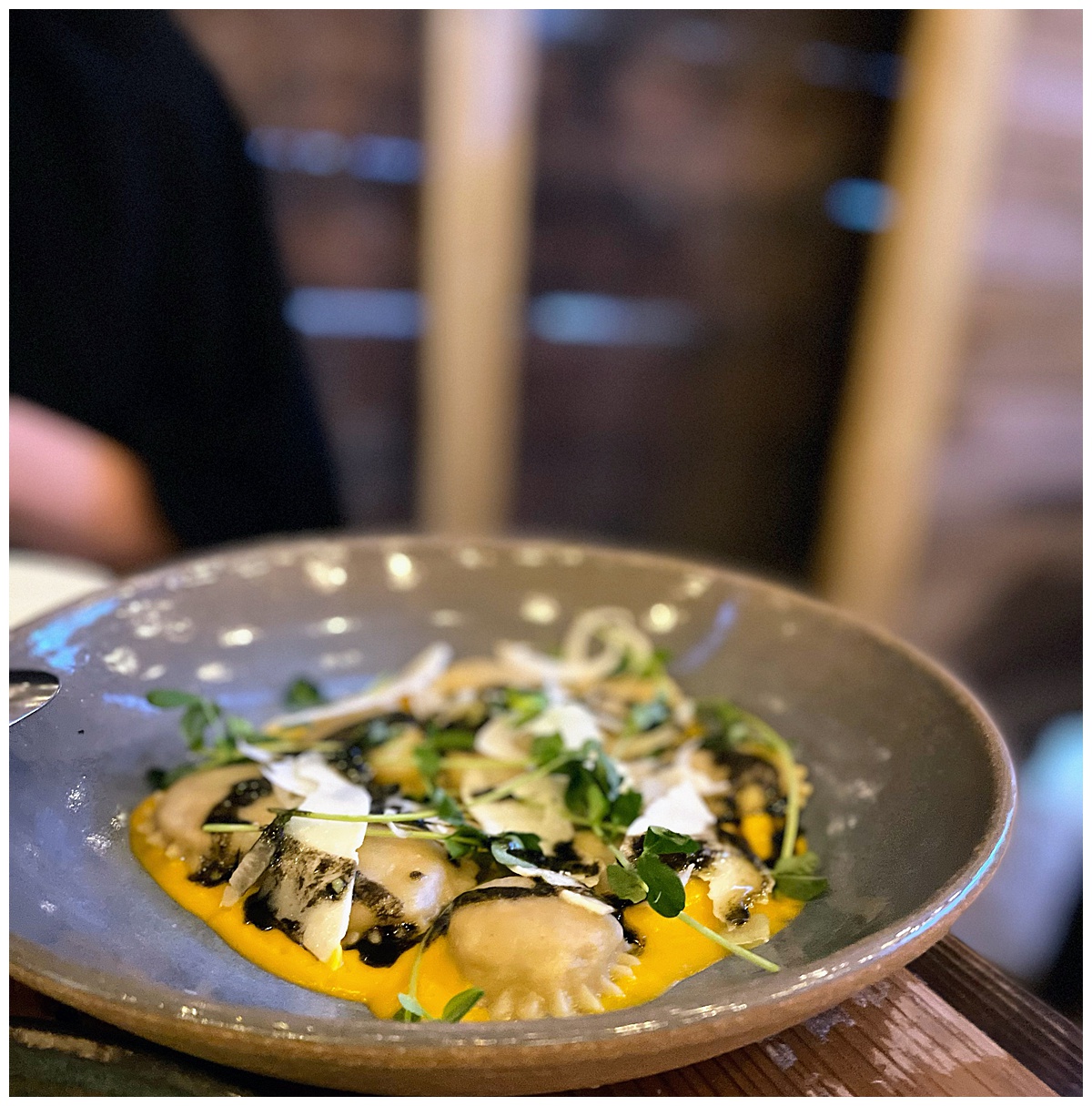 The Vitals:
the spot: Intero  2612 E. Cesar Chavez St. Austin TX 78702
the eats: pastas for sure but give the whole menu a test drive
the bucks: $$$ – this is a splurge and worth it
the full nelson: Italian food that’s Philly and NYC serious, but in ATX

I’ve been meaning to post about my night at Intero back in the Spring but adventures smoking ribs in my Traeger tended to interrupt my blog flow. I might have to schedule a visit in the new year to really document the whole experience because Intero is one the best Italian restaurants I have ever been to. Their food is somehow simultaneously “real Italian” meaning no Chicken Parm plates but it’s also very aware that we are in Austin. Part of that isn’t too unsurprising, locally sourced ingredients is the Tao of fine dining. But how about a case of the meat sweats? The beef in the raviolis seen above was cooked in a smoker. A to the T to the X. 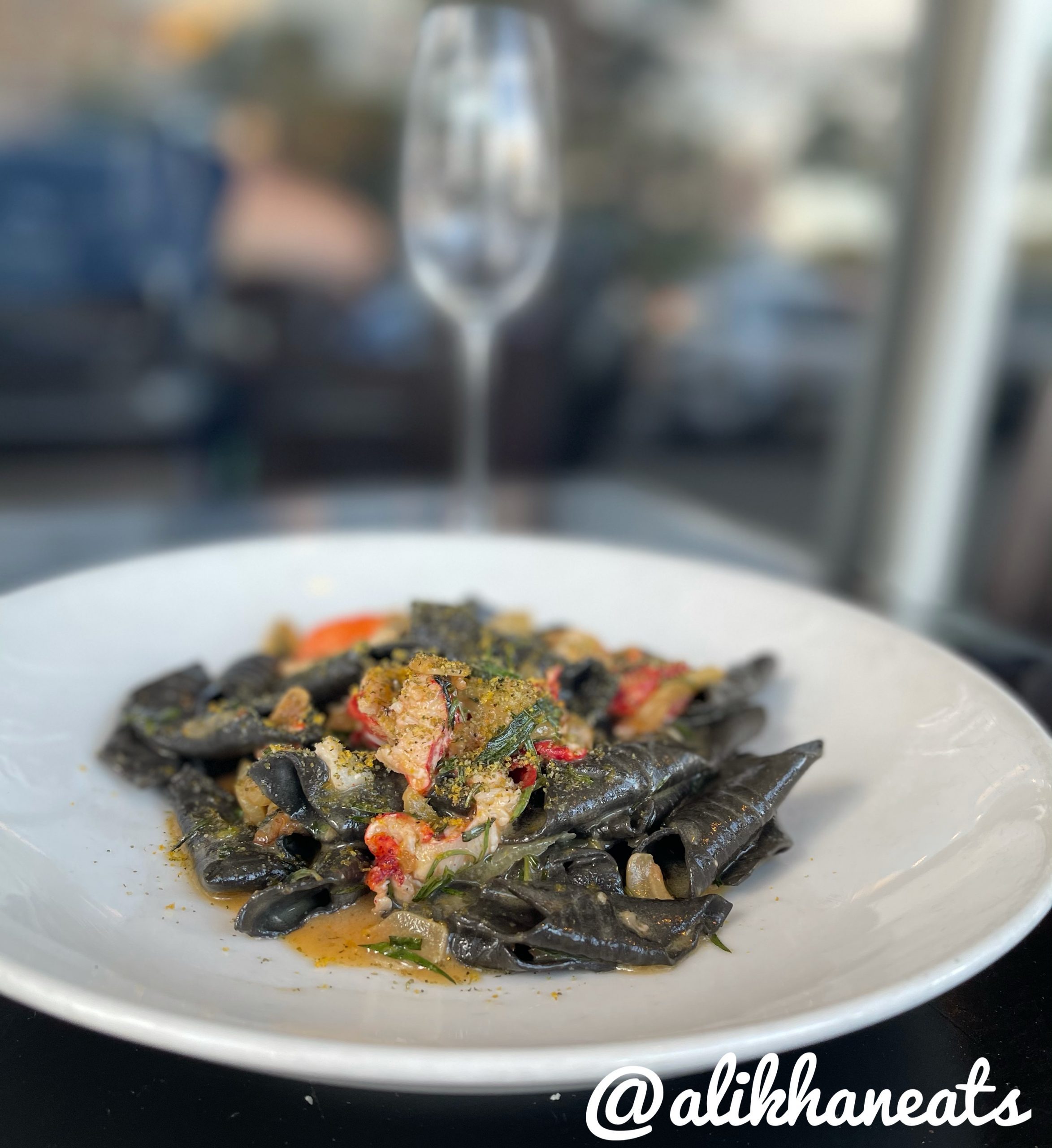 The Vitals:
the spot: Il Ritorno 449 Central Avenue St. Petersburg FL 33701
the eats: Bucatini Pomodoro, Short Rib Mezzaluna, Squid Ink Garganelli, Bone Marrow with Yellowtail Tartare, Smoked Meatballs, A5 Japanese Wagyu Beef(seriously)
the bucks: $$$ and worth it. I’d budget $75 a head with wine to do it right. Although to get a nice plate of pasta will set you back $20-$30
the full nelson: a splurge worthy Italian experience that isn’t even that bad of a splurge.

I’m going to stick with Italian but now take you to the East Coast. And not the East Coast you might expect either. Over the summer I returned to St. Petersburg FL, where we shot Cheap Eats in season 5 in 2018. Back then I visited Il Ritorno and it was so good I had to make it back. Chef David Benstock pulled out all the stops and you can catch the play by here. For now I’ll let the fork drop on this squid ink pasta that was as lights out as it looks. 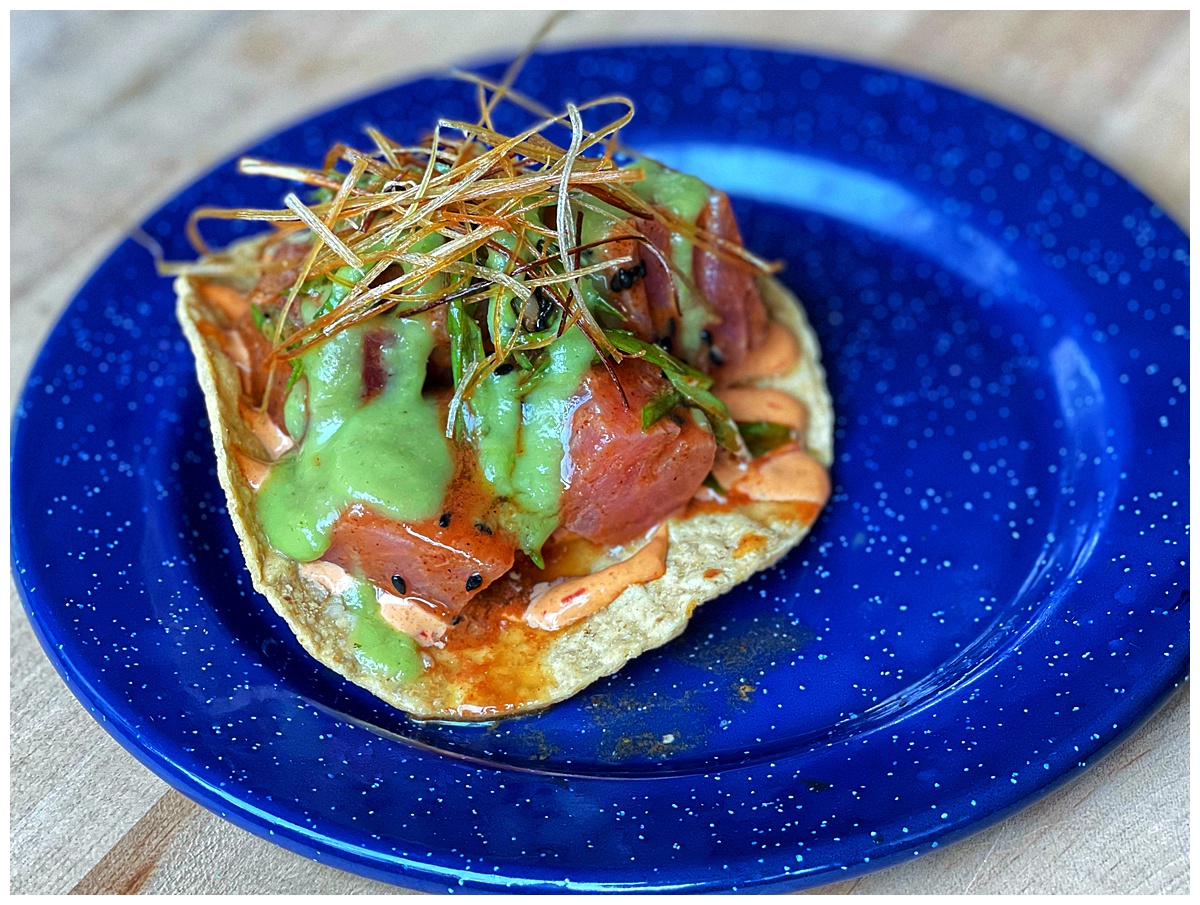 When I first hear about Ma’Coco, a Baja inspired Mexican restaurant in Austin, I banked on getting my fish taco fix. When I arrived and found out they also do San Diego specialties like Carne Asada fries, I ordered up the whole menu. What really stood out? This Tuna Tostada with it’s double Umami hit of soy sauce and salsa ingles. Catch the full right up I did on CapMetro’s blog here. 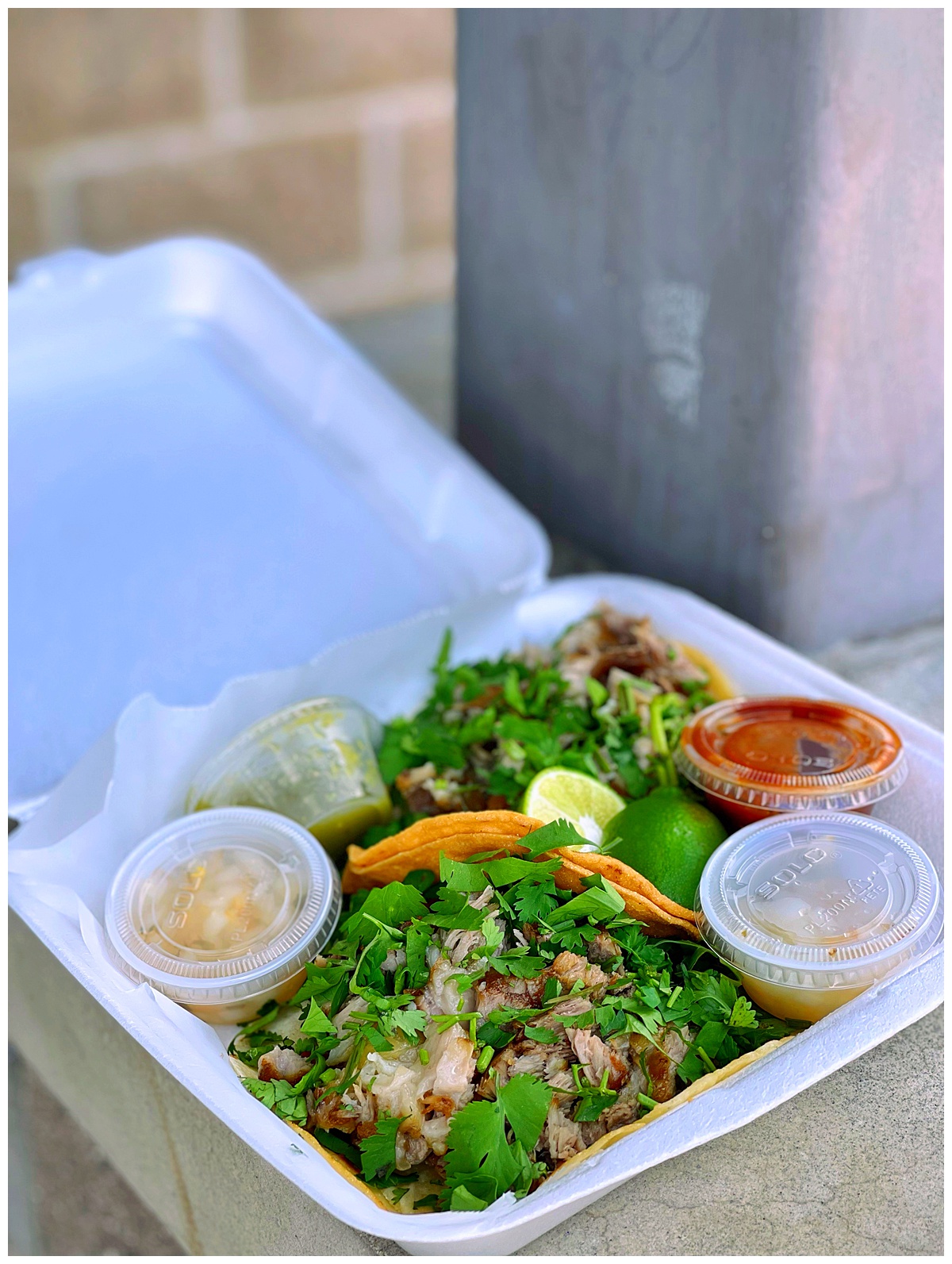 The Vitals:
the spot: Carnitas El Guero multiple locations in Austin and San Antonio TX
the eats: Carnitas tacos or by the pound
the bucks: $3 a taco, $20 a pound. And the tacos are fattys
the full nelson: the best carnitas in Austin

Don’t take these words lightly: Carnitas El Guero has the best carnitas in Austin. I got a DM on Instagram from these guys back in the fall of 2020. I was in LA shooting a new season of Spring Baking Championship and wasn’t able to hit the joint up properly. At some point in 2021 I made my way to their gas station location(inside a Texaco, awesome) and picked up some carnitas by the pound to go. I was floored and fwiw I have been making my fair share of carnitas at home too. They have a second location in Austin with seating and beer. I’ll need to do a proper post on that one. But for now . . . just go. 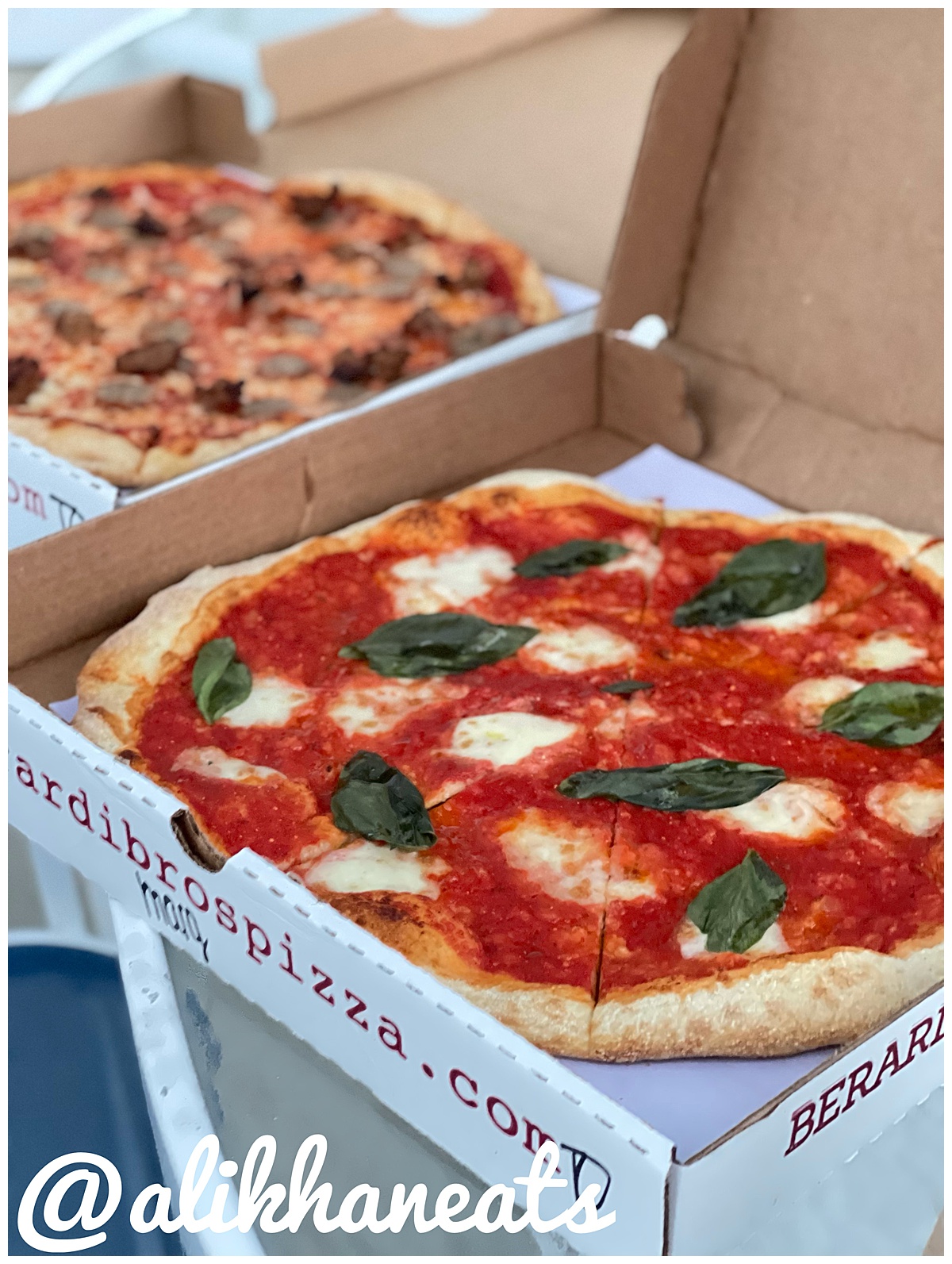 The Vitals:
the spot: Berardi Brothers Pizza 4203 Landis Ave Sea Isle City NJ
the eats: Any pie you fancy but def get a Margherita
the bucks: $20-$23 a pie
the full nelson: NY Style pizza at the Shore

There’s good pizza in Austin but it ain’t cheap. The prices some joints are charging make the idea of getting pick up seem silly. The other day I was gonna drop almost $70 for two 16″ pies and I had to pick them up. I ended up cooking that night.

Beradi Bros, in the south Jersey shore is solid pizza that is damn affordable. Two of their pies fed four adults and my ravenous 10 year old. And that Margherita was . . . well you can check out the full post to find out here. 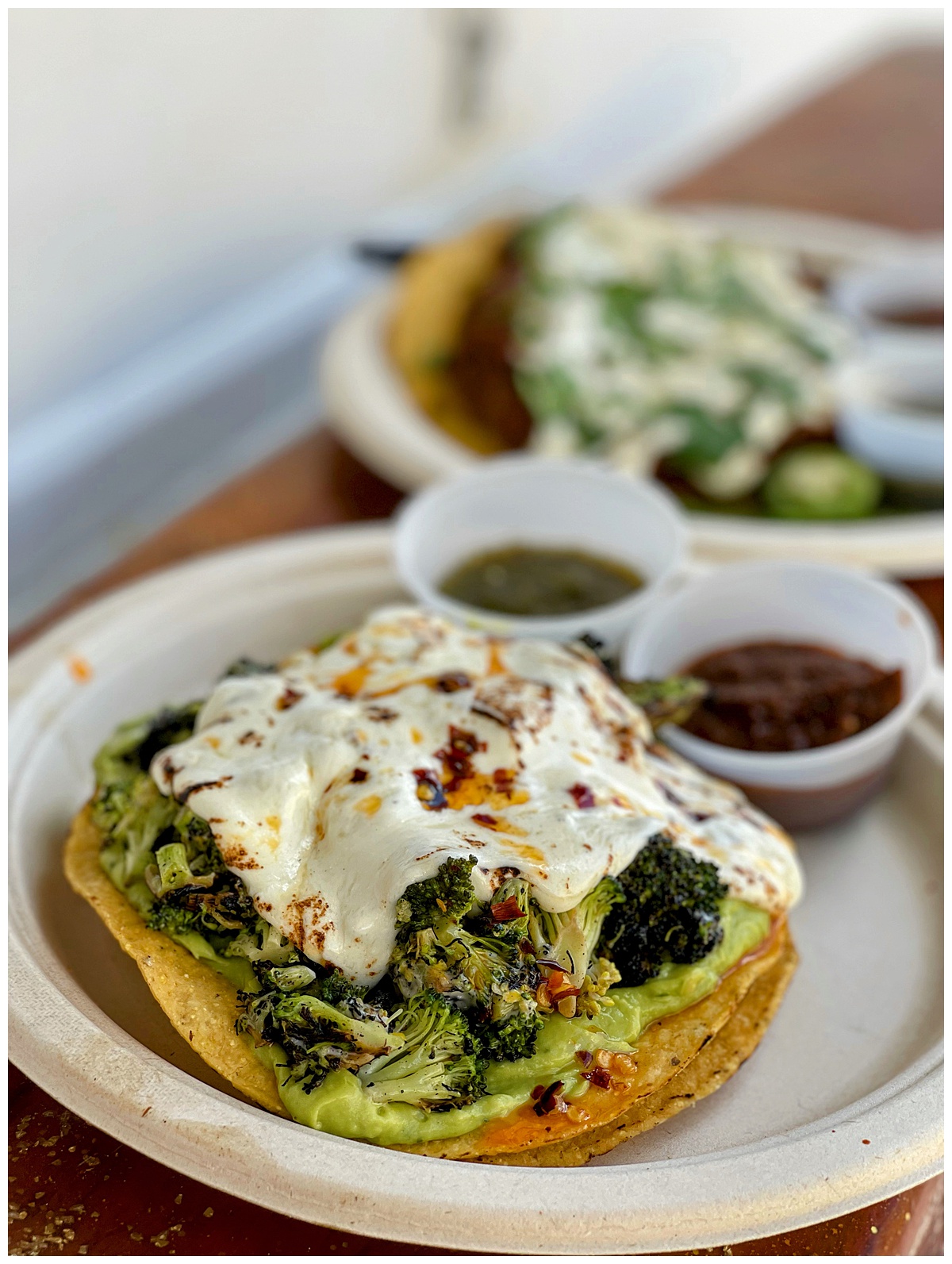 The Vitals:
the spot: Trill Foods 415 E. St. Elmo road Austin TX 78745 @vacancy brewing
the eats: rotating menu but get meat and veg dishes, think fine dining you can mostly eat with hands
the bucks: $8-$12 a person
the full nelson: one of my all time fav chefs making fine dining for the masses

Yes, I eat vegetables. It’s in fact my go to move when I go to Trill Foods, a food trailer at Vacancy Brewing, south of downtown Austin. Back when Trill Foods was Trill Taqueria, their vegetable tacos were the real standout. It’s not because Chef Nick Belloni cut corners on dishes like his locally sourced lamb for his lamb carnitas(yes, I said lamb carnitas), it’s just that he makes vegetables as savory as any meat dish you could imagine. Check out the full post on Trill Foods here. 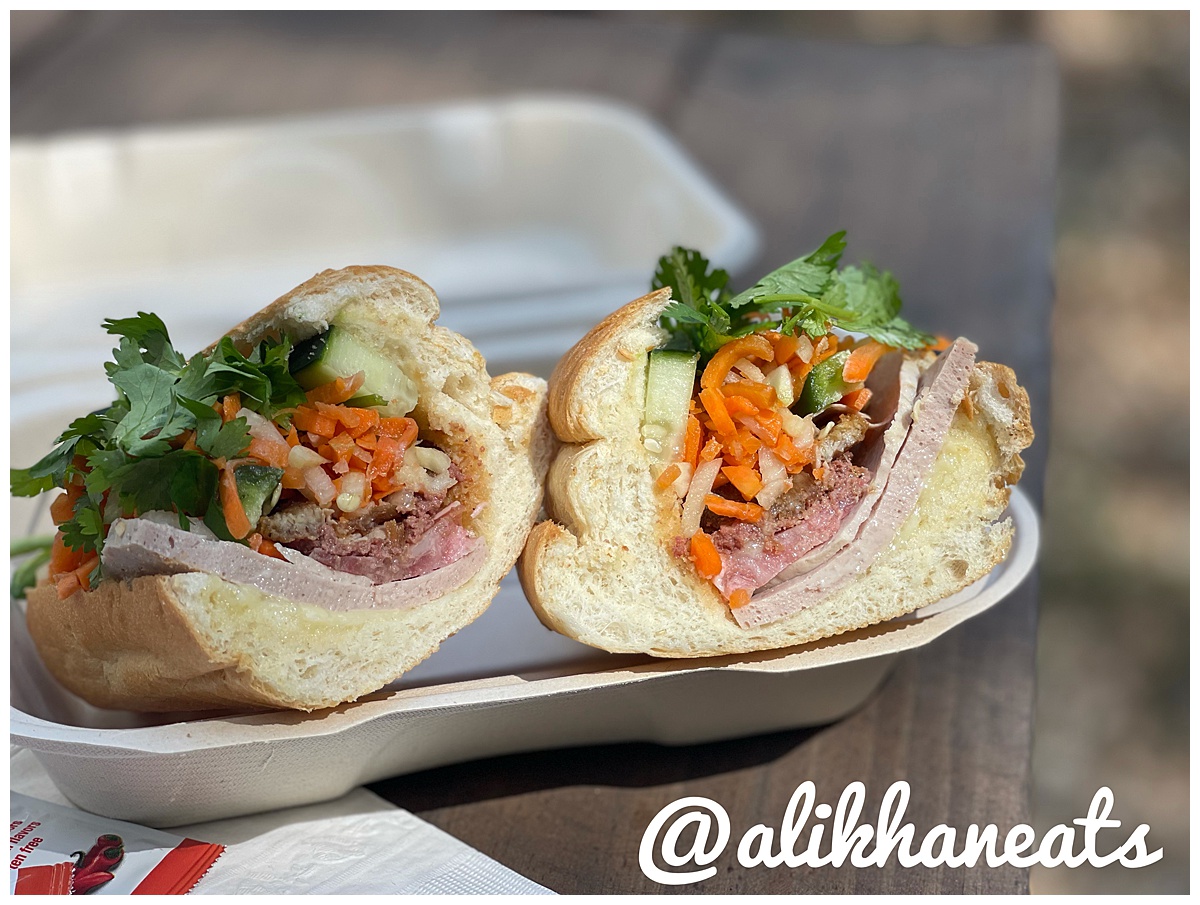 I lived in LA for 20 years so when I came to Austin I was ready to be unimpressed with the Asian food here. Austin, despite its excessive media attention is in fact a small city. And small cities can’t offer the depth larger cities can when it comes to certain communities and their food culture, like Vietnamese food. But sometimes all it takes is one or two.

Saigon Le Vendeur is far from the Bahn Mi dive you find in Houston, Atlanta or Orange County but it still hits right. Especially if you get the cold cut combo. Check out the full post here. 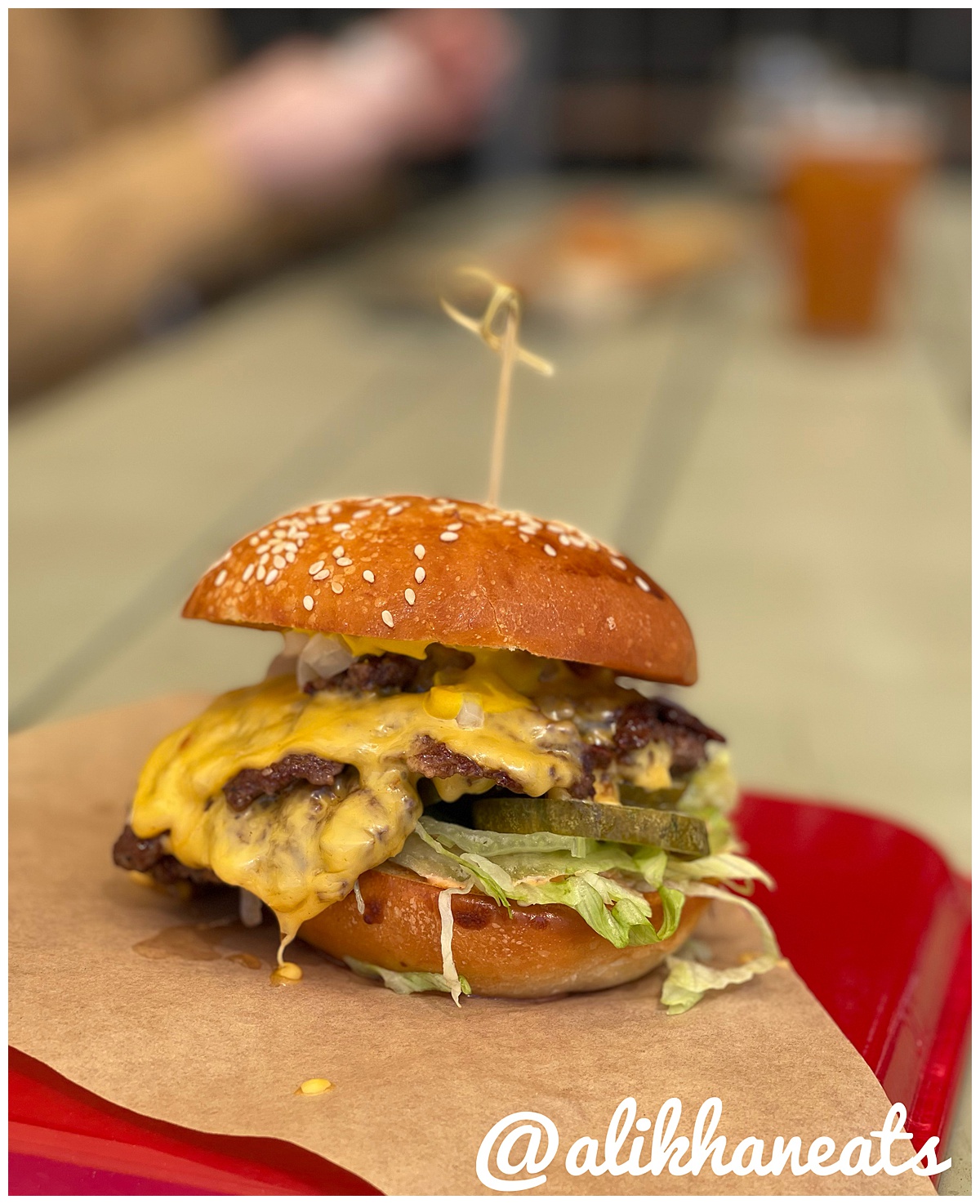 Exactly two years ago today I declared the burger at Salt and Time to be the best burger I have had in 5 years. Safe to say it is the best burger in Austin too. But it has met its match, and fitting, that its match stands in stark difference style wise. Hold Out does a smashburger though not to the extreme like say Carl’s Drive In from my hometown of St. Louis(and Best Thing I Ever Ate burger). The toppings are fitting and the bun is top notch. Not surprisingly this top shelf ATX burger is at a brewery. Check out the full post here.