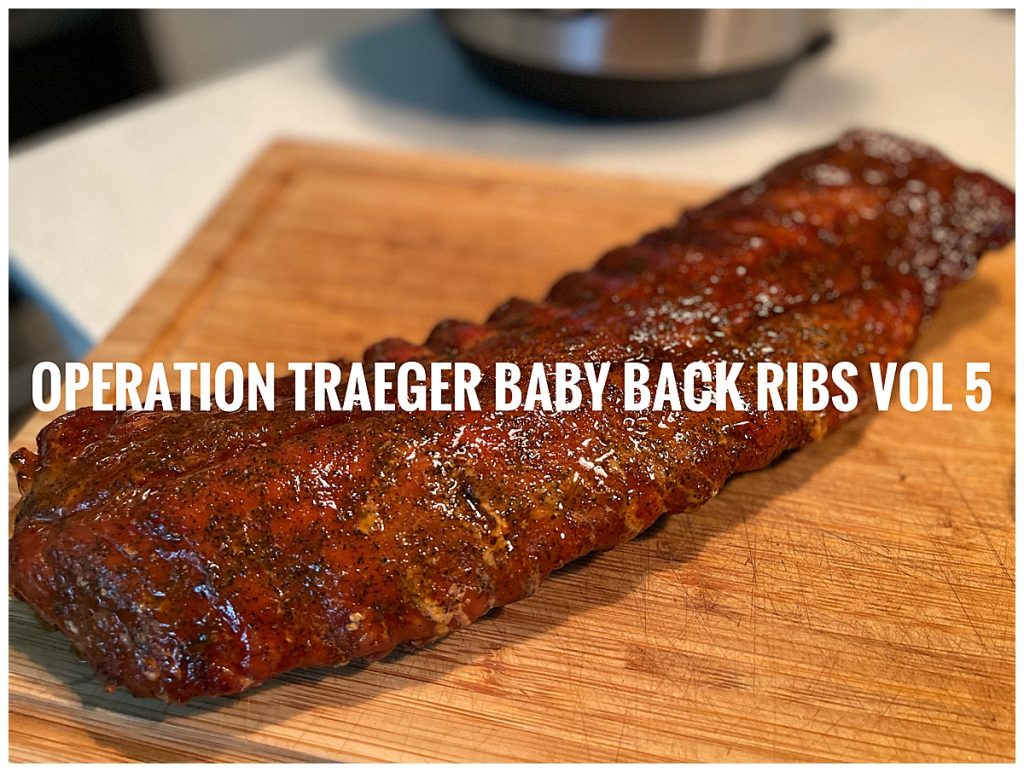 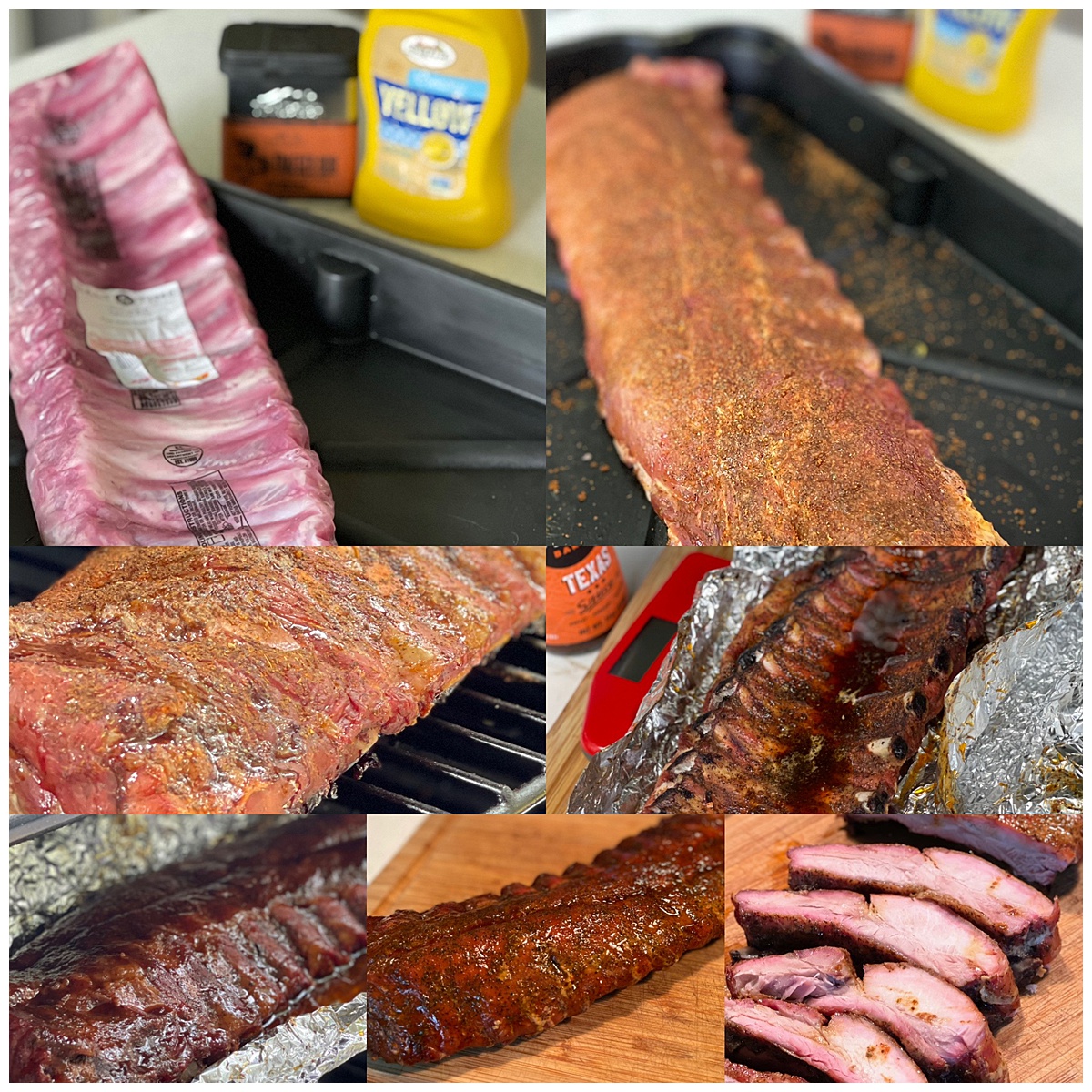 The Vitals:
the recipe: Traeger Baby Back Ribs Vol 5
the smoker: Traeger Ironwood 885
the time: about 3 hours
the full nelson: easiest traeger ribs yet

I don’t know why I started my focus on Traeger mastery with ribs. Maybe it’s because brisket takes way too long? Or that salmon just comes out so darn good like every time and there’s not that much to master? Whatever the reason, I am committed to figuring ribs out and I think I might really be on to something here. 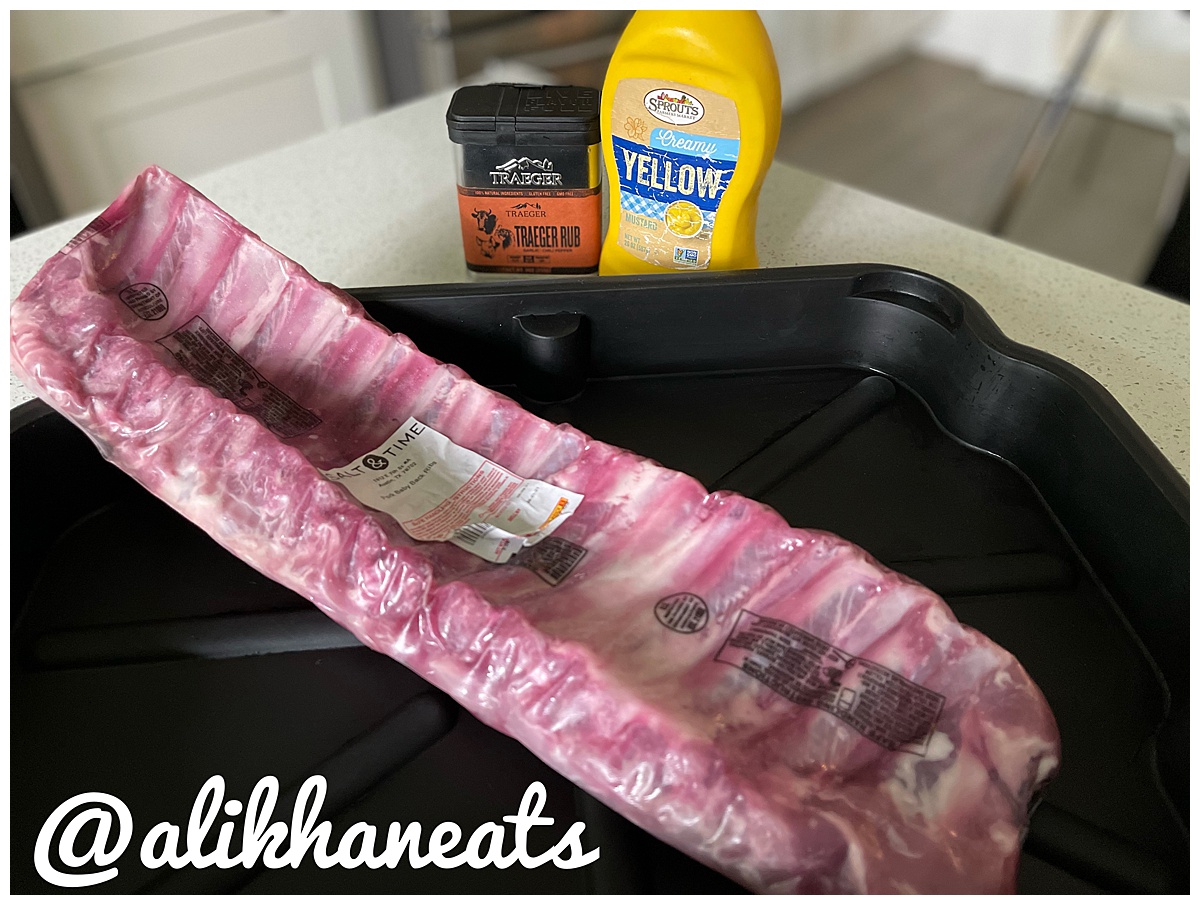 Use the best meat possible

In previous cooks, most notably Operation Traeger Baby Back Ribs Vol 3, I’ve used average quality meat. Look, I shop at the regular grocery store aplenty. But over the last year, where our dining out dollars shifted to home cooking, we have opted to shop at higher end shops. In some cases, the difference is extremely noticeable such as produce. This time I went to Salt & Time, a top shelf butcher shop in Austin TX for my ribs. Sure, these cost double what I would pay at say Costco, but one good rack was all I needed.

Believe me, it was worth every penny. 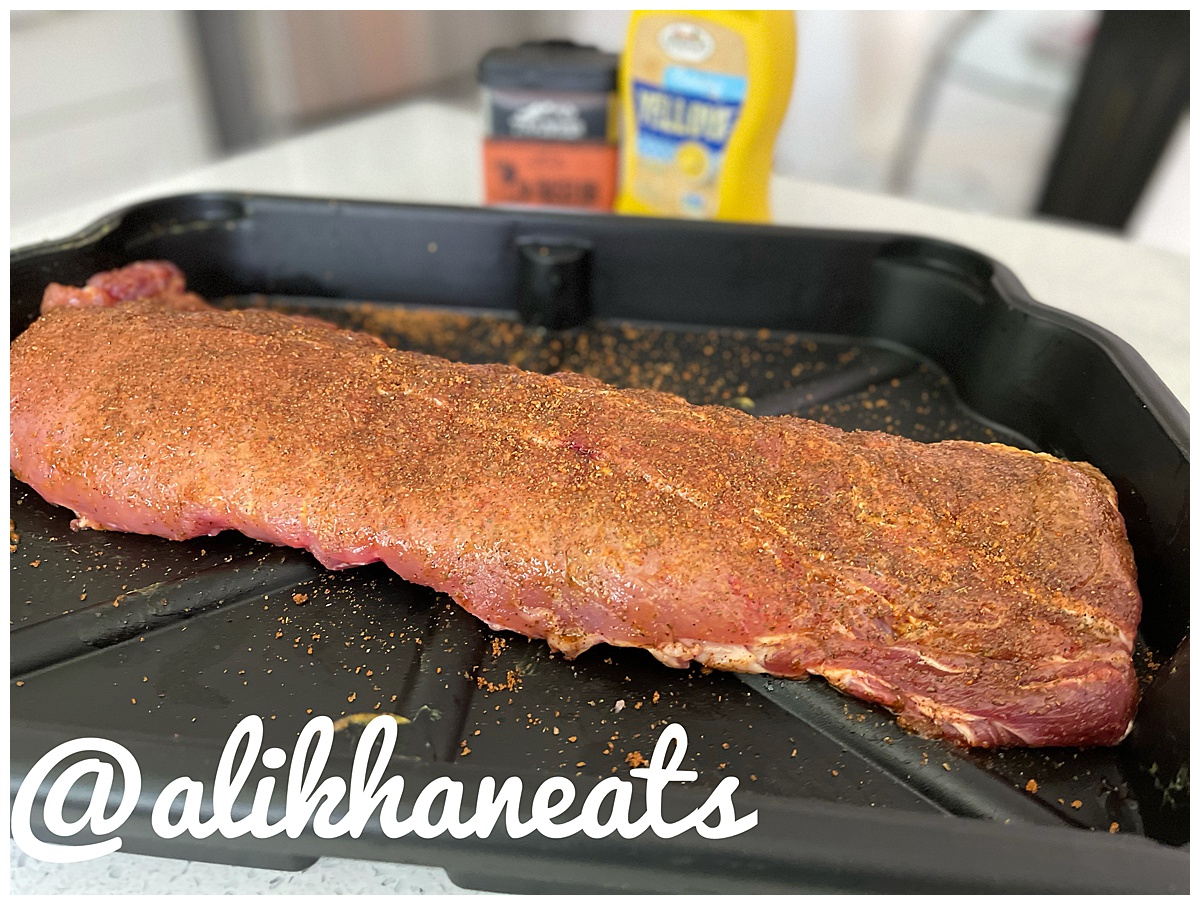 I enlisted the help of Sasquatch BBQ aka Matt Crawford. Matt is a BBQ pitmaster, Traeger advocate and all around good dude. A fellow Traeger sponsor, Matt is an accomplished Barbecue chef and has no shortage of advice when it comes to smoking on a Traeger or any smoker for that matter. Sasquatch recommended I hit the ribs with some yellow mustard and then the rub. He said the mustard was mostly for making sure the rub sticks and this is backed by a number of recipes. I totally caught the taste of mustard and I strongly suggest you do the same. 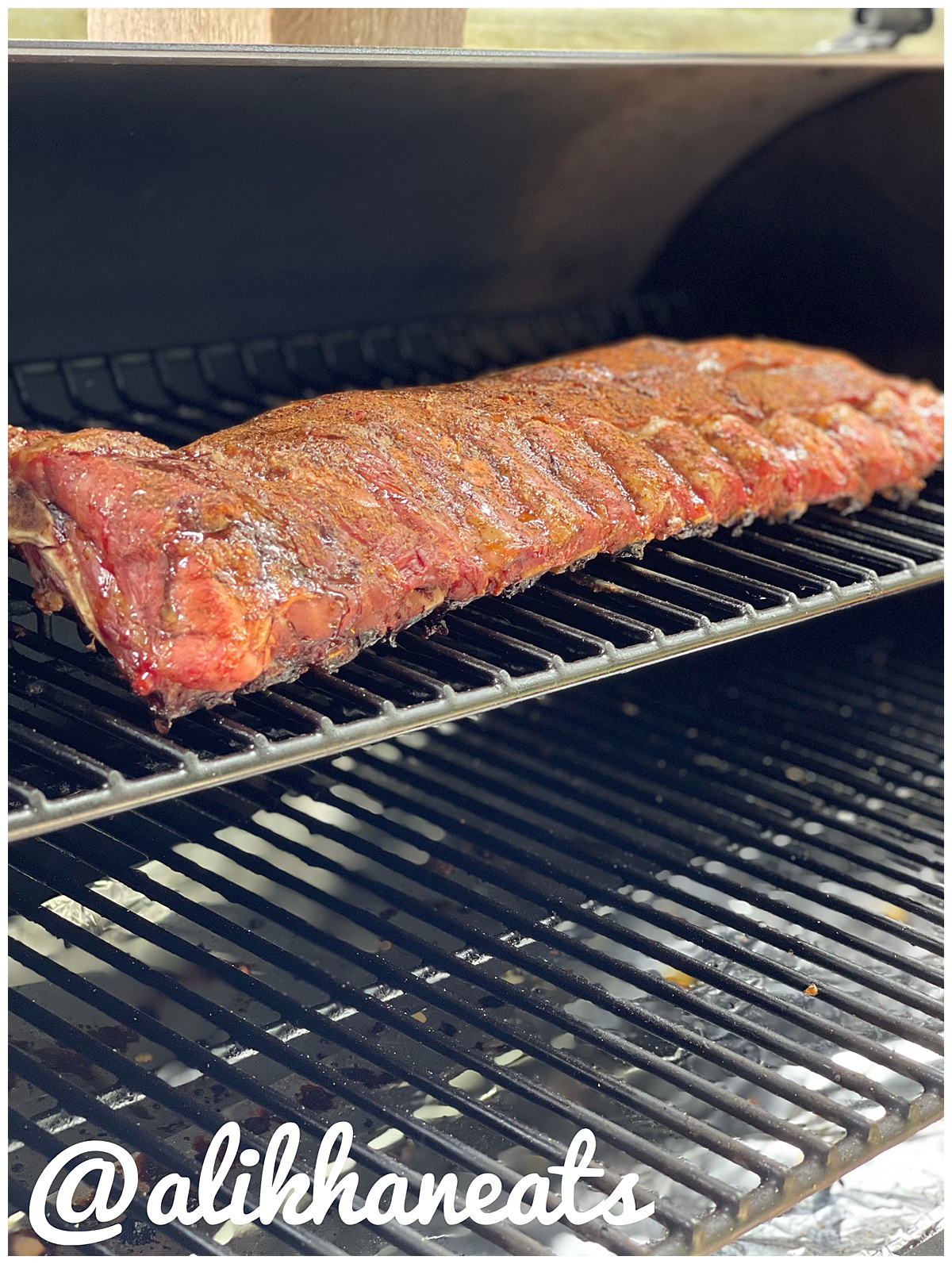 In previous cooks, I’ve spent up to 8 hours making ribs that were just on the verge of being smokey. I’ve used smoker tubes, apple juice spritz, and the “Super Smoke method”: a feature on Traeger models like my Ironwood 885. The conclusion I have come to is that the time and effort just wasn’t worth it when it came achieving a true smoked rib taste. So I asked Sasquatch for a faster method. 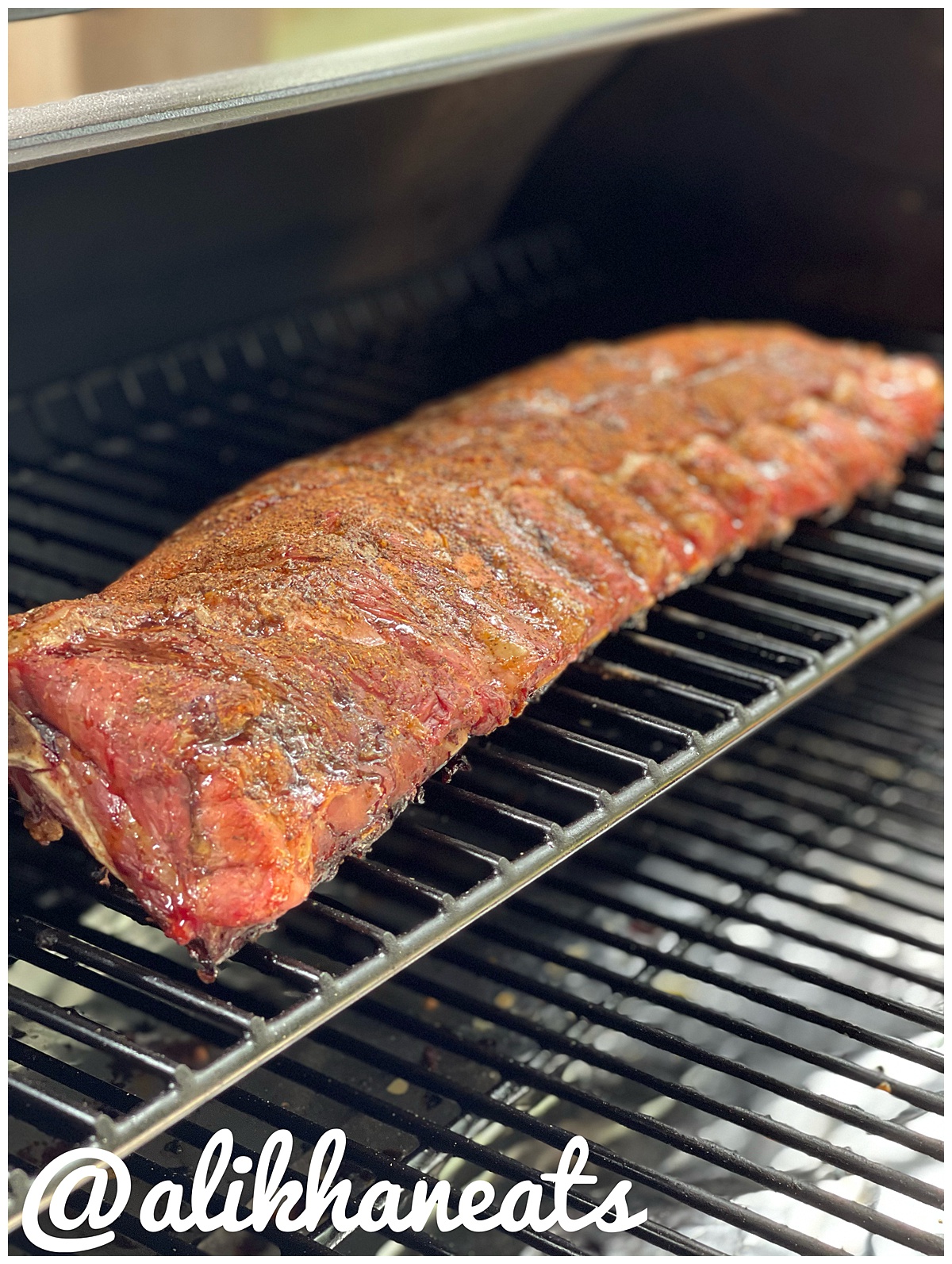 Sasquatch had me set my grill to 275. Once it came to temp, I gave it a good 15 minutes before I laid the rack on there. I cooked it till the internal temp hit 165, which took about an hour and a half. Then, like many cooks before, I foil wrapped the rack in butter, brown sugar and more rub. He did suggest some apple cider vinegar but I skipped that as I was out. Then back into the grill till we hit 190, which took another hour and a half. 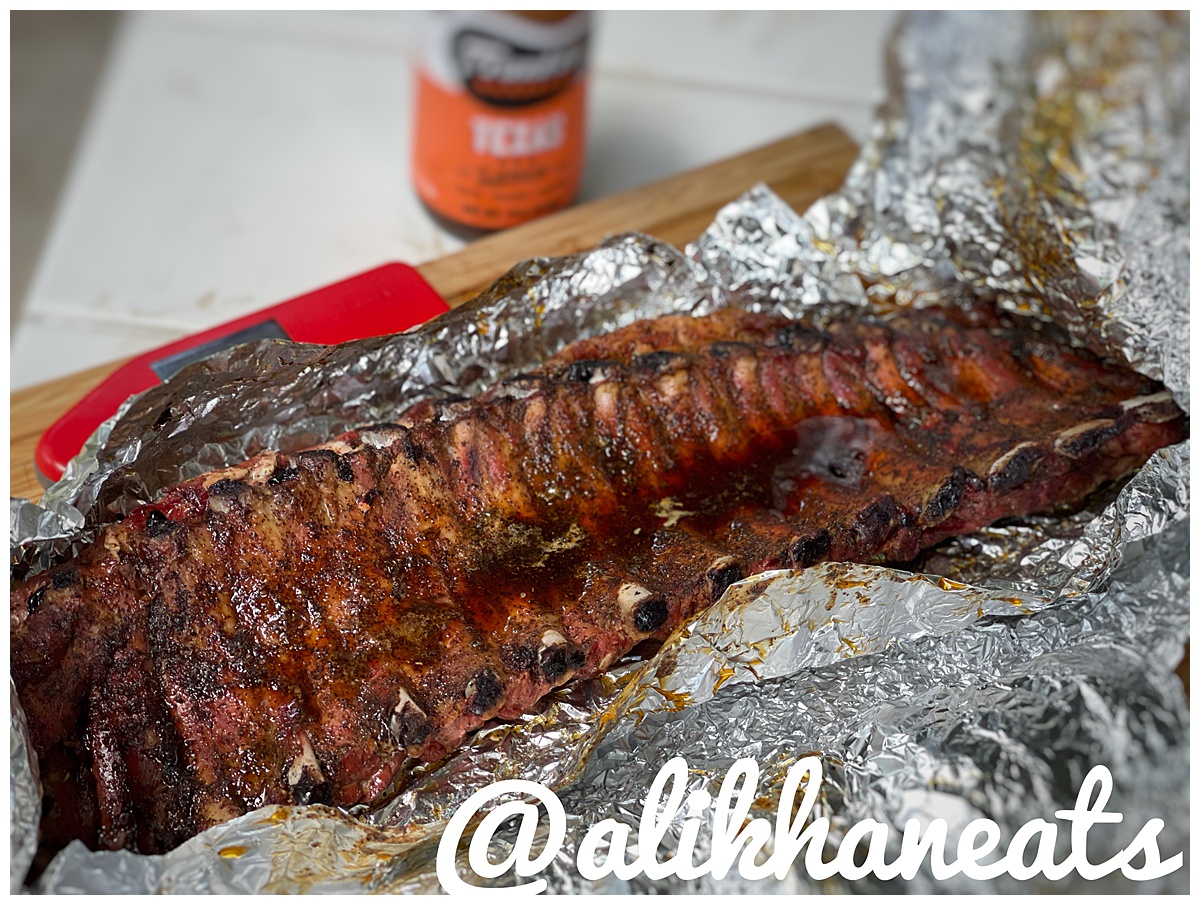 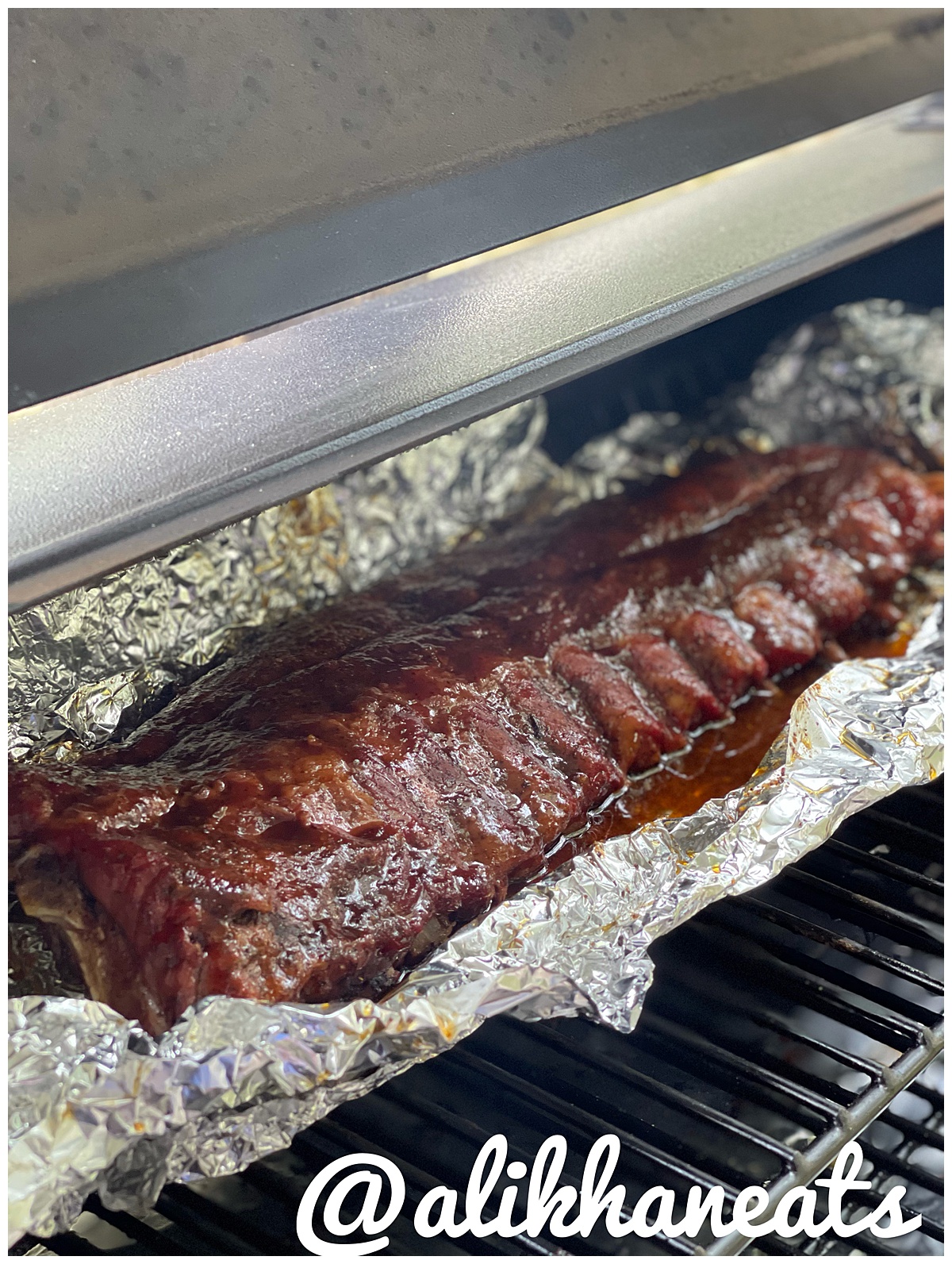 After the rack hit 190, I opened up the foil and sauced it up. Once again I reached for a bottle of Aaron Franklin’s BBQ sauce. The taste is classic Kansas City, thick, sweet and tangy, despite the word Texas prominently displayed. After saucing, I lowered the temp of the grill t0 225 degrees and hit it with the Super Smoke feature. This was to let the sauce the set, which takes about 10 minutes. I let it ride a little longer for sh*** and giggles. 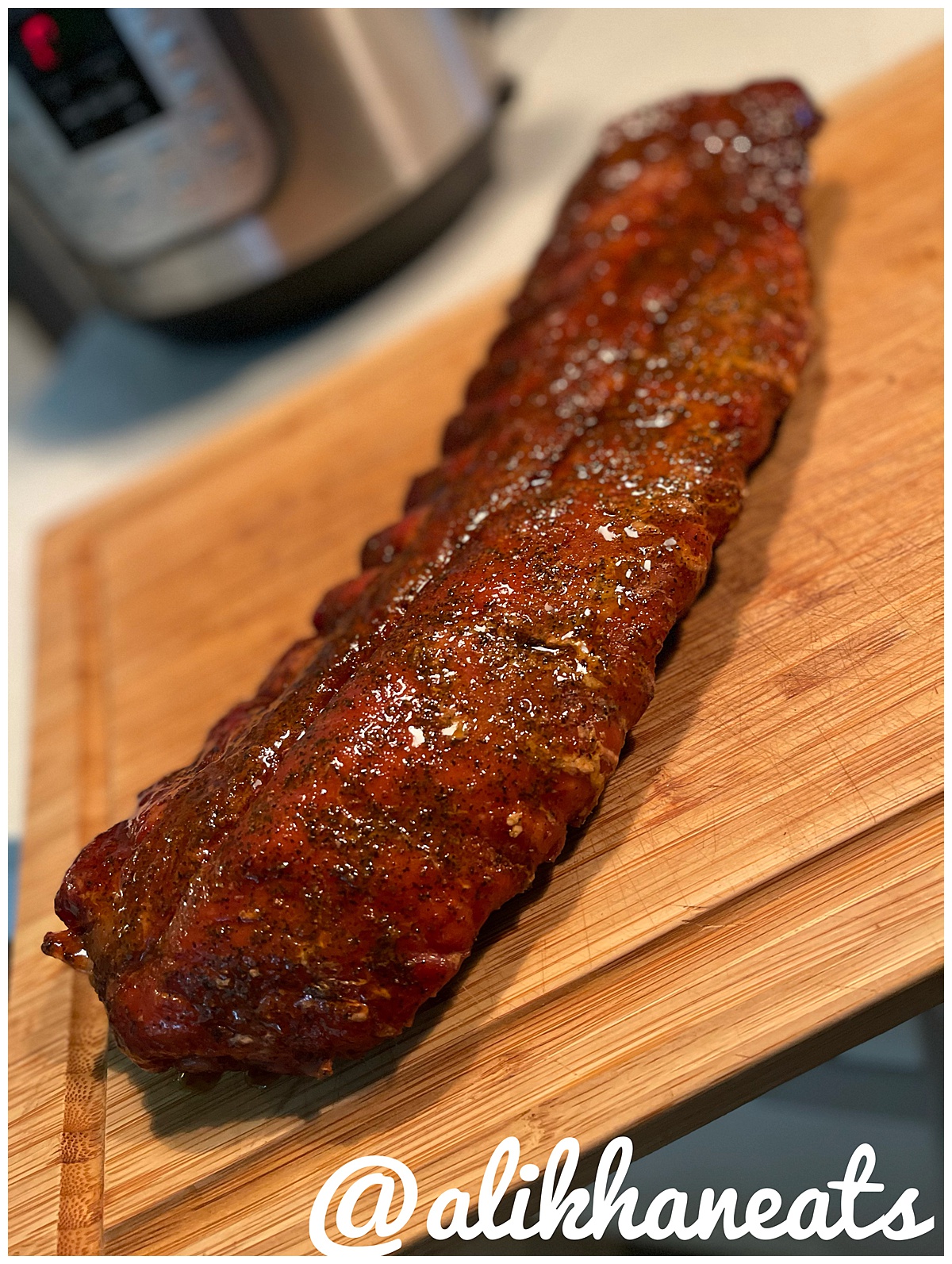 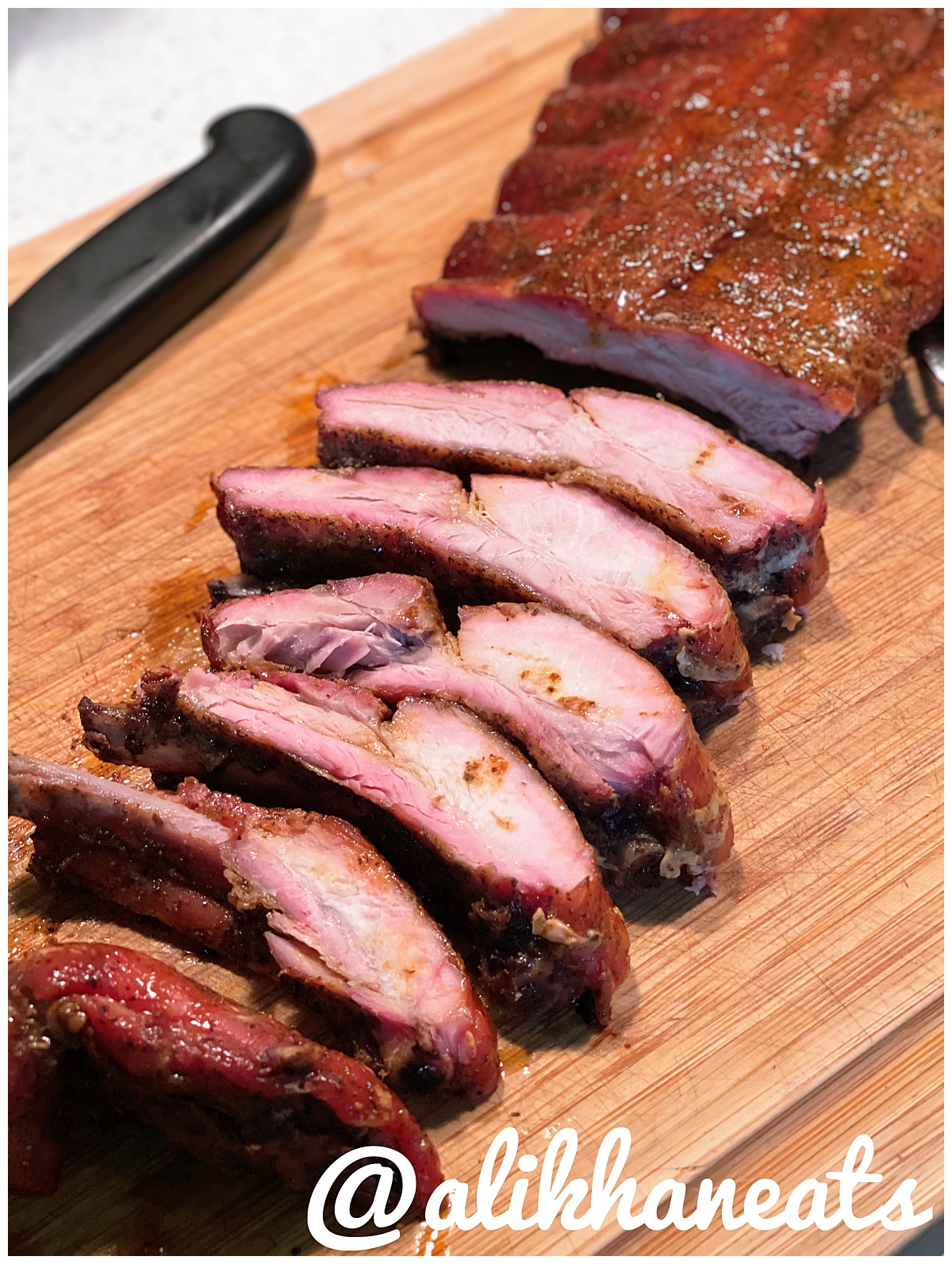 I think these are tied for the best ribs I’ve made along with Vol 2. While that version was smokier, it also took 8+ hours whereas this only took 3+ hours. Mustard was a welcomed addition to Vol 5 and the meat quality from Salt and Time was outstanding. Traeger is known for a clean taste so the quality of your meat stands out. This can work conversely too. If you get that rack that has an off smell when you take it out of the plastic, don’t expect the smoke to mask that funk. Frankly that’s gross and I’m done with those days. I’d rather eat less and have better quality that a fridge full of leftover jank ribs.

Now the only real flaw here is that I didn’t eat them ASAP. We had friends coming over and a game to watch so I made these ribs ahead if time and held them in the oven. Baby Backs can dry out and while these weren’t dry, I can only imagine them tasting better had I eaten them sooner. Regardless, as I type this I’m going to totally make this again and compare with a second rack cooked lower and slower to compare.

For now though the takeaway and technique is this: high quality meat and mustard rub. A Traeger is a handy device but it can’t create all the flavors, that’s also on you, your pantry and your butcher.