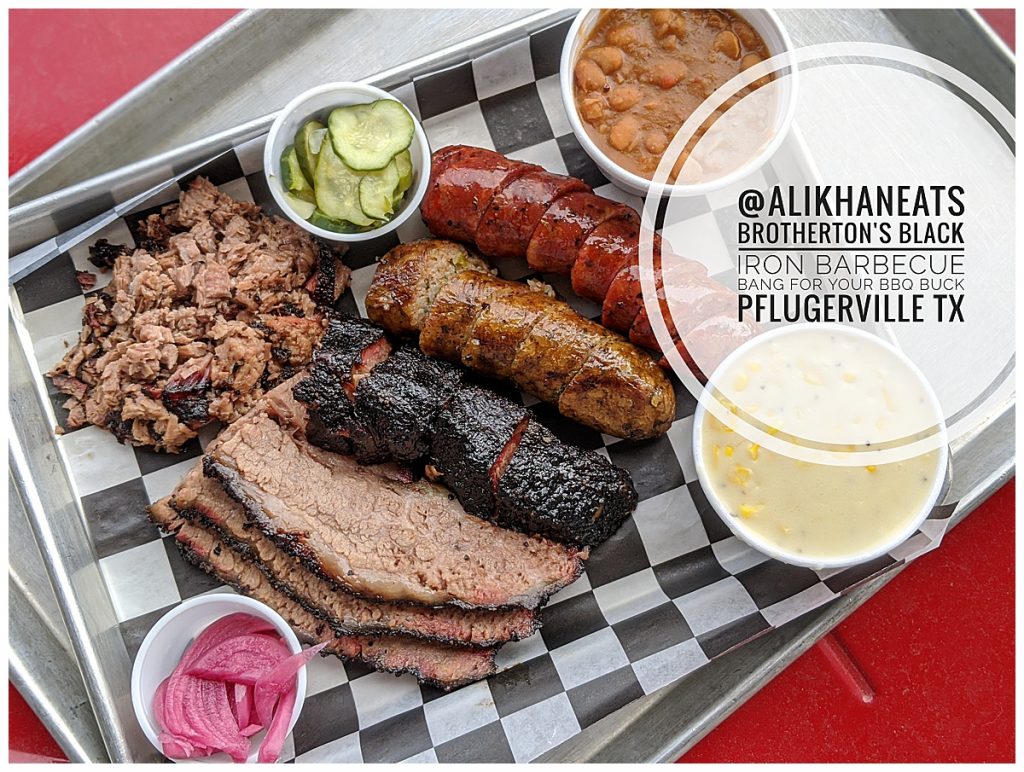 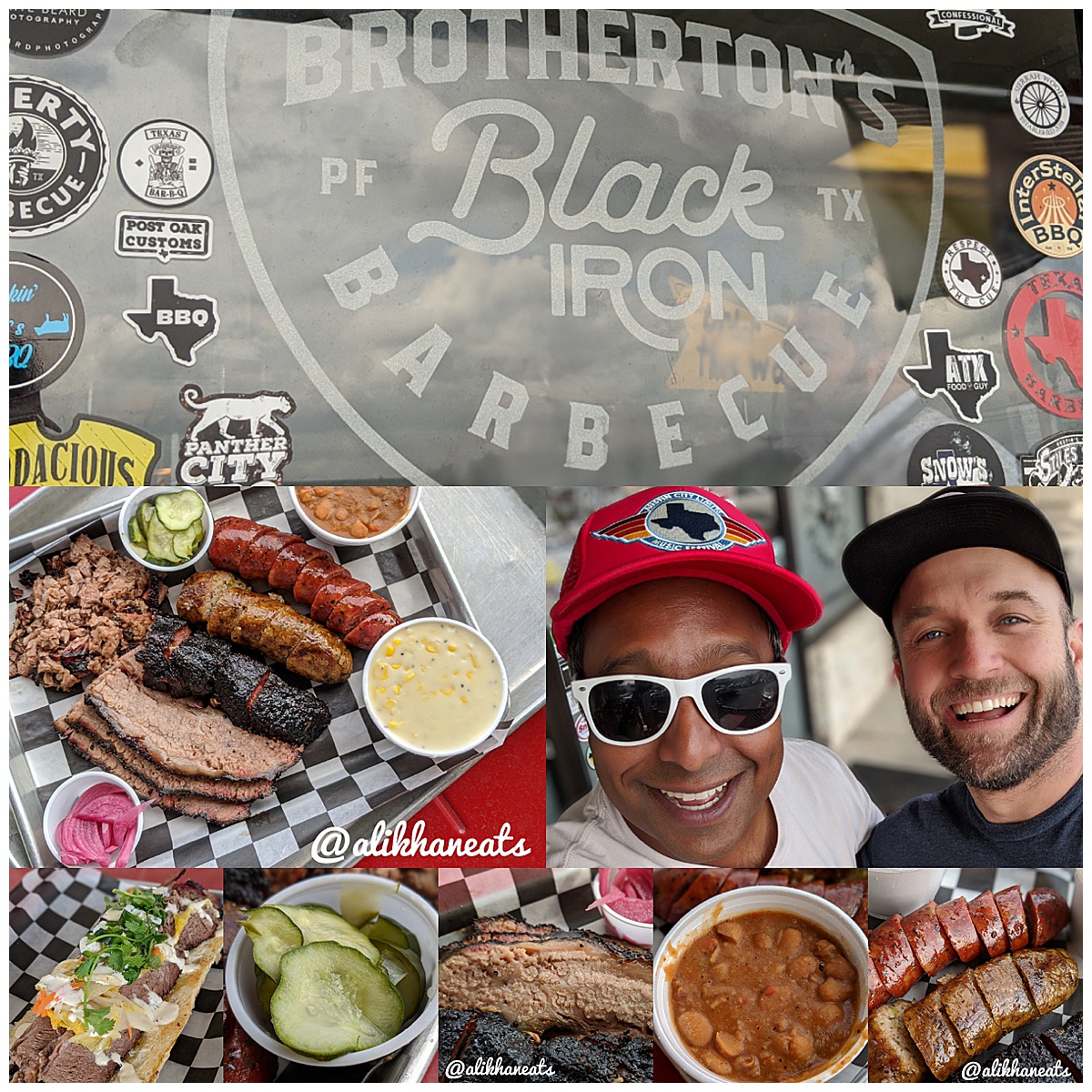 The Vitals:
the spot: Brotherton’s Black Iron Barbecue 15608 Spring Hill Lane #105 Pflugerville TX 78660
the eats: Brisket by the pound, Brisket Bahn Mi, Boudin
the bucks: $13-$20 a person depending on whether you go sandwich or plate
the full nelson: Central Texas Craft BBQ in the northern environs of greater Austin

Brotherton’s Black Iron Barbecue in someways is part of the Central Texas barbecue new wave that started with Franklin’s BBQ in 2009. Unlike Franklin’s, the line isn’t excessive and it’s not part of the East Austin BBQ lineup. In fact Brotherton’s technically isn’t even in Austin. It’s in Pflugerville, a town about 15 miles north of downtown Austin. But they got a brisket worth waiting in line for and they got the vision to put that brisket into a Bahn Mi. Yeah, Brotherton’s is a real find. 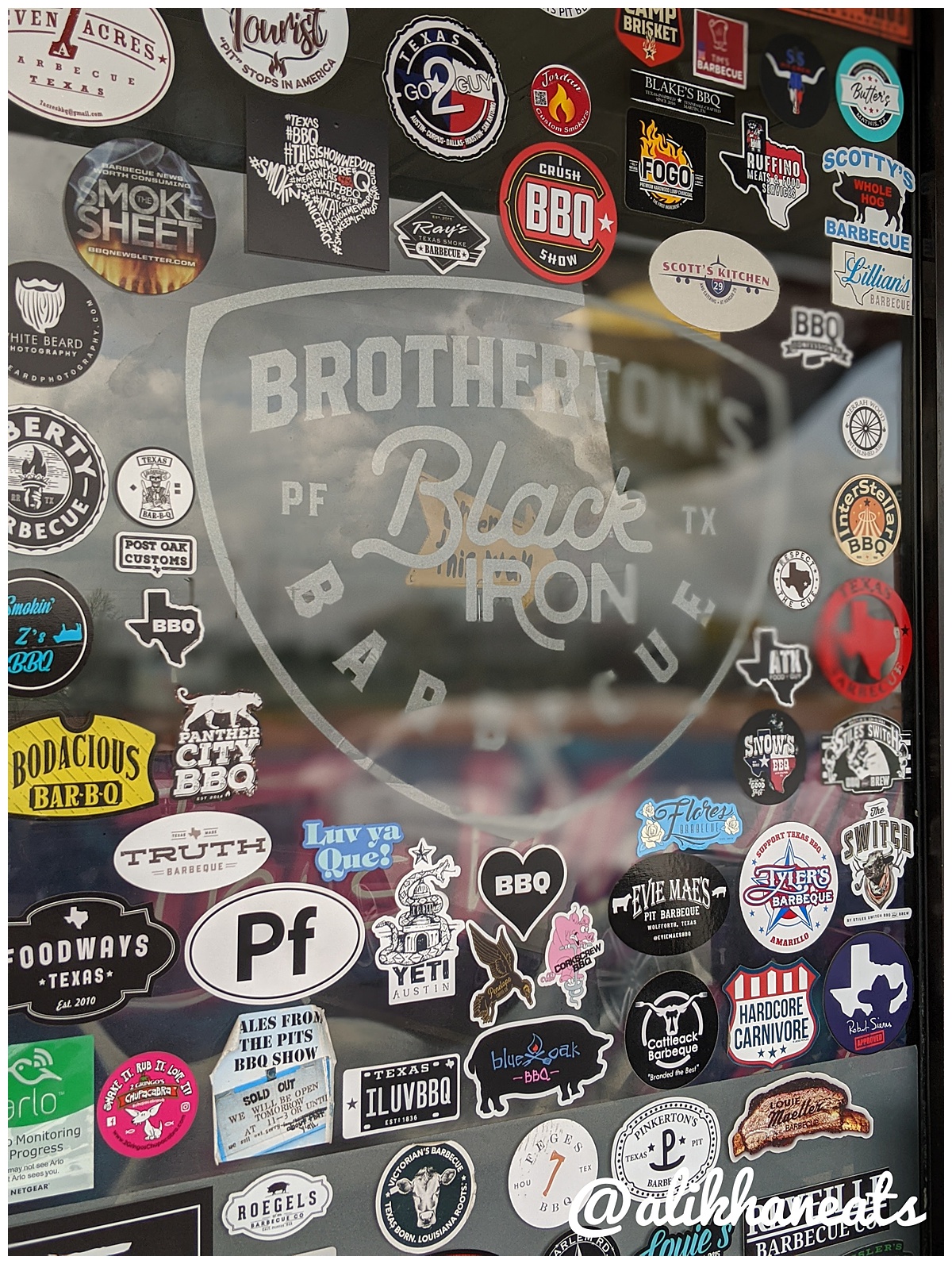 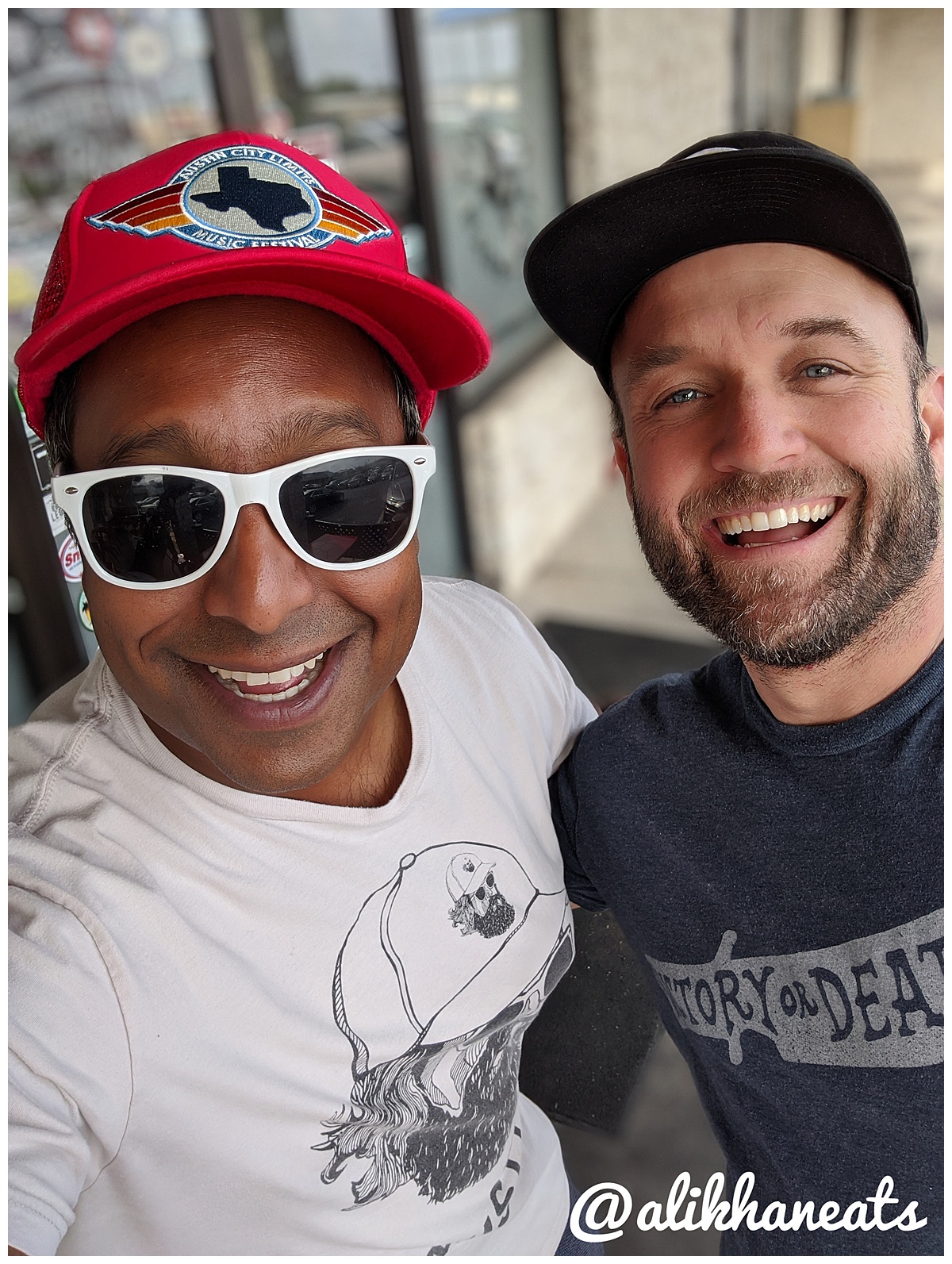 I got the Day Tripper, Chet Garner, to thank for getting me out to Pflugerville to try out Brotherton’s Black Iron Barbecue. His office is a stone’s throw in nearby Georgetown. And that is a big reason why Brotherton’s is important to the new wave of bbq joints. It’s happening up north and they aren’t alone. Black Box barbecue, Interstellar and a soon to be opened outpost of Stiles Switch have identified that the rapidly growing suburbs north of Austin proper are prime real estate for a legit bbq joint. 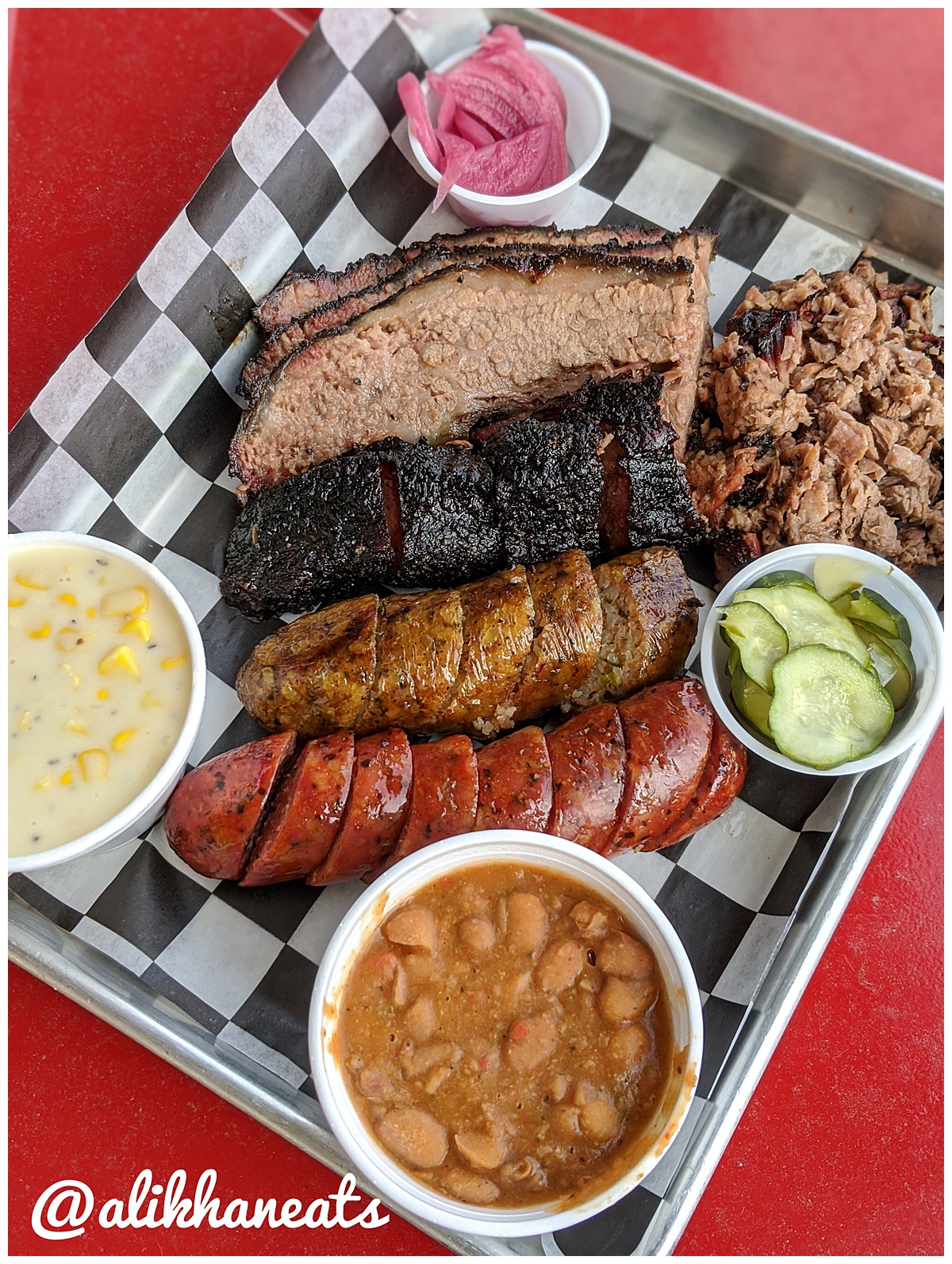 Even if the idea is to make quality barbecue conveniently located for suburbanites, rest assured that this plate is worth hopping on a plane for. And the price is right, especially if time means money for you. Like many craft barbecue places, Brotherton’s runs out of meat because they make a finite amount which ensures a degree of quality control. When I went at 1pm(Pre Covid-19) they had already run out of ribs but at least I didn’t have to wait in a long line to find out. The same can’t be said at La Barbecue or even Terry Black’s.

God is in the details, and I can see the Almighty in that ridiculously tender brisket. In the middle is boudin sausage, that Cajun meat and rice link that is one of my all time fav cased meats. Below is the classic Texas link. 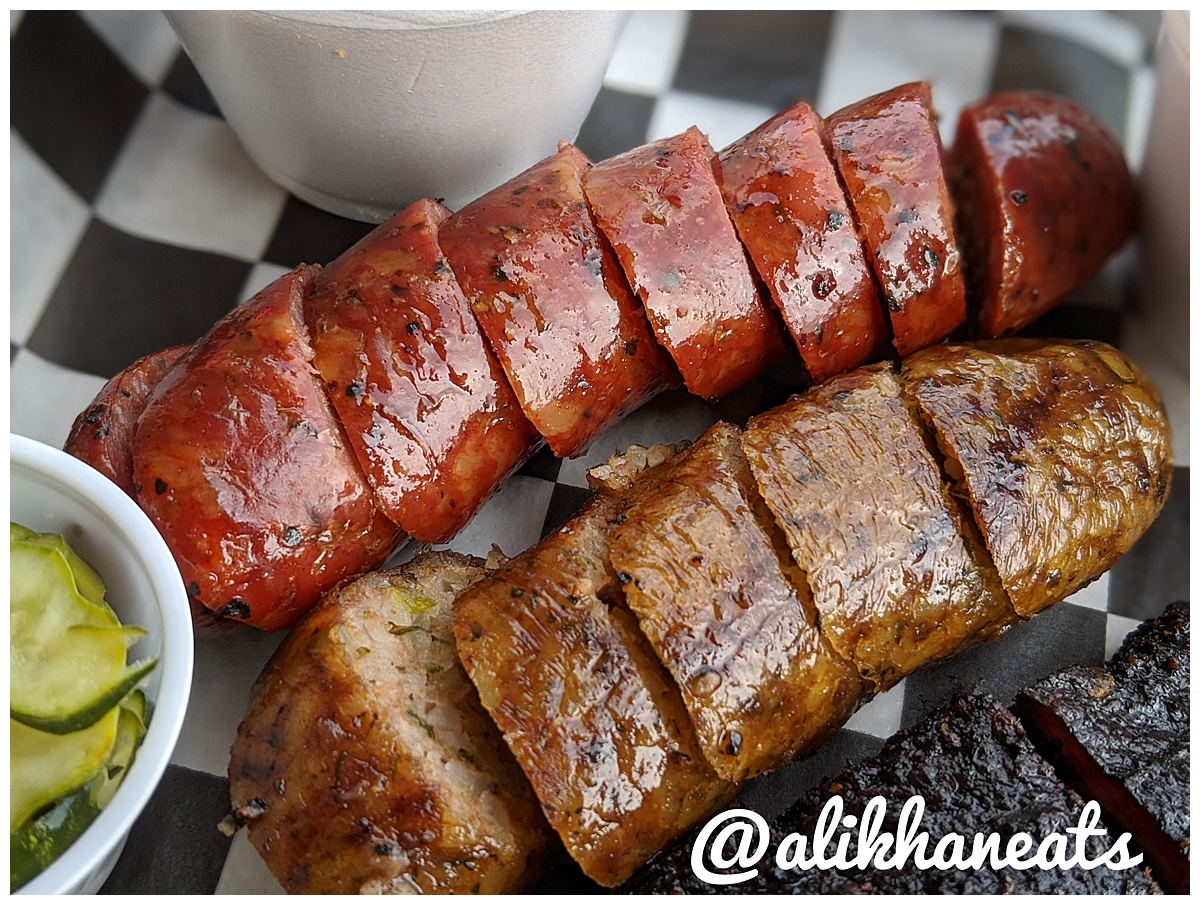 I’m spoiled when it comes to Boudin as I have been to New Orleans a few times. Still, I would get this Boudin again, a touch dry but an all around respectable effort considering we are in Central Texas. I’m usually a big fan of the classic Texas Czech style link but on this day I wasn’t feeling it. Could have been a finer grind but if I could do it all over again, I would pass on that link. 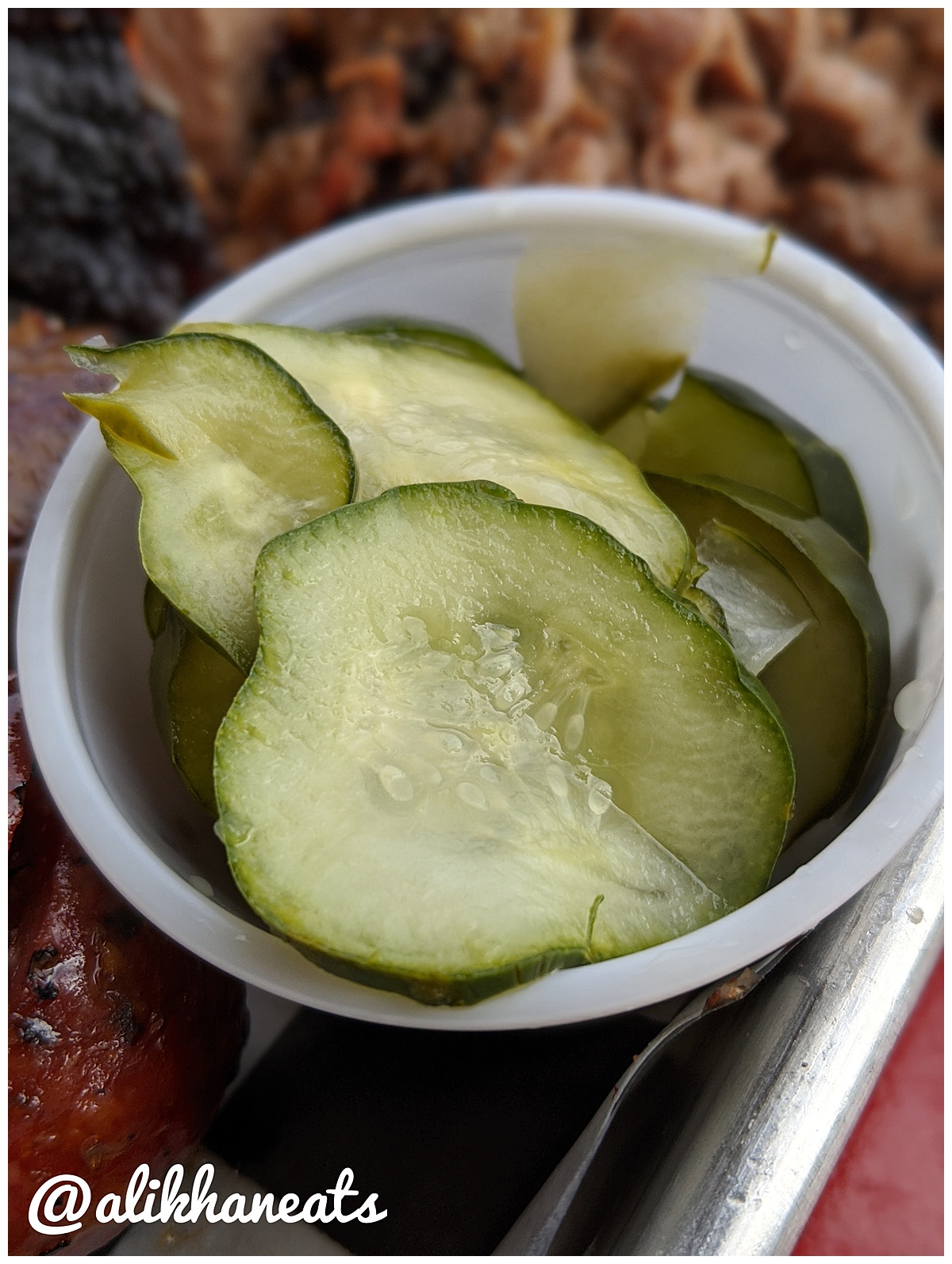 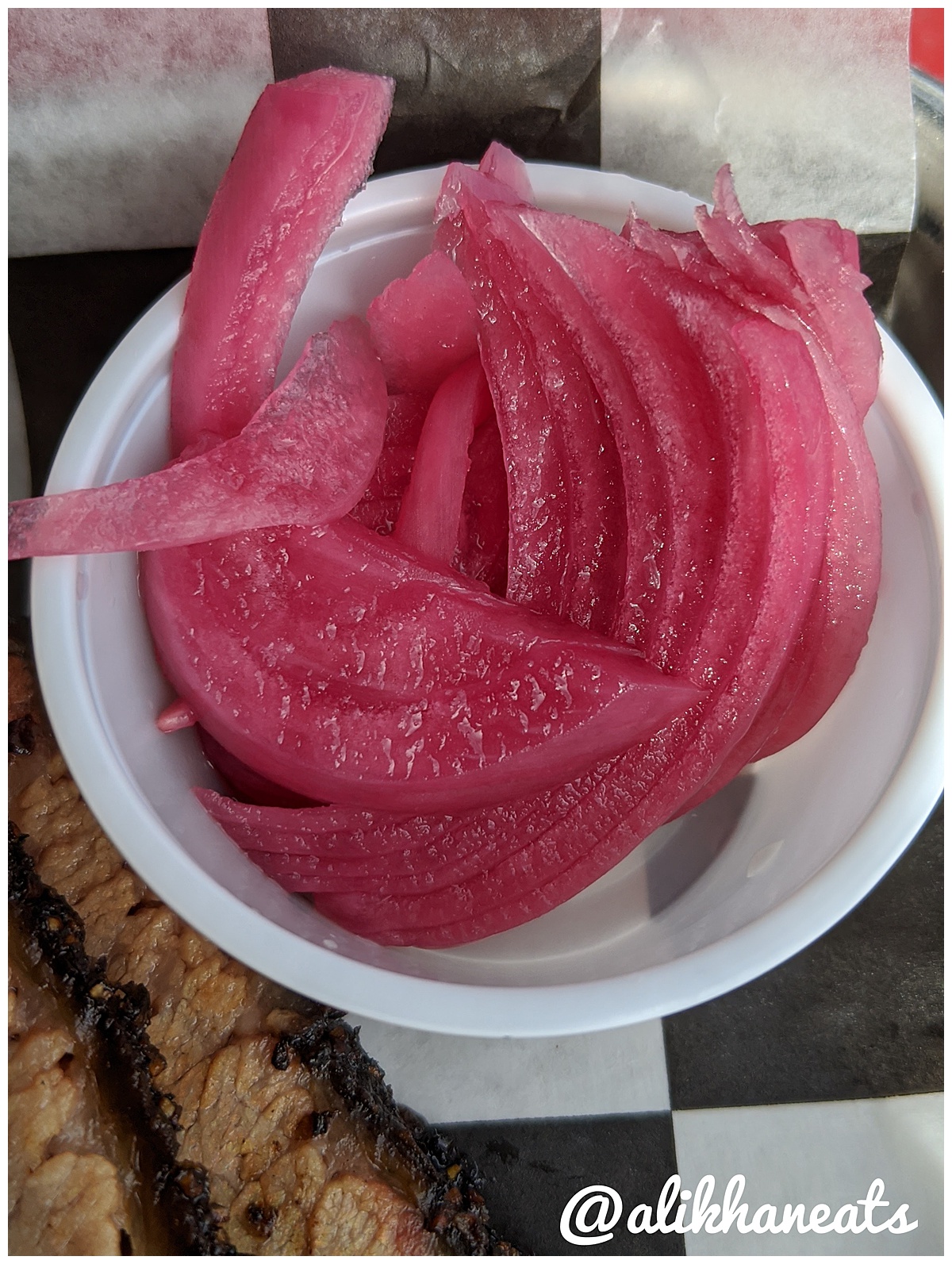 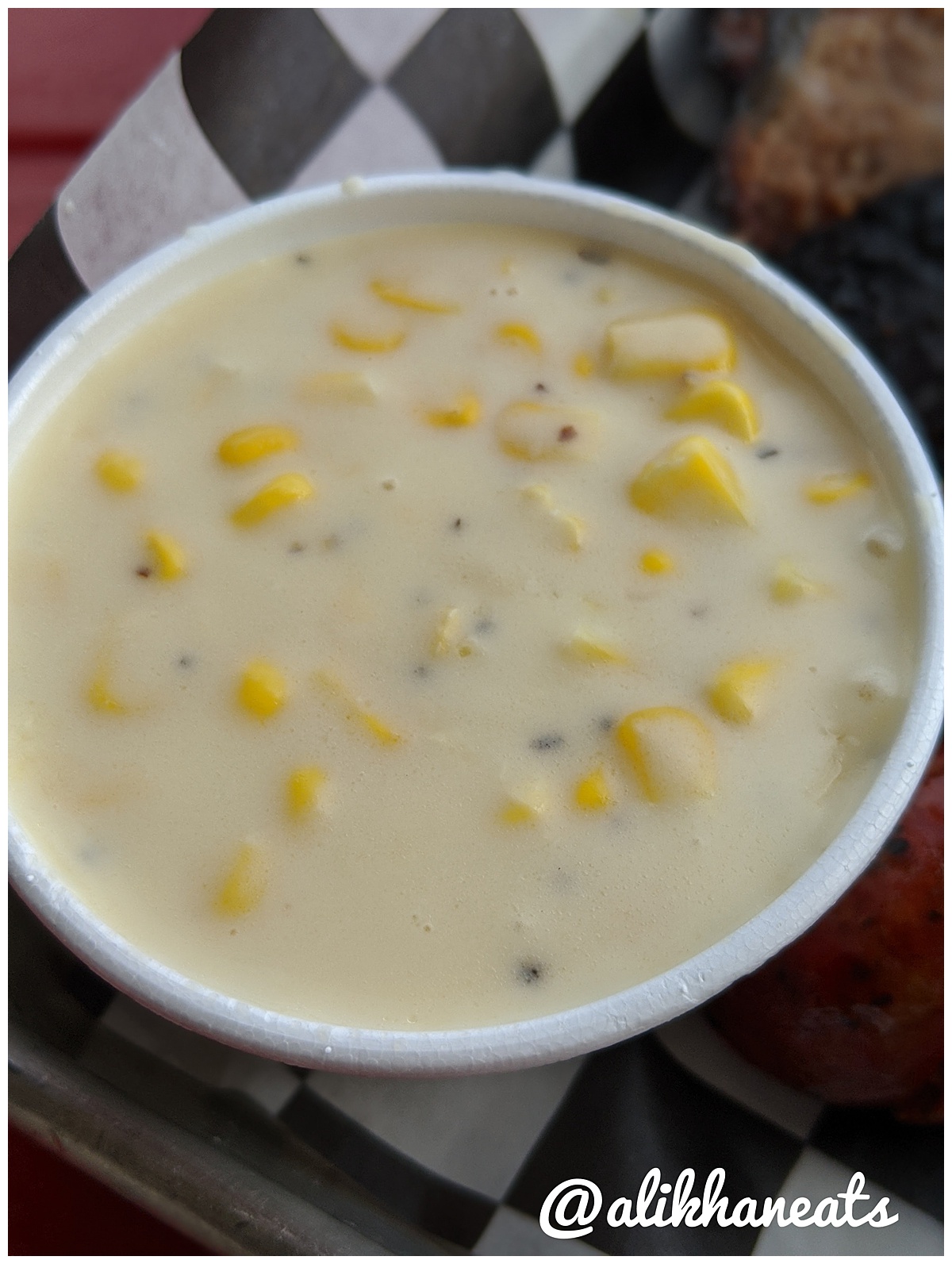 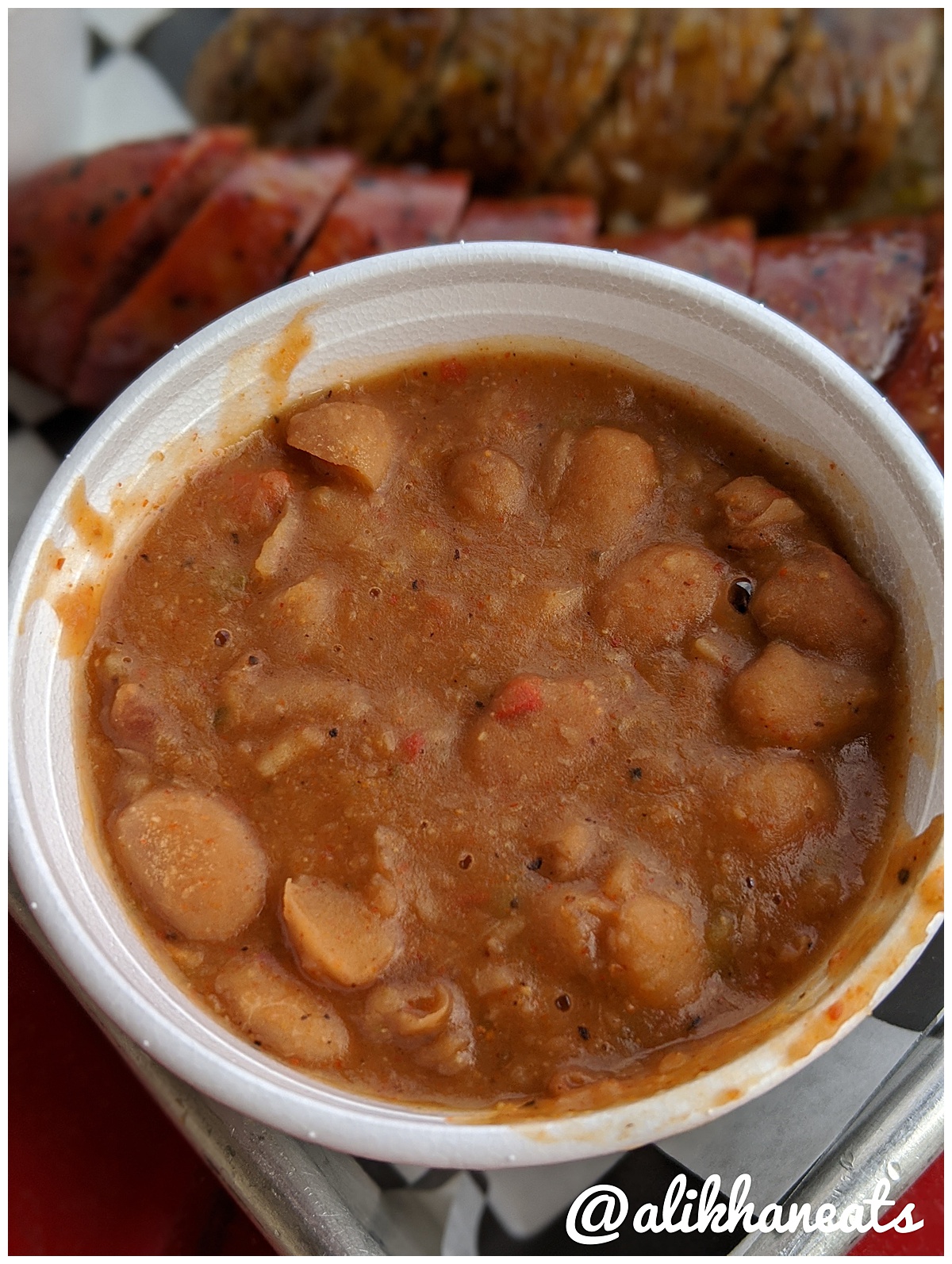 As far as sides went, Brotherton’s is craft bbq through and through when it came to the pickles and onions. The creamed corn struck me as a little uninspired but tasty enough. Bottom line is that you are here for the brisket and on that, Brotherton’s certainly delivers.

And then there is that Bahn Mi. 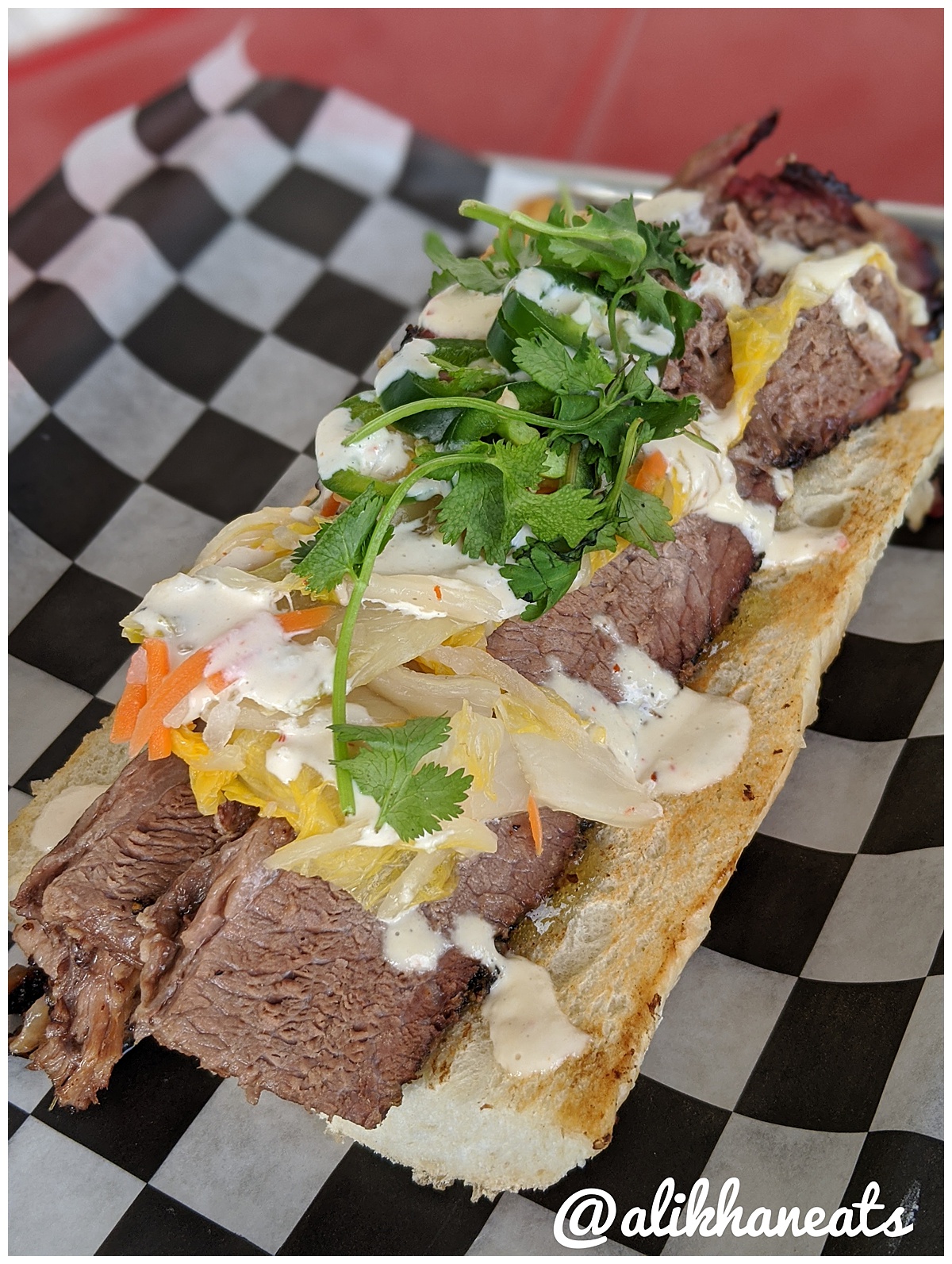 Coming in at about $13 and sized up like a grown man’s forearm, the Brisket Bahn Mi, or any of the brisket sandwiches, is serious Bang for your BBQ Buck. This is what I love about Craft Central Texas BBQ: a 21st century sense of diversity when it comes to what can be done with smoked meats. This sandwich literally is awesome as it looks. 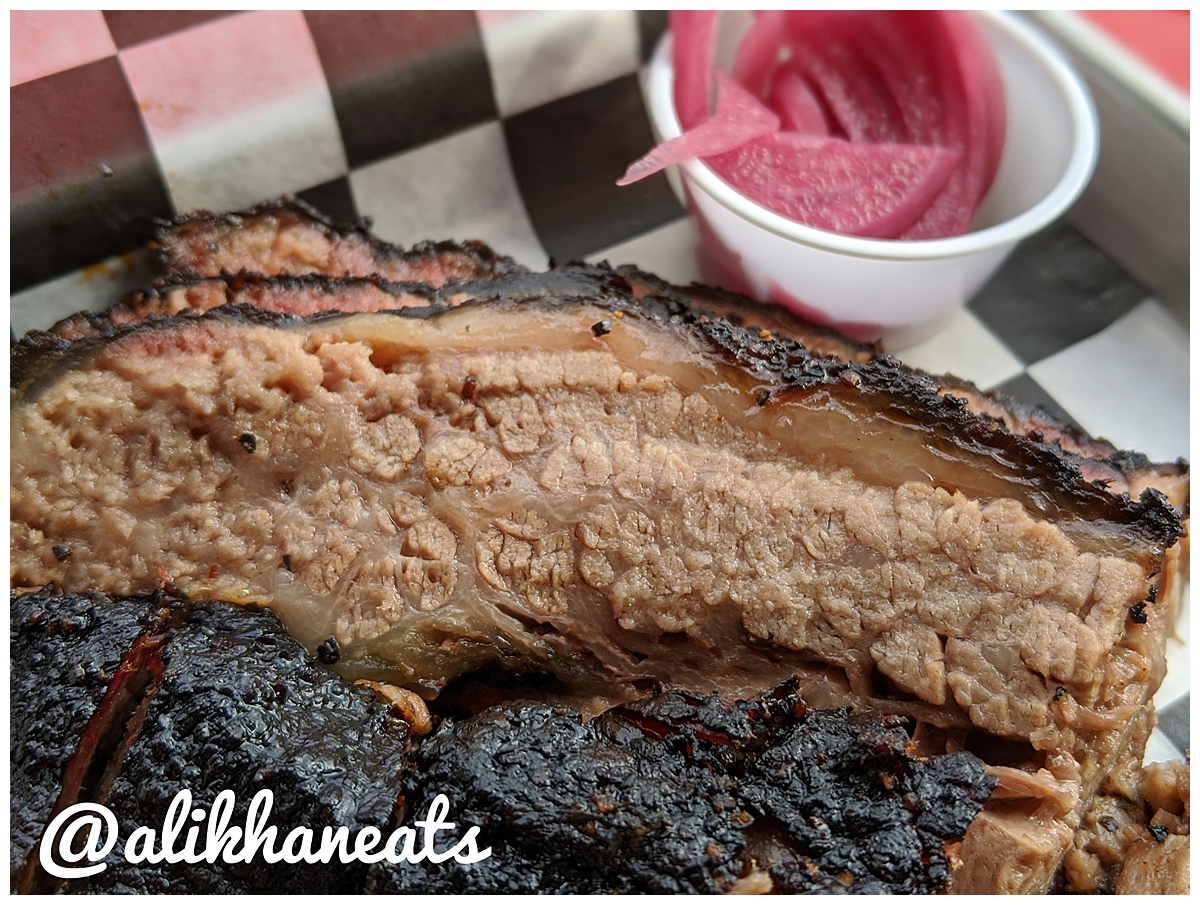 Still, if you want to make waves in the barbecue scene these days you gotta bring it with the brisket. And Brotherton’s certainly does. Whether you are a local looking for a new BBQ spot up north or an out of towner looking for Craft BBQ that flies under the radar, I would definitely get yourself to Brotherton’s Black Iron Barbecue.