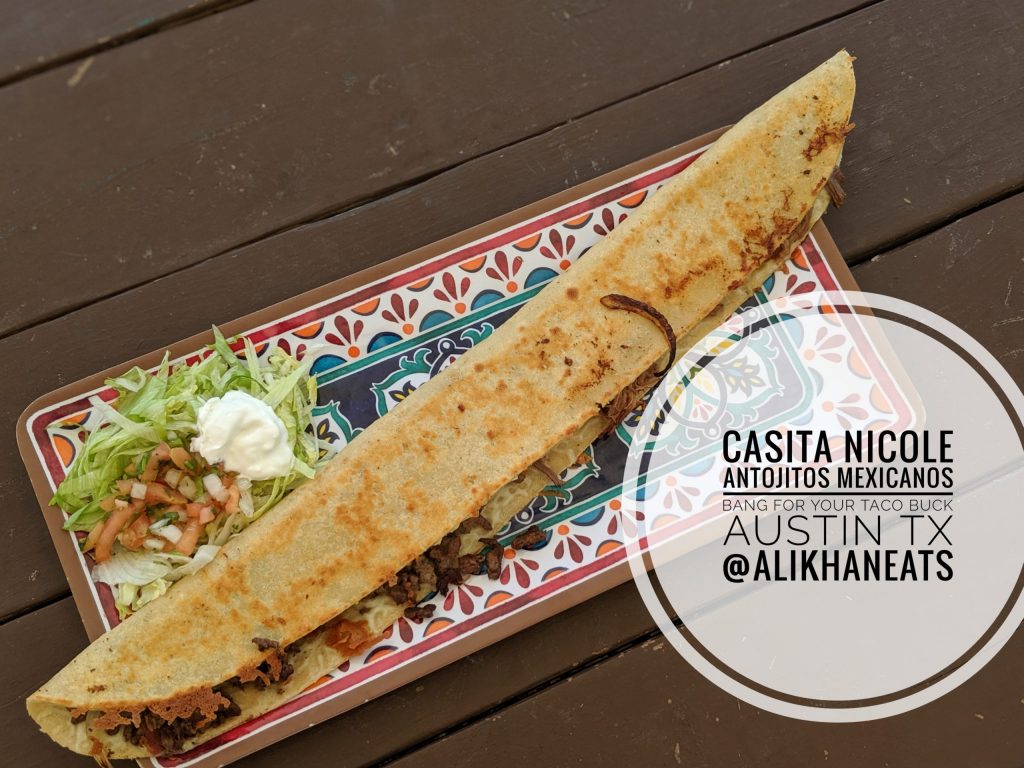 The Vitals:
the spot: Casita Nicole Antojitos Mexicanos 9618 Manchaca Road Austin TX (parked at the Texaco)
the eats: Machete, Huitlacoche quesadillas, and everything else on the menu
the bucks: $10 a person will set you up nicely
the full nelson: the taco place Danny Trejo should have opened and Austin’s answer to a Mexico City delicacy

Especially when the taco is bigger than the plate. 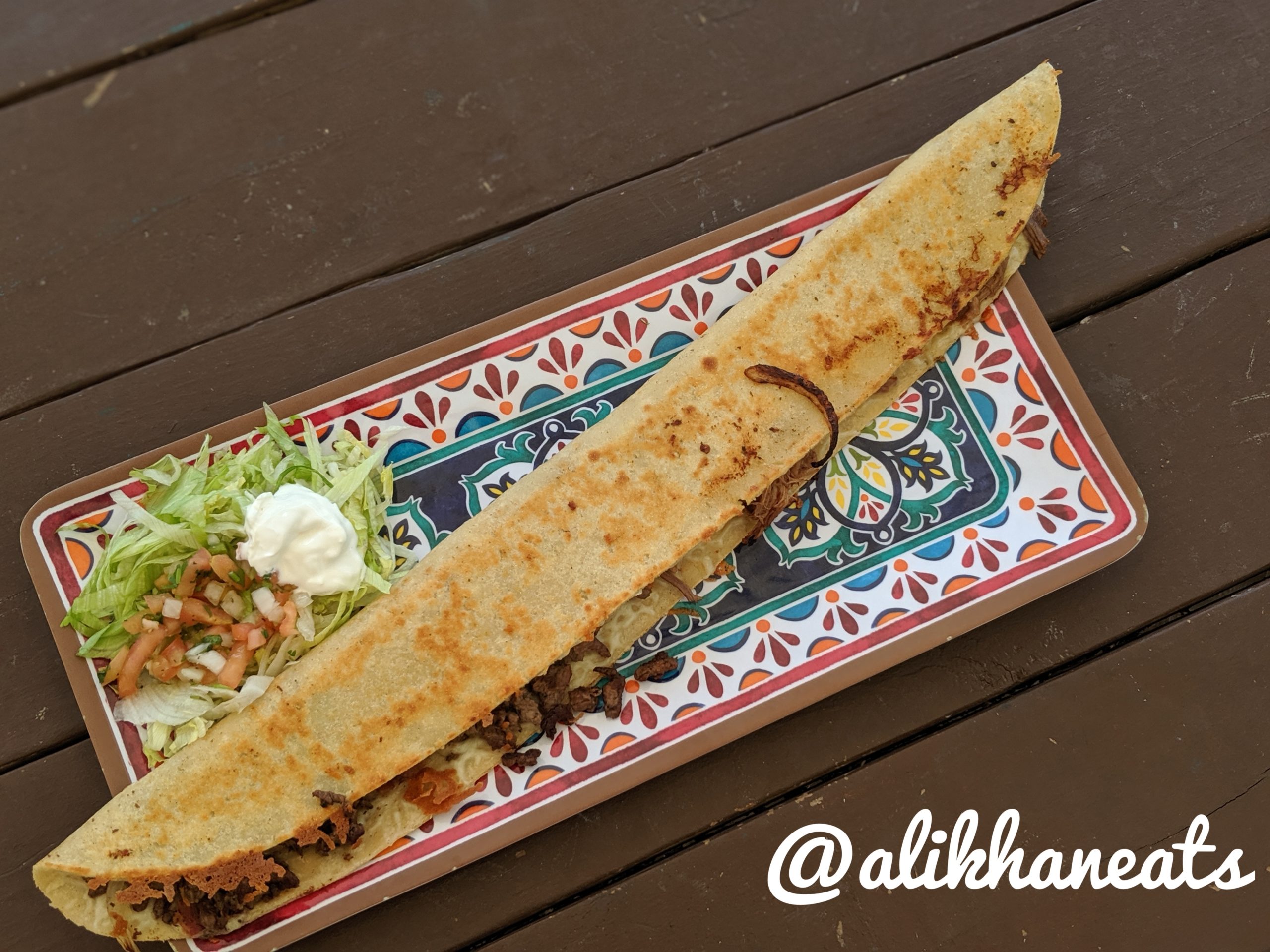 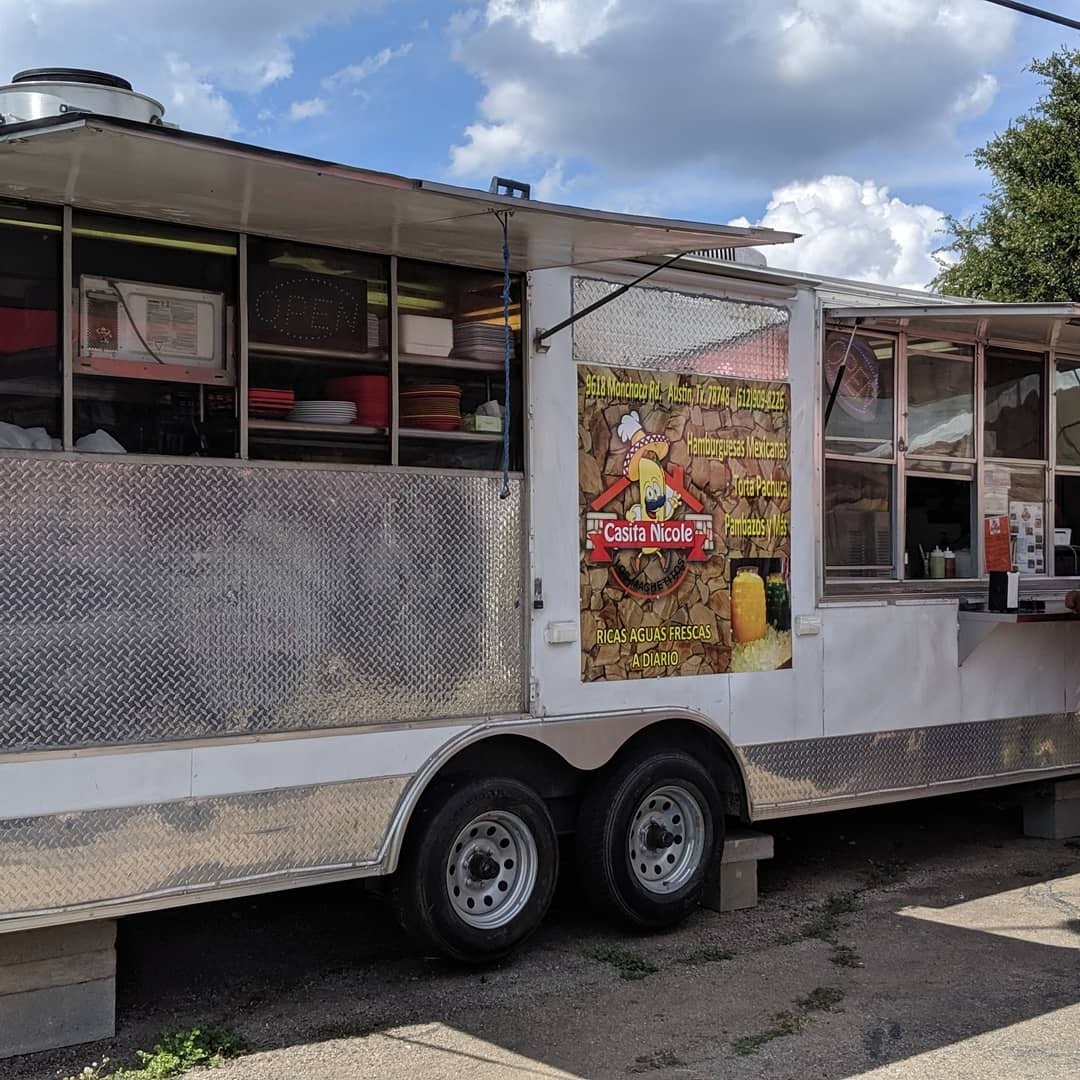 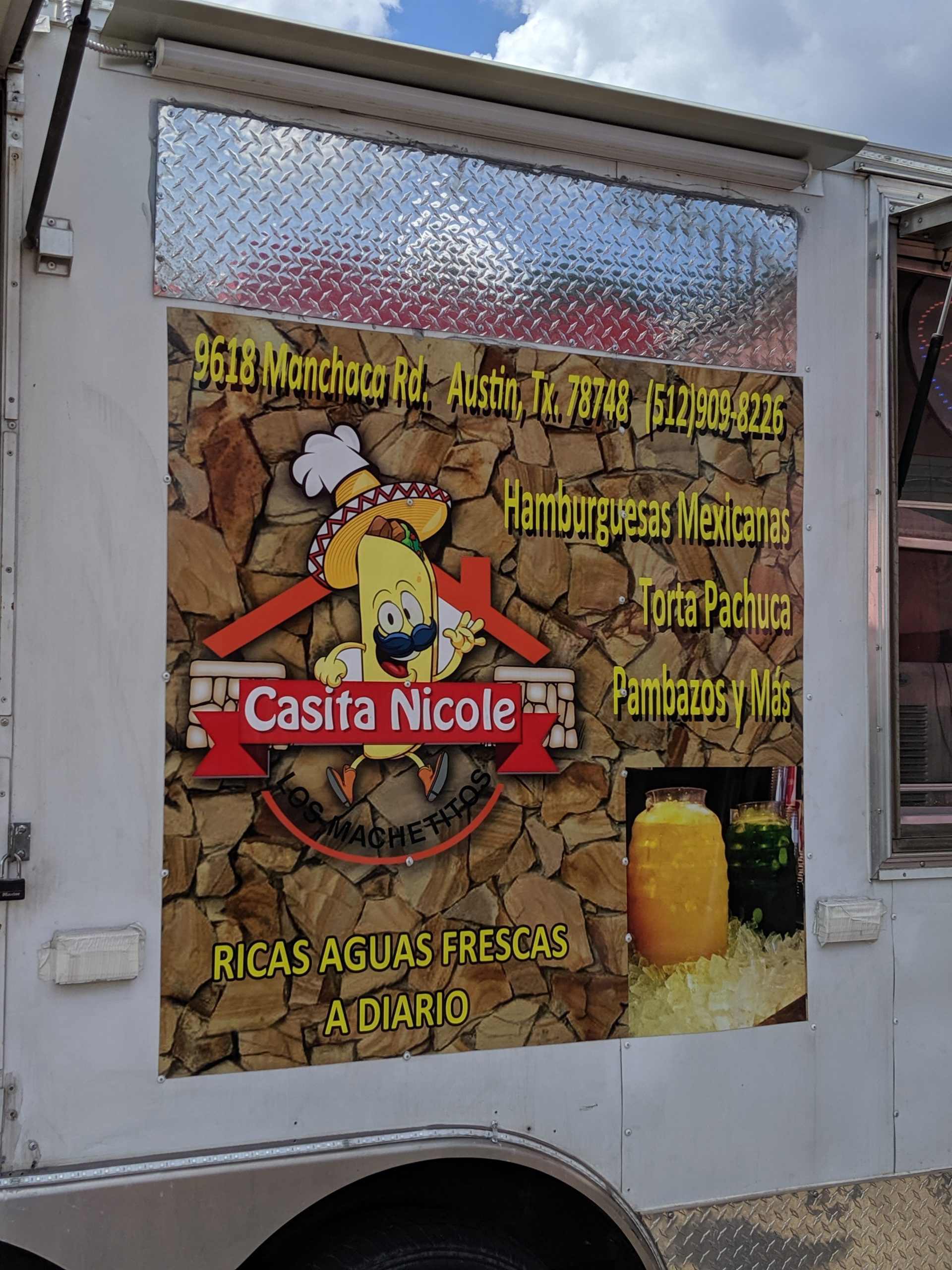 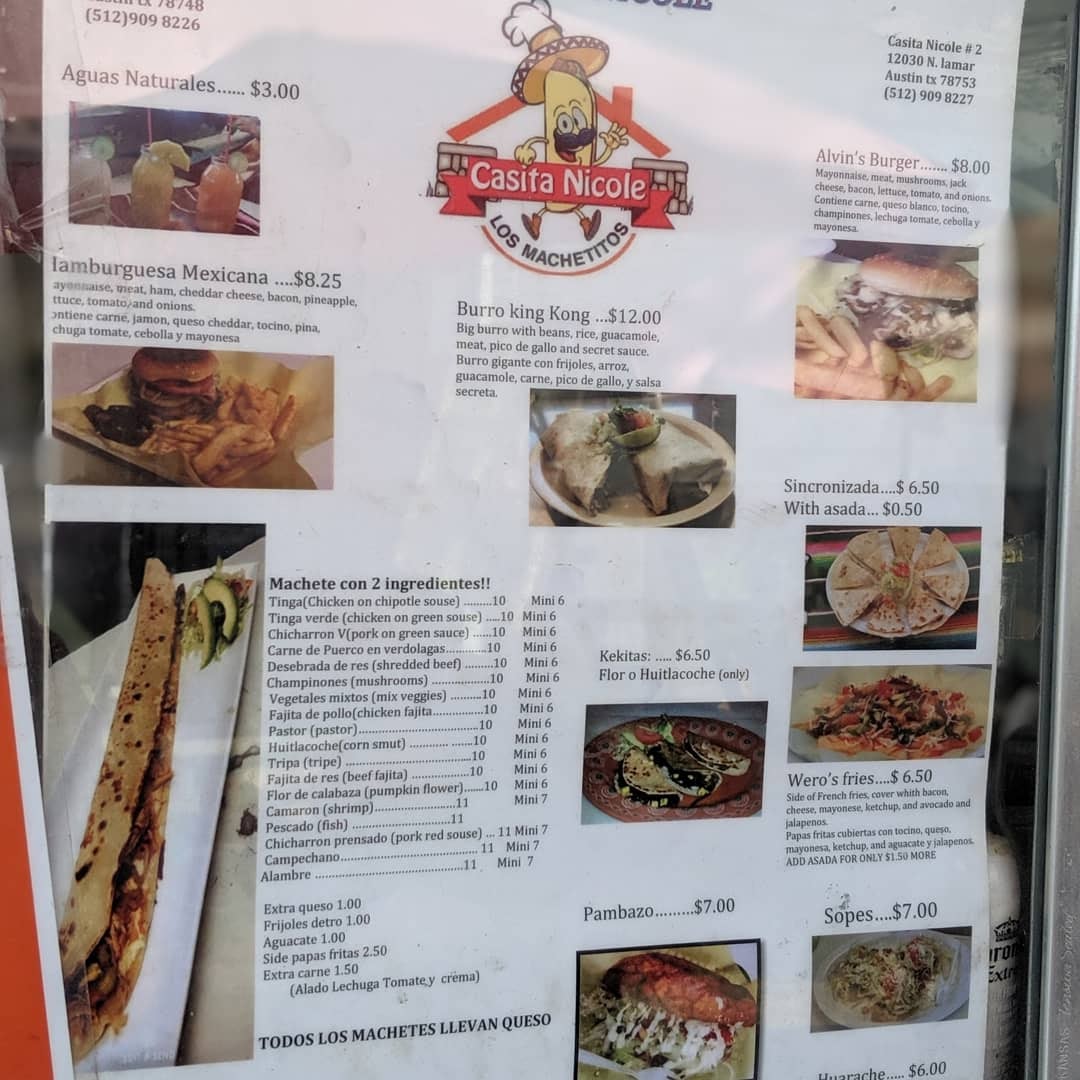 Affectionately called “interior Mexican” on the Yelps, Casita Nicole Machete Tacos and the rest of their Antojitos Mexicanos(snacks/tapas) fit my bill as the kinda Mexican food I would expect to find in Mexico vs all that Tex Mex jazz(spoiler alert I think Queso is ballpark food)

We barely scratched the surface as far as the menu goes because though those Casita Nicole Machete tacos run you $10 for a large . . . you can easily share that and a quesadilla and call it a day. Speaking of quesadilla, we went for some smut . . . corn smut that is . . . 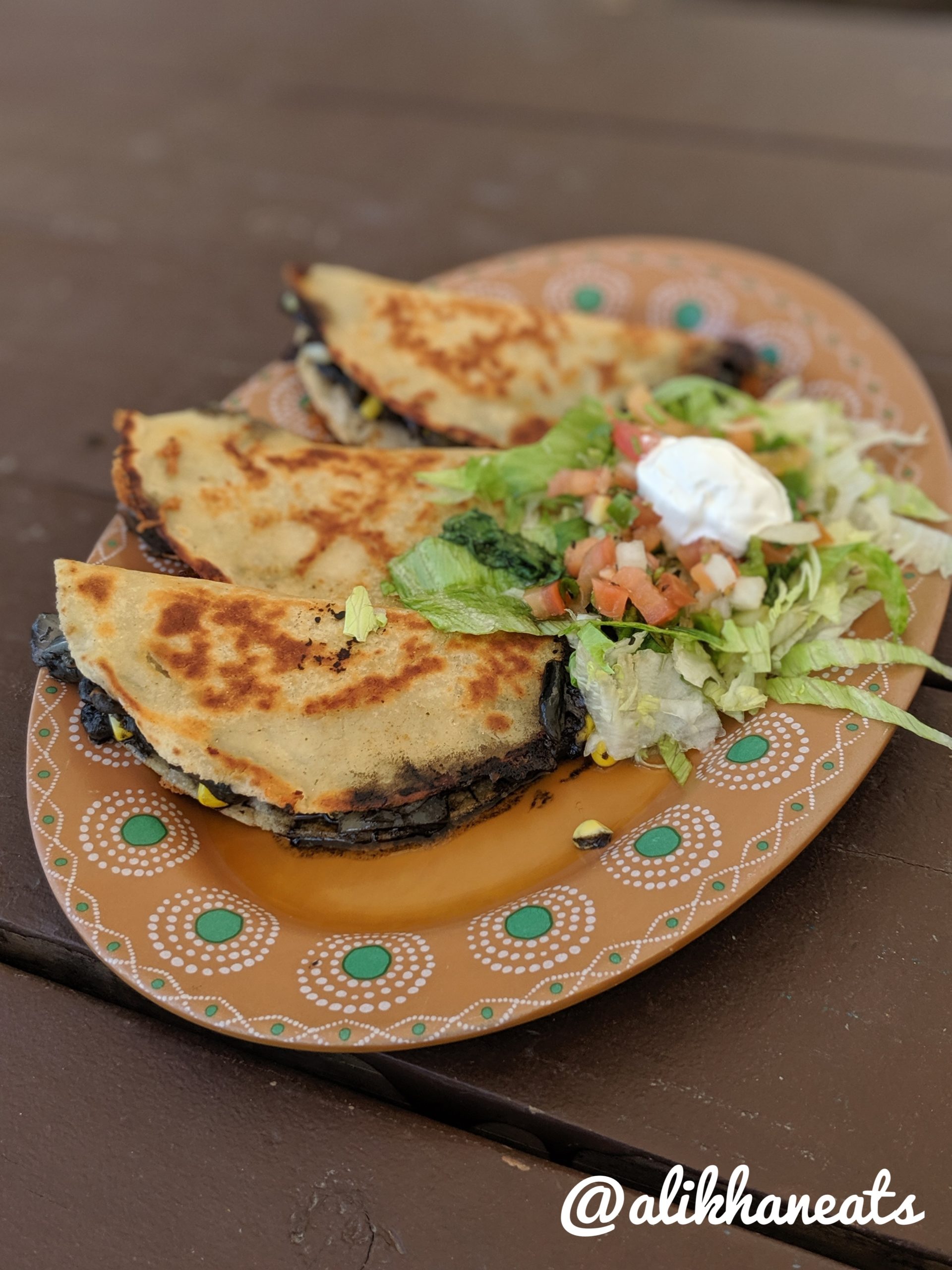 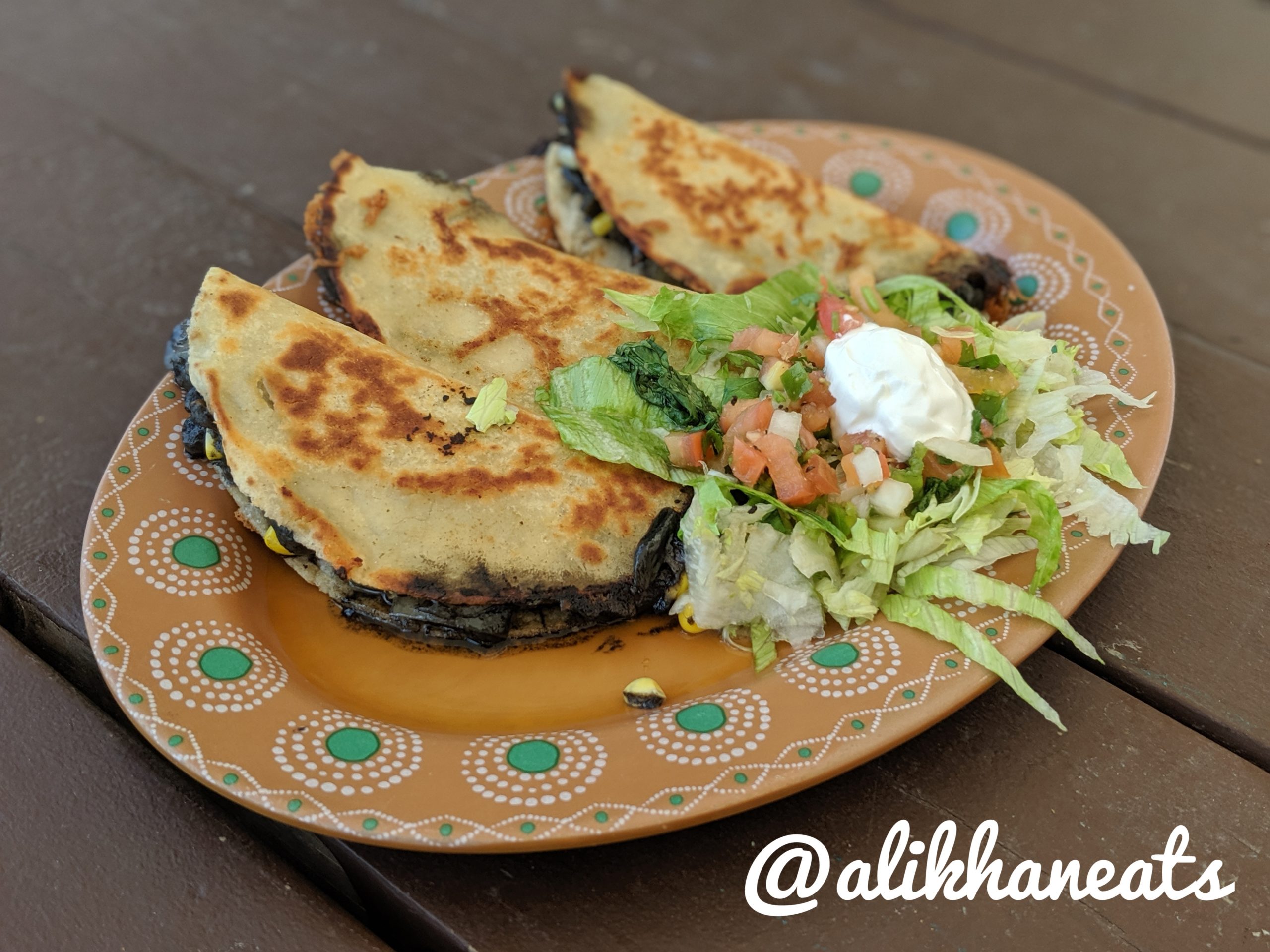 You ever eat corn fungus? I must confess I hadn’t but heard nothing but great things. Also known as the Mexican Truffle, Huitlacoche is a fungus that grows on corn and is a true delicacy. It might look intimidating when its on an ear of corn but this fungus, especially in a quesadilla, delivers a rich earthy flavor profile when encased in melted cheese and a buttery tortilla. In the case of both the machete taco and the quesadilla, Casita Nicole’s tortilla game is really on point. 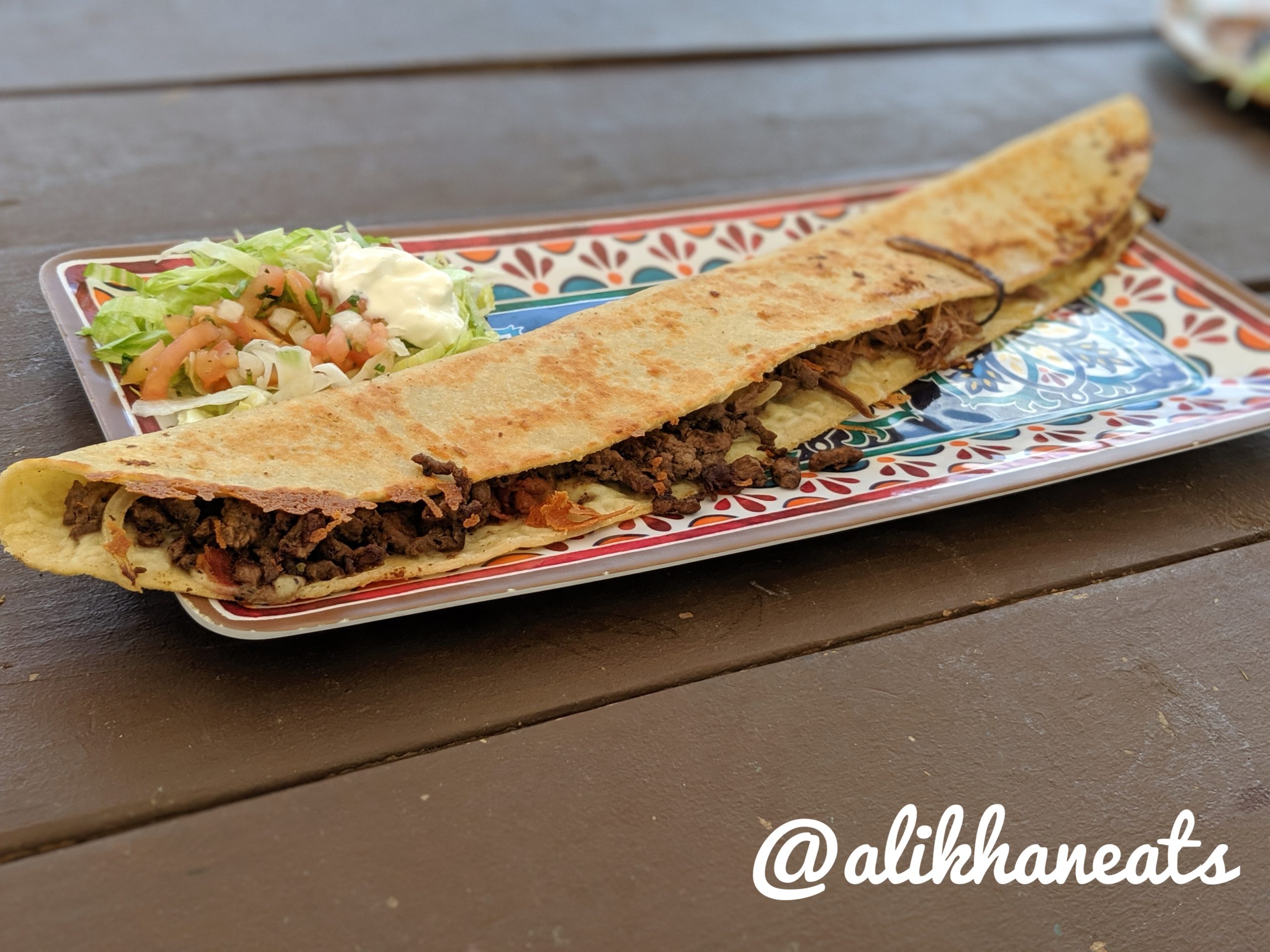 As far as options go with your Casita Nicole Machete Tacos, whether it be small or large, you are tasked with two meat choices along with cheese which comes standard. At this point one begs to ask the question: is a Machete a taco or a quesadilla? I leave this kind of deep intellectual taco query to better minds like José Ralat. I think it’s a taco. 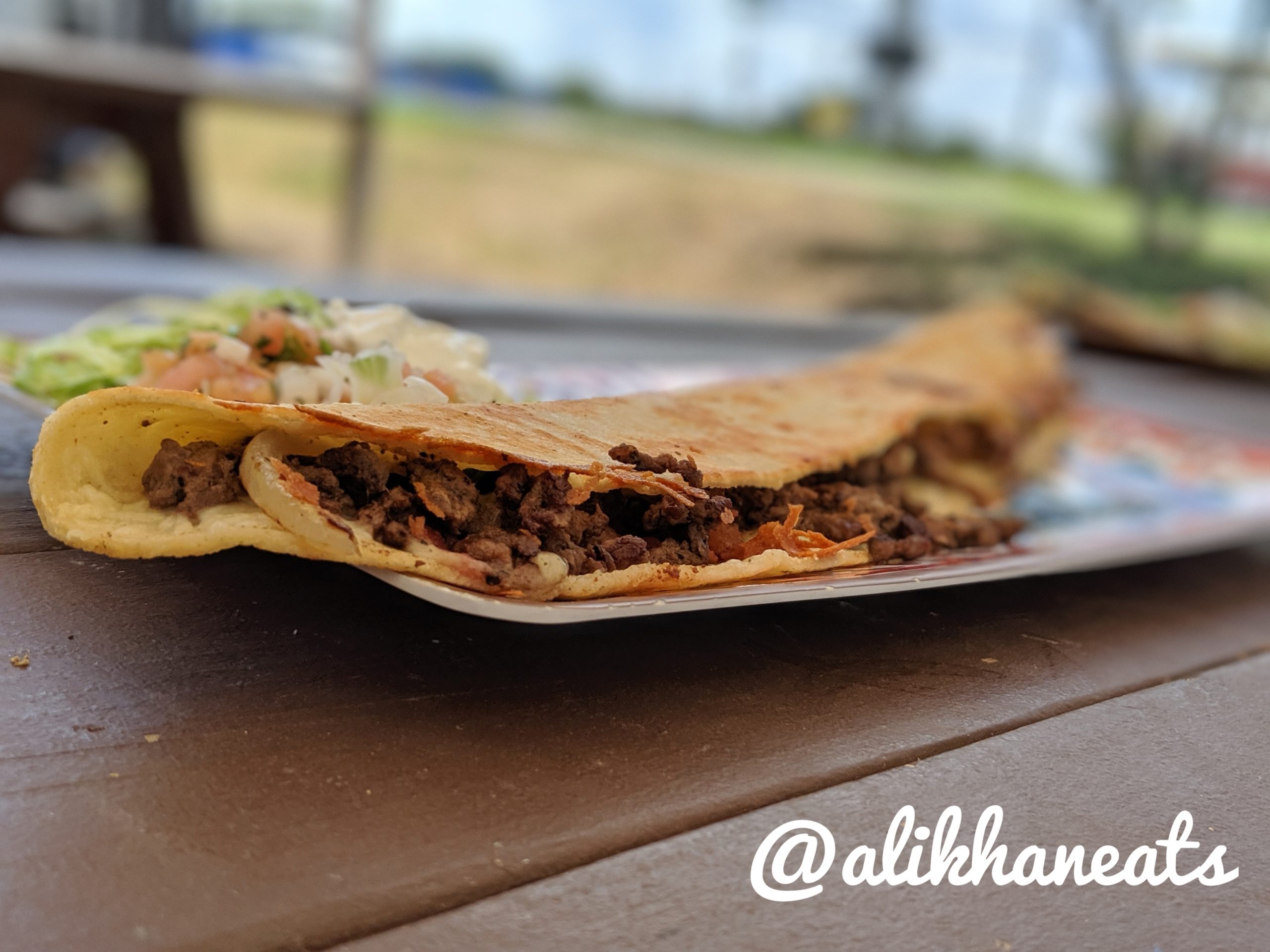 Oh right back to the meats. We chose Carne Deshrebada, a braised shredded beef and Al Pastor, marinated pork shoulder cooked Shawarma/Gyro style whose origins trace back Lebanese immigrants making their way to Mexico in the 19th century. Needless to say we covered the savory protein bases well. With 18 different filling options one could spend a year getting down with all the machete possibilities with your Casita Nicole Machete Tacos. 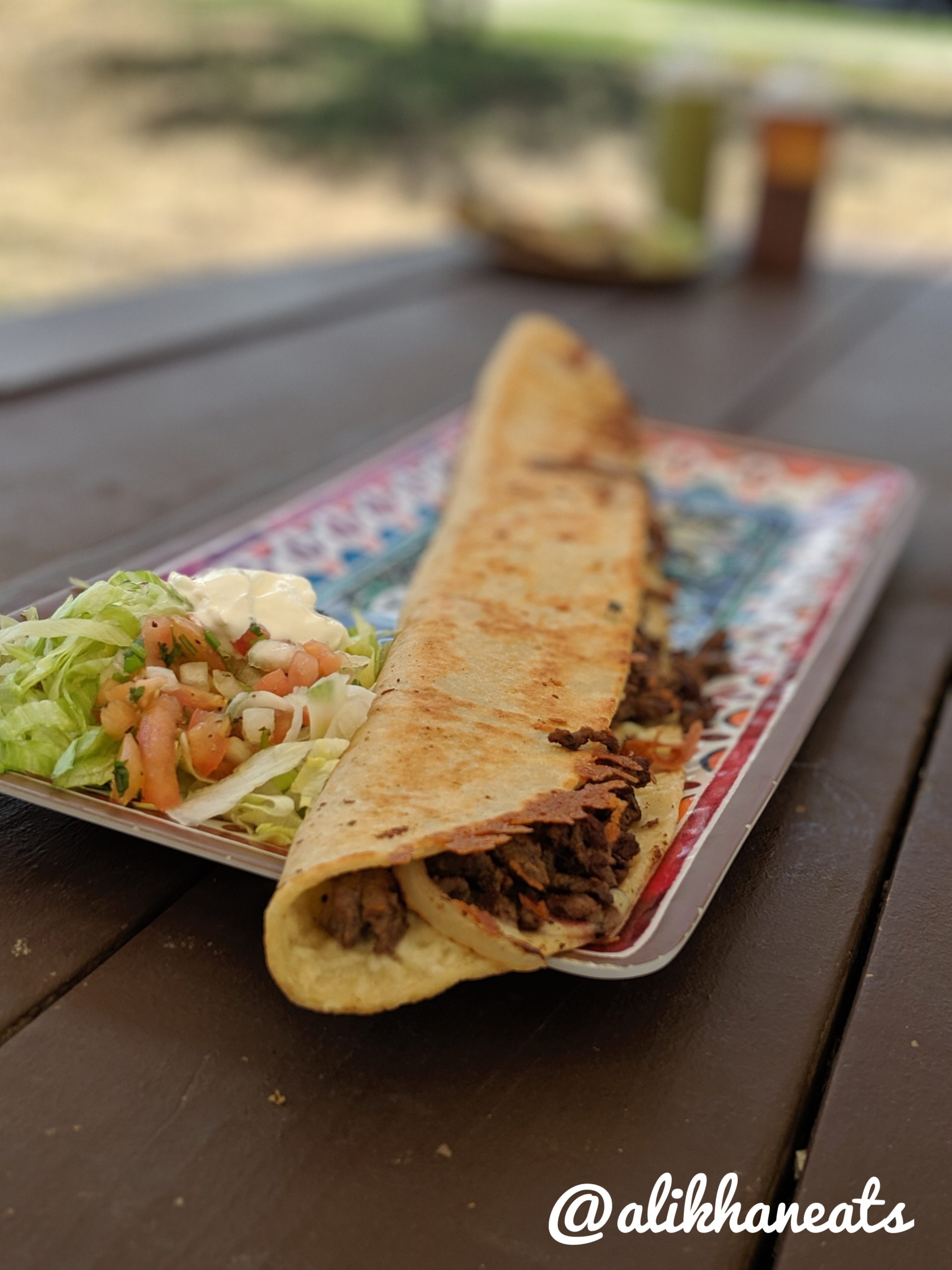 And if you are so ambitious, perhaps bring a group because these Machete tacos are big as hell. Bigger isn’t always better but if you’re looking for serious Bang for your Taco Buck, it just doesn’t get much better than Casita Nicole Machete Tacos.