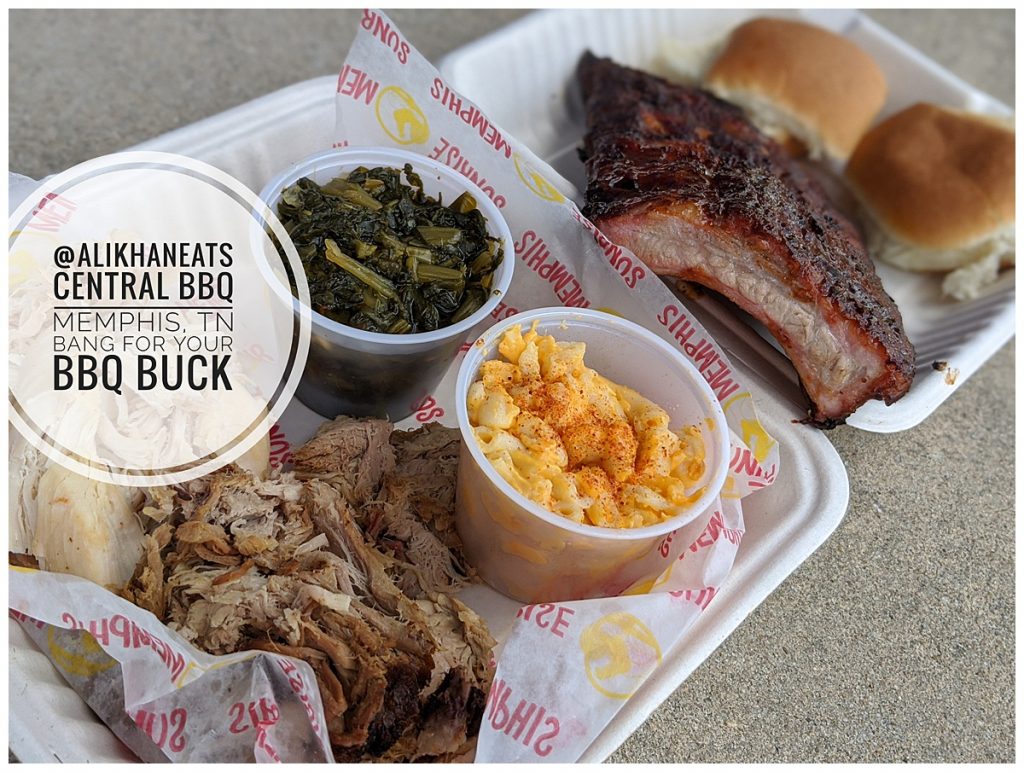 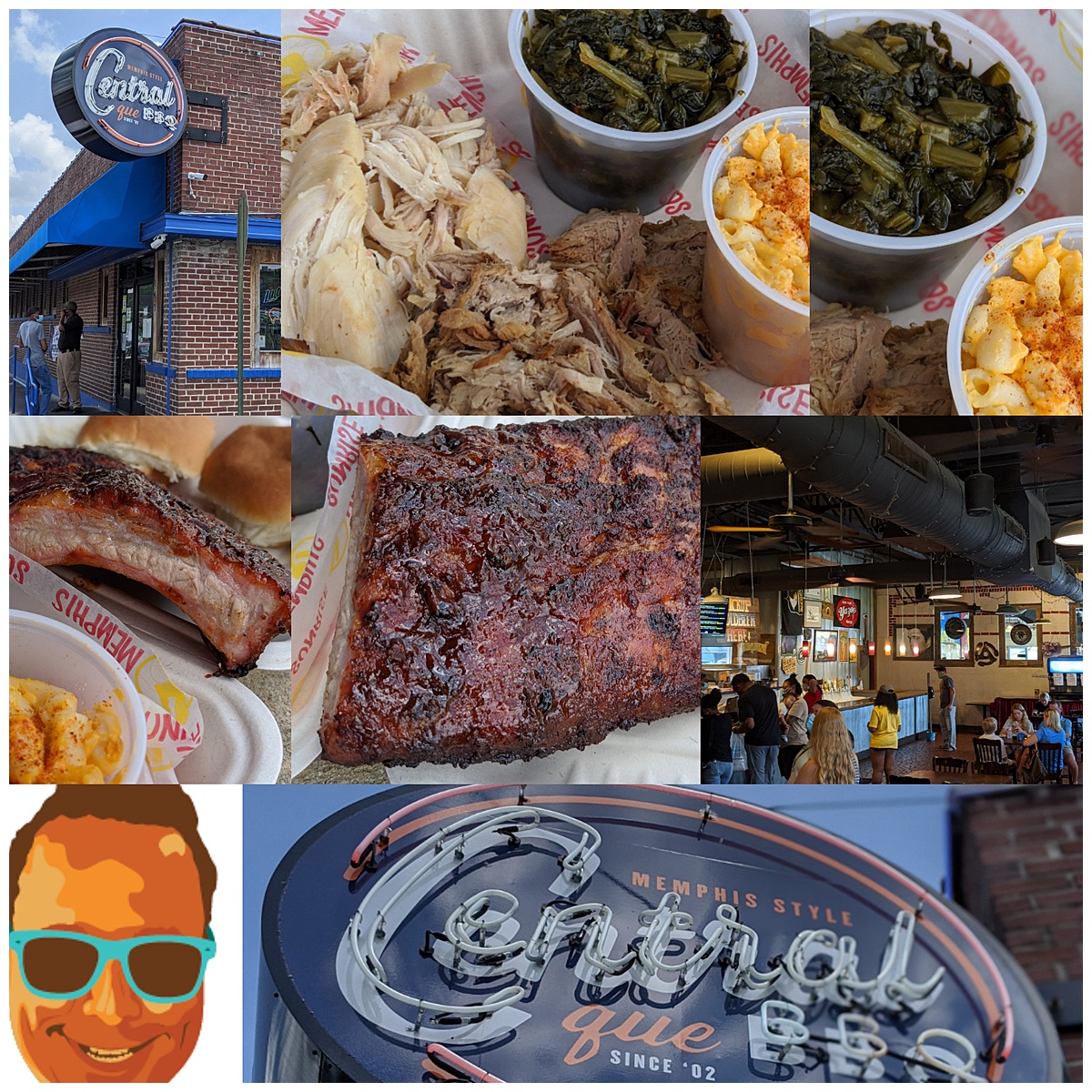 The Vitals:
the spot: Central BBQ 147 E. Butler Ave Memphis TN +multiple locations in Memphis and Nashville
the eats: Ribs, pulled pork, pulled chicken, mac and cheese, collard greens
the bucks: $15 a head for meats by the pound and sides, sandwiches run under $10
the full nelson: a Memphis BBQ institution that disappointed . . .

Central BBQ in Memphis Tennessee has its fans, of this I am sure. Yeah I could tell you their high score on Yelp and the fact that they make the rounds of best BBQ in Memphis lists. But I like to source my own intel from, well, you: 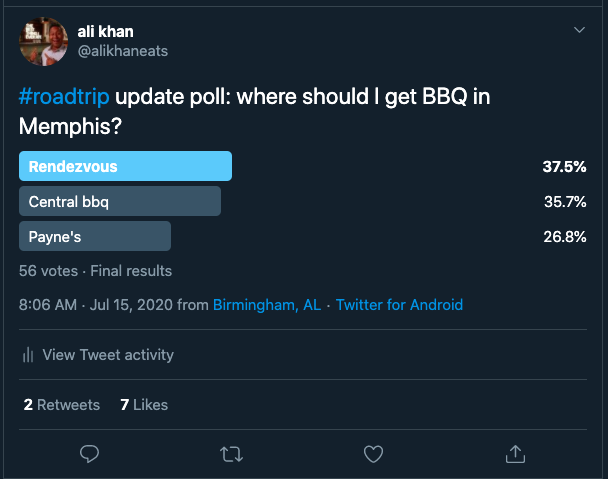 There are plenty of BBQ places to choose from in Memphis. Rendezvous has a sterling reputation but with that comes a fair amount of detractors, as in those folks who don’t see the hype. I was in Memphis as part of my Civil Rights History road trip and Central BBQ has a location right by the The Lorraine Motel where Dr. King was assassinated. It seemed like the perfect stop for lunch. 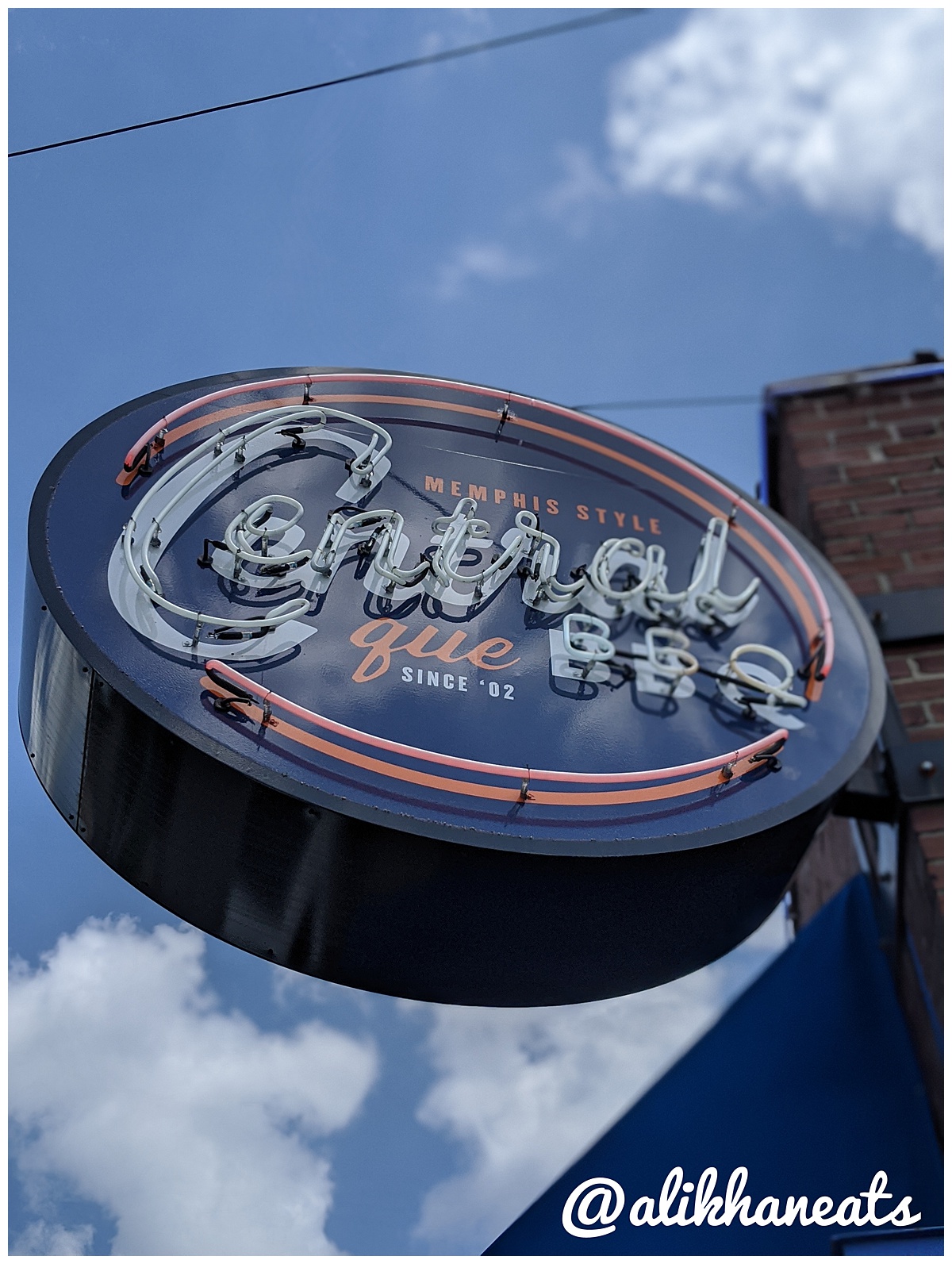 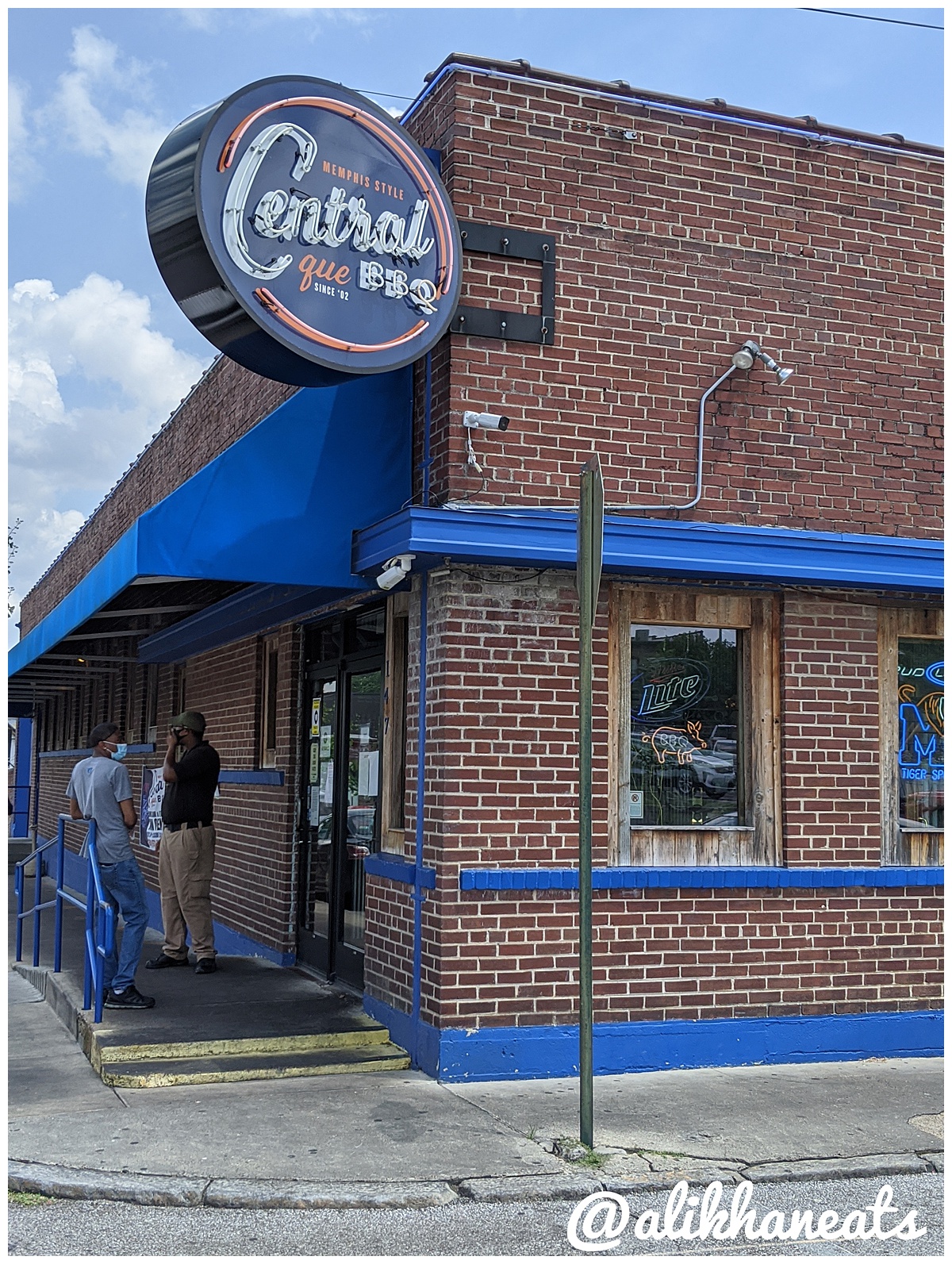 The city of Memphis has a quality that feels aged and authentic. Maybe it’s those brick buildings you find all over the city. What I didn’t pick up on initially is that Central BBQ is a slick restaurant. A hip faux industrial interior, great branding, and perhaps most interesting as I write this post is that they seem to have an SEO strategy where critic’s reviews, save for Yelp and Trip Advisor, are not so easy to come by. 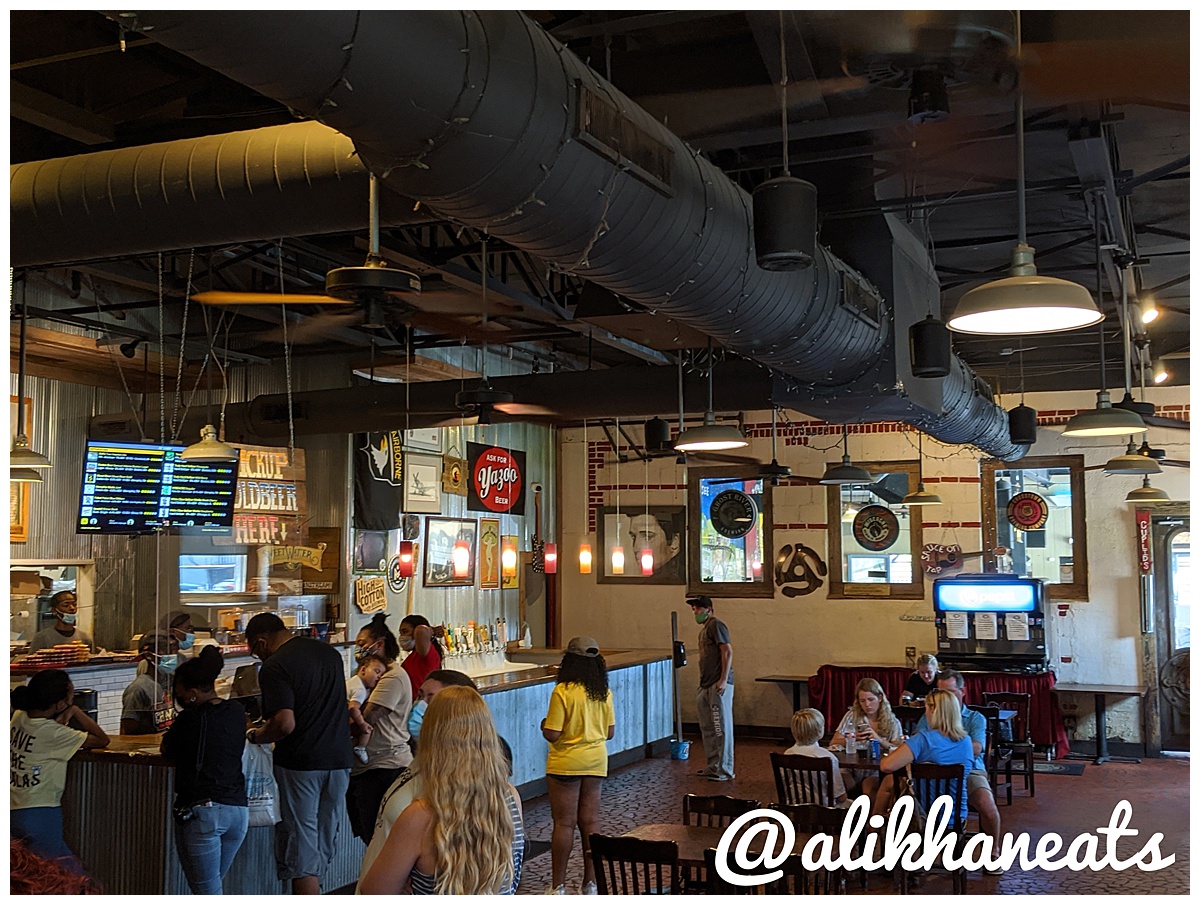 Look carefully and you will see plenty of people wearing the mask except for those dining. Central BBQ practices social distancing, all the employees wear masks and there even was staff member walking around with disinfectant, cleaning wherever he could. In this age of Covid-19, this level of safety is impressive. Out the gate I was happy and impressed with Central BBQ. Then I got to eating. 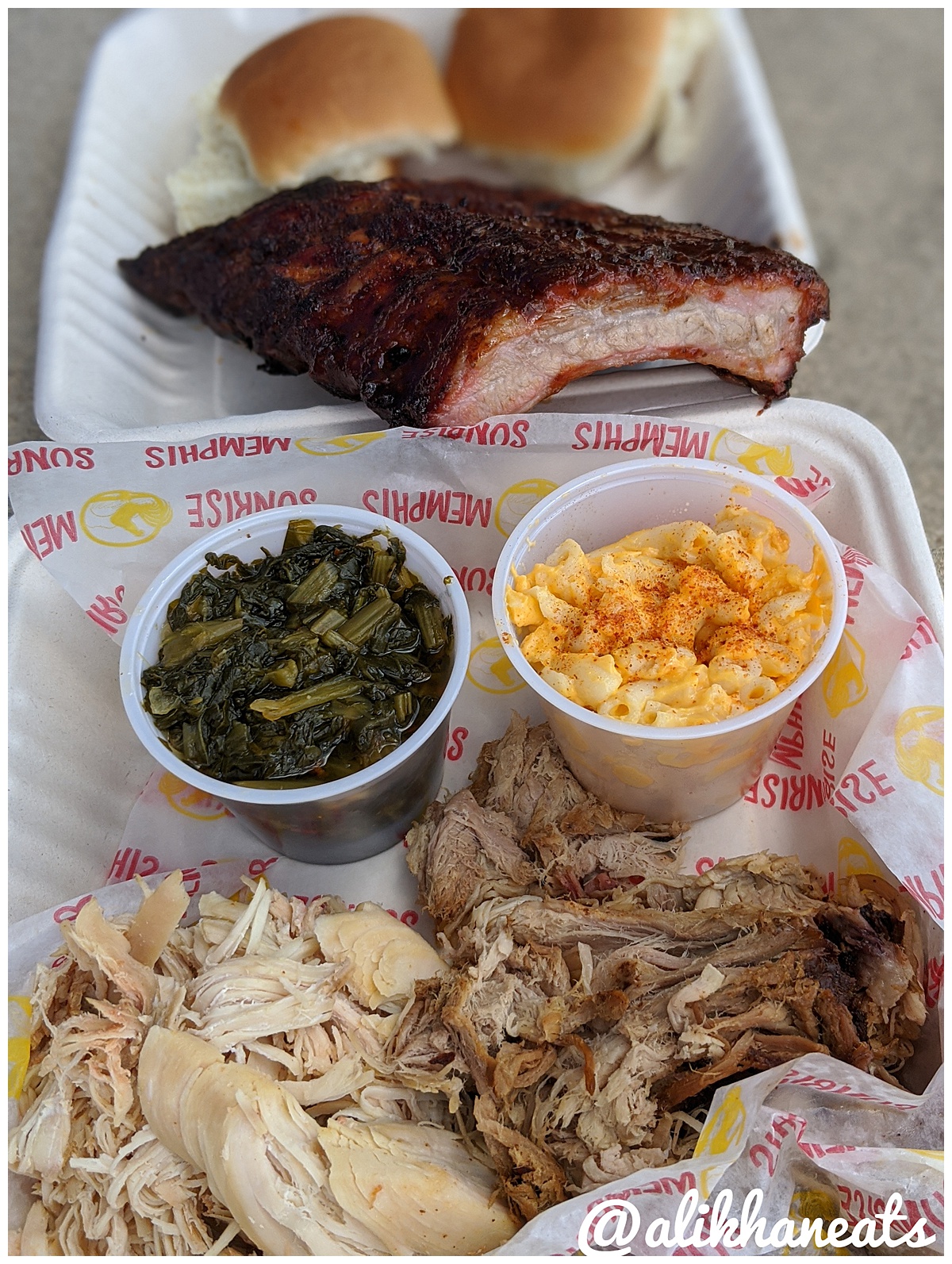 Meats by the pound, always.

If I’m gonna try a BBQ joint out I’m gonna get deep. Half a rack of ribs, plus some pulled chicken and pulled pork by the pound made sense, even for lunch. With my kid in tow, mac and cheese was a given and I am always tempted to order collards whenever I see ’em. If you can’t tell already, “dry” was a theme and even sauce couldn’t save it. 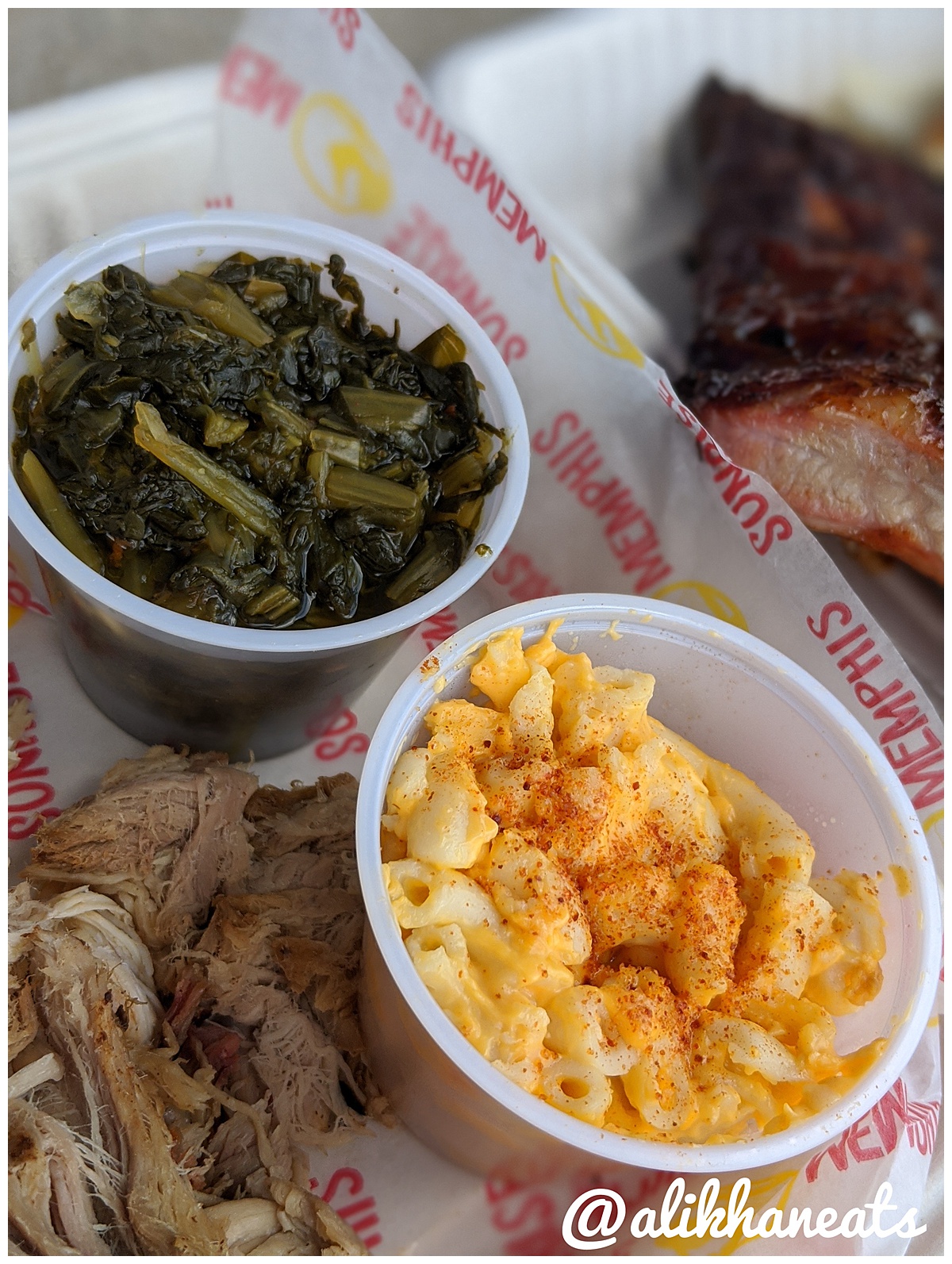 The sides were passable. Not anything game changing but reliable comfort food nonetheless. Central BBQ has some brow raising offerings like Nachos and salads with Portabella mushrooms. I can’t say that I would ever be tempted to go there but know that Central BBQ isn’t purely old school traditional with their menu. 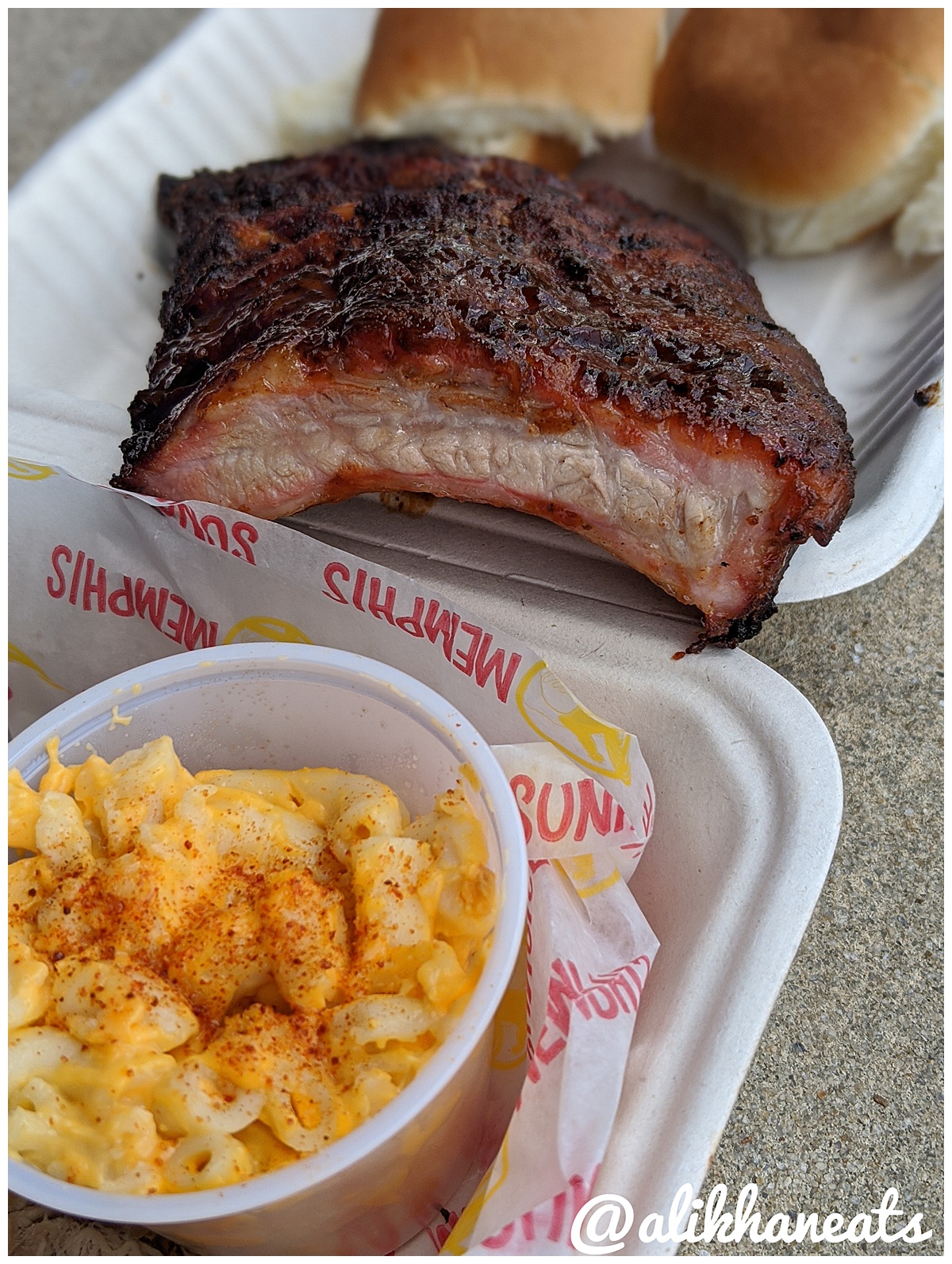 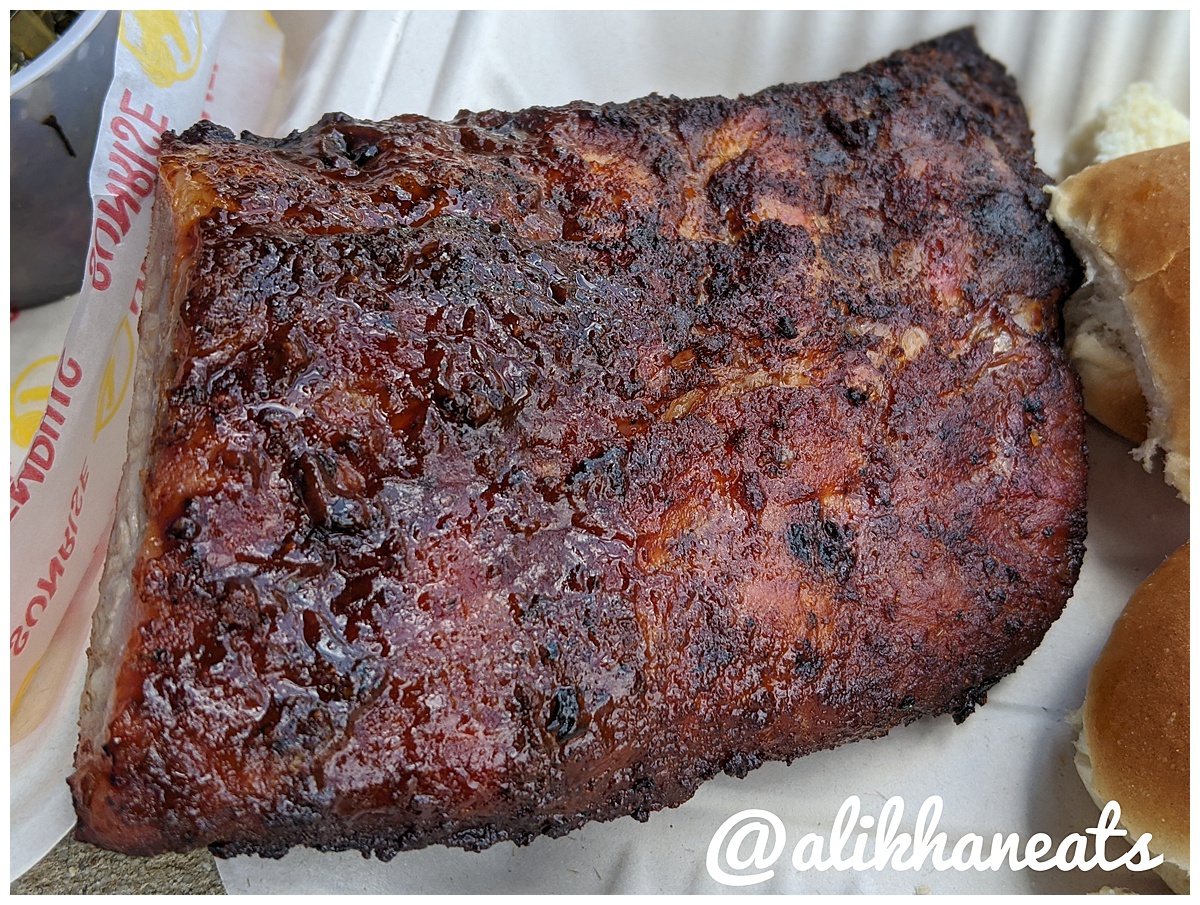 And then there were the ribs, I mean this is what Memphis BBQ is know for right? I got ’em wet and dry. Turns out it was all dry. And totally lacking in smoke flavor. My God was I baffled that this was meant to be considered among the best BBQ in the country. I have ribs I made in my Traeger, sitting in the fridge right now, that I would stack up to what I had at Central BBQ. It wasn’t that the food was bad but rather I was just so underwhelmed.

And yet, still I would gladly go back. The people there were nice as can be. And I have to think that perhaps when it isn’t Covid-19 times, maybe a better level of BBQ will return to the pits. Wishful thinking? Yes. But I wish Central BBQ well, as much as I wish I had good BBQ when I went there.