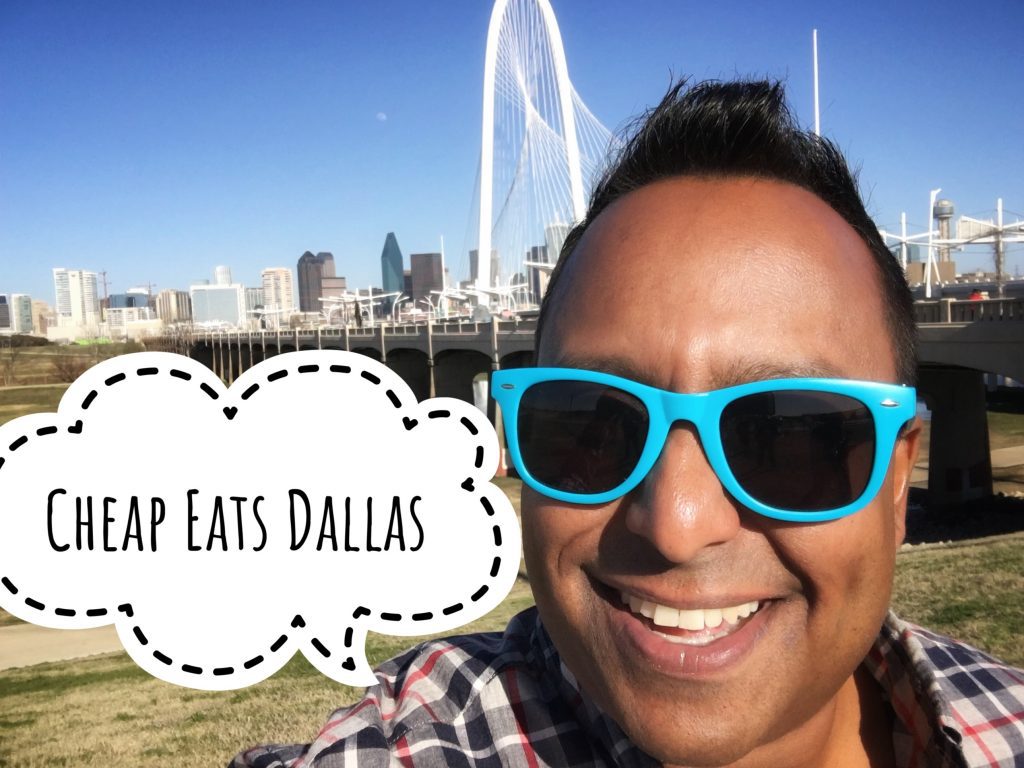 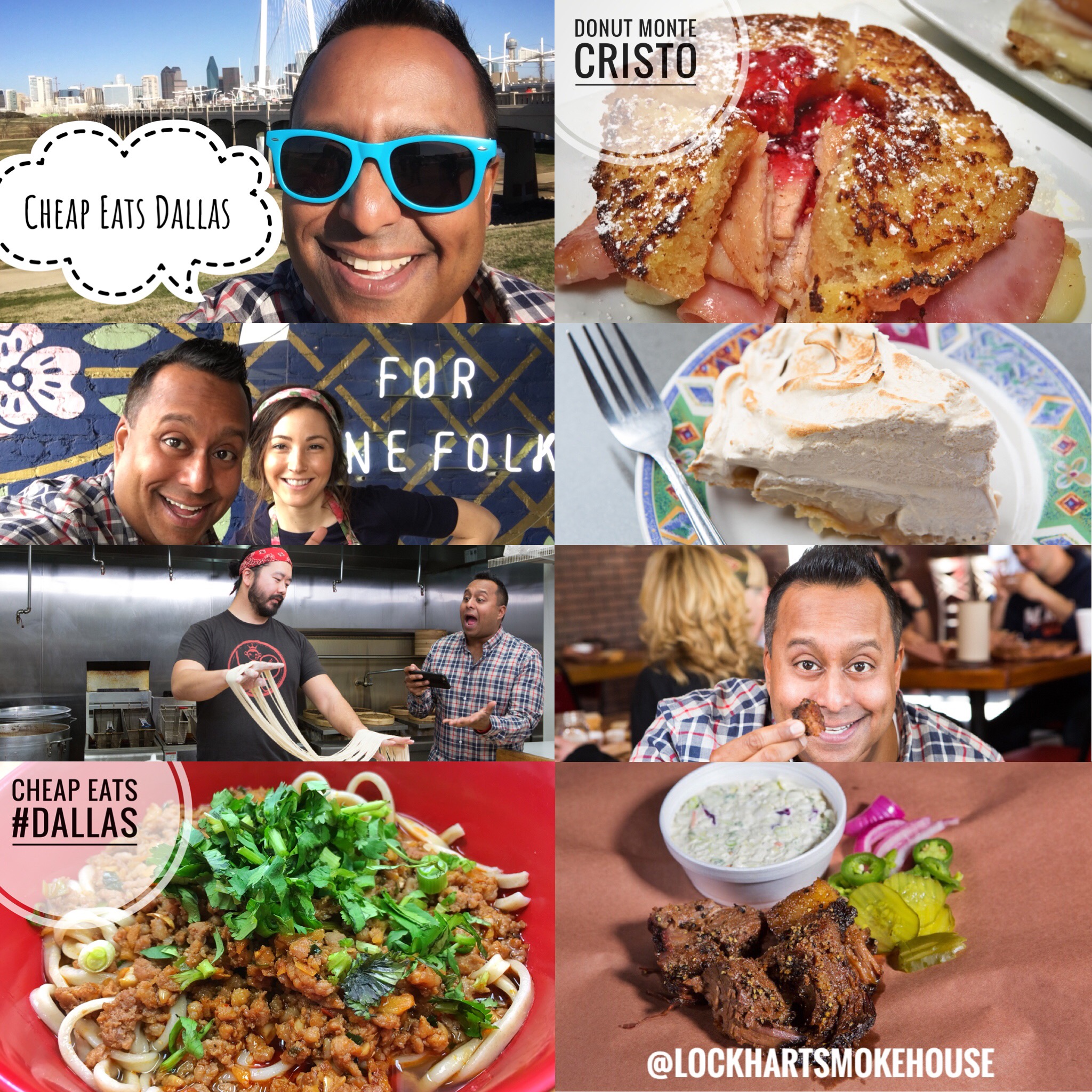 Maybe you know that Dallas is called the Big D. If you do, you might have an inkling that there is more to the food scene here than just barbecue and Tex Mex. Not that Cheap Eats Dallas woudn’t be one heck of an episode working off a day’s worth of barbecue and Tex Mex, it’s just that you would be missing out on hip neighborhoods serving seriously trending eats and some of the most authentic Chinese noodles I have ever had. Yep, the Big D is more than just some Texas sized clichés on a plate, so let’s take one more big bite into Cheap Eats Dallas! 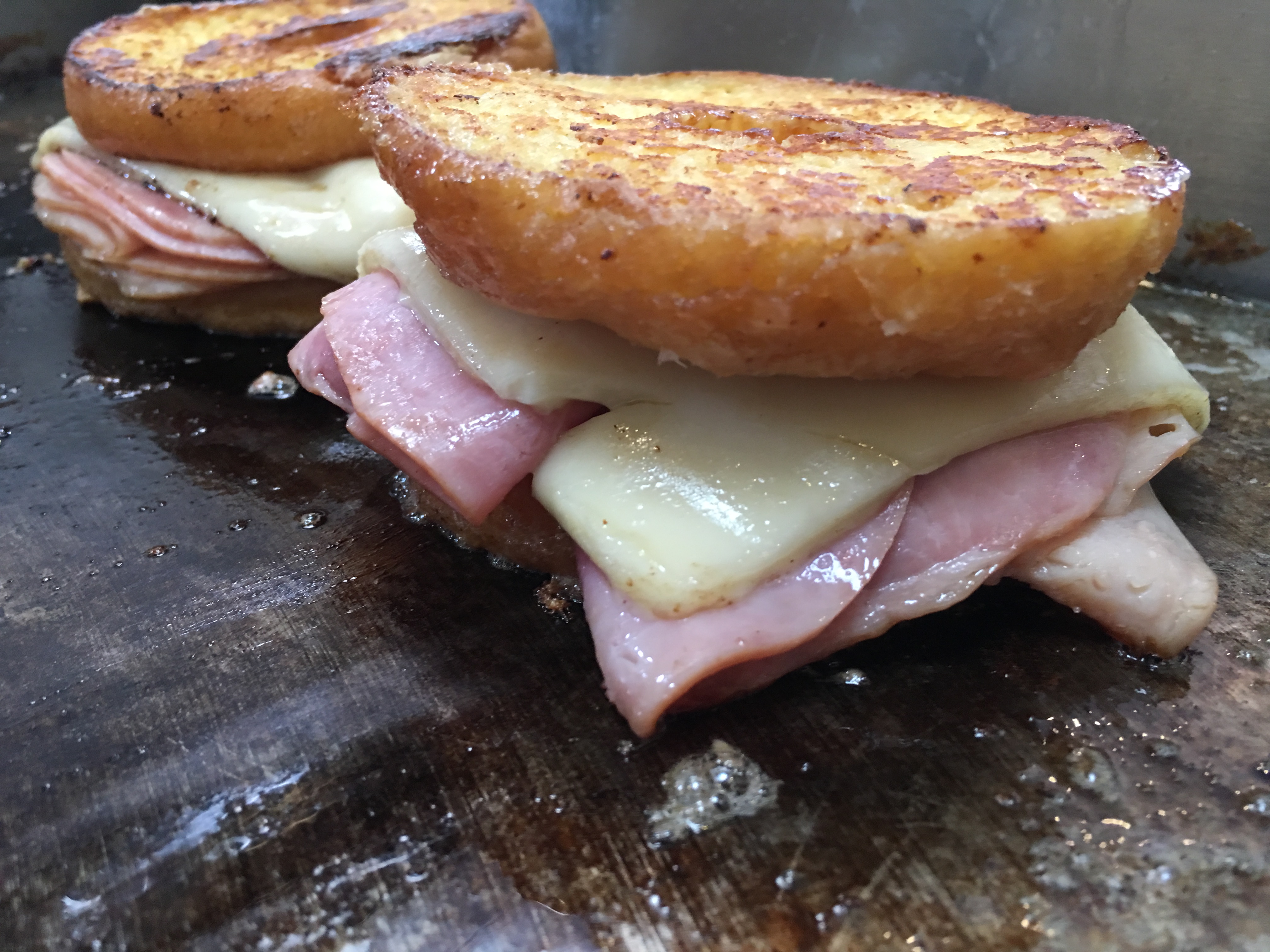 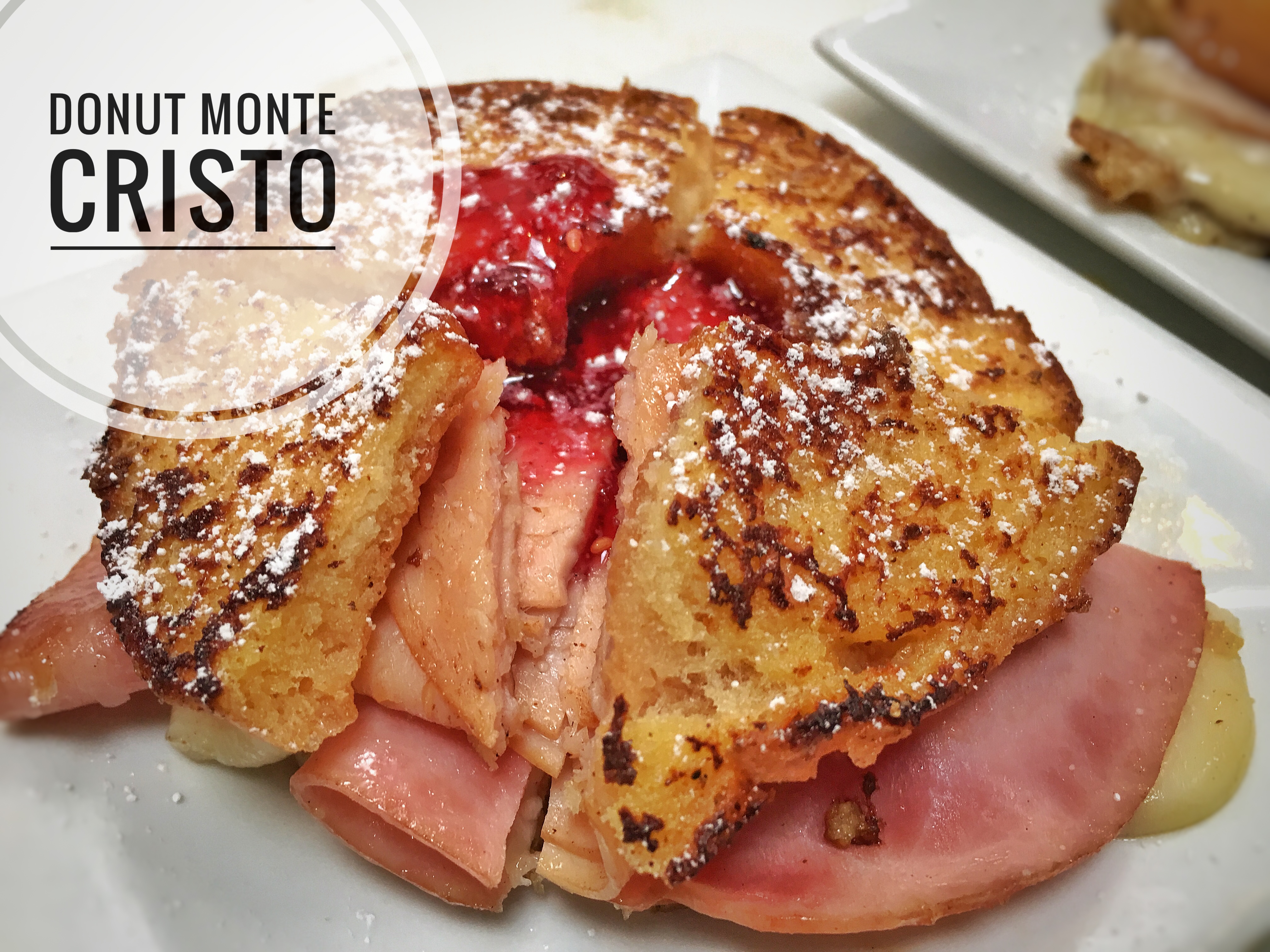 In the case of the Donut Monte Cristo, the donut steps in for bread, which gets hit with an egg wash mixed with half and half, cinnamon, sugar, honey and salt. After some time on the flat top, the turkey, ham and Swiss cheese step in before getting finished with a hit of habanero jam which nicely balances that heaviness with a little heat. And with a final balance of a mere $6.50, makes this breakfast a fine start to Cheap Eats Dallas. 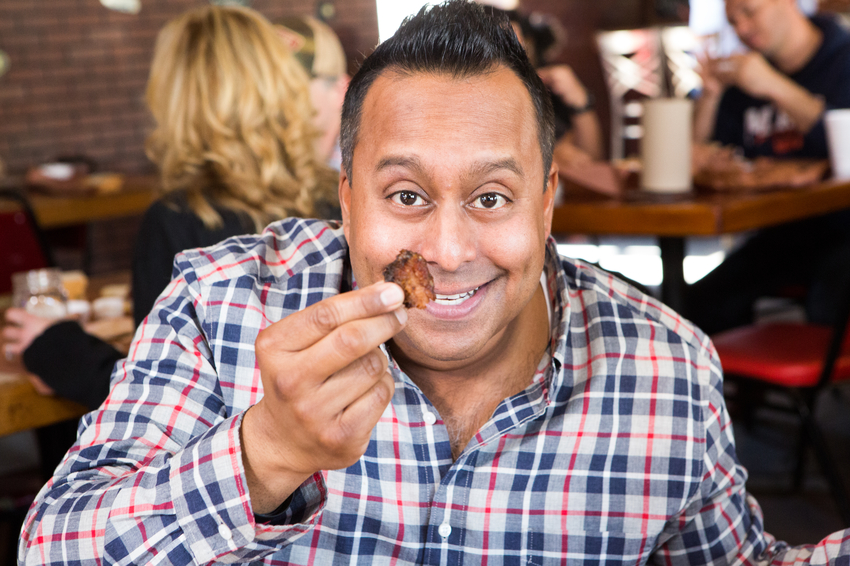 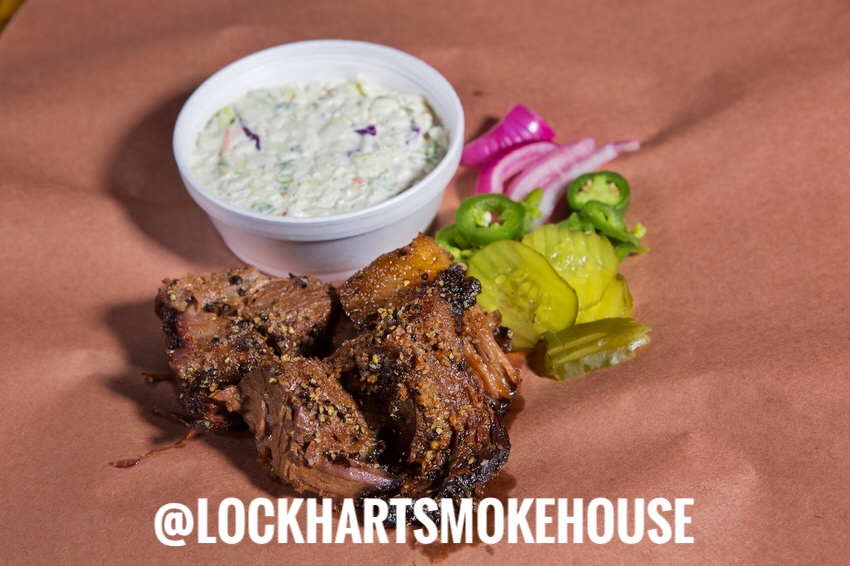 Cheap Eats Dallas was not the first time I visited Lockhart Smokehouse. Back in early 2016 I strolled into this bbq joint and honestly, I wasn’t expecting much. Though I only had been living in Texas for a grand total of 6 months, I hit the Austin barbecue scene HARD and was convinced the greatest barbecue was in the ATX. Lockhart Smokehouse proved me wrong.

It should’t be surprising though since owner Jill Bergus’ family has history in the Texas barbecue game; specifically in the legendary town of Lockhart, the OG capital of brisket, link and spareribs in the Lone Star State. But barbecue on a budget is not so easy. So the play was to stick to a half pound of meat and one side, which meant I had to order rich and heavy to pull off a satisfying lunch for Cheap Eats Dallas.

Enter the burnt ends and blue cheese salad which is as heavy as barbecue can get on a one meat and one side limit. At Lockhart, the Burnt Ends are prepared by removing the fat cap of an already smoked brisket. Then they hit the fat cap with a rub of salt, pepper, paprika, onion powder and sugar, before sending it back into the smoker to crisp up. Key here is the scoring, where small uniform cuts are made to the meat in order to create more surface area for the rub to adhere too. As far as the slaw goes, picture a classic coleslaw spiked with jalapeño and blue cheese. Just gave you a new idea for a side dish for your next barbecue. I got out for a relative bargain at $12.50 and Cheap Eats Dallas lived on to eat another meal. 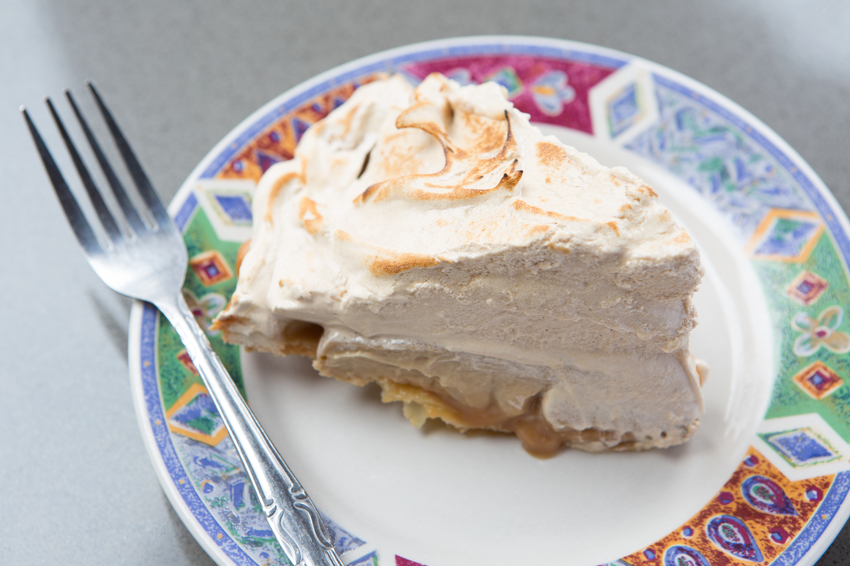 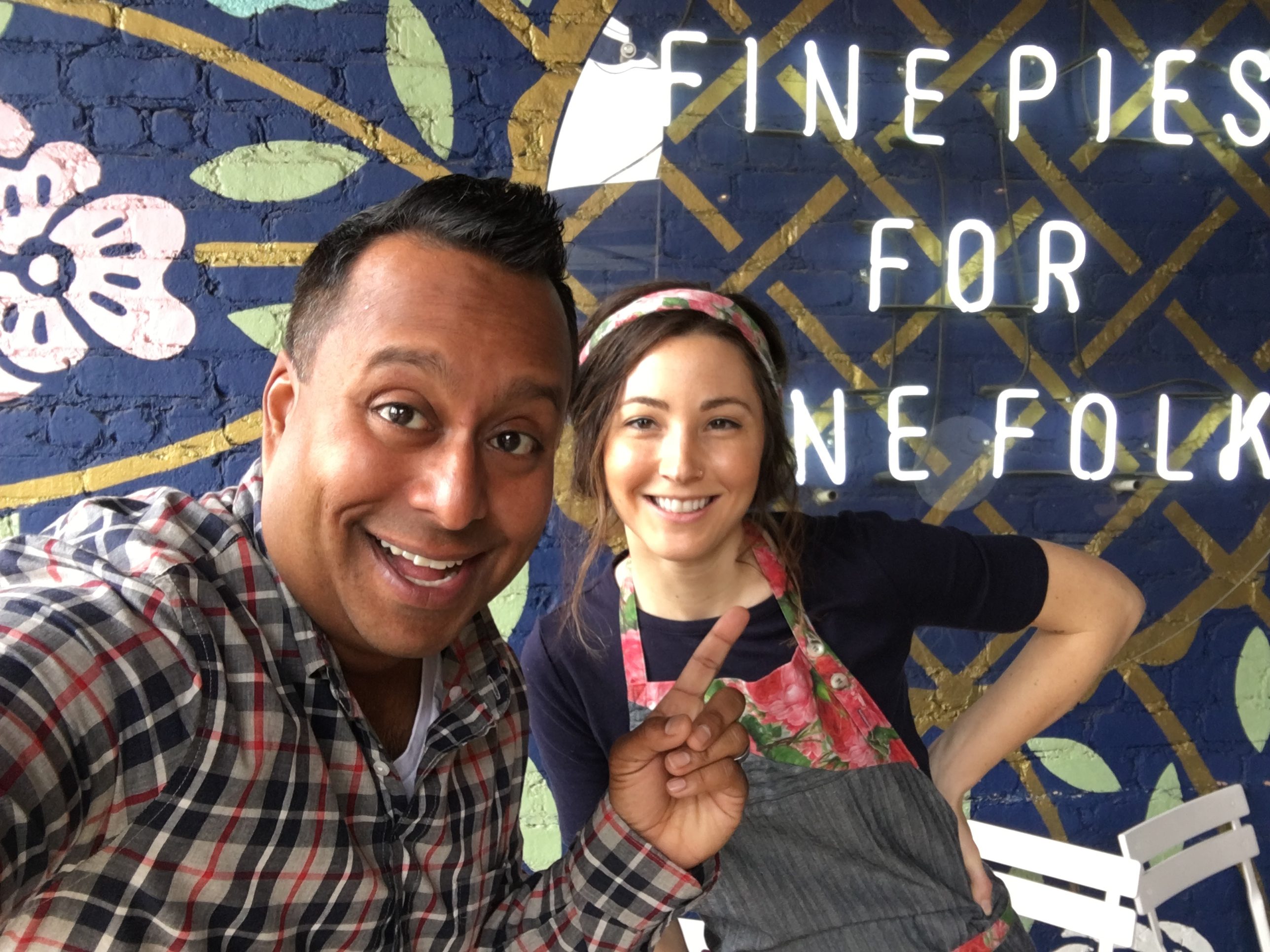 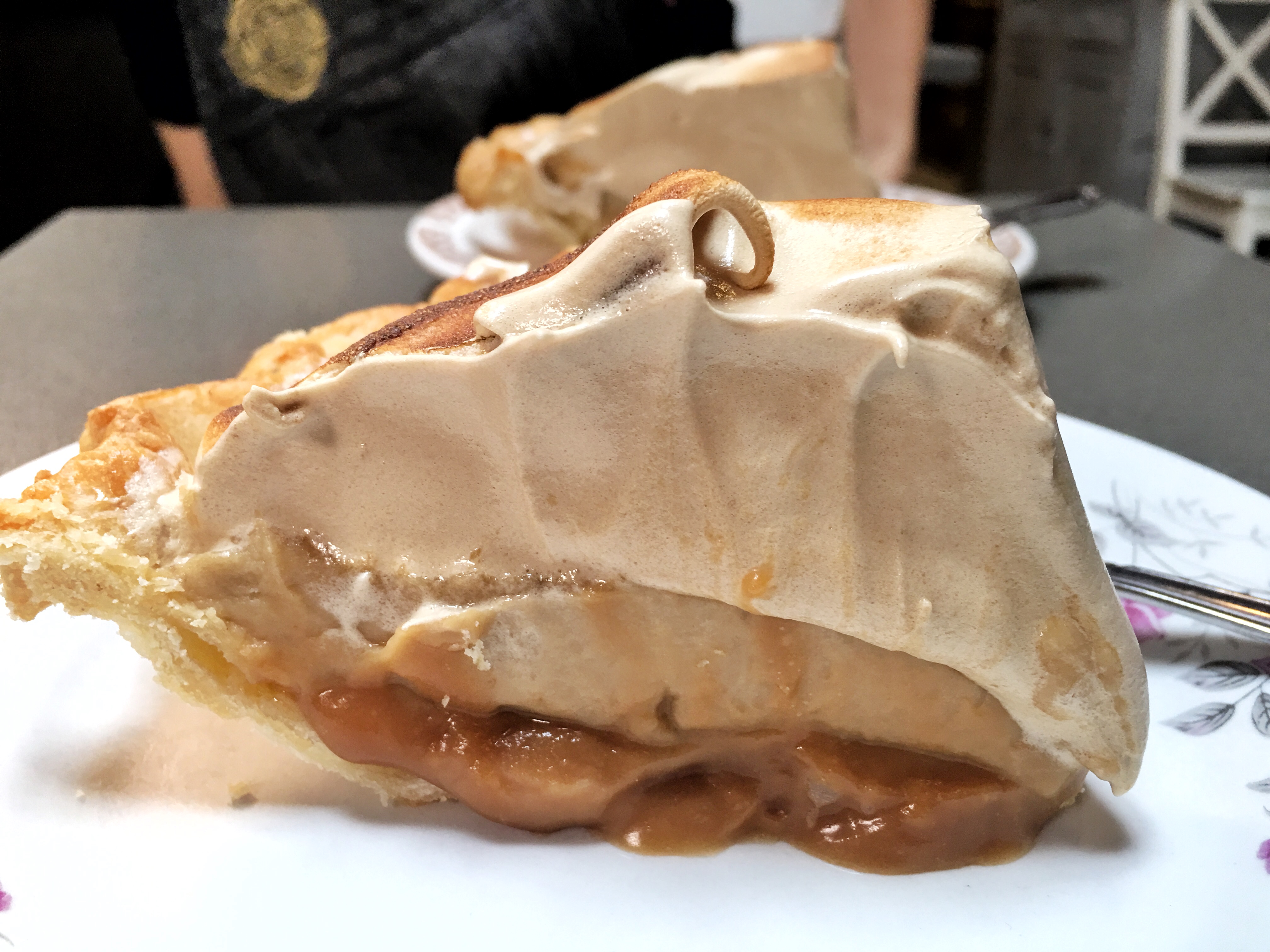 If all pies could start tasting as indulgent as Emporium Pies’ Cloud 9, then pies could very well become the next cupcake. My theory does sit on some solid cloud given the Cloud 9’s decadent combination of caramel butterscotch custard and  brown sugar meringue topping. You really get the feeling of sitting on a cloud because even though this is a rich dessert, it has a well constructed light feel, The crust is flaky and buttery but is also thin. The caramel butterscotch custard is certainly rich but a modest amount is portioned out. And the brown sugar meringue, which is 50% of the pie itself, is as airy as any dessert topping can get.

Unlike a cupcake, you’re gonna want a utensil to properly enjoy this pie but the Cloud 9 is deserved of any and all trending hashtags out there. And priced at $6 made this is a #perfect #snack #pitstop for Cheap Eats Dallas. You might want to bring more money however, as Pastry Chef Mary Gaunt who as hard as it might seem to believe is actually a self taught baker, will have a few more pies to tempt you with. Just like a good cupcake, you kinda have to try more than one. 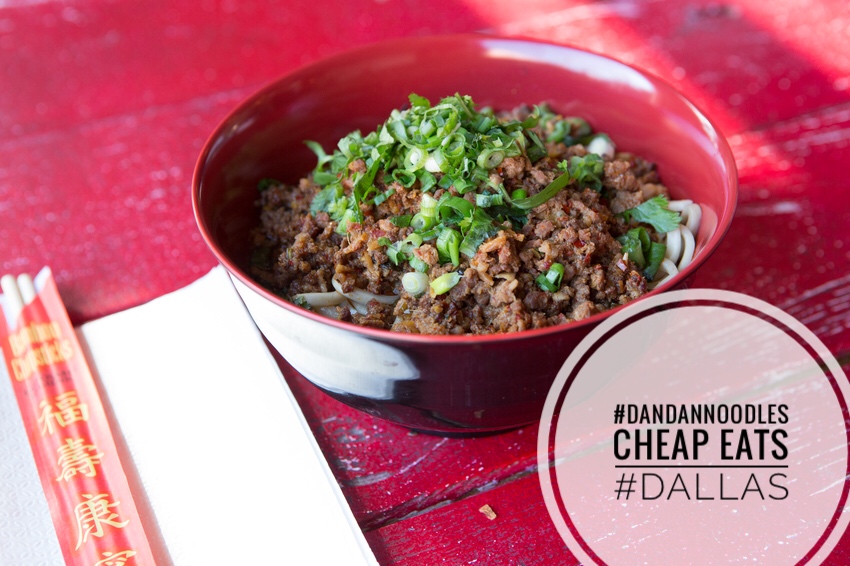 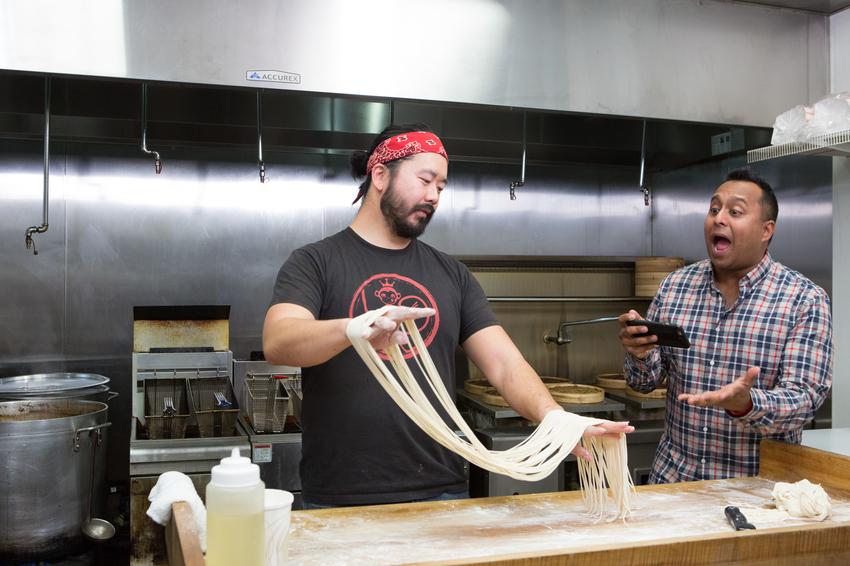 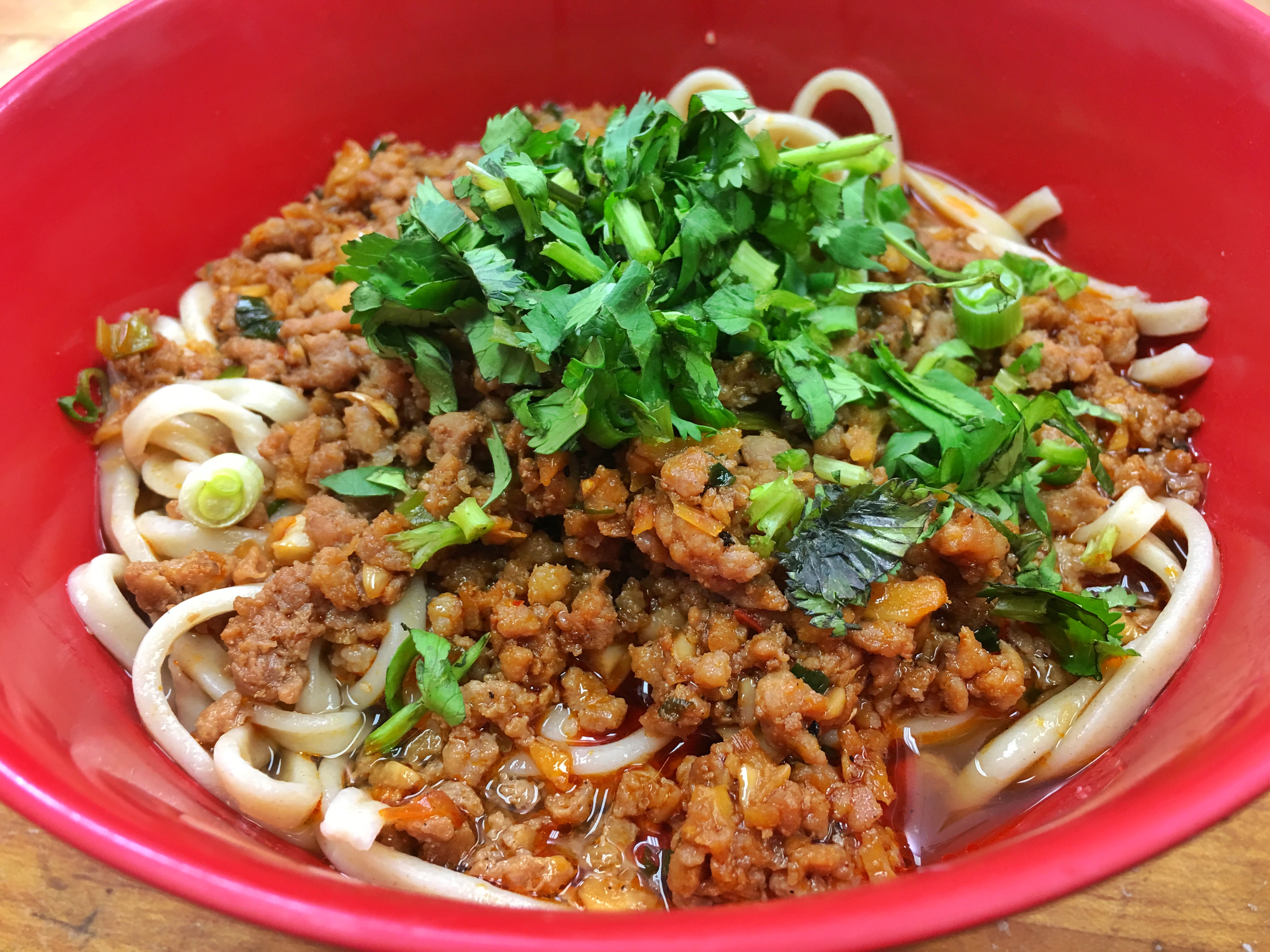 Meet Chef Andrew Chen, a first generation Chinese American who grew up in Dallas and grew up visiting his parents native home of Taiwan where he would eat at street vendor stands who would specialize in certain dishes like Dan Dan noodles, classic Taiwanese dish. He took that theory of specialization and applied it to Monkey King Noodle Company, where a limited menu allows Andrew and his team to focus and ensure a level of quality control. And quality control is exactly what is needed when you are making hand pulled noodles from scratch. If you saw the episode, you saw how mesmerized I was watching Andrew pull these noodles. My look of wonder was the result of the serious training Andrew went through via a noodle master from Taiwan who taught him the ways of the Dan Dan noodle.

Chinese Food is a well known cheap eat, but you gotta recognize cheap Chinese food and cheap quality Chinese food. It goes without saying how much Monkey King Noodle Company is clearly the latter. $9.50 gets a you fat bowl of noodles with spicy ground pork tossed with garlic, ginger, scallions and a splash of chicken broth. You will easily walk away with leftovers after this Cheap Eats Dallas dinner, just like the Chinese restaurants that I grew up going to. Monkey King Noodle Company is what food authenticity looks like in the 21st century: small menu with focus, casual, hip and approachable. This may have been the meal to close out Cheap Eats Dallas but if I lived in the Big D, I would roll in for lunch or dinner, on the weekly. 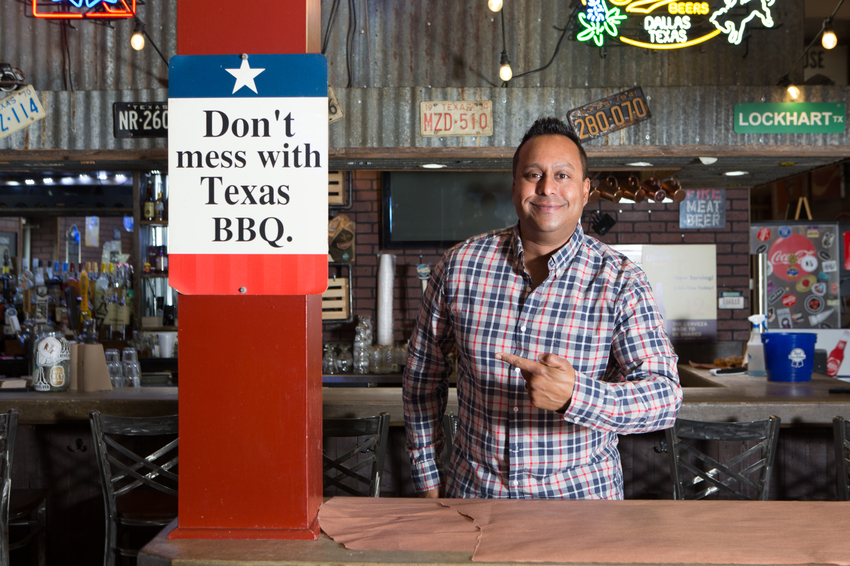 One response to “Cheap Eats Dallas”