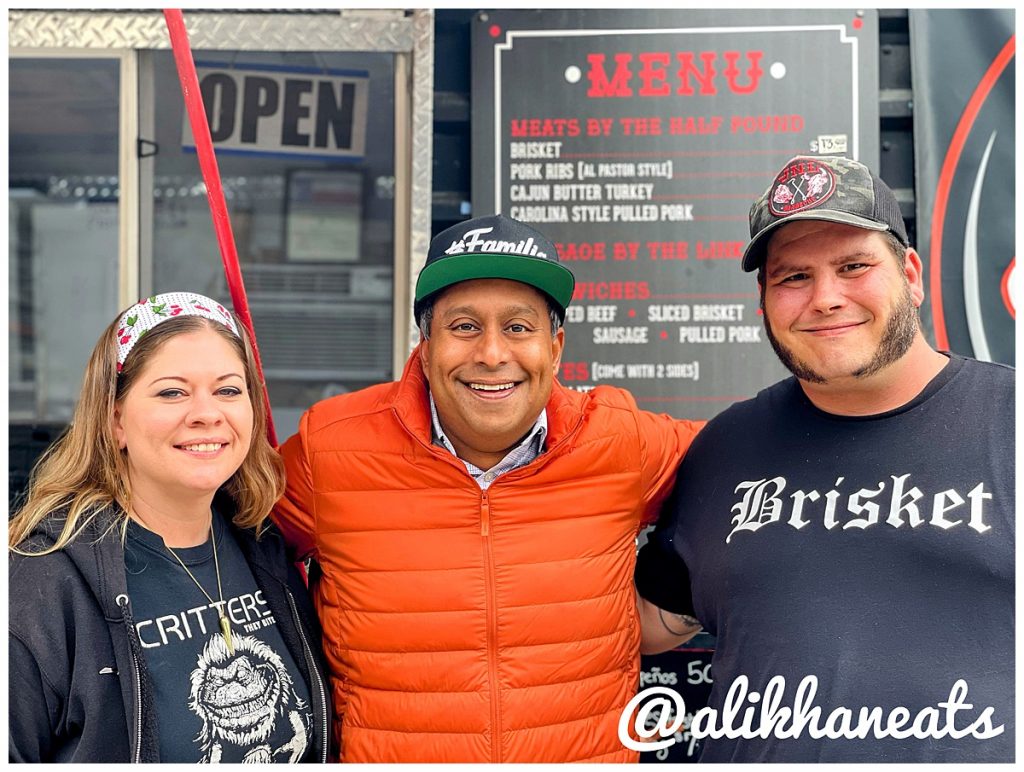 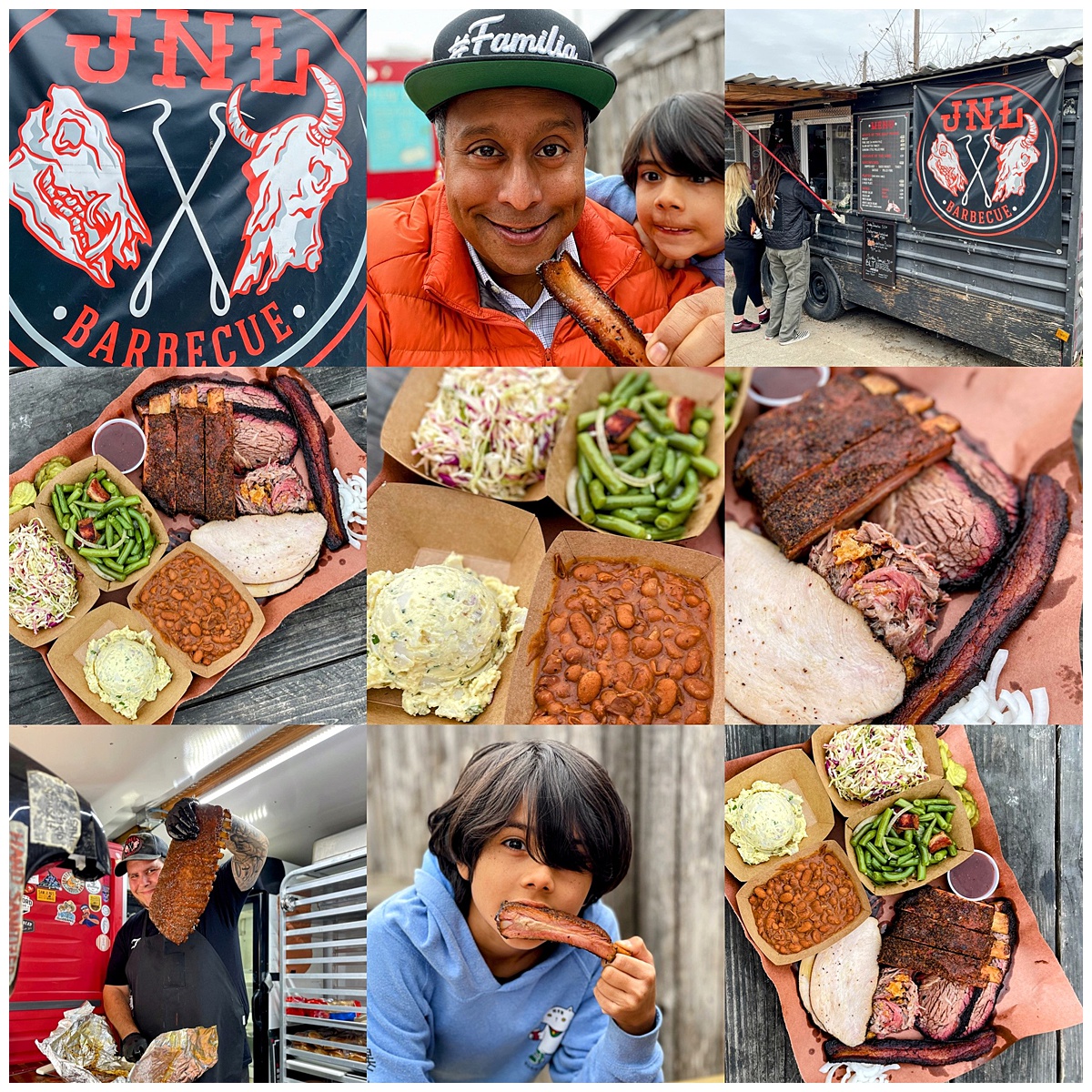 The Vitals:
the spot: JNL Barbecue 1505 Town Creek Dr. Austin TX 78741
the eats: Al Pastor Ribs, Carolina Pulled Pork, Brisket, Cajun Butter Turkey, Coleslaw, Potato Salad, Pinto Beans, Green Beans
the bucks: $14-$17 for plates, $10 for sandwiches
the full nelson: The Al Pastor Ribs get your attention but the Pulled Pork will be why you come back.

JNL Barbecue is considered what some call the fourth wave of barbecue in Texas. The first being the classic 100 year old joints like Kreuz Market in Lockhart that were initially meat markets that added smokehouses. The second wave was the arrival of barbecue served in actual restaurants like Salt Lick in Driftwood. And the third wave was barbecue of the 21st century: craft barbecue thanks to the late John Mueller and of course Aaron Franklin, where brisket was elevated by carefully sourced ingredient and laborious technique. So what is the fourth wave of barbecue about? 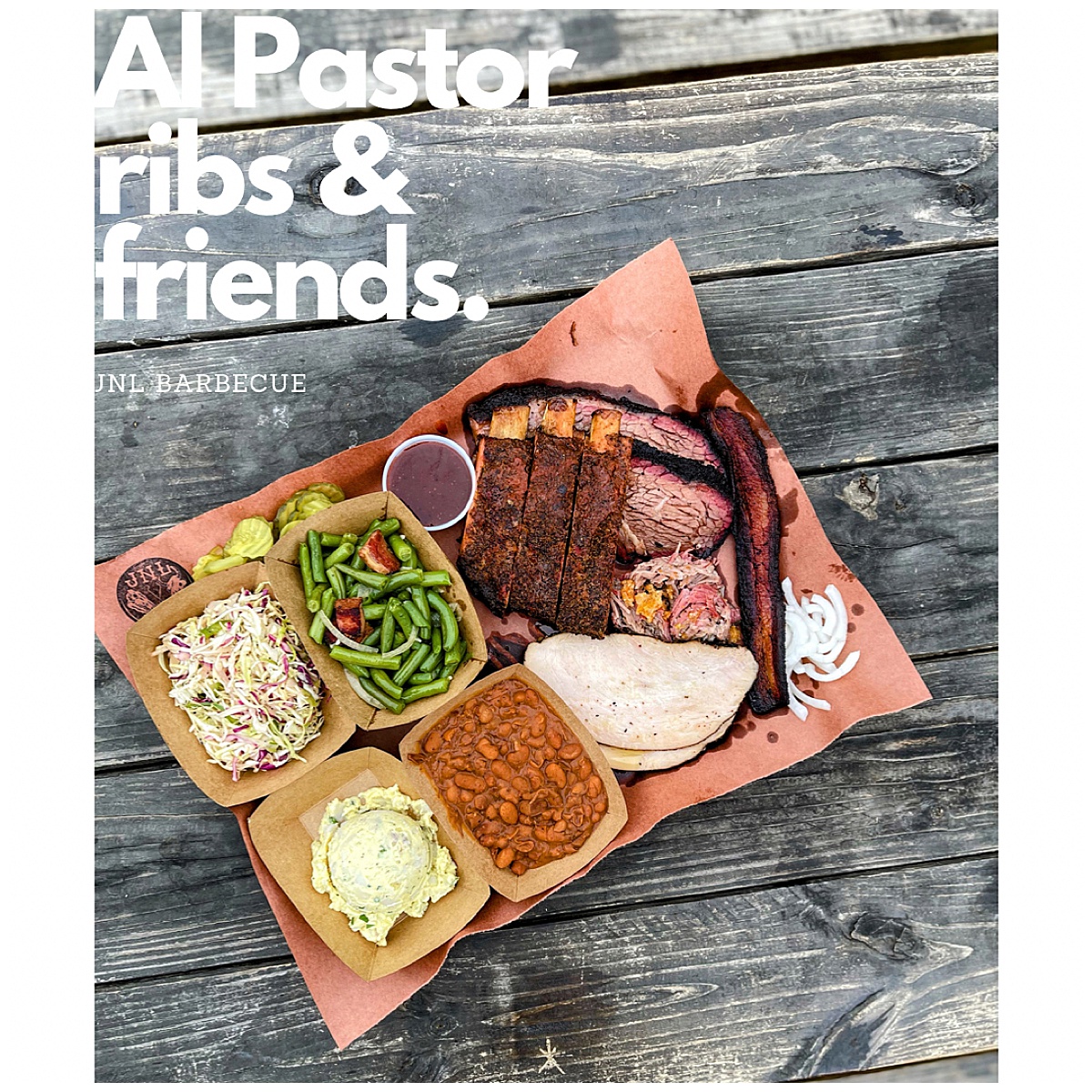 At least that’s what caught my eye and attention when I saw this on Instagram. And by the way, Instagram is a big part of the fourth wave too: our insatiable appetite for content is driving food innovation. And in Central Texas that means having fun with barbecue. 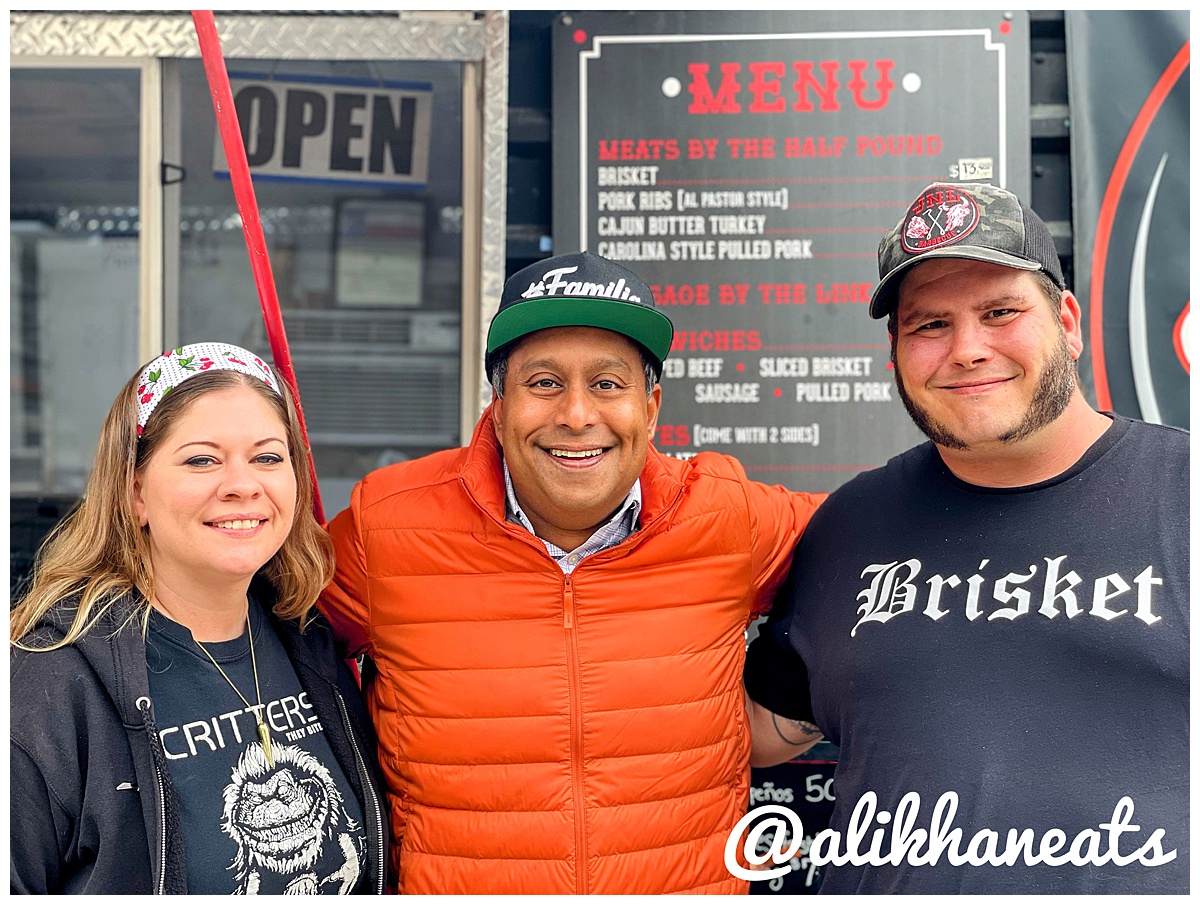 The profit margins stink. You can’t do it right and scale like you could with burgers or tacos. So why do people like Ben and Sarah Lambert grind it out in a food trailer? Love for the game. Ben spent five years at Franklin Barbecue before taking the plunge to opening his own trailer. A sixth generation Texan, you could say barbecue is in his blood. I think that’s why he can play with Central Texas barbecue in a way that resonates with authenticity. Al Pastor ribs is to me what Tex Mex should be about. Speaking of . . . 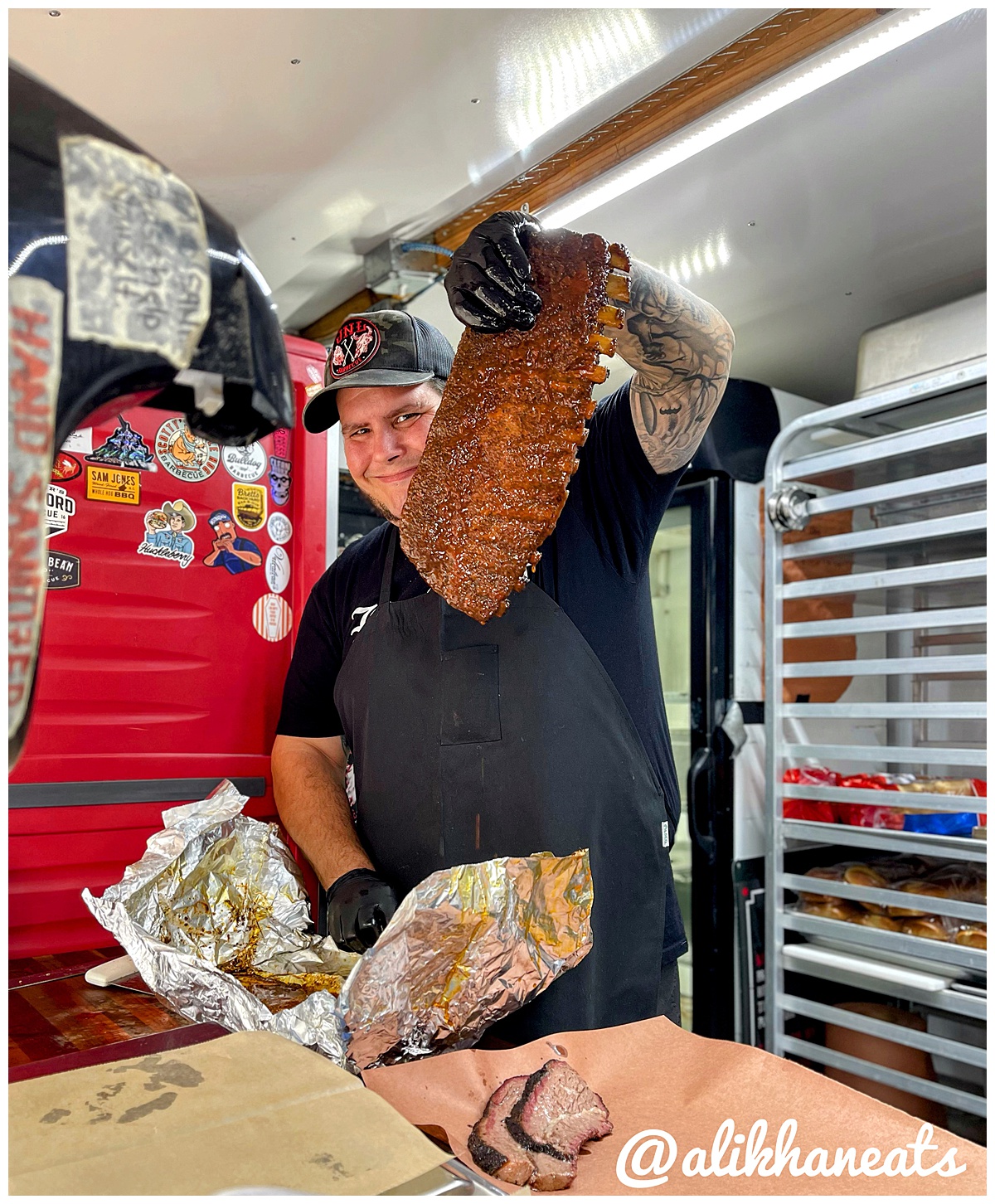 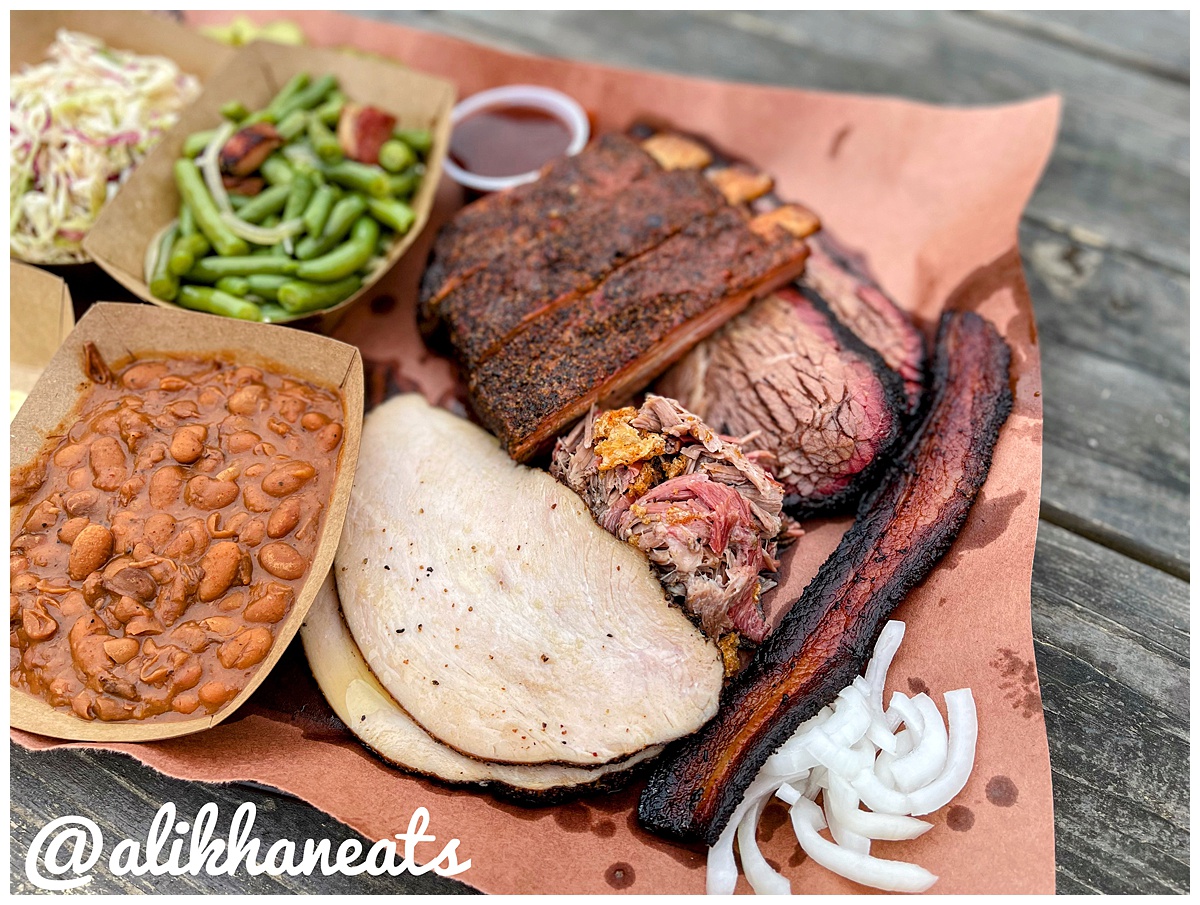 The meats of JNL

I made the move on brisket, the Al Pastor Ribs, and some pulled pork. Ben and Sarah insisted that I try that turkey and some bacon. They have a Club sandwich on the menu that I would say is worth trying. I found the bacon to land on the crisp side and the turkey was soaking in butter. Both of which strike me as a reason to put them together in a sandwich.

I had a taste of the Al Pastor ribs when he carved them up. My eyes rolled back. The ribs are on the fall off the bone side, I prefer a chew, but regardless of your texture preference, you will get that taste of Al Pastor in the marinade. Brisket is a crowded field in Austin and really around the country, so even if JNL hasn’t changed your mind on your top five ranking, it’s still respectable enough to scratch the itch. And the pulled pork was far and away my favorite bite of the day. Tied for best in town along with LeRoy and Lewis. 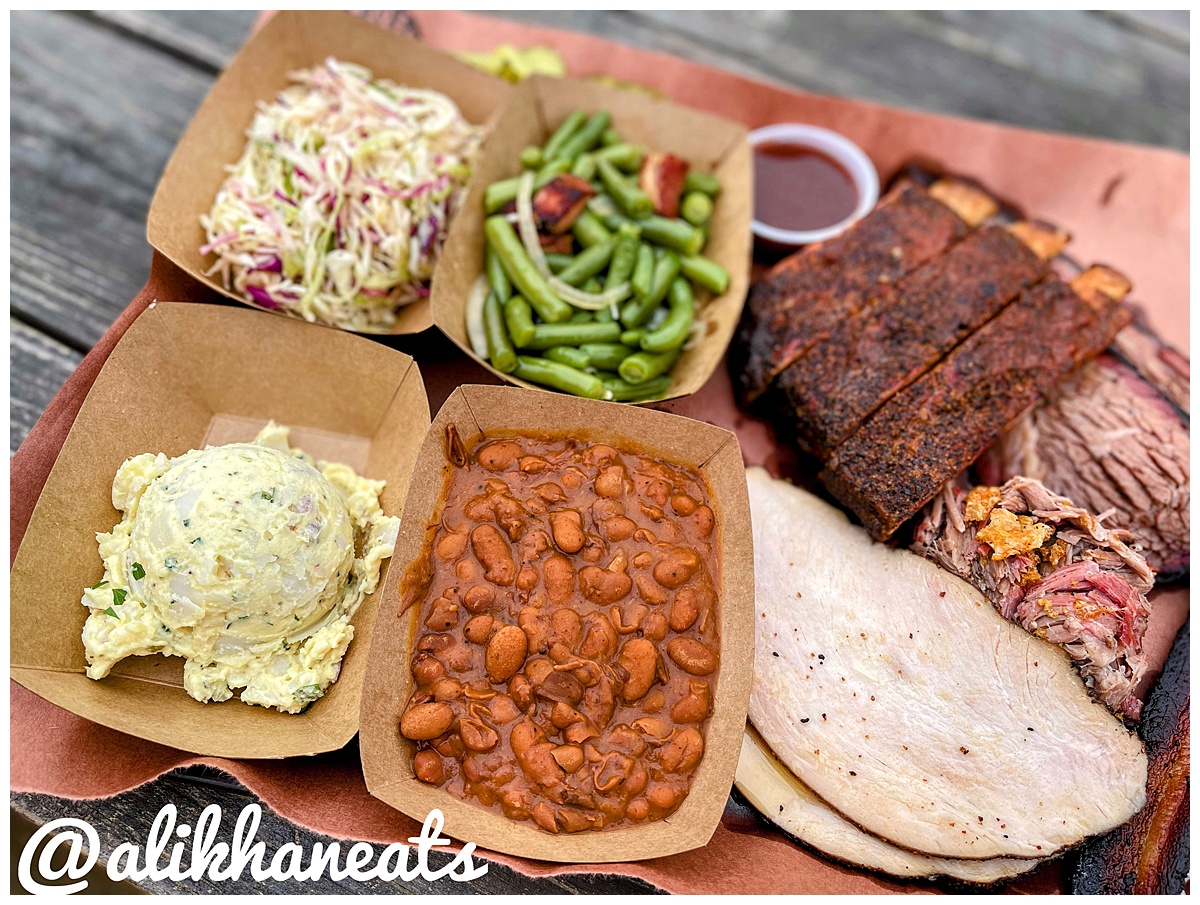 Ben also insisted I try the beans which carry with it a fair amount of meat. It’s almost a meal in itself and I think you should get them. Green beans were on the soft side but not uncommon many a classic barbecue joint. I’ve always had a soft spot for the non traditional when it comes to sides. Potato salad carried that right amount of mustard, and like the green beans were on the tender side, dancing on the line of slightly mashed. The coleslaw was a work of art: julienned strips of cabbage with a perfect vinegar dressing. I would come back just to get the slaw(and pulled pork). 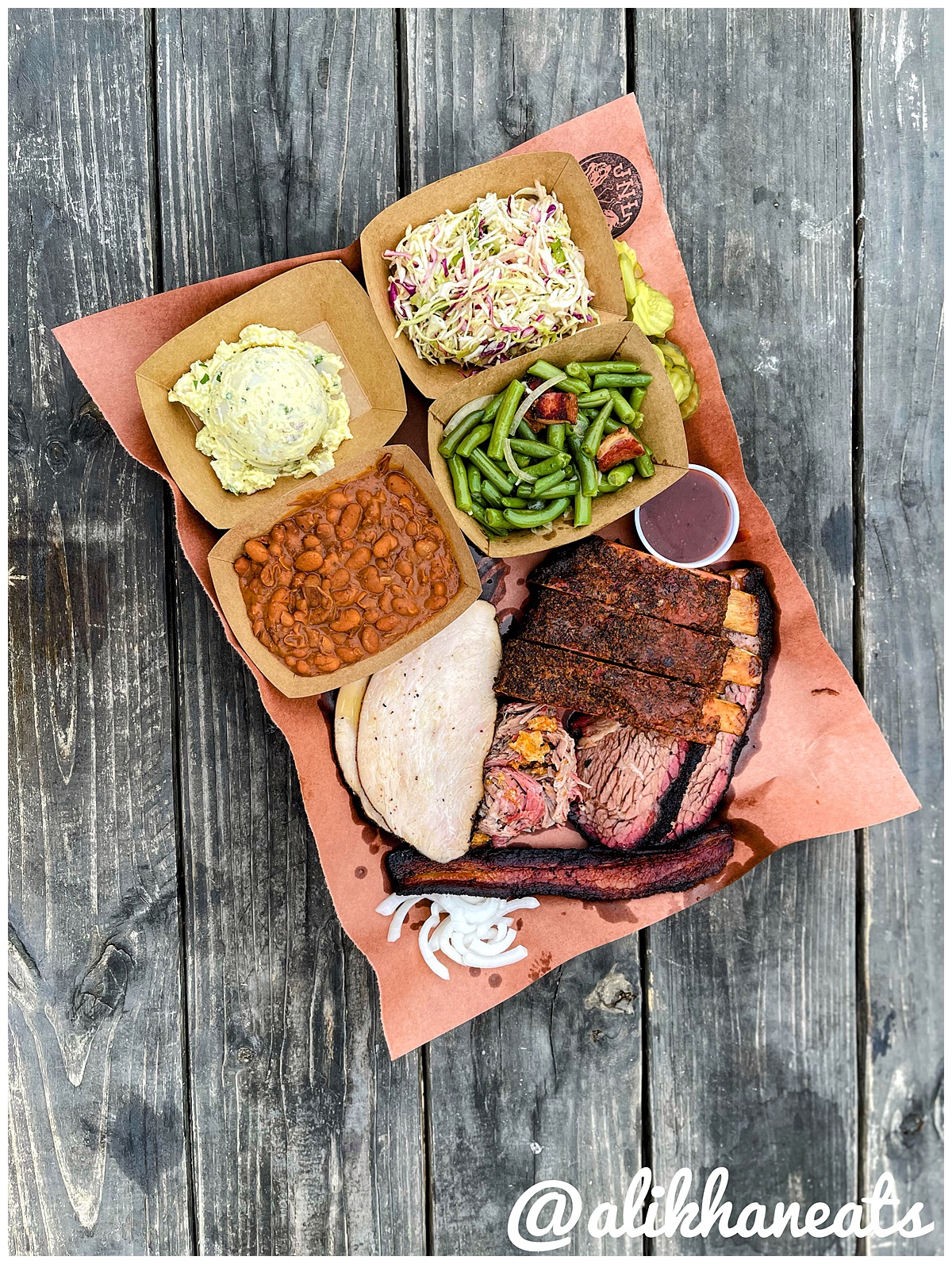 Earlier I said that brisket is a crowded field when it comes to Central Texas barbecue. That pretty much goes for craft barbecue operating at top tier levels. Eye catchers like Al Pastor ribs are why you come to JNL versus brisket which you can find elsewhere. I should also highlight the barbecue sauce at JNL as well. It really works well with the meats. Usually I find bbq sauce is simply not necessary with Central Barbecue, even conflicting. Here the sauce emphasizes the meats, particularly the pulled pork and ribs. I made sure to ask for extra when I packed up my leftovers. 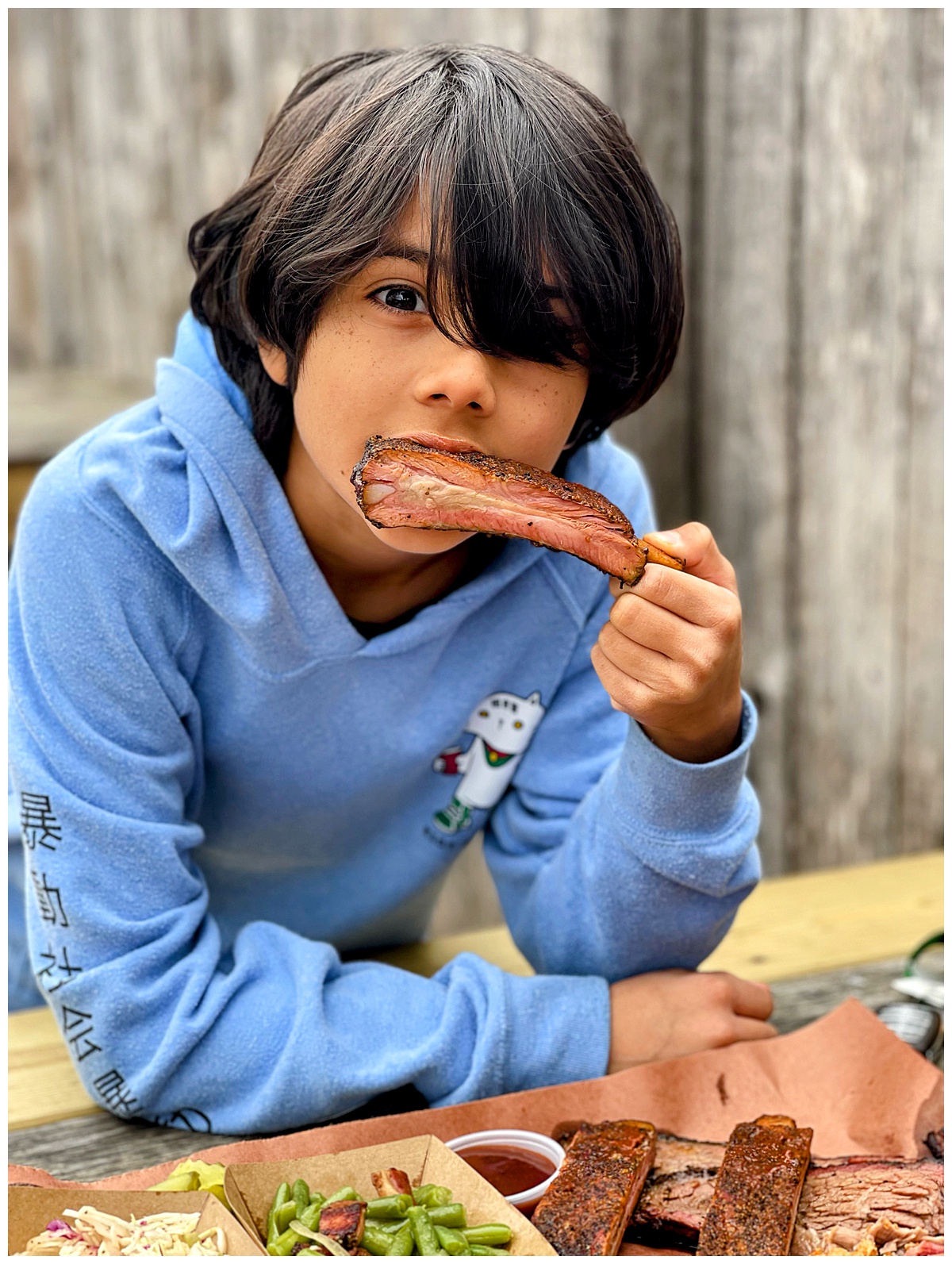 Come for the Al Pastor Rib

and comeback for the Pulled Pork. The sauce rocks, the slaw rocks and I think it’s fair to say that JNL is a full on pork barbecue specialist in Austin. Added bonus – not much of a line when I went on Sunday, so chalk JNL Barbecue up as a place that is full on convenient from a waiting in line perspective. My next move here is to buy some pulled pork and slaw, come home and make sammies on Martin’s Potato rolls. I might even have the Traeger on just to fool my guests. But you’ll know my secret.