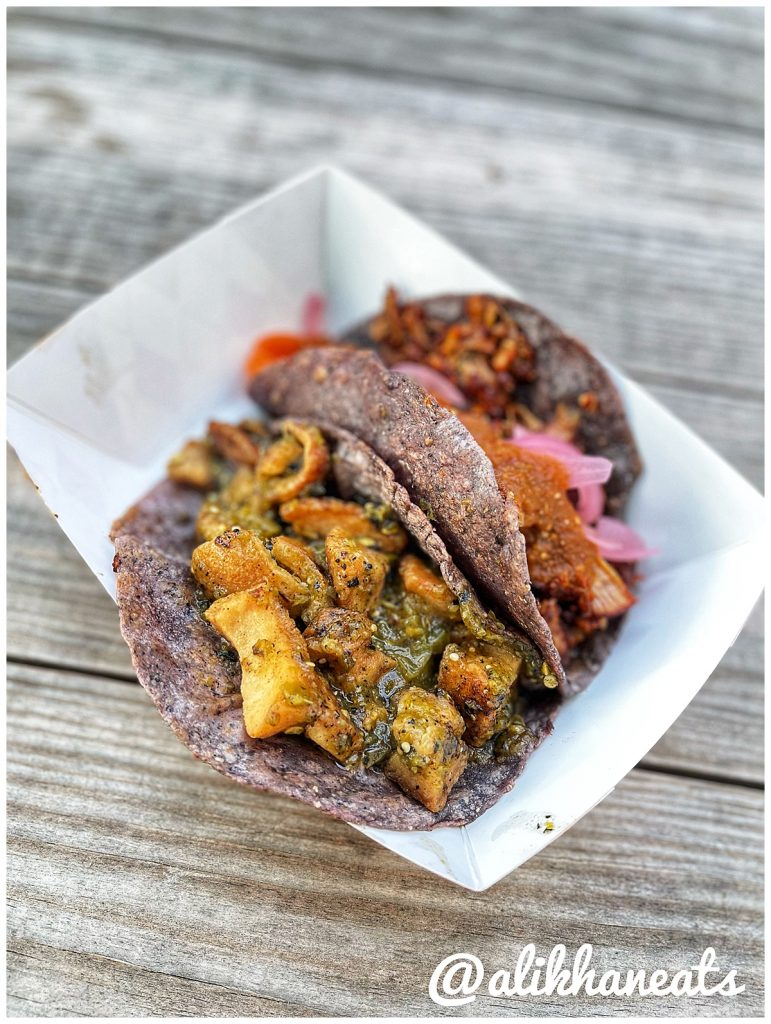 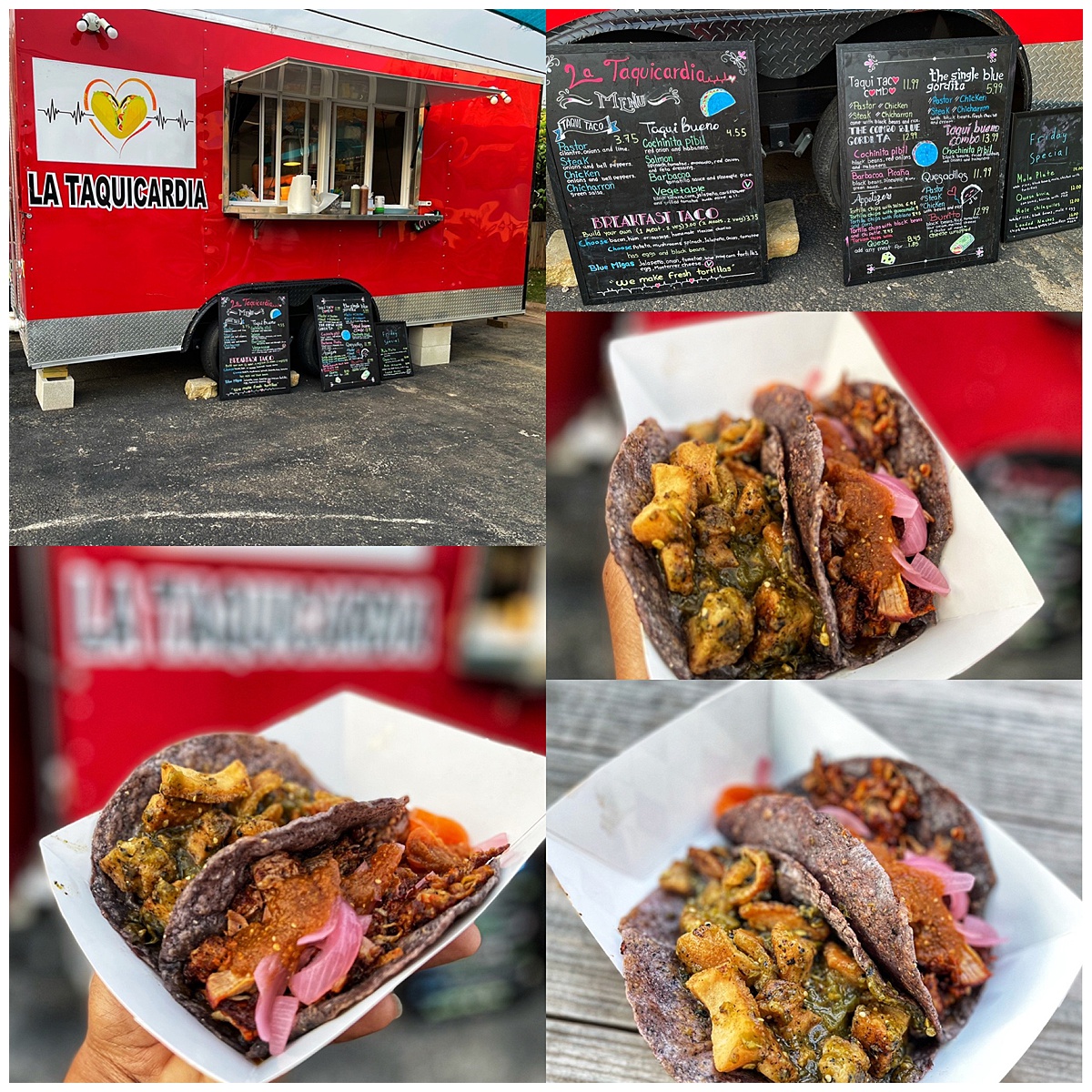 First off credit to where credit is due. Shane Orr of Austin Brewery Tours slipped in the hot tip on La Taquicardia. Not surprisingly they are located at a brewery. You’ll find this taco truck over at Southern Heights Brewing Company, on the east side Austin.

Breweries are no stranger to food trucks in the ATX but this one hits as hard as the food line up at Meanwhile Brewing. This is getting pretty deep in the Austin brewery scene, so for those not in the 512, I’ll stick with a taco rundown for now. Regardless you have just gotten two breweries with great food to hit up next time you are in town. 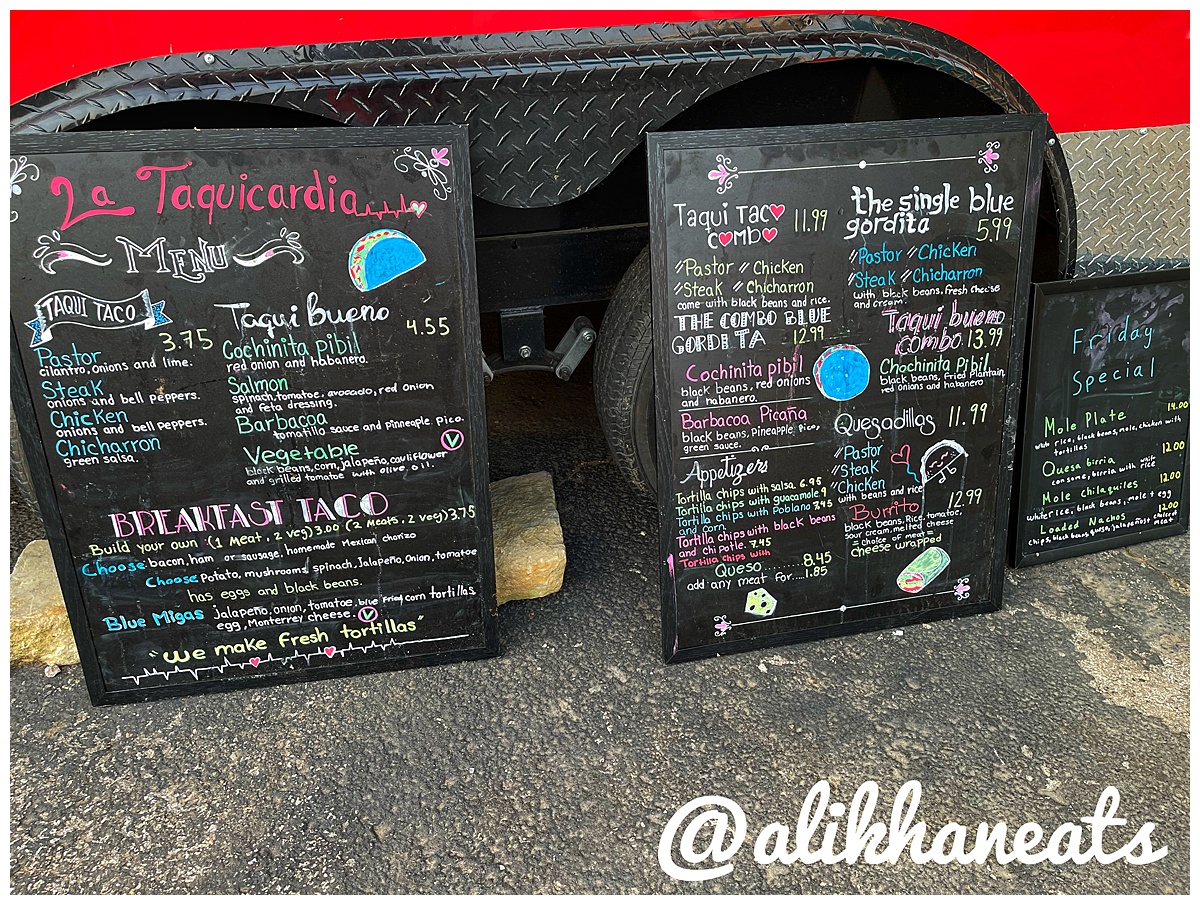 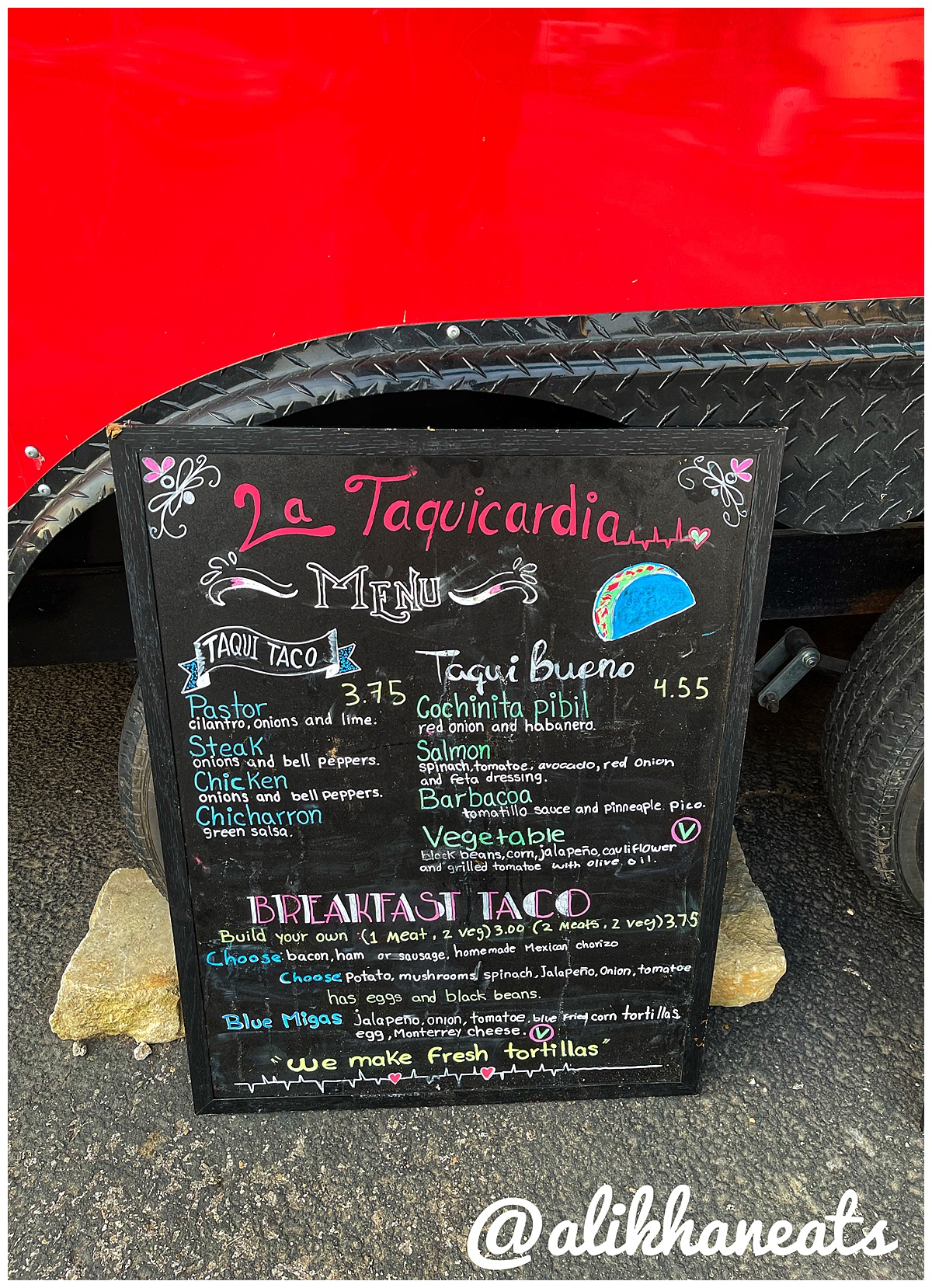 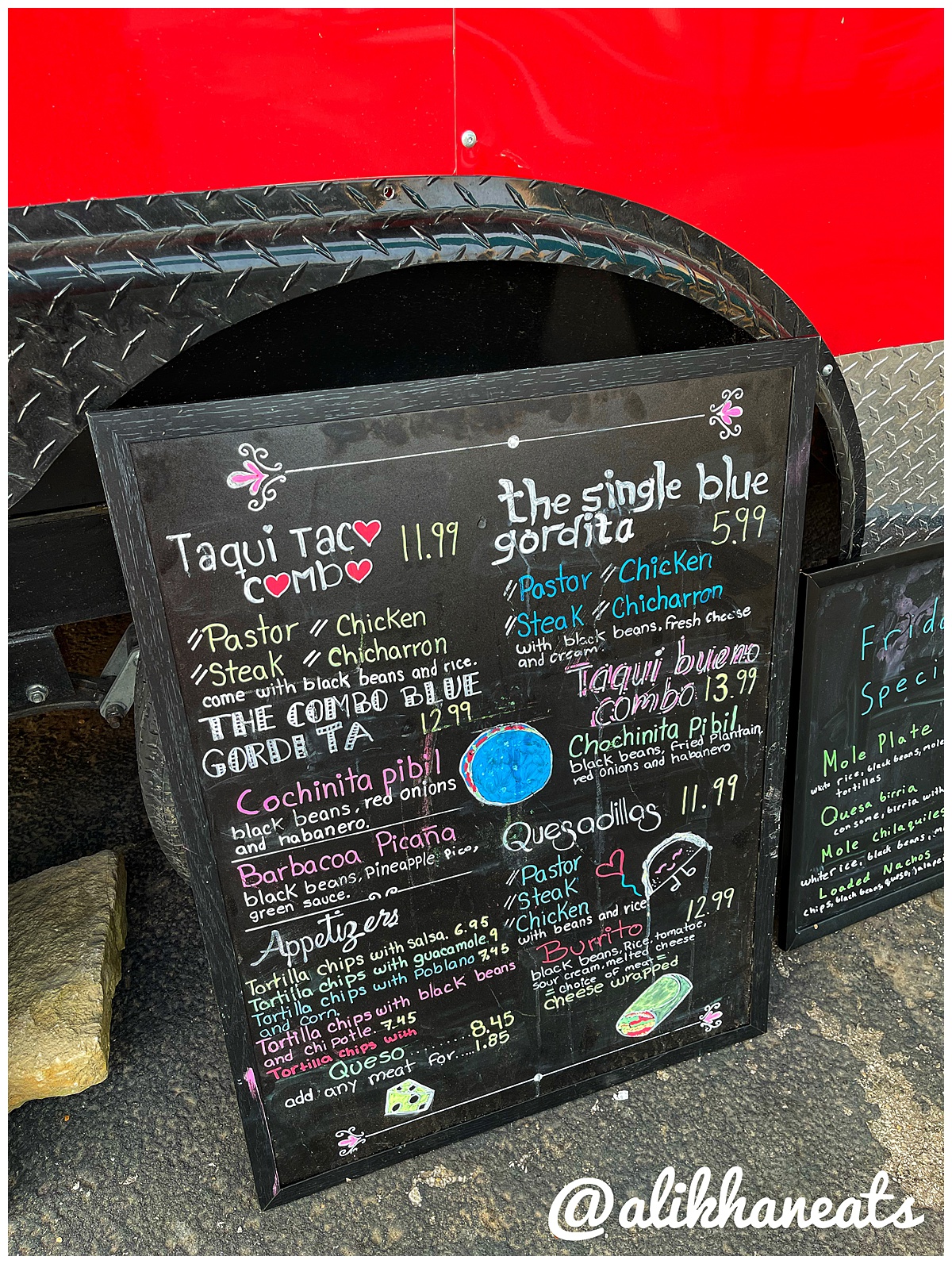 Craving breakfast tacos at 5pm? You’re in luck as breakfast is served throughout service which mirrors the brewery’s hours. And speaking of hours that’s Wed-Thurs 3pm-8pm, Friday 3pm-10pm, Sat 12pm-8pm and Sun 3pm-8pm. That also means you’ll have to eat your breakfast tacos for brunch.

Everyone has their taco move but let me add this: save room for a gordita. I didn’t, but after tasting the quality of the blue corn tortilla which is made fresh(along with flour) you need to understand the maiz is the star of the show. I also would keep an eye on the specials, these plates are priced for some serious bang for your buck. 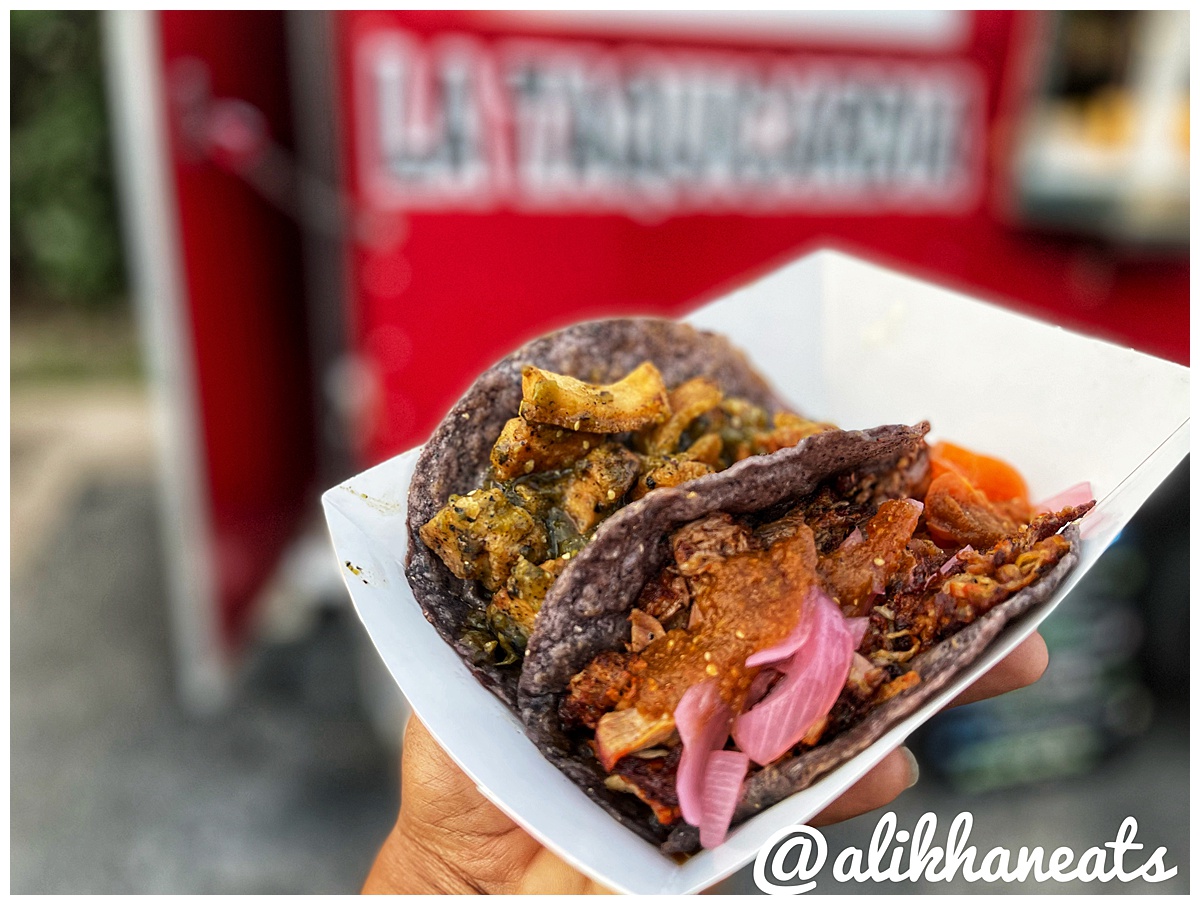 Two for the road

I wanted to get a sample and not stuff myself, so I went with two tacos before I trucked off with a 4 pack of Tahitian Dream IPA to go. I went with the Cochinita Pibil, and the Chicharron. Cochinita Pibil, in the bottom half of the taco boat, is a specialty of the Yucatan Peninsula. Turns out two is meal, which is why they are priced at almost $5 a pop. But you’re getting your money’s worth.

If you have ever seen Once Upon a Time In Mexico, you’ll know Cochinita Pibil; it’s the dish Johnny Depp’s character literally kills for. Before Amber Heard gets stuck in your thoughts I’ll offer you the definition: Pork marinated in citrus(orange and lime or Valencia oranges) and annatto paste, wrapped in banana leaf and slow roasted. It’s the equivalent of a braise but when you have had it the old school way, cooked in the ground, it’s like barbecue with humidity, not unlike barbacoa.

The gold standard is a whole suckling pig cooked this way, that’s what I have had down in Isla De Mujeres which is a ferry ride from Playa Del Carmen in Quintana Roo. But even silvers are damn delicious. I don’t know how La Taquicardia does theirs(yet) but I can tell you they crisp up the pork in the flat top before putting it into the tortilla. It was a delicious move. 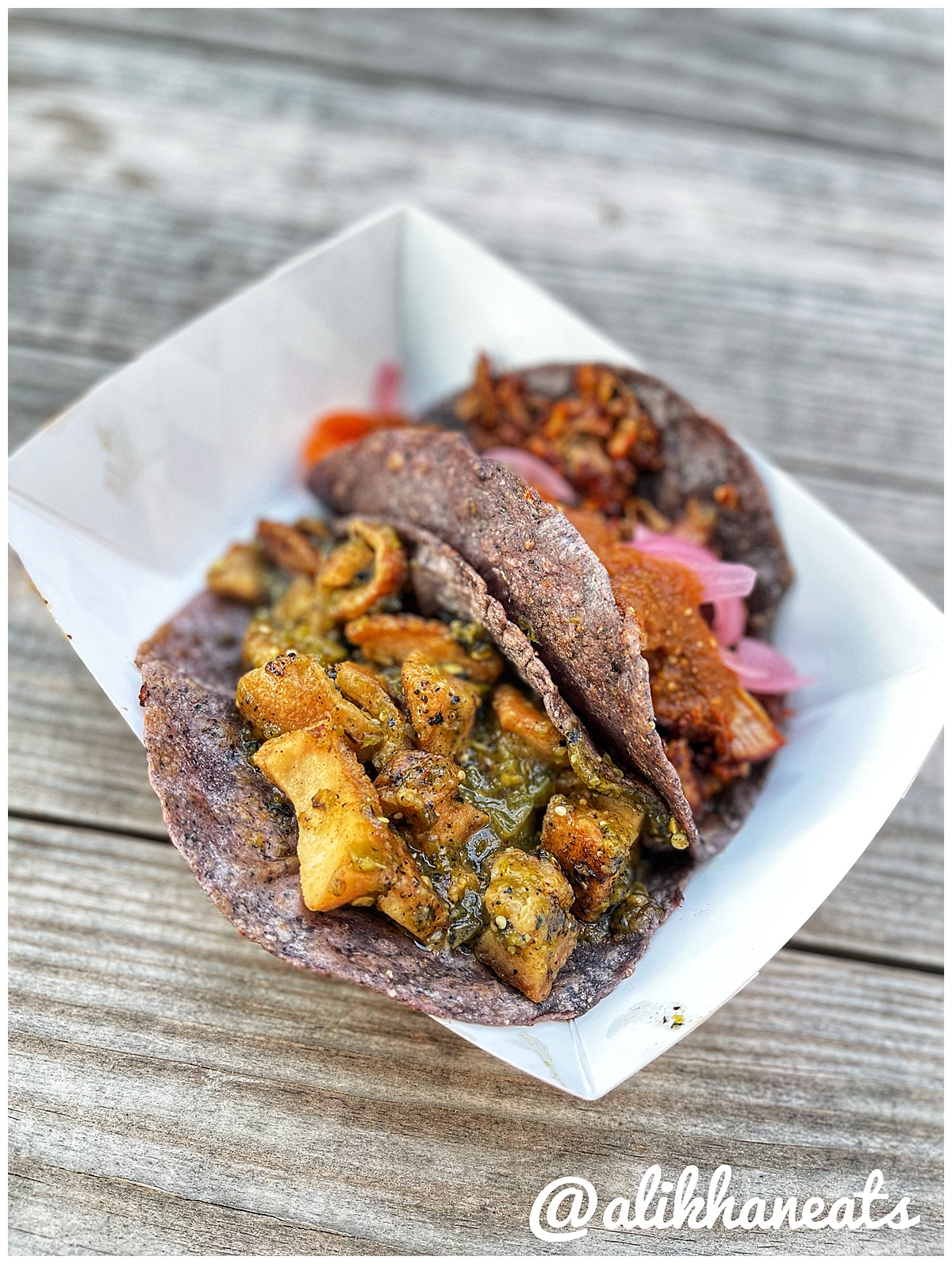 Chicharron is pork skin that has been fried, aka pork cracklings. Chicharron en salsa is a version where the cracklings are mixed with salsa, sometimes getting soaked in water to get them softer. It might sound off but I enjoy it when the cracklings get soaked enough to when they get good and chewy. I asked chef about this and she said that was also her preference, though these were a bit too crisp. Not as much of a taster as a looker, I’d look to other fillings for my second taco. Unless I can request them extra chewy. It wasn’t too far off the strike zone but tortillas this good deserve a 98 mph fastball that catches a good amount of plate.

I hear great things about the salmon. And of course I’ll be back to try the steak, the barbacoa and the gorditas. Take special note of the specials too because I think the best part about Taquicardia is that the tacos are just the gateway drug to a menu run by a woman has really great cooking skills. She says she’s been going for only three weeks. Her tortillas taste like she has been in the game for 10 years.