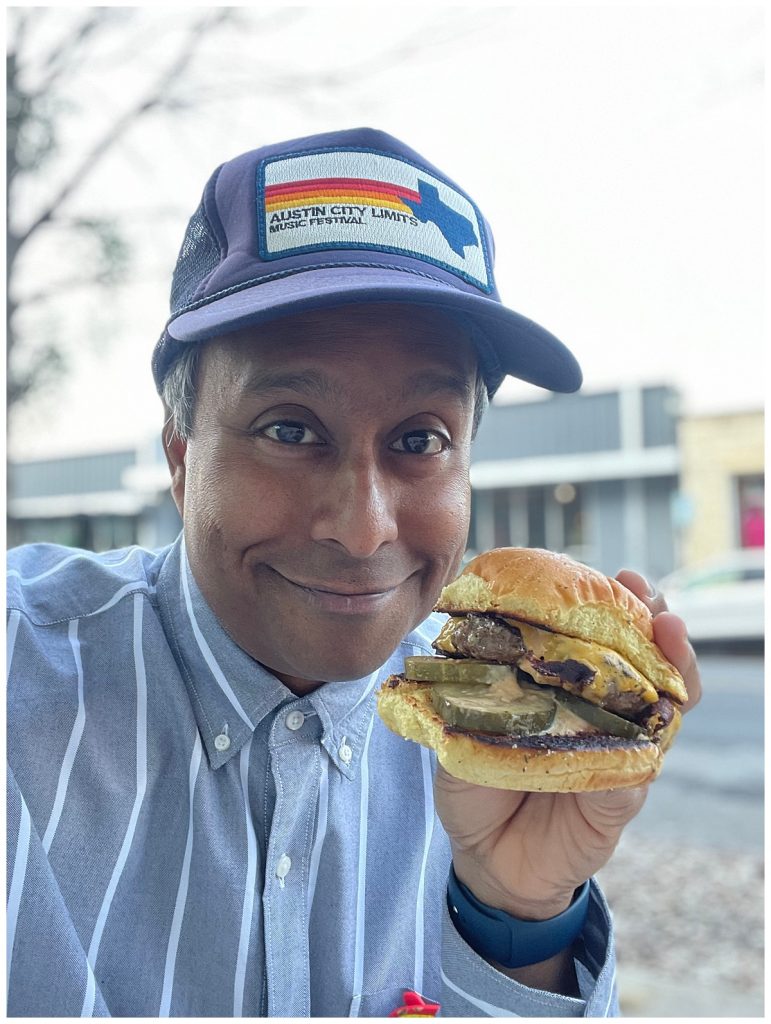 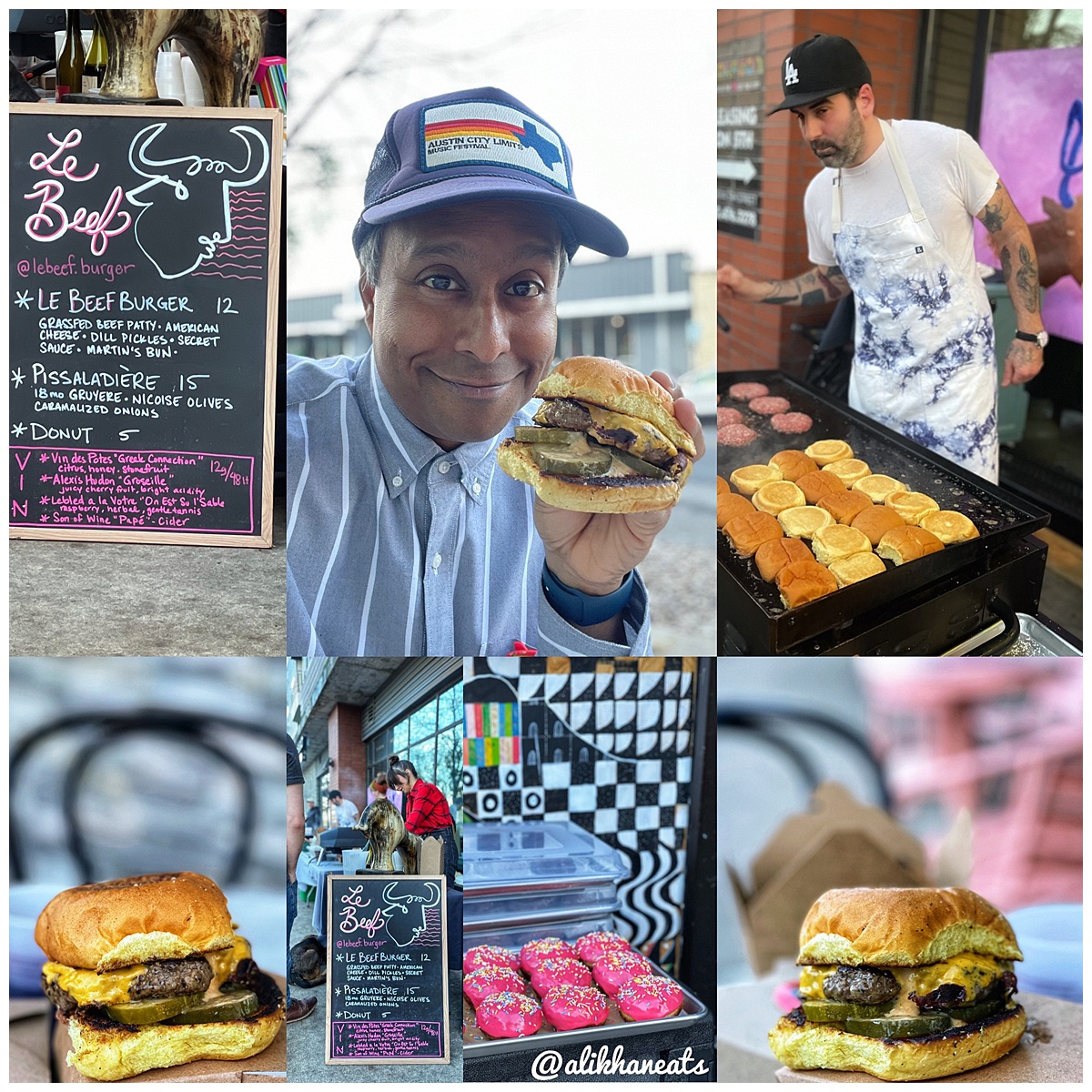 I was late to the game but I remember back in 2013 when Chef Ludo Lefebvre brought LA into a golden age of cutting edge pop up dining. He made pop up dining the hottest ticket in town. Though some of these dinners were a stone’s throw away from my loft in downtown Los Angeles, getting a sitter and rolling the dice on a big ticket experience($$$) was always a big ask and sadly I never went. Had it been a burger pop up like the one I went to earlier this month on the streets of East Austin, I might have never left LA. 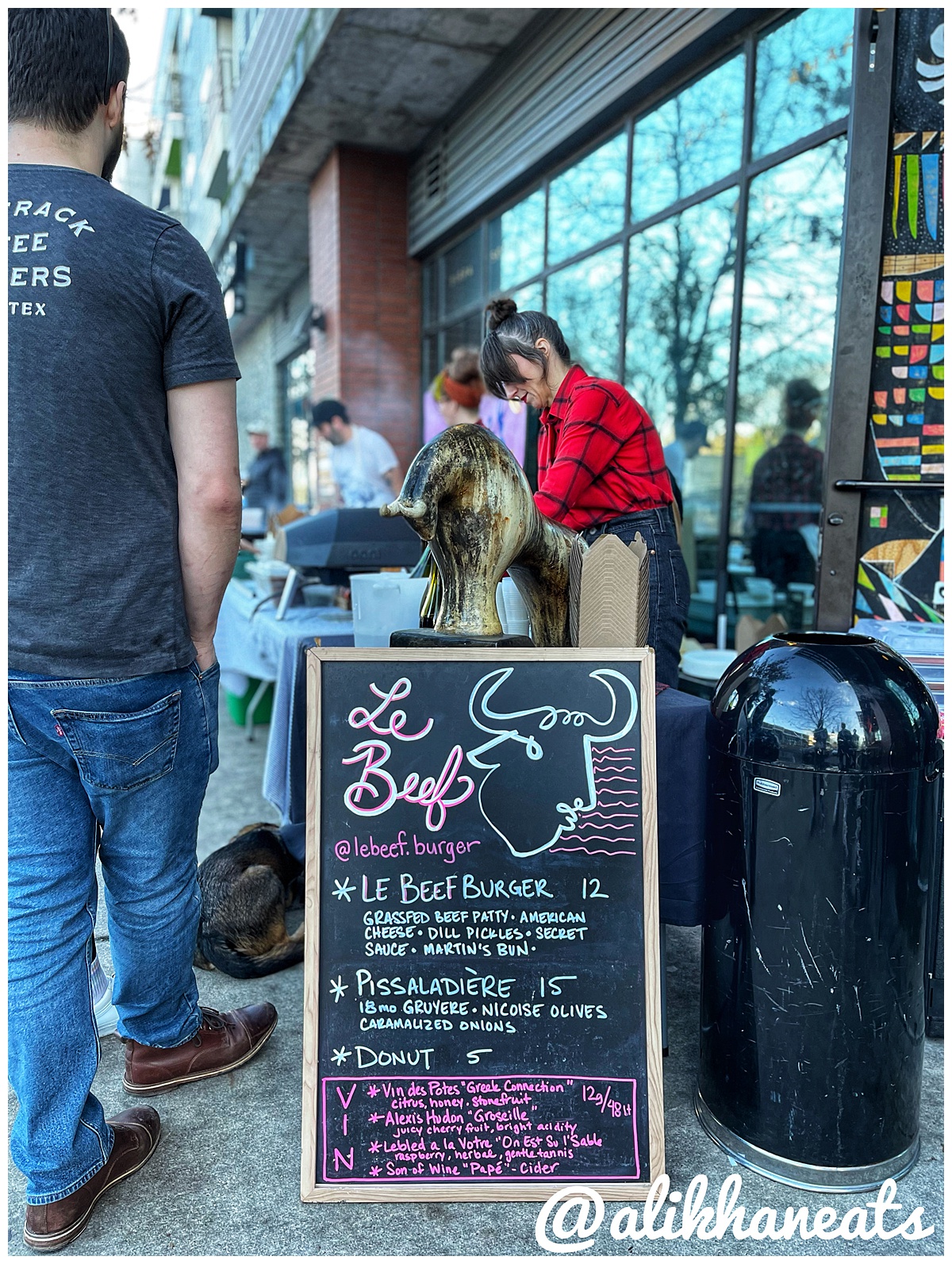 Hard to imagine a concept based exclusively around these three elements but this line up from Le Beef Burger Pop Up might suggest otherwise. Sadly I was still in the throws of Dry January so I skipped the wine and thereby skipped the donut temptation. All good because I was here for the burger experience first and foremost. 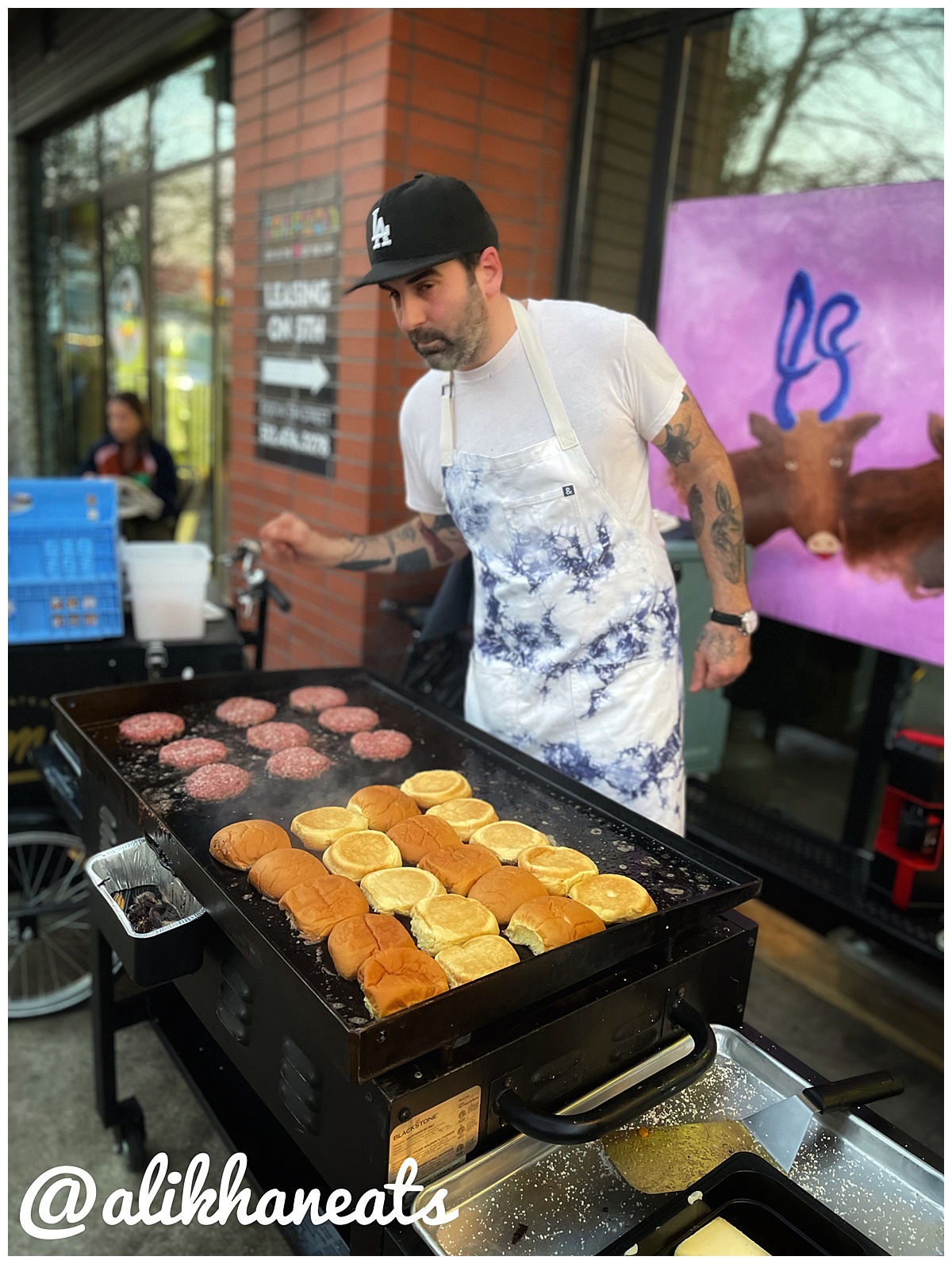 Chef Justin Huffman, the man behind the stoves at Justine’s Brasserie, is also the man behind Le Beef Burger Pop Up. The Indianapolis native has spent a fair amount of time in LA and Austin, working in noteworthy restaurants like Uchiko, Uchi, Contigo(ATX) and Mayday LA, Kronnerburger(LA). He’s happy to be back in Austin and I’m happy to be at a plancha on a street corner where these are sizzling to order: 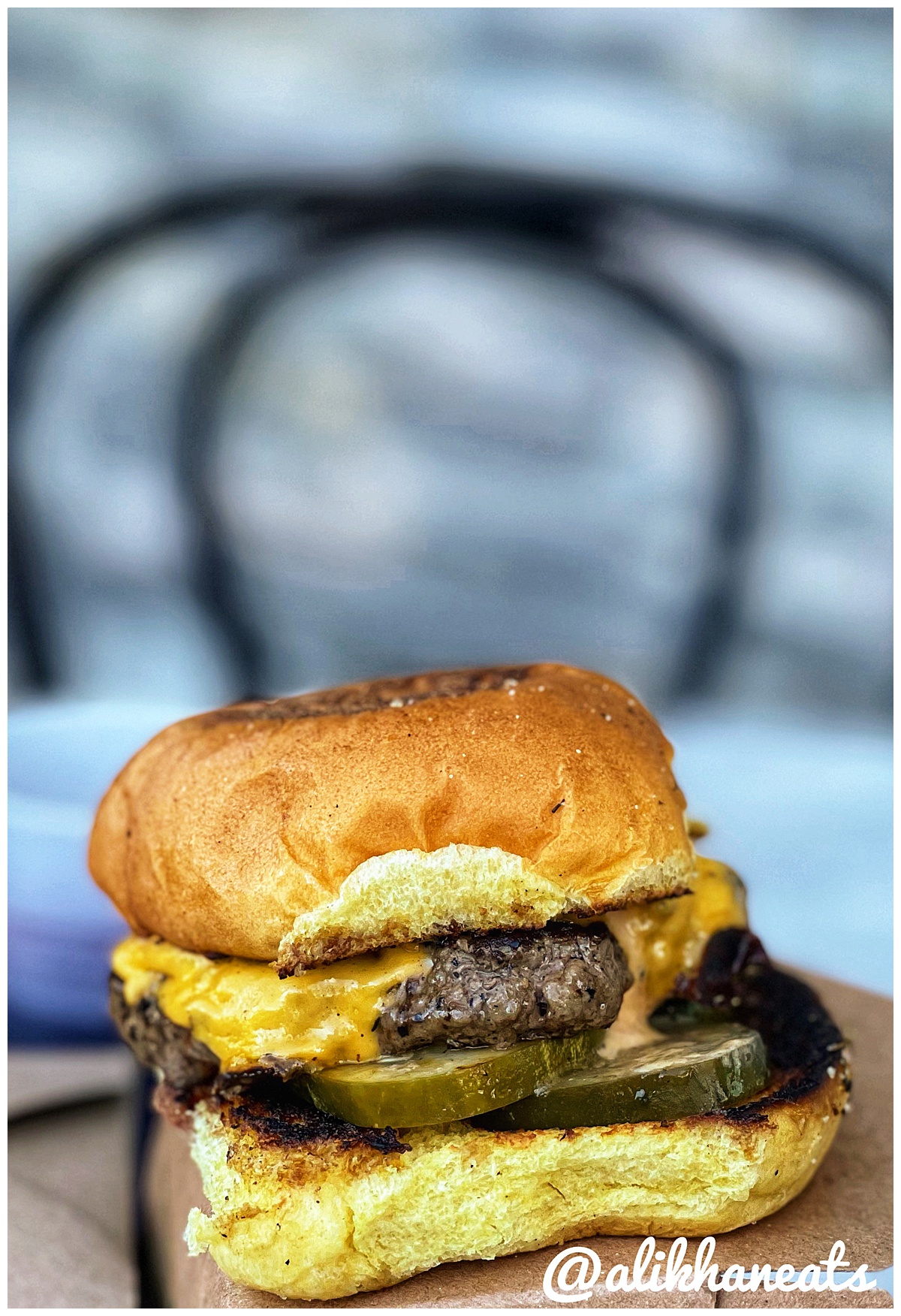 What’s between the buns:

What in between that butter toasted Martin’s Potato roll? Four ounces of 44 Farms grass fed beef. This burger is cooked in butter a la Midwest butter burger style. You might have heard of this style from your co-worker from Wisconsin who goes on about the chain Culver’s. Or maybe it’s a well heeled foodie who found out that Butter Burger Icon establishment Solly’s Grille just won a James Beard award. Regardless of how you heard about it, you need to experience it.

You’ll also notice house made pickles and a house made special sauce. As a devotee of pink sauce burgers and someone who likes to play around with making my own Thousand Island dressing, this pink sauce is something special. Sure, after your first taste you’ll experience the familiar, but chef assured me throws a lot a few Umami curveballs in here. 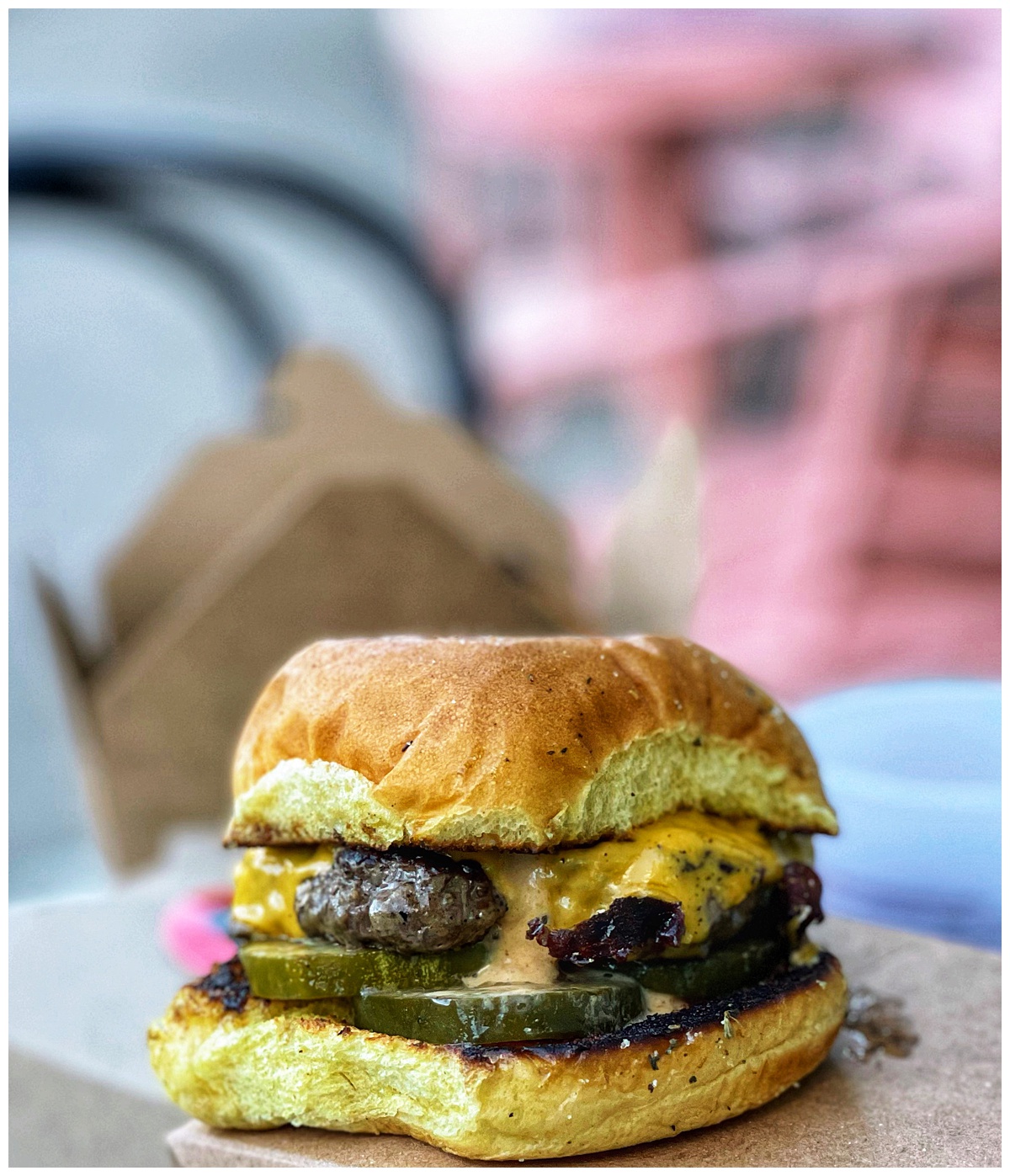 Bang for your Burger Buck?

This burger isn’t huge but it is bite for bite perfectly composed. While the $12 price tag is stiff, you won’t walk unhappy, but you will think about getting a second. Hey, when you want an In-N-Out meets Diner meets Wisconsin Butter Burger from a chef with a deep resume, you’re gonna have to bring your wallet. Welcome to 2022 my friends. 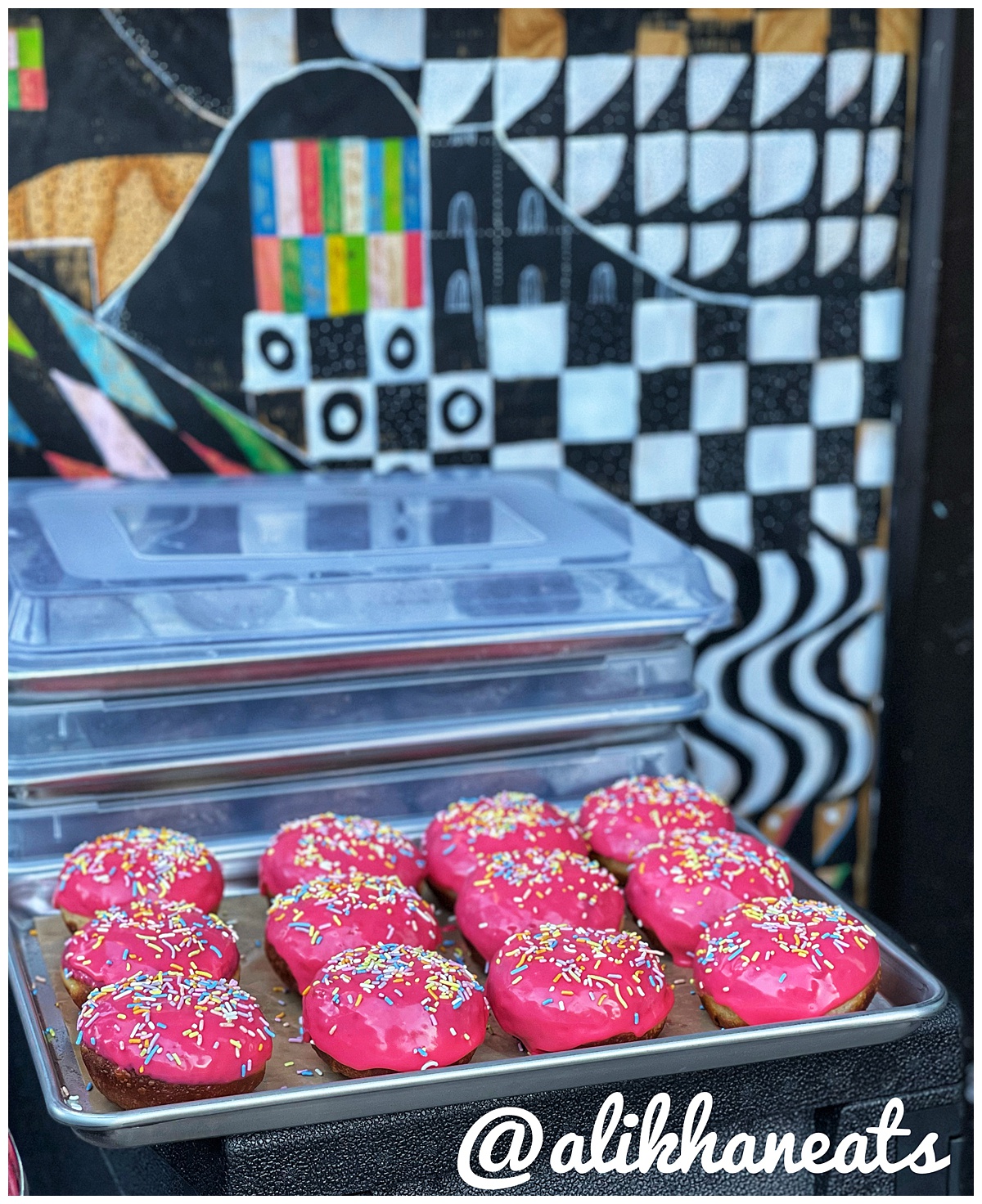 Final verdict: I’ll be back and I’ll get one of these.

It ain’t cheap but it’s so darn tasty that if you try a Le Beef Burger, you will want to come back. It’s a deceptively simple burger that might have better priced competitors around, but does the competition serve up donuts and natural wine? It’s a bougie foodie experience that I recommend you bookmark for sure. Well done burgers that come out a juicy medium, served directly off a plancha have a habit of taking my $12 bucks. Maybe I brought some LA with me to Austin.