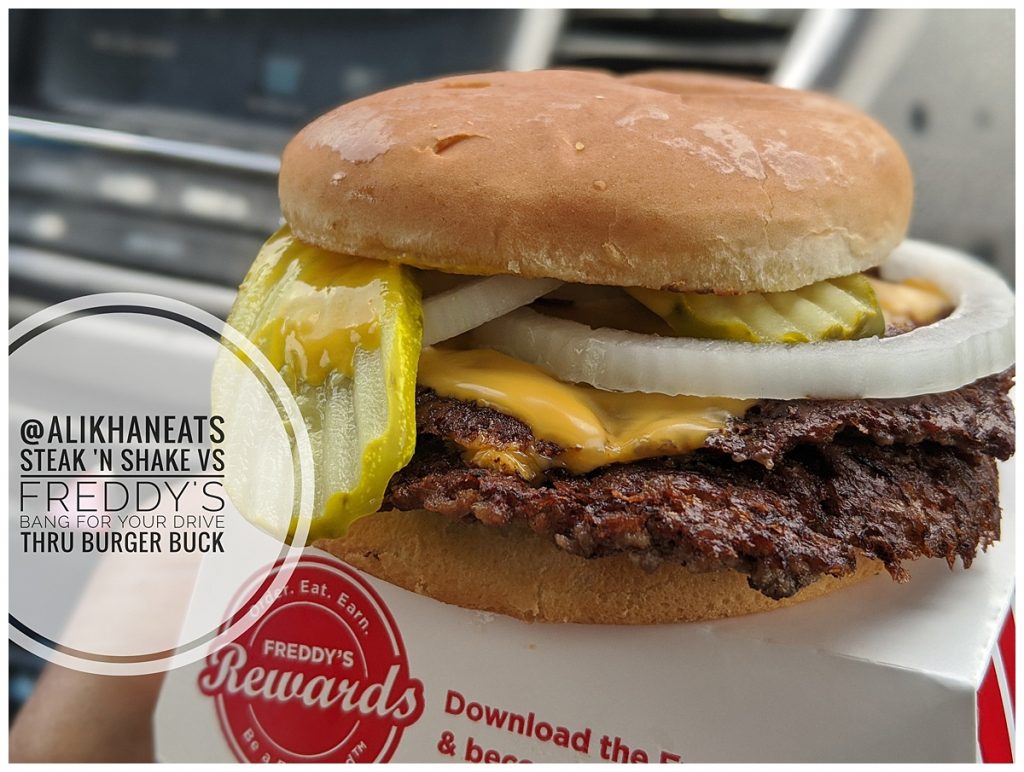 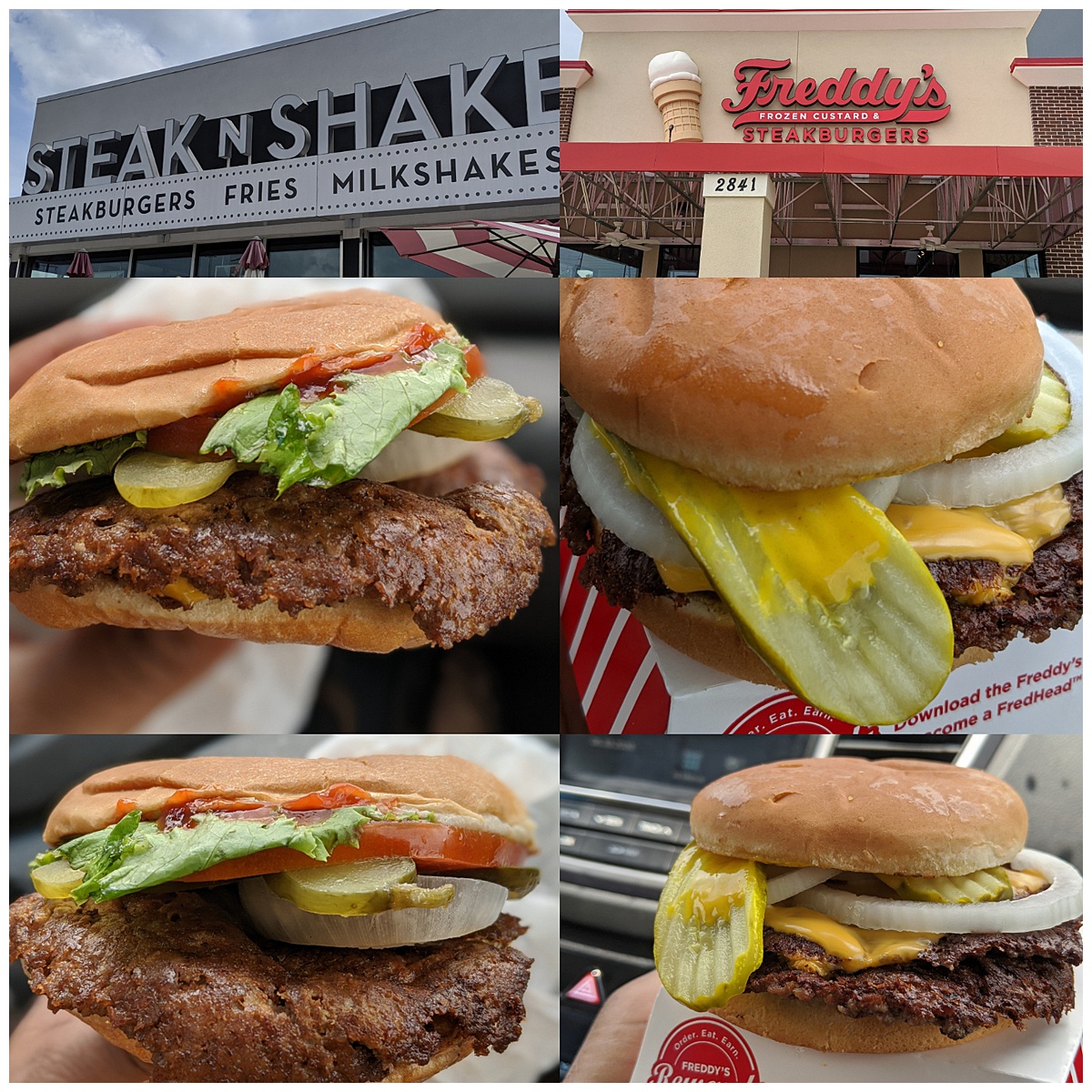 Steak ‘n Shake vs Freddy’s: a smashed burger chain throw down. Being a childhood fan of Steak ‘n Shake, it seems ridiculous that I’m finally getting around to writing about this spot. But perhaps it was all mean to be. Enter Freddy’s Frozen Custard and Steakburgers, a relatively new player in the burger chain world and a burger I did not have the pleasure of growing up on. A tried and true veteran vs the young hot shot rookie. Who comes out on top? 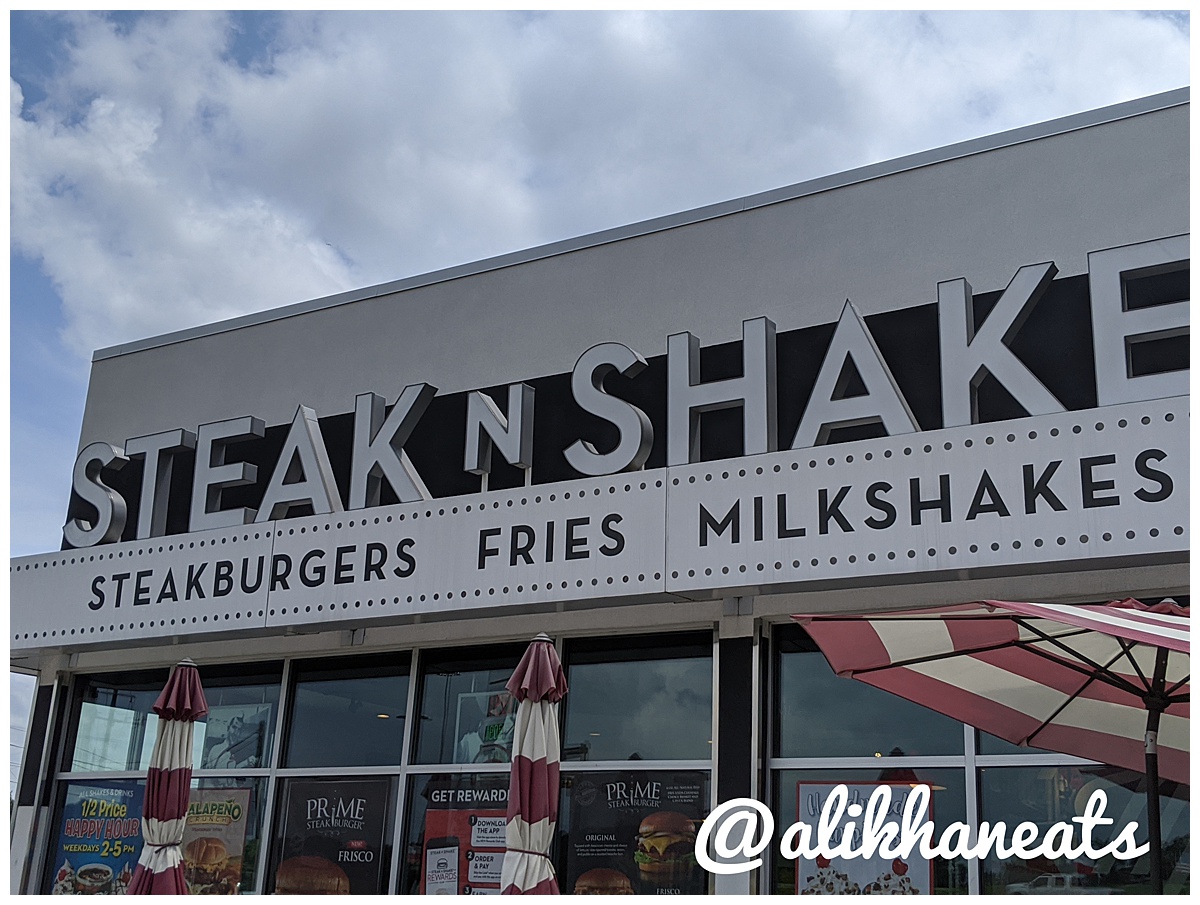 Memory is a powerful thing when it comes to food. The sight of a Steak ‘n Shake instantly triggers memories of getting my fav fast food burger with my family. Of late nights after high school parties. I used to dream about Steak ‘n Shake opening up in LA back when I lived there. And then they did open. And then things changed. 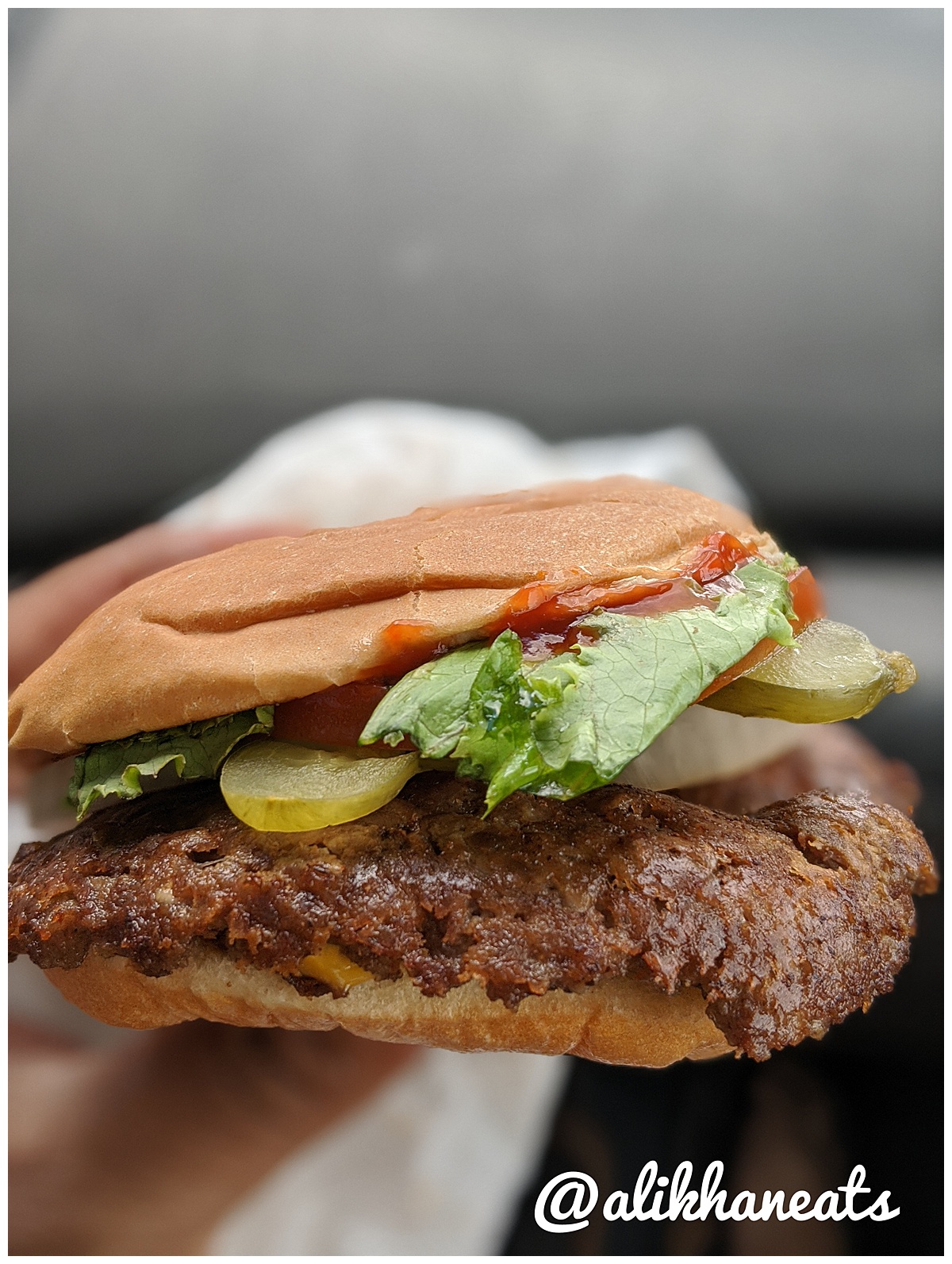 For whatever reasons I never made it to the Steak ‘n Shake that opened in Santa Monica in 2014. When I moved to Austin in 2015 and found myself in a town loaded with burger chains like In-N-Out, Shake Shack, local fav P. Terry’s and Steak ‘n Shake, I went just once. And one word can describe it: disappointing. 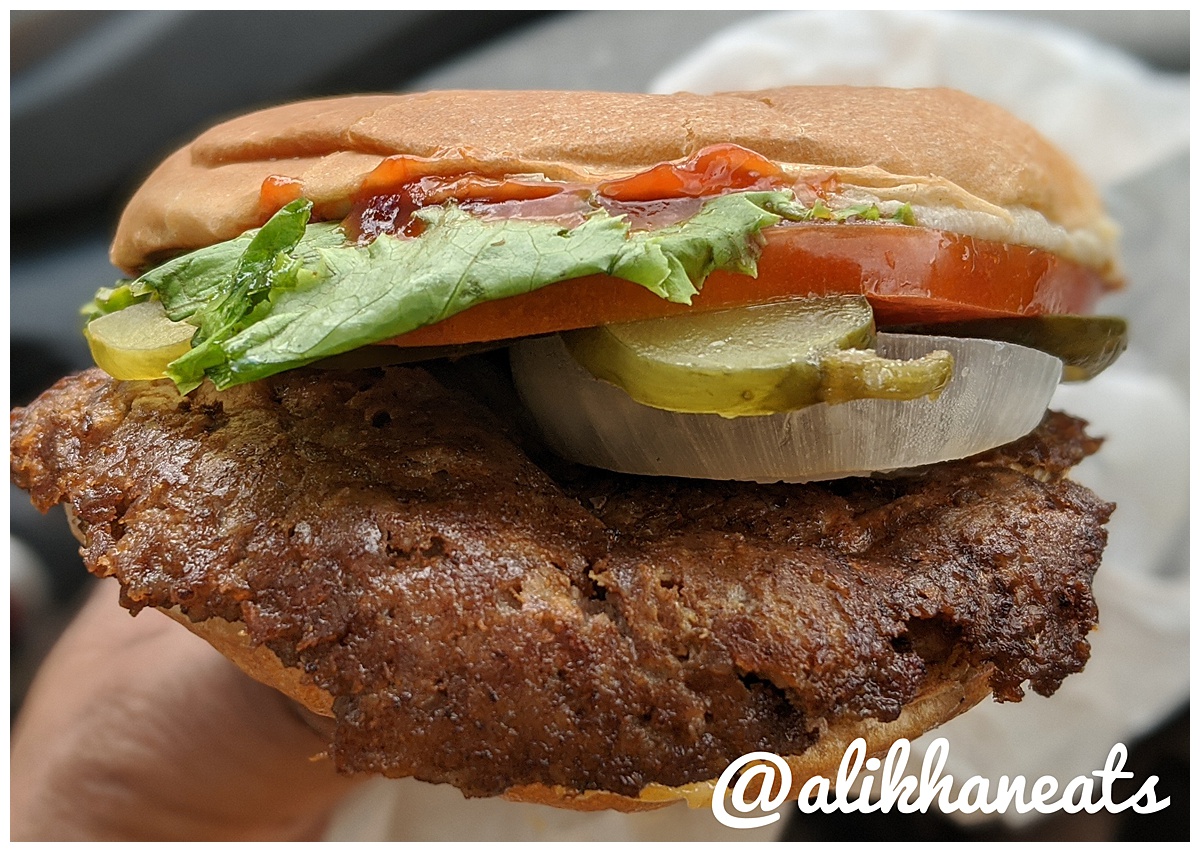 A few weeks ago I found myself taking a road trip through the heart of Steak ‘n Shake country with my wife and son. With Covid-19 to consider, we were primed to hit up drive thru’s. Here came my opportunity to eat the burger of my youth. And once again, Steak ‘s Shake fell flat in my adult years.

While cheap as hell, the employees failed to wear a face mask. Our order was wrong and the burger was about as limp as it looks. Still, a smashed burger is a smashed burger and this still destroys anything you will get at the major chains. 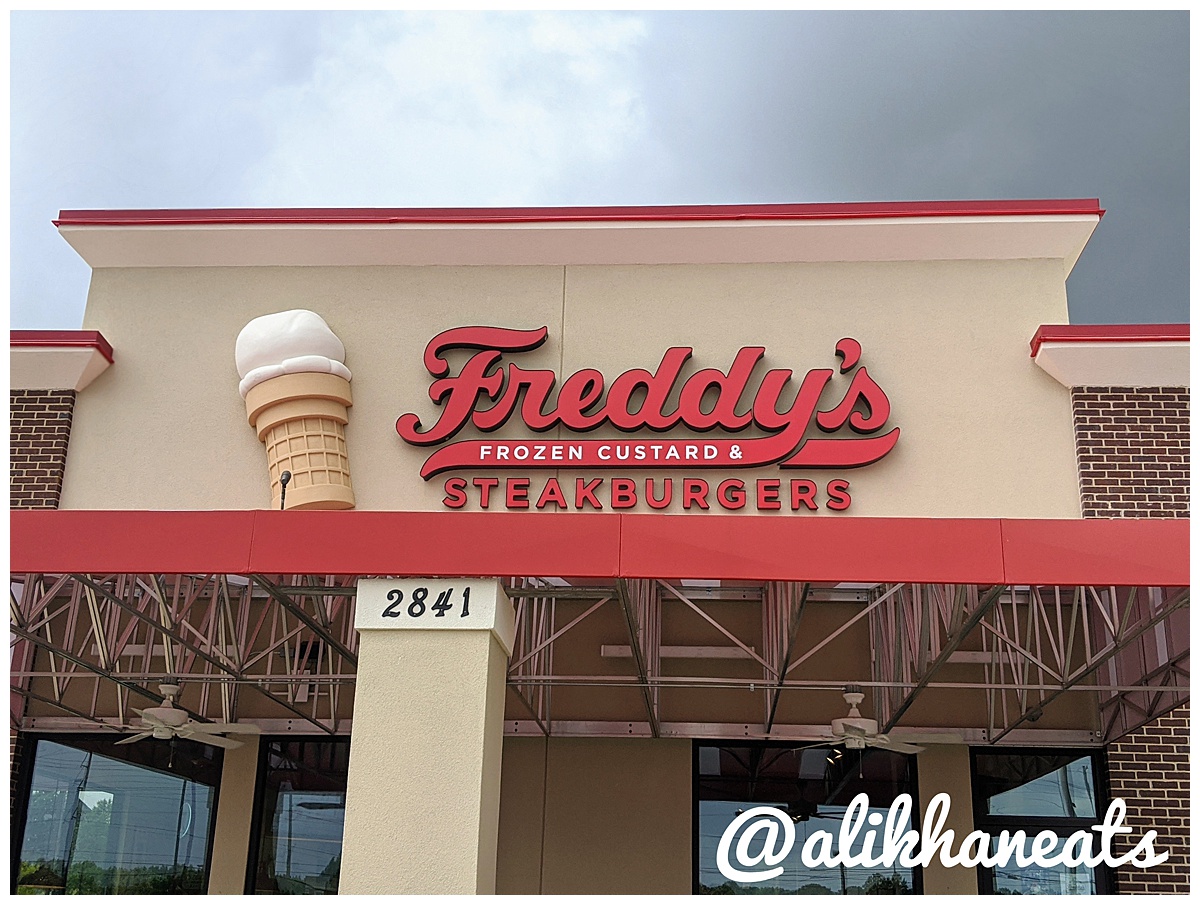 I probably first noticed Freddy’s when we drove into Texas in 2015 when we moved to Austin. I didn’t think much about it. With all the barbecue about to be had, why waste time at a burger chain? Well again, with the road trip and Covid-19 I found myself with the opportunity to take Freddy’s for a test drive. Added bonus: a Steak ‘s Shake vs Freddy’s throw down. 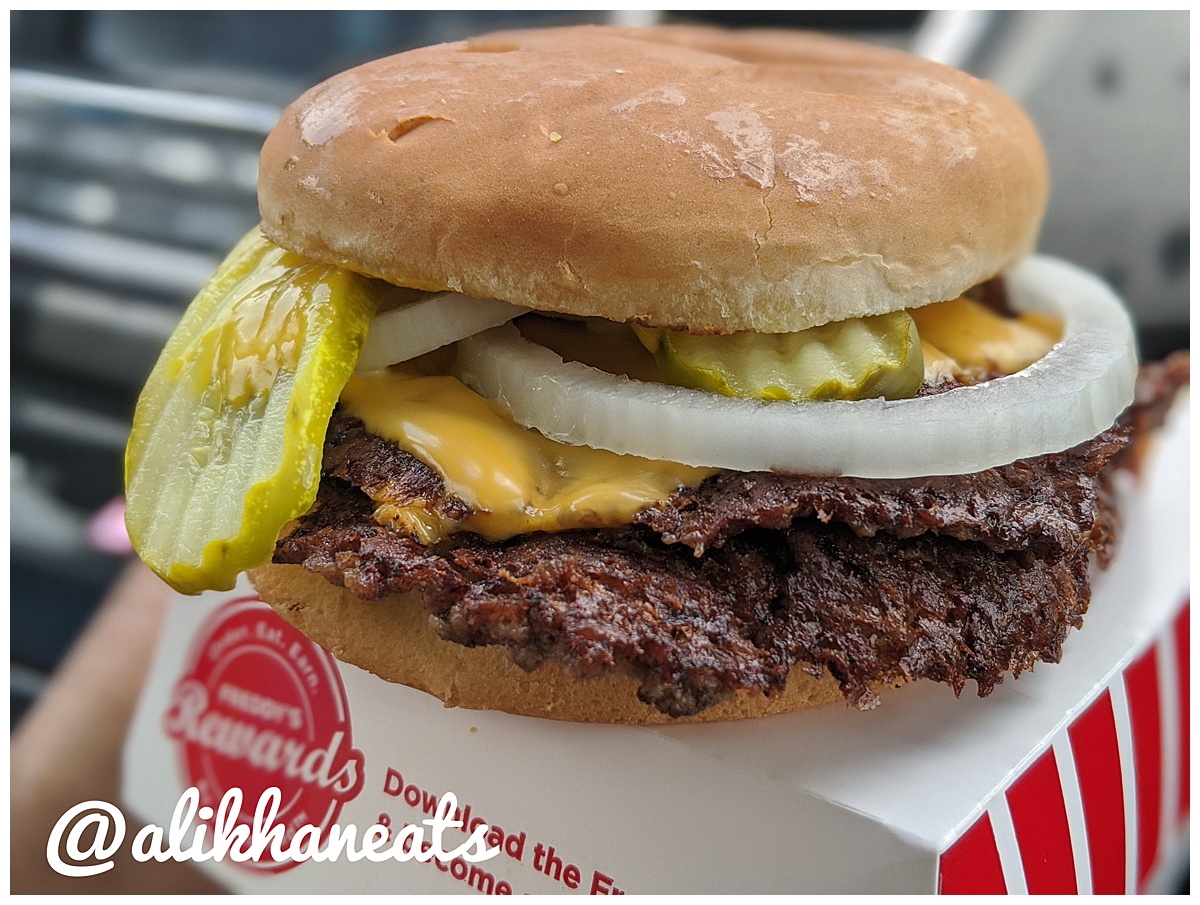 Truth be told I have had Freddy’s once before. They offer a California style burger that adds lettuce, tomato and a pink sauce into the mix. This is a nod to the In-N-Out SoCal burger style and easily something I go for. As is the case with Shake Shack, Freddy’s pink sauce falls flat when compared to In-N-Out. This time I opted for the Freddy’s classic: mustard, onion, cheese and pickle. It is indeed a beautiful burger topping combination. 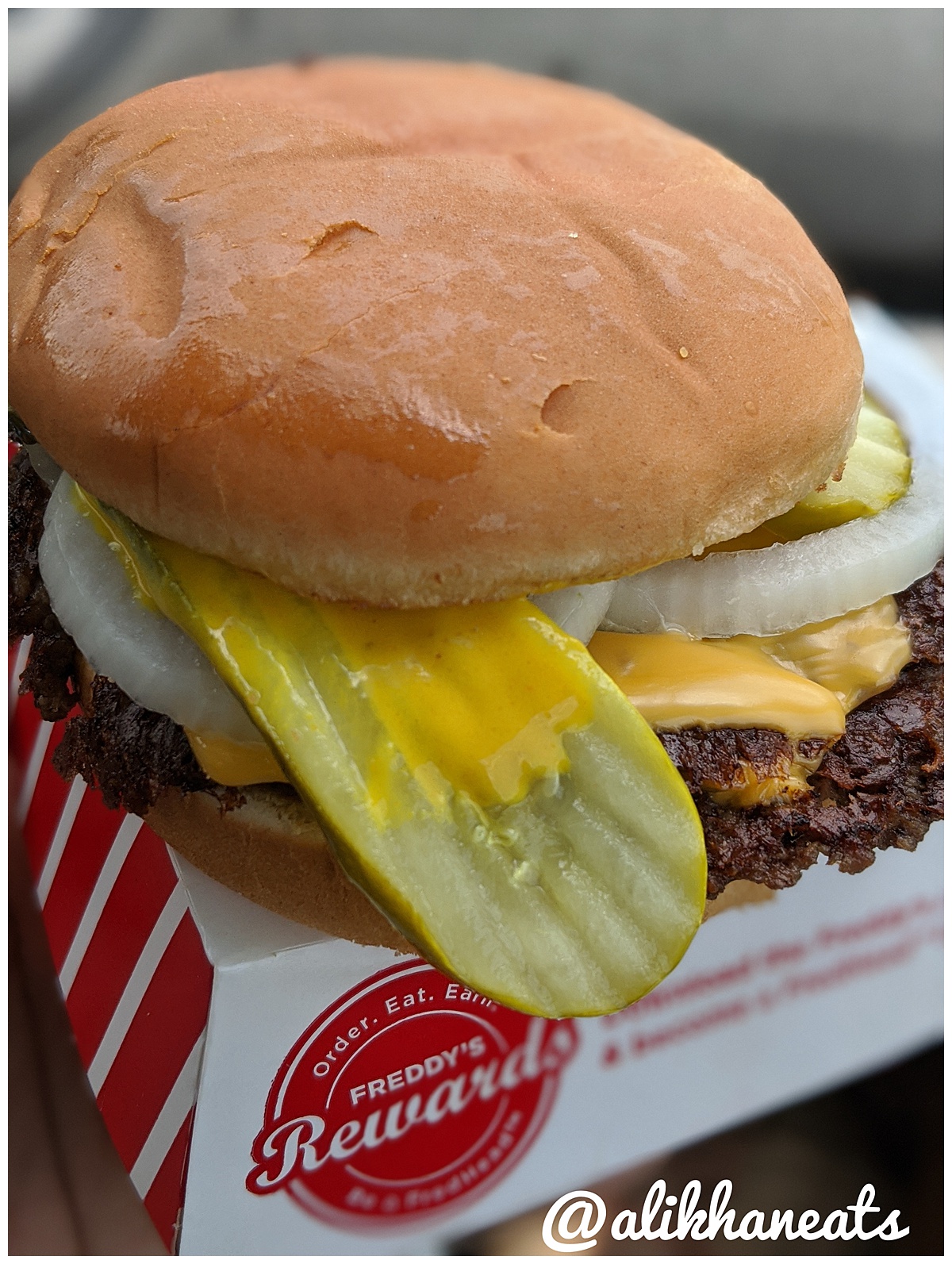 Now this is a drive thru burger on a road trip so expect a burger that appears slightly disheveled. And the pickle was far from anything close to memorable when one considers how these details excel at proper restaurants that reinvigorate the classic burger profile with carefully sourced ingredients. And yet when it comes down to Steak ‘n Shake vs Freddy’s, we have a clear winner. Freddy’s by a mile.

While a pricier burger, Freddy’s offers more of everything. Bigger patties, a far better smash/sear and hot damn that cheese, pickle, raw onion and mustard make for a compelling burger flavor profile. That is bang for your burger buck, plain and simple.

Like an ex girlfriend you can’t seem to let go, I will always have a longing for Steak ‘s Shake. And for what it’s worth when I called out Steak ‘n Shake on Instagram for the mask thing, they responded and said they would rectify the problem. So I know I will be back. But if memory serves me correctly, it will be after I get my Freddy’s fix.