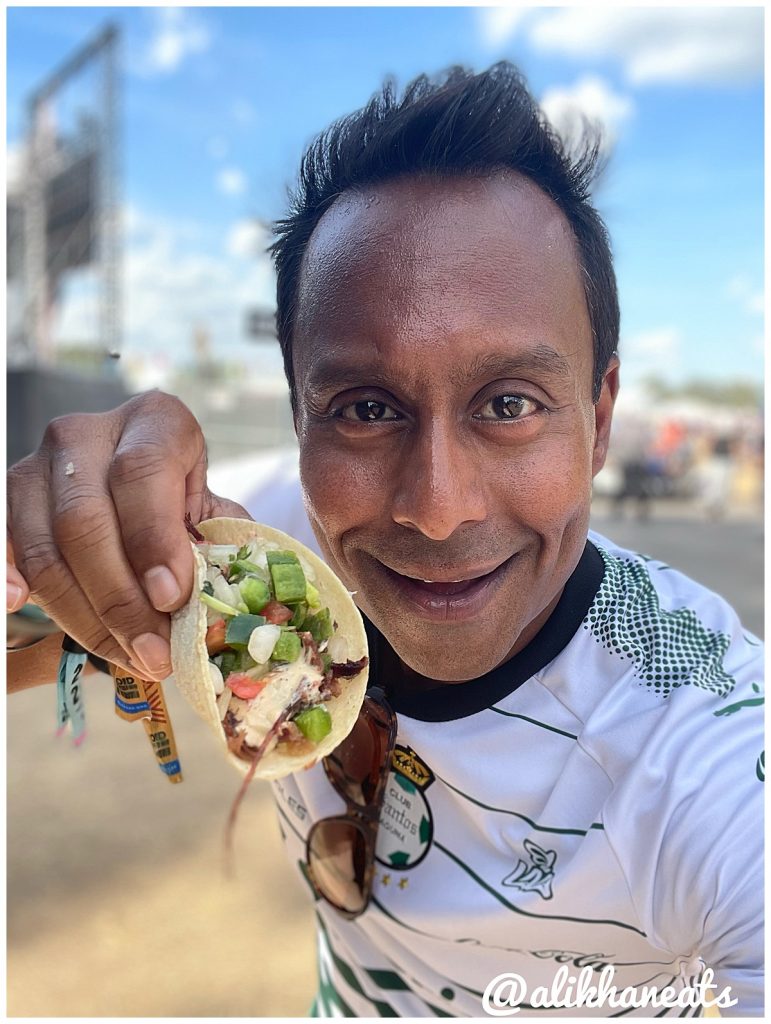 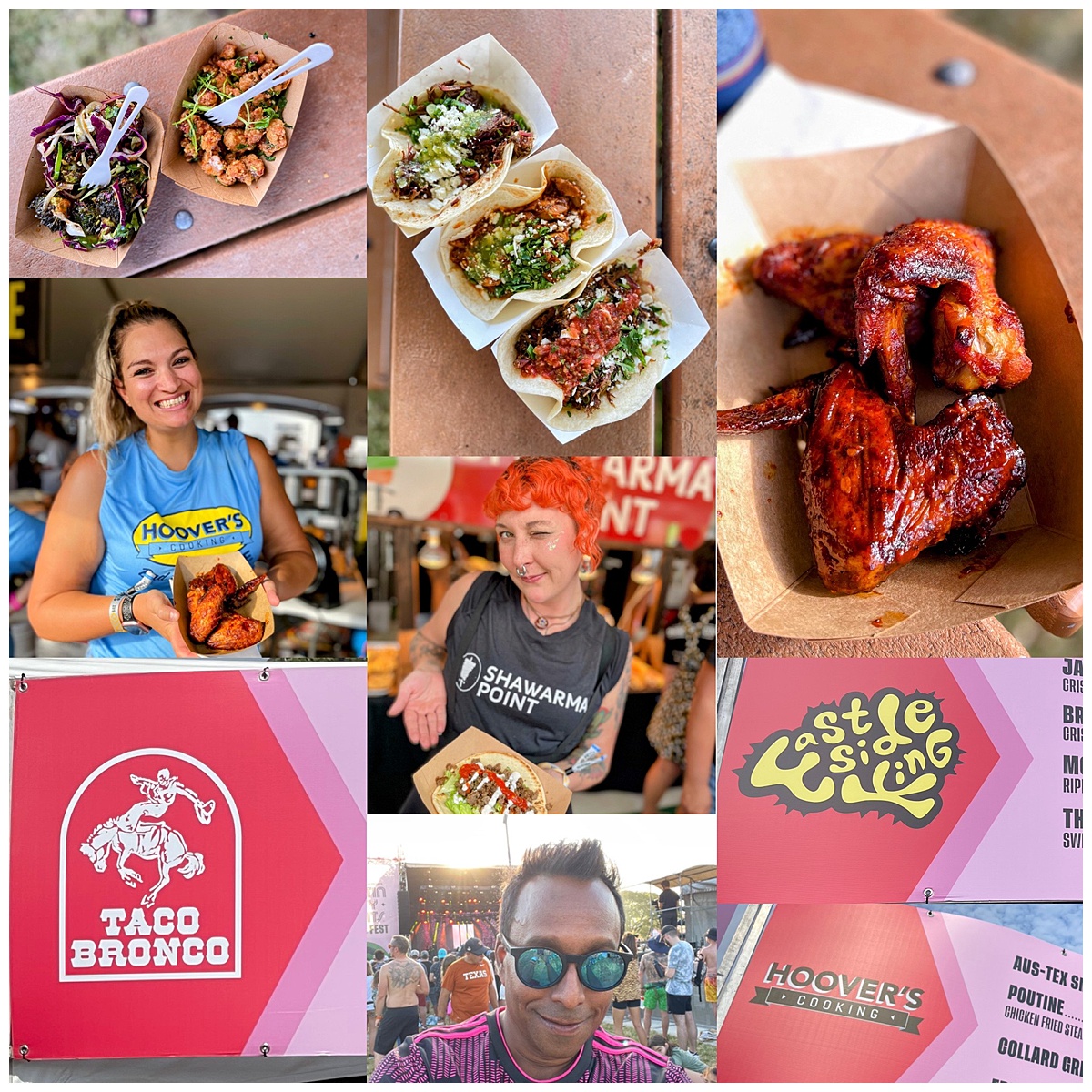 Seven years of ACL Eats means I have it down.

At this point I feel like an ACL Eats veteran with seven years under my belt. That being said, every year I something that flat out surprises me and the 2022 Austin City Limits Music Festival was no exception. Time to sink my teeth back in to what I ate during weekend one. 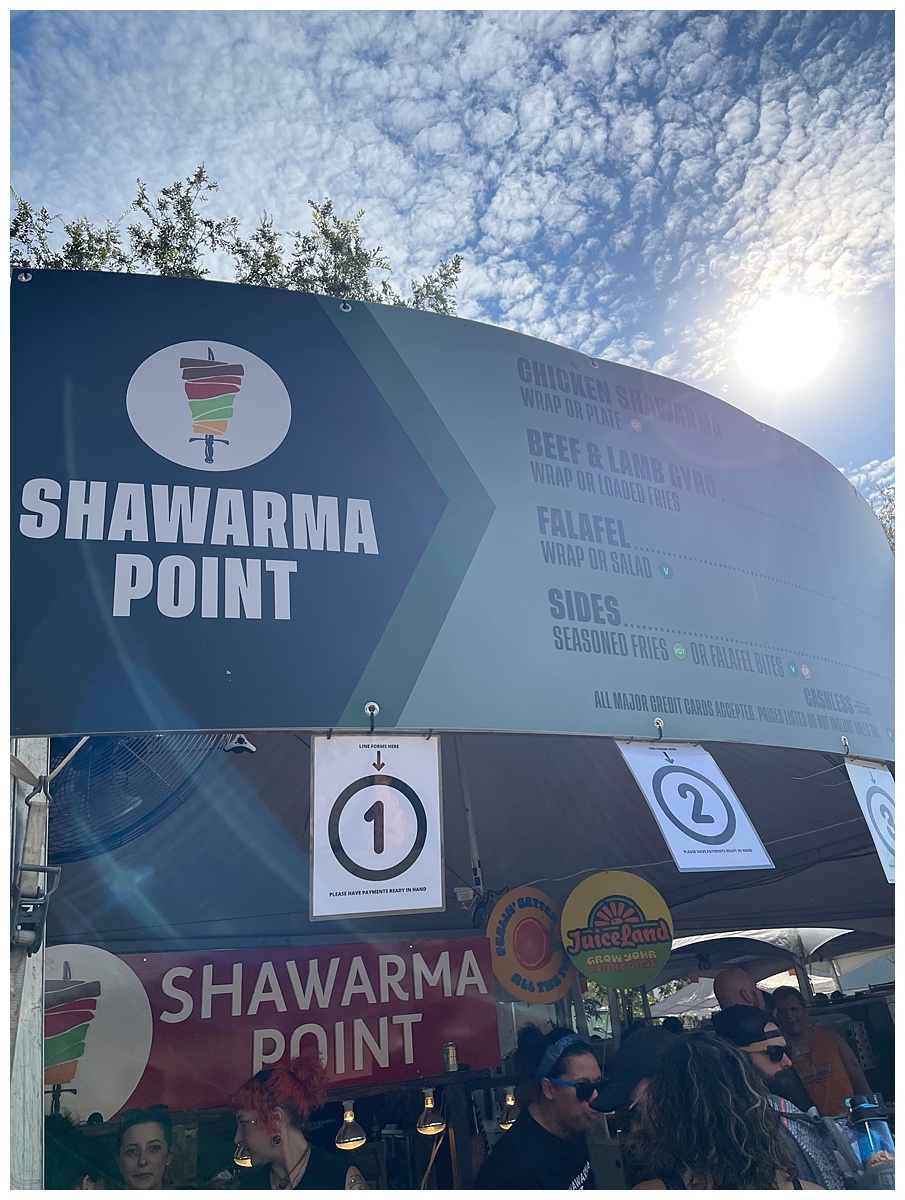 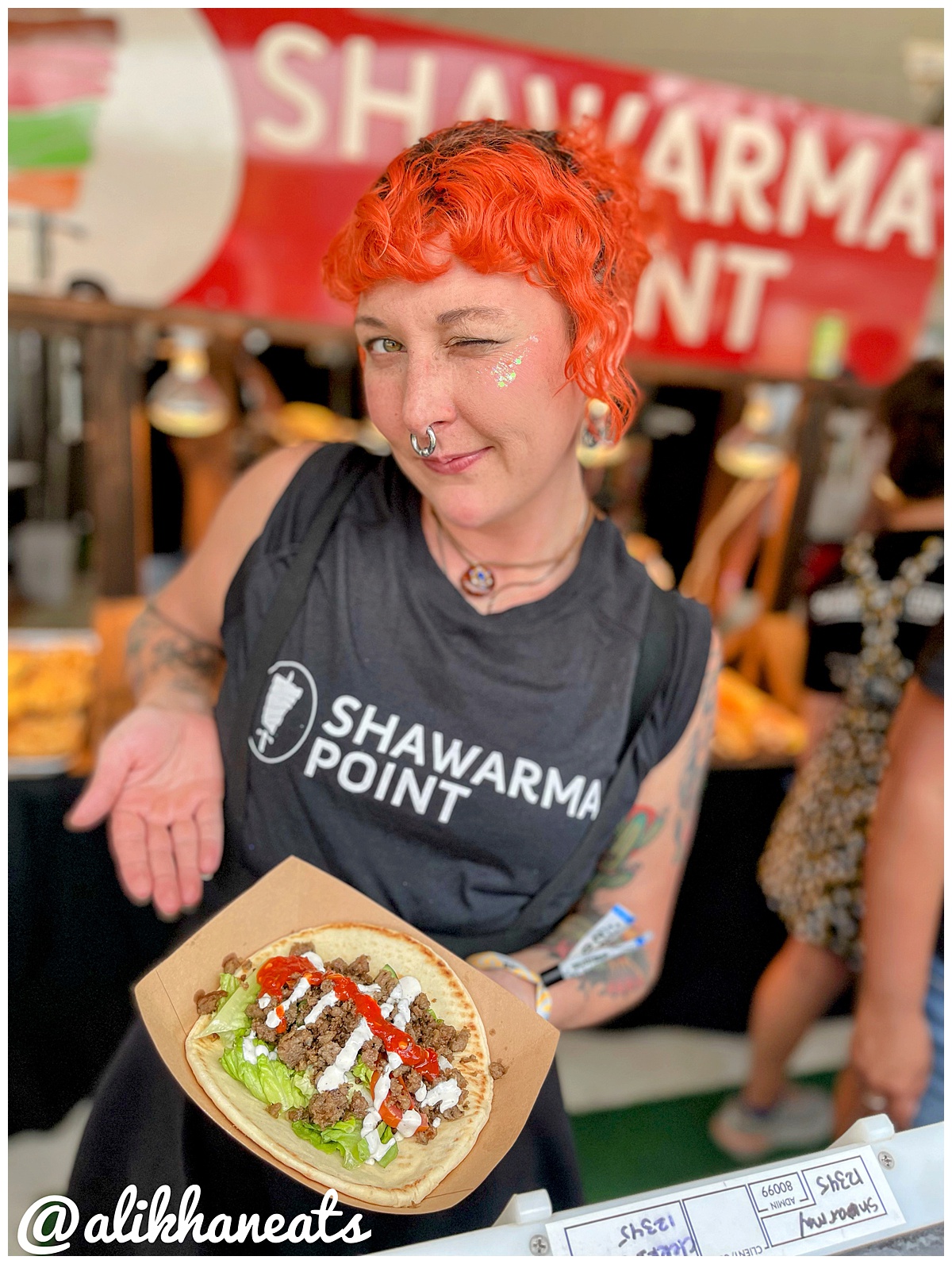 The Vitals:
the spot: Shawarma Point multiple locations in Austin // @ACL Eats Main Food Court
the eats: Gyro
the bucks: $15
the full nelson: one of my fave ACL Eats

Last year it dawned on me that gyro/shawarma and copious amounts of beer = a good time. Shawarma Point has continued to stay on point during my runs at ACL Eats. I might say the shawarma was a touch off this year but that could have been me taking my sweet time during the photo sessions vs just digging right in. As always the pita was warm and buttery but the minced lamb beef mix felt a touch off. Still, you’re gonna get a full belly of spiced meat bliss. And what’s not to love about that? 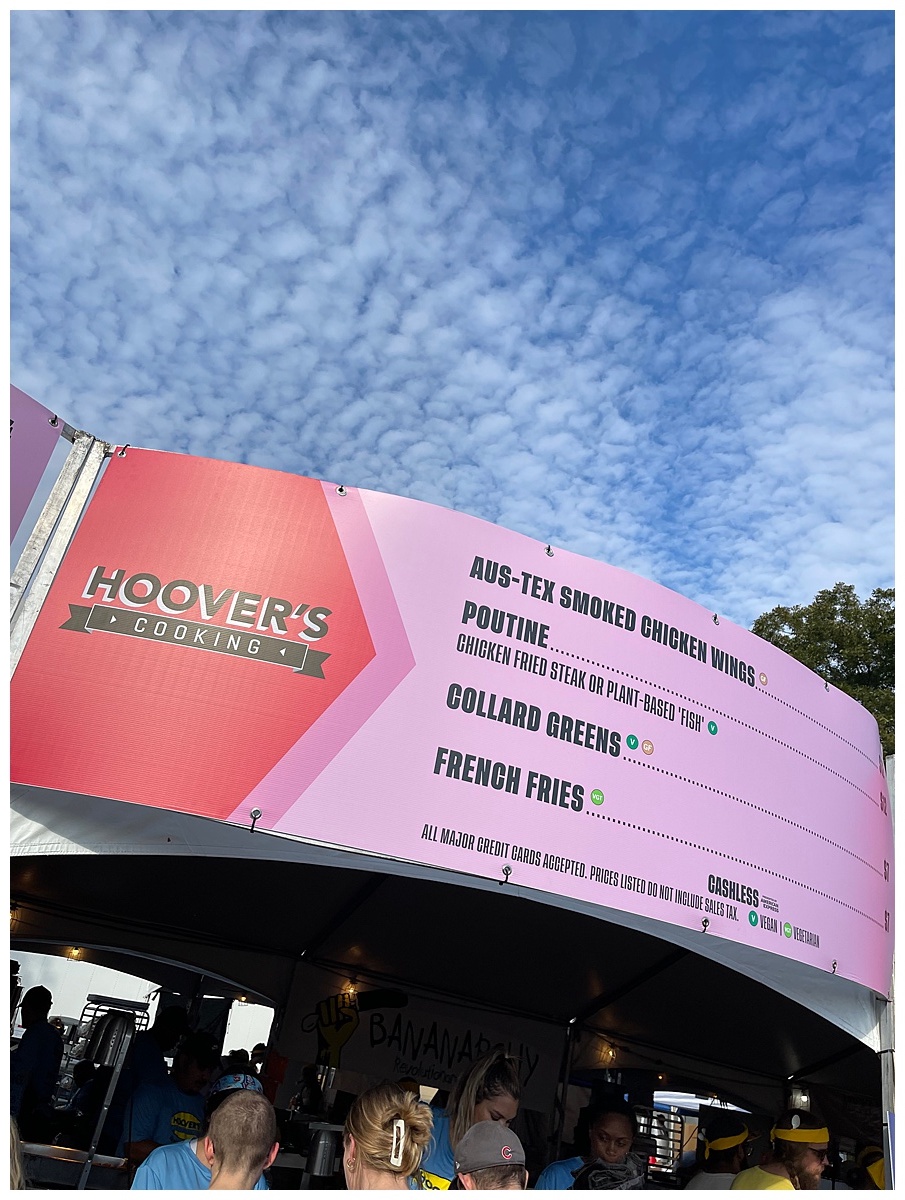 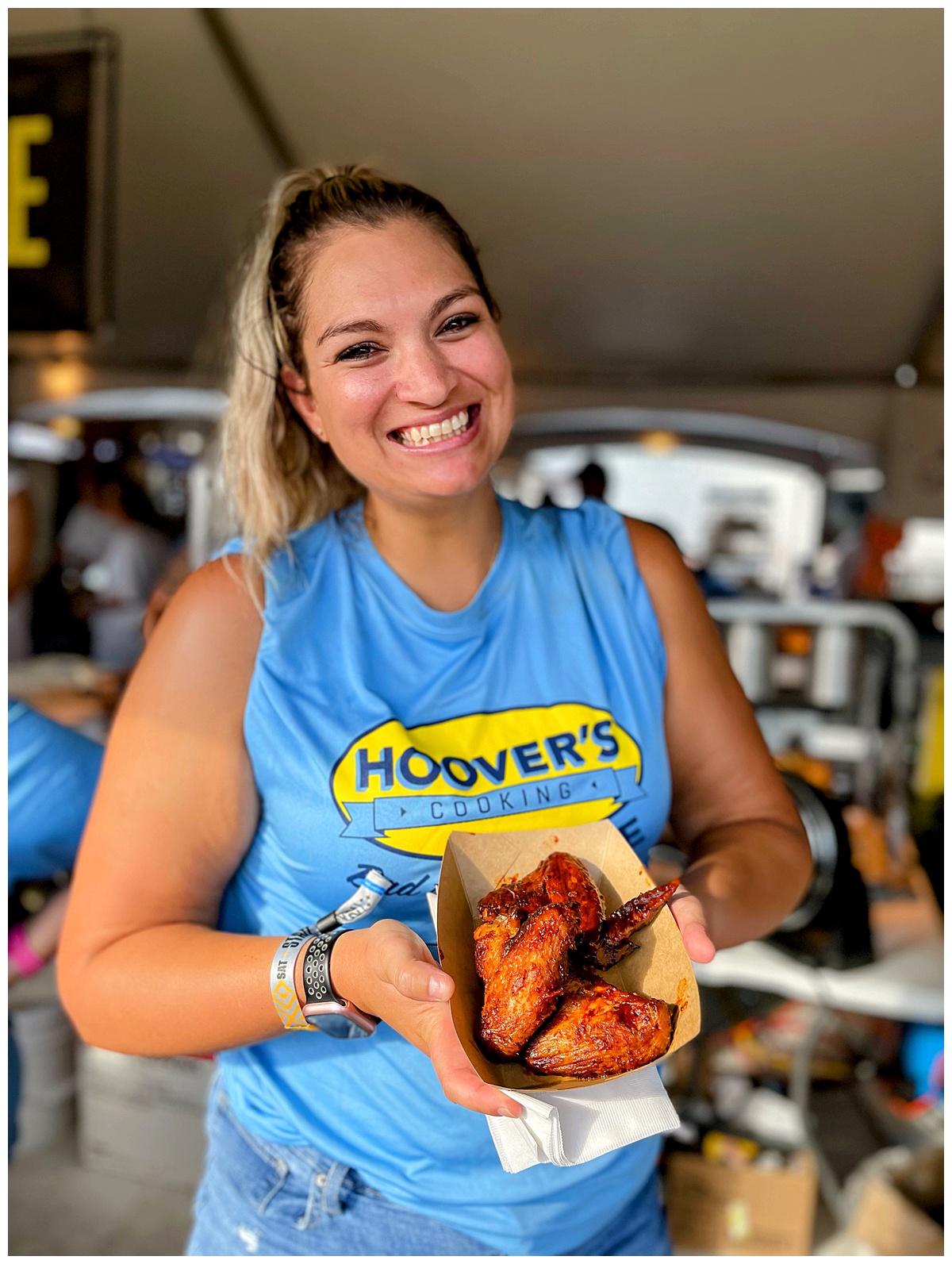 On a whim I went for the wings and they were so good I might have to go back to Hoover’s Cooking for weekend two of Austin City Limits Music Festival. A perfect combo of smokey and spicy, these wings were downright special. Hoover’s Cooking has been an East Austin mainstay long before the gentrifiers(like myself) arrived. Might need to start going to their brick and mortar location just for the wings. 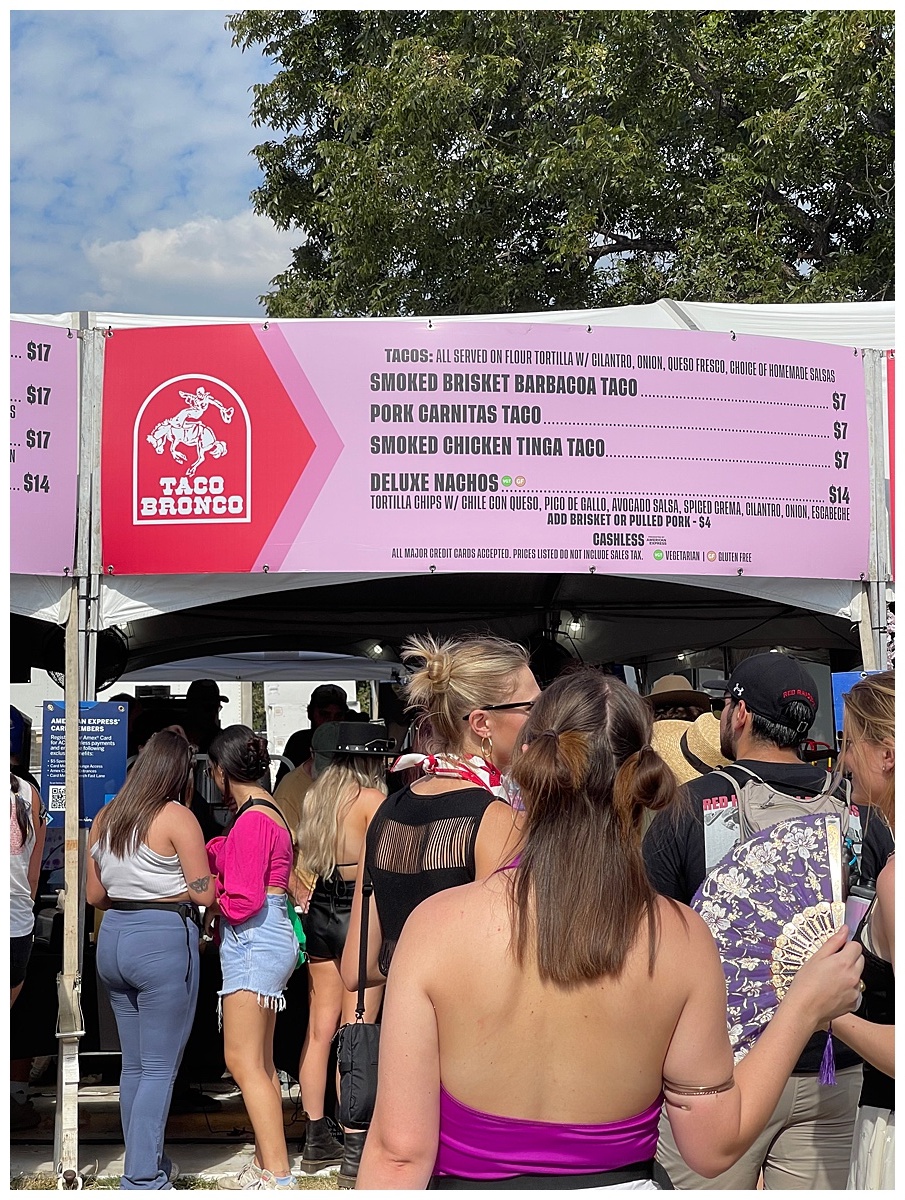 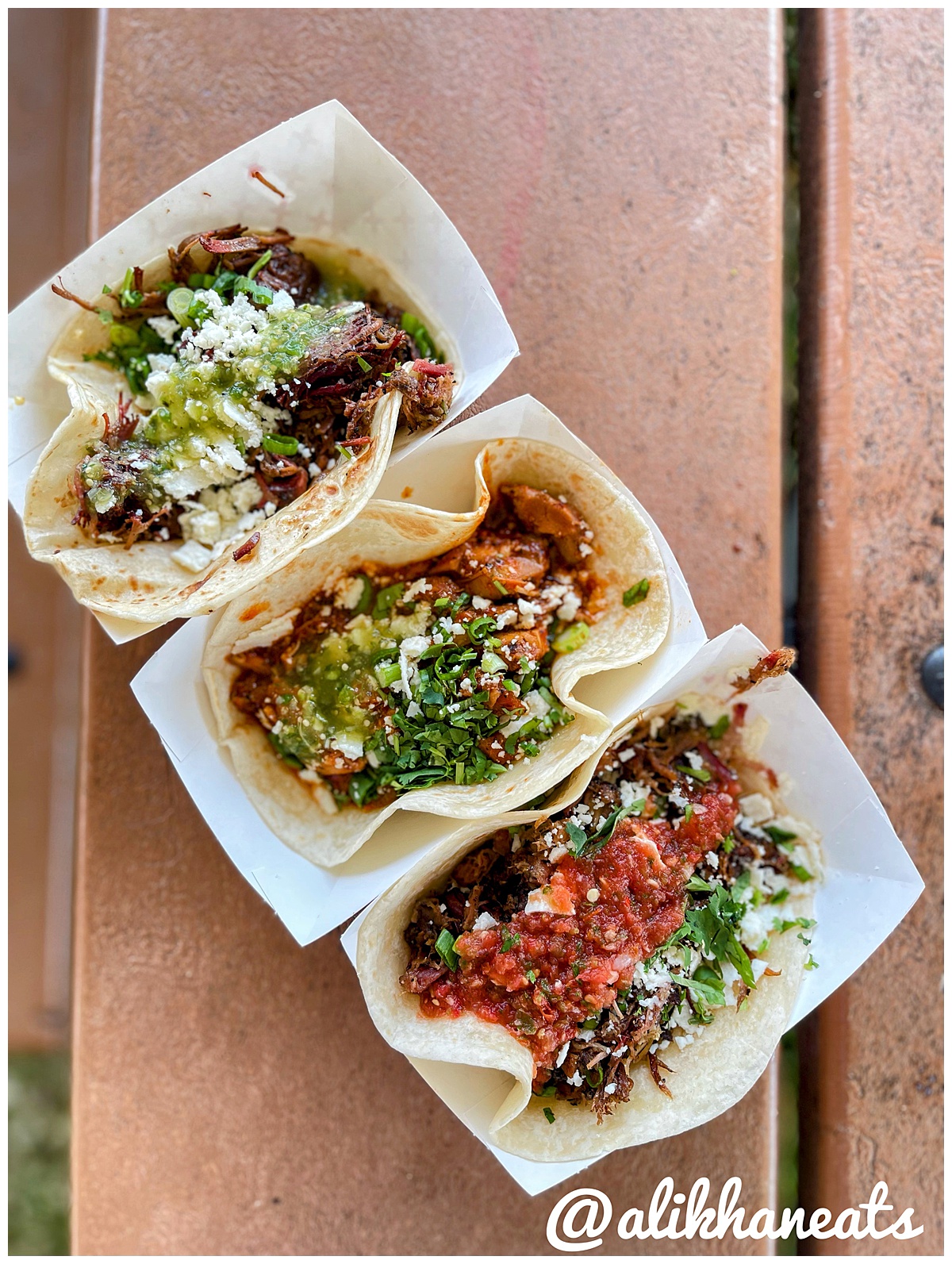 Ever since I first tried Taco Bronco in early 2020. it has been one of my favorite restaurants in Austin. As great as craft Texas BBQ is, putting it in a tortilla makes it even better. Valentina’s TexMex BBQ has been doing this for years, but I say the more, the merrier. We test drove one of each taco: Chicken Tinga, Smoked Carnitas and the Brisket. All were good but the Brisket took our breath away. Pro tip: stick with the green salsa. 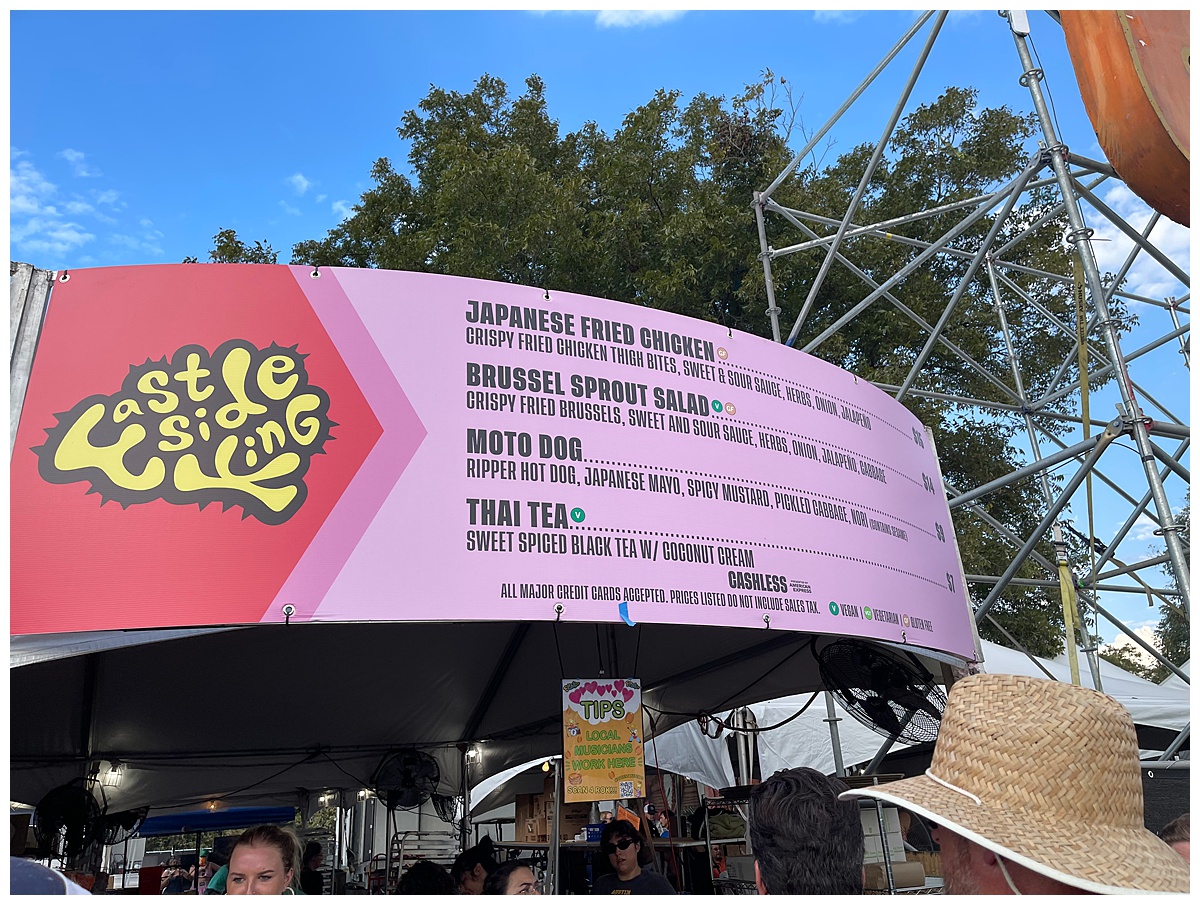 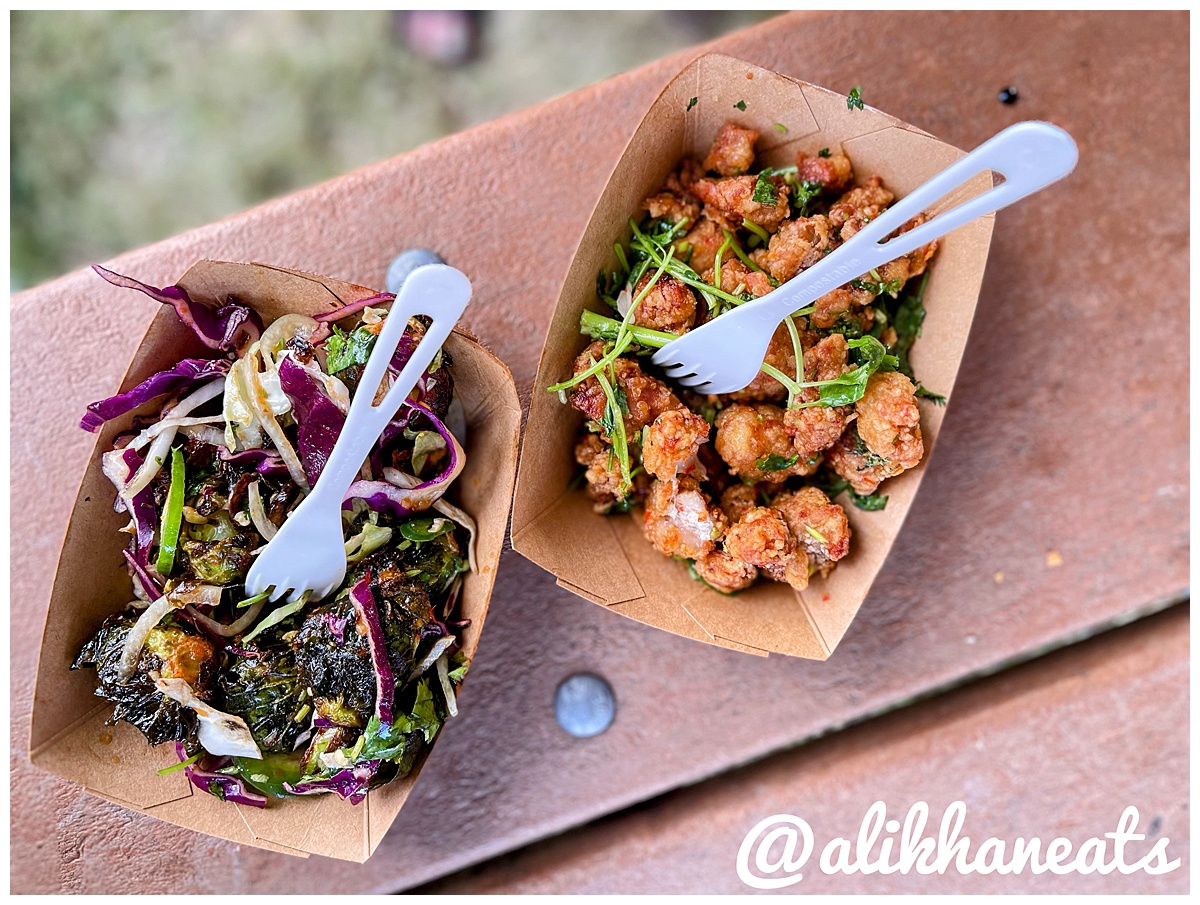 East Side King has been a solid fav of mine at ACL Eats for some time now. The creation of controversial chef Paul Qui has somehow endured despite his fall from grace and a changing narrative around what is considered acceptable behavior in the restaurant industry. That might explain how good these brussel sprouts are . . . an unlikely rock star but believe me, this vegan dish has true star power. I met a couple that ate East Side King’s fried chicken four times over during weekend one of ACL. I wouldn’t go that far, but this is a solid one-two punch of festival food.

So which bite sent me over the moon? 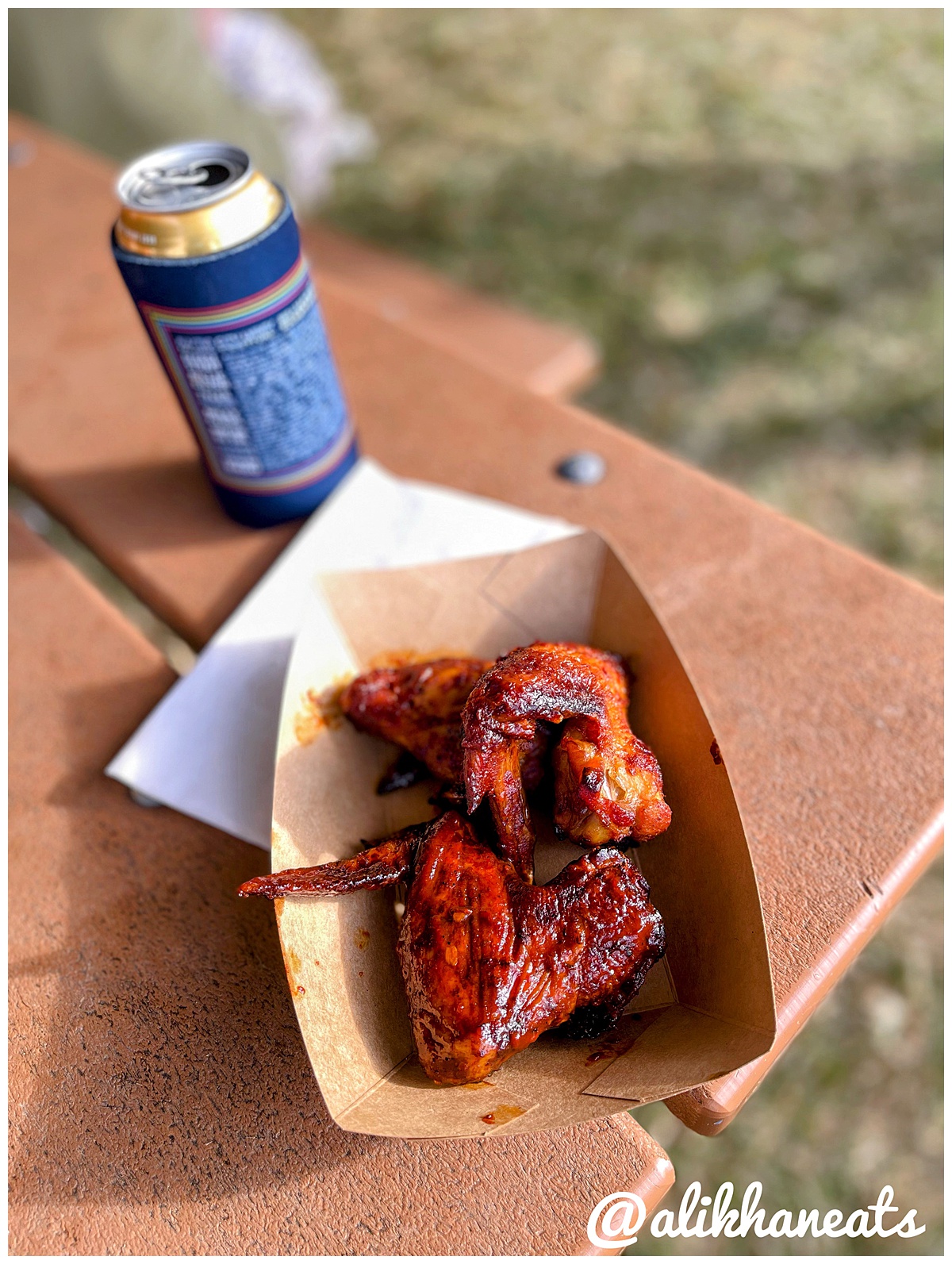 The wings from Hoover’s Cooking

Believe. These wings were truly special and took me for a surprise left hook that sent me reeling into the ropes. I’m punch drunk in love with these wings and I will be getting them again next weekend. Yes, this is just a fraction of what’s at ACL Eats so stay tuned for bite worthy exploits.