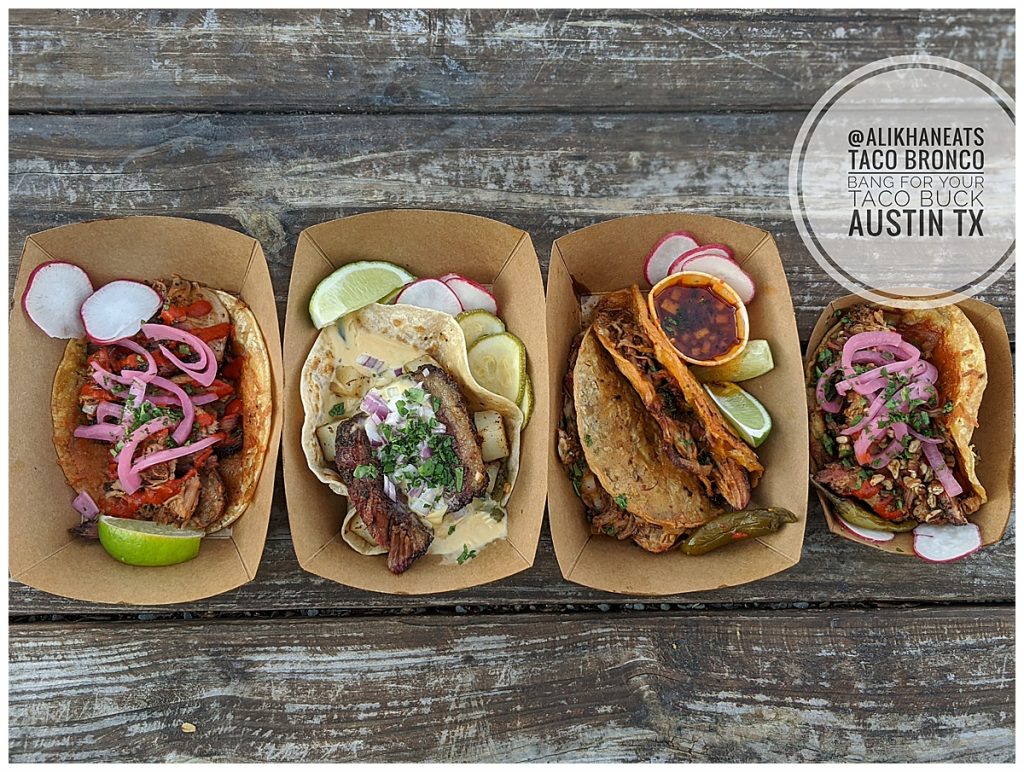 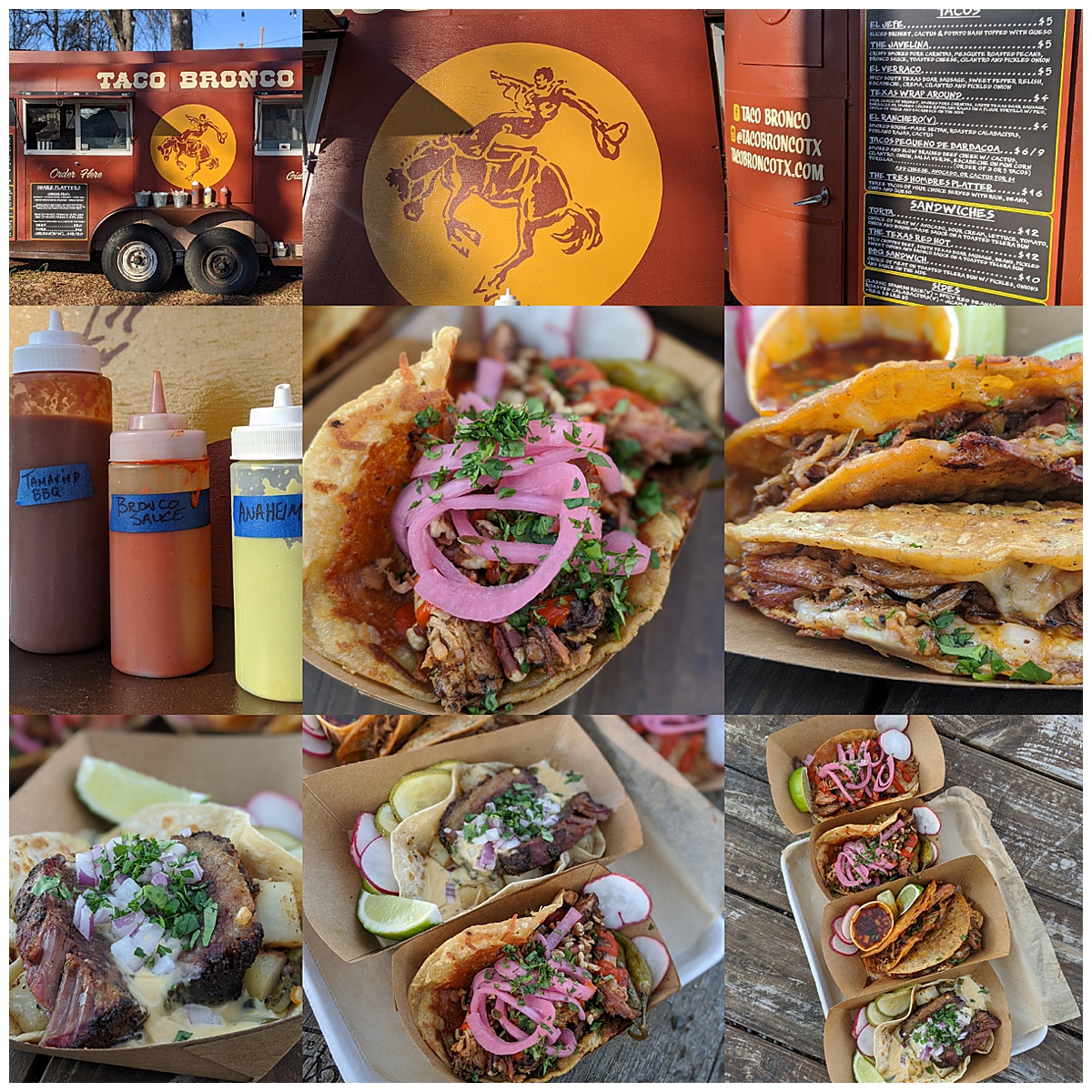 Austin isn’t exactly a two horse town when it comes to food. Sure, there are plenty of farm to table special occasion meals, some ridiculously good burgers, and some of the best soup dumplings I have ever had but if you came here and just stuck to barbecue and tacos, you would cover a lot of delicious ground.

So imagine then what happens if tacos and barbecue get into a tussle? When the dust settles, what emerges is a hand held, no napkins necessary(almost), smoked meat experience. Welcome to a taco new wave. Giddy-up my friends, you are about to jump on the Taco Bronco Chuck Wagon. 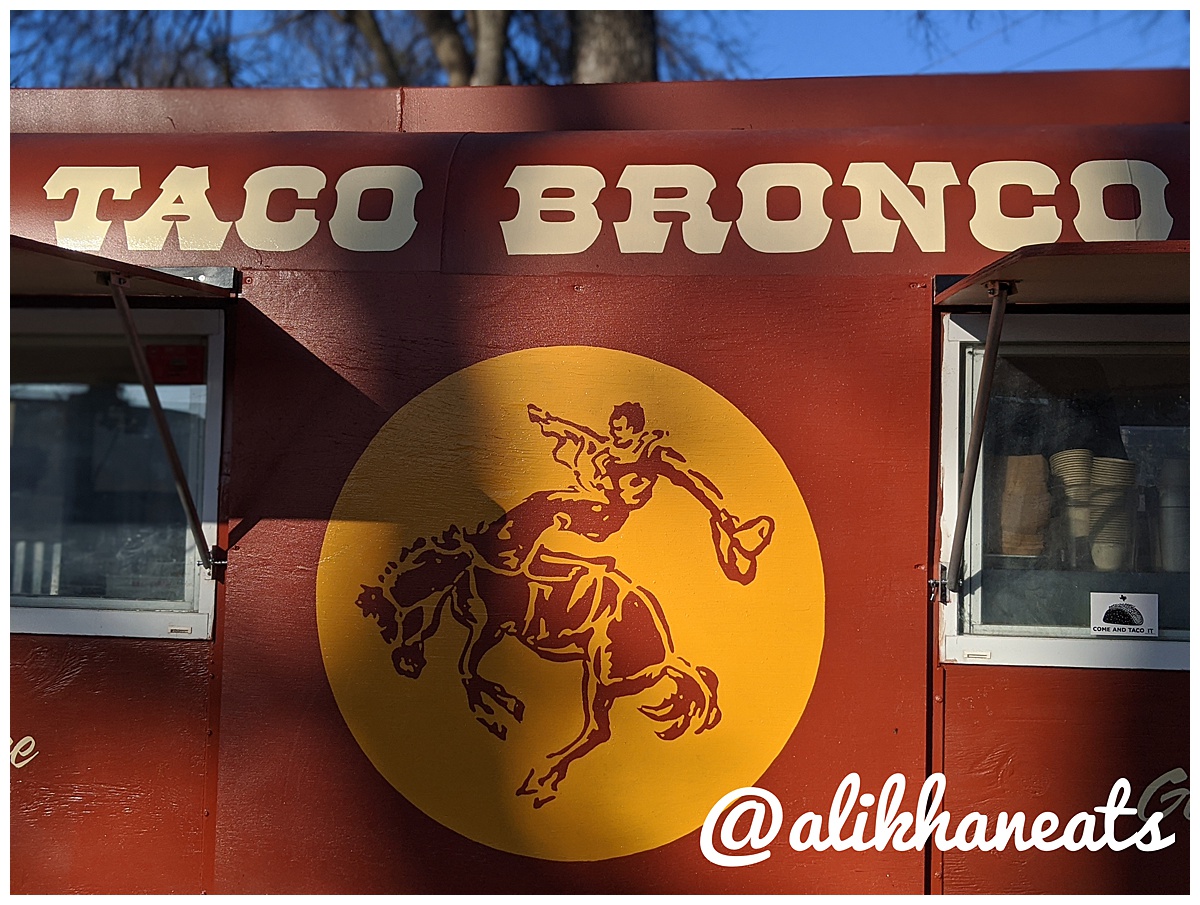 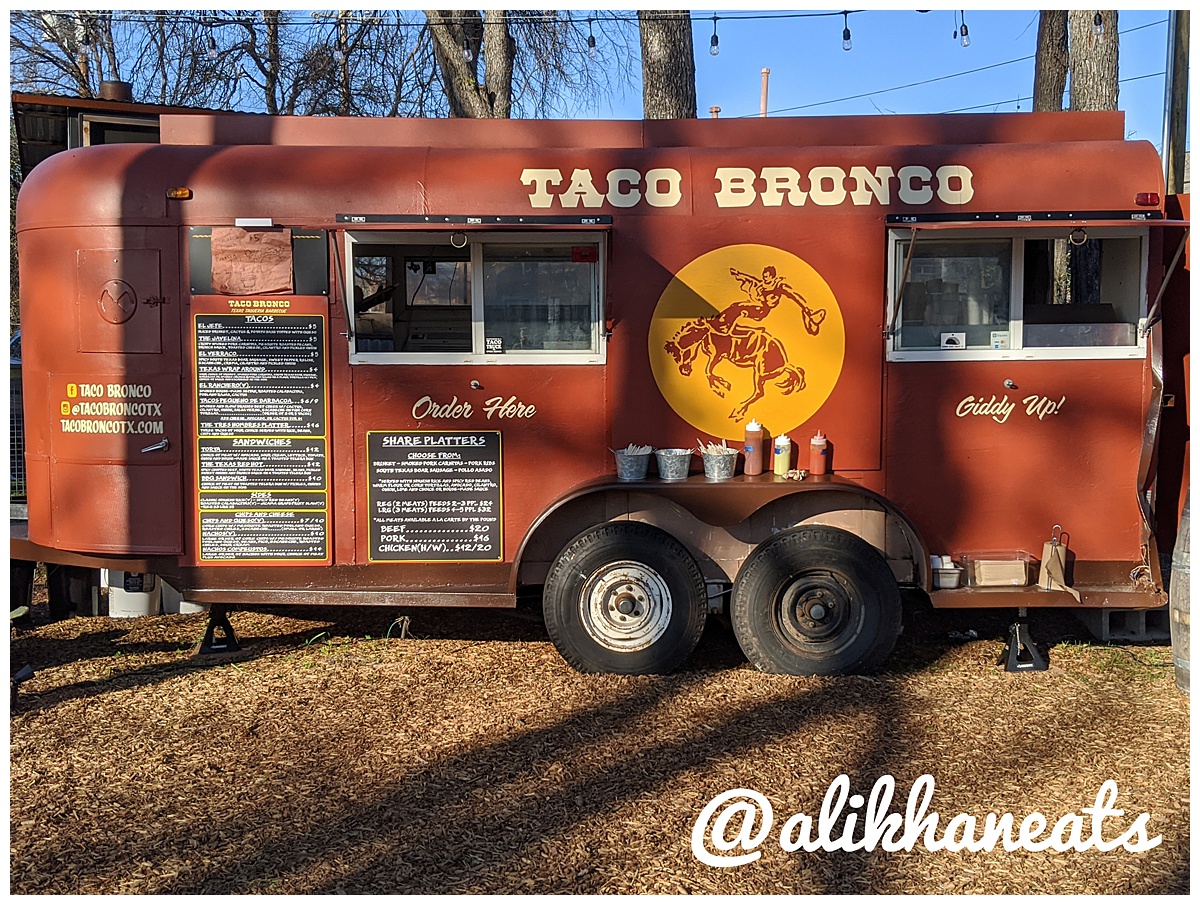 Taco Bronco gallops onto the Austin taco scene with serious smoked meat credentials from sister operation Micklethwait Craft Meats. Micklethwait has been one of my favorite barbecue spots in Austin, offering less of a line than high profile spots like Franklin and La Barbecue and it’s like a freakin’ mile from my house. When I heard they were getting into the taco game, I began salivating at what the menu would entail. Drool worthy it certainly is. 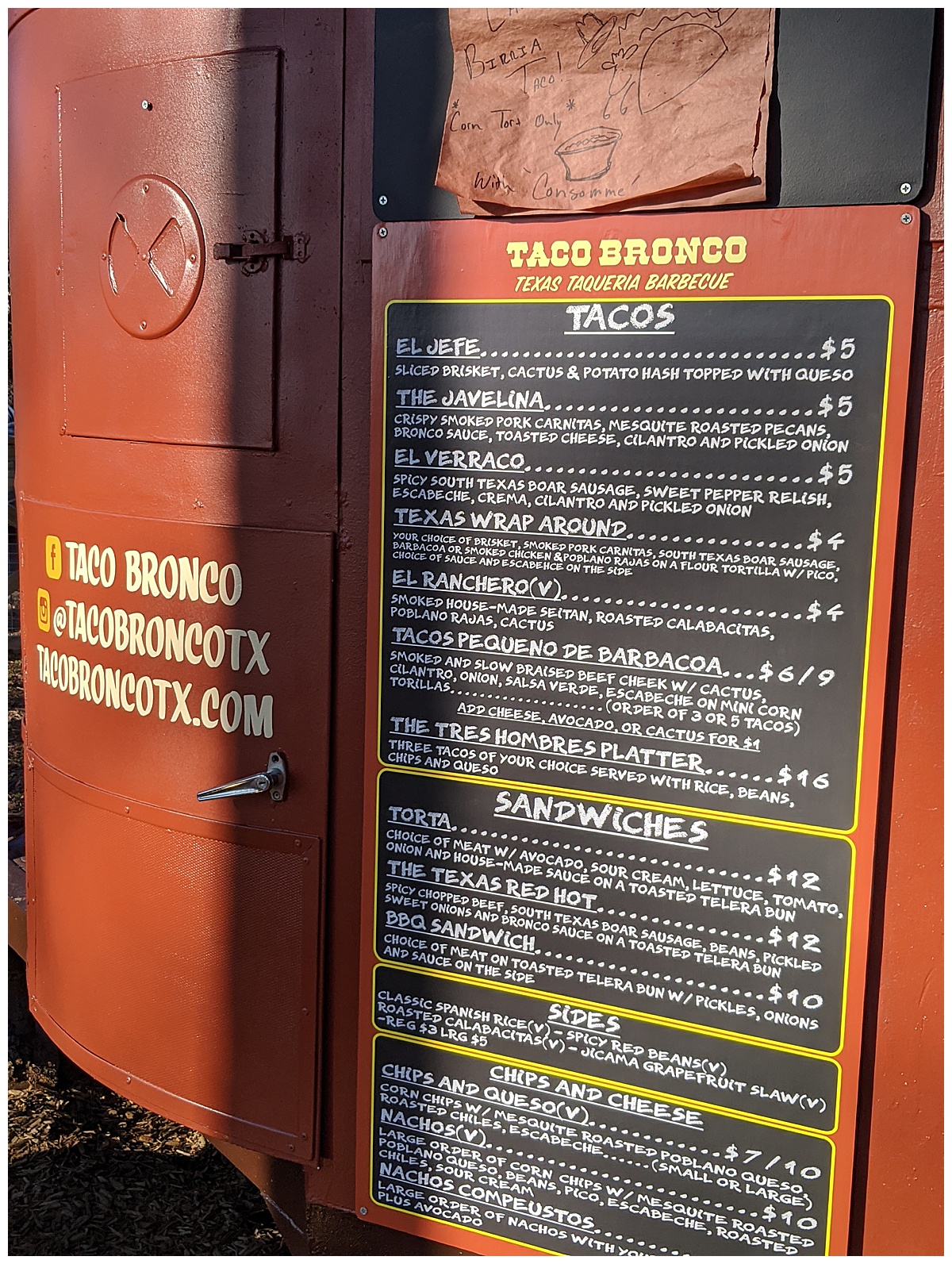 Familiar taco fare like carnitas and barbacoa get a true Texas Pit Master’s treatment. The El Varraco drops  a whole link sausage in a tortilla. Between the rice, beans and nachos, you’re a margarita away from being at a Mexican restaurant. And I haven’t even dipped into the torta/sandwich section of the menu. You kinda don’t have to because these tacos are heavy hitters as much as they are lookers. 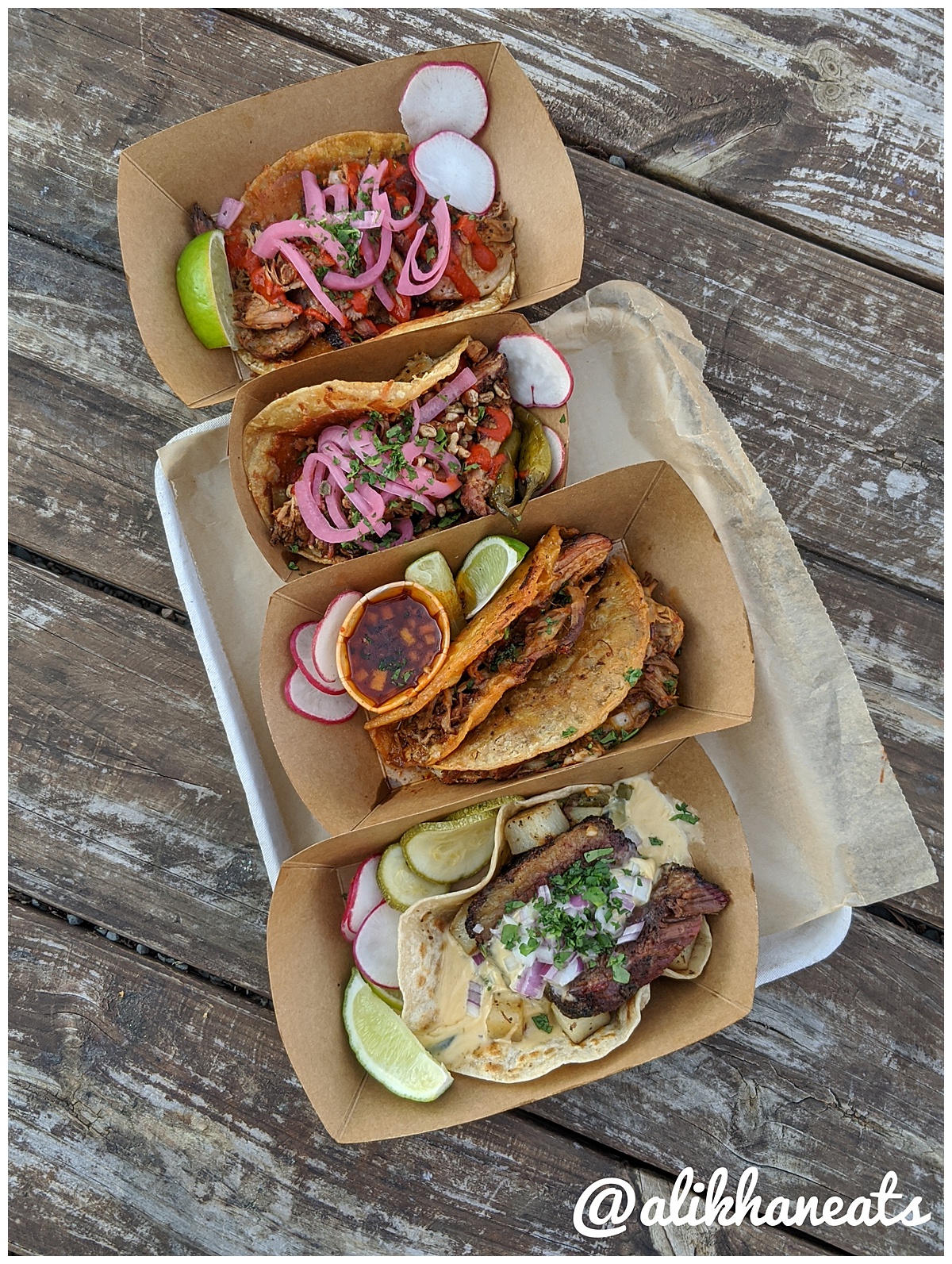 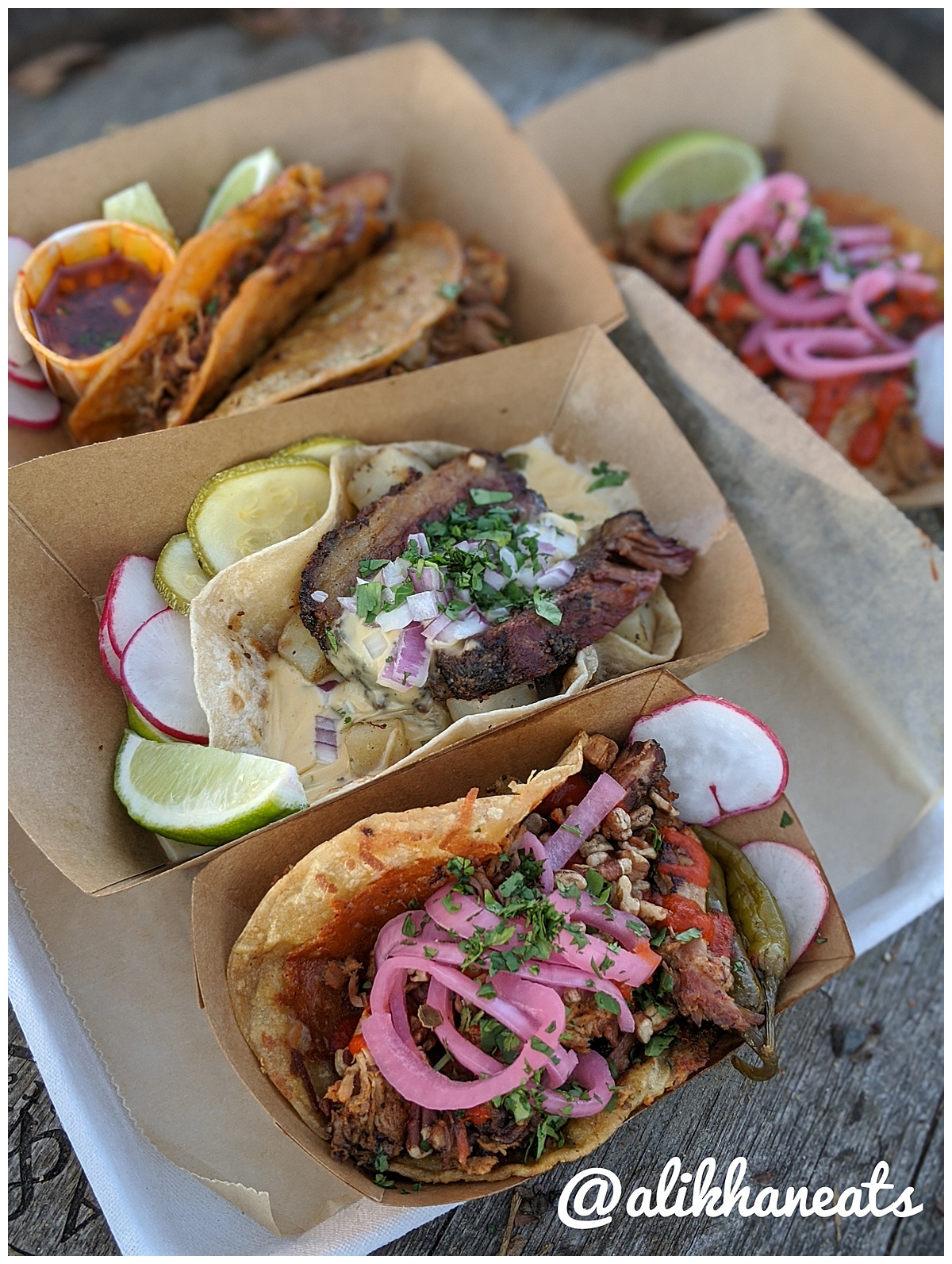 Featured above are two Javelina tacos(topped with the pickled red onions), The El Jefe(brisket with potatoes and queso) and the special of the day: lamb birria. The birria, like the barbacoa are on the smaller side but that is more a reflection of the sheer size of the other tacos. What you see up here ran me a total of $21, easily enough for two people, maybe three if you carve up the tacos. 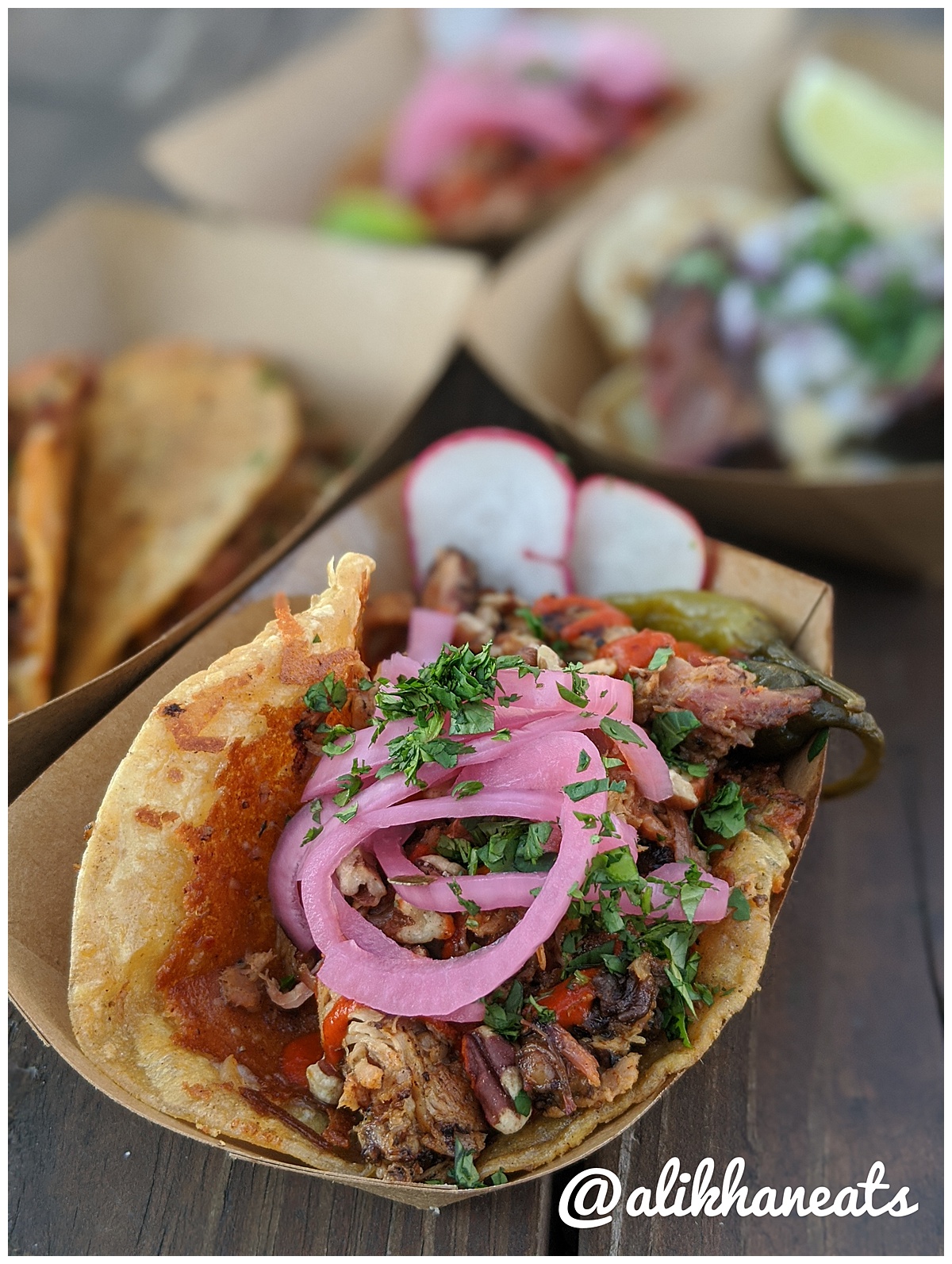 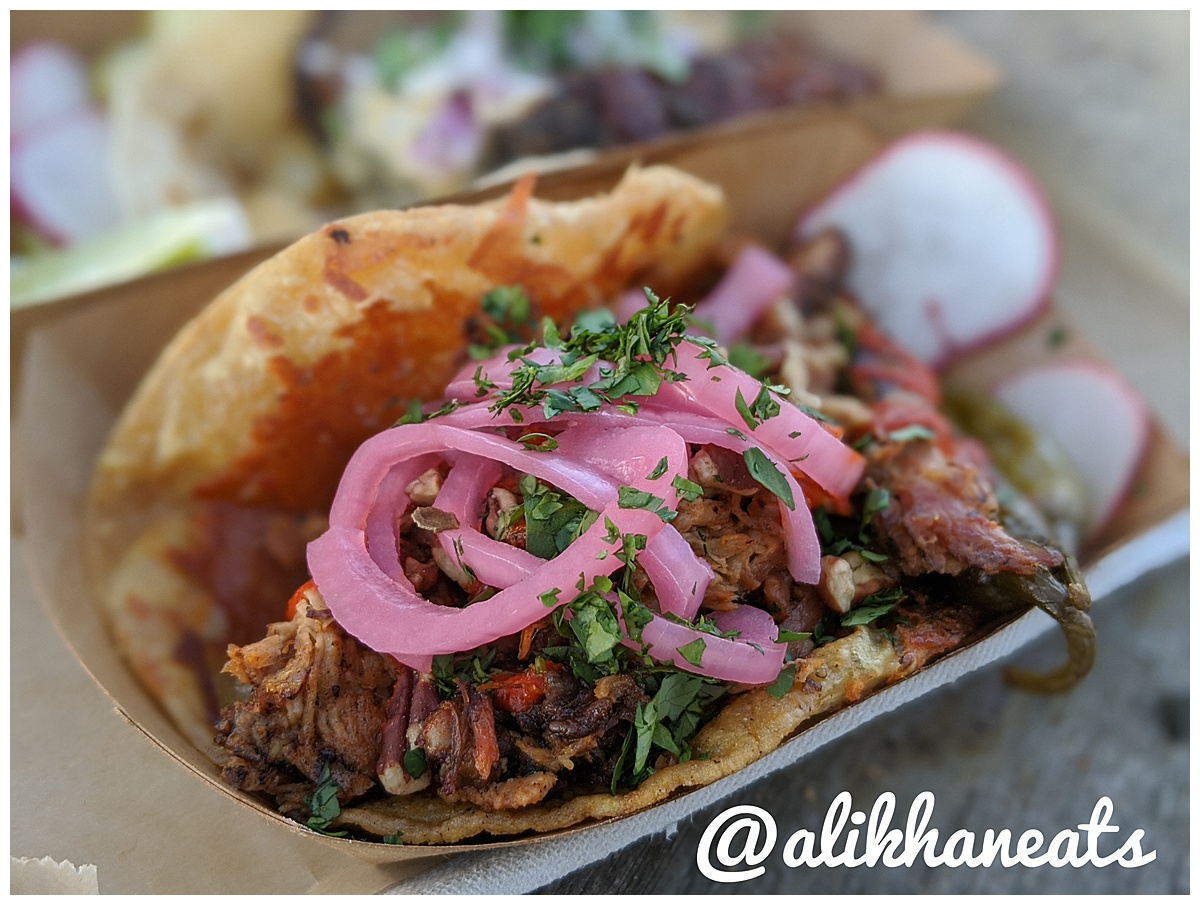 The Javelina taco is probably the first taco you might decide to order. Trust your instincts. I don’t think Austin is much of a carnitas town but somehow barbecue makes an exception. Though it’s billed as pulled hog, the fine swine at Leroy and Lewis is very carnitas like, so damn juicy and savory. Taco Bronco’s is just as fulfilling and you get to play with some of their fine salsas too. 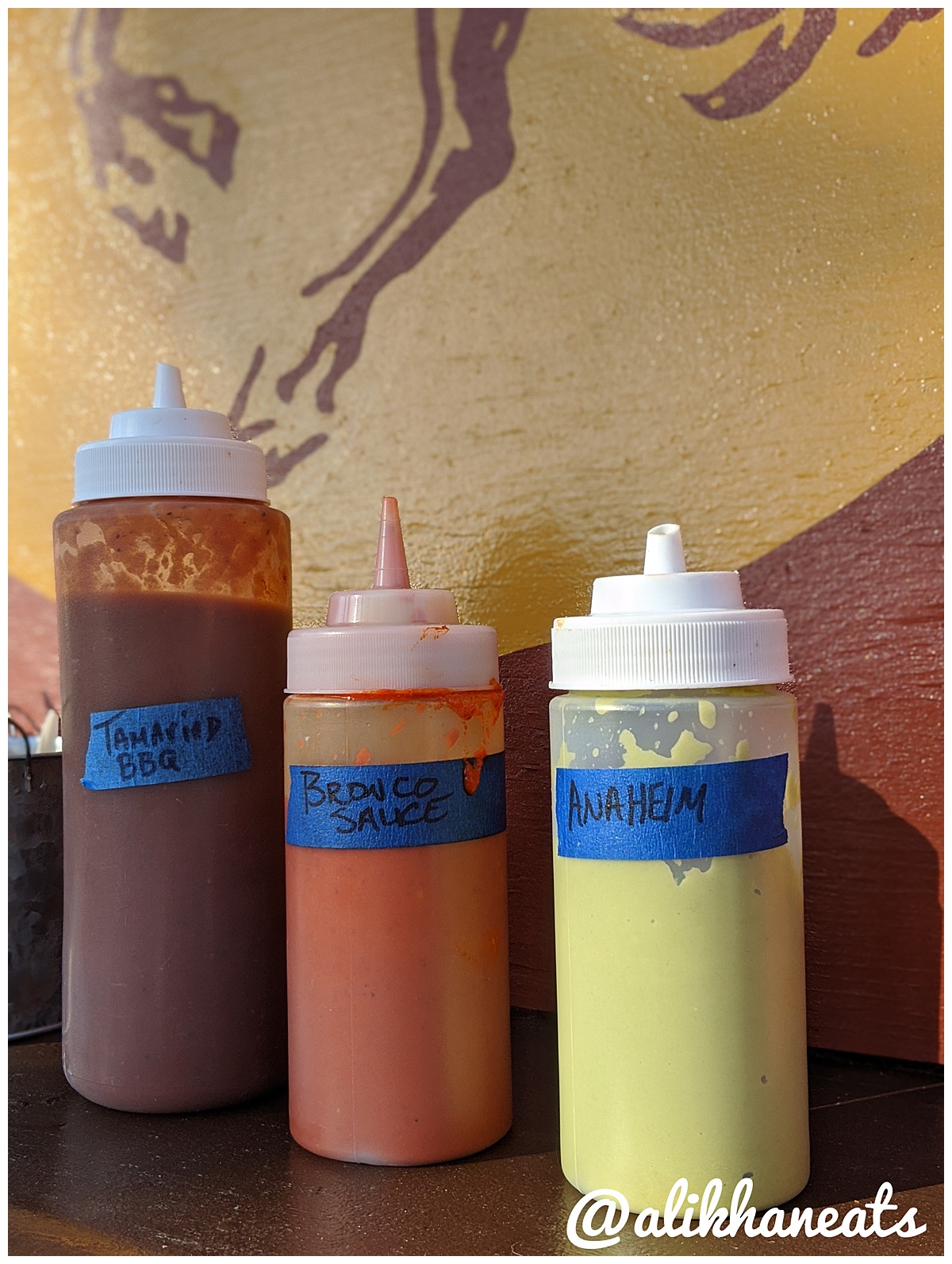 The Bronco sauce has a serious vinegar kick and locals might recognize the green sauce as a clone of Taco Deli’s salsa doña. Imitation is the greatest form of flattery. I happen to clone the Taco Deli stuff too. I never thought about using Anaheim’s though, which is part of the Taco Bronco play book. It goes well with the carnitas taco but it was made for this taco. 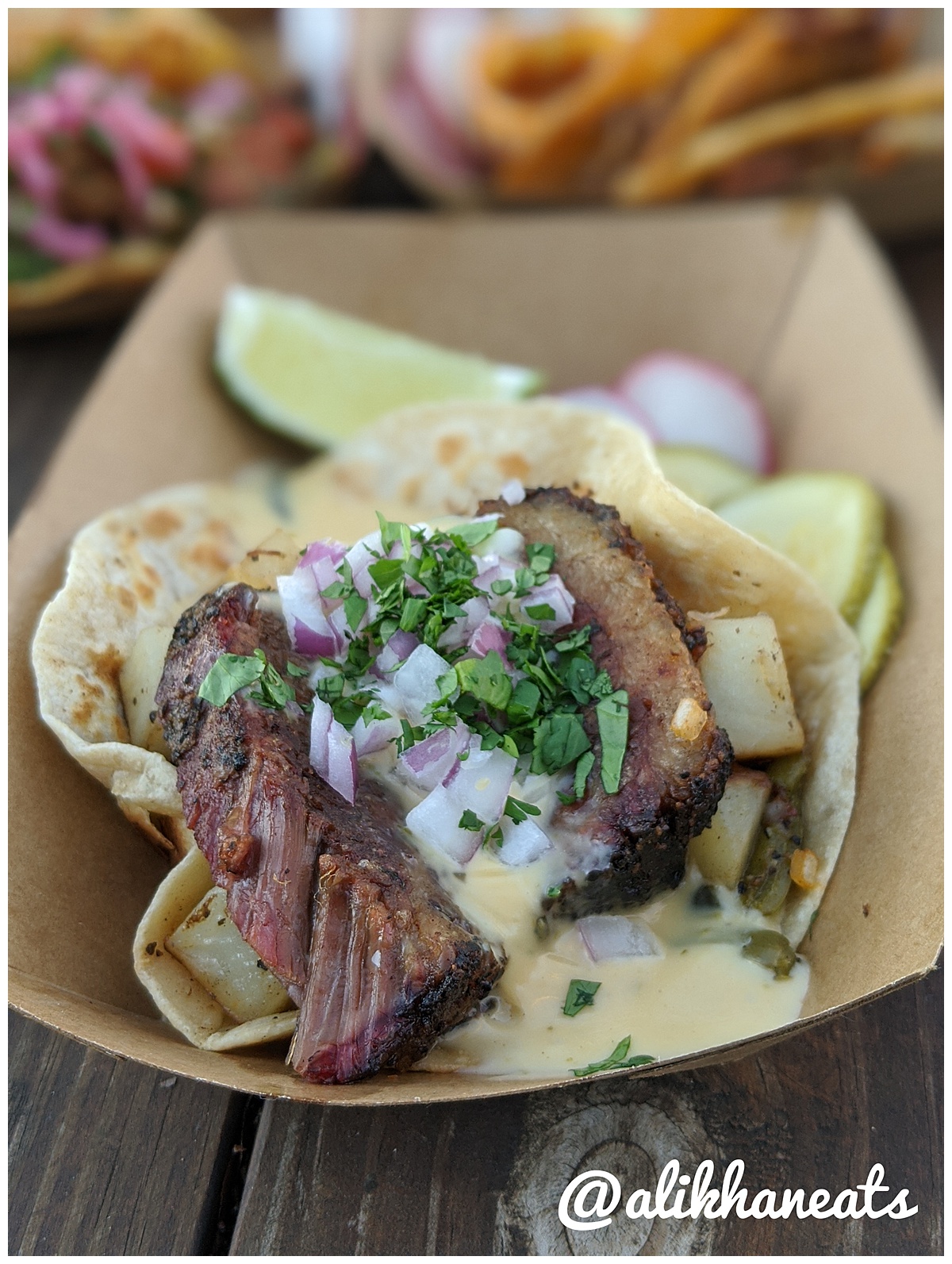 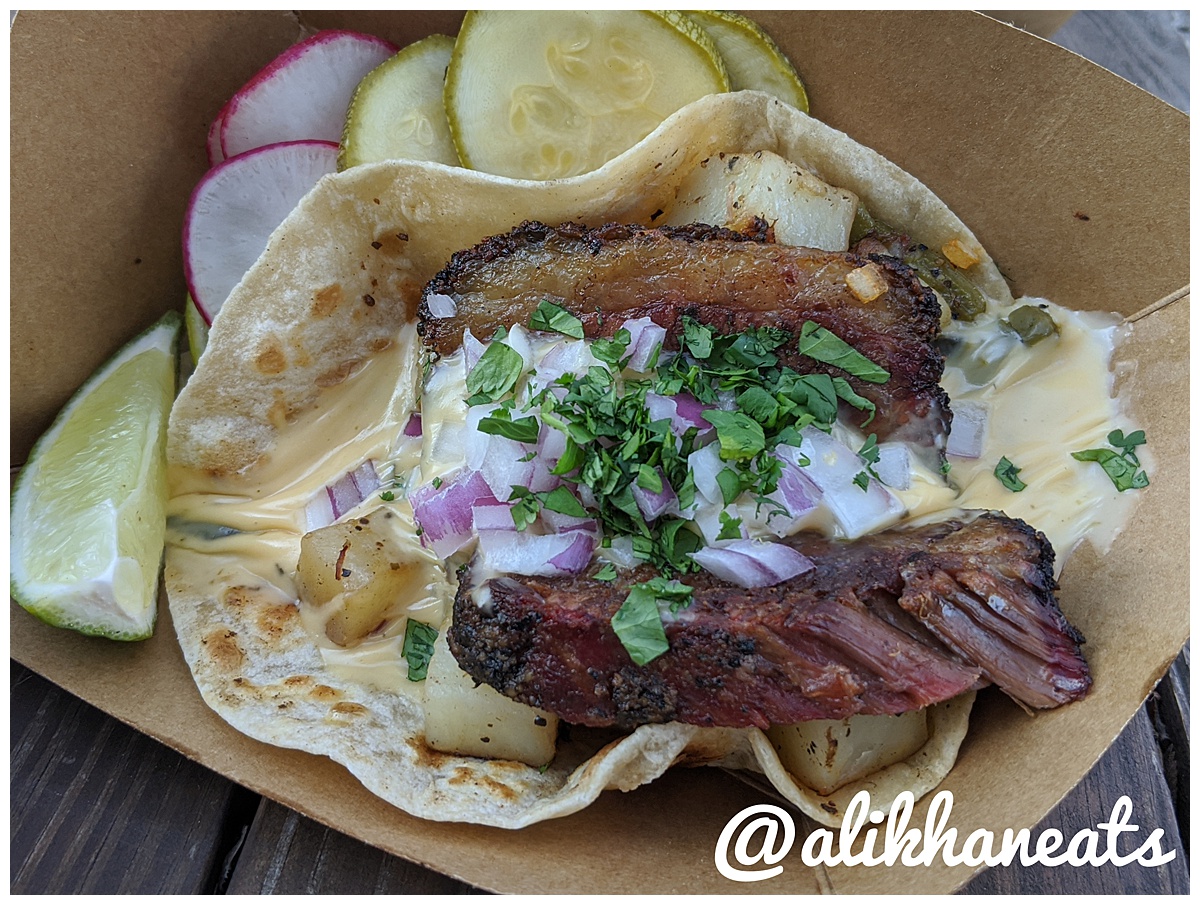 The El Jefe is a true one and done taco. For $5 you are full my friends, of this I am sure. Take a slab of Micklethwait’s premium brisket, lay it down on a bed of potato hash and a pool of queso and you are an egg away from a nap inducing brunch in a tortilla. Oh and it just begs to be hit with the creamy rich heat of Taco Bronco’s green salsa. I could come here for this taco alone and walk away happy. 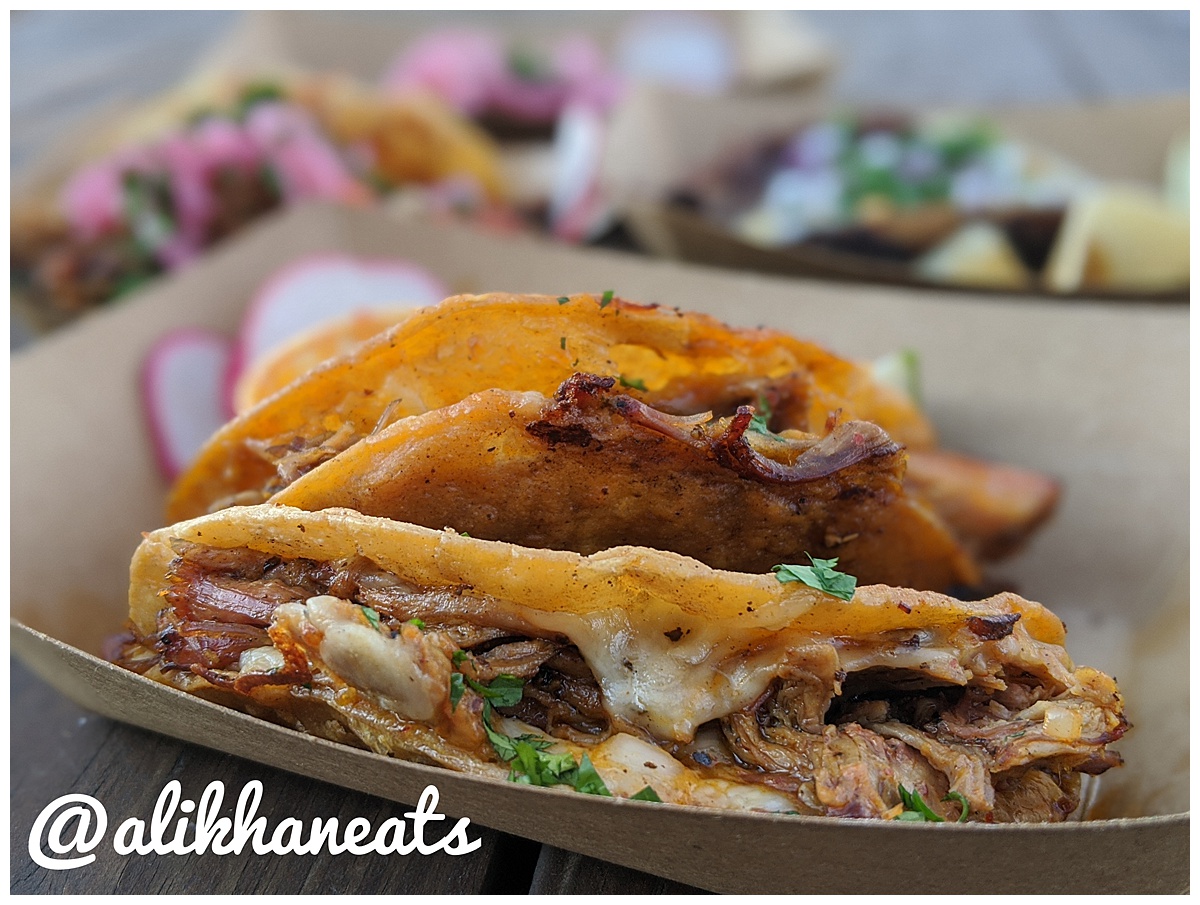 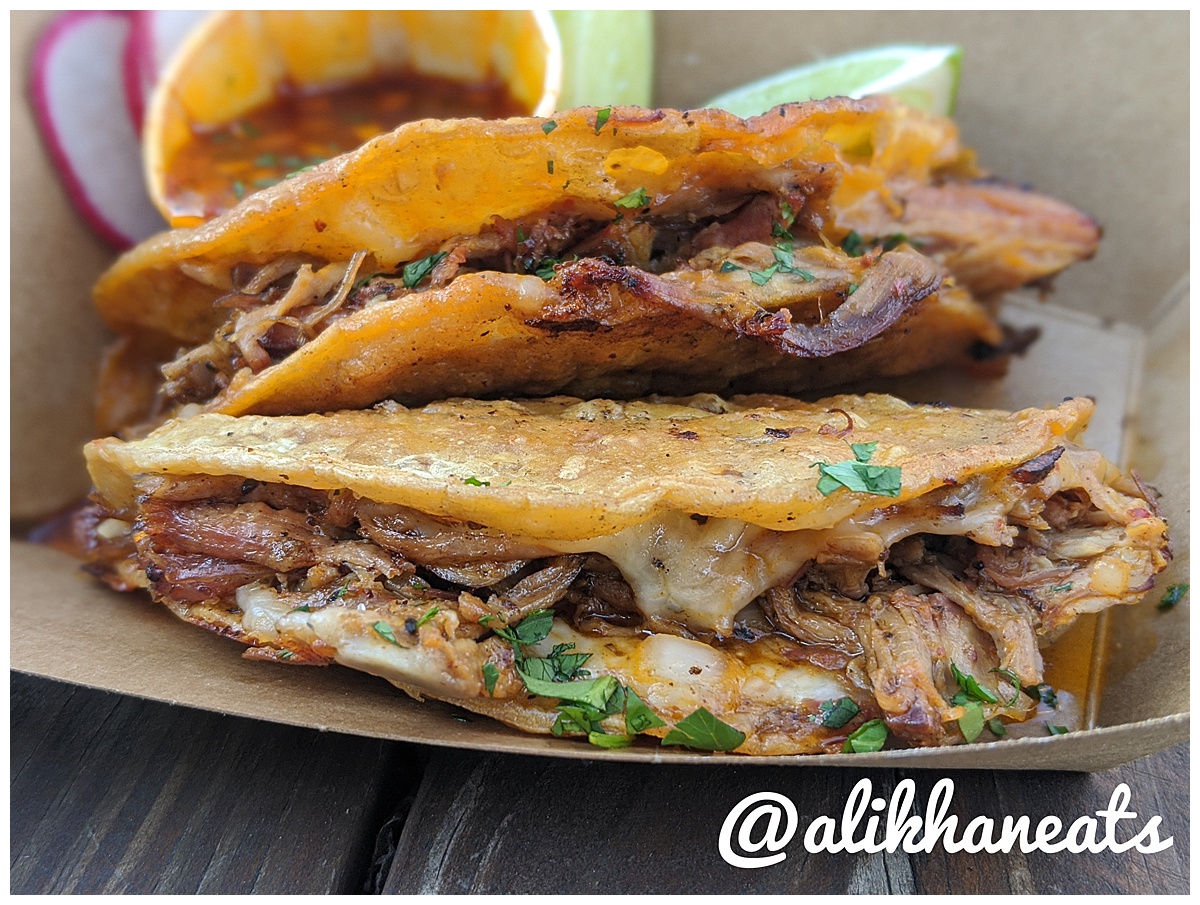 Yet why walk away at all when there is birría to be eaten? This trendy braised meat taco is making its way to Austin and I think lamb is where it’s at. Done up in a fried tortilla with melted cheese(queso taco) with a side of consommé(broth the meat was cooked to dip the taco in, sometimes life is so good it can turn a fried cheese laced lamb taco into a french dip of sorts. Yeah, some specials you just have to order. 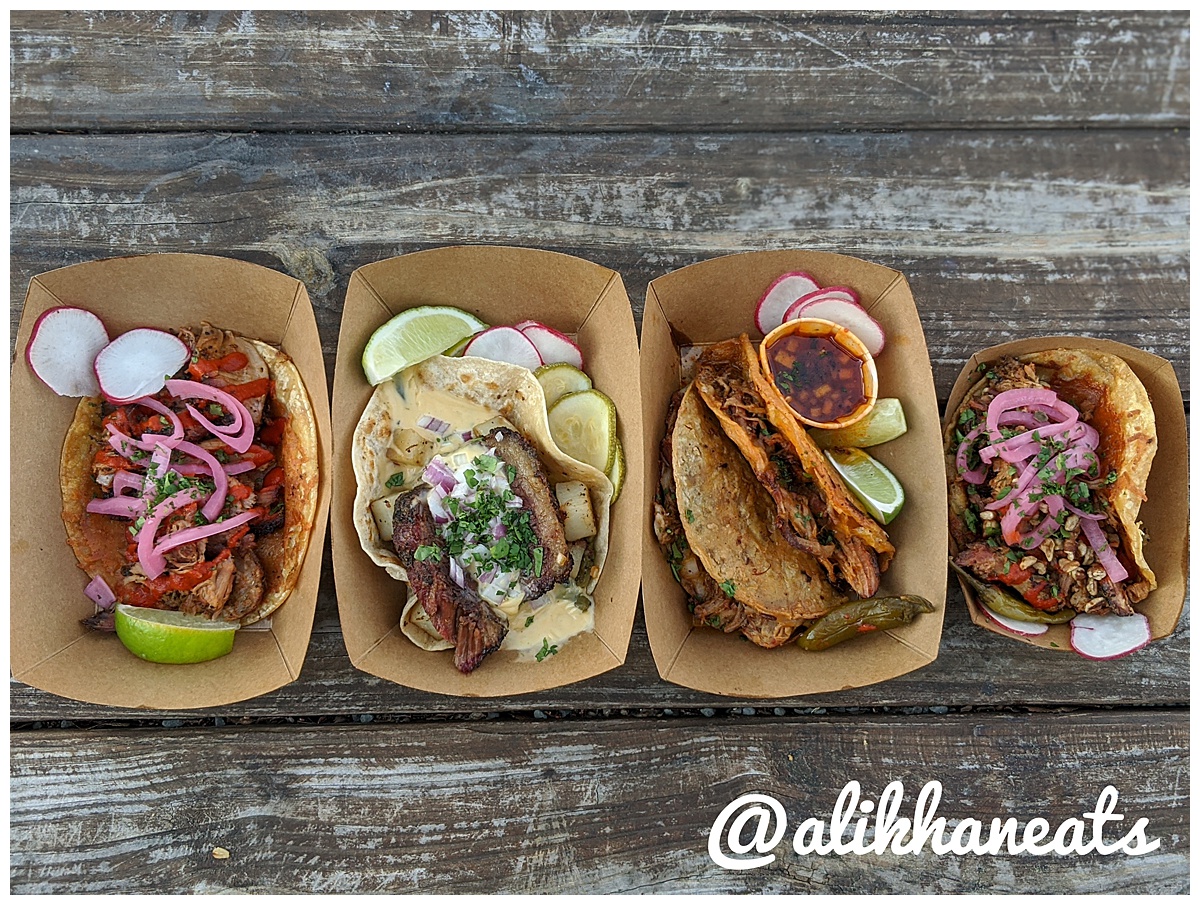 Yeah, so good luck choosing which tacos to get. I have yet to try the barbacoa and then there is the matter of tortas and sandwiches. Oh and you can order meat by the pound, so throw in some rice, beans and tortillas and your meal can turn into a full blown backyard fiesta. Still, if I had to choose just one taco to get . . .

The El Jefe. The one and done taco that single handedly got me into queso for the first time in 4.5 years of living in Texas. Maybe I haven’t been in Texas too long. Giddy-up.