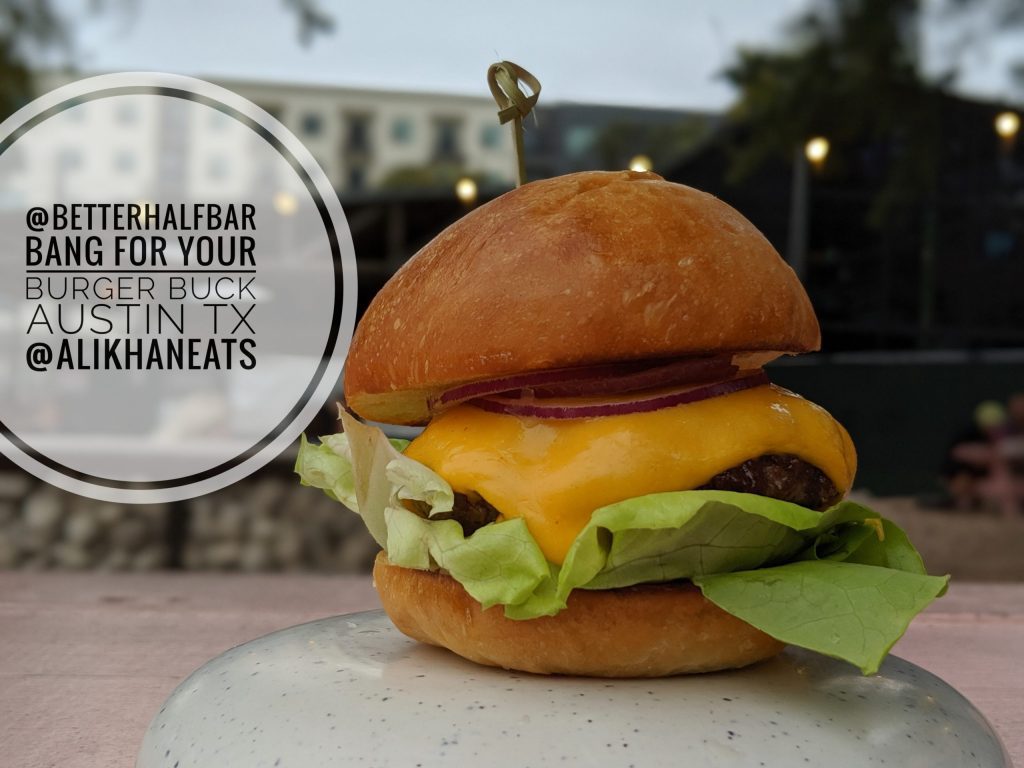 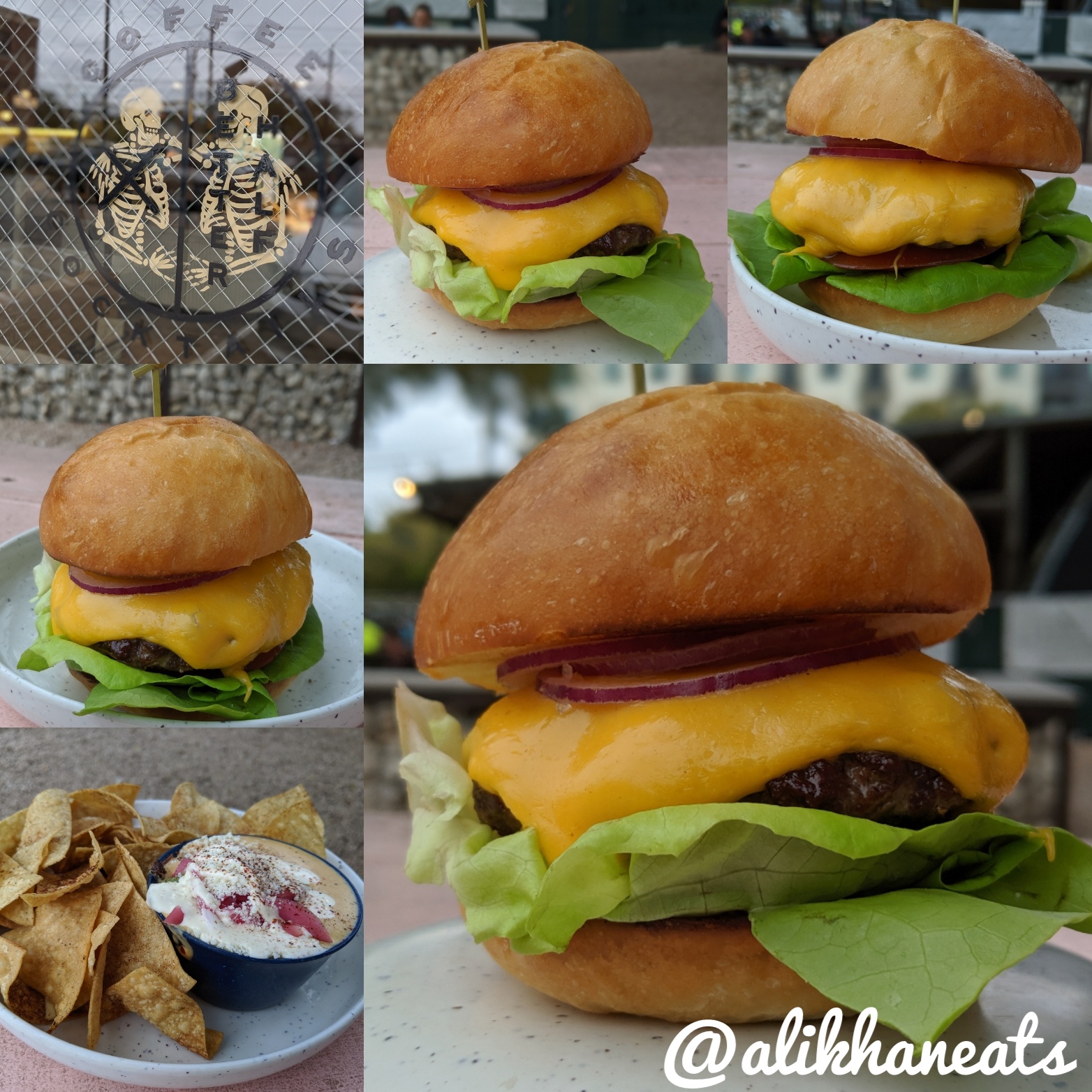 The Vitals:
the spot: Better Half 406 Walsh St. Austin TX 78703
the eats: Better Half Burger
the bucks: $10
the full nelson: A respectable burger that’s a real deal at happy hour

One trend that cannot be denied is that restaurants aren’t getting cheaper these days. A more promising trend for people like you and me are restaurant concepts that merge counter service with high quality food. If you have been keeping up with Bang for your Burger Buck, you saw that Sixth and Waller fits this bill with a nostalgic burger built with quality ingredients. Better Half is another such place with a burger that becomes a real deal during happy hour. 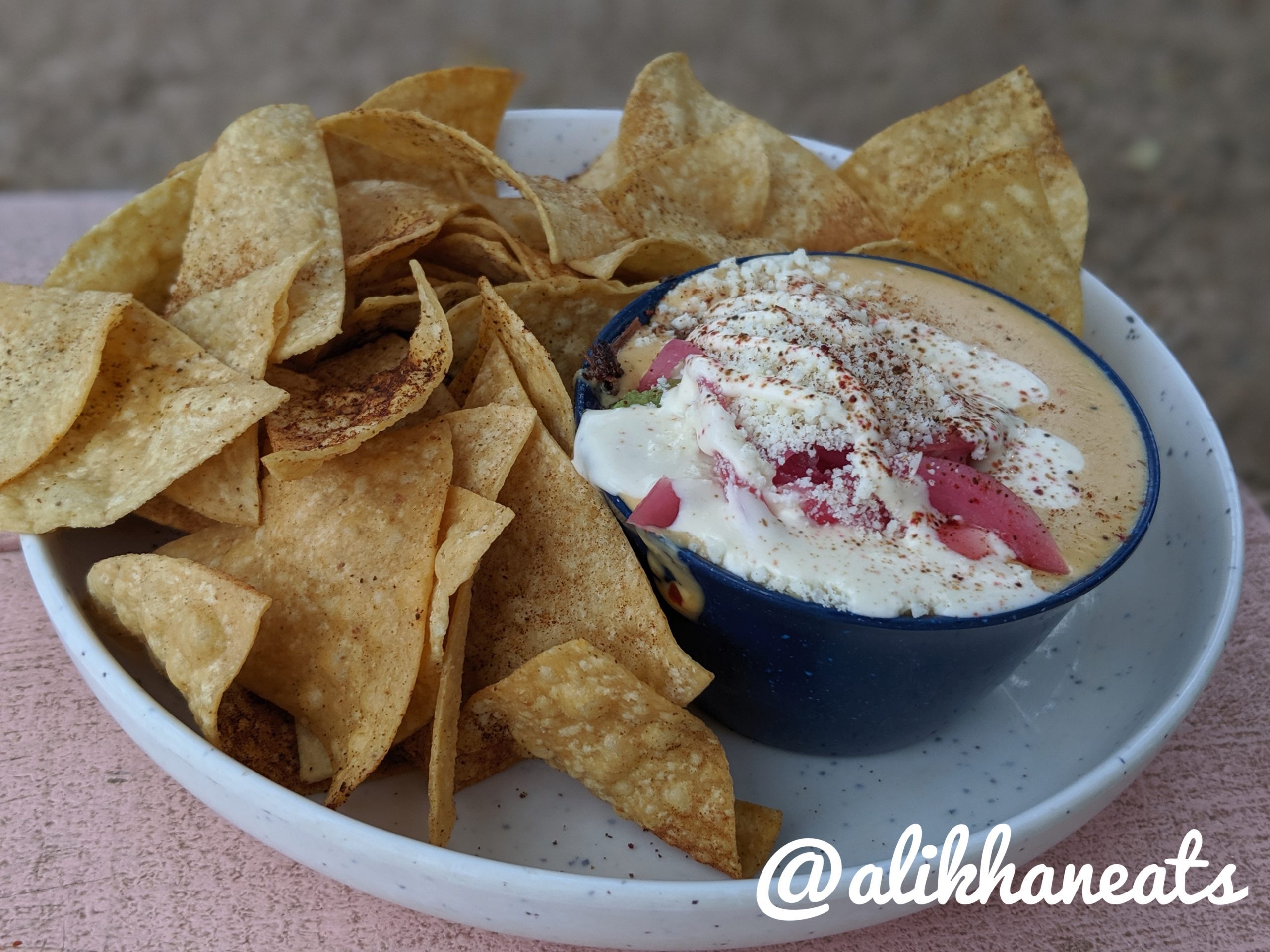 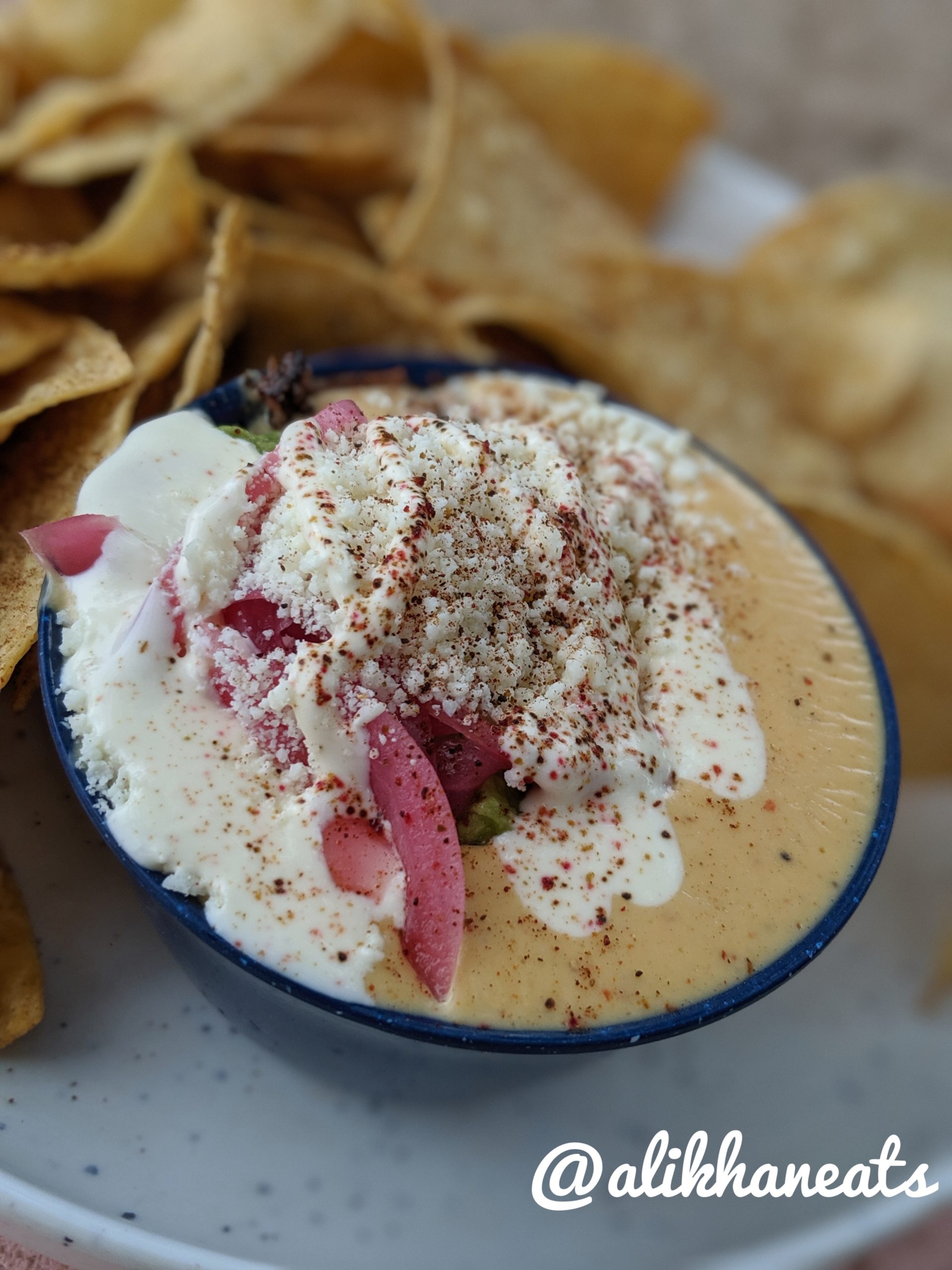 Before we get into that burger I decided to get into a little pastrami infused queso and chips. Look, I didn’t grow up on queso so I could take it or leave it, usually the latter. Still, the idea of pastrami spiked cheese dip sounded tempting enough. This is a gloriously fattening idea that is best served amongst a large group of the inebriated. Two bites in and I was done for the night with this stuff. Not to say it was bad but really just massively overwhelming. 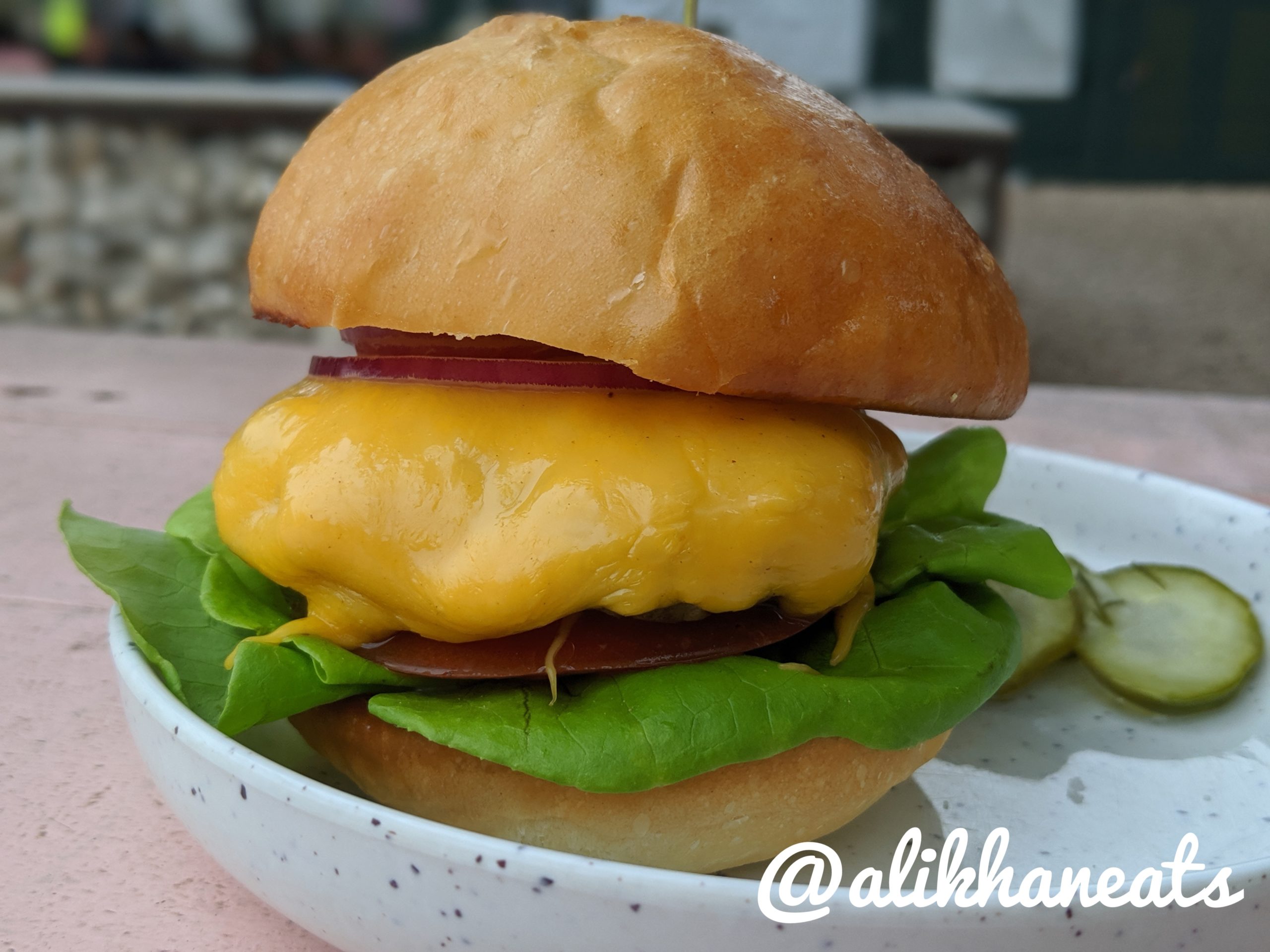 Upon first glance the Better Half burger struck me as an instant fav. A thick burger covered in a golden layer of well melted American cheese, adorned with a quality bun and respectable looking produce. Unfortunately this thick patty is held back by Better Half’s policy of cooking the burger medium well. They assured me it would not be dry but a burger this thick should hold more promise than not coming out looking like meatloaf. 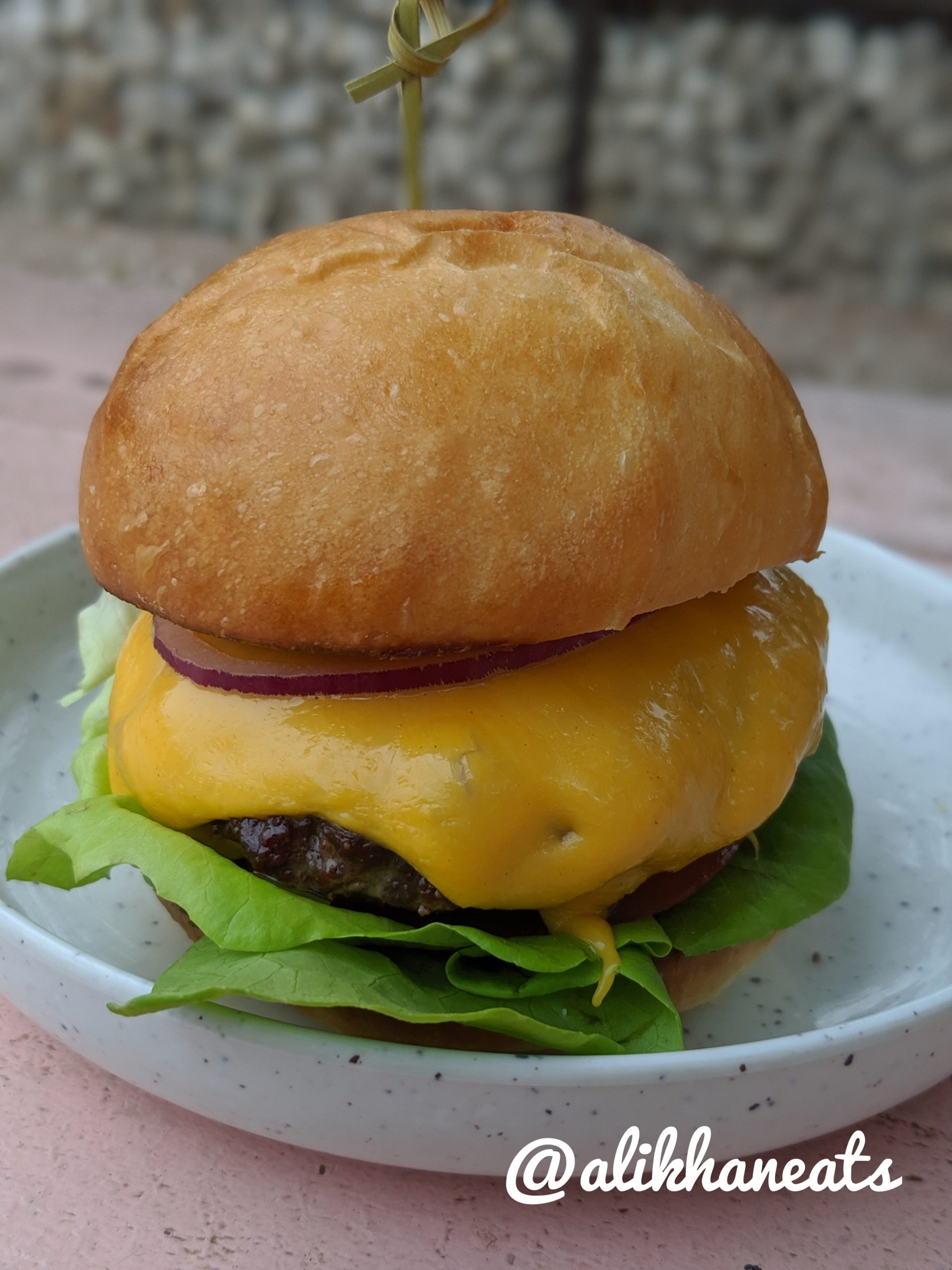 The bun and overall burger composition is solid. Like a three story row house, the Better Half burger stands tall and will require a loose jaw and good burger grip to take on that first bite. By the way, it’s a great first bite. 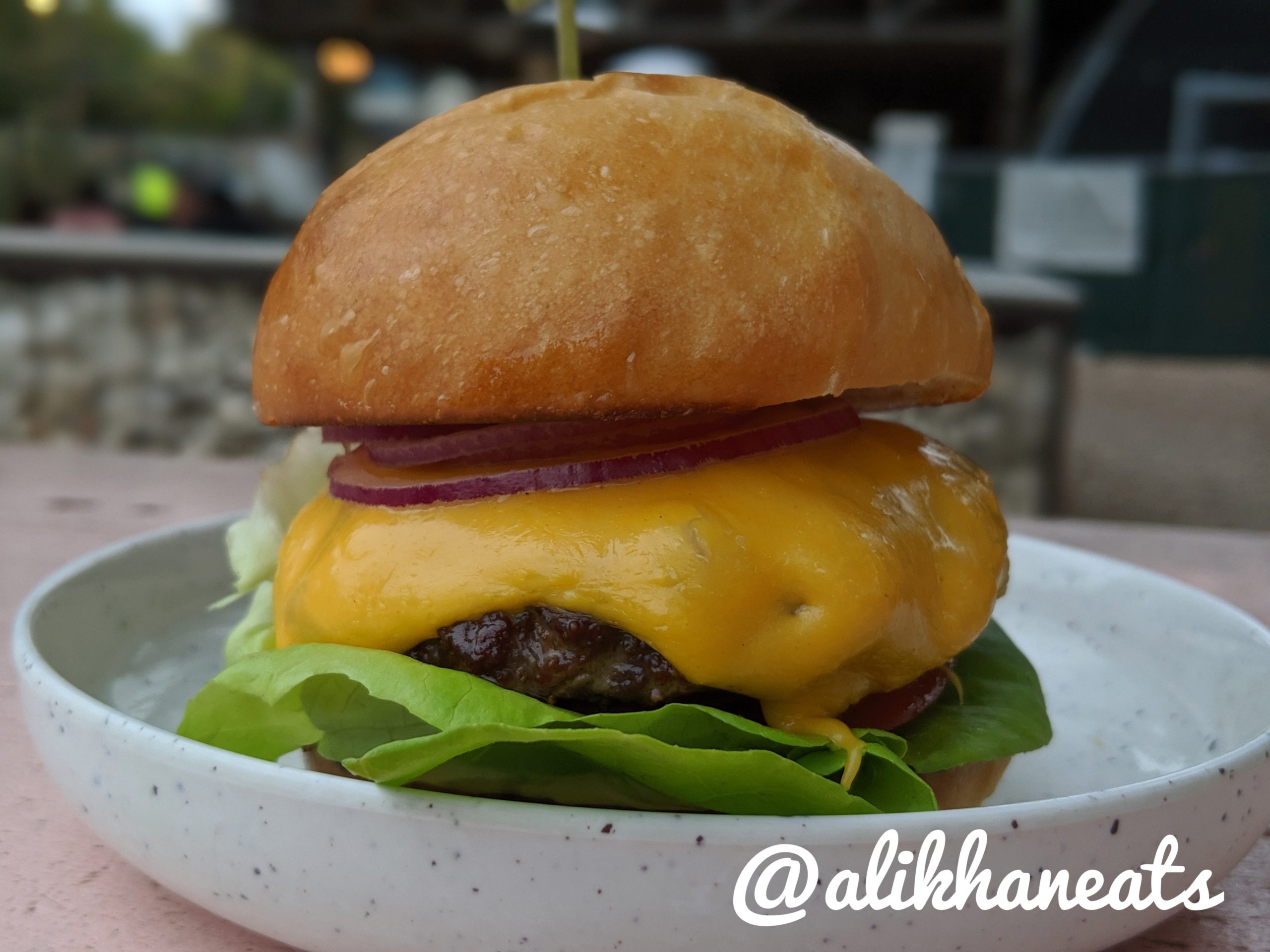 My favorite parts about this burger are the excellent attention to the toppings and the ratio of bun to burger patty to toppings. That red onion was sliced thin with precision. That butter lettuce was top notch. You’re gonna want to take advantage of the pickles that come as a side on the plate. I went ahead and put mine on the burger but they are equally tasty on their own as a palate cleanser in between burger bites, kinda like how pickled ginger works in sushi. 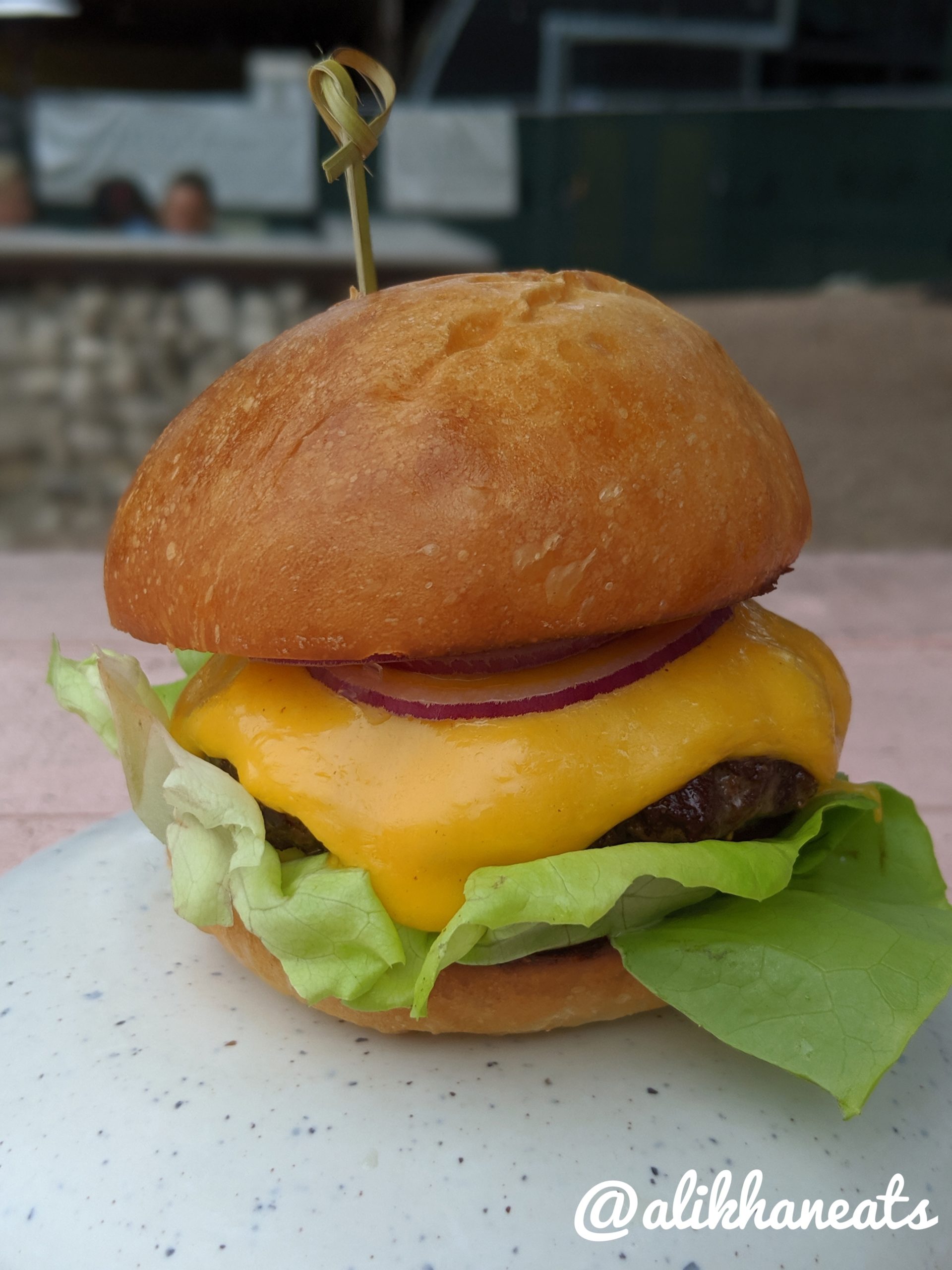 If this burger could have been served a true medium rare, I would gladly pay the $10 for it during lunch and dinner service. As it stands at the house medium well, the burger is probably juicy enough for the squeamish. But for the connoisseur? It’s just not up to snuff.

However, during Happy Hour these burgers are priced at $5. And in the world of $5 burgers, Better Half is exactly that: among the better half of burgers in this category.

So I’ll see you at Better Half at 3pm-6pm(Happy Hour) for the Better Half Burger. Oh and as far as that Pastrami queso goes?

You’re on your own.

One response to “Better Half ~ Austin TX”