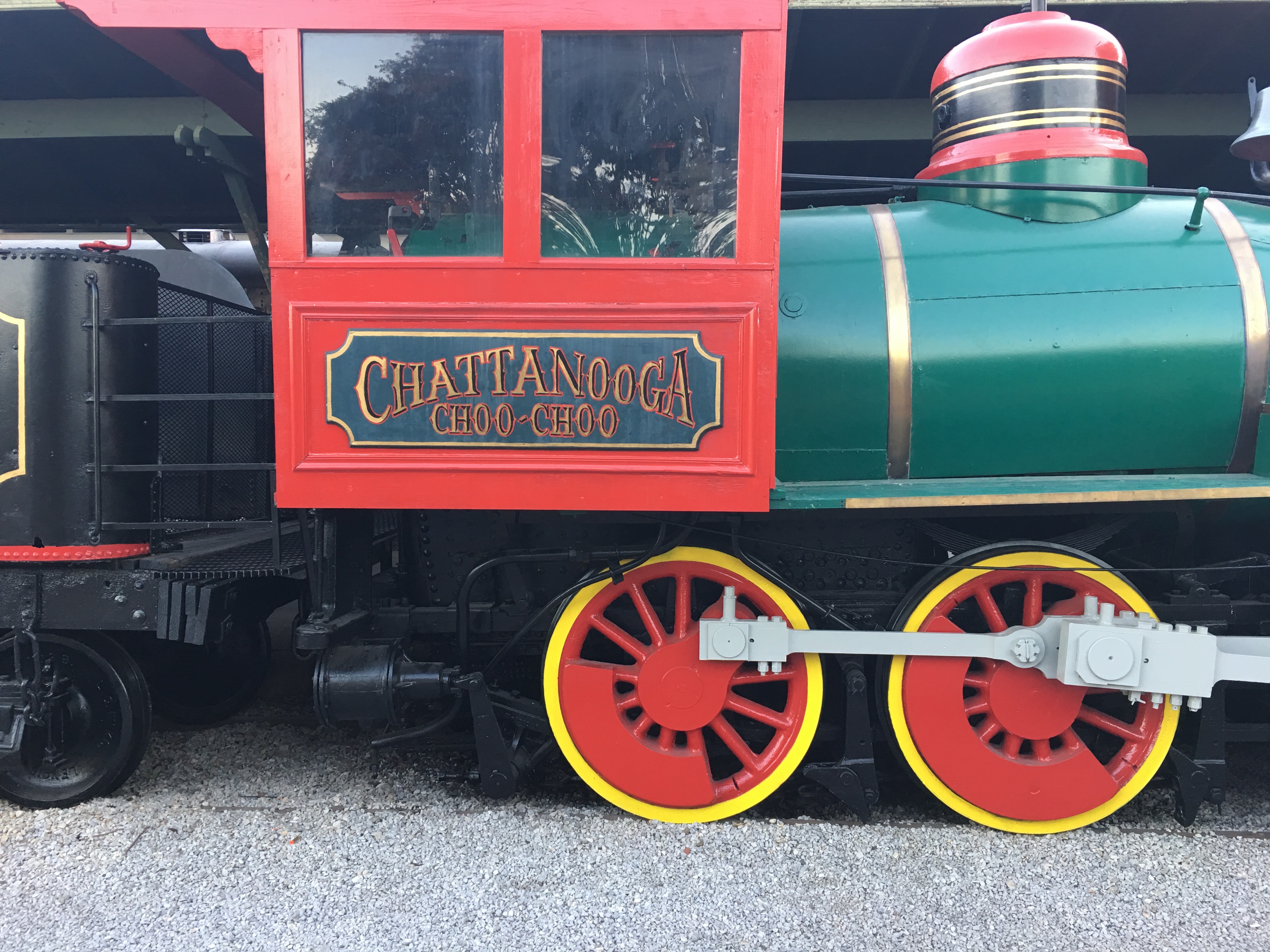 Chattanooga. Nooga. Gig City. Chat-town. Maybe you have heard of all the nicknames, or maybe your knowledge of this growing tech hub of the south is limited to the famous choo-choo. Whatever camp you fall in, you know now that Chat-town loves their food. Like big brother Nashville to the north, the Chattanooga food scene is rooted in the ways of the South but is also keenly aware of the adventurous palates of 21st century American diners. The Cheap Eats lunch stop at Slicks Burgers serves as a clear indicator that our current burger renaissance is alive and kicking in the Nooga. Chocolate shops have long been a staple in the American food scene but it takes a modern day food specialist to deliver a pot de crème of the caliber that the Hot Chocolatier does. Even tacos, though in this case in Irish form, make a showing in Chattanooga. Despite a rich history, the side of Chattanooga we show in Cheap Eats is young, tech oriented(they boast one of the highest internet speeds in the country) and seems to draw in many a first time entrepreneur. Hungry Millennials make for hungry Cheap Eaters so let’s take a big bite into why Nooga is a Cheap Eats kinda town. 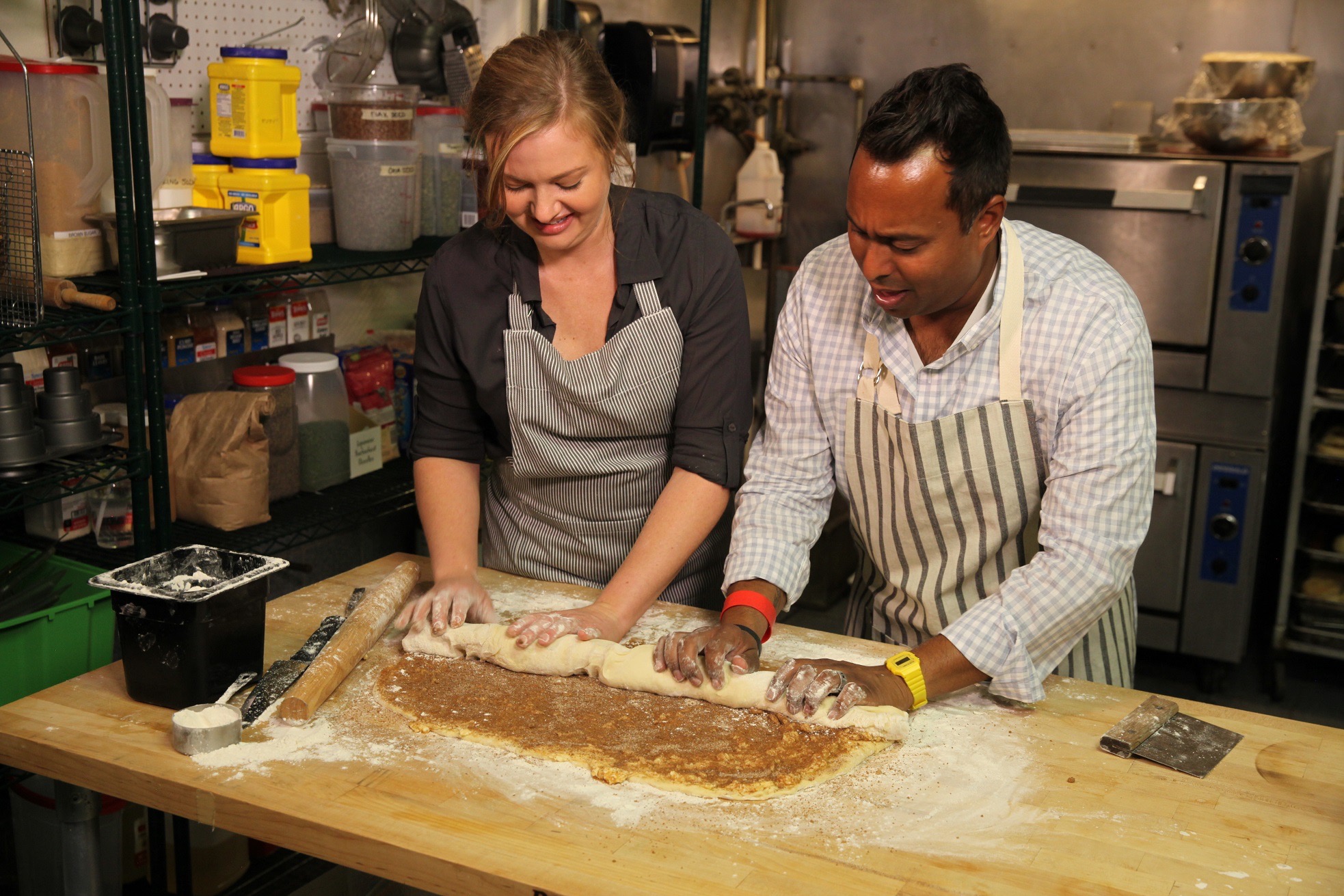 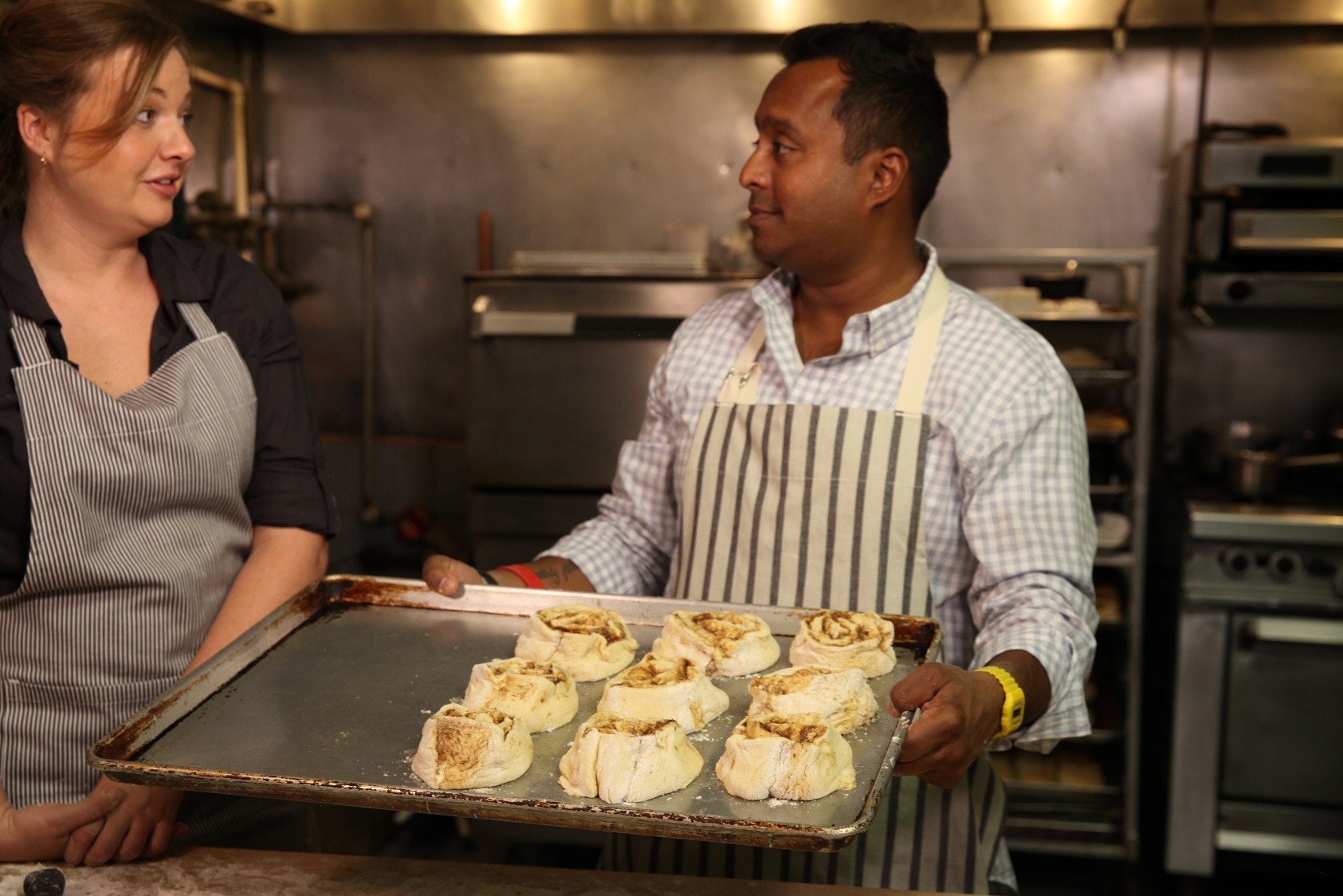 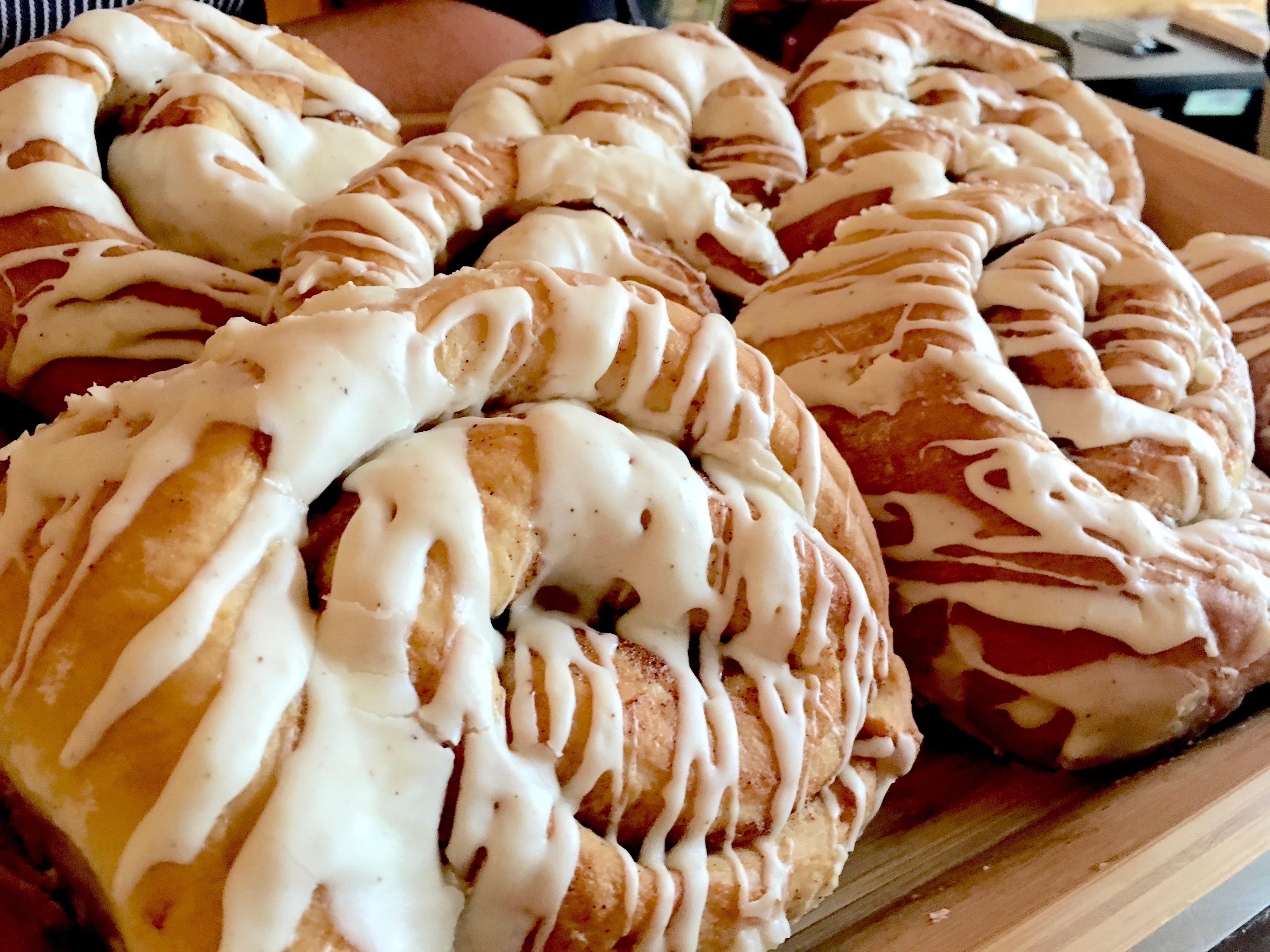 Speaking of caffeinated Millennials looking to crowd fund their start up on a beat up MacBook Air, you sure will find them at Mean Mug Coffeehouse, and maybe a few dinosaurs reminiscing about when Pearl Jam wasn’t considered classic rock. Whatever your age, all will agree that spending $2.25 on a pastry you can easily – I mean easily share, is a serious Cheap Eats find. This pastry was as big as my head and I have a big head(even before the show came out) so know that this just over $2 buck bun is a indeed a one and done meal. As good as the Apple Butter Cinnamon Roll is, it plays second fiddle to Chef/Co Owner Monica Smith’s stories of growing up on a farm, making things like the aforementioned bun and apple butter, preserves, pickles and pretty much anything you else you can think of that involves once bygone culinary traditions that are now being embraced by chefs across the country and a swarm of hipsters in Brooklyn. She is the real deal, raised-on-a-farm, cooking the food her grandma did, and exactly the type of person any newcomer to the South(like myself) would and should seek out. But before you get all Man vs Food on me and start daydreaming about taking this bun down solo, save your pennies, share the ample Apple Butter Cinnamon Roll with a friend and ride the Chattanooga Cheap Eats express right into this here lunch . . . 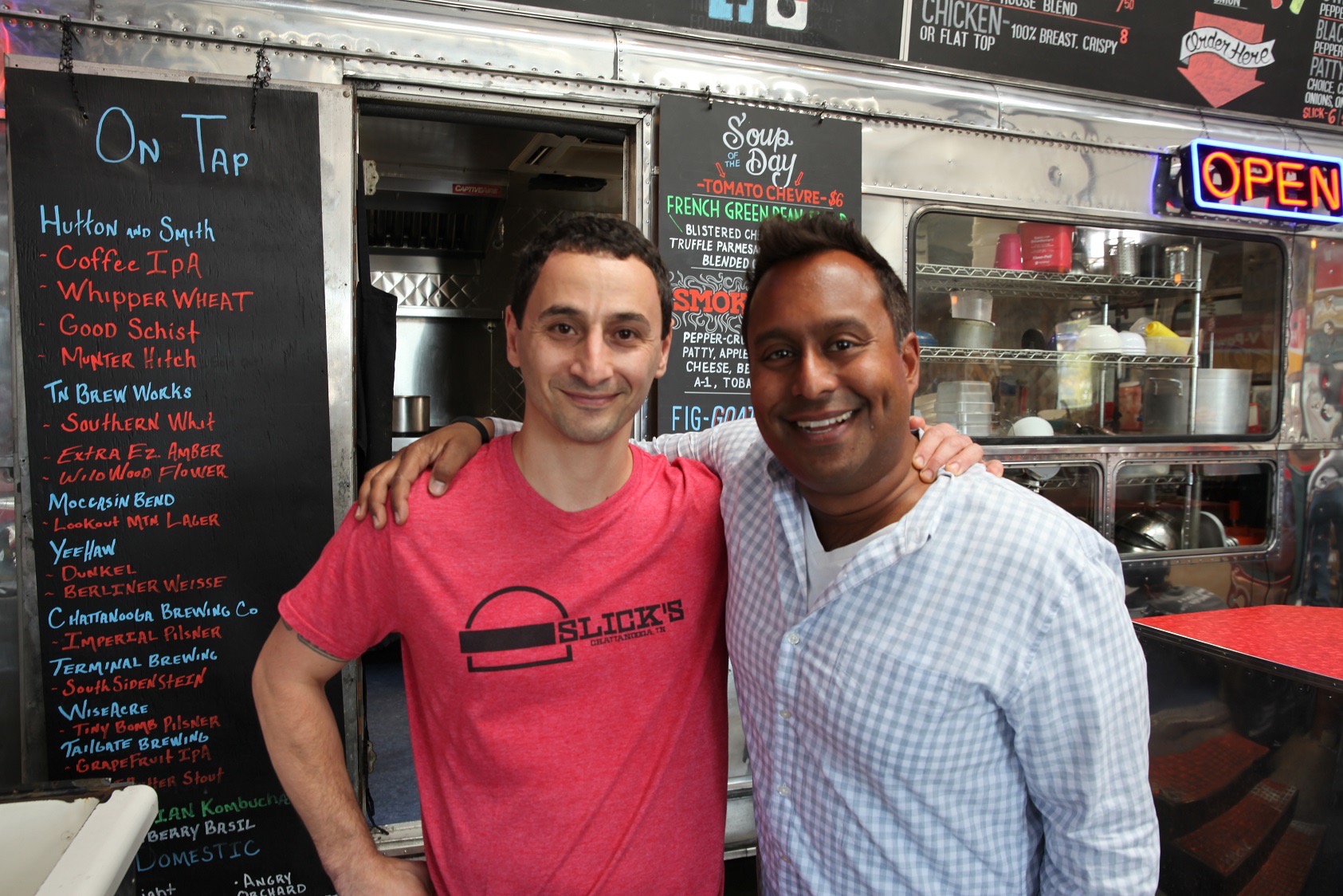 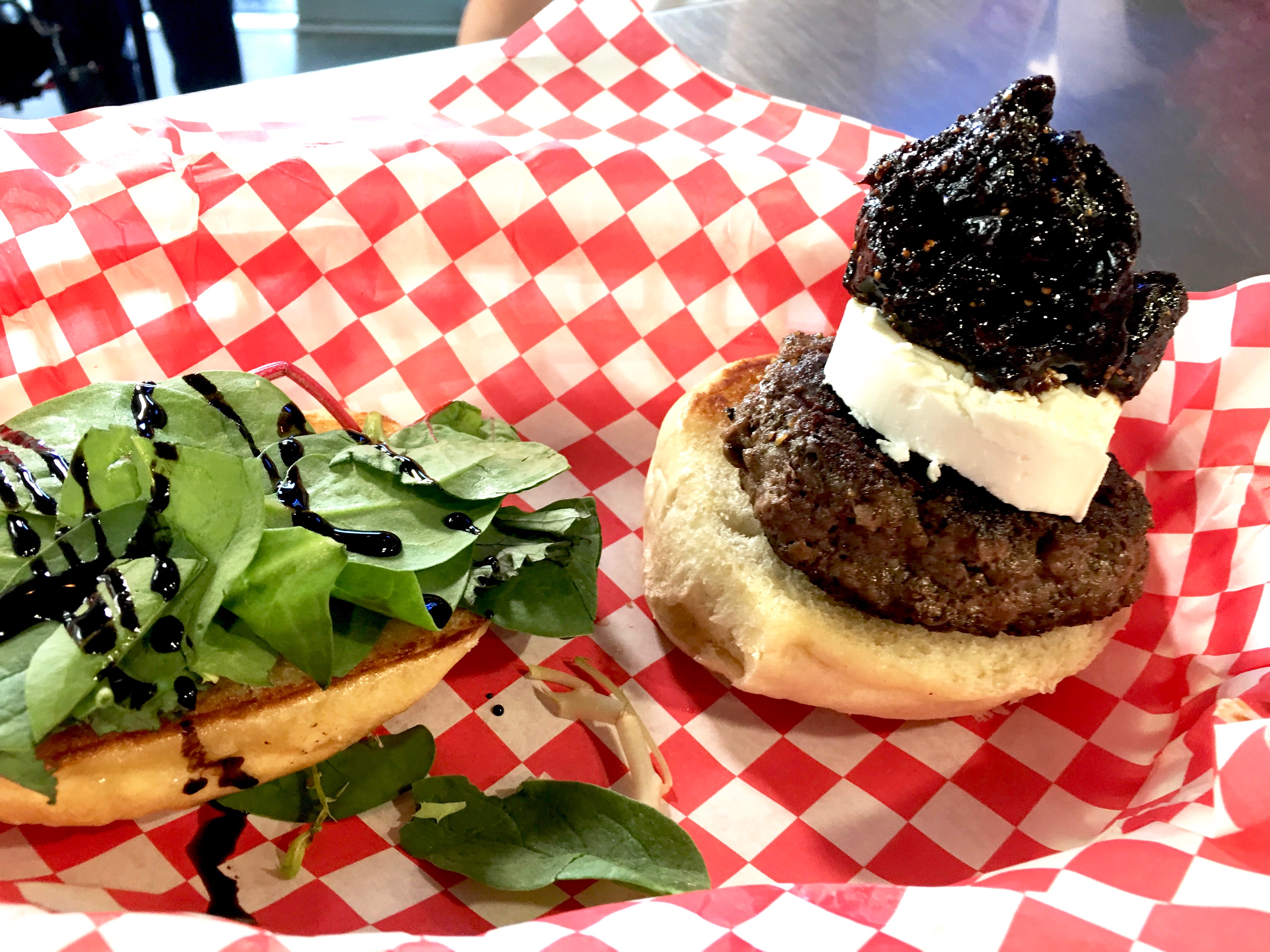 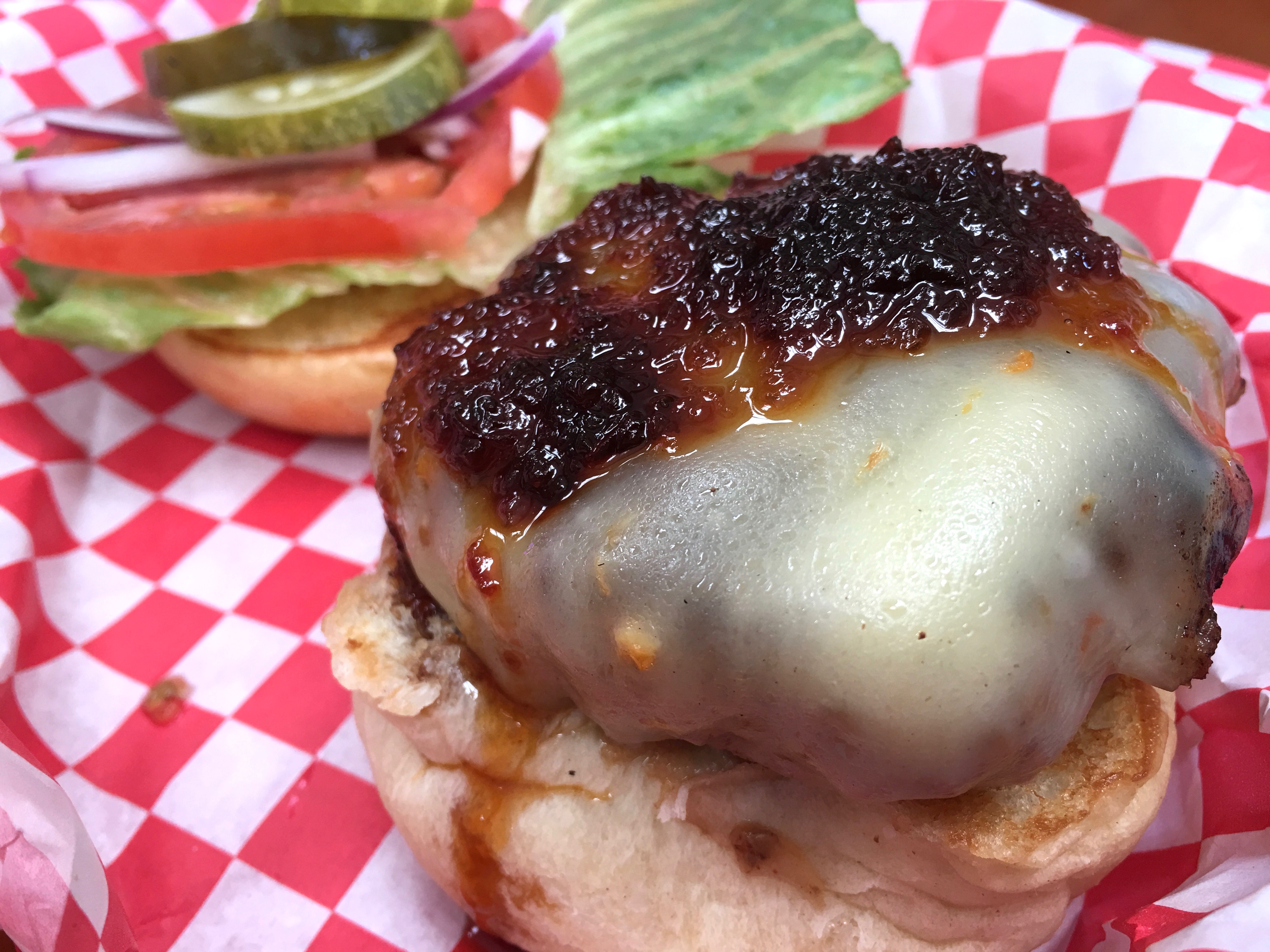 I can’t attest that I coined the phrase “burger renaissance” but I sure do say it a lot. We are in one folks, and for a lot of interesting reasons like the economic crisis of 2008 which coincided with the rise of “premium” burger chains and burger focused restaurants nationwide. But it struck me that perhaps the biggest reason why we are in a burger renaissance is because there are all these foodies out there now that demand a burger worth bragging about. Slick’s is certainly one of those places. Imagine that foodie friend of yours, standing on his or her tippy toes, ready to brag about the multiple patty options at Slick’s like beef, lamb, turkey, chicken or veggie. Then just watch his or her eyes light up when they tell you about the seven cheese options, the fancy Benton bacon, and fried egg you can add on. And just when you think you have heard it all, the word’s “premium toppings” comes out of their mouth. This is where a burger joint like Slick’s shines: topping combinations that could come only from a true chef, and Eric Taslimi is just that. Trained at the famous culinary school Johnson & Wales, your expectations should be high and they will be met with these creative and tasty burgers. Chef driven comfort food can be a tricky thing to pull off. Unlike a tower of Ahi Tuna Belly, truffle and Foie Gras, the burger experience is beyond familiar to the diner and opinions run deep. Since this blog is called Bang for your Burger Buck, you know that my philosophy on burgers is to choose your add ons wisely as they can add up on your bill. $12 is a lot for a burger IMO, however what you are getting at Slick’s is a compelling burger experience that incorporates a well seasoned and naturally gamey lamb with a dance of sweet and heat right out of Bobby Flay’s playbook. The Lamb Sweet N Sassy burger is a flavor sensation you will simply not be familiar with, and for $12 you shouldn’t – you should expect something you have never tasted before. You will also get a new flavor to crave; which is the mark of a successful burger. Slick’s might be the burger joint your foodie friend is ready to brag about, but it is also a place where chef driven comfort food hits the mark. And that’s worth $12 in my burger book. 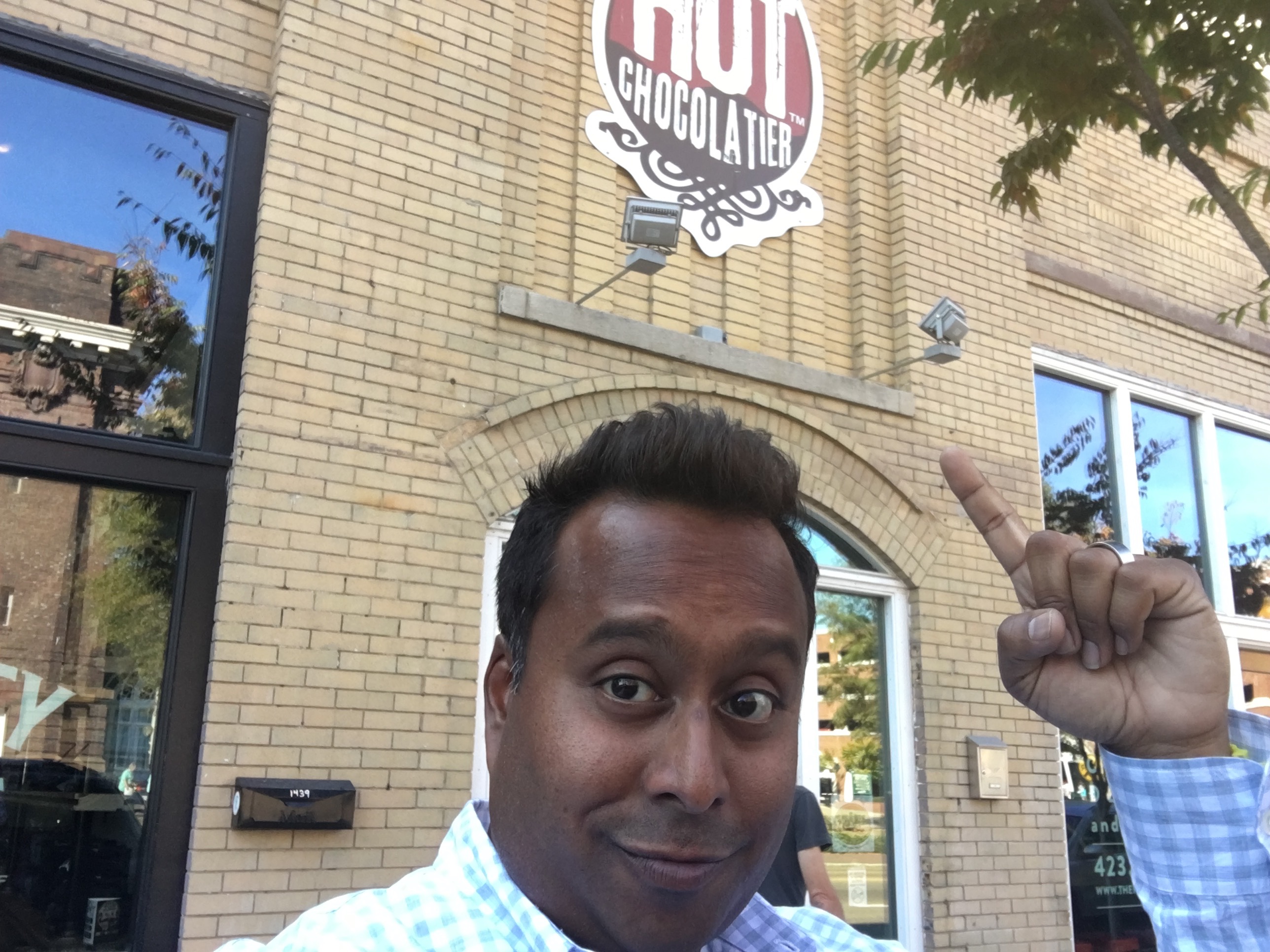 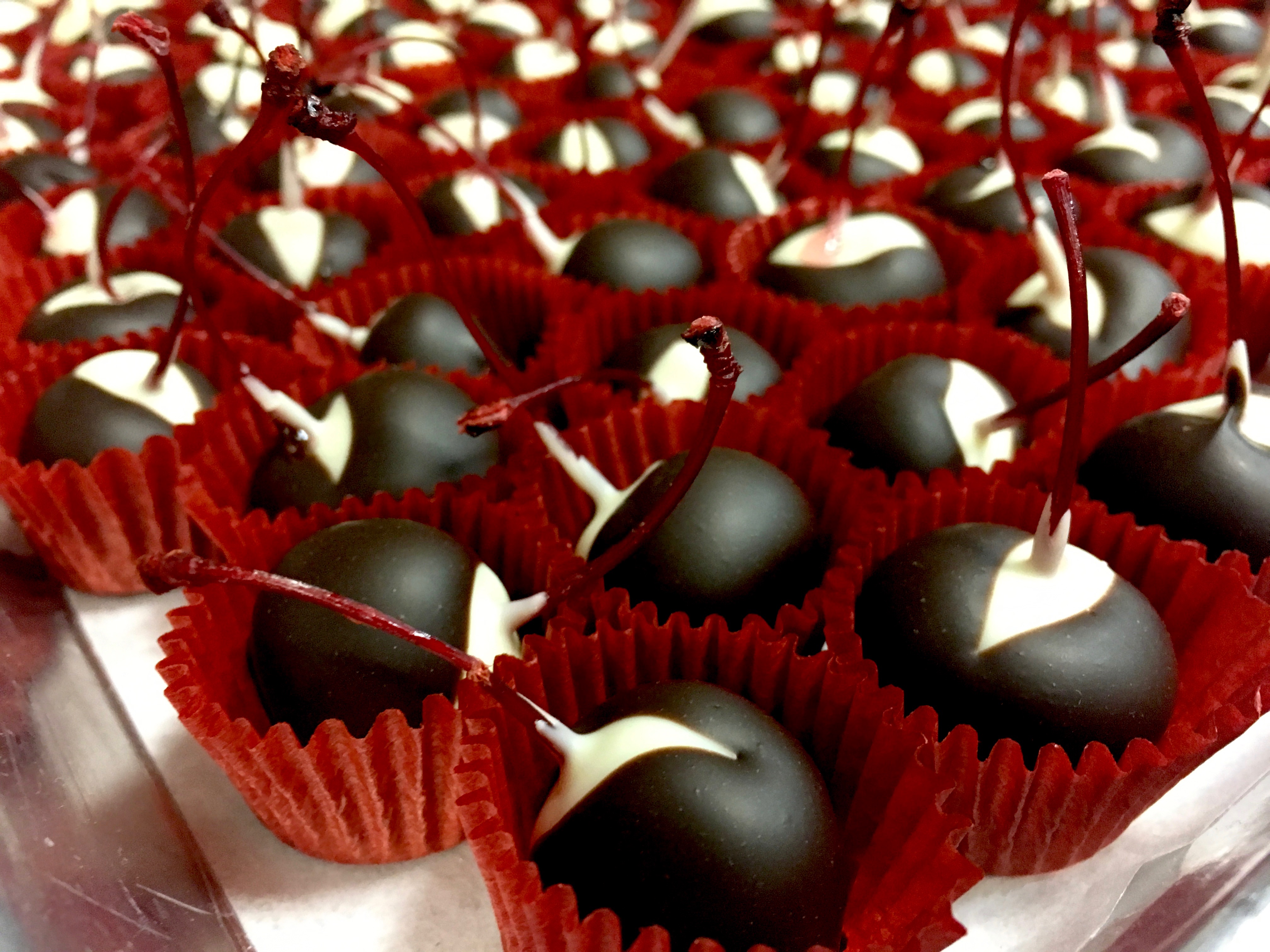 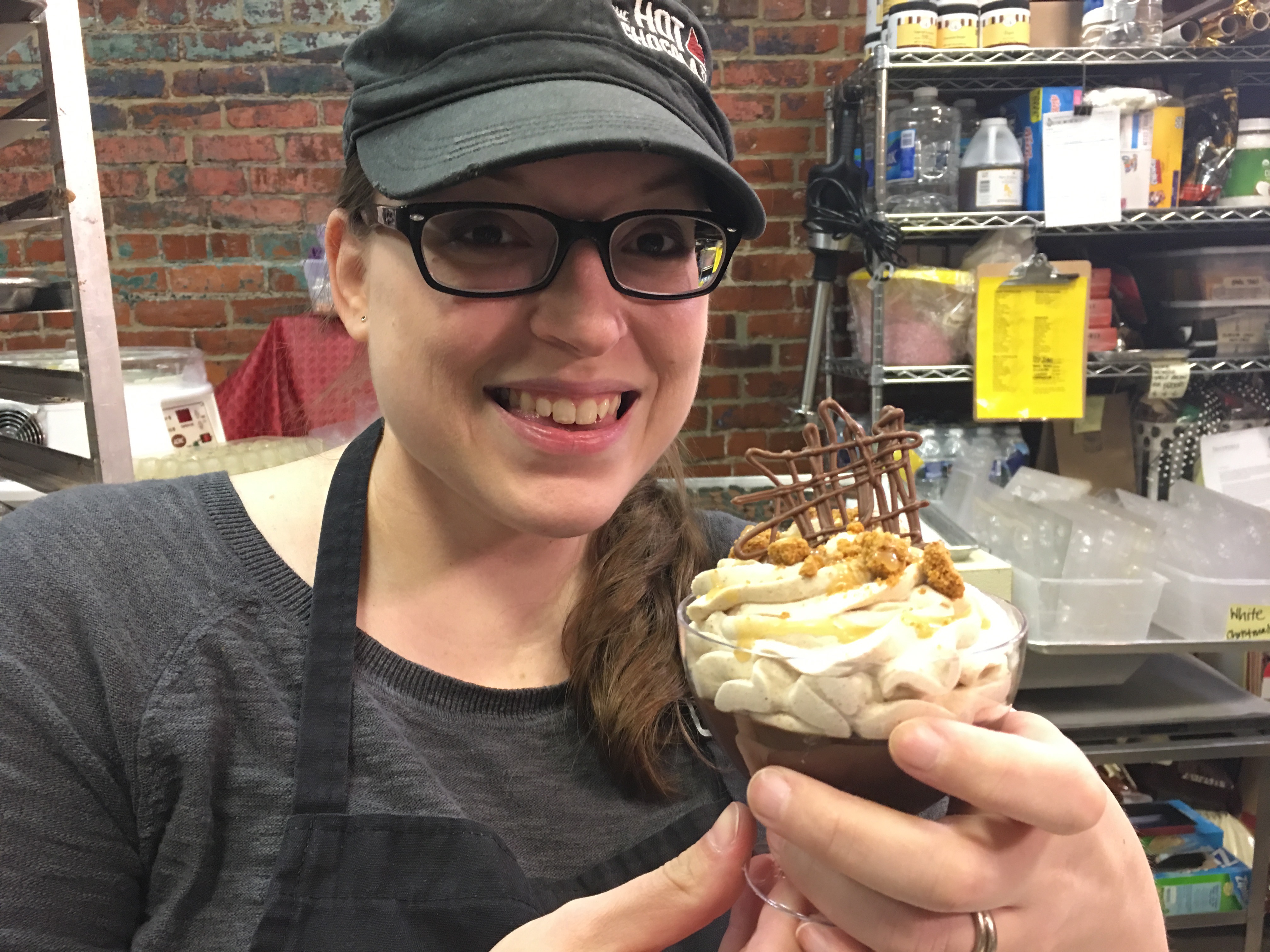 The Vitals:
the spot: The Hot Chocolatier 1437 Market Street Chattanooga TN 37402
the eats: Pot de Crème
the bucks: $6
the full nelson: It’s like getting the last of a 12 course meal without having to pay for the first 11

I love chocolate. And that should mean something coming from a professed savory over sweet kinda guy. Maybe it’s the complex flavors that come from the bean; chocolate begins with seven distinct flavor profiles: caramel, nutty, fruity, spicy, earthy, floral and vegetative. From there, it breaks down to 49 different sub categories of flavor. That’s a lotta flava in my book. My preferred chocolate flavors anchor tobacco, coffee, hazelnut, butter, milk and molasses; which makes chocolate mousse/ pot de crème an all time favorite. But my all time fav just ain’t easy to come by, unless we are talking a multiple course restaurant or a French Bistro firing on all cylinders. Enter the Hot Chocolatier, which may not strike you as that unique, as chocolate shops have been a long time fixture in the American food scene. That is until you try the goods. Owners Wendy and Brandon Buckner are full on chocolate geniuses on a Willy Wonka kinda of level and the proof is in the pudding, or the pot de crème rather. Silky, smooth, with flavor notes of hazelnut, butter and molasses that hit once the spoon hits your lips and on the way back down for scoops two through twelve. Oh Lordy was this a Cheap Eats find at a mere $6. The fact that you find a dessert of this caliber without having to commit to a two hour meal is a score. And if you love chocolate as much as I do, chalk yourself to becoming the next regular customer. Pray they have a punch card. 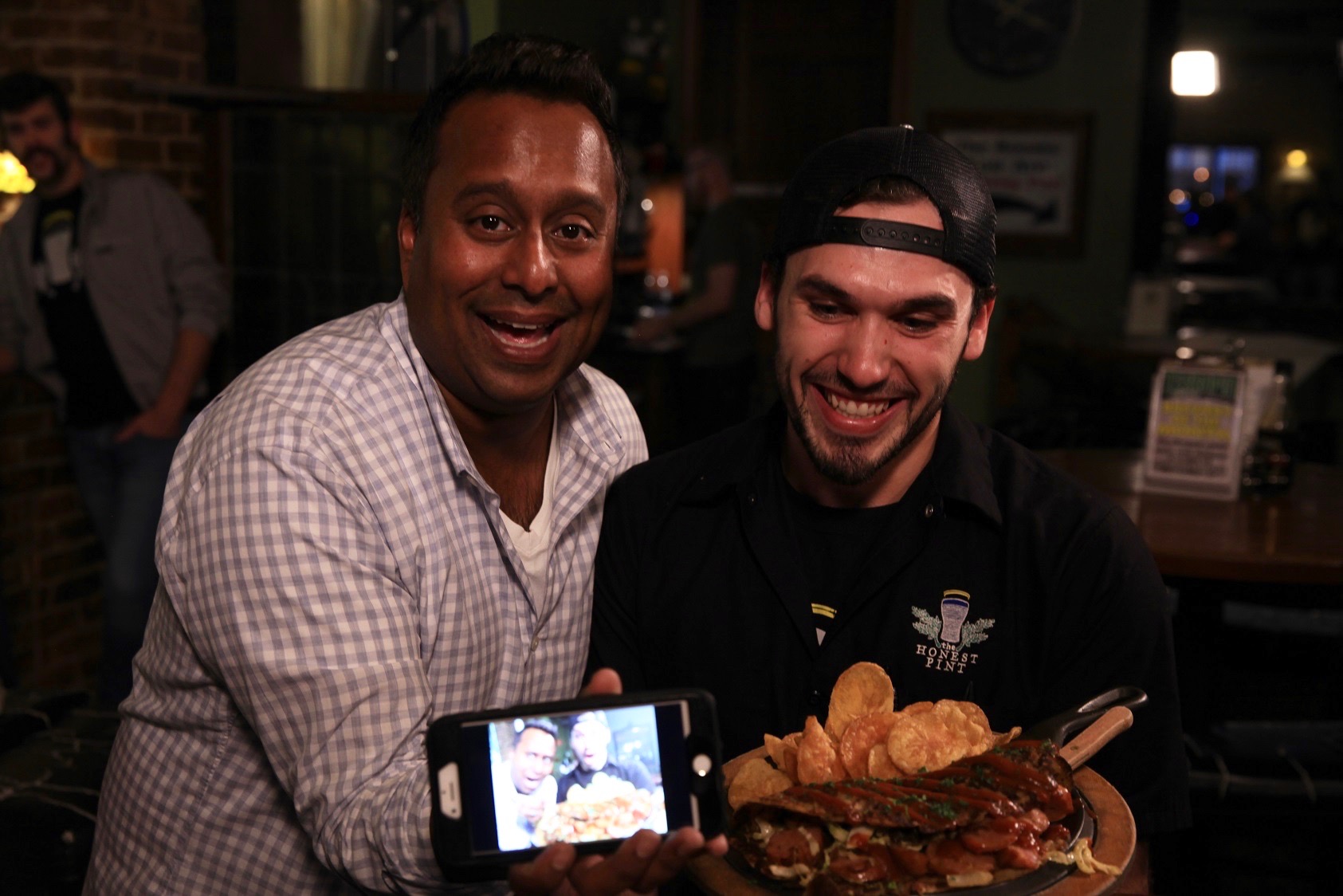 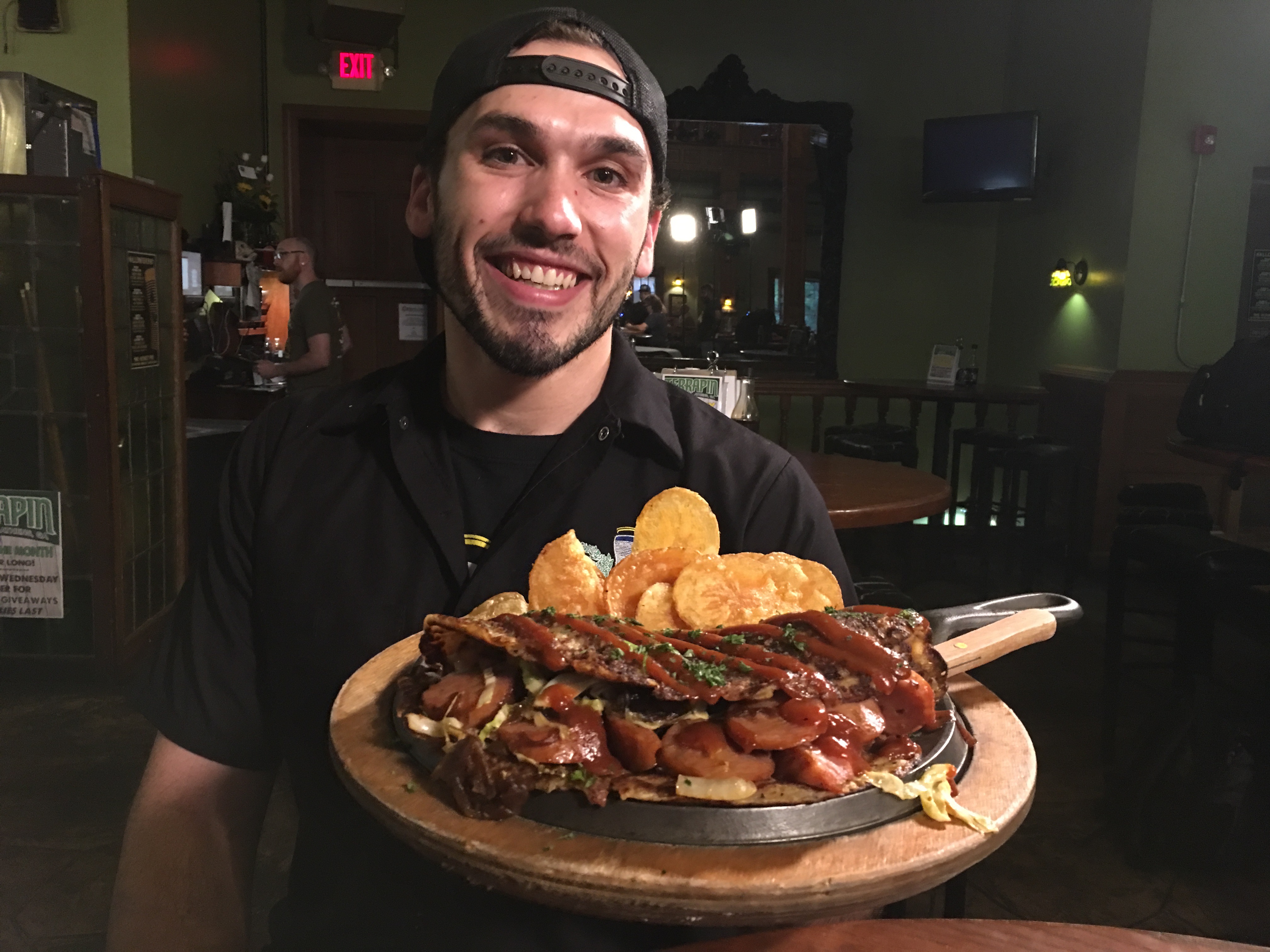 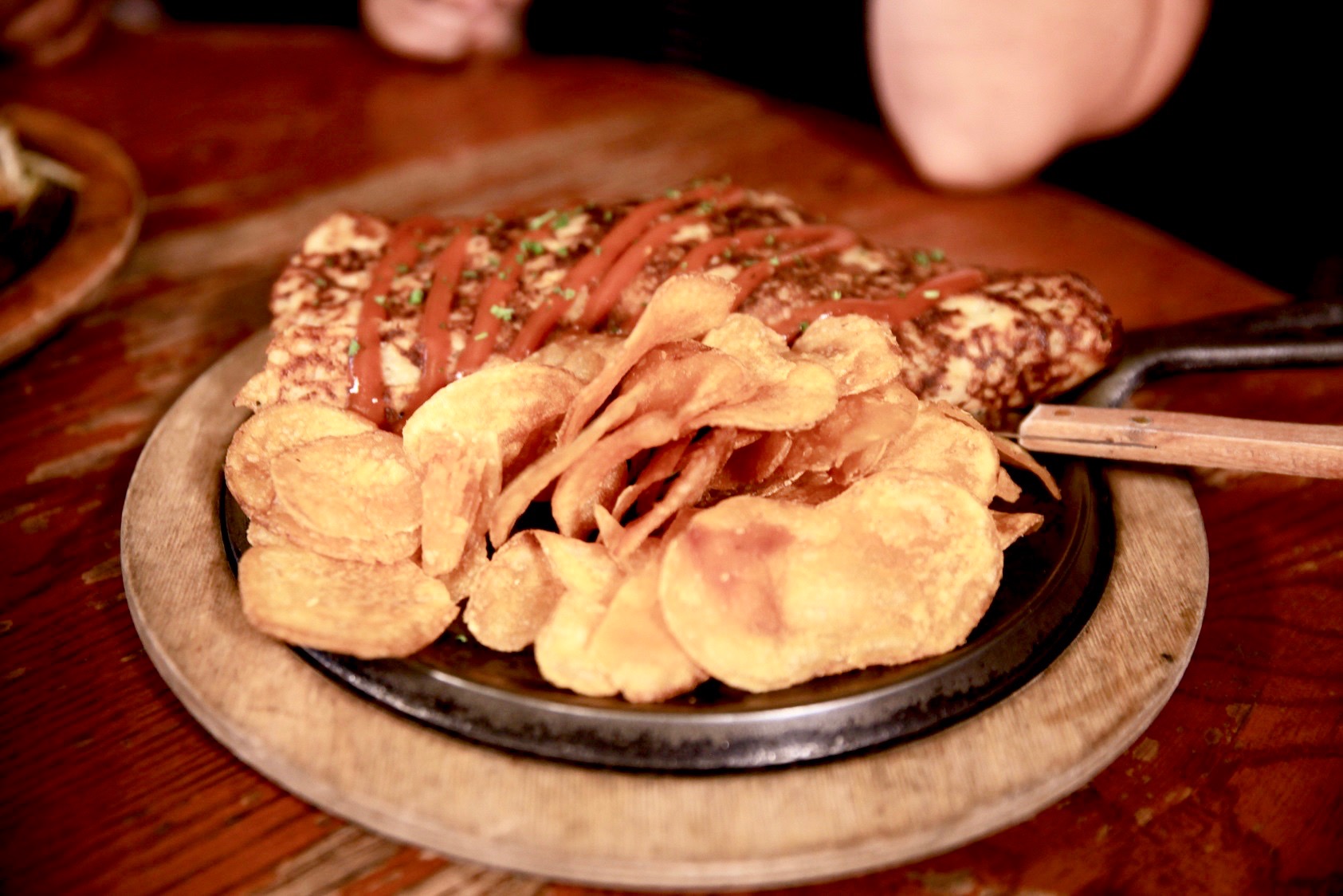 The Vitals:
the spot: The Honest Pint 1437 Market Street Chattanooga TN 37402
the eats: Smoked Sausage Boxty
the bucks: $10
the full nelson: And you thought Irish food was only about the Guinness

It is hard to imagine a hearty Irish meal without potatoes taking a lead role so it was indeed fitting that Cheap Eats found a Boxty in Chattanooga. This Celtic potato pancake retains its form thanks to mix of mashed and grated raw potato that is fried together along with eggs, flour and milk. How does this become a taco you wonder? Enter the non traditional yet very welcomed smoked polish sausage which becomes the centerpiece of the Boxty filling along with caramelized onions and an Amish slaw that features green cabbage and yellow onions which is tossed in a brown mustard vinaigrette. And yes, this is exactly the kind of food that goes with a Guinness or three. Years ago, at the Cat and Fiddle, a brit pub in Hollywood, I developed a craving for scotch eggs – another pub fare staple. Now, thanks to the Honest Pint, I can chalk the boxty up to yet another pub fare crave and even better; this one serves double duty as a post pub crawl taco meal that you don’t have to leave the bar for. That’s a Cheap Eats win. 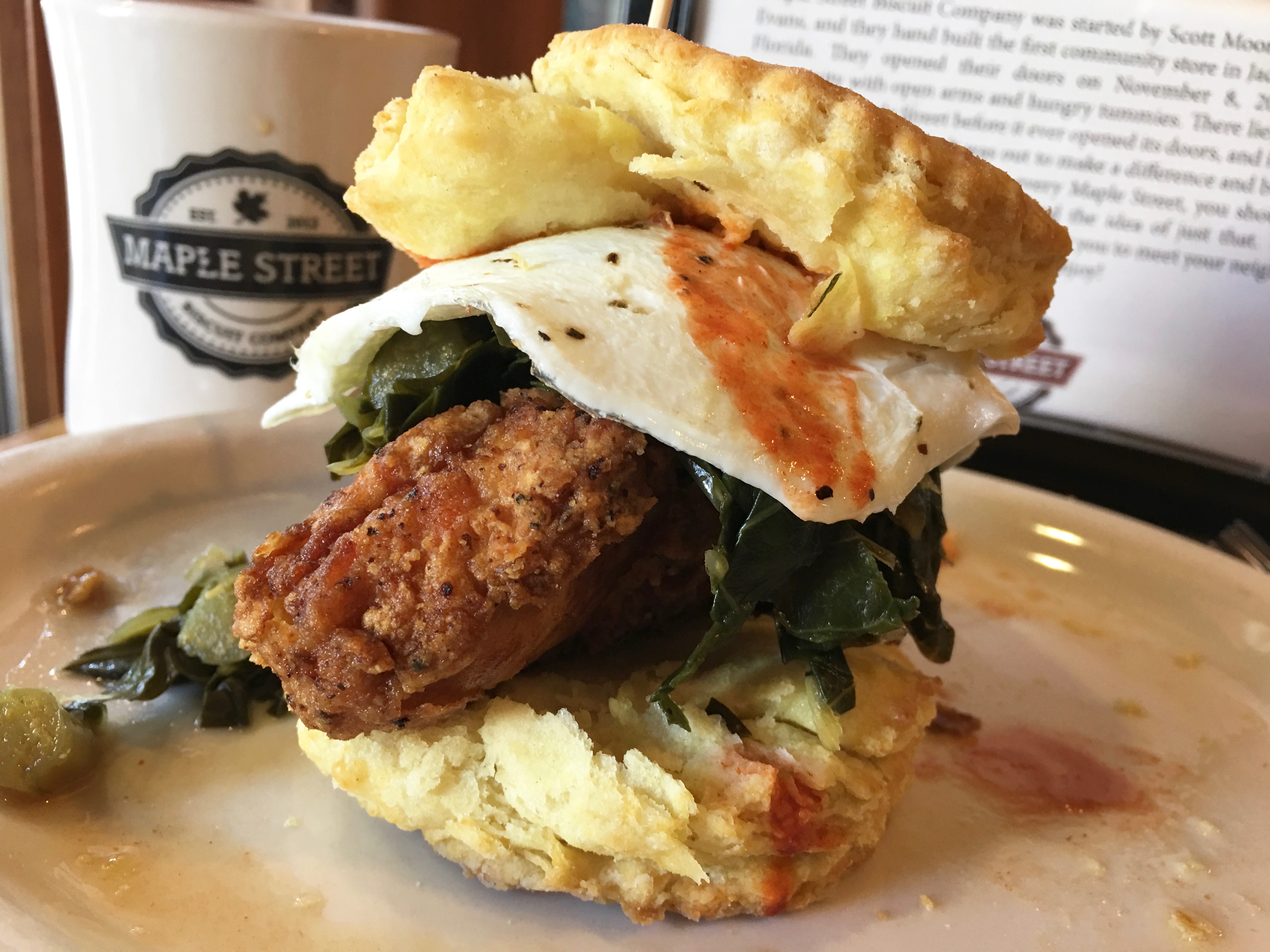 Maple Street Biscuit Company started their buttery n flaky biscuit march from Gainesville FL, with a 9th location coming to Chat-Town. This was a quick breakfast for me on an off day and fried chicken for breakfast always sounds like a good idea. So does collard greens and egg yolks and hot sauce, which made the Garden Bird a perfect choice. At $7, this was indulgent, filling and fine Southern way to start my day. With 9 other biscuit sandwiches on the menu at similar price points, I’m anxious to get back to Chat-town but then I remember they are all over Florida and I smell a new Cheap Eats episode coming in on my radar. 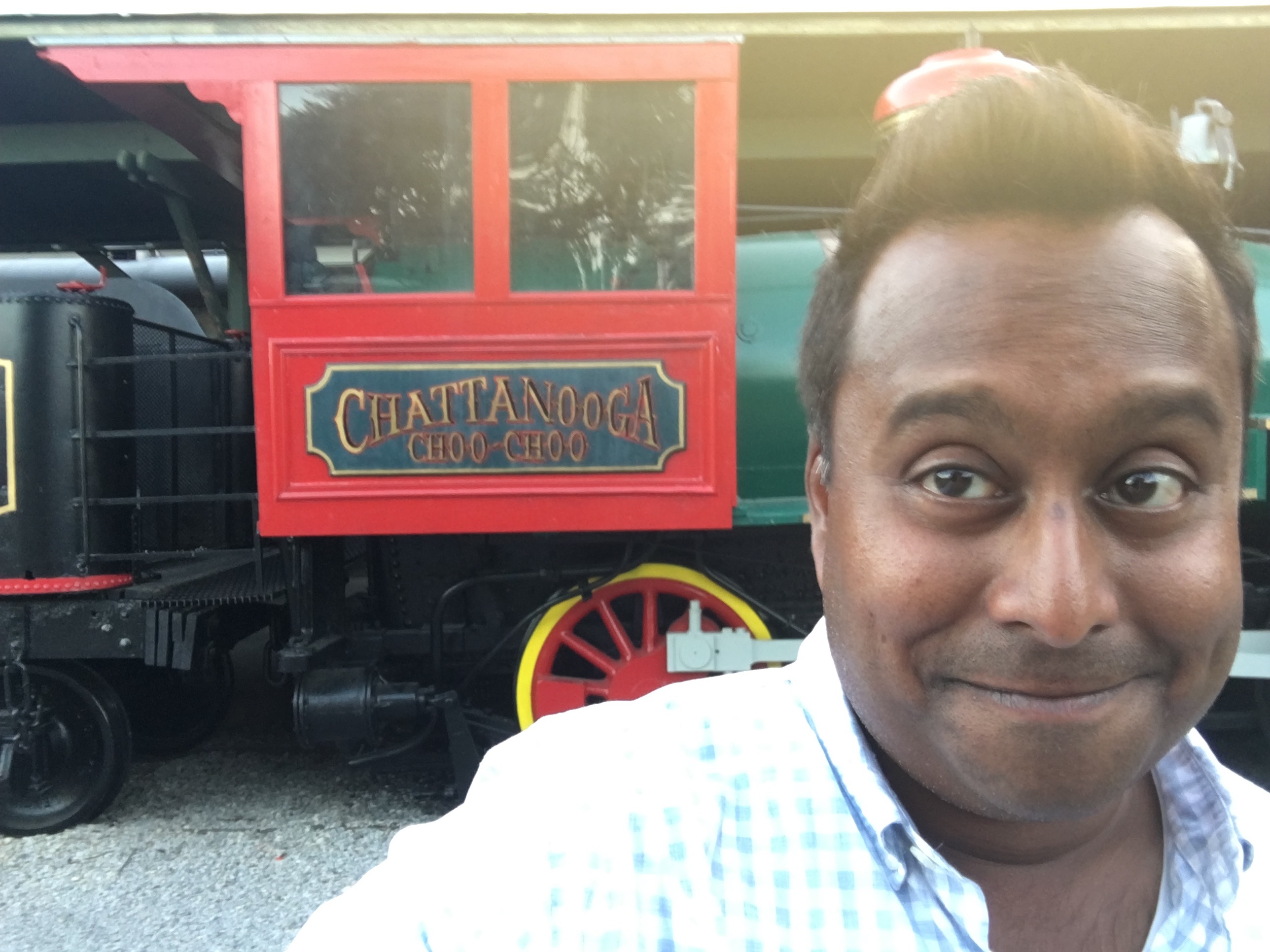 As I look back on Chattanooga I see a town looking to forge a whole new history in the 21st century, with food playing an important role. Far from being tied down to just serving Meat and Threes, the Southern roots here only serve to support young chefs looking to carve out their own piece of this current food revolution. Even with all the great food in Chattanooga, the food scene here still has plenty of blank canvas to fill – and that’s a good thing. When chefs and diners aren’t bound by tradition, new traditions take hold. This makes for an exciting future for the Nooga food scene. Of course I will always be happy to come back for seconds on everything Cheap Eats found in Chattanooga. And, next time I’m gonna ride that choo-choo.

3 responses to “Chattanooga in Requiem”