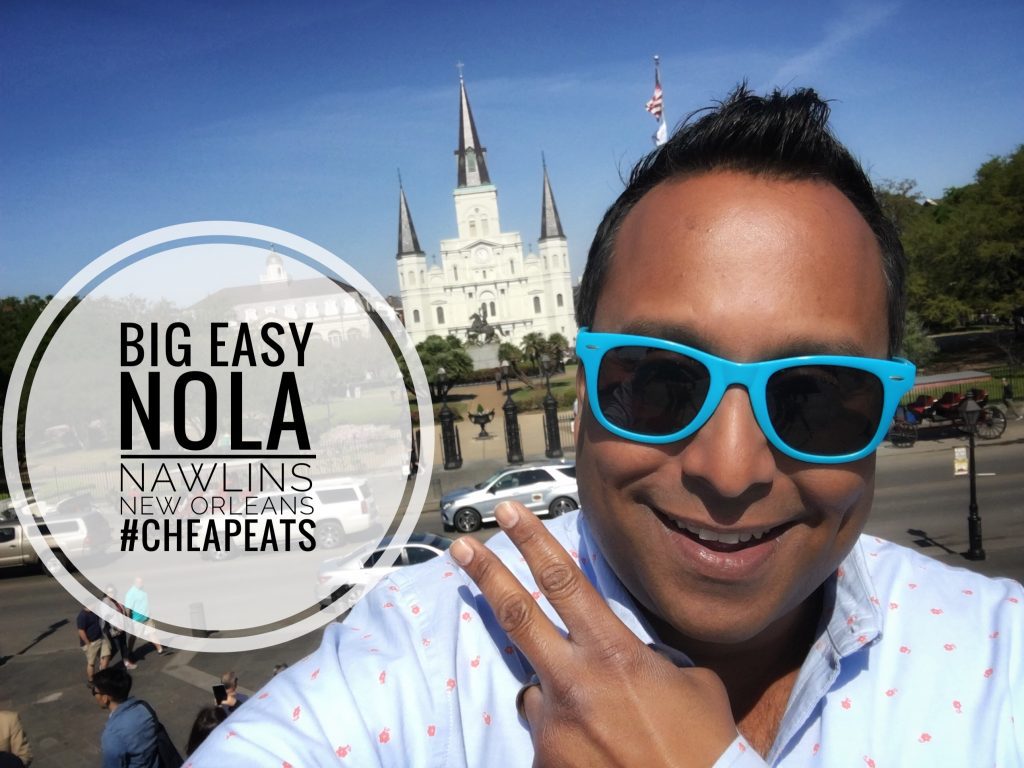 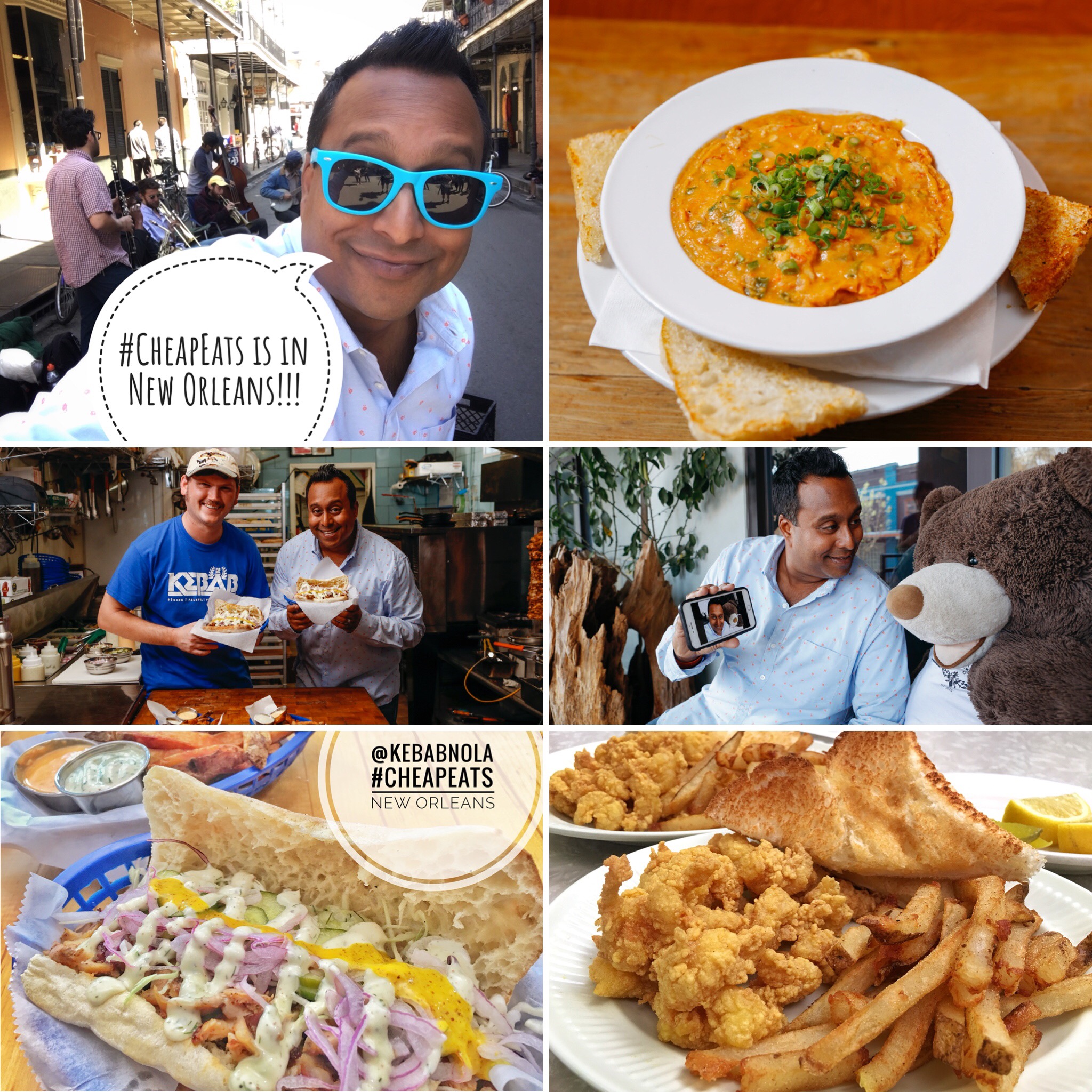 Cheap Eats New Orleans was an episode I could make over and over again, because there are just that many amazing restaurants churning out great meals at approachable prices. If love food, you know how important food is in Nola and how important Nola is to America’s food scene. I think New Orleans is the most important food city in America. No small feat considering the astounding multiculturalism of New York, the bounty of produce in California or the mind bending talent of Chicago chefs like Grant Achatz of Alinea. Why New Orleans over those cities? A tradition of eating well and on the cheap, that spurned its own cuisine: Cajun/Creole. And with that let’s take one more big bite out of Cheap Eats New Orleans! 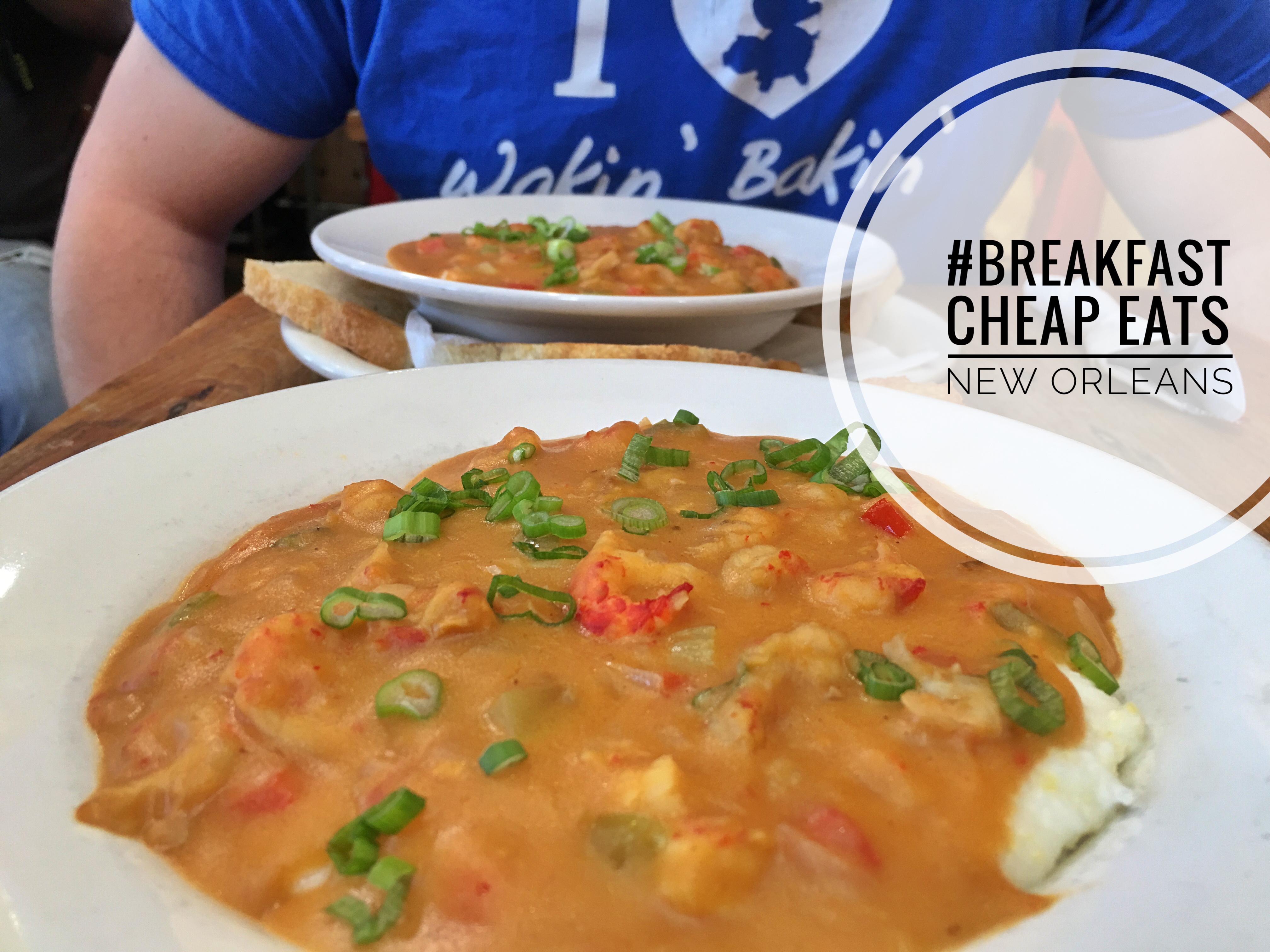 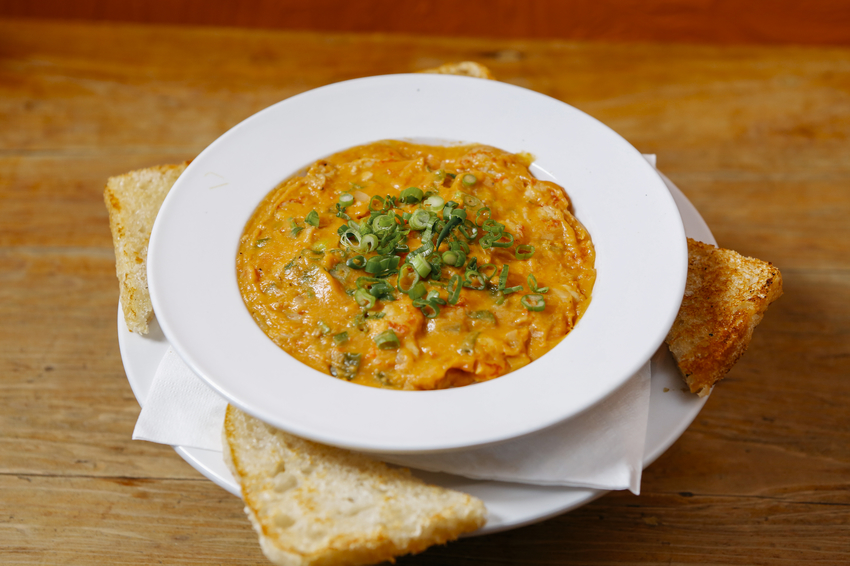 The Vitals:
the spot: Wakin’ and Bakin’ 4408 Banks st New Orleans LA 70119
the eats: Crawfish Étoufée over grits
the bucks: $10
the full nelson: crawfish for breakfast? only in New Orleans

If you did’t know folks down South eat seafood for breakfast, well you do now. I never bat an eye at any protein for breakfast and my days eating Dim Sum in Los Angeles and San Francisco make the idea of eating shrimp or crawfish in the AM a no brainer. Still, a crawfish étoufée to start my Cheap Eats New Orleans day was a bold move for breakfast. But at $10 a plate, how can you say no? Chef Zach Pizzeck informed me that étoufée is a classic New Orleans Cheap Eat. Technically creole because of the use of tomatoes, Zach kills it with this dish by being generous with the butter in the grits, cautious by not overcooking the crawfish, and goes the extra mile by incorporating a stock made from the crawfish tails. In any city, cooking like this is a straight up find, but we are in New Orleans after all and as Zack said: this town ups a chef’s cooking game. That $10 price tag though? That’s just a great start to Cheap Eats New Orleans. 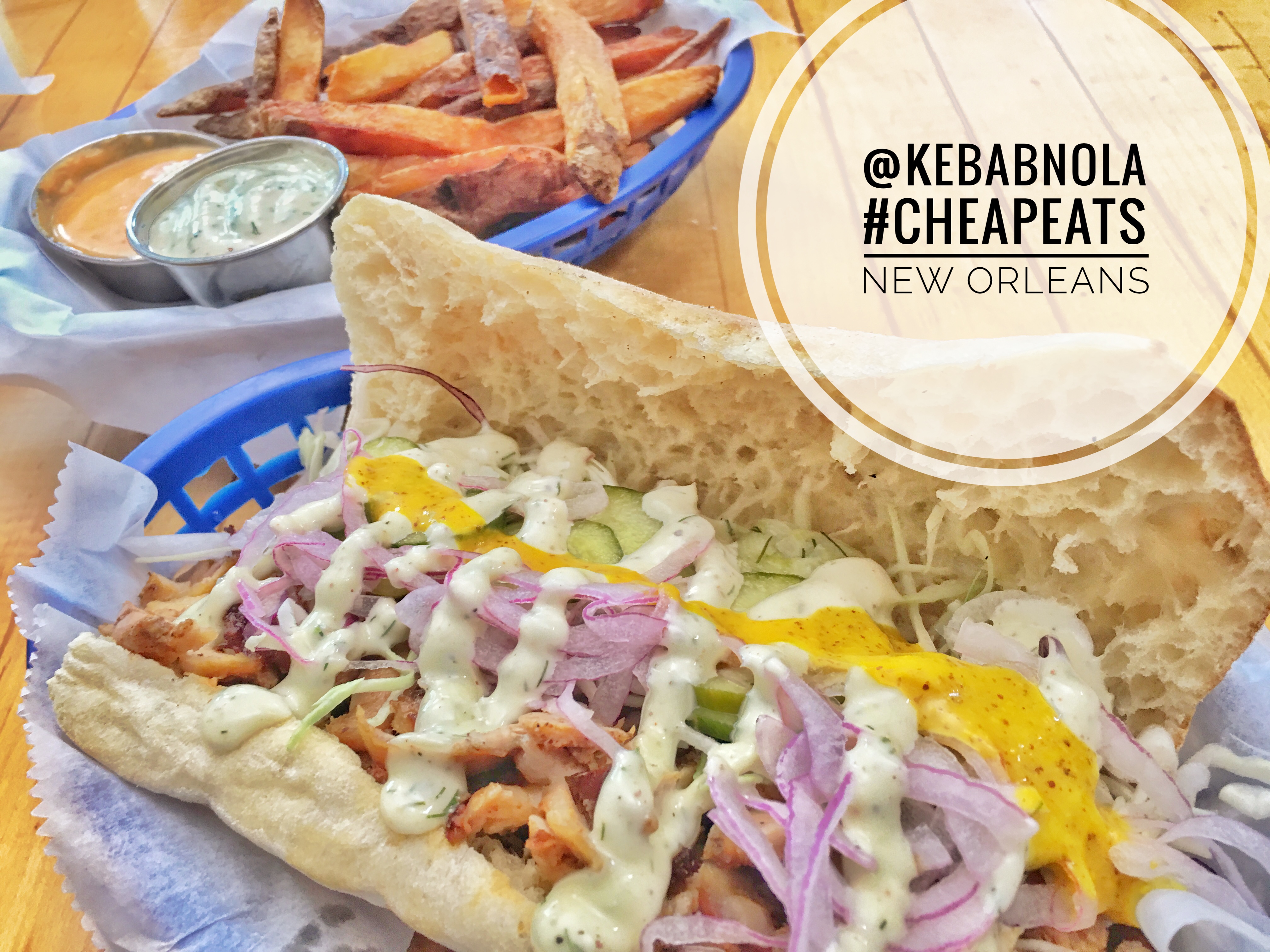 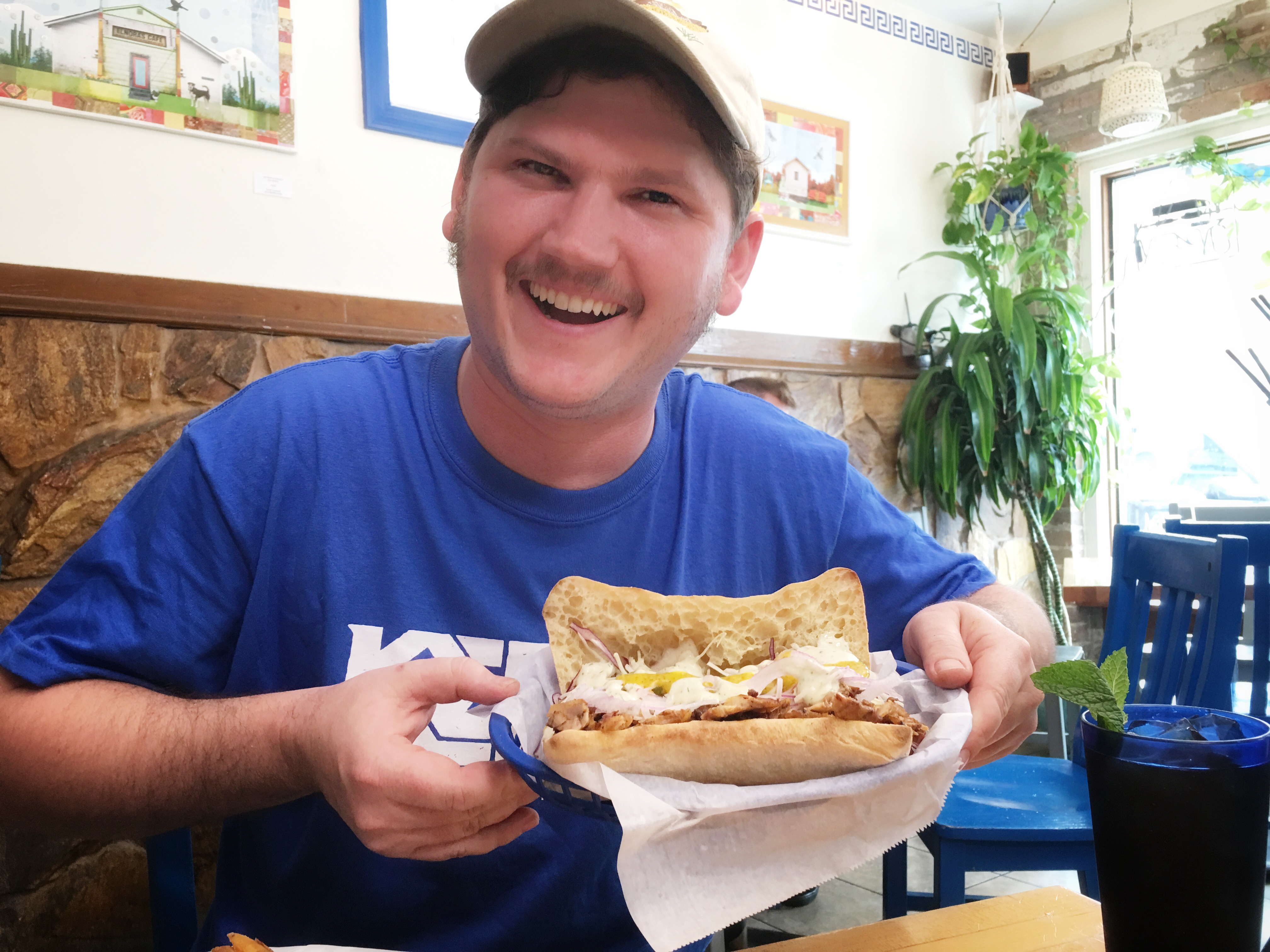 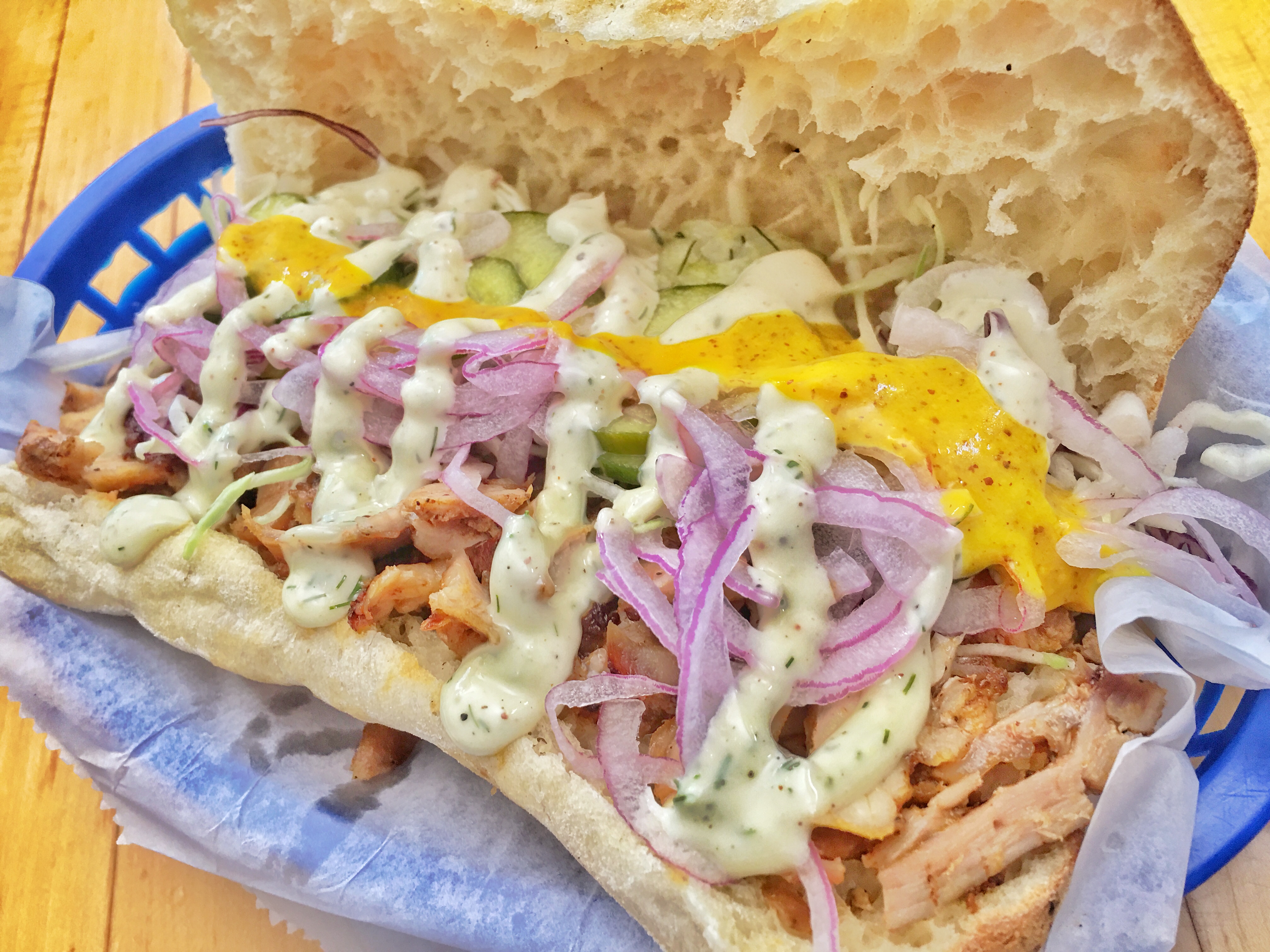 If you were tell me you went to New Orleans and ate a sandwich other than a Oyster Po Boy at Parkway Tavern or the Mufaletta at Cochon Butcher, I would say you missed out. If you said you got a Döner Kebab in Nola . . . I would say “why?” Well, thankfully great meals don’t always have to be the obvious choices, and great food happens in New Orleans beyond Cajun and Creole. It’s all thanks to Chef Walker Reisman, whose love for Döner Kebab, a Turkish version of Gyro/Shawarma, brought him to New Orleans and set up what I think is some of the best Bang for your Buck Middle Eastern inspired eating I have found yet. Big ups for the pasture raised chicken which Walker sources locally and I always love a chef that gets into the little details like making your own mustard. New Orleans is a great town for bread and it shows with the fresh baked rolls this Döner sandwich comes on.

Now before we move on to the sweeter things in life, I suppose some will comment on why Walker uses a roll versus a more traditional pita. His inspiration for döner comes from the versions in Germany, where Döner is immensely popular, especially among the late night crowd. Well whether you have this for lunch or dinner; factor in the quality chicken and the size of this hefty sandwich, you my friend have one solid Cheap Eats New Orleans meal. Pro tip – try the pork too – it is out of this world! 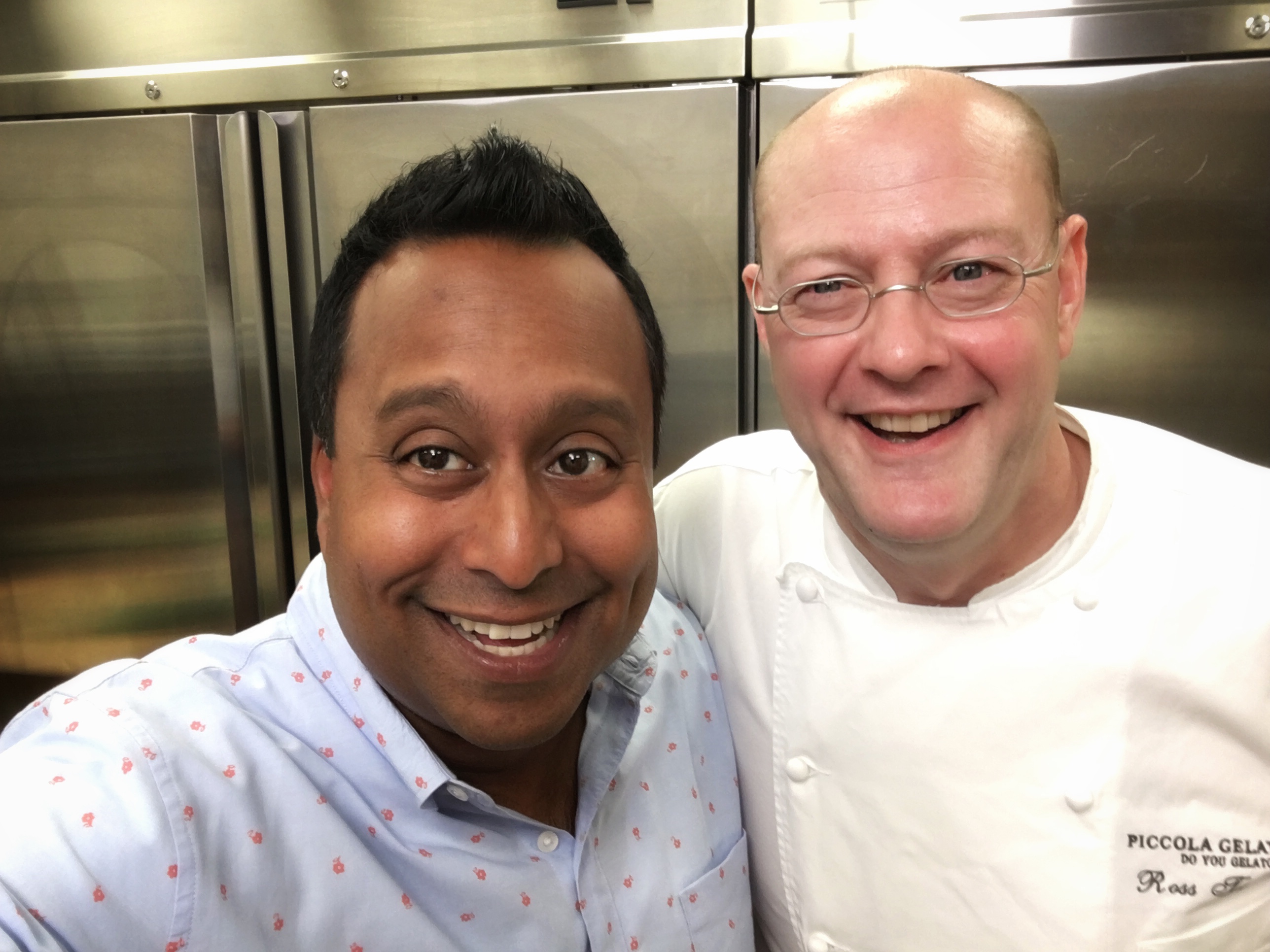 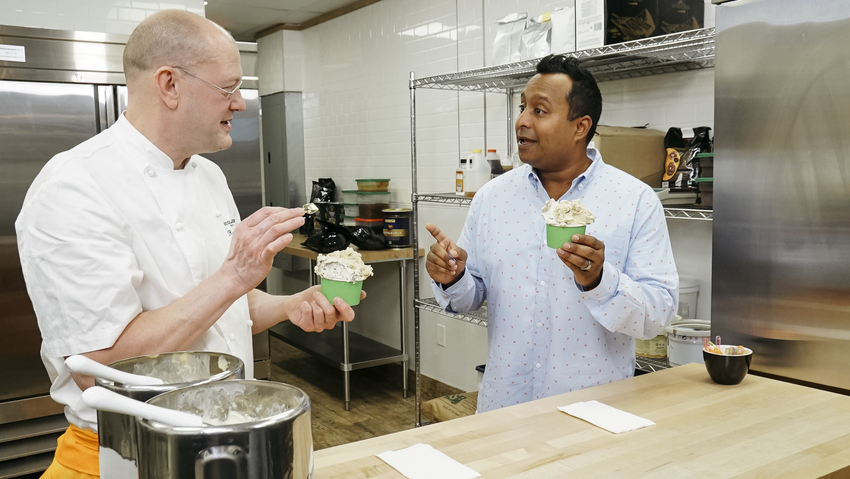 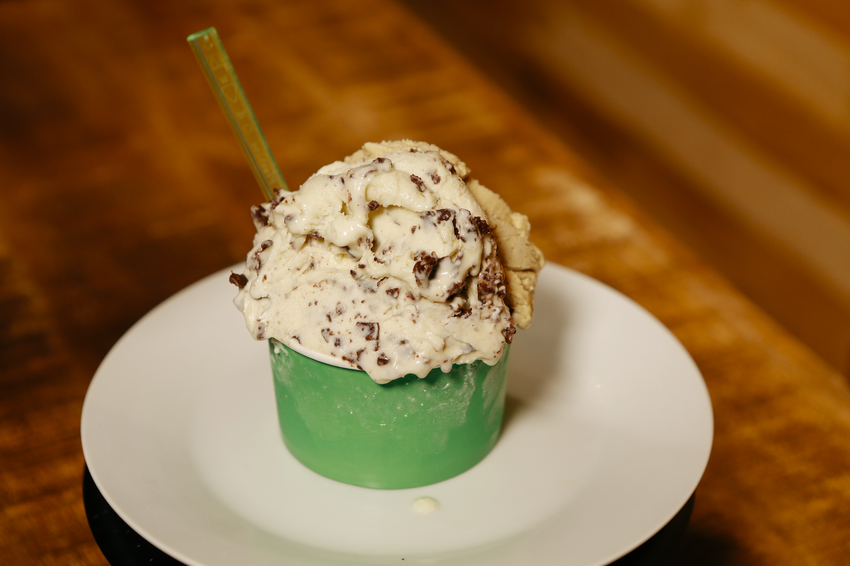 The Vitals:
the spot: Piccola Gelateria 4525 Freret st. New Orleans LA 70115
the eats: Double Scoop: Straciatella and Pistachio
the bucks: $5.50
the full nelson: The path to being an ice cream snob begins with Gelato

I consider myself more of a savory than a sweet eater. Give me some chocolate ice cream around dessert time and I’m a happy man. Up it to Häager-Dazs and I’m a very happy man. But the ice cream game goes way beyond the deluxe shelf at the super market. Just ask Chef Ross Turnbull, who cranks out legit gelato thanks to his near obsession with making the best product he can, and a $50,000 gelato machine. Boys and their toys right? You really can’t go wrong here but I am glad I heeded Ross’ advice and tried the pistachio: which is a true measure of a Gelateria. Like fine dining, the ability to exalt more unusual flavors often makes a more memorable experience. And I’m glad I listened to my gut and got the Straciatella, thereby sating my chocolate fix. At two scoops for $5.50, you can’t not try two flavors. Play your cards right you can walk out of here satisfying “the kid in you” ice cream fix while educating yourself on how gelato is meant to be done. 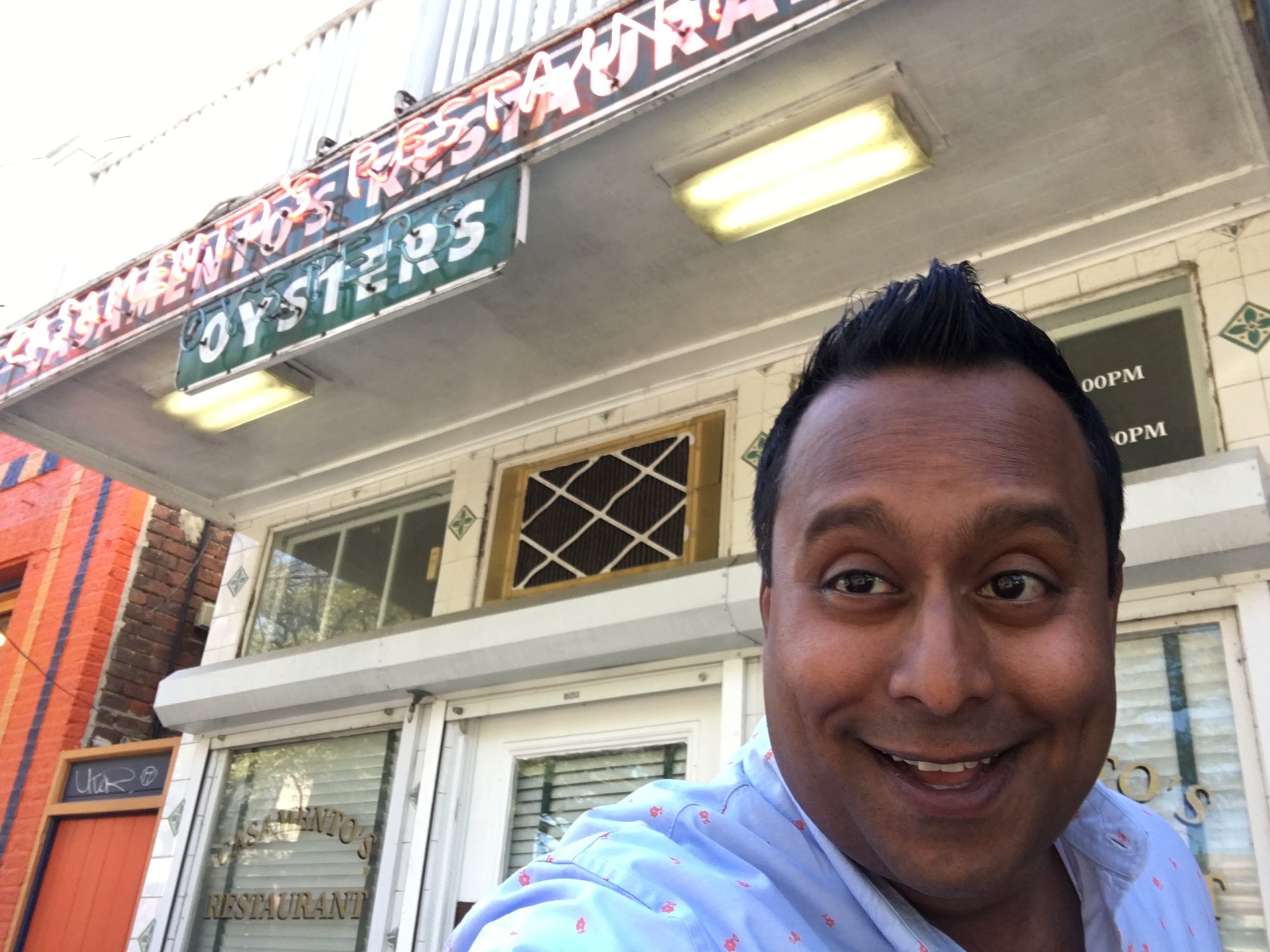 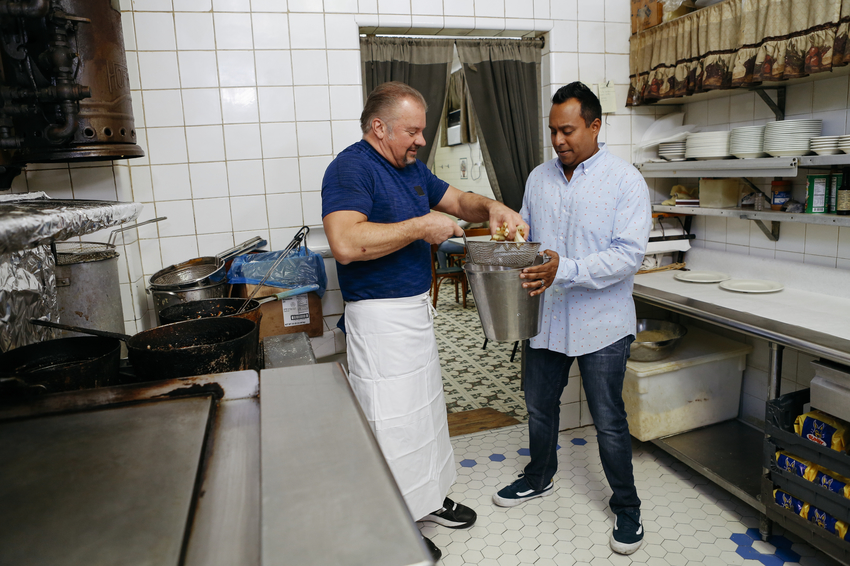 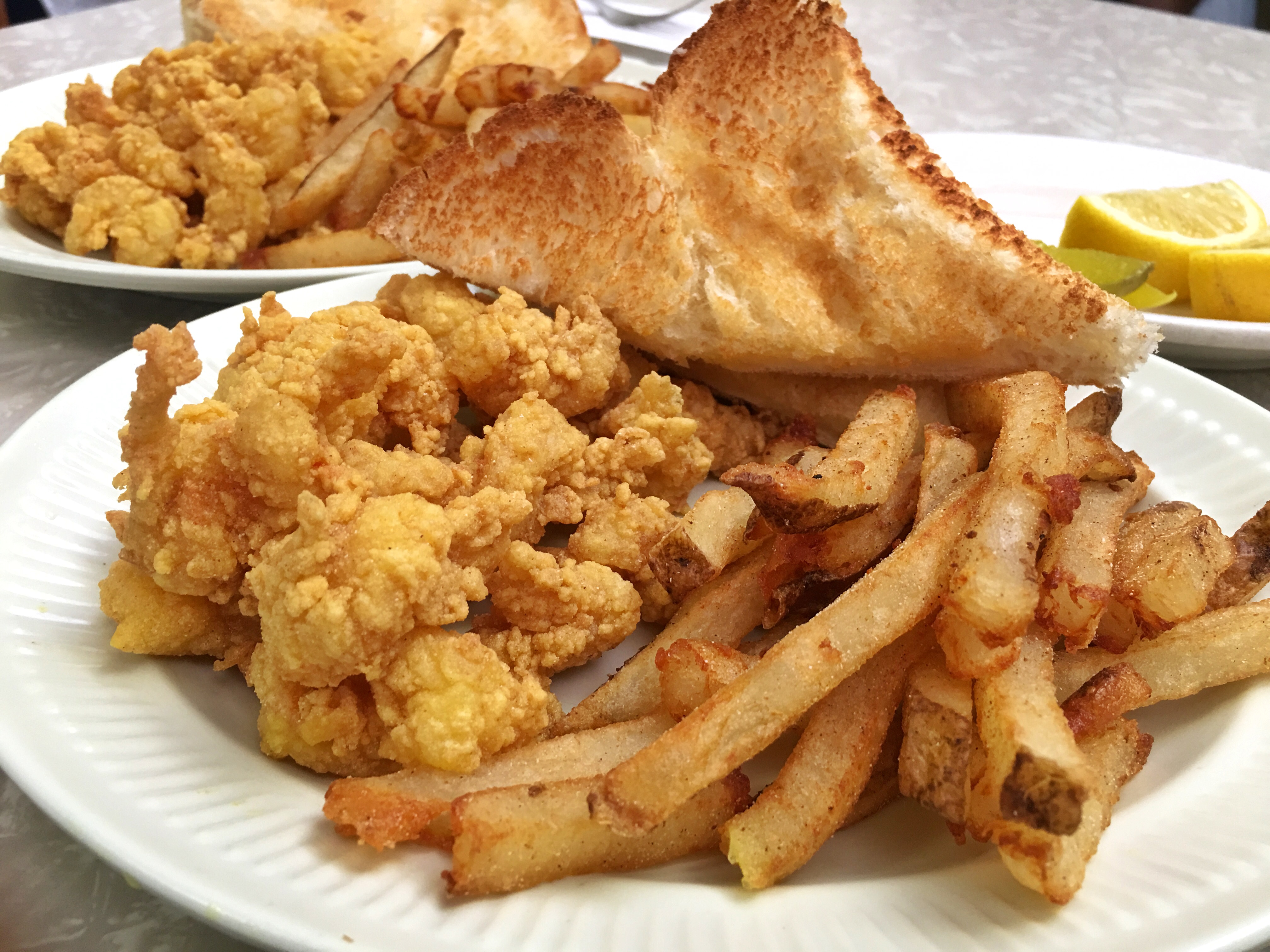 The Vitals:
the spot: Casamento’s Restaurant 4330 Magazine st. New Orleans LA 70115
the eats: Double Scoop: Straciatella and Pistachio
the bucks: $8.75
the full nelson: As good a fried shrimp gets

Casamento’s is one of those restaurants that doesn’t need a website. You don’t need yelp reviews or even this show to tell you need to eat here. Just stroll down Magazine Street and try and not to walk through that door. As legit as a Nola restaurant gets, the history just emanates from the front door, all 99 years of it. Fried shrimp and fries need no up sell. Once Chef CJ Gerdes said they were both fried in lard, I knew that tartar sauce was not even necessary. This shrimp plate for just under $9 is a solid deal but don’t sleep on splitting a dozen of raw oysters too. This is one of those Cheap Eats restaurants that you want to split an extra entrée at. As solid as the entrée prices are, the food is too good not to over order. You have been warned. 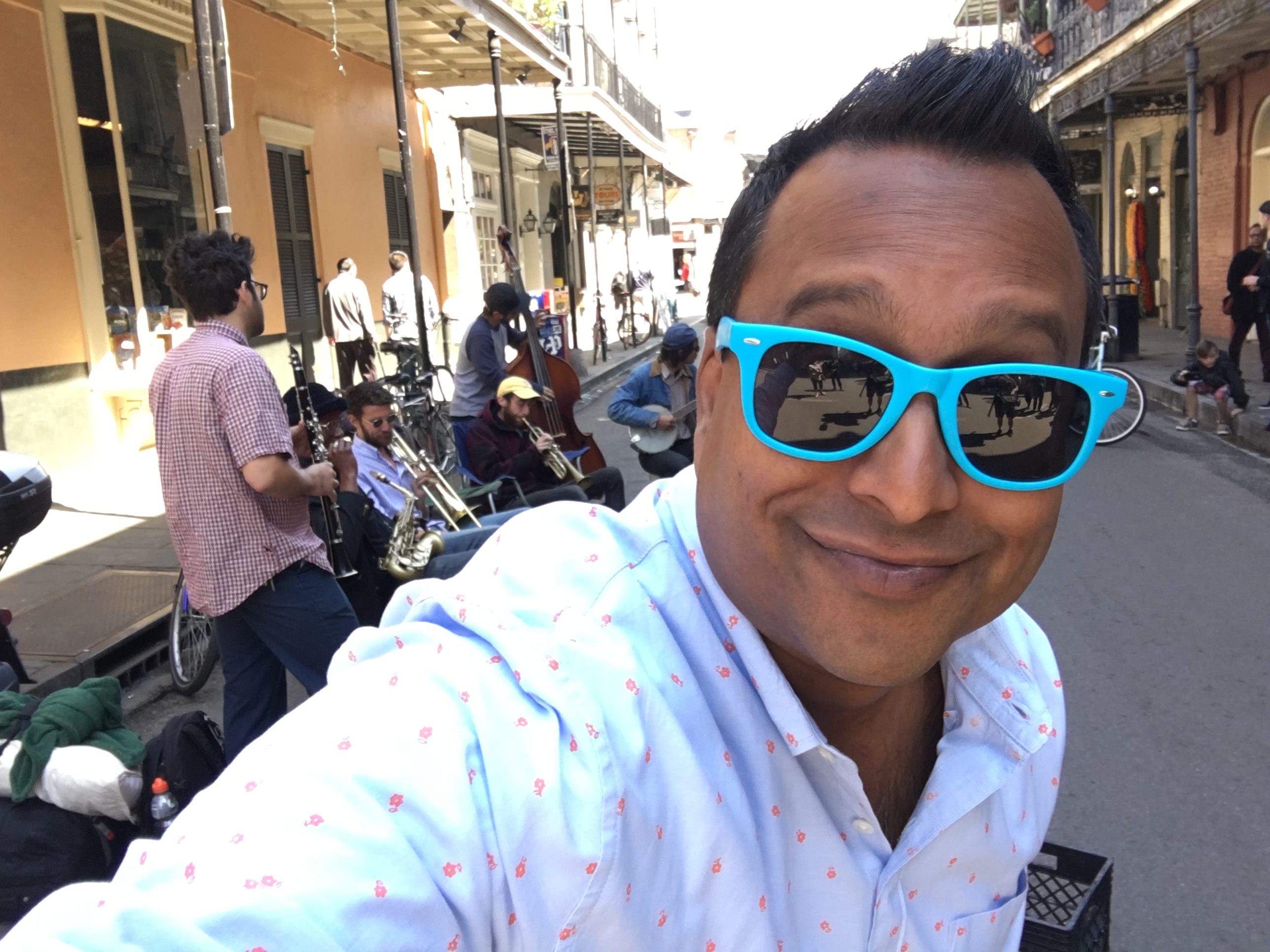 And that is all she wrote for Cheap Eats New Orleans! Like I said, I could do this show over and over again- there’s just that much great food in this city. All I can say is, if you have never been: GET YOURSELF TO NOLA. And if you have gone, please let me know where you go back to. Unlike Las Vegas, what happens in New Orleans doesn’t stay in New Orleans! Like all great meals, its meant to be shared.