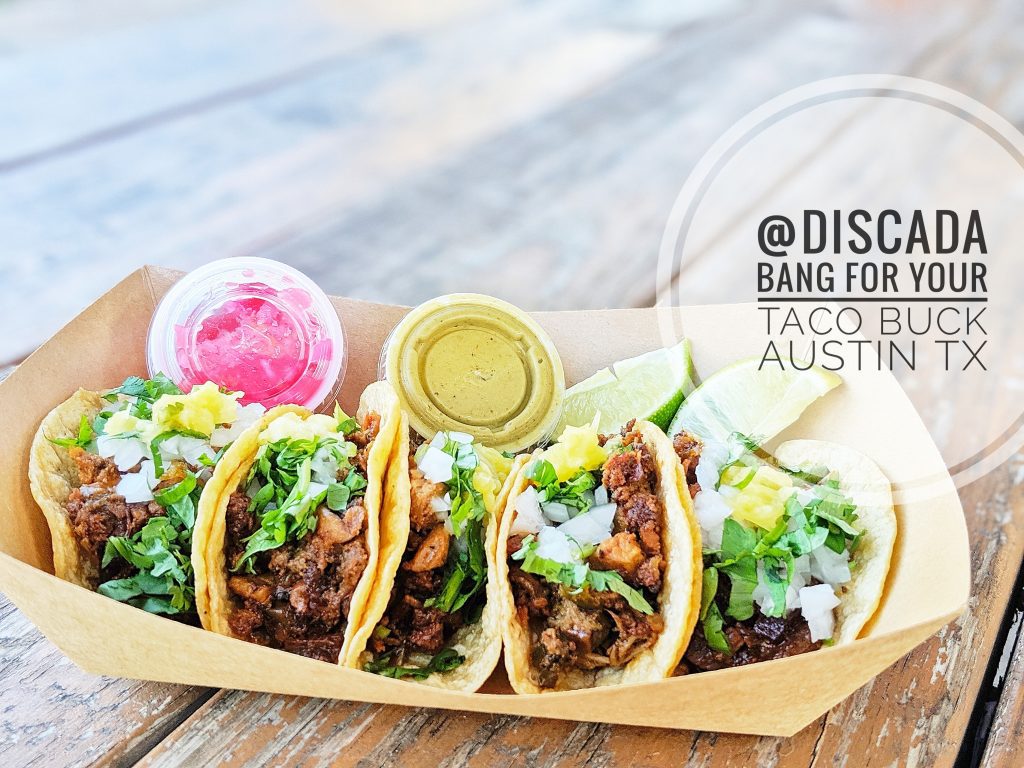 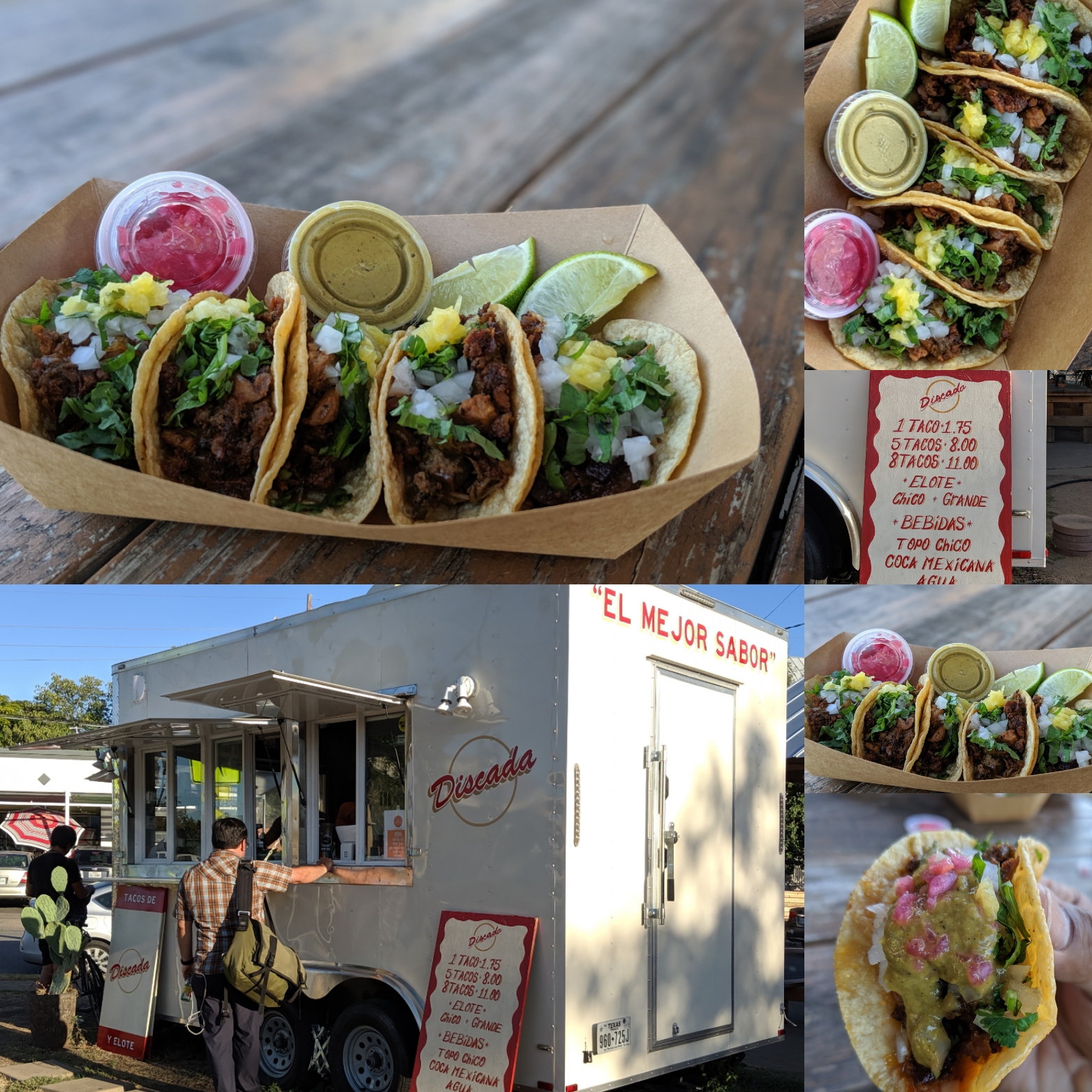 The Vitals:
the spot: Discada 1319 Rosewood Ave Austin TX 78702
the eats: Discada taco
the bucks: $1.75 each, 5 (for $8) will do you right
the full nelson: a Northern Mexican taco delicacy makes its way to Austin TX

Discada tacos are a meaty mishmash of several popular taco meats like steak and chorizo that somehow makes room for hotdogs, bacon, bell peppers and onions, just to name a few. Usually these kinds of concoctions are found on Taters Tots in an episode of Diners, Drive In and Dives. However if you find yourself in the Northern states of Mexico, or in this case, Austin TX, you just might encounter this at a taco stand.

You also might find yourself as surprised as I was when I bit into one of these tacos and acknowledge that sometimes “everything but the kitchen sink” recipes do produce something greater than the sum of its parts. That was a lot of words to describe what can summed with this pic and caption: 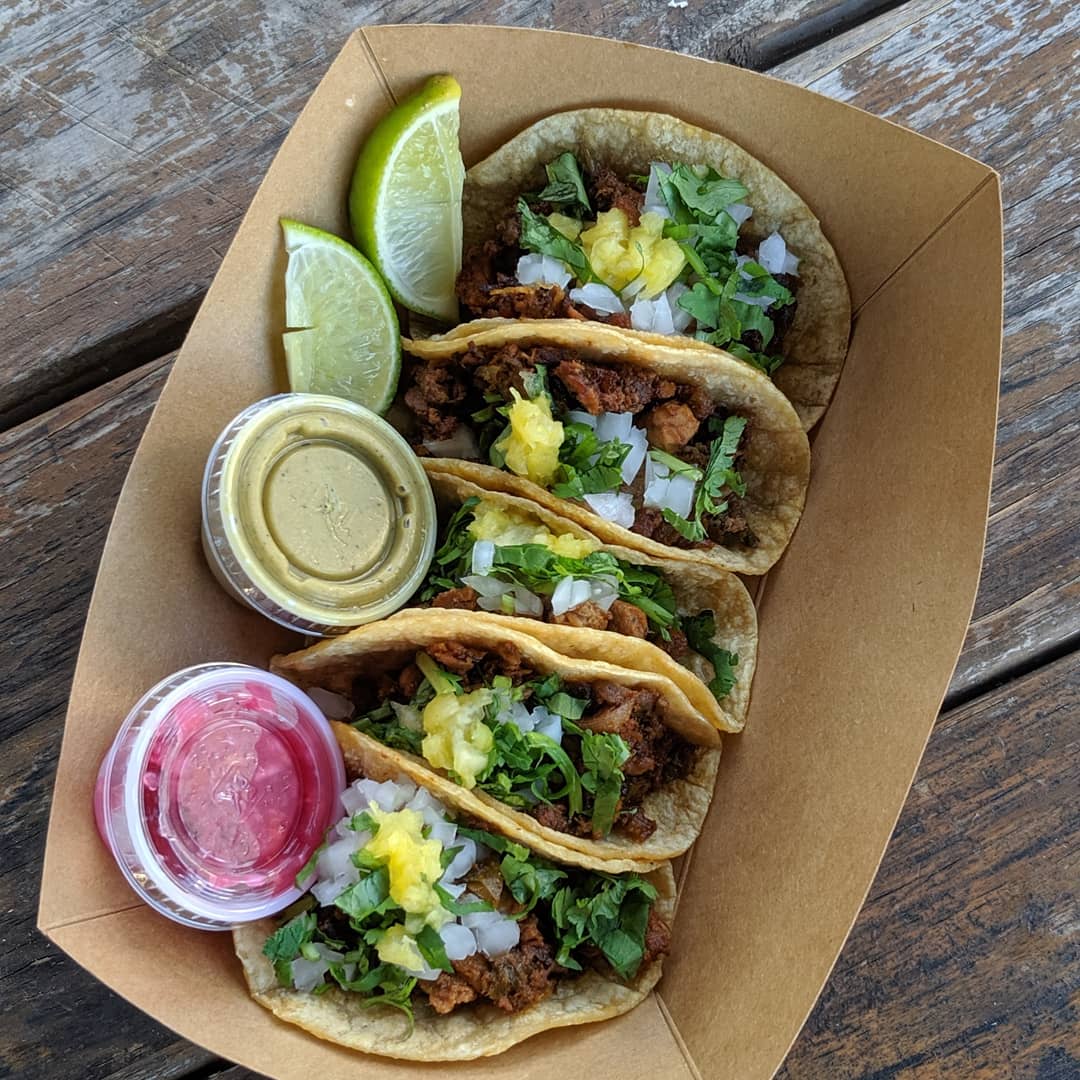 And on a tortilla no less. Not only are these tacos pretty damn tasty but they are cheap too. These are true street tacos where three or more are whats necessary to feel satisfied at a single sitting. At these prices though, you might as well get 5. 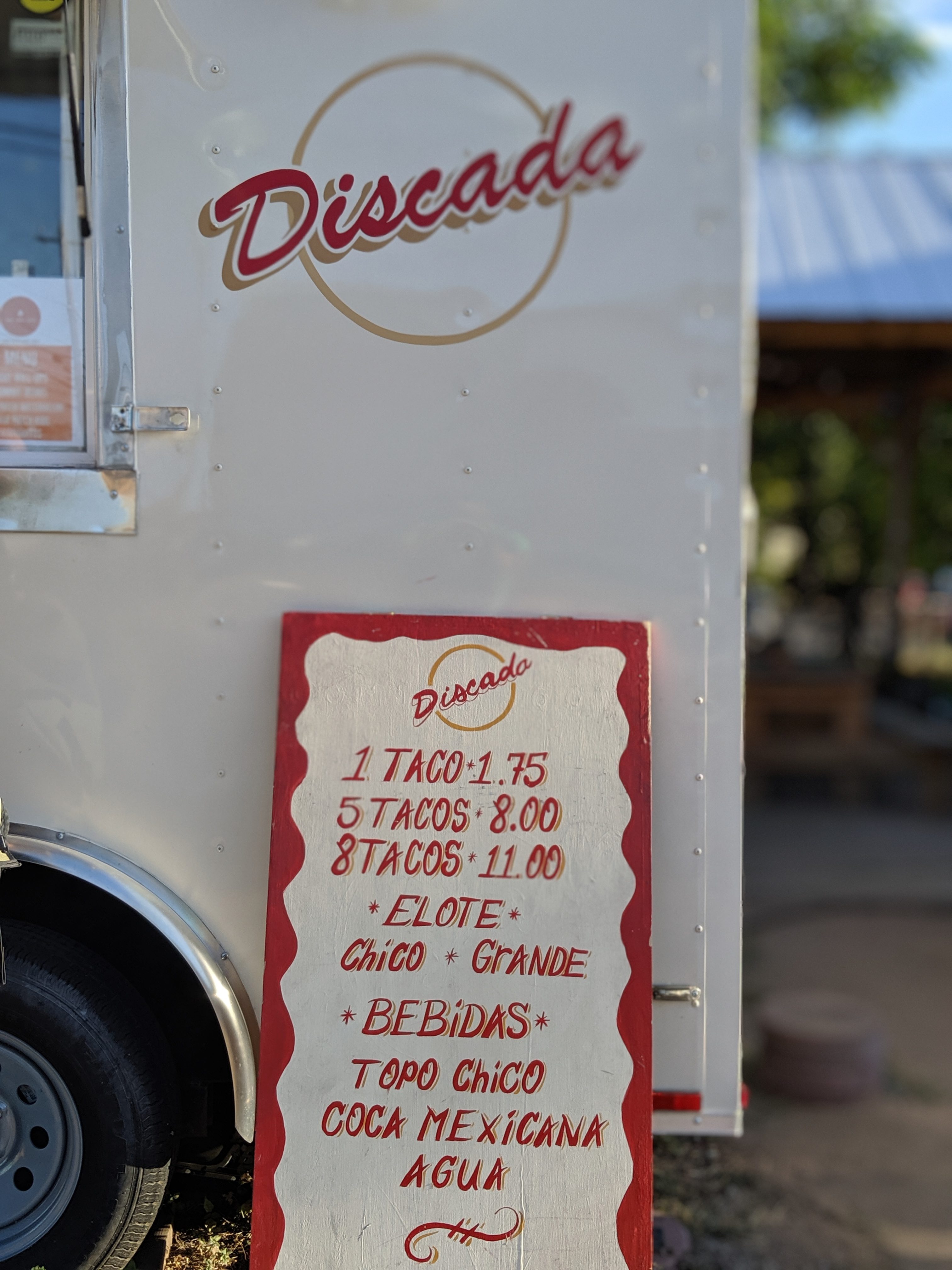 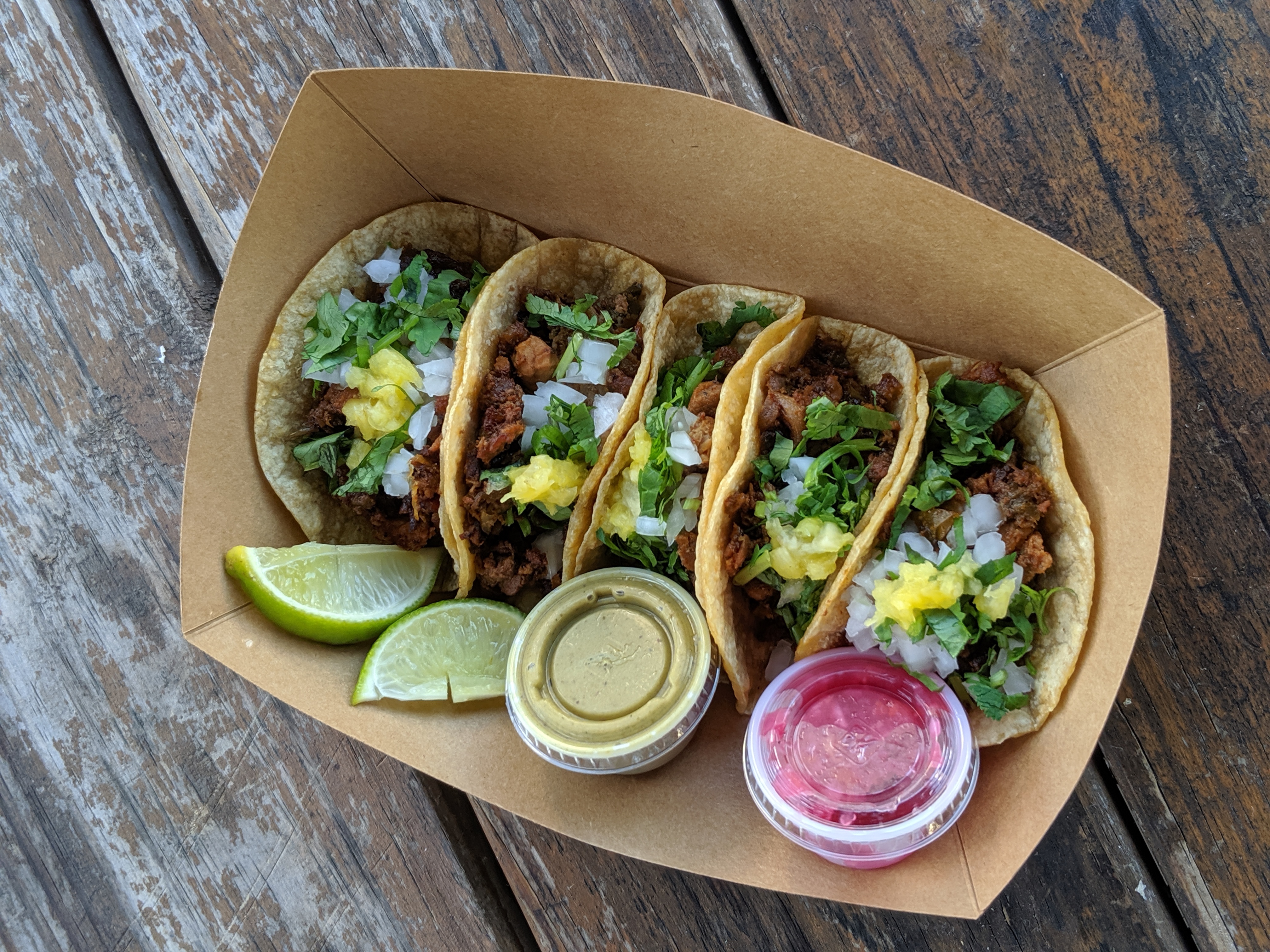 The green salsa on the left packs a sharp punch and the pickled red onions are highly recommended. You really can’t overwhelm these meaty morsels with heat or acidity. To say these tacos taste “meaty” is an understatement but at the same time it was a flavor experience I can’t readily find a comparison too. Of course the taste of all these meats: steak, chorizo, bacon, hotdogs are familiar canon. But when cooked together, the flavors and texture converge to a taco filling like no other I have experienced. 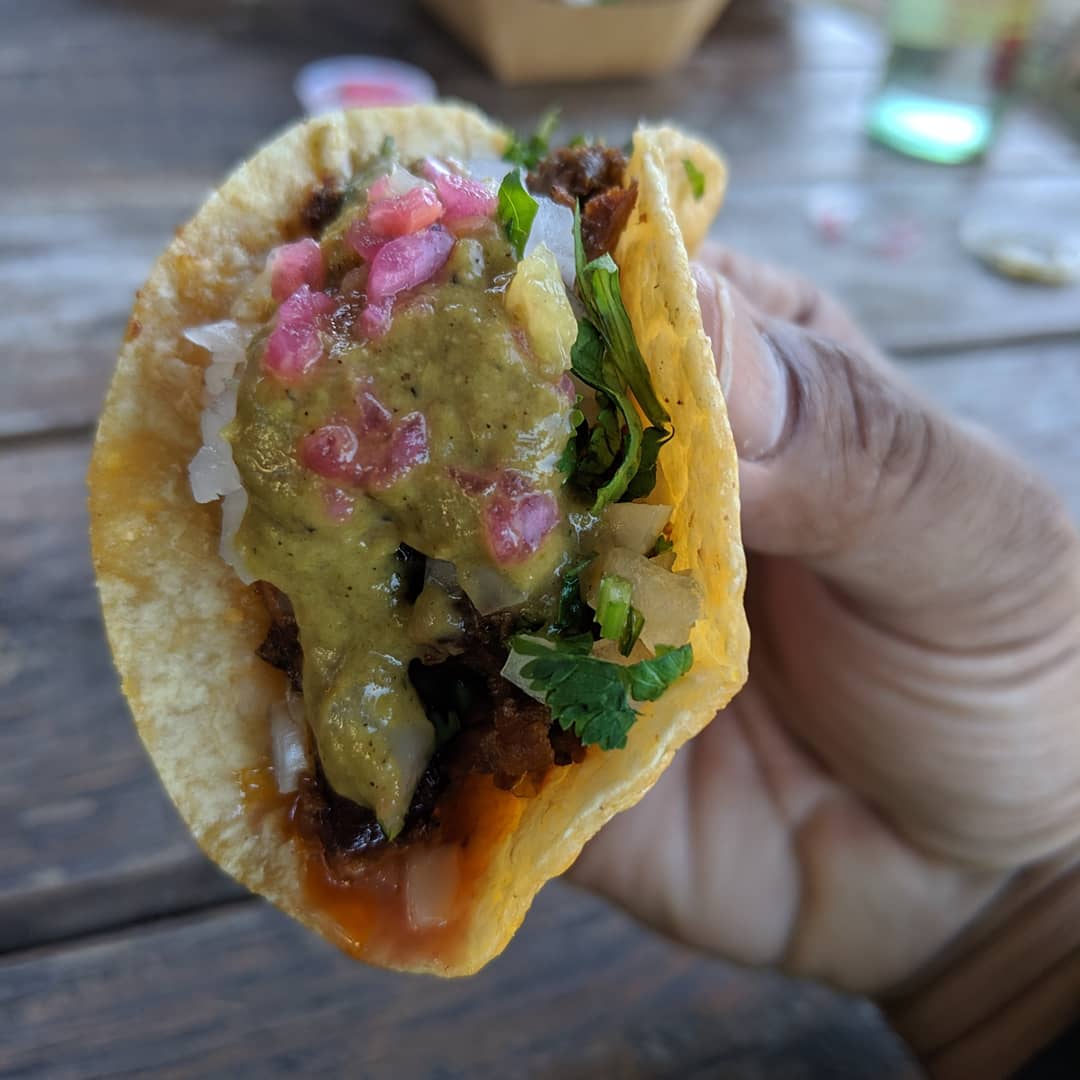 Craving a taste of this mystery meat taco I undertook a second visit and took taco scholar/taco editor of the Texas Monthly, Jose Ralat of Texas Monthly along for the ride. On that occasion I remarked that eating Discada was like eating meat “fond”, you know the stuff you scrape up and deglaze when searing meats to make a braise. Or its like a taco meat version of caramelized onions. 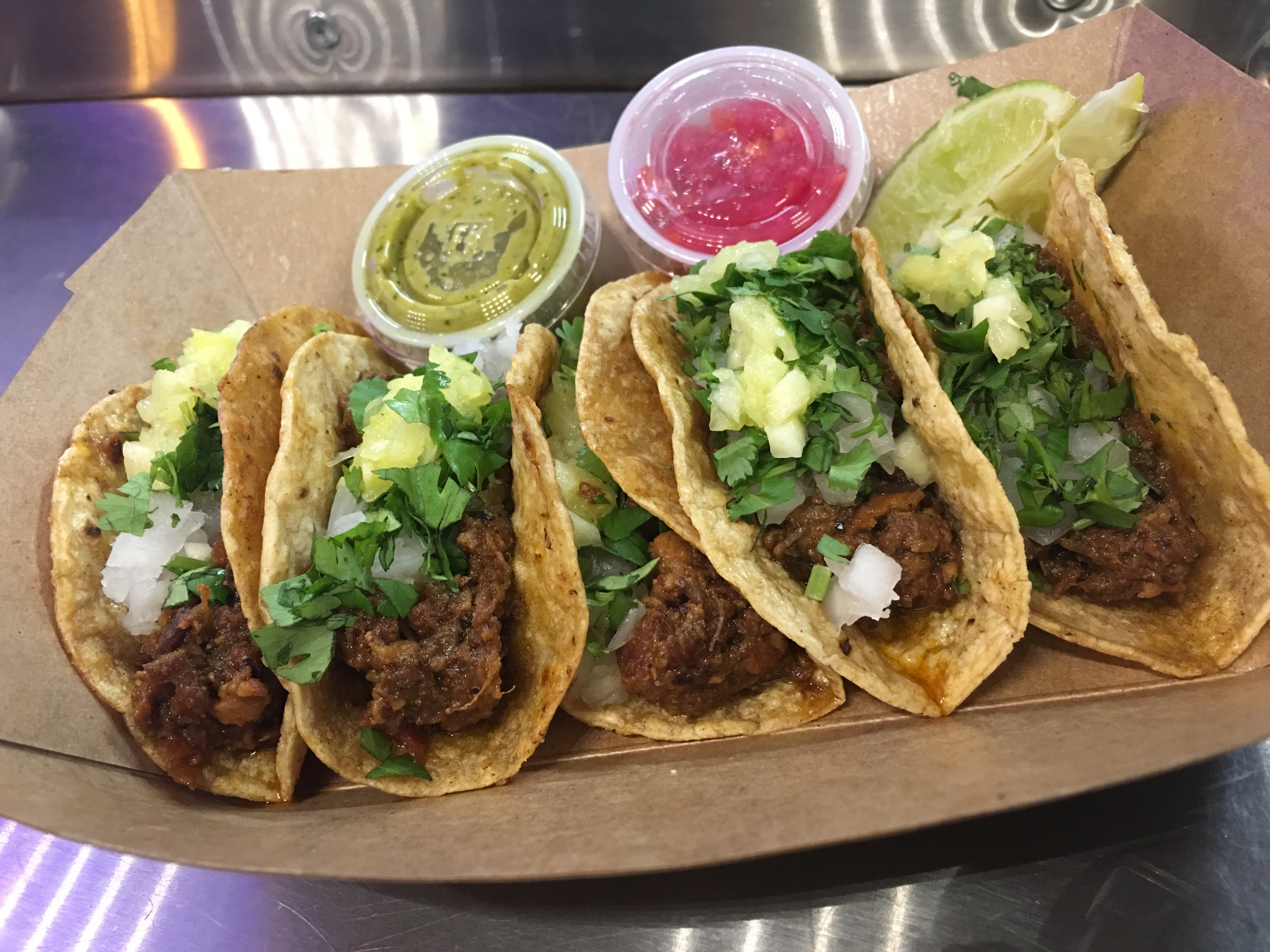 At this point its probably timely to point out that Discada is a cooking vessel, a metal plow used to, well I guess plow fields. Whatever its original purpose, it makes for one hell of a wok which is probably where the taste of well seared meat comes into play. Its a taste you soon crave and that craving makes Discada taco runs pretty habit forming.

Especially when you can pick up that plate of tacos below for 5 freaking bucks. 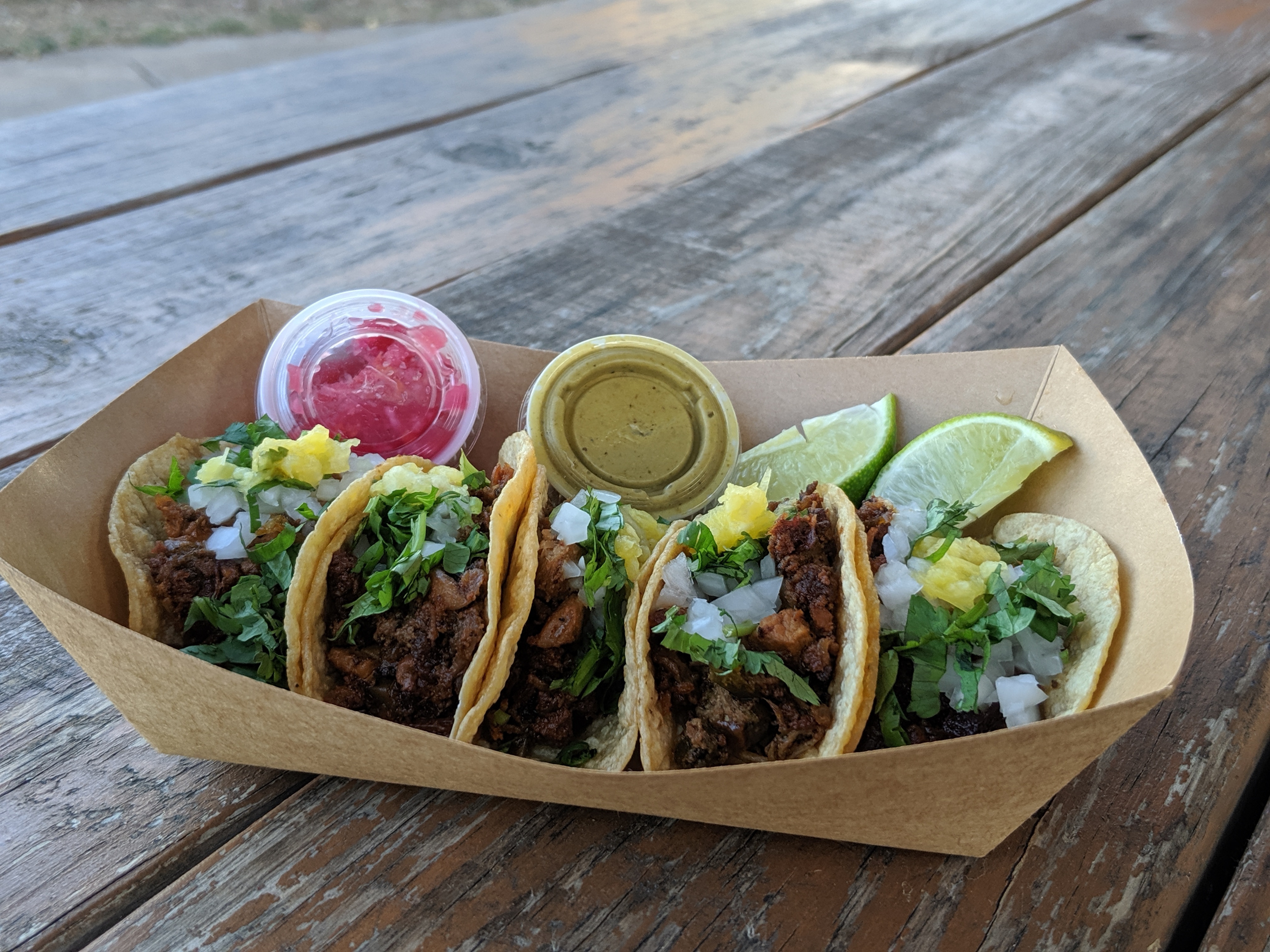