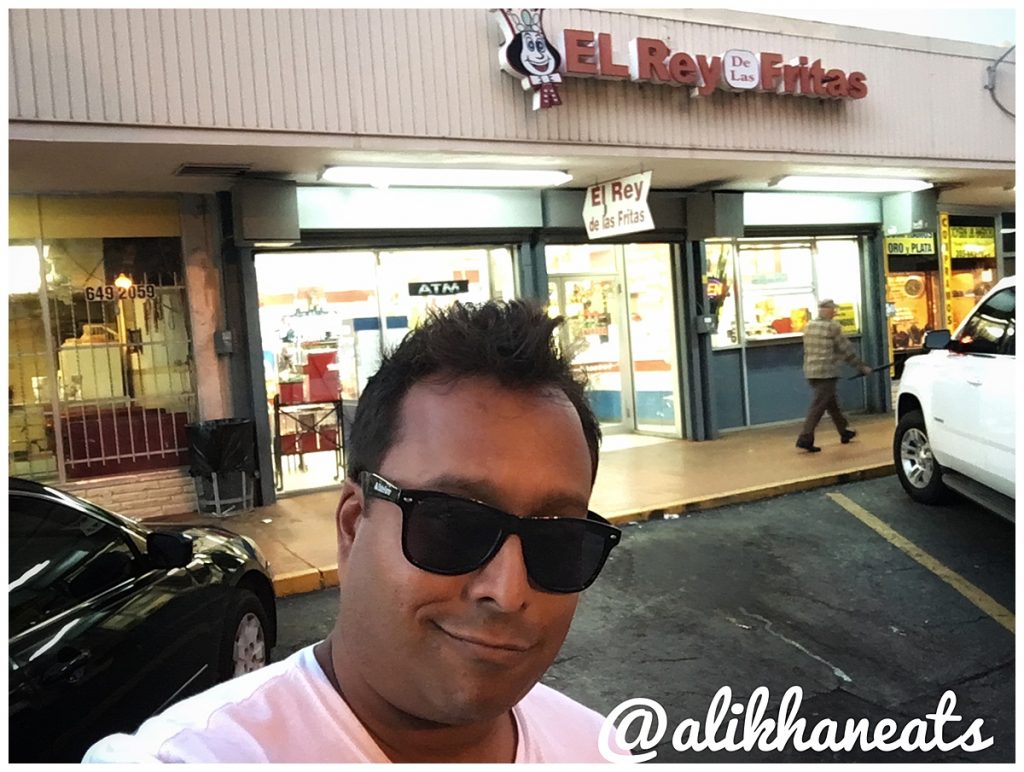 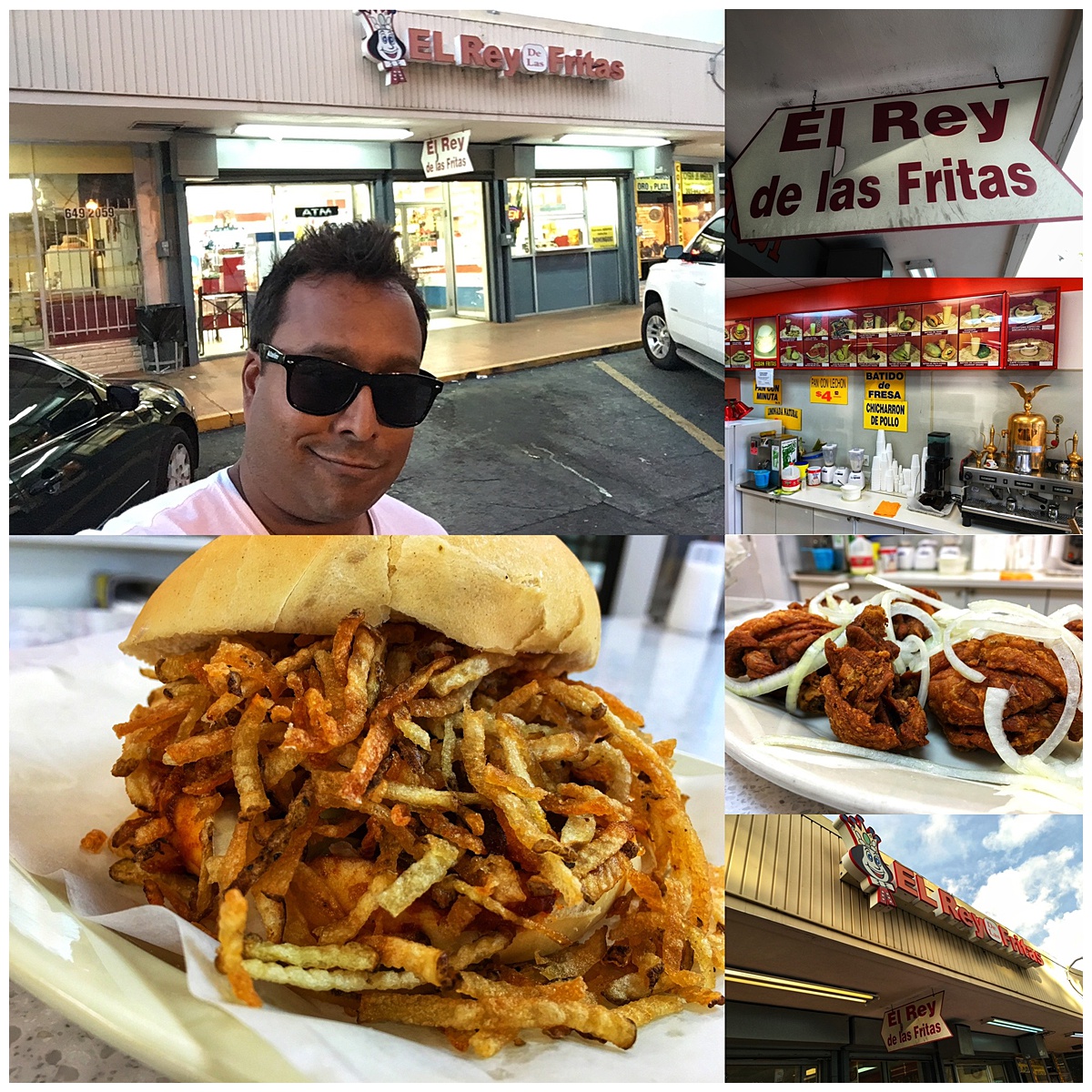 The Vitals:
the spot: El Rey de las Fritas multiple locations in Miami FL
the eats: Frita burger, Chicharron de Pollo
the bucks: $5 for the burger, $11 for the Chicharron plate
the full nelson: a burger to cross off the bucket list and a taste of classic Little Havana

In case you were wondering, this post is a bit of a throwback. Sitting in a dropbox folder gathering cyber dust, I plucked these pics from my 2016 visit to Miami, where we shot an episode of Cheap Eats back in Season One. Miami is an epic city. From the iconic TV shows(Miami Vice and I’ll even take CSI Miami) to the dynamic Latin culture, plus nightlife and gorgeous weather it’s easy to skip over the food. Don’t do that. The dining scene has evolved a lot, especially in the last 10 years. As great as that is for Miami, it’s important for visitors like you and me to pay homage to the tried and true, like El Rey de las Fritas. 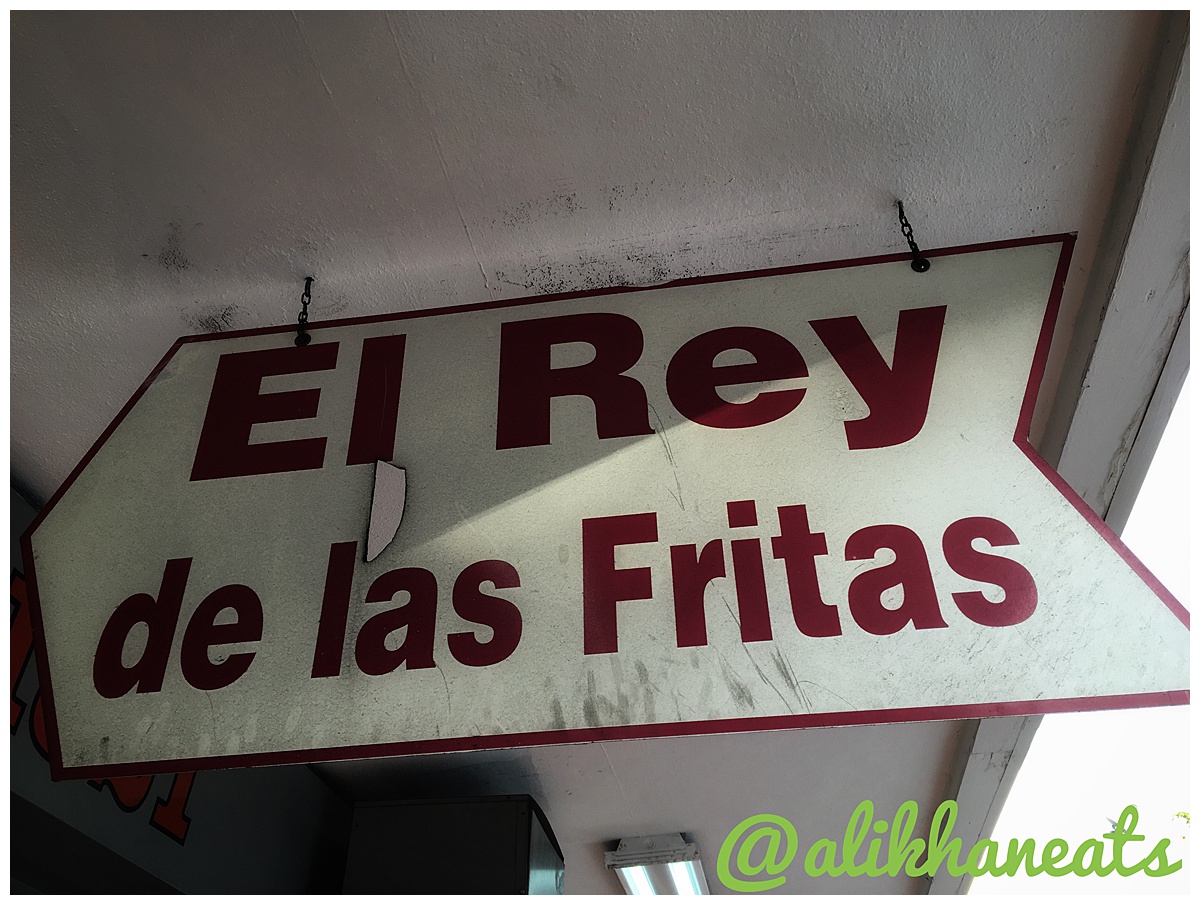 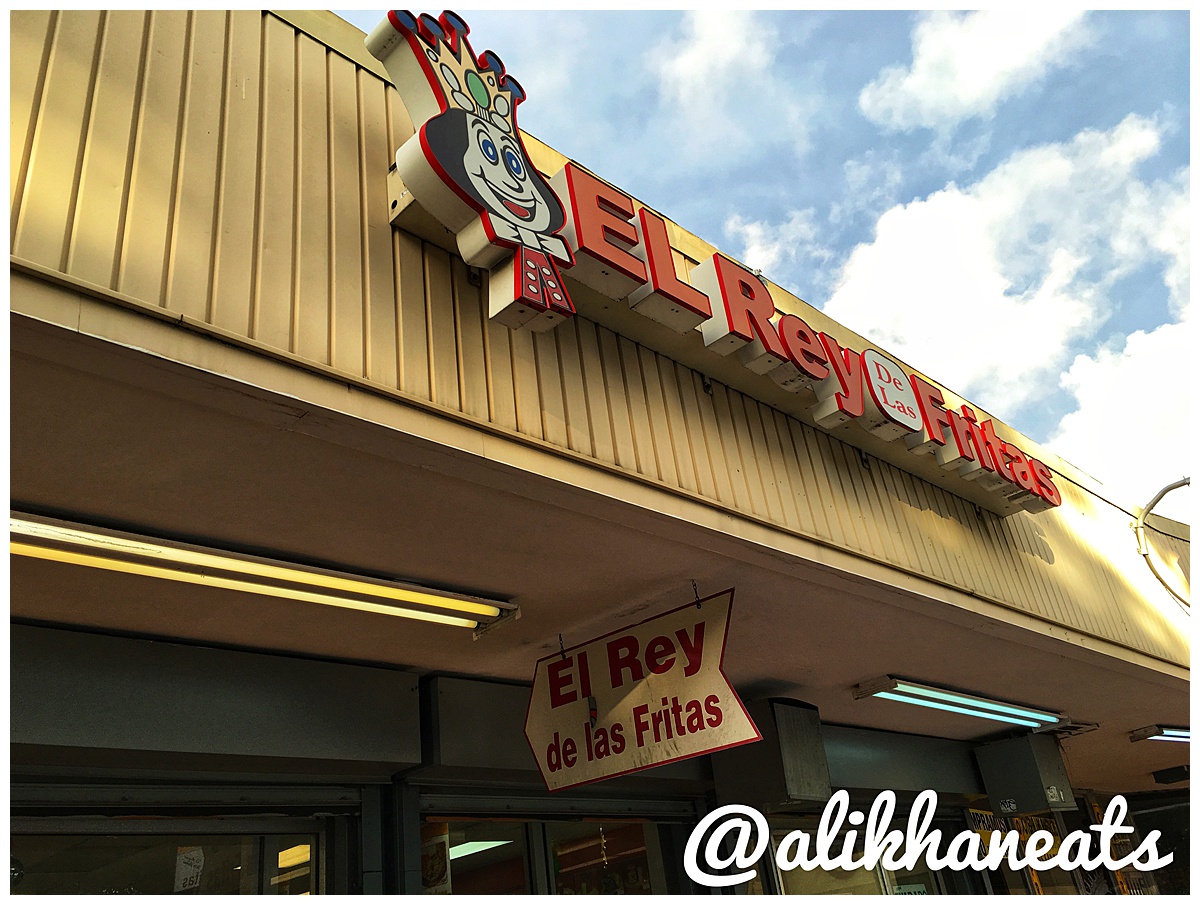 I love a good strip mall meal and the Little Havana location of El Rey de Las Fritas is exactly that. There are a few around town but it struck me that trying a Cuban burger means going to a Cuban neighborhood. As soon as I stepped out of my Uber I knew I was about to get a proper Cheap Eats meal. 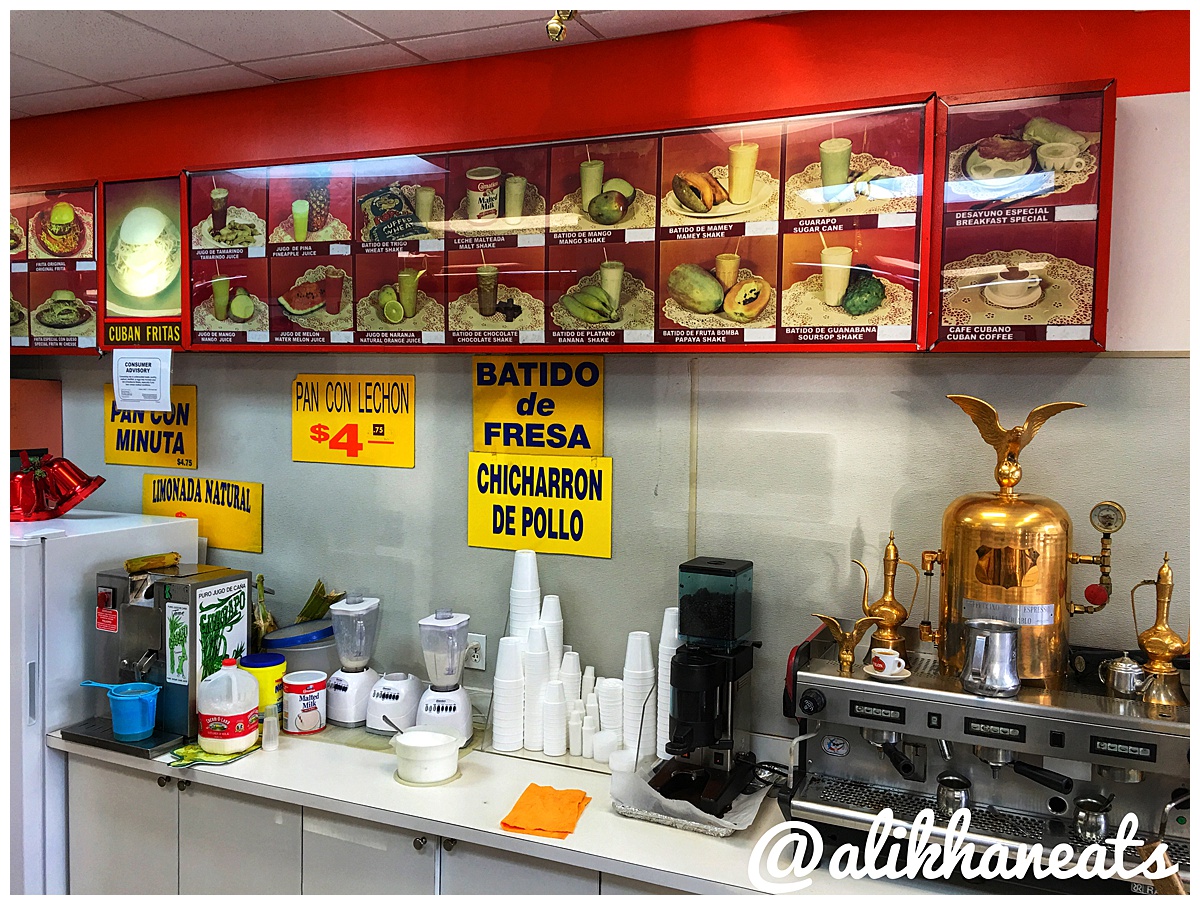 Bask in the simplicity

Part of the Cheap Eats experience is to forgo the superfluous, like meaningless decor. Yes, some restaurants in invest heavily in design and don’t rest on the their laurels either, with costly makeovers coming every few years. Good for them. Others aren’t afraid to stick to what’s important: the food. Besides, that copper on the espresso machine looks plenty shiny to me. 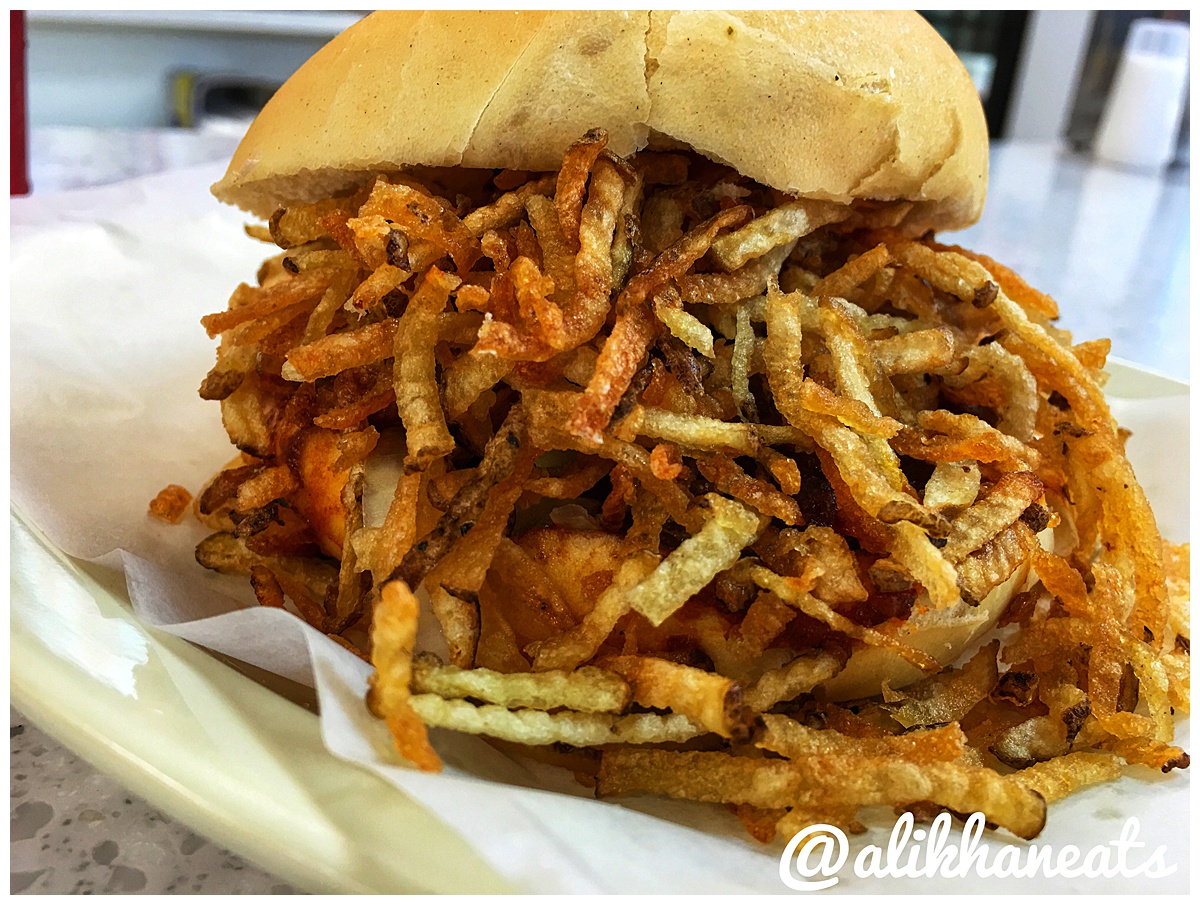 I went directly for the Cuban burger aka the Frita Burger. If you saw Cheap Eats Ann Arbor, you saw an over the top, lux version of what is in essence a humble rendition of the All American classic with Cuban sensibilities. As I reflect back on the classic version vs one done up like a gastropub/fancy restaurant, there is something easy and satisfying about the classic. Also, this one costs $5. 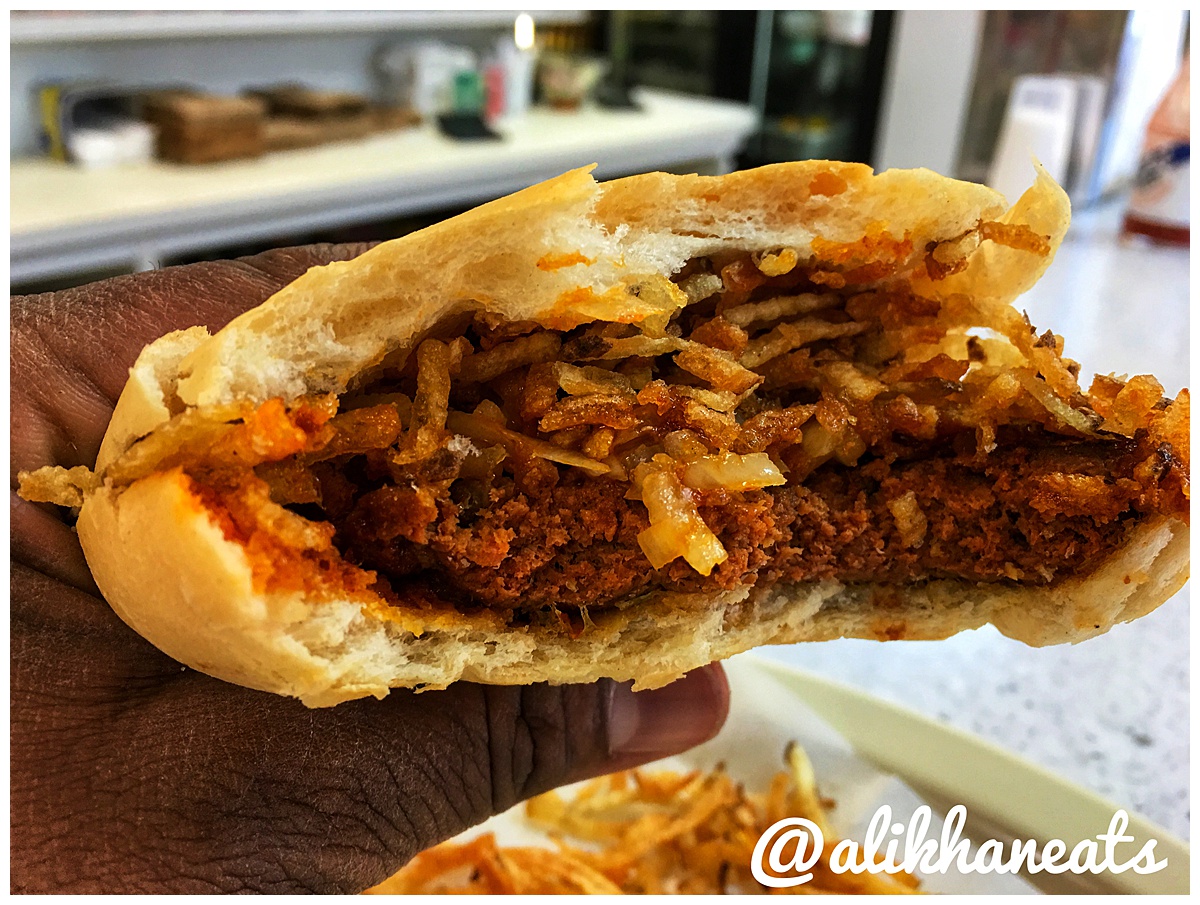 Pardon my half eaten burger

But you need to see the signature chorizo and beef patty. Much easier when it’s not covered with the also signature julienned fried potatoes. I’d call them fries but they’re far crispier, more like matchstick potatoes. I went sans cheese which will net you a price tag of $4.75. And that is a a 2021 price. In 2016 . . . my God was it cheap.

You might want to consider cheese as the patty is cooked well done. Because of the chorizo it’s not necessarily overcooked . . . it’s a burger blend that hits with a sausage like intensity. Personally I’d stick to a cheeseless version and embrace the chorizo. 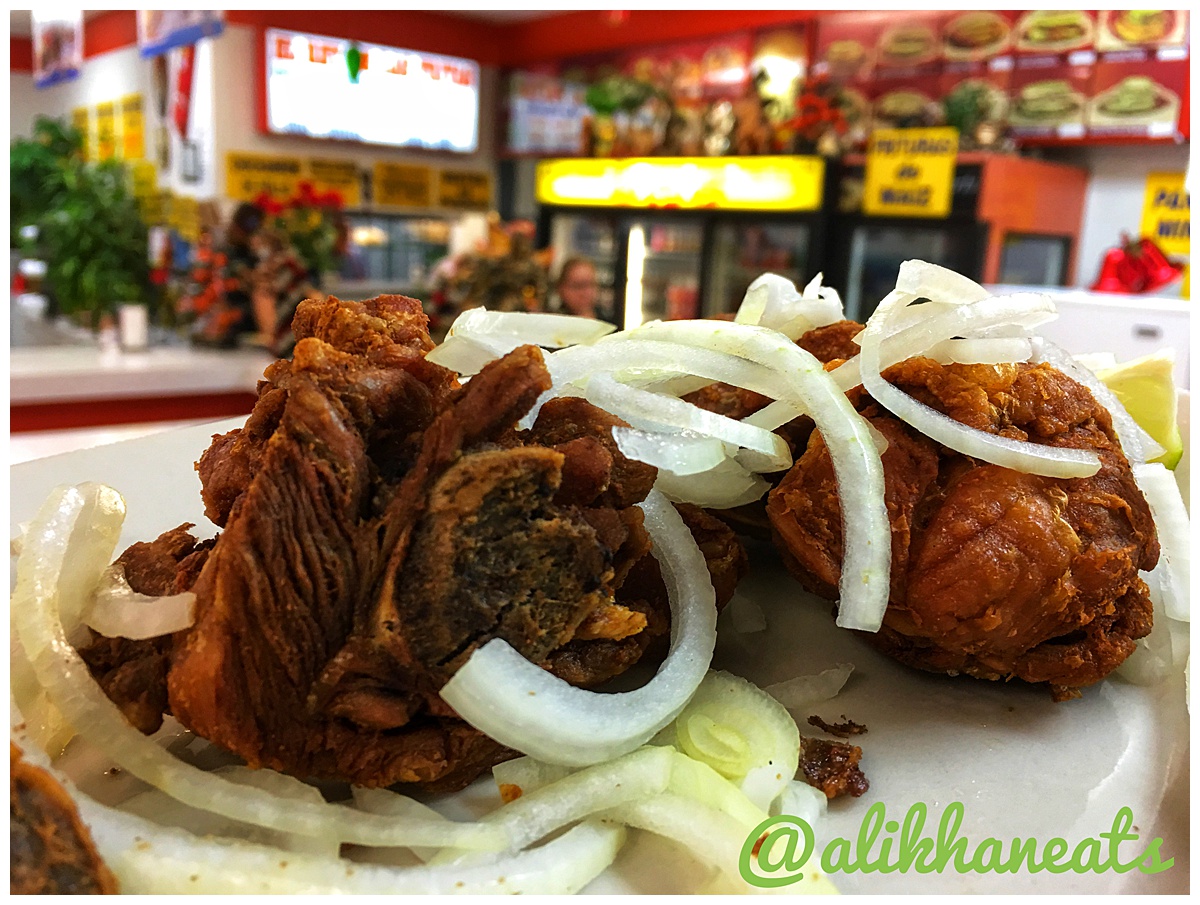 It might seem overly broad to say Cubans like their meats thoroughly cooked but this was the case with both the burger patty and the fried chicken chunks at El Rey de Las Fritas. Chicharron should be familiar if you visit Mexican meat markets or Carnitas specialists. Though there it refers to pork. at El Rey it is in fact chicken. These morsels seemed like the perfect addition to my burger meal. 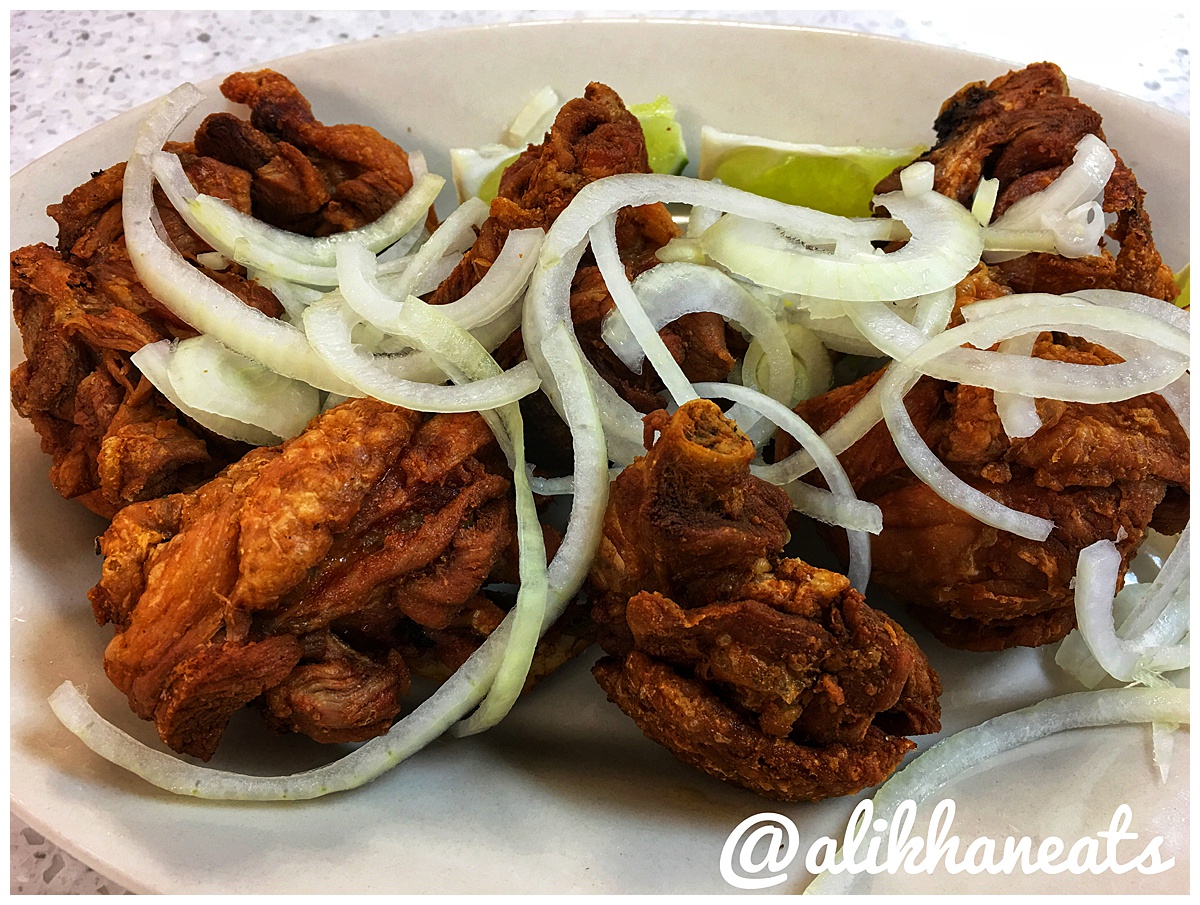 Come for the Frita. Come back for the Chicharron.

I loved this dish. Yes, the chicken was on the dry side but a squeeze of lime and a forkful of that onion and you are in for a treat. My Bengali upbringing involved many a “thoroughly cooked” meat dish. And while one could have pulled the chicken sooner, the lime and onion make it work. It’s a Cuban thing and when in Little Havana, just roll with it.

I need to get back to Miami. I need to give this Frita a second test drive. If you’re in Miami anytime soon I would do the same. This is a burger style that deserves a try, at least once. As I’m currently working on what could become an epic Texas burger project, I’m fast coming to the realization that it’s important to try as many regional burger styles as possible. The Frita Burger, like the one at El Rey de Las Fritas is as stand out as a burger style gets. 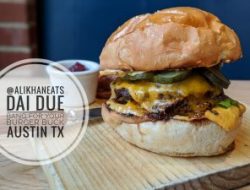 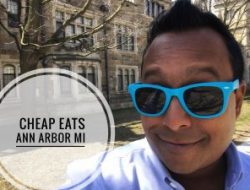