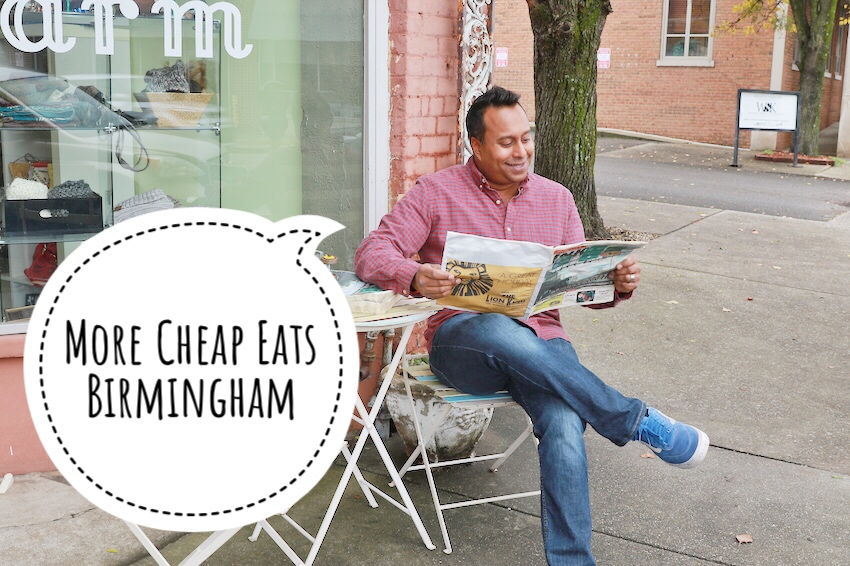 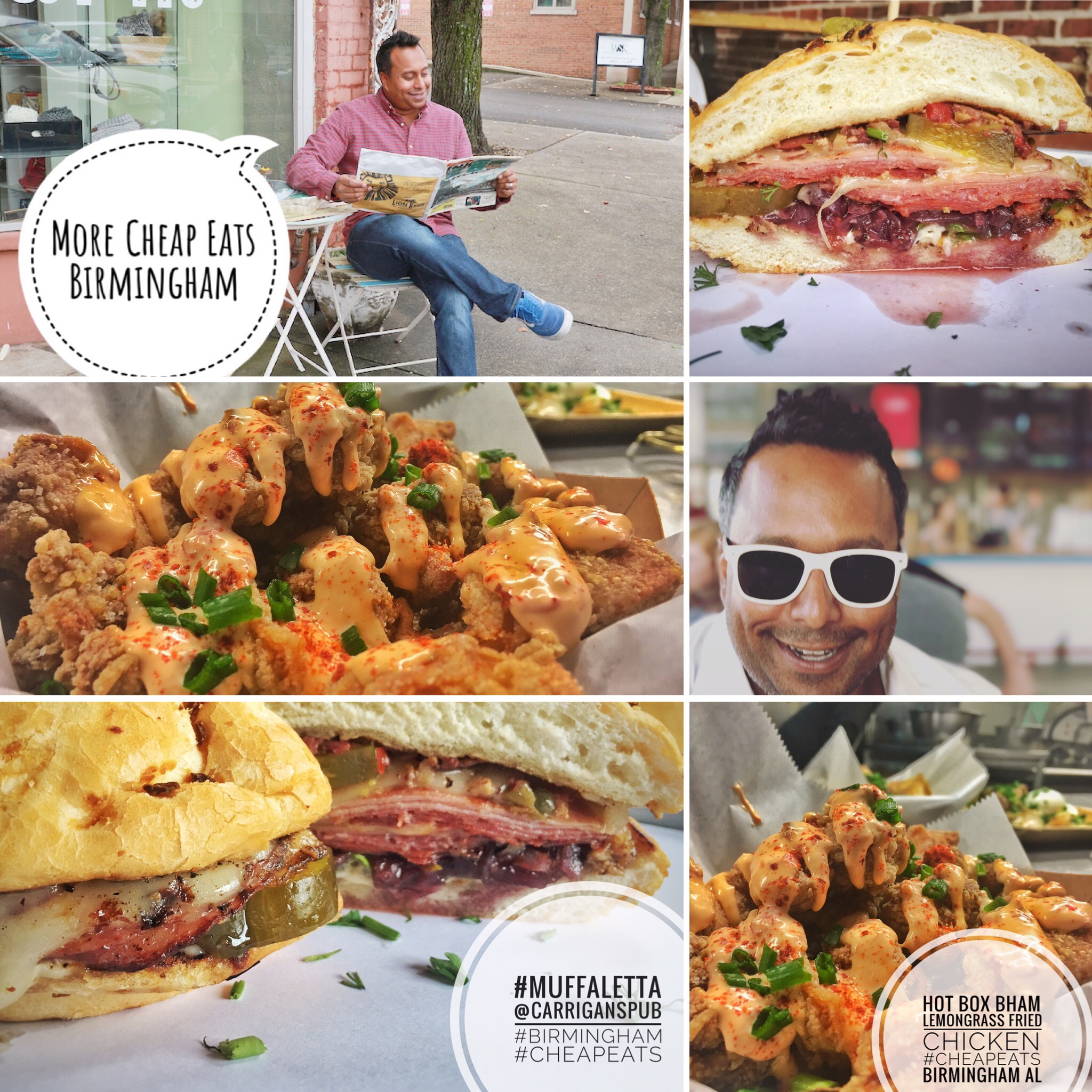 When it came time for Cheap Eats to come down South, Birmingham AL was high on the foodie radar. Forget that Food & Wine magazine moved here(Southern Living is located here as well), Birmingham is home to a James Beard award winning restaurant, a diverse and contemporary food scene and more than a couple places for Cheap Eats. Now if you saw our episode in Birmingham, you already know about one heck of a meatloaf plate and a meaty grilled cheese fit for a Cajun. But in my time in Bham, I found a few more contenders, so let’s take a look at even more Cheap Eats Birmingham! 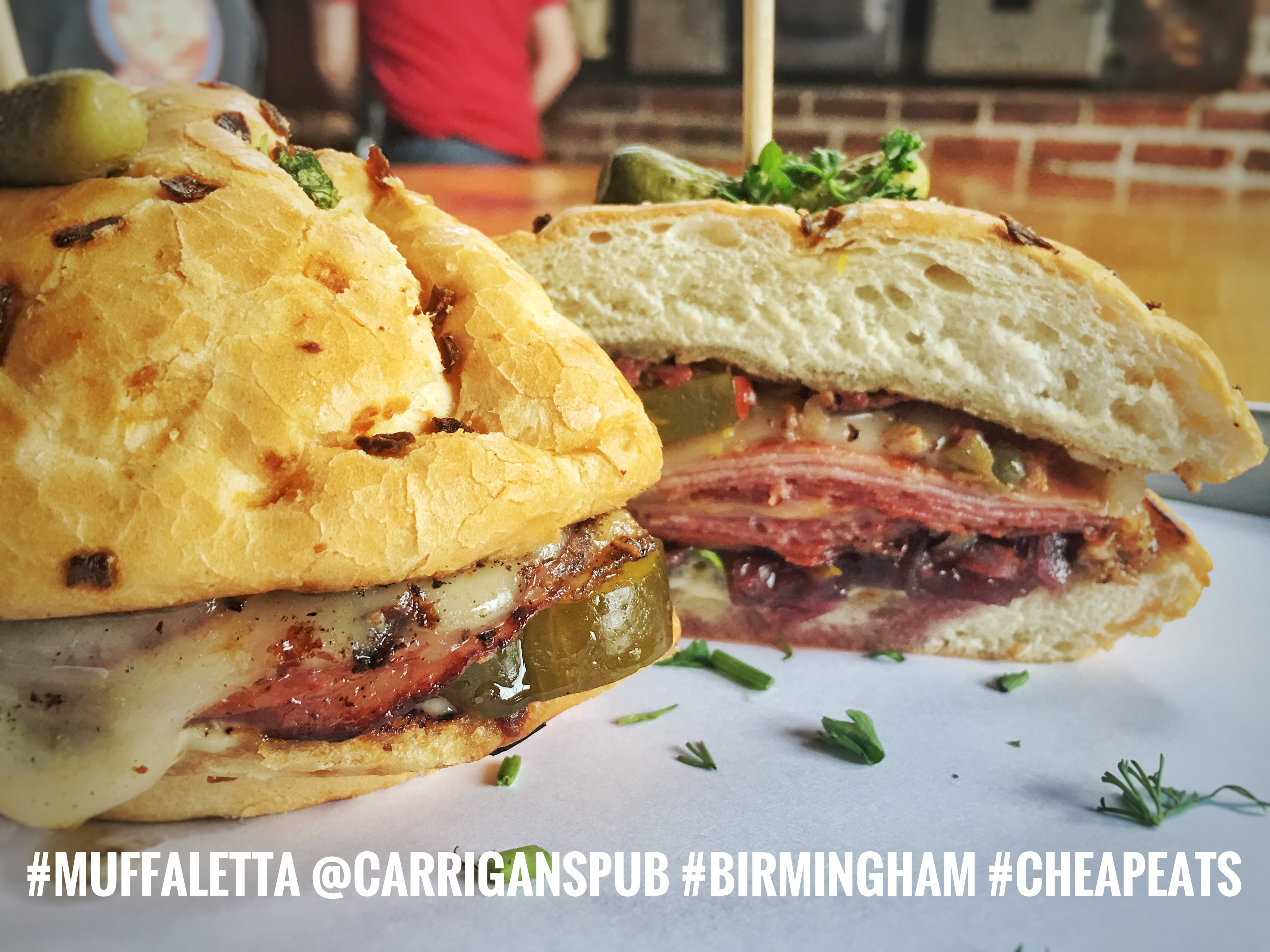 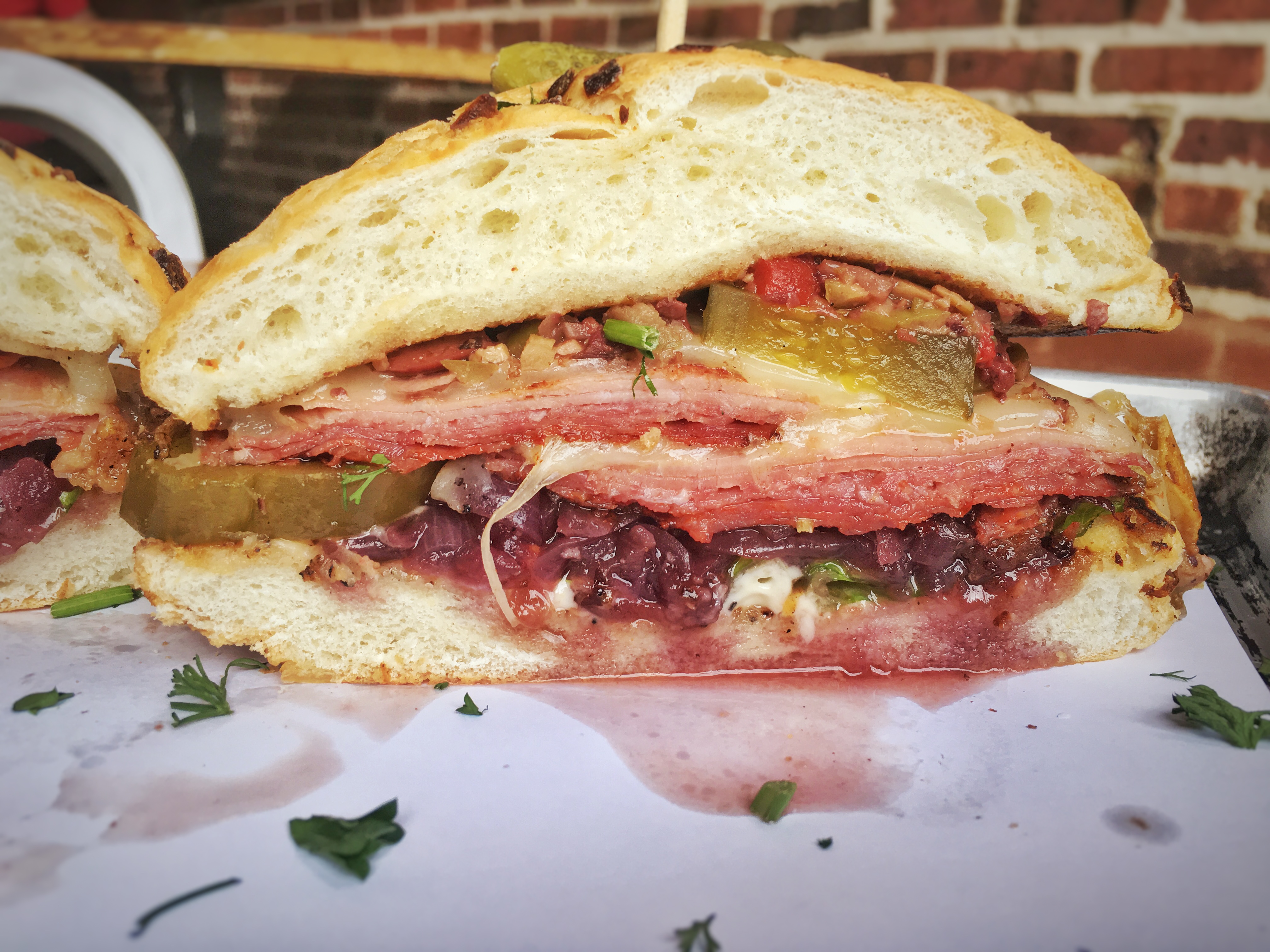 The Vitals:
the spot: Carrigan’s Public House 2430 Morris ave Birmingham AL 35203
the eats: Muffaletta
the bucks: $7 for half, $11 for whole
the full nelson: a Muffaletta that would hold its own in Nola. yes. really.

The East Coast may hold court when it comes to Italian Cold Cut sandwiches but just try a legit Muffuletta and tell me that it ain’t every bit as satisfying as a Philly Hoagie, NYC Sub or a Grinder from New England. Unmistakable by its signature round bread loaf, a classic Muffuletta is stacked with the cold cut usual suspects like salami, capocollo, maybe some mortadella, a slice of provolone and a piquant olive spread. Carrigan’s Public House throws in some prosciutto and garlic aioli, and those two add ons are forever welcomed in my book.

What I loved most was that the sandwich sat for a bit which allowed the aioli and olive spread to intermingle. Anyone who has had a legit Muffuletta in New Orleans knows its all about the olive spread soaking into the thick bread. Bham might be a ways from Nola, but their $11 Muffuletta will have you thinking you’re ready to tear it up on Bourbon street . . . if you can get through the inevitable food coma from finishing this jumbo sammich. 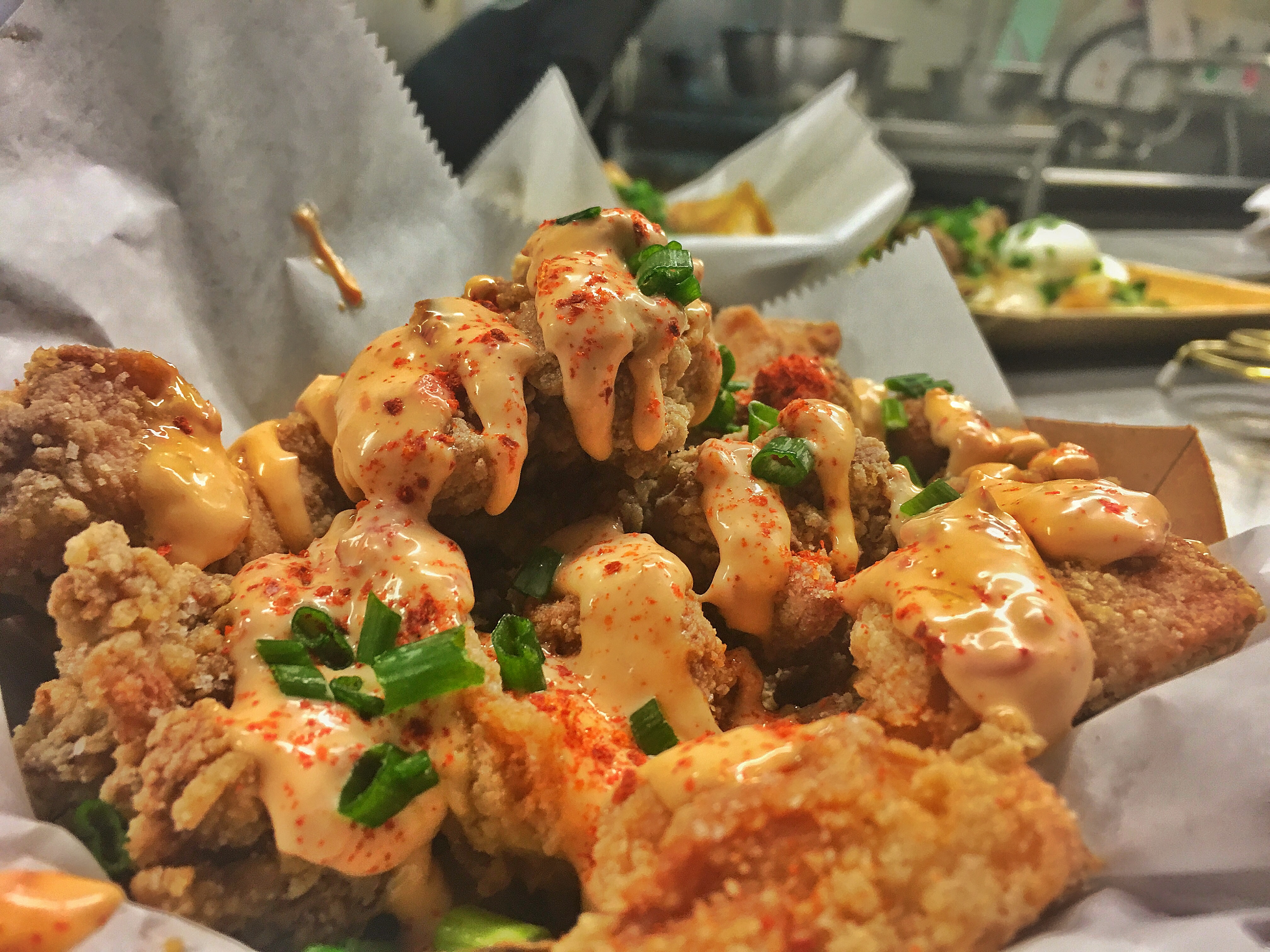 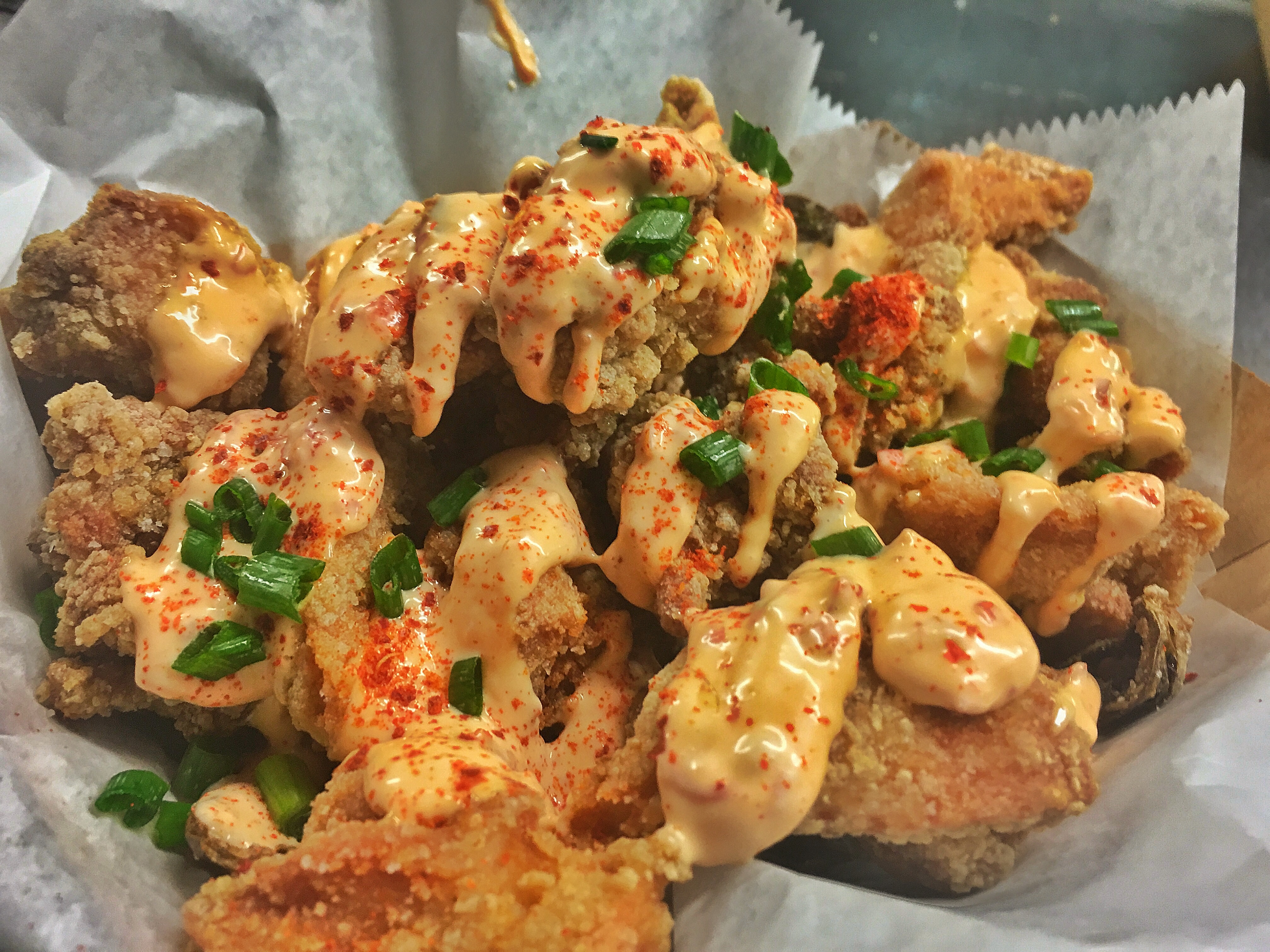 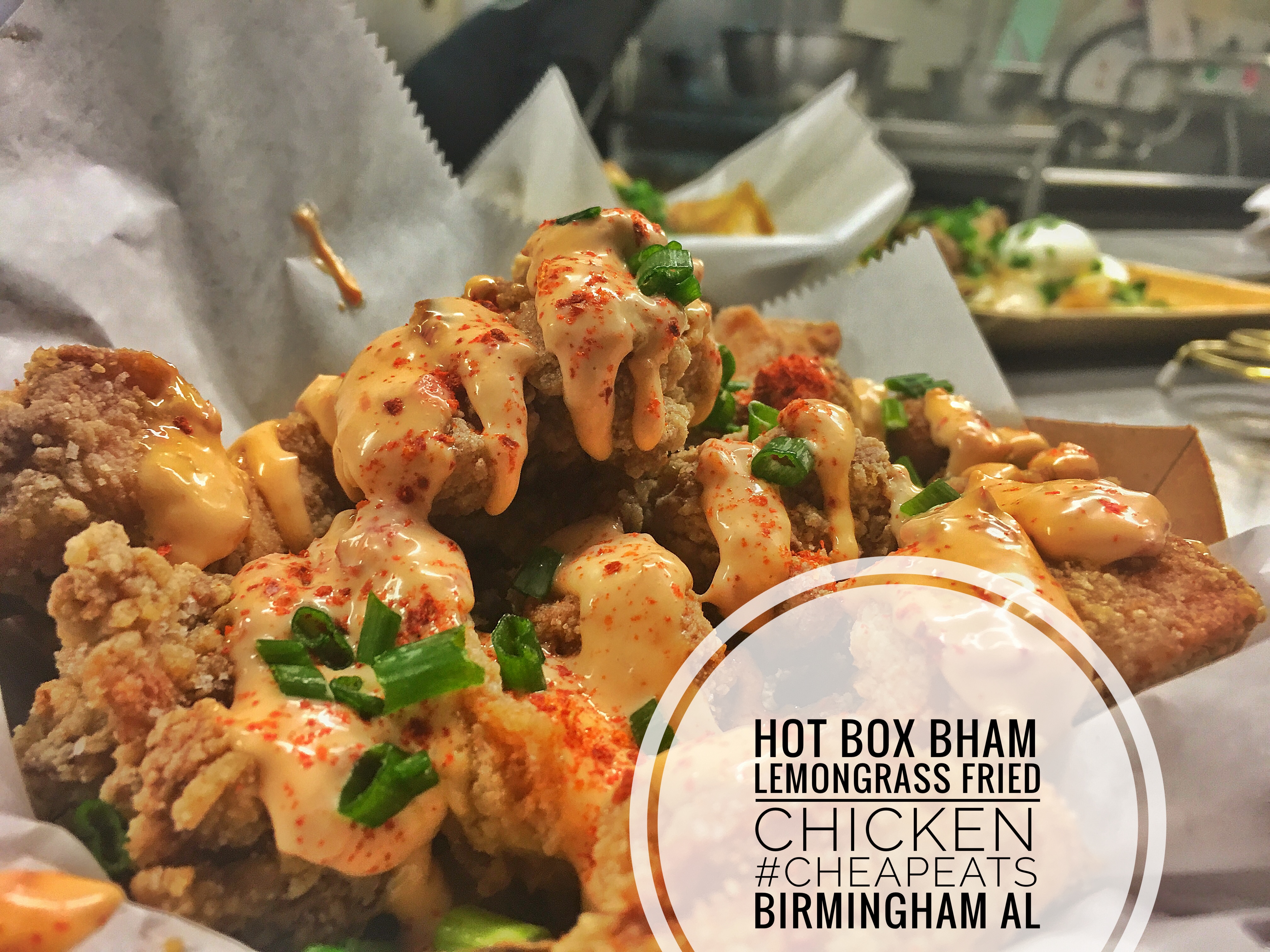 I’m starting to think that the best fried chicken out there is actually Asian fried chicken. Of course in my mind I picture a classic down home Southern joint as serving the pinnacle golden crisp yard bird, but when I think about Japanese Karage or Korean Fried Chicken, a craving comes over me that not even the best chicken and waffle joints can fix.

Hot Box Bham is no exception to my Asian Fried Chicken addiction. Set up in a food truck parked behind a bar, Hot Box dishes out pot stickers, Soba noodles and even a shrimp ceviche tostada, but the lemongrass fried chicken is my go to. This decadent basket of fried goodness gets hit with a coconut jalapeño aioli, so no need to reach for the Rooster sauce or even Sriracha. The smart play is to bring a friend and split the $11 basket while indulging in the rest of the menu but mark my words: you’re second visit will be you solo with an order of lemongrass fried chicken all to yourself. 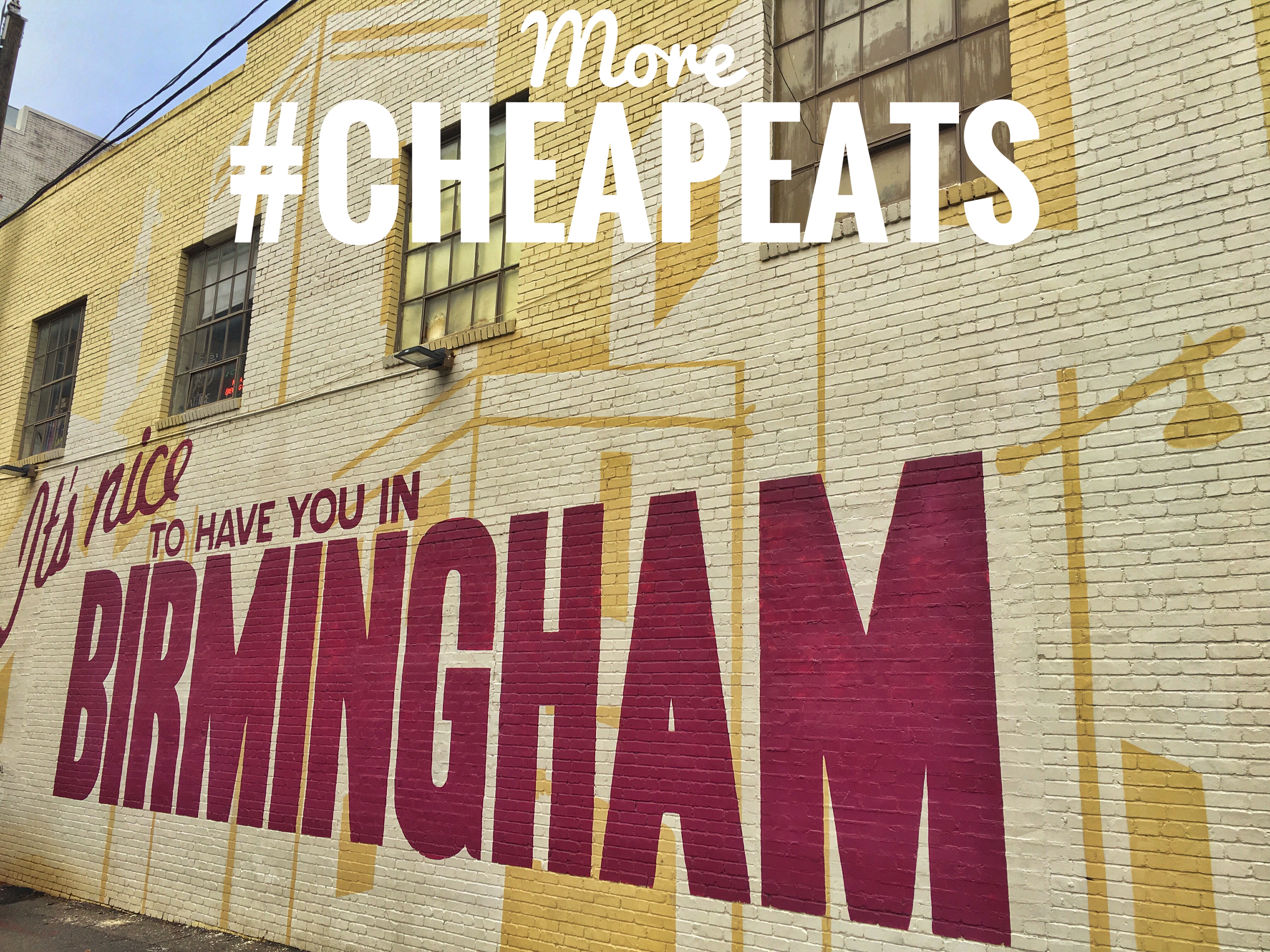