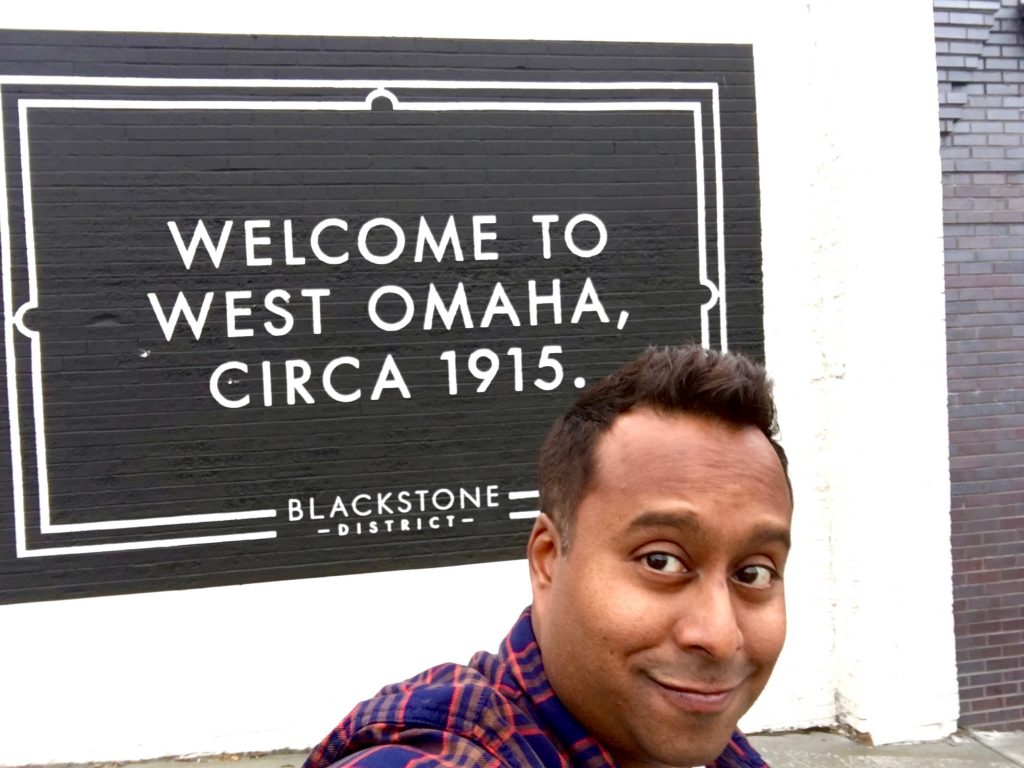 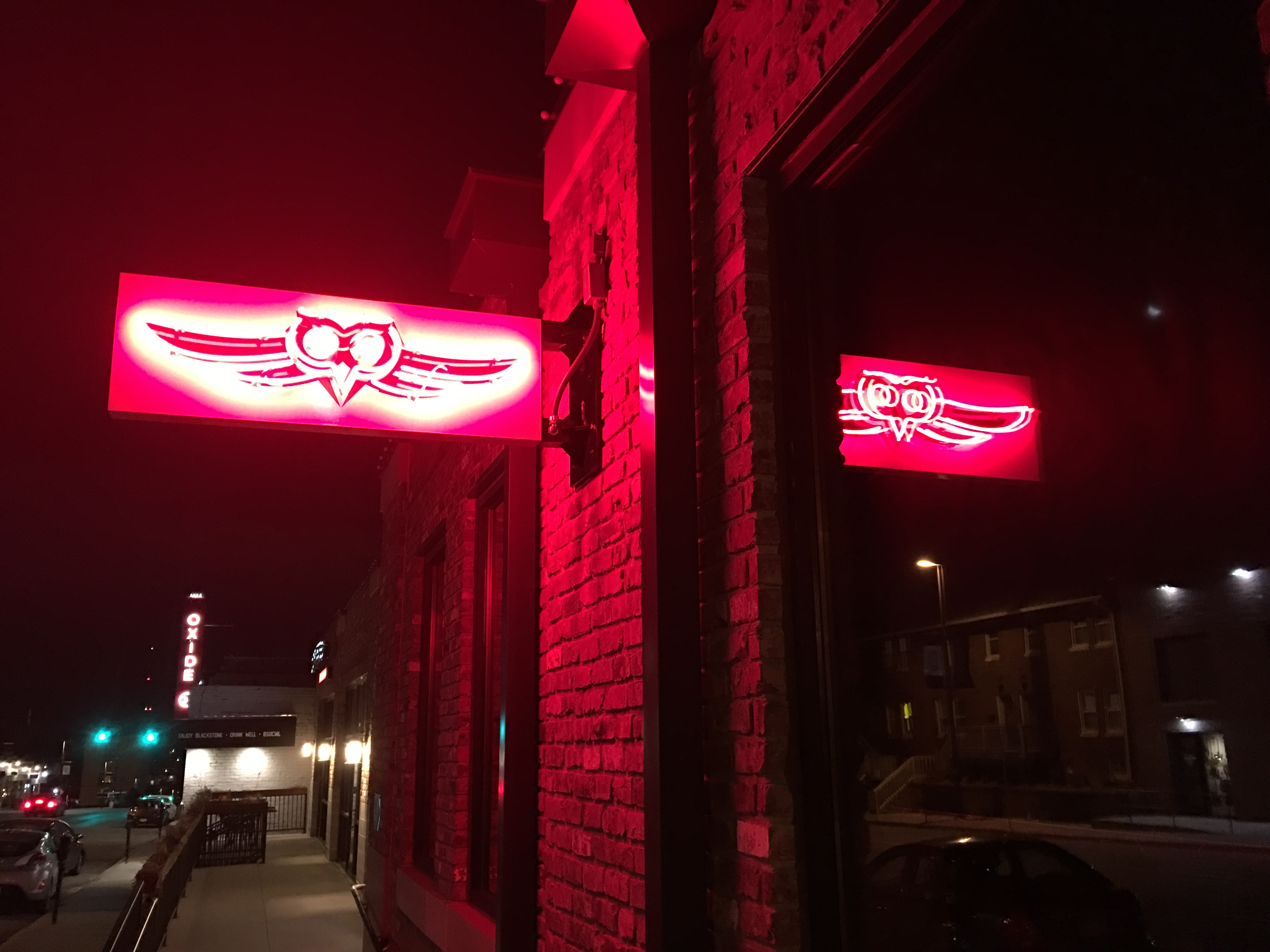 Omaha. I just didn’t see it coming. Sure, a catch phrase like “Omahappening” puts you in a positive mood. Maybe you’re thinking that Cornhusker pride serves up some hearty Midwestern fare that starts with all day tailgates and ends with a serious steakhouse scene. Well that’s part of it. And so is hip neighborhoods, a thriving music scene and a quiet storm of Farm to Table cuisine. I came to Omaha thinking it would be all about the beef but what dropped my jaw was the dairy. Grass Fed Ice Cream and egg dishes that didn’t play second fiddle to big brother bacon. My Cheap Eaters – Omaha is indeed Omahappening – it’s a cool city that frankly offers more than I, and perhaps you, might have expected. The Cheap Eats here was my excuse to learn about one of the coolest cities in the Midwest. So let’s start with some eats and see why the town that brought you bands like Bright Eyes is a shining food city on a hill of . . . corn. 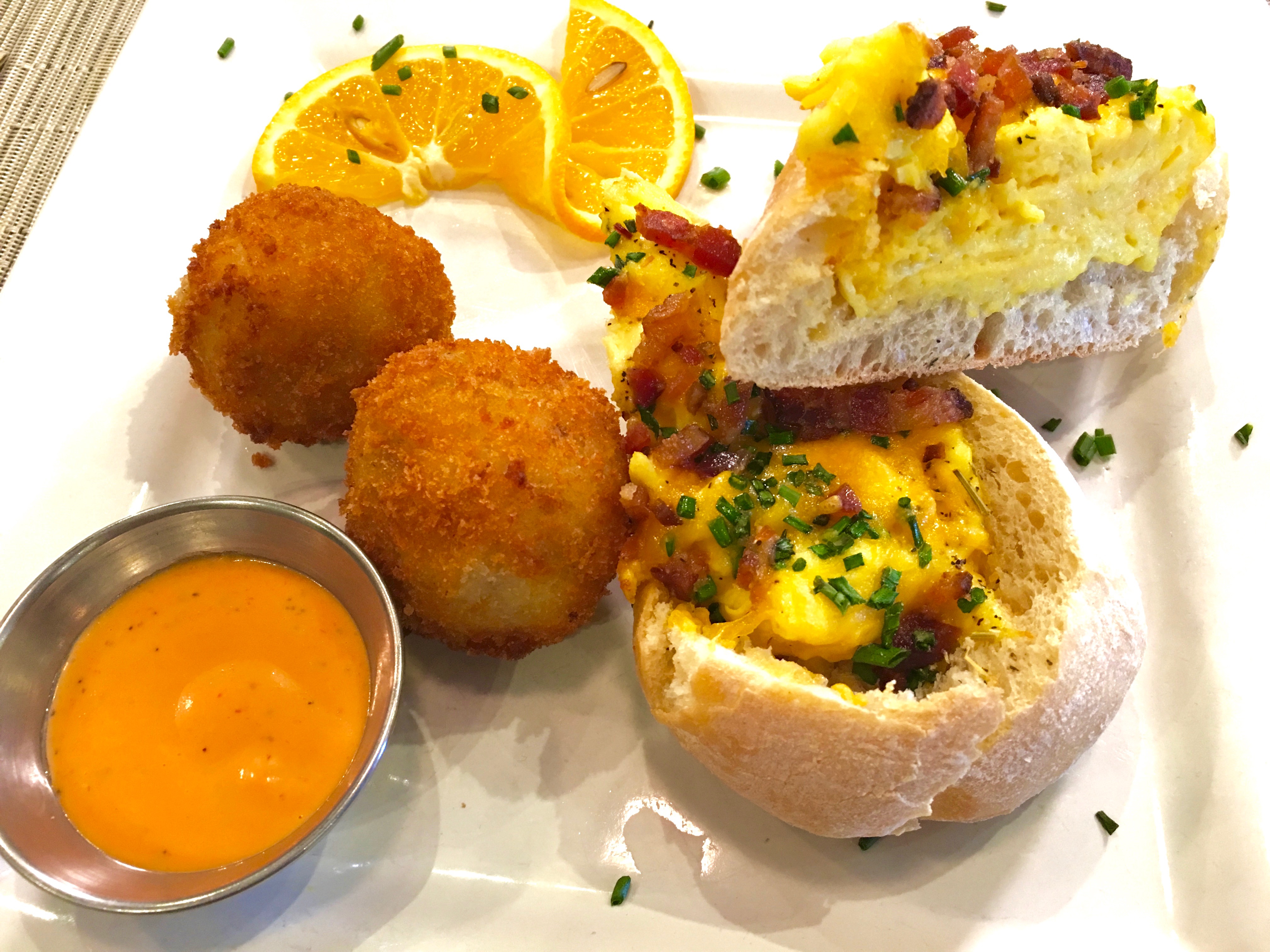 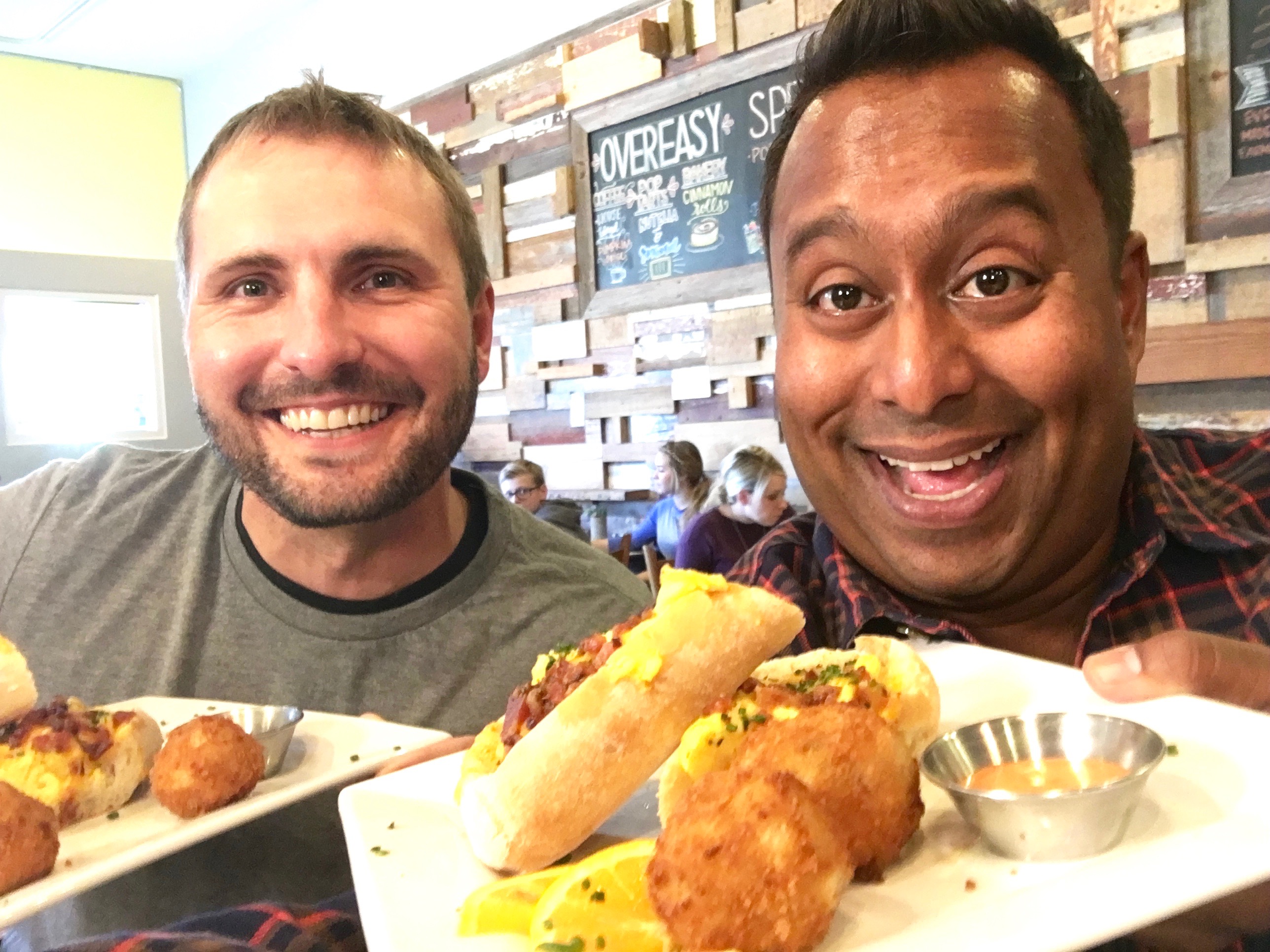 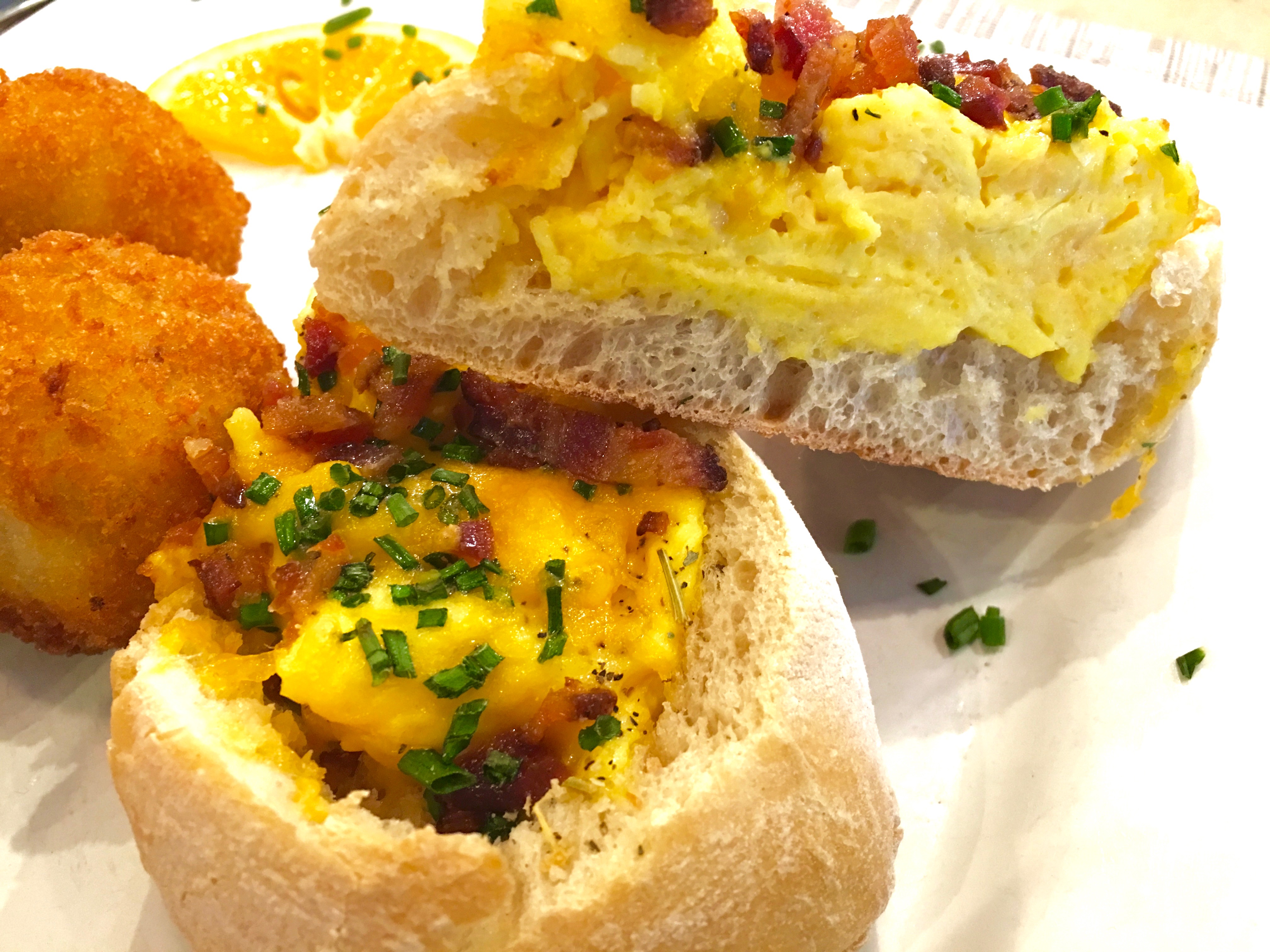 Eggs Eggs Eggs Eggs Eggs. Yeah, you need to say it five times because that’s how important eggs are to breakfast. And you don’t always realize that when your savory egg breakfast has to share the spotlight with bacon, sausage or steak. When I think of how eggs kinda get the shaft in the mind of the contemporary breakfast diner it makes me think of watching one of those blockbuster Comic Book Movies. The ones that feature a diverse cast of current Hollywood Heavyweights, a wrestler turned actor and finally a real deal, does Shakespeare in New York hardcore actor who is usually signed on to play the villain. This is the actor(or actress) who really anchors the whole movie. Can’t tell a story without a villain and few play villains better than actors like Judi Dench, Ian McKellen or John Malkovich. Good eggs – wait no, GREAT eggs are the hardcore Shakespearean actors of a grand Farm to Table breakfast and at Over Easy, expect the eggs on your plate to be as riveting as Anthony Hopkins narrating a Transformers movie. Nick Bartholomew, the egghead behind Over Easy, was a former stock broker before the passion for food cracked his corporate shell and went all in on making Over Easy an Omaha foodie destination. So it’s natural that marketing and finding the right piece of real estate are strong characteristics of his restaurant. He has a drive thru which should sound like a gimmick until you realize that providing quality breakfast food in a convenient setting for a reasonable price isn’t smoke and mirrors but the beginning a farm to table Midwest food revolution. The Egg Boat is more like a cruise ship of creamy scrambled eggs that’s just perfectly adorned with chopped bacon, cheddar cheese, leeks and chives. The hull of this boat is a demi baguette and its a fine piece of bread making that will have you rethink that square thing that pops up from a toaster. This is brunch fare done approachable, like it’s a weekday and you’re on your way to work approachable. Whether you drop $8 everyday for breakfast is a reflection of your job but know that if you do – you will walk away eggstremely satisfied. Look I had to . . . 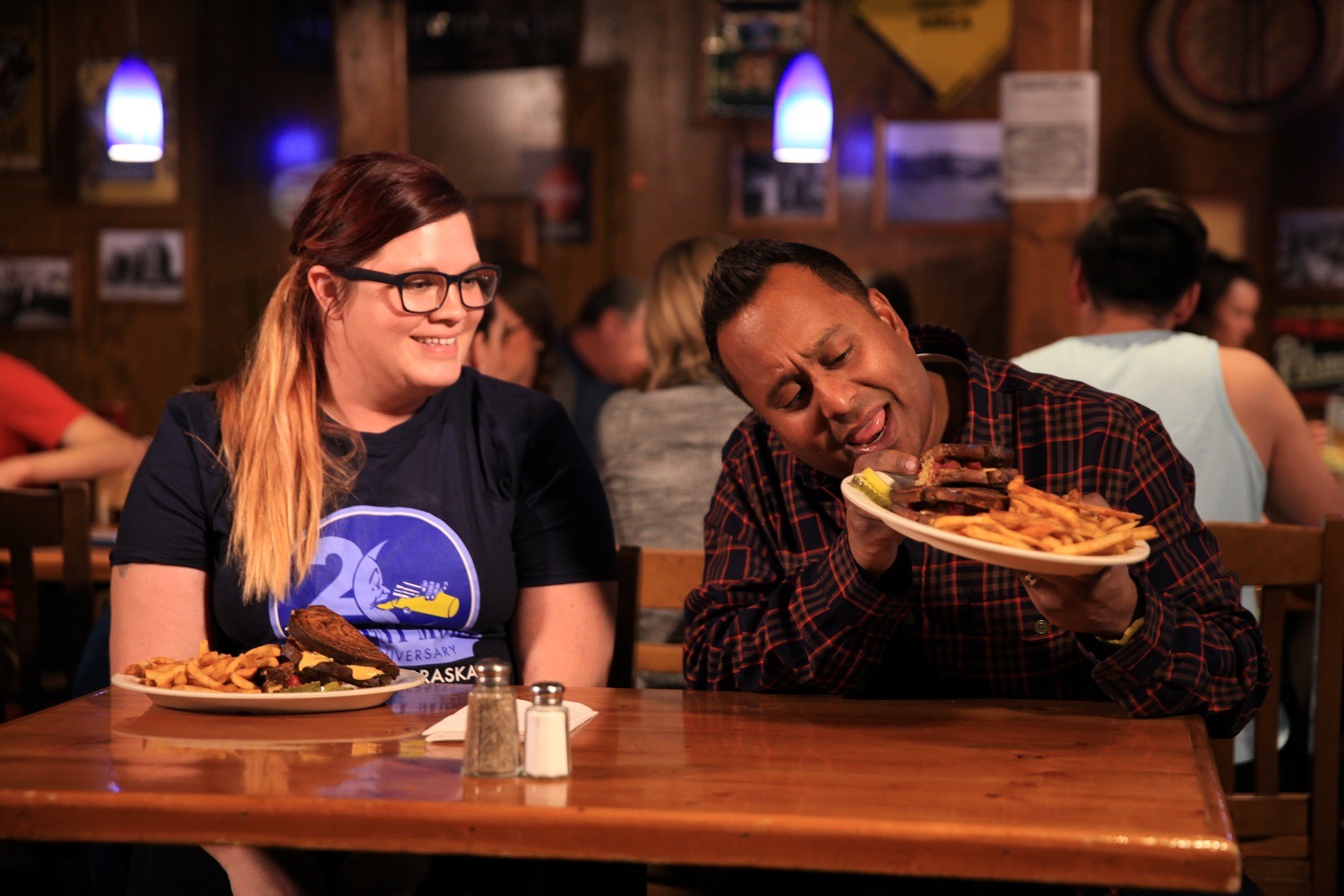 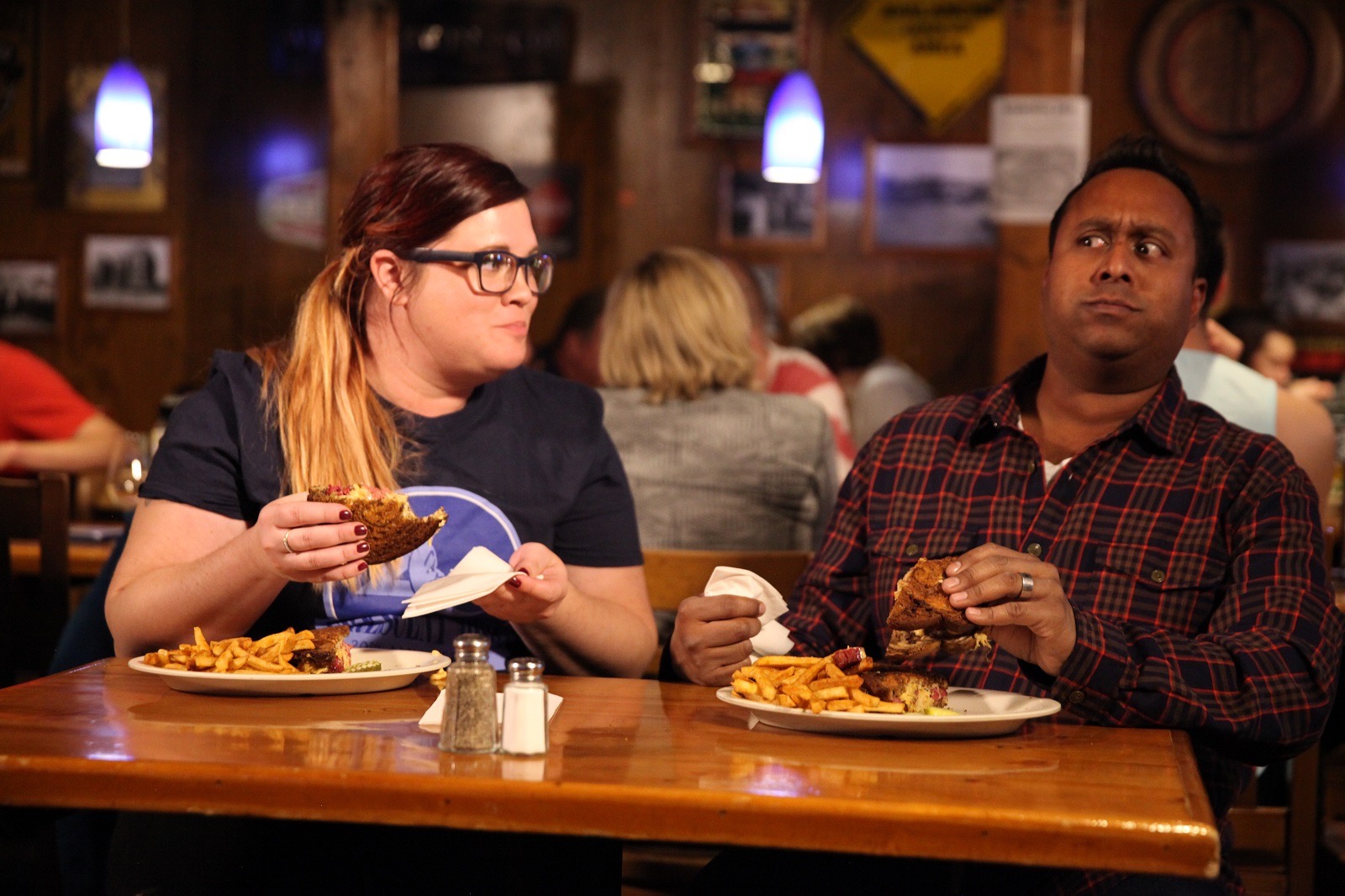 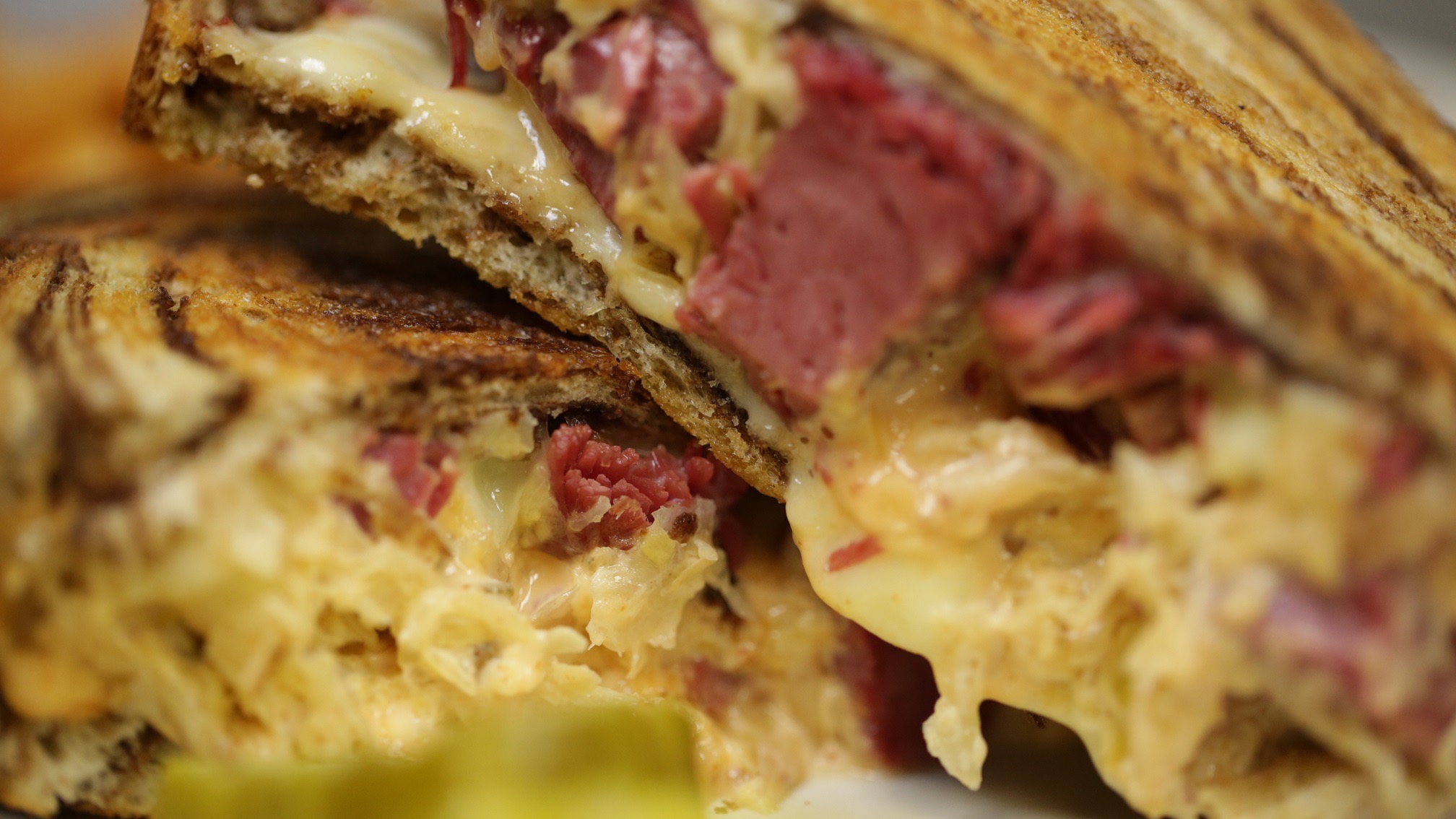 Dropping Omaha into the mix of places that claim to have come up with the Reuben is a great way to stir up a lively food debate. The Reuben means a lot to a lot of people: for NYers and Los Angelenos, Reubens mean delicatessens which means Jewish American culture on a plate. For me, Reubens take me back to more than a few late night college meals at the aforementioned delicatessens of Los Angeles. But now I am in Omaha with a tale to tell of a man named Reuben(makes sense right?) who put together this soon to be famous sandwich in the wee hours of the morning at the old, and now closed, Blackstone hotel. A man named Reuben, a late night food concoction, and a backdrop of Middle America circa the 1920s sounds about right to me, as does a town that chooses to embrace the lore. Of particular note here is the horseradish that spiked the ubiquitous 1000 island dressing and the fact that they carve the pastrami into large yet tender chunks, vs forgoing the traditional deli slicer. Also full disclosure: Crescent Moon Ale House is carrying on the Reuben tradition, they hold no claim of inventing it, so don’t let the sports bar vibe throw you. Beer, or really more than a few beers is a great way to get into the Reuben mood but to me what is most important about Crescent Moon’s version is that are choosing to recognize and carry on a local food tradition. The atmosphere at Crescent Moon, with its hundred or so craft beers, may be a far cry from a swank hotel circa the Roaring 20s. Still, I think Reuben Kulakofsky, the Reuben from the Blackstone Hotel who started it all, would approve. 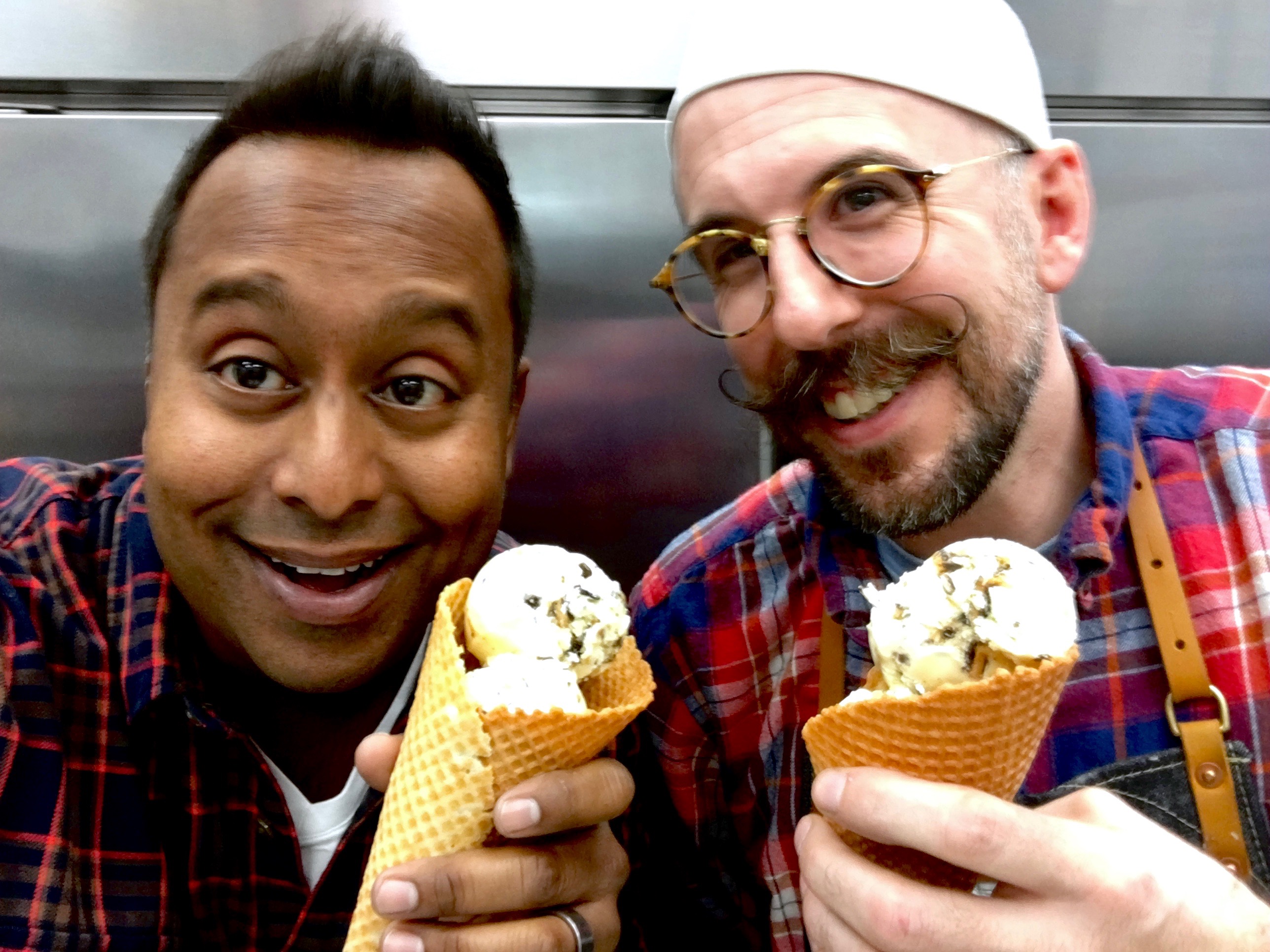 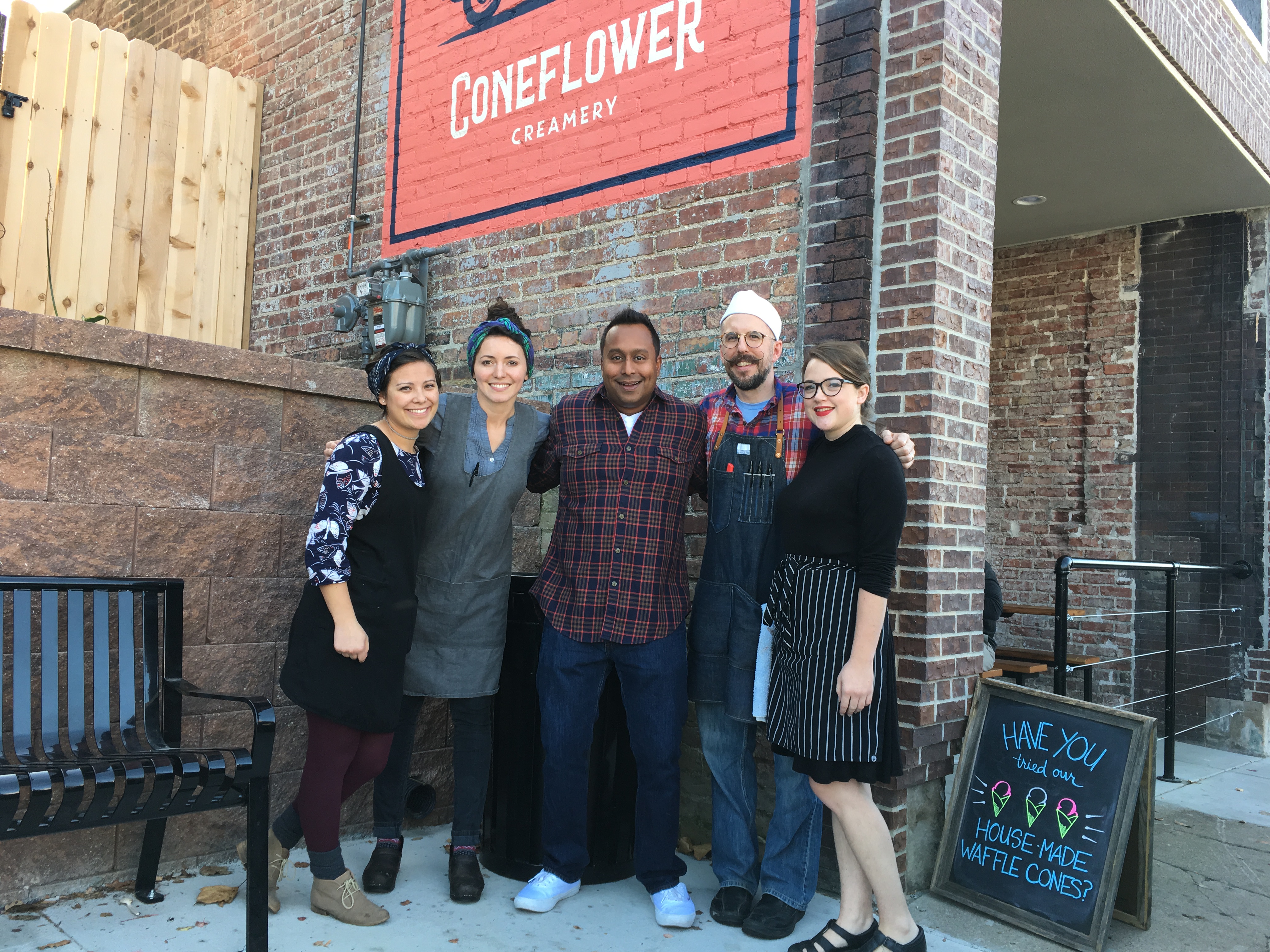 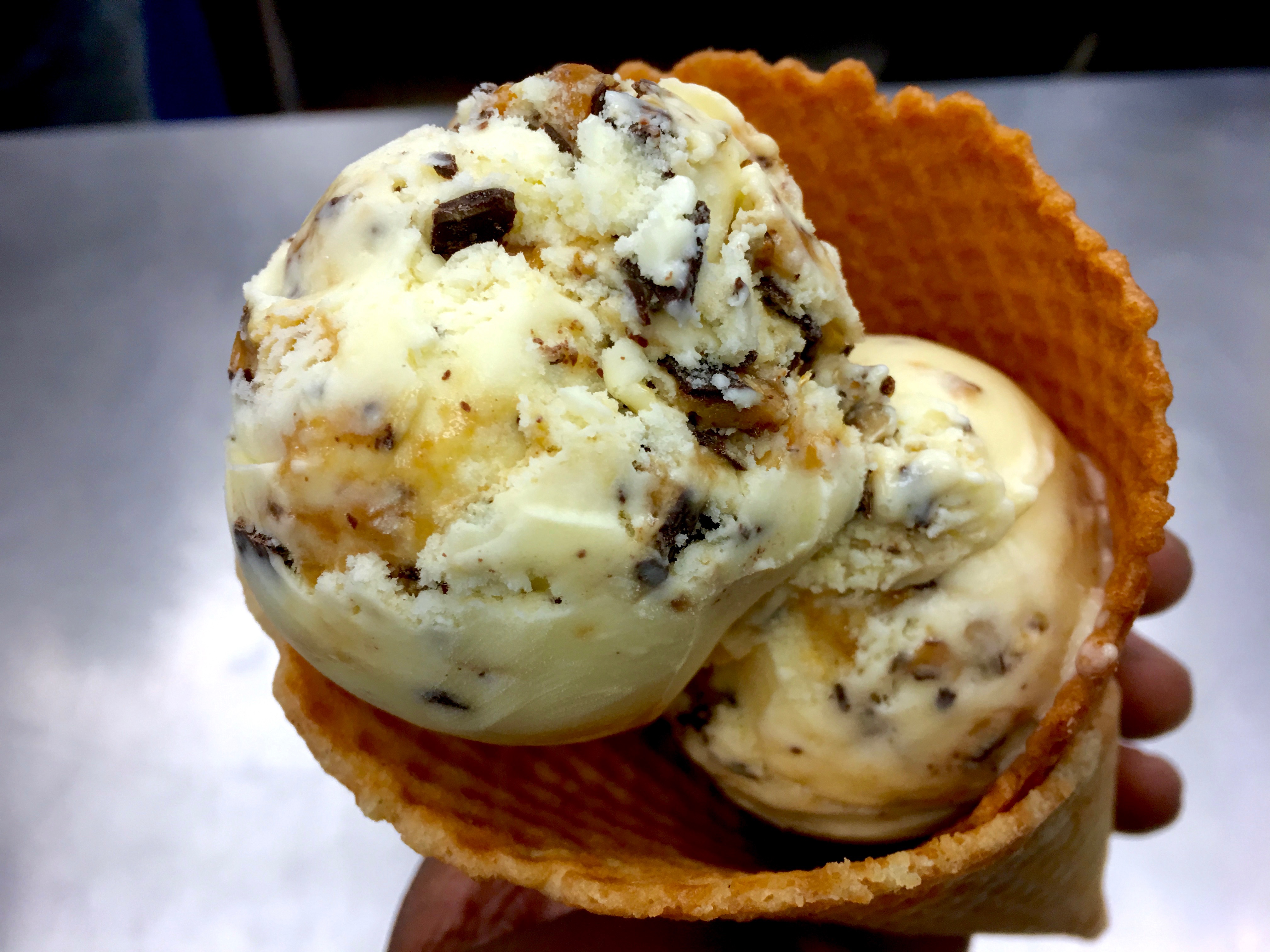 The Vitals:
the spot: Coneflower Creamery 3921 Farnam Street Omaha NE 68131
the eats:  Butter Brickle Ice Cream in a Waffle Cone
the bucks: $4.75
the full nelson: the Farm to Cone sweet treat every kid in the 21st century should be growing up with

There is something incredibly charming about the Small Town American Ice Cream Shop. I supposed I should add “independent” into that mix as well. Branding distracts from vintage Americana. However an exception can be made for “Farm to Cone“, Coneflower’s catchy and delicious motto. Yes, this is branding but it is also wholly welcome for those who relish artisanal foods, and believe me you will taste the difference. There is a popular notion among chefs, cattle ranchers and foodie activists that grass fed cows are happier cows, as grass is their natural diet. I smell another lively food debate coming on and since I have some Meatballs to discuss shortly I’ll just stick to this point: grass fed cows produce delicious fat and fat is important when it comes to ice cream. You really can’t go wrong with ANY flavor here, but this being a special Ice Cream Shop and all, I would go with the unique. Butter Brickle is essentially a generic name for a Heath bar and considering the fact that they MAKE the brickle in house(along with the waffle cone), it certainly makes for a unique experience. Also unique is the Black Walnut flavor, featuring a local nut that tows the line between earthy and creamy/sweet and also happens to be one of the most distinct flavors I have come across. I’ll finish with this final thought which is really a question: What kind of person does it take to bring artisanal ice cream to a small city like Omaha? Brian Langebehn, the man behind Coneflower, is a talented pastry chef and small business owner. Beyond those two admirable descriptors is a guy who dreams of making a simple and approachable food as good as a 6 course meal in buzzing big city restaurant. I would say that Farm to Cone is more than just a charming Small Town American Ice Cream Shop, it’s inspirational on a national food scene level. 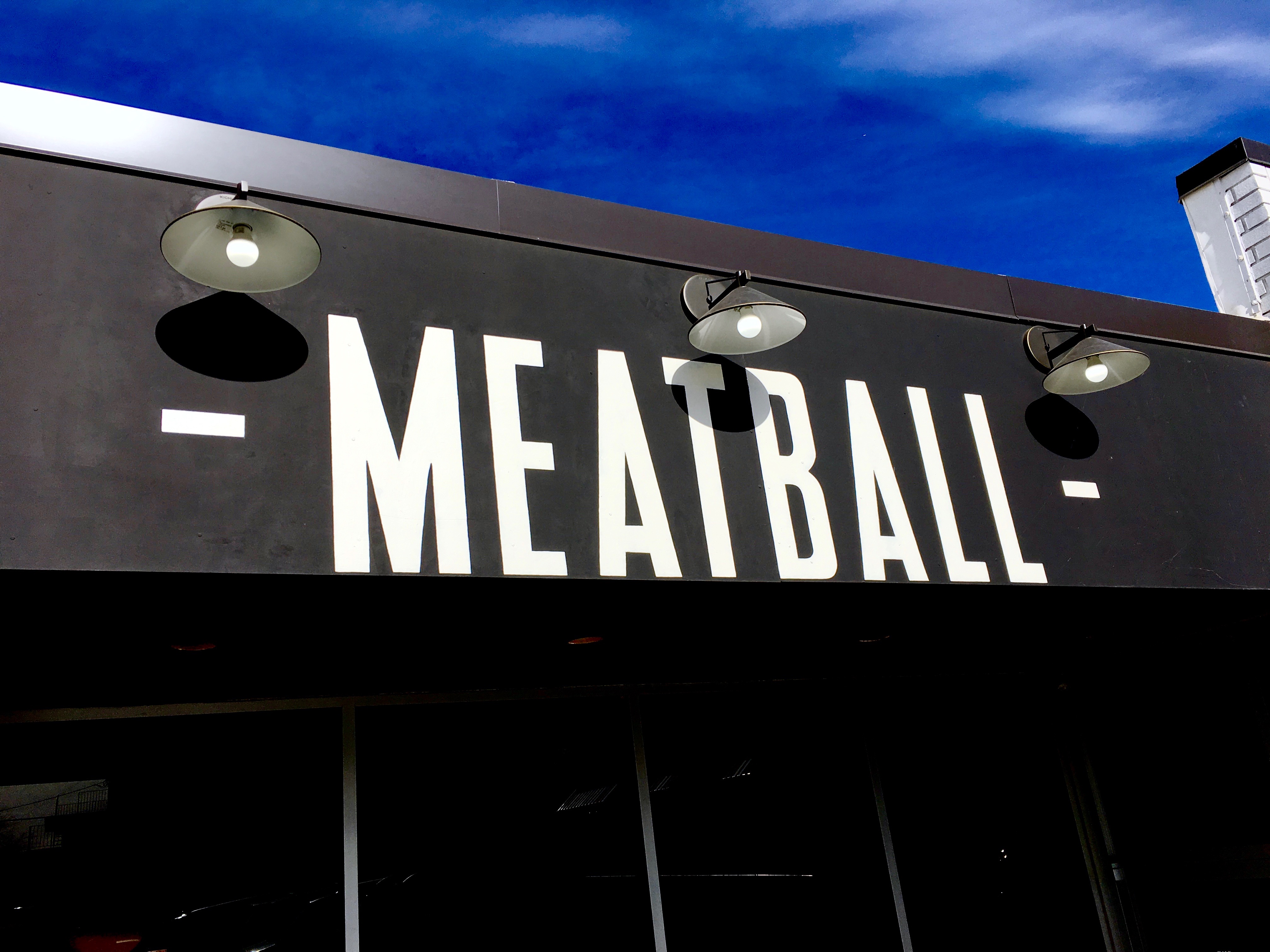 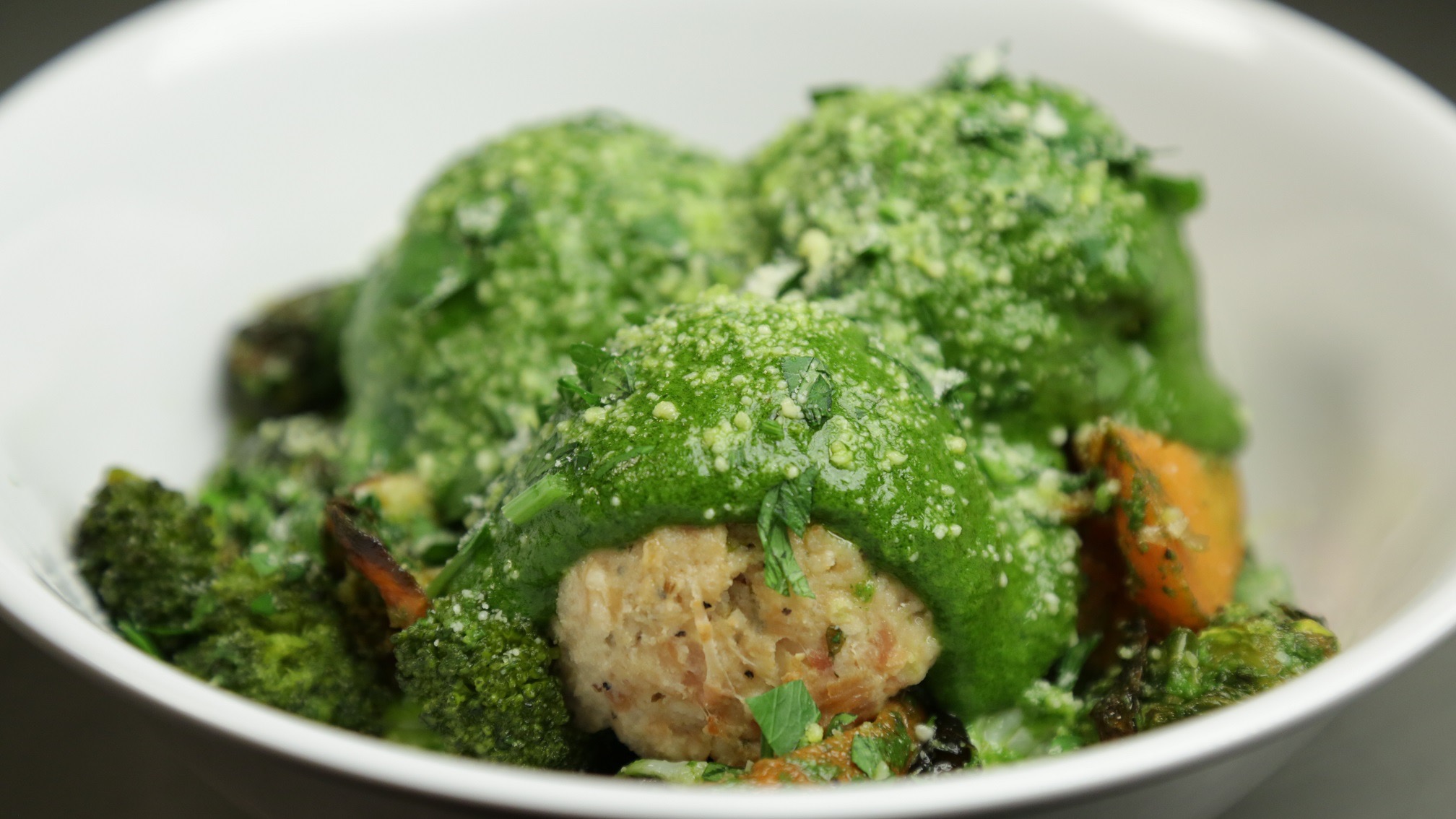 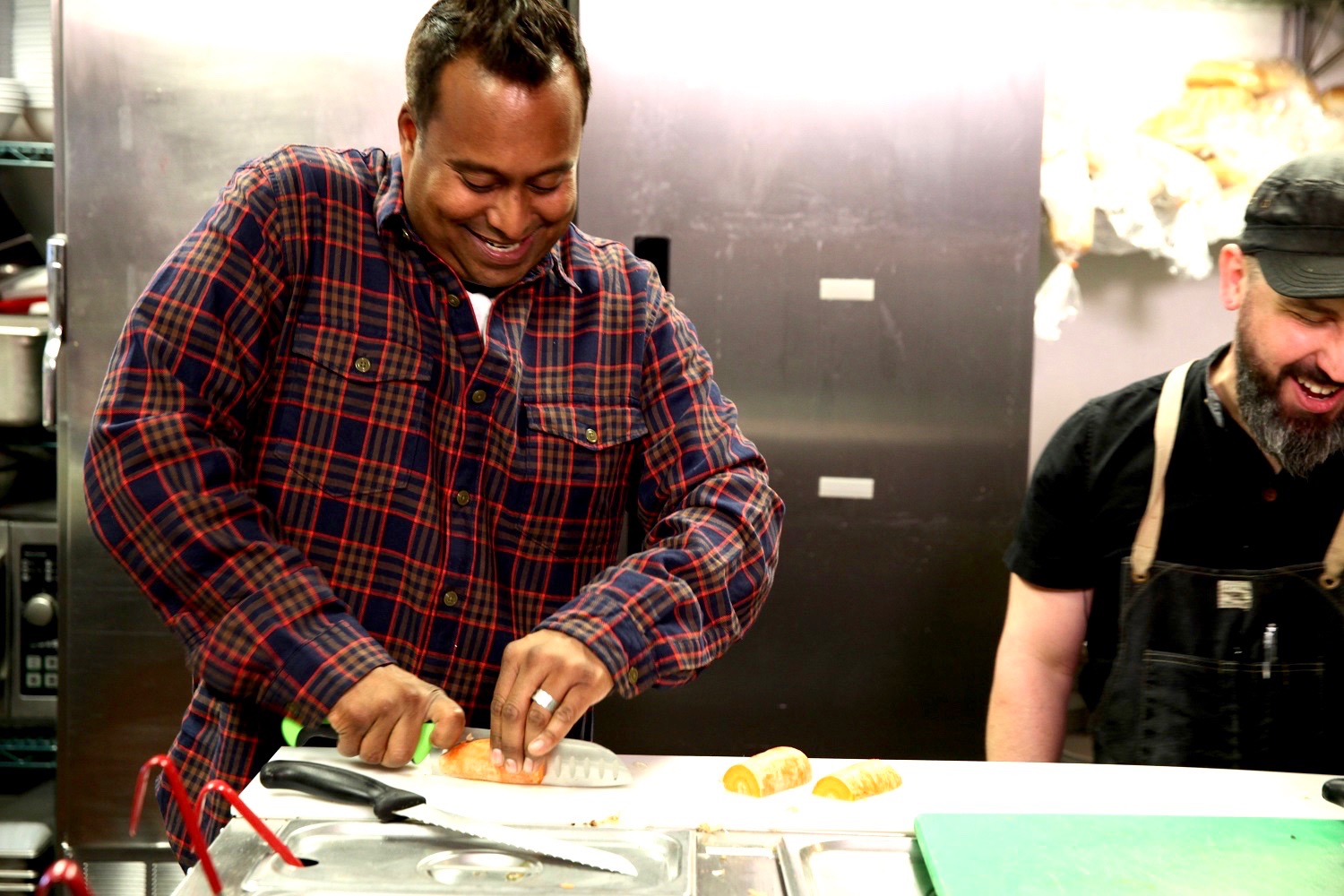 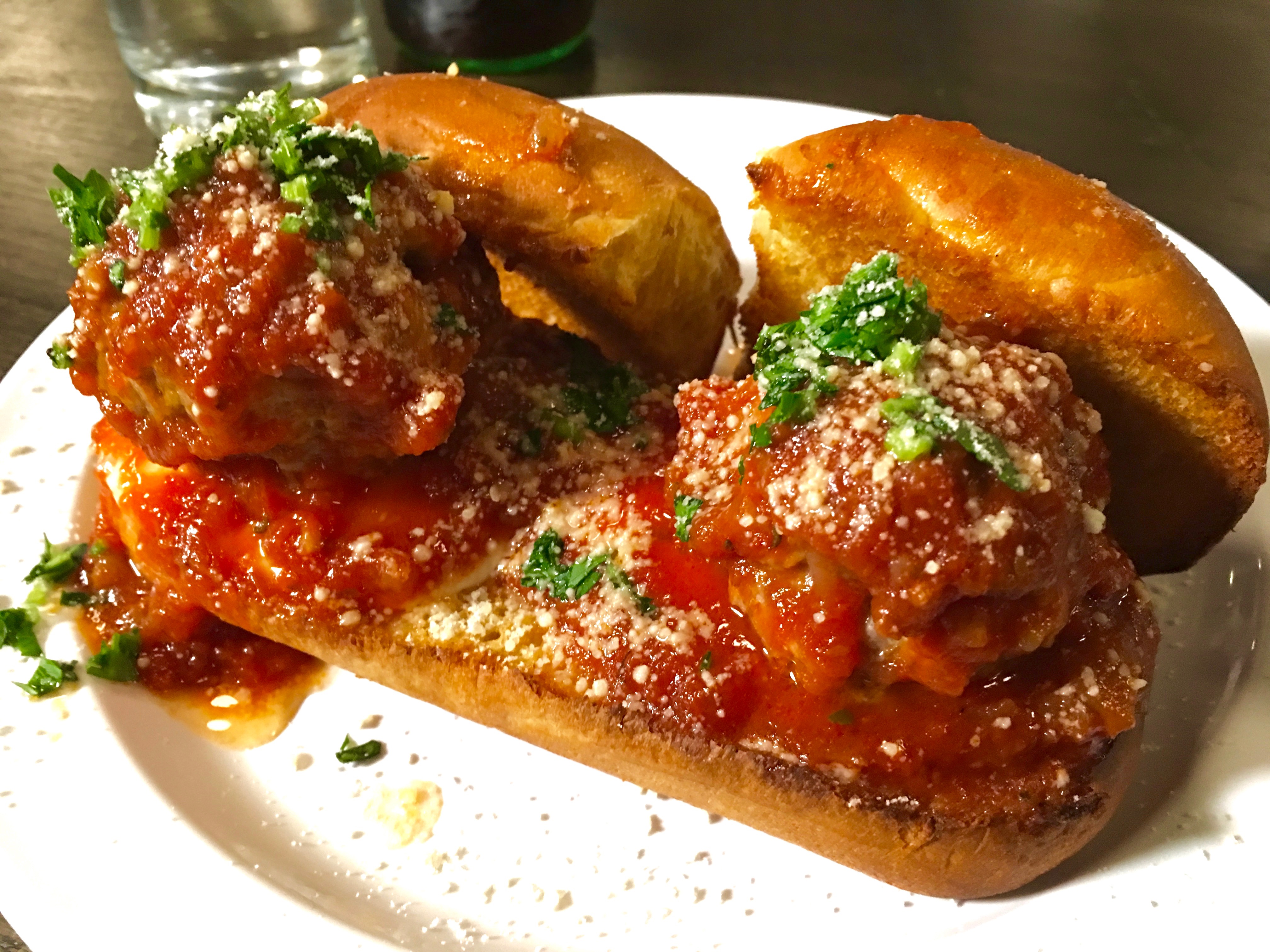 The Vitals:
the spot: The Blackstone Meatball 3910 Harney Street Omaha NE 68131
the eats:  Vegan Meatballs with a Spicy Pork Ragu
the bucks: $8
the full nelson: Meet meat going meatless only to get all meaty again. Just another day on the front lines of the Omaha food scene

Every now and then I come across a restaurant that is so tied to a chef, I find it impossible to separate the two. Matt Baum is the Blackstone Meatball Shop and vice versa. But Matt Baum ain’t no one trick pony either. He has spent half his life as a professional musician, touring with bands all over the world. His passion for food drew him to professional kitchens yet despite his exposure to every major city you could think of, he chose to make Omaha his city to perform on the culinary stage. Matt calls Omaha the front lines for food; you can do Meatballs as a stand alone concept in Chicago or San Francisco but Omaha is where this kind of food specialization is really needed. Speaking of special lets just trip out on 20 different meatball and sauce combinations that you can do for just $8. Being a carnivore by habit, it was a liberating experience to try a vegan “meatball”. And thanks to a well timed dig from Chef Baum on my Carnivore sponsored physique, I was happy to give the PETA lifestyle a one time go. How does one pull off vegan meatballs? With two of my favorite foods: mushrooms and beans. In fact I love mushrooms and white beans so much, in this instance, the “v word” was really not very intimidating. It also never hurts to toss on a little meaty ragu as a fail safe either. And that is the twisted genius of Matt Baum and Blackstone Meatball shop summed up in one delicious act: offer a vegan option that can be turned into a meaty masterpiece. It was actually kind of brilliant: they turned meat into a side dish and my dinner didn’t skip a delicious beat. Garlic lovers should rejoice in the chicken meatballs with pesto and really you can never go wrong with the classic beef meatballs in red sauce. Unless of course you’re vegan. And even then you might be tempted to cheat a little. I can hear Matt right now: “Go on try it – add a little meat sauce on your vegan ball – all the cool kids are doing it”. The one and only Matt Baum, ladies and gentlemen. An inspired and passionate chef with a dash of twisted genius. Reminiscent of myself. My kind of chef. 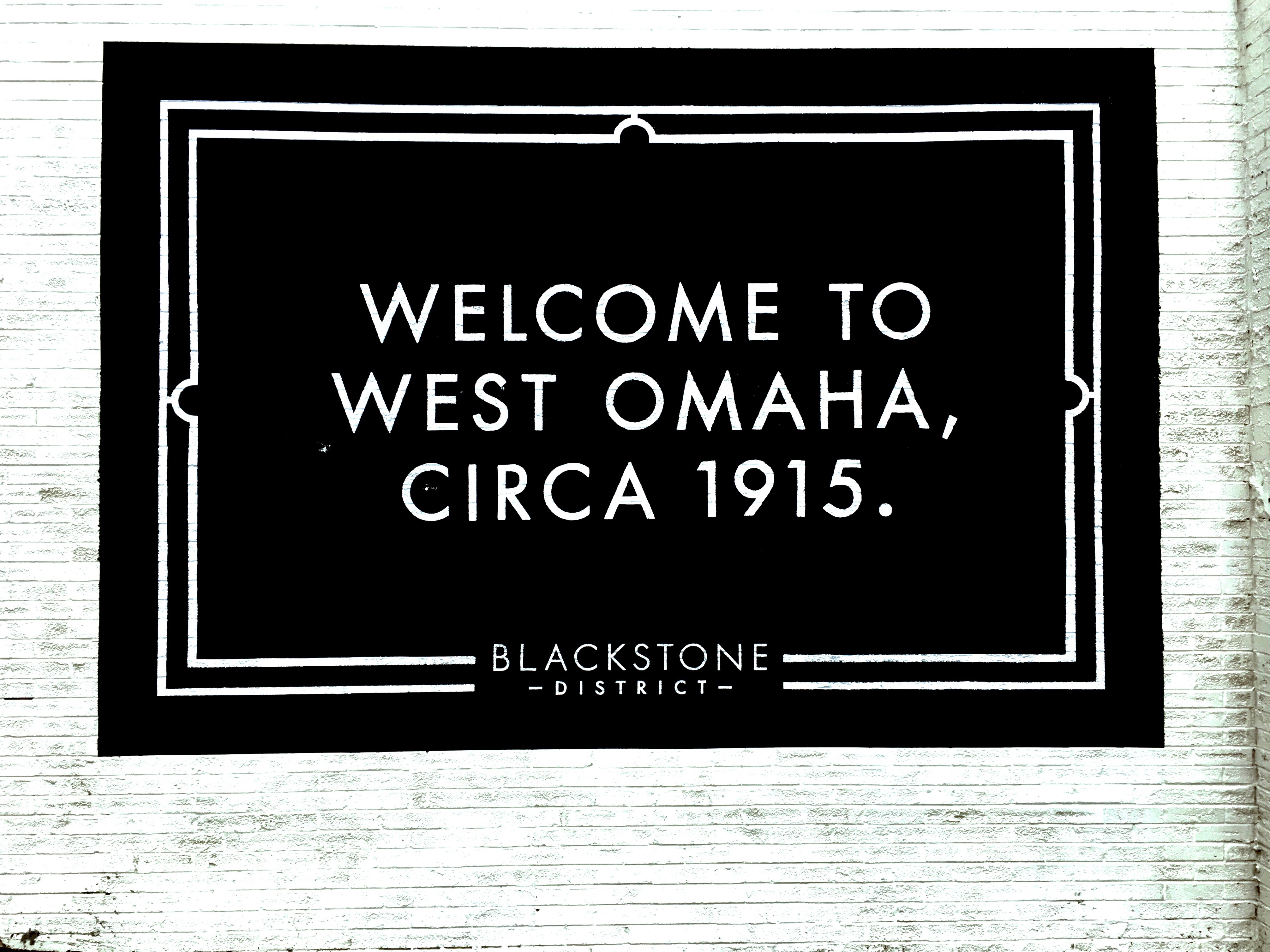 Omaha. Somewhere in middle America. Yeah, I have a soft spot for the Counting Crows. Ok, that’s out of my system but Adam Duritz wasn’t wrong: Omaha is very much a slice of middle America. And America is changing. Our food revolution is spreading from sea to shining sea, to food trucks and trattorias, pop ups and multiple course temples of eating. A perfect storm of Farm to Table is happening in the Midwest and Omaha is primed to become a culinary hot spot for a many years to come. You know, I’m not really not sure why Counting Crows wrote a song about Omaha. Maybe I should have quoted Conor Obrest. At least he is from here.

2 responses to “Omaha in Requiem”