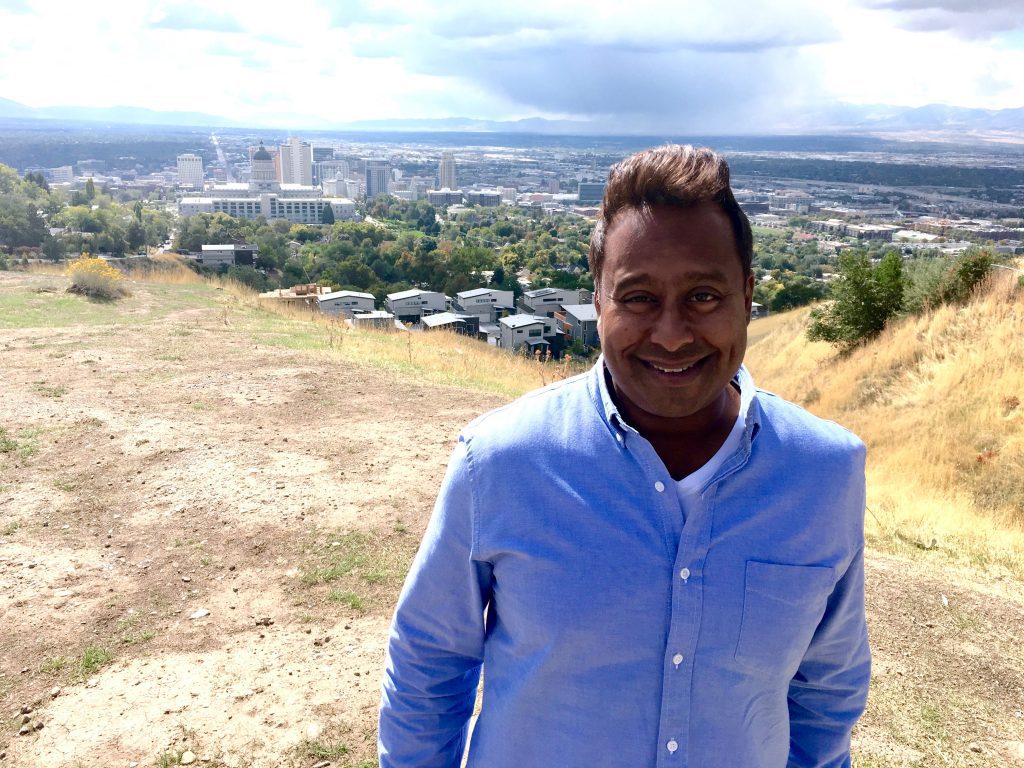 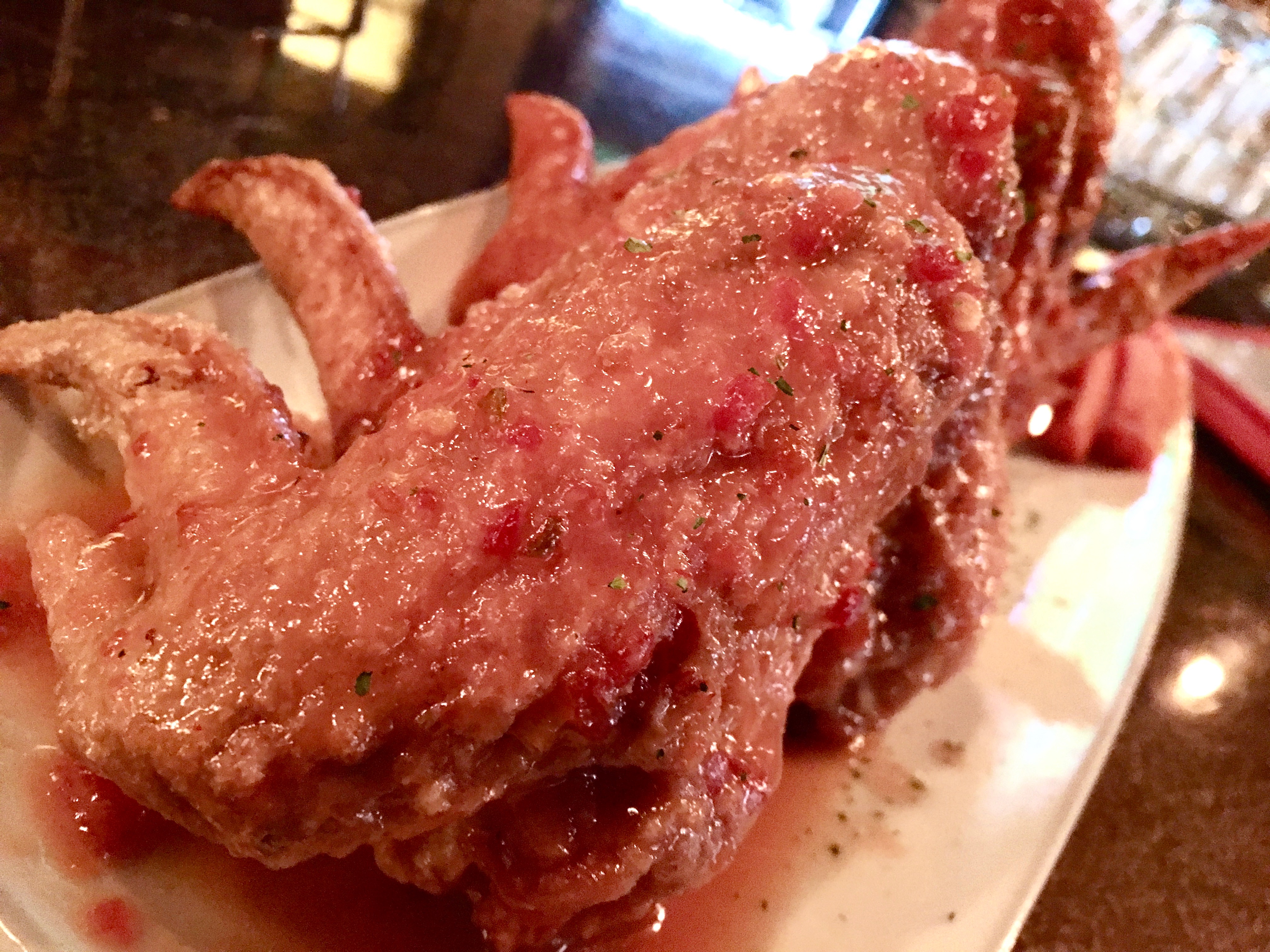 I had a lot of fun opening this episode with “Cheap Eats is bringing the pepper to Salt Lake City!!” but it turns out the SLC dining scene had the heat turned up well before I arrived. Over and over, folks pointed to the 2002 Winter Olympics as a tipping point. The loosening of liquor licensing gave restaurants a boost in biz which meant diners and restauranteurs could try new things. Like many cities in Season 2 of Cheap Eats, we take advantage of an up and coming dining scene, meet excited owners, and exciting chefs. What sets SLC apart from the others is a preconceived opinion of what people might have towards both city and state. Utah is synonymous with Mormonsim/The Church of Latter Day Saints. The Fried Mormon Funeral Potatoes is about as far as we trekked into this important and historic aspect of SLC, but it is but one part of a diverse and growing metropolis. On the drive in from Idaho, my eyes floated from an In-N-Out burger sign to a mountain skyline and suddenly I got flashbacks of my days in Los Angeles. Sunshine and a relatively more arid climate than other Rocky Mountain cities certainly push towards that comparison. What I am getting at here is SLC may not be what you think it is, especially if your imaginations point toward the direction of HBO’s Big Love. And challenging preconceived notions is what I love to do. Almost as much as I love to eat and speaking of . . . 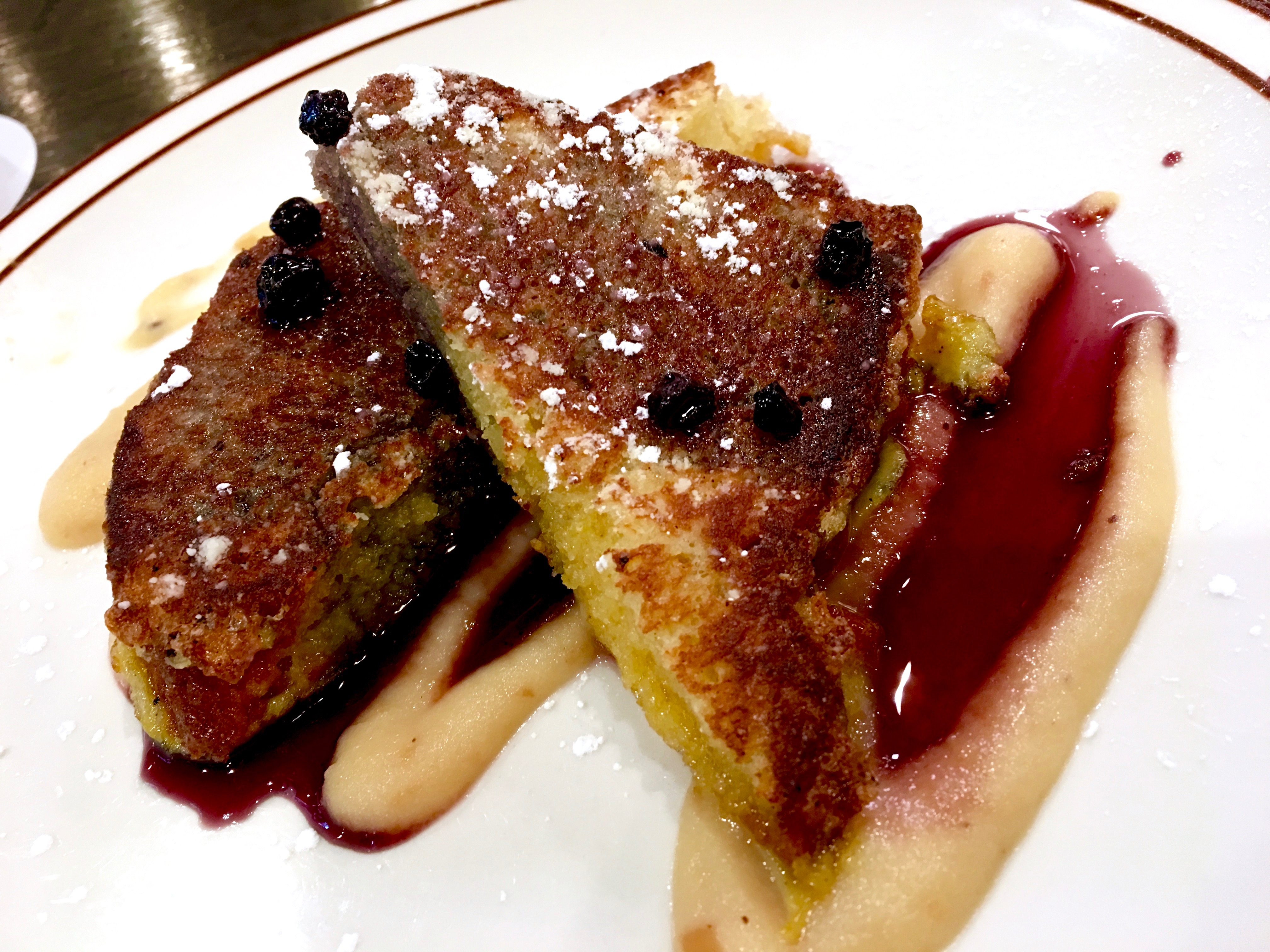 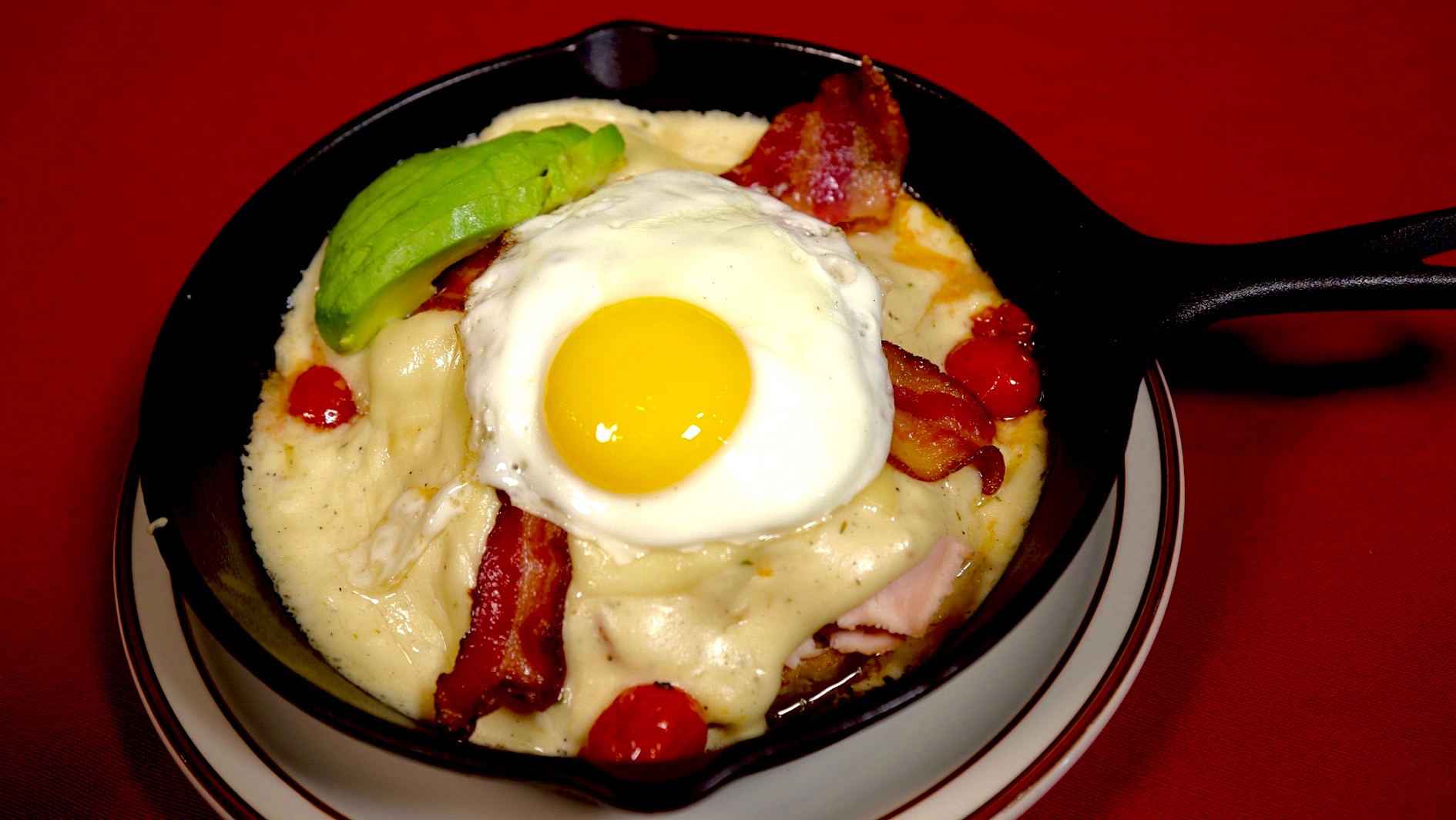 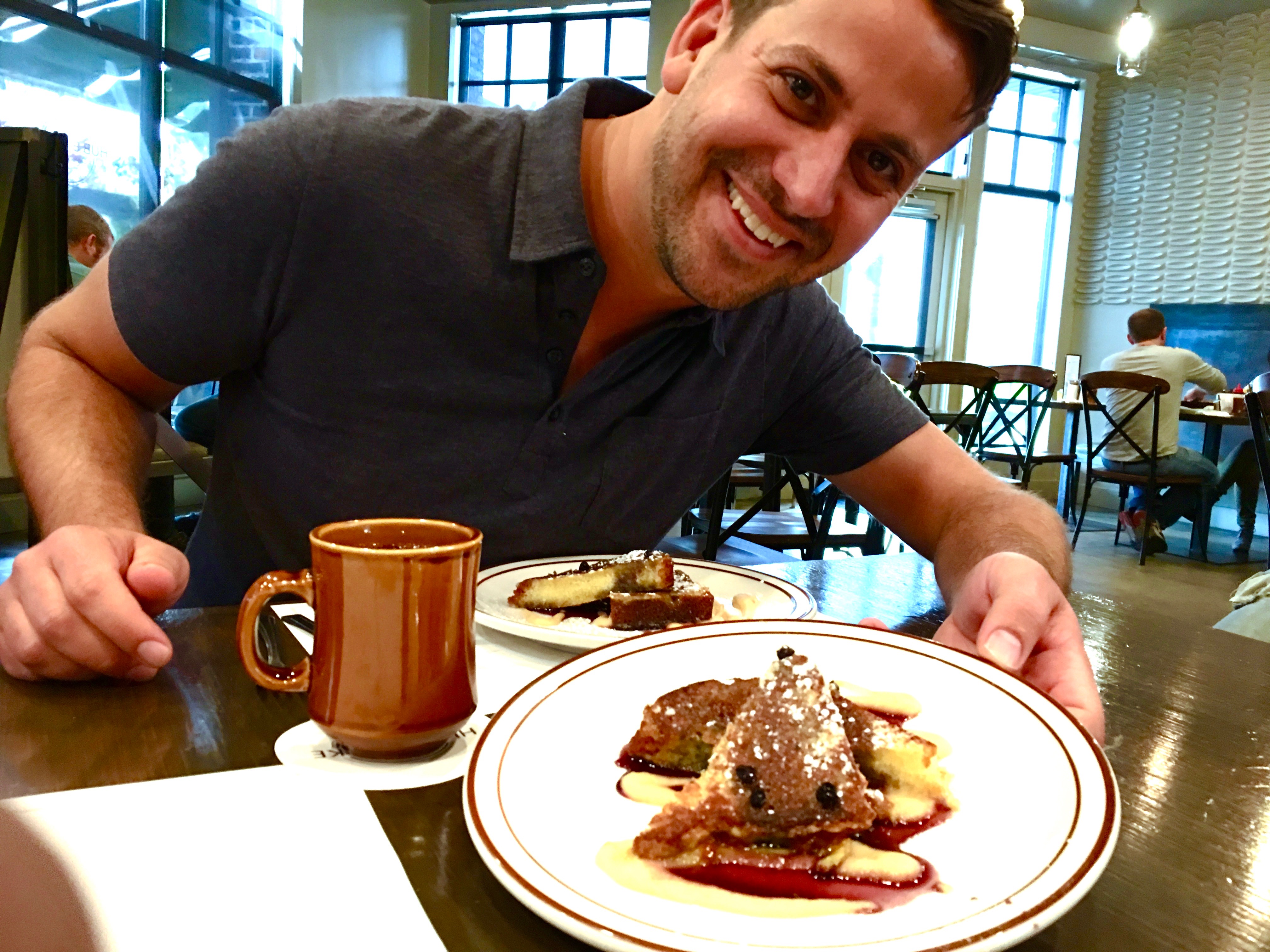 The American Diner is part of our culinary identity. But these days breakfast in America ain’t just Moons over My Hammy either. We are also becoming more sophisticated diners, at all hours of the day. Scott Evans(pictured) is clearly a guy who knows what works in today’s dining scene as he co-owns and runs five other restaurants that include all the right buzz words like small plates, farm to table and craft beer. He also has the diner tradition in his blood: his father grew up working in a diner owned by Scott’s grandfather. What does that mean for the breakfast scene in SLC? How about comfort food thats tuned up with technique like sweet tea brined grilled chicken sandwiches and tastes of our current Southern Renaissance in breakfast form, like Shrimp and Grits. We of course went sweet on our visit to Hub and Spoke with the Lemon Pound Cake French Toast, which at $6 for a half order is a full on steal. What made this French Toast stand out was not the zest of 40 lemons that go into the pound cake but actually the fact that they use pound cake to make French Toast. The density of the toast requires the Pound Cake to sit in batter for a longer period than traditional French Toast, but the result is a texture reminiscent of bread pudding. Yum. More than a few members of the staff pointed towards the Shrimp and Grits as their go to. Once upon a time, getting Shrimp and Grits this far away from Dixie, made for a song that longed for the South. Now, it seems like you can get a taste of the South anywhere, even in Northern Utah, as long as you are in the right hands, or rather the kitchen is in the right hands. A Kentucky Hot Brown would make for a find anywhere outside of Louisville. At Hub and Spoke, they throw an egg on the legendary open faced sandwich and then throw it on their brunch menu. At $11 a pop, Cheap Eats they are not, but if the Lemon Pound Cake French Toast is any indication, a worthy splurge they must be. The American Diner has had a proud history, but its future is what’s looking really good these days. 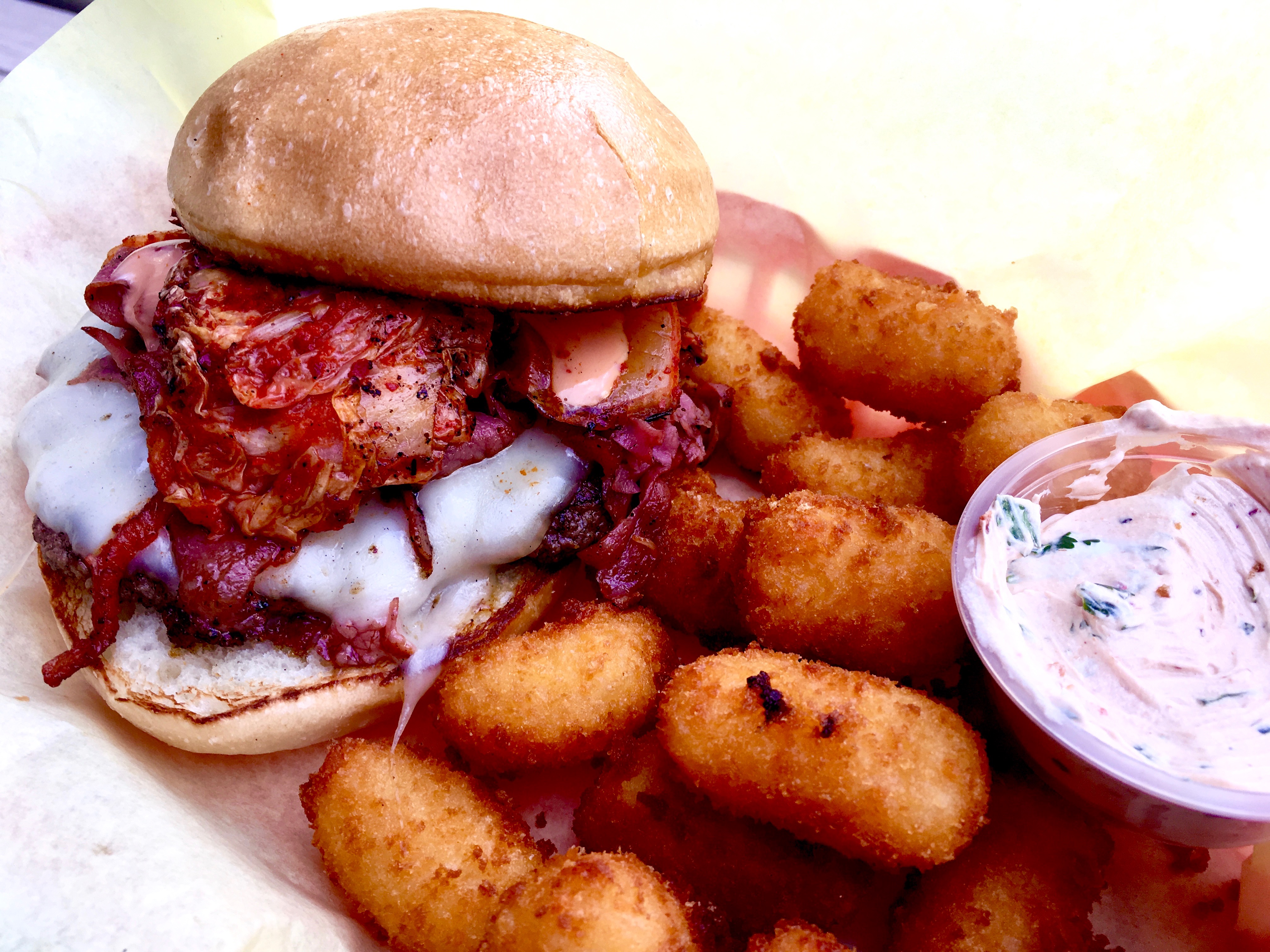 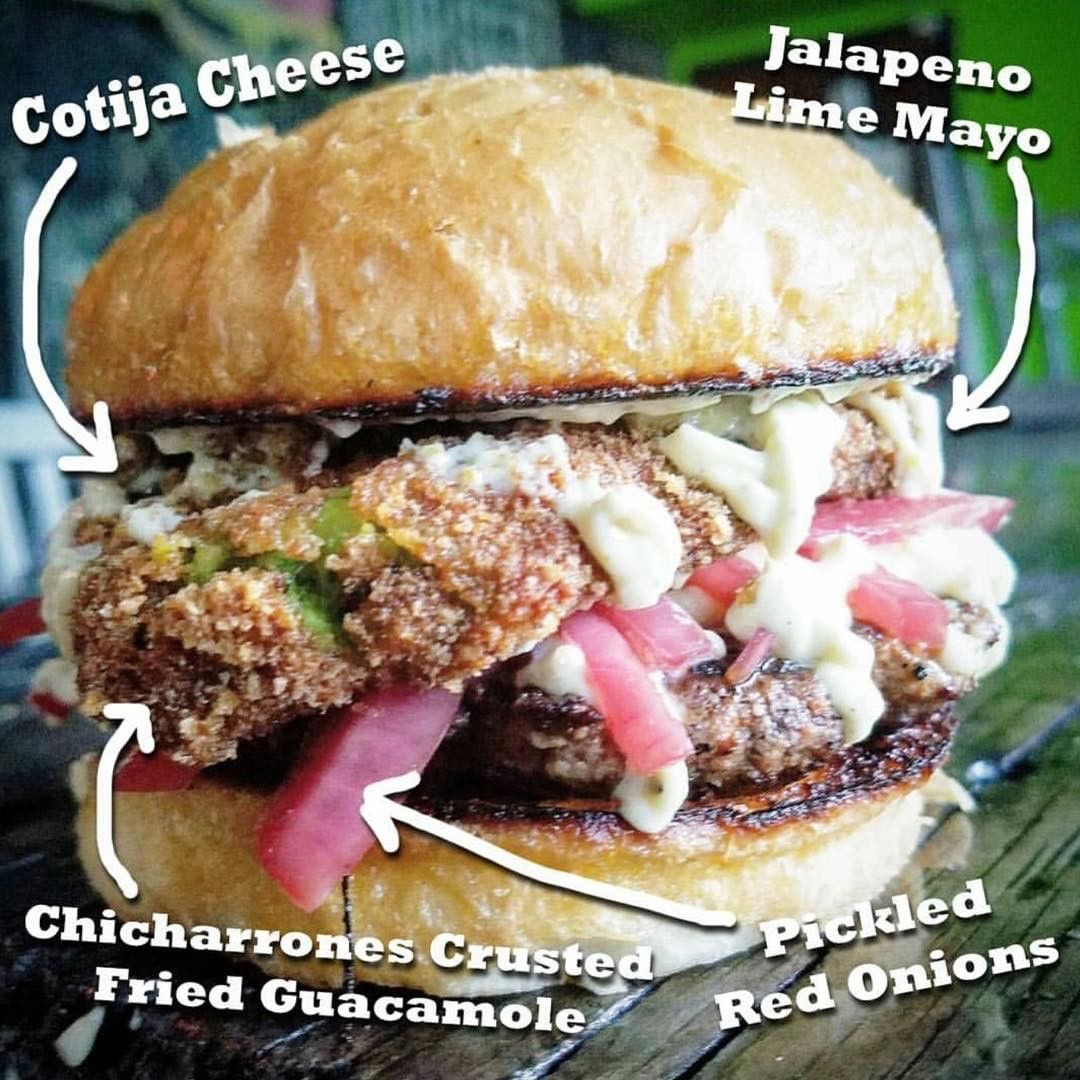 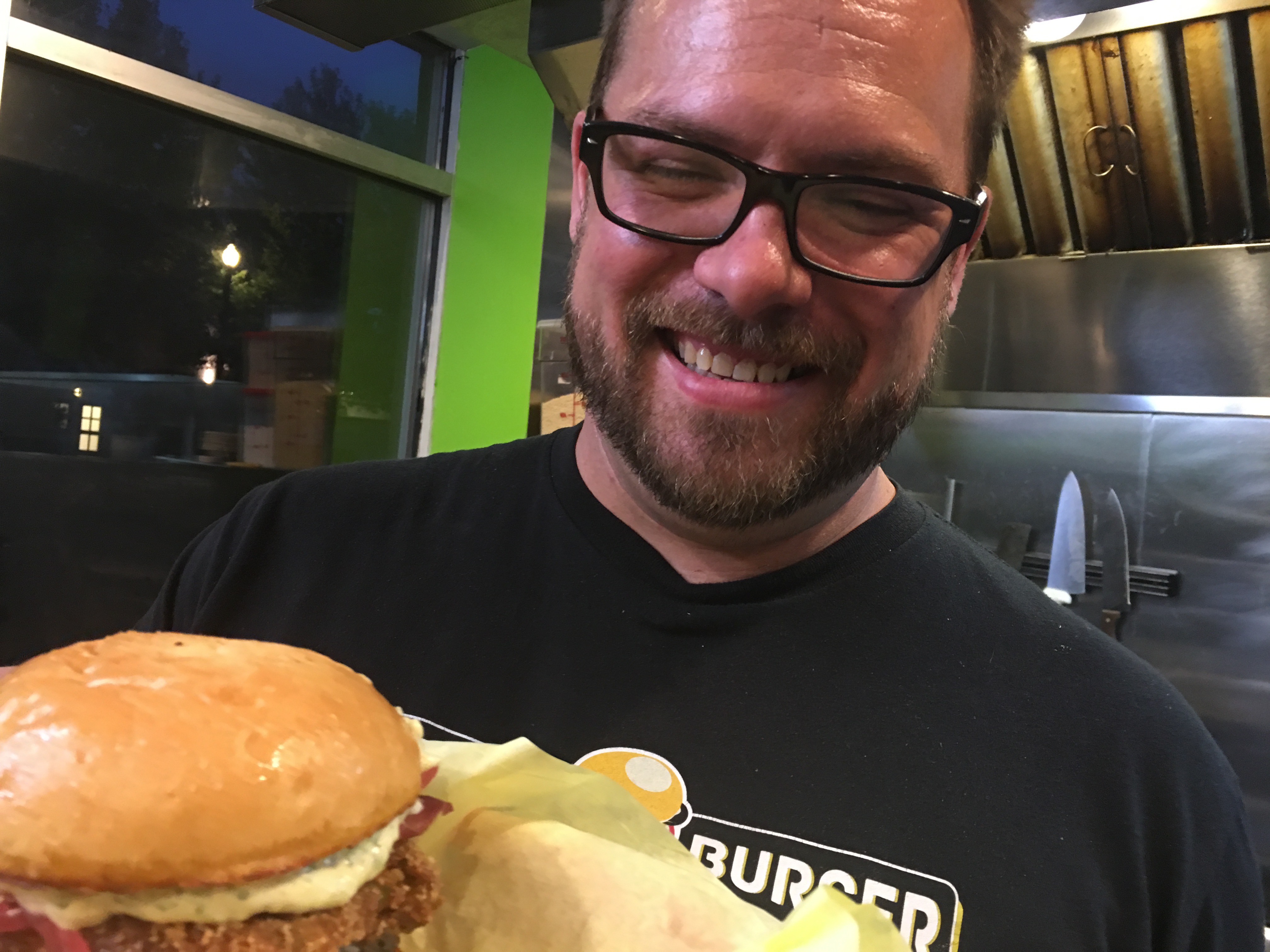 Straight up, the man behind Chedda Burger is my burger brotha from a Mormon Motha(converted but still). Nick Watt is hilarious, got mad cooking skills and probably has as much ADD as I do. He has a quality that I think many great chefs have: a healthy obsession. The man is obsessed with burgers and when you eat one of his, you understand rather quickly that his obsession is a very good thing when it comes to your burger fix. One look at the menu will tell you that Chedda Burger is one of those toppings burger concepts – a place that offers like 10+ burgers with distinct, often wild n cray cray toppings to suit your burger mood. This strategy of doing burgers has proven to be successful for the masses, but for the purists, like myself, I find the toppings to either distract from the bare bone burger elements, or is a tell tale sign that the restaurant has no clear cut vision in what they believe a burger should be. Chedda Burger thankfully does not fall into the former category because as wild sounding as the toppings are, they support the burger rather than smother it. Take the La Tula for example. As crazy as it sounds to add deep fried guacamole to a burger, it’s far crazier to overload a burger with guacamole, which is easy to do and happens far too often. The ratio is spot for the guac, as is every topping on all his burgers. He plays around with kimchi on the Round Eye burger but manages to keep the flavor of fermented cabbage from becoming a distraction to the overall burger flavor experience. He plays it smart with a five ounce patty and the buns as are bespoke as they get in the burger world. Yes, the menu is riddled with enough munchie talk to make Shaggy and Scooby grow a pair and chase down a ghost; but the flavors work, the taste of the burger patty dominates and the structural integrity of the sandwich holds up all the way through the final bites. And that my friends is a sign that this restaurant has a clear cut vision of what a burger should be. Like a lot of 21st century restaurant success stories, Chedda Burger started out on four wheels before dropping anchor into a brick and mortar. And fans from the food truck days remain. They are loyal to Nick and Nick is loyal to them; when we were shooting, Nick stopped everything so he could take an order of a long time customer. Some call that dedication, I call it a healthy obsession with burgers. The only problem is my burger fix is 1300 miles away. But I wouldn’t be surprised if this place franchises out and does so the right way. And after you try these burgers, you wouldn’t be surprised either. 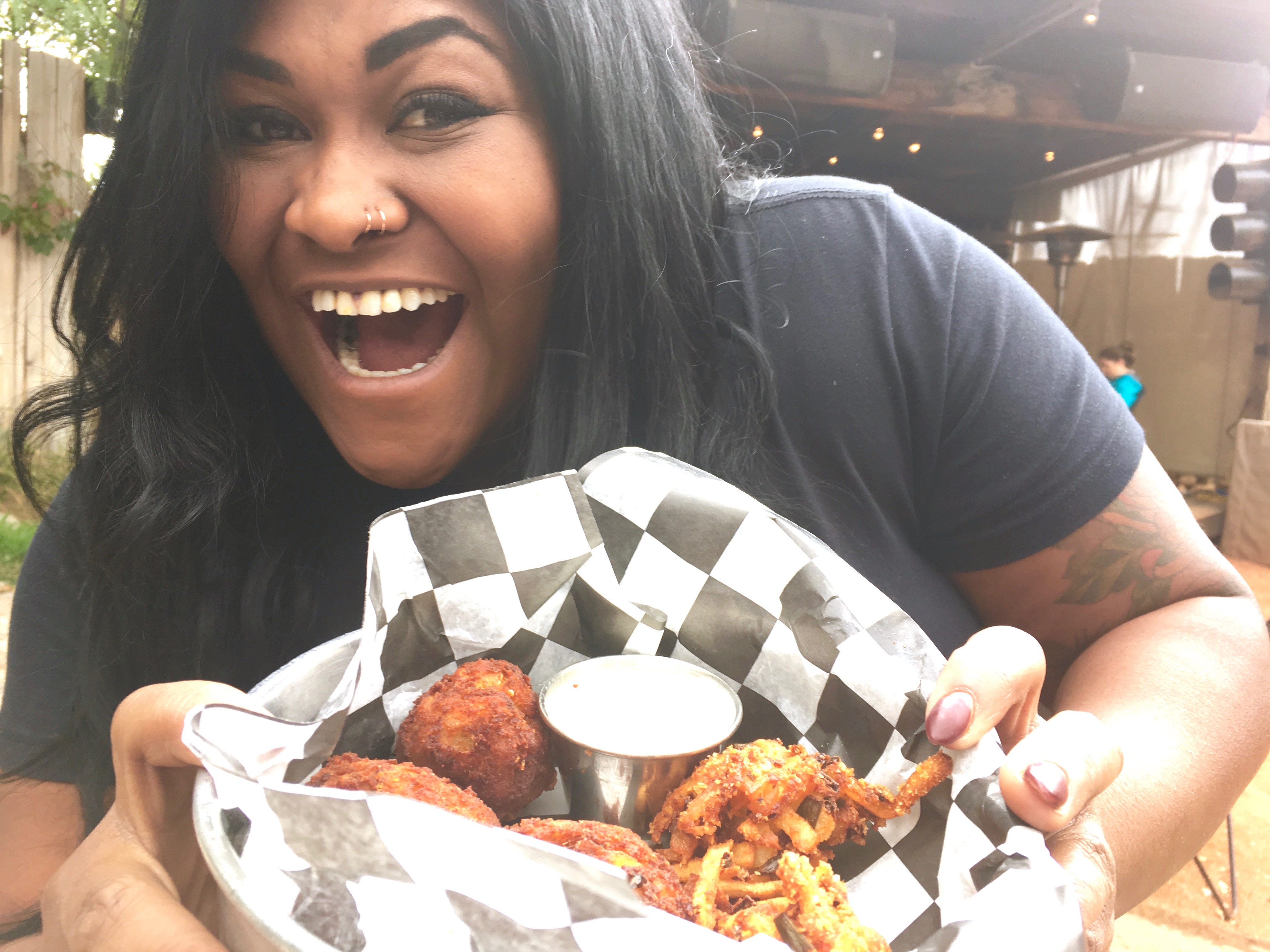 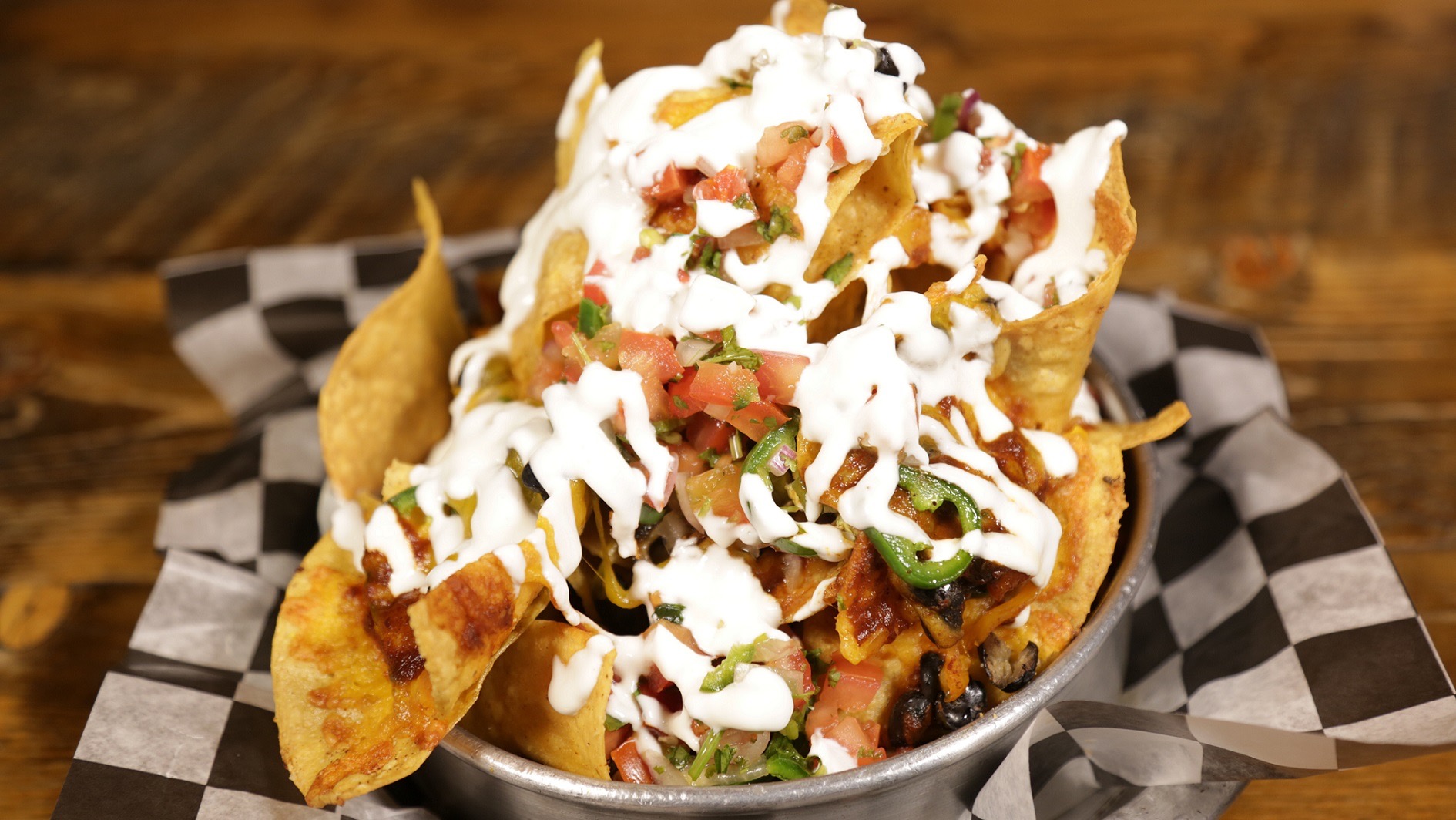 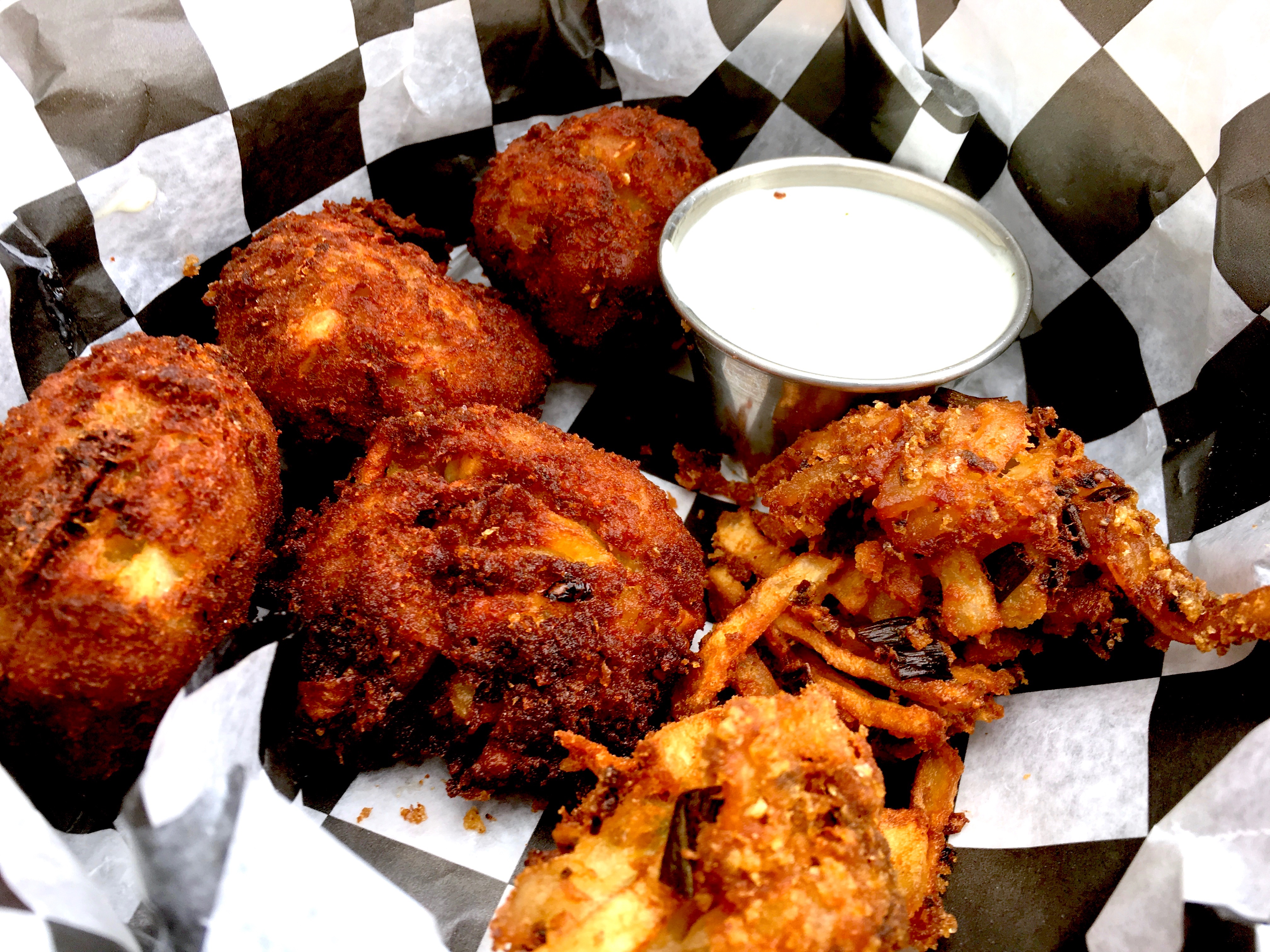 The Gods of Mount Olympus must be a demanding bunch when it comes to bar food. I mean, even when the base requisites come down to plenty of booze and a menu of fried food, I’m sure Zeus and Hera would send a plate of jalapeño poppers back in a heart beat, if they found out the ranch served on the side wasn’t made in house. Which is why I’m glad to have a place like Garage on Beck in my Cheap Eats rolodex. In the event that Zeus and company hit me up for a Cheap Eats recommendation in SLC, I know to send them here because, yes the ranch dressing is indeed made in house. And they can get a taste of a local food icon: Fried Mormon Funeral Potatoes. Like the Tater Tot Hot Dish we featured in the Minneapolis episode of Cheap Eats, Fried Mormon Funeral Potatoes are a true local thang and what’s more – you can’t find ’em in a restaurant. Your best bet is either at a funeral or house/dinner party. I’m a sucker for hash browns, and the shred of these taters were more than a tad reminiscent. Garage on Beck was also one those “this is Utah?” kinda moments. For a town, heck a state, that is practically dry, I saw more than a few gents tipping back shot glasses at 10am. And I ain’t talking vacationing millennials, I mean the man who rolled in with the rig. Beyond being an epic Manly bar in SLC, Garage on Beck took the leap of celebrating a local food tradition that no other restaurant had, something that certainly is commendable. But you might be happy just dunking some of these fried balls of carb goodness in that homemade ranch and taking a shot back. I know Zeus would be pleased. And he is a God after all. 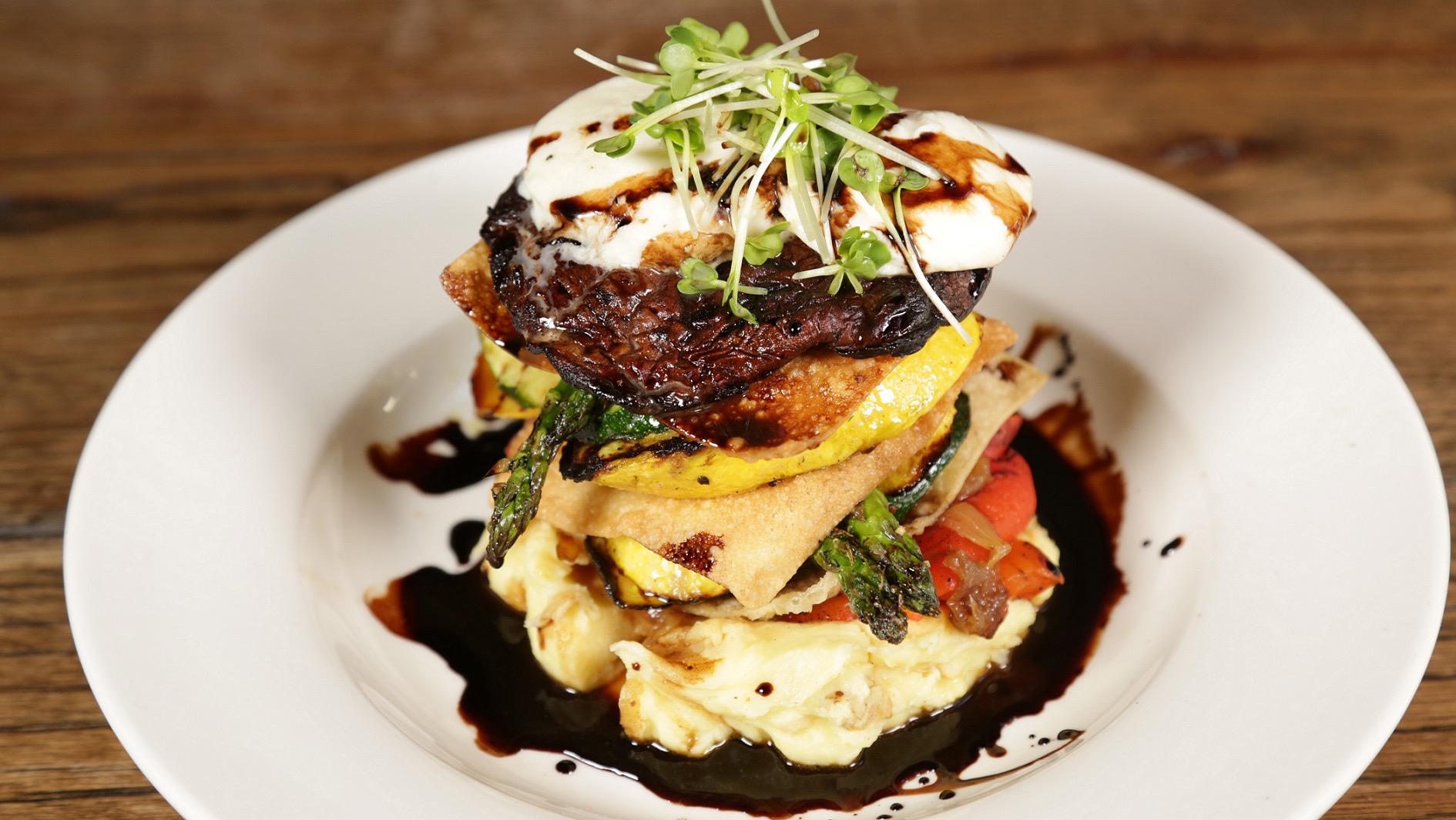 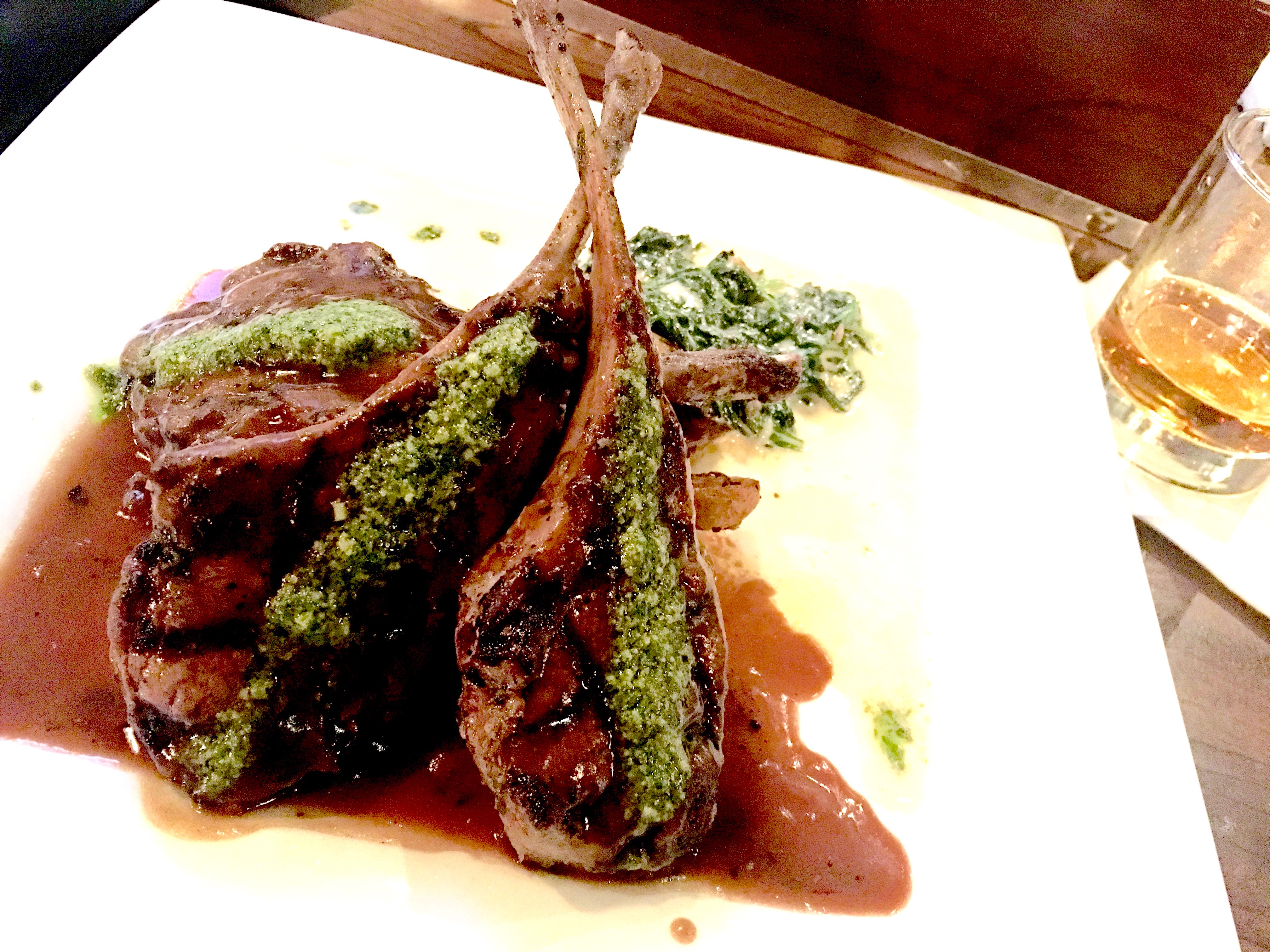 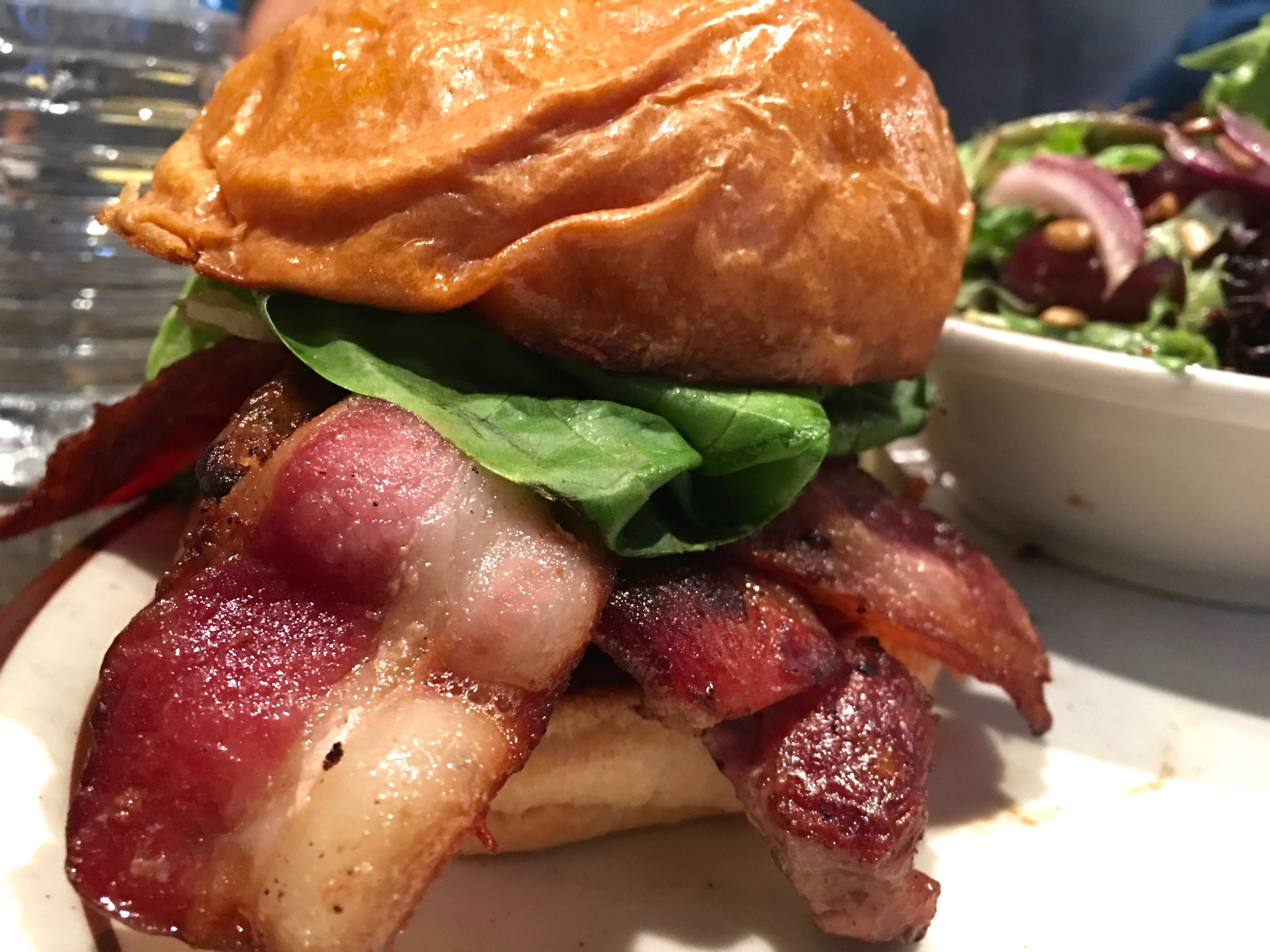 We just need to get this out of the way: Whiskey Street ain’t cheap, people. It’s pricey and borderline fancy – the only reason it doesn’t full on tip into formal dining/expense account status is because the bar is just too damn fun. In fact it helps coax the weary traveler/solo diner, like yours truly, that ponying up to the bar to have a whiskey and a bite is super doable. Then the overwhelming selection of whiskey hits you, and suddenly you may find yourself in need of a $27 plate of lamb chops. In lamb chop world, $27 is almost a deal as these chops were Frenched and tender as can be. Yeah, this was rack of lamb, and to find it under $30 makes it exactly that: a find. Whenever I see the word “Napolean” on the menu, I am taken back to the 80s when I would frequent French restaurants and I feel I must tip my cap to that old school fancy caliber of cooking the kitchen is serving up. Enter Whiskey Street’s Vegetable Napolean, far from bar food but served at the bar(along with the dining area) nonetheless. All of this should serve as good perspective then when examining the dish we featured in Cheap Eats: The Tasso Chicken Club. Yes, this is a sandwich for dinner but this is a meal you can eat with a fork and steak knife. Whatever points the sandwich lost for falling apart are made up for it’s gargantuan ingredients. The chicken breast was entrée sized, to call the bacon layered on top generous, would be an understatement. And then there is the in house smoked Tasso ham which is after all, smoked in house. Each bite of the chicken club was more than a mouthful. A sandwich so damn hearty, I felt like I was back in Philadelphia, taking on a large Roast Pork sub at Tony Luke’s, which is a sandwich that most certainly fits the size and satisfaction of most diner’s dinner needs. At $13, it is not the cheapest Cheap Eats dinner we have come across but you are definitely getting out of Whiskey Street with your shirt on and your belly, full. The whiskey bill is another story. I recommend sticking to Buffalo Trace and know that they are strict about the 1 oz pours. The place might be called Whiskey Street, but that street is still in Utah. 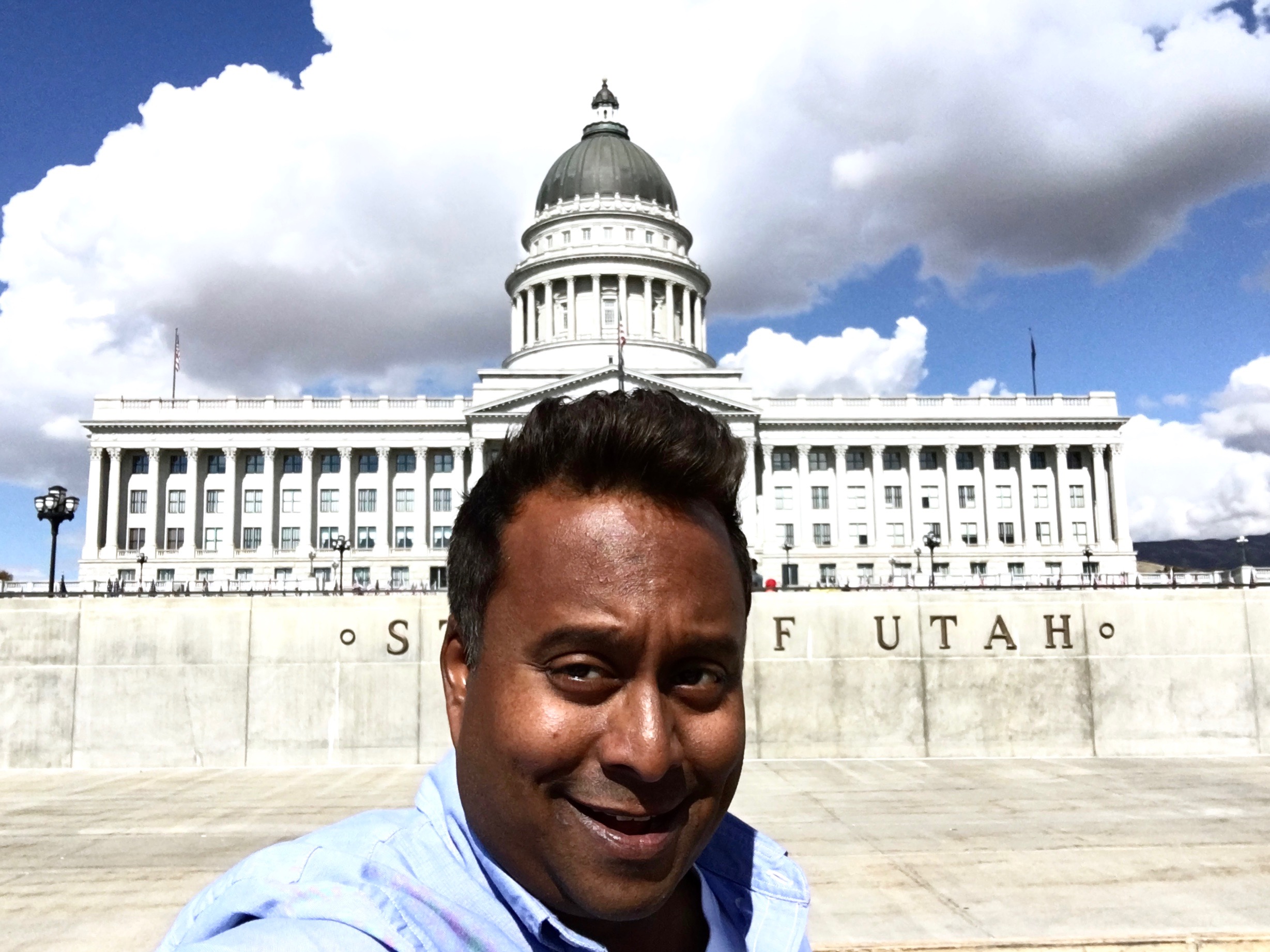 I’ve been told Utah is one of the most gorgeous states in the country, and being a fan of sunshine, arid climates and mountains, I am more than inclined to agree. The soaring white Salt Lake Temple is indeed a beautiful fixture of SLC but also just one part of a diverse, multicultural city. And the food? Yeah, the food is really happening here. Given the size and forecasted growth of the city, this dining scene is just getting started. And that means I’ll have to come back. But next time I’ll remember to leave the pepper at home. Because its already here.