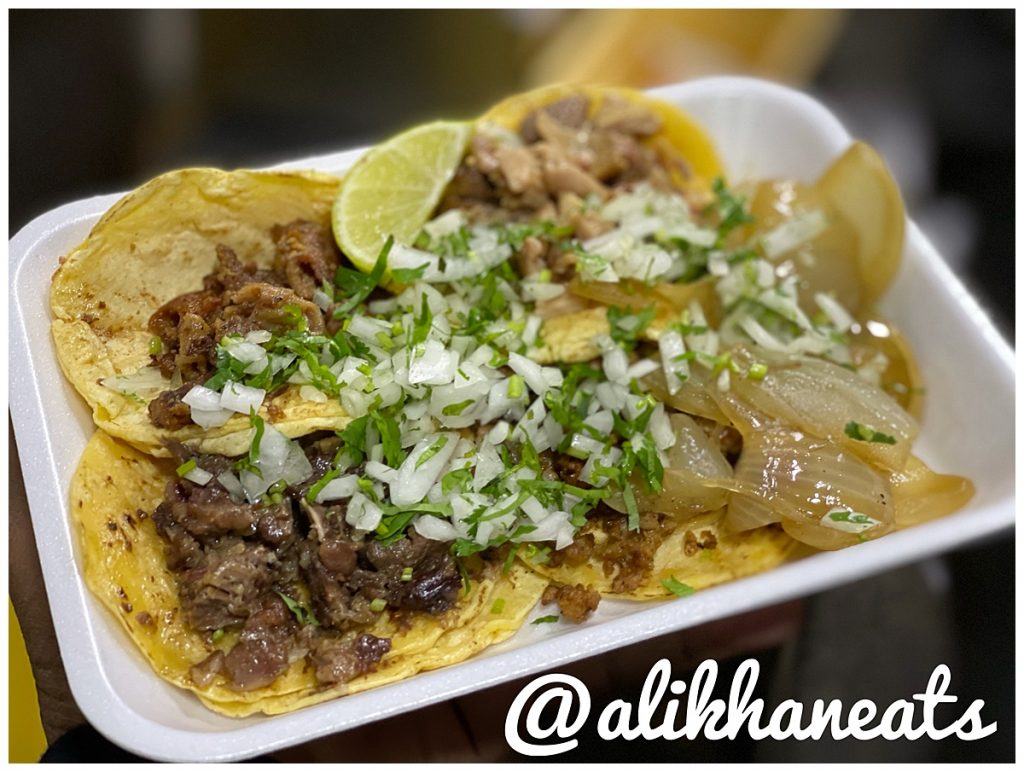 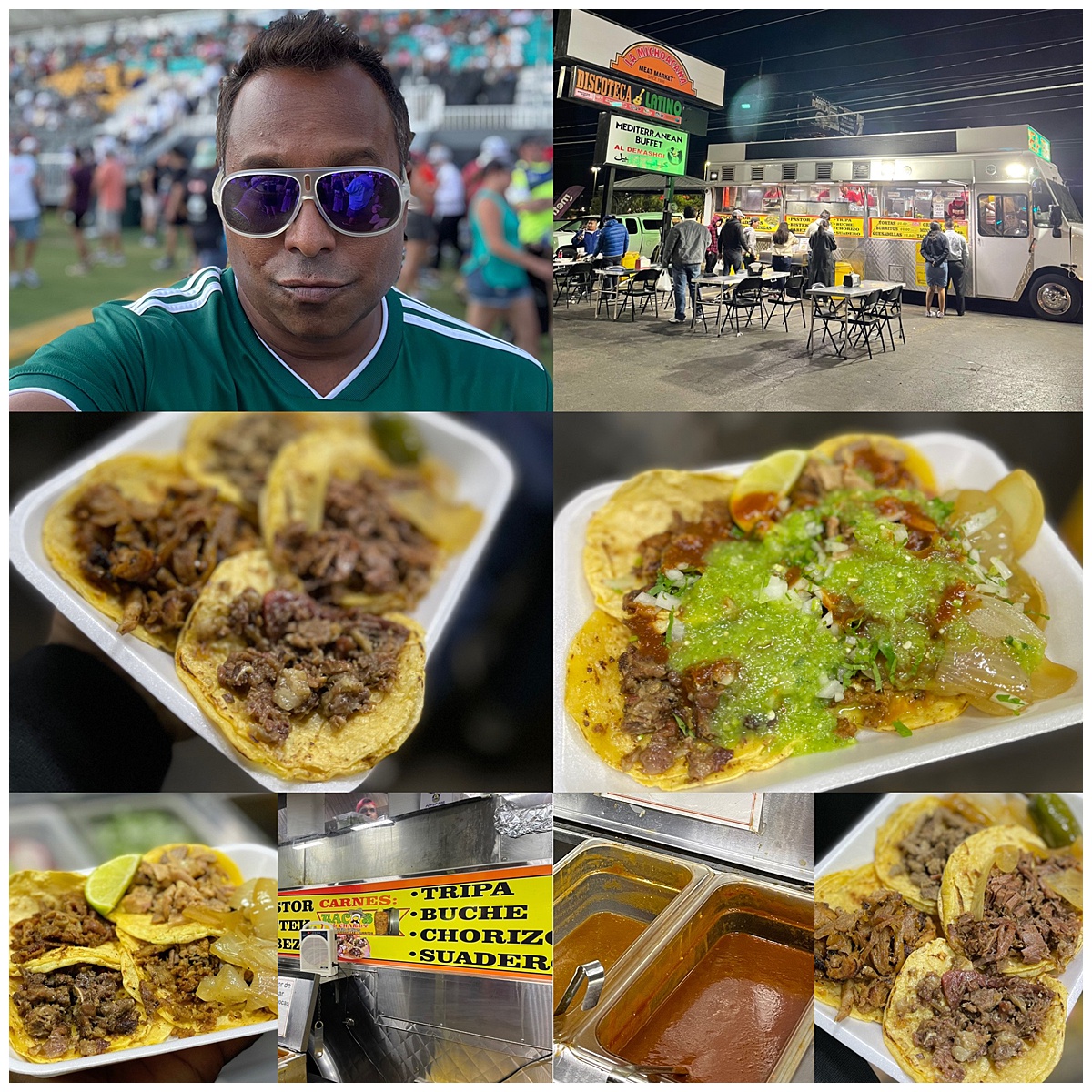 The Vitals:
the spot: Tacos El Charly 9306 N. Lamar Blvd Austin TX 78753 (in the parking lot)
the eats: street tacos
the bucks: $1.60 each(!!)
the full nelson: street tacos as cheap as they get but you might be tempted to spend more elsewhere

Few foods get me hyped up to give a mad dog look more than legit street tacos. Cheap, juicy and always tempting, street tacos have an appeal to make even a semi timid eater a bit more adventurous. So when my internet research came across Tacos El Charly, I was salivating for my next late night taco run. 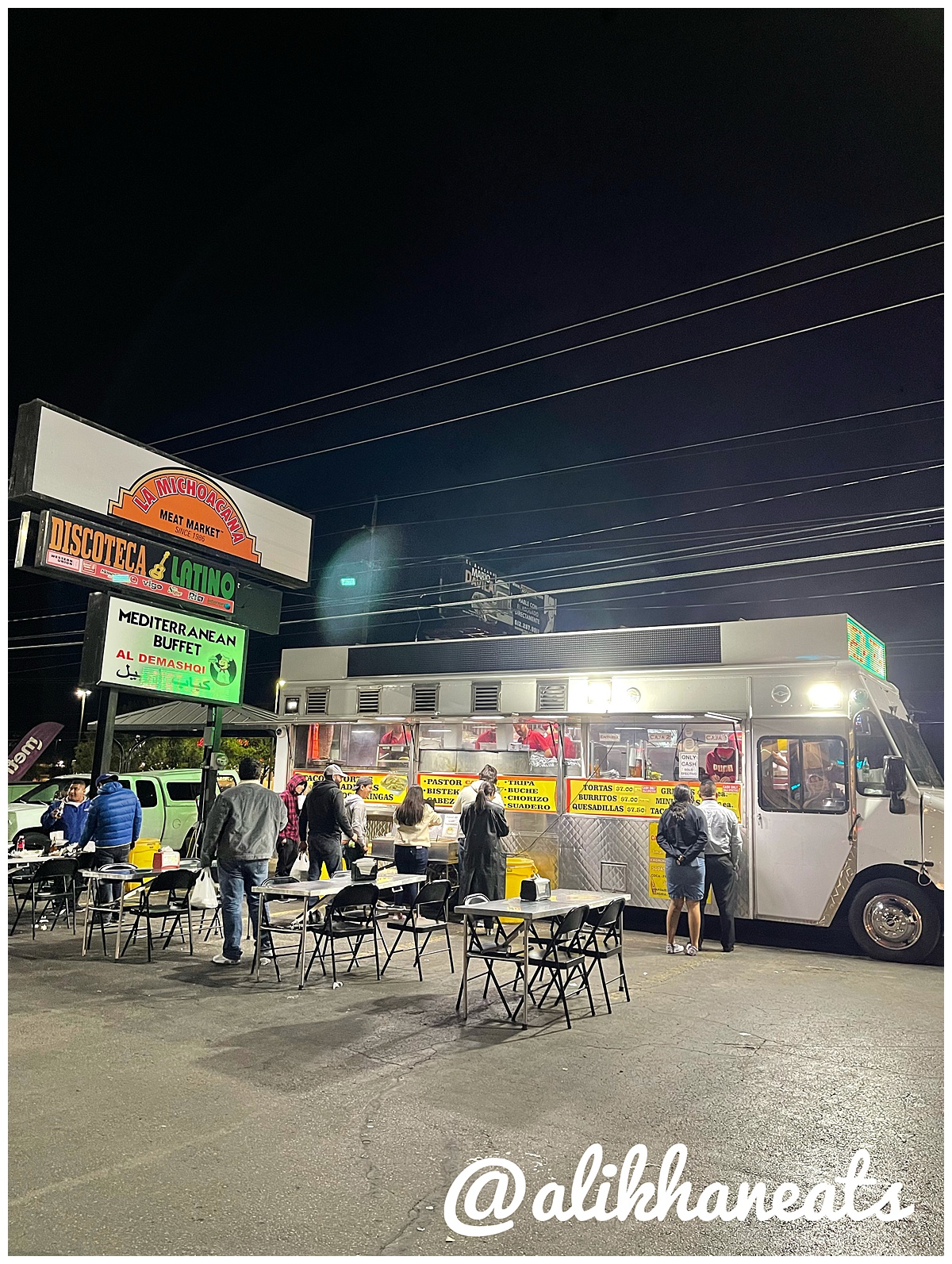 I dipped over to Tacos El Charly around 11:30 pm a few weekends ago. And the parking lot was popping. The scene was reminiscent of my taco truck excursions in LA, where everyone orders in Spanish and you best have cash on you. No credit cards or venmo happening in this parking lot. 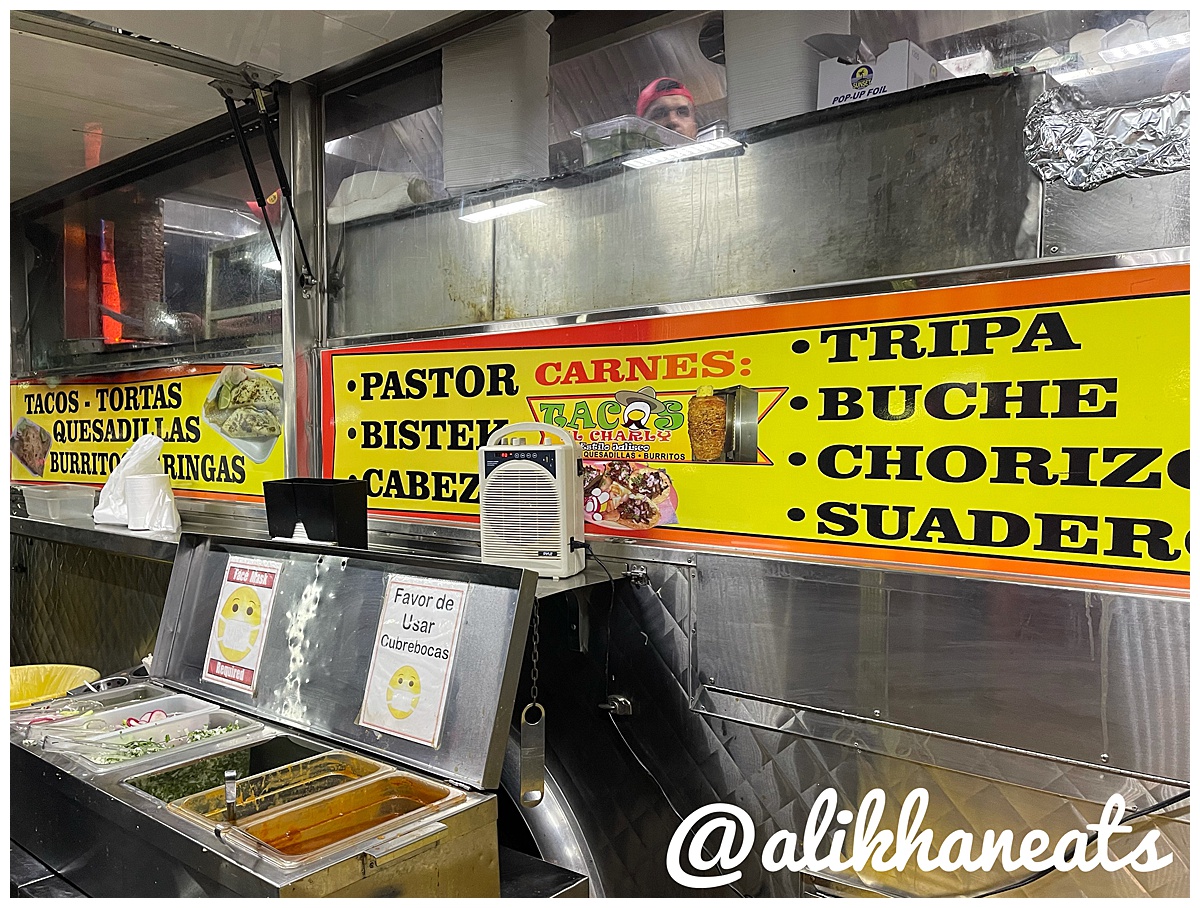 No chicken. No Impossible meat.

The menu is prime street taco fare at Tacos El Charly. Offal makes up almost half the menu. And each taco is a $1.60 if you get the street size. And I think that is the best way to sample the menu. 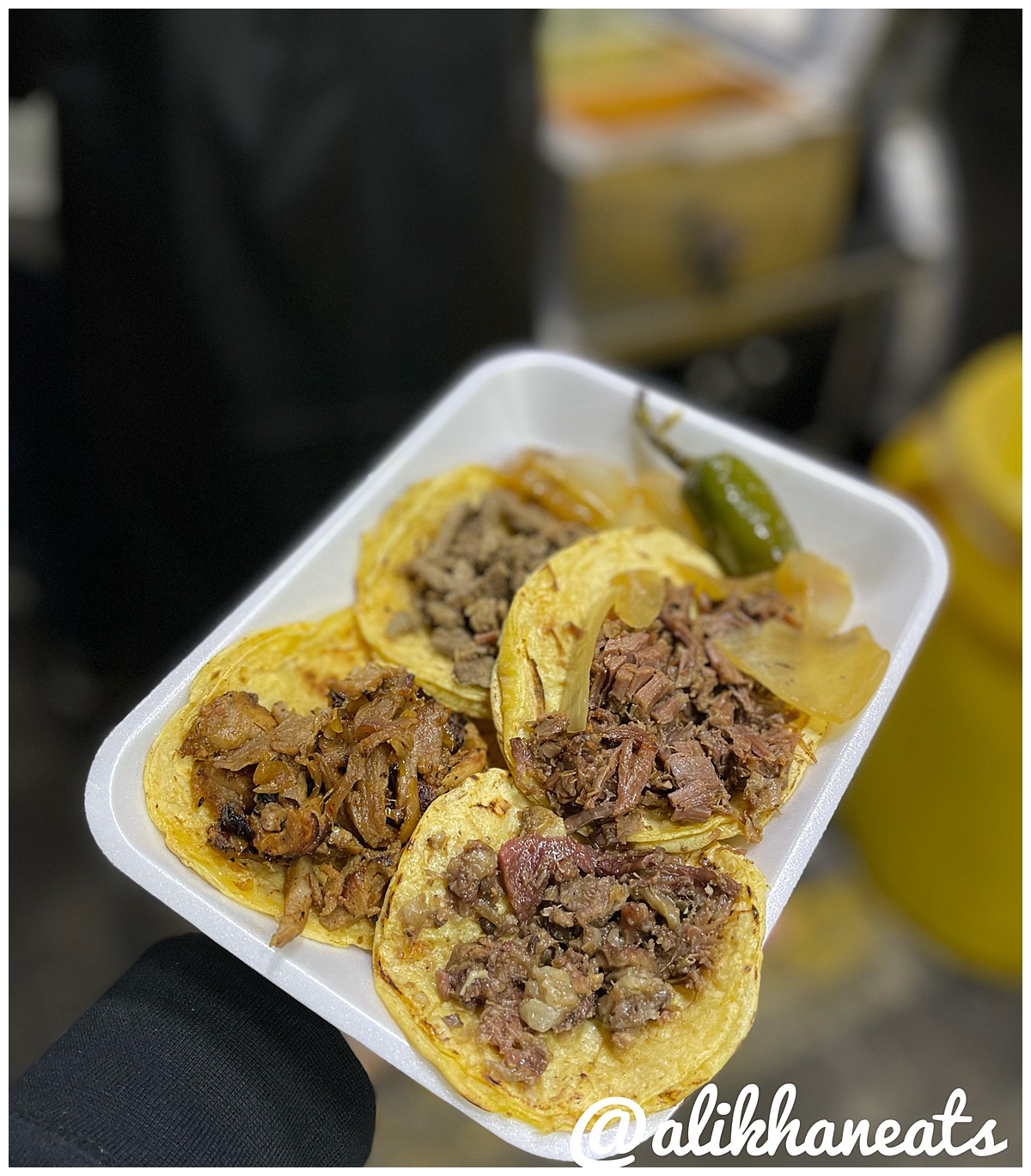 First off I should note that Tacos El Charly had six dudes working the truck that night. These tacos came out fast.

Cabeza(beef cheek) was far and away the best of this bunch. Buttery and rich and easily a repeat order.

As for the rest of the beef, I’d skip it. The bistek(steak) was forgettable and the suadero(braised brisket/rose meat) just misses the mark when compared to more noteworthy versions at Cuantos Tacos or Suerte. Yes those versions costs more, in Suerte’s case much more, but better is better.

The Al Pastor(vertical rotisserie pork/Mexican Shawarma) had some flavor but was cut too early off the trompo as it lacked crispness/bark. 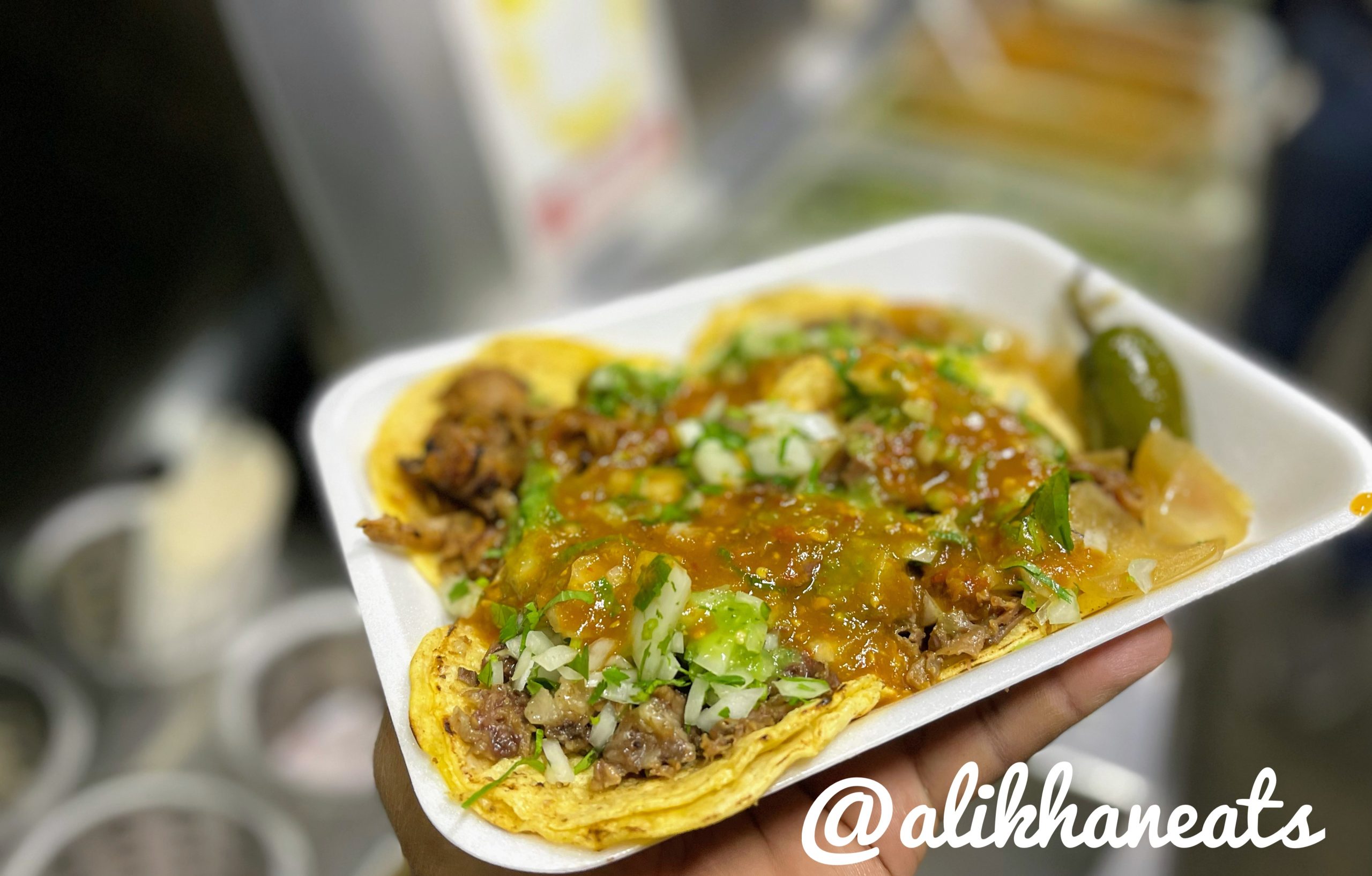 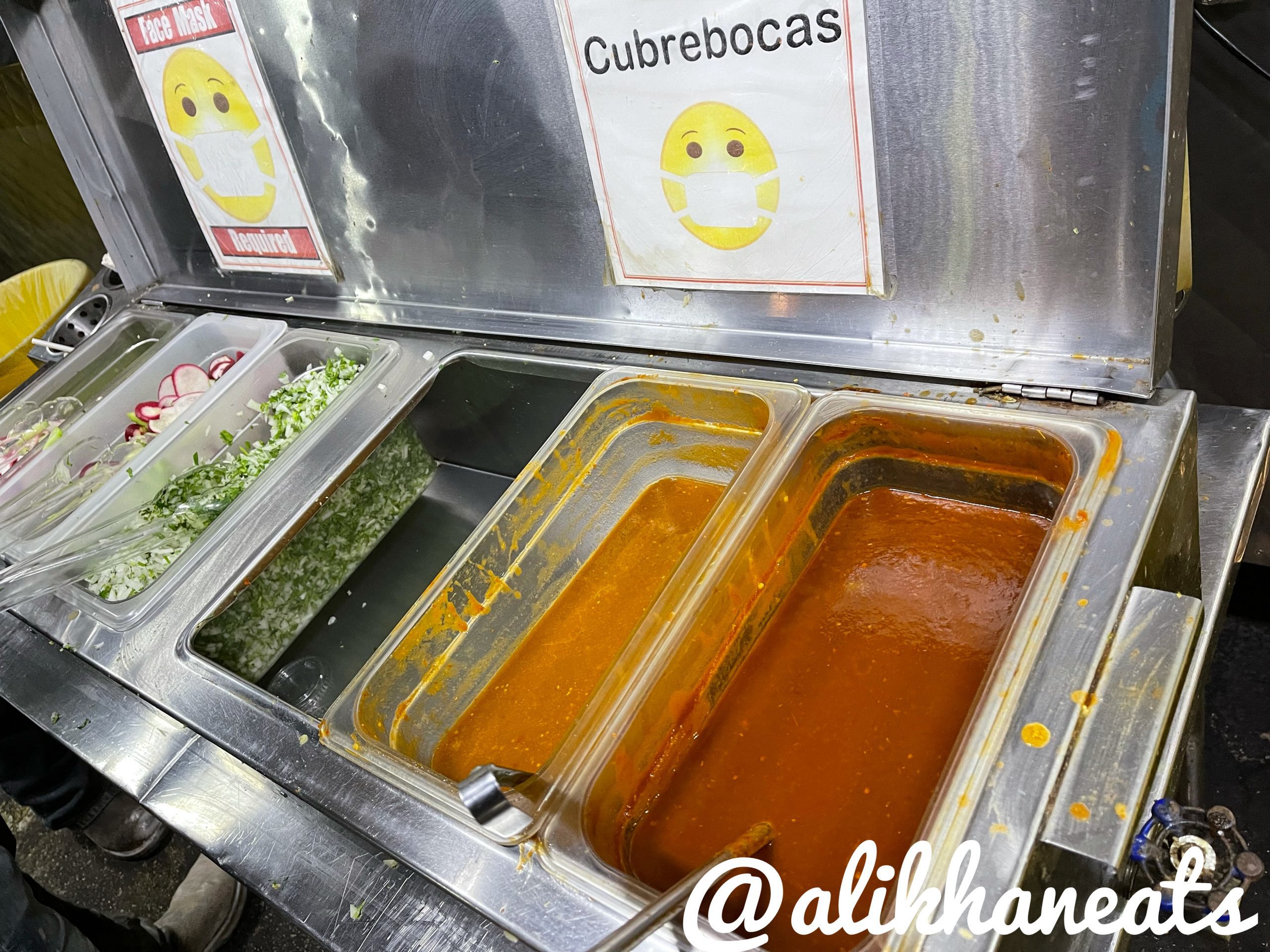 About that salsa bar

In the moment while I was jotting down notes and noshing on these tacos, I was gagging from the heat. A good sign indeed. If it comes to anything red at Tacos El Charly, use caution. I’m not gonna call these salsas balanced but they had the right feels for a late night taco experience. Which is too say it will induce some perspiration. 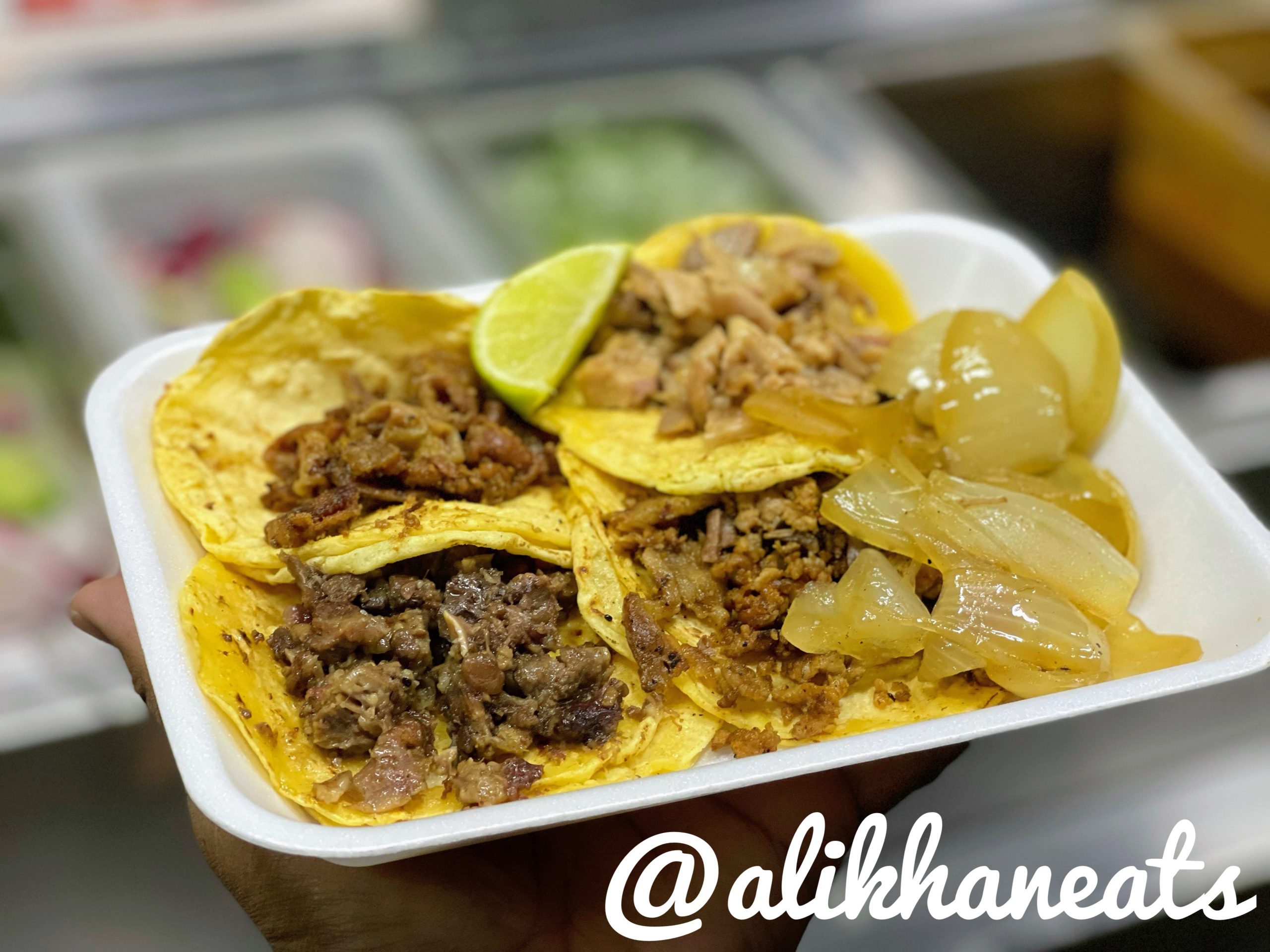 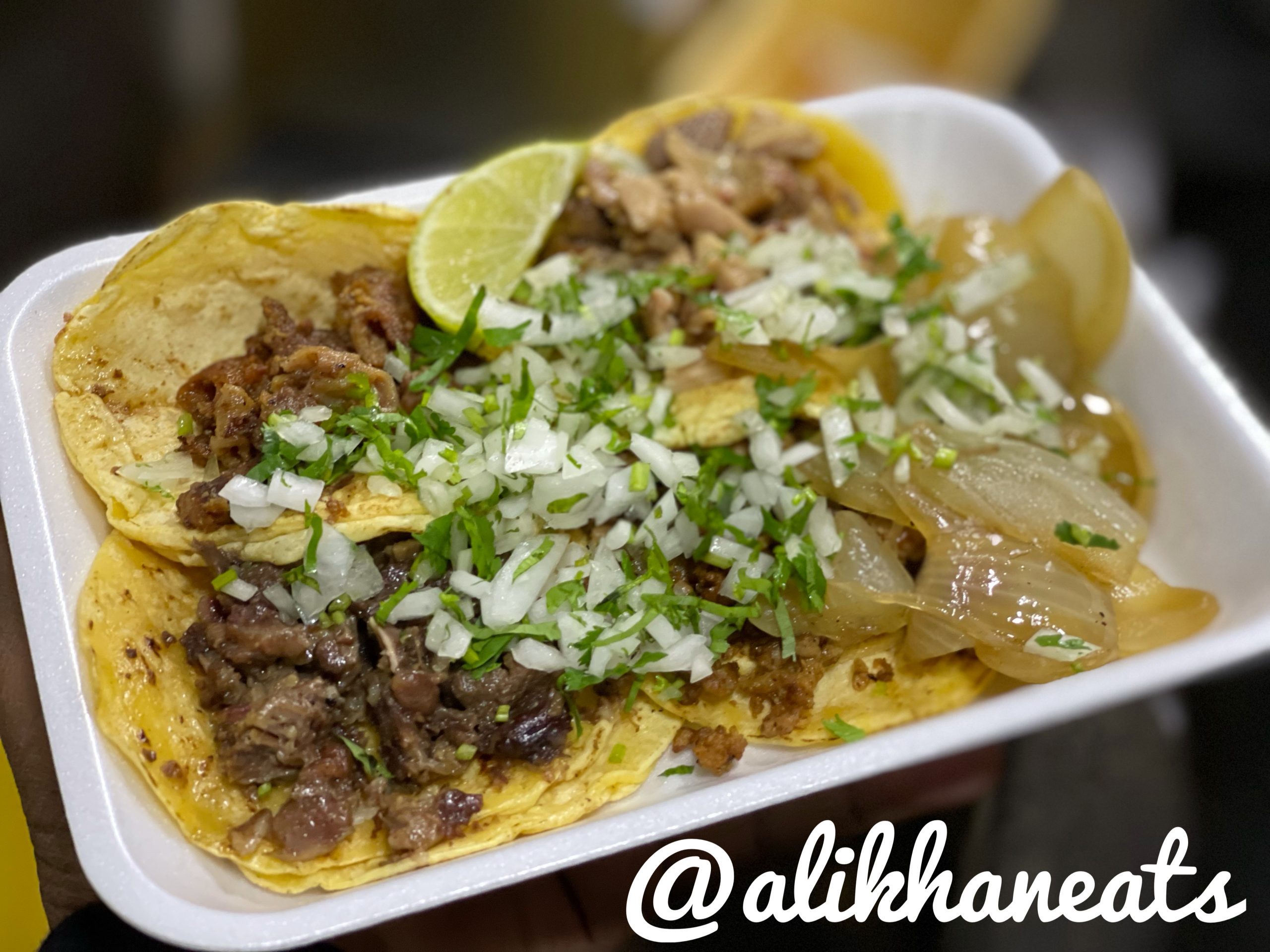 I told you that cabeza was good so I had to make that a return appearance. The tripa(beef intestine) was outstanding with a crisp that carried it a notch above Cuantos, which is the gold standard for street tacos in Austin, maybe the US. The buche(pork stomach) could have used some of that crispness with a little more time on the flat top grill. The chorizo was sadly very bland. One wonders how that is even possible but that’s how it went down. 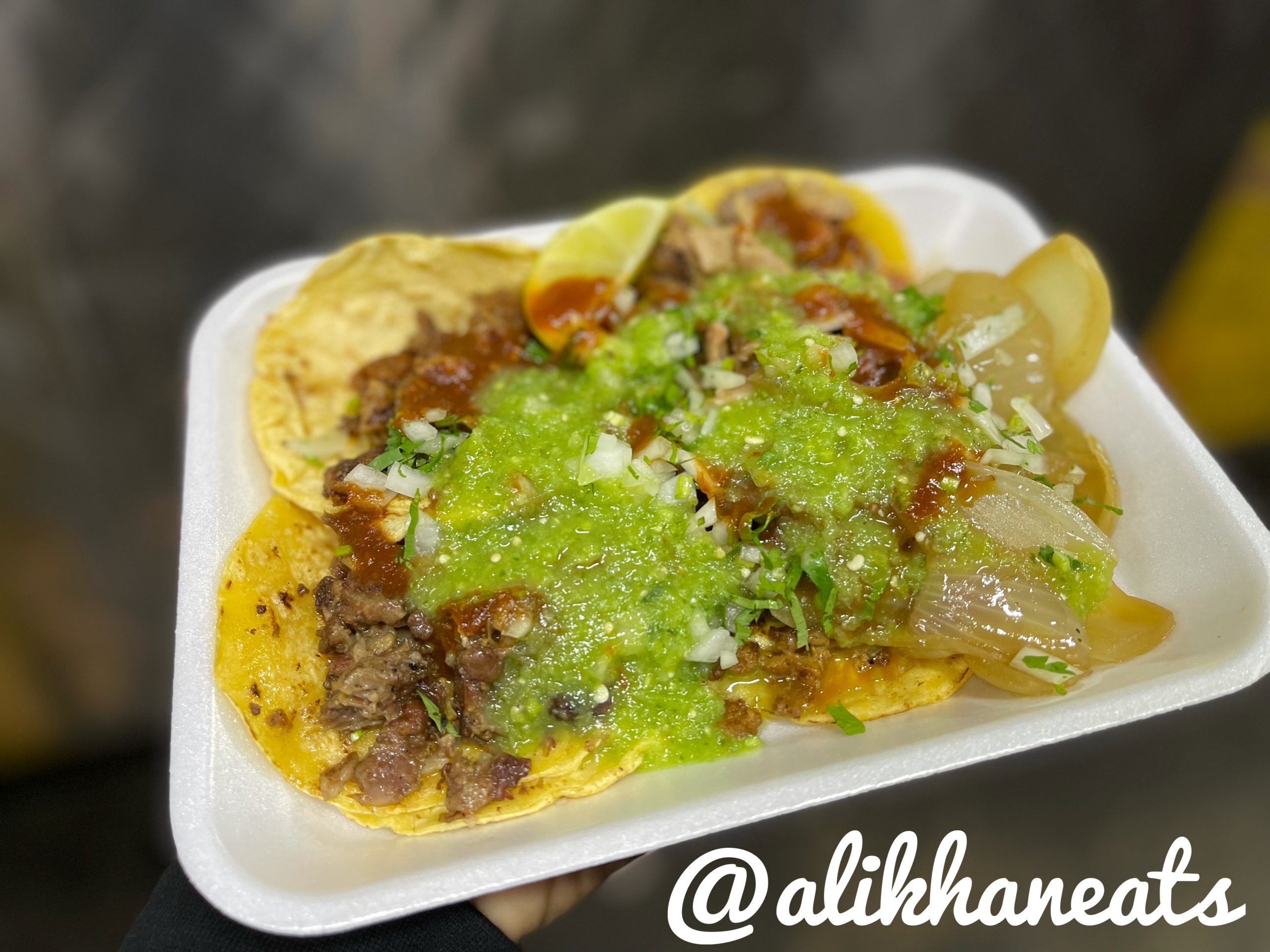 Heavy on the green salsa

While the red salsas packed the heat, I went with the green as my base to give my throat a rest. This was a raw green salsa that either lacked salt or was watered down. Id go half red and half green next time. 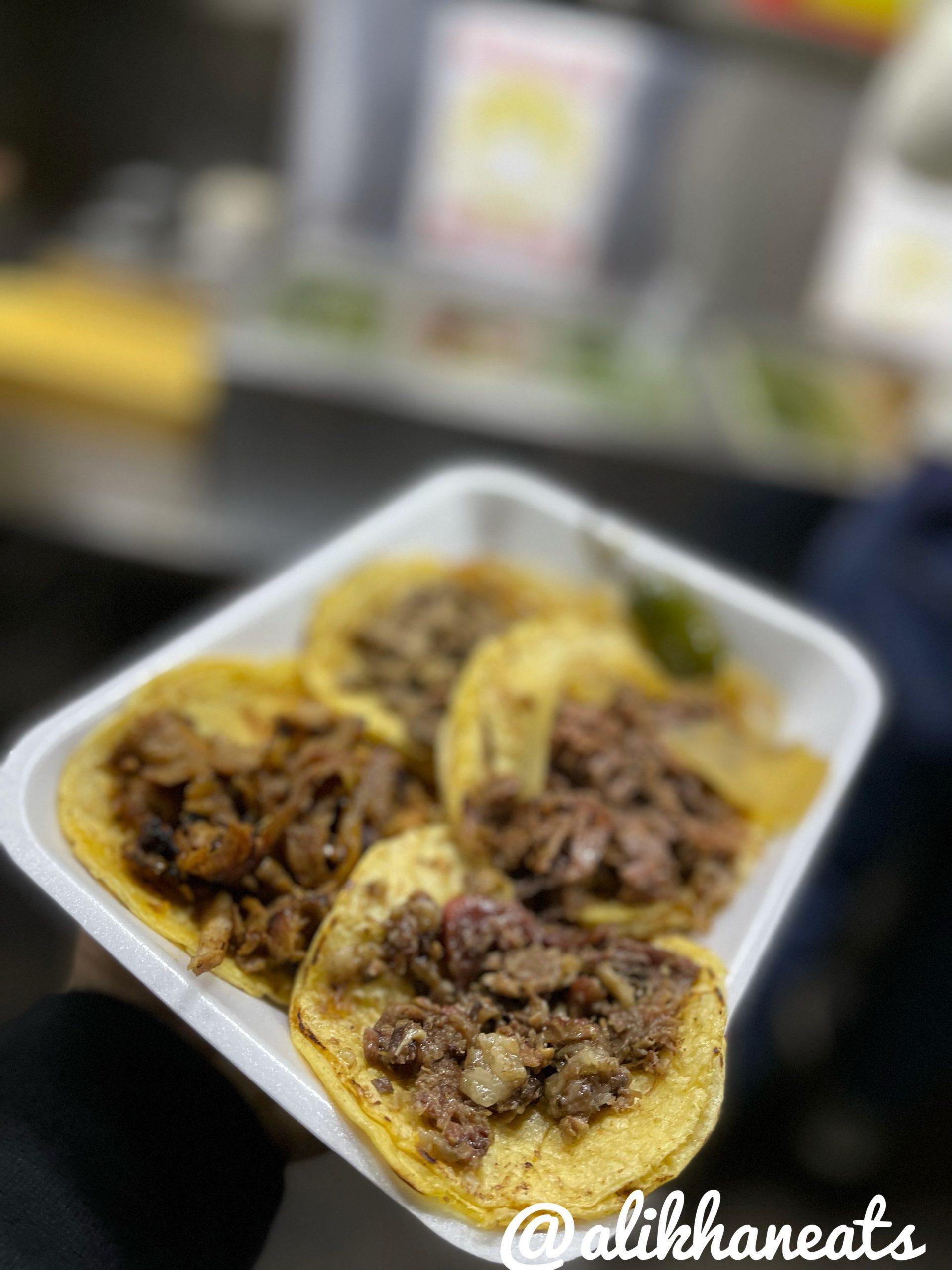 These late night tacos look tempting but don’t mistake them for the best street tacos in the city. When it comes to king of the street, Cuantos Tacos wears that crown. But if you’re into paying $6 for 4 tacos at like 2am, Tacos El Charly is a spot to reckon with.

There are other taco trucks along Lamar, many open late that might be as good or even better. But I’m seldom up this late and staying up late for lesser tacos just may not be in the cards for me anymore.

Late night tacos do happen and if I’m craving Cabeza and Tripa tacos, I’m so coming to Tacos El Charly.