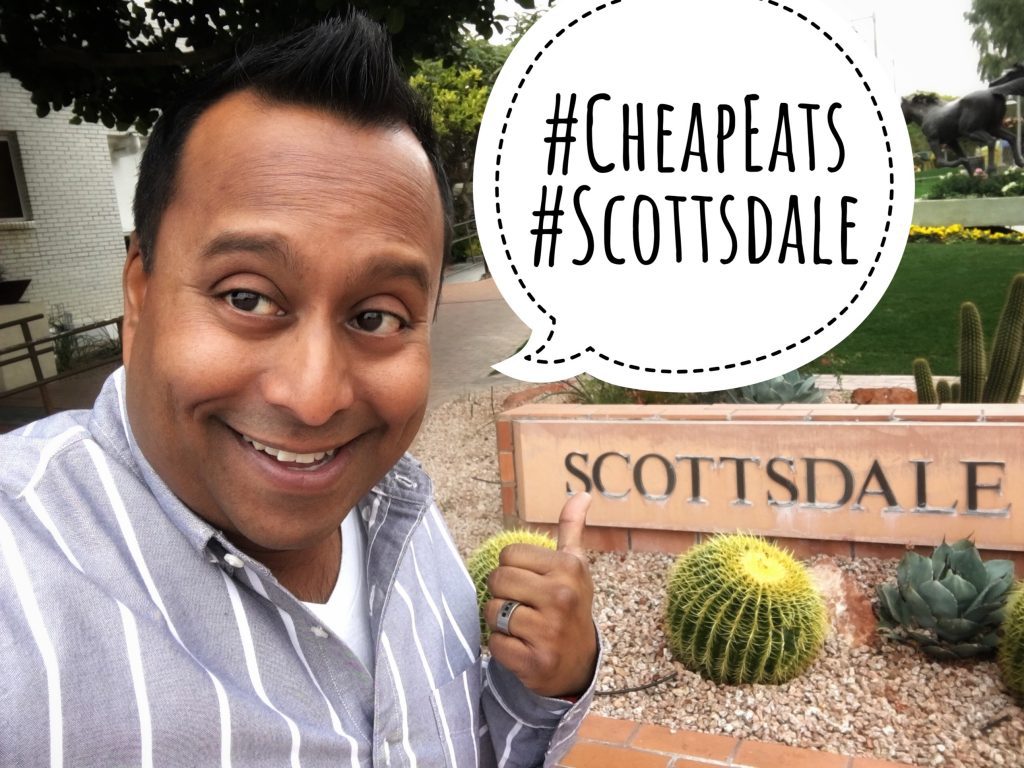 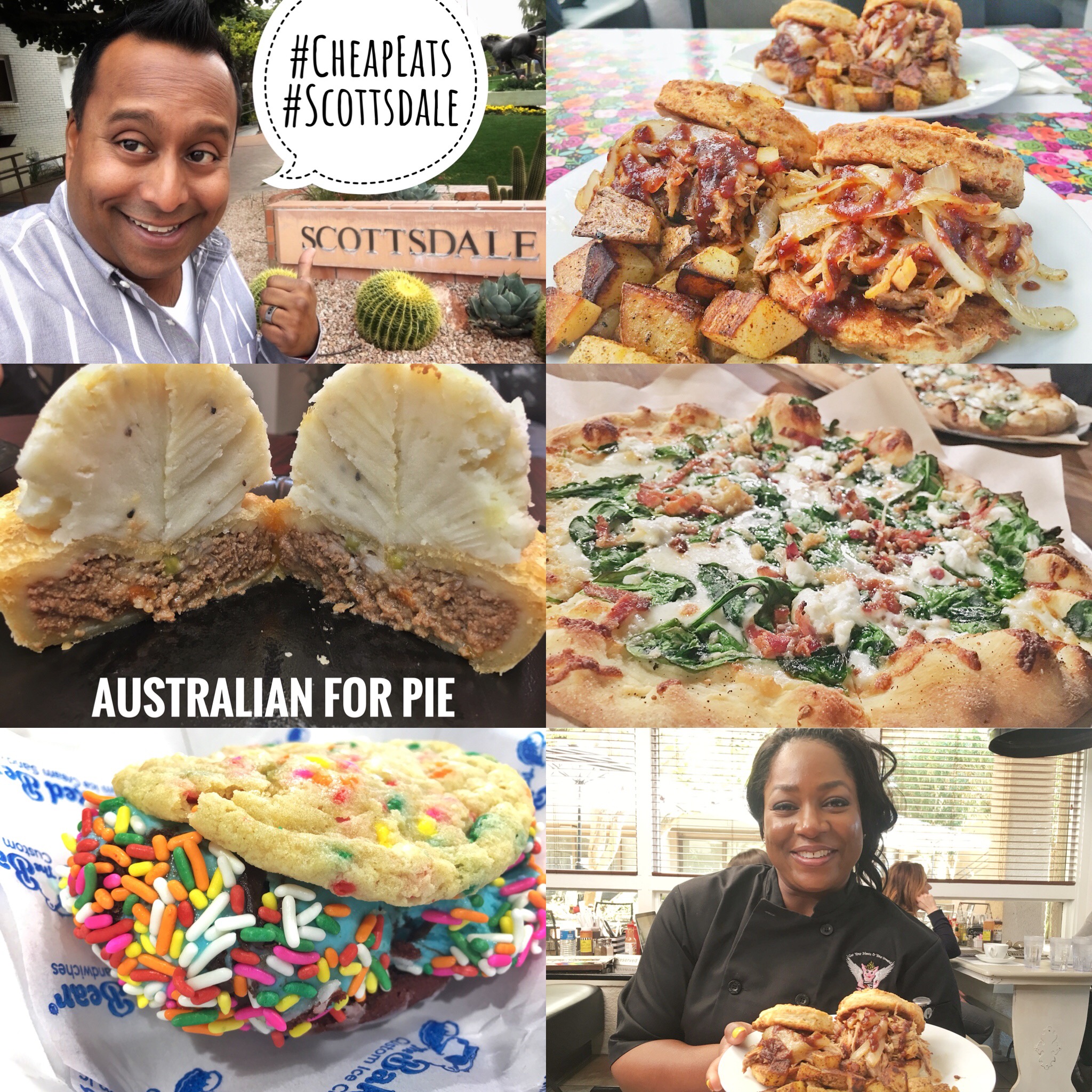 The Cheap Eats in Scottsdale were definitely a surprise. From a sugar bomb of a ice cream sandwich, to pulled pork for breakfast, the affluent extension of Phoenix likes to have some cheap eats options for the Snowbird set it seems. How far did my $35 stretch in the Spa capital of US? Let’s take big second bite and find out! 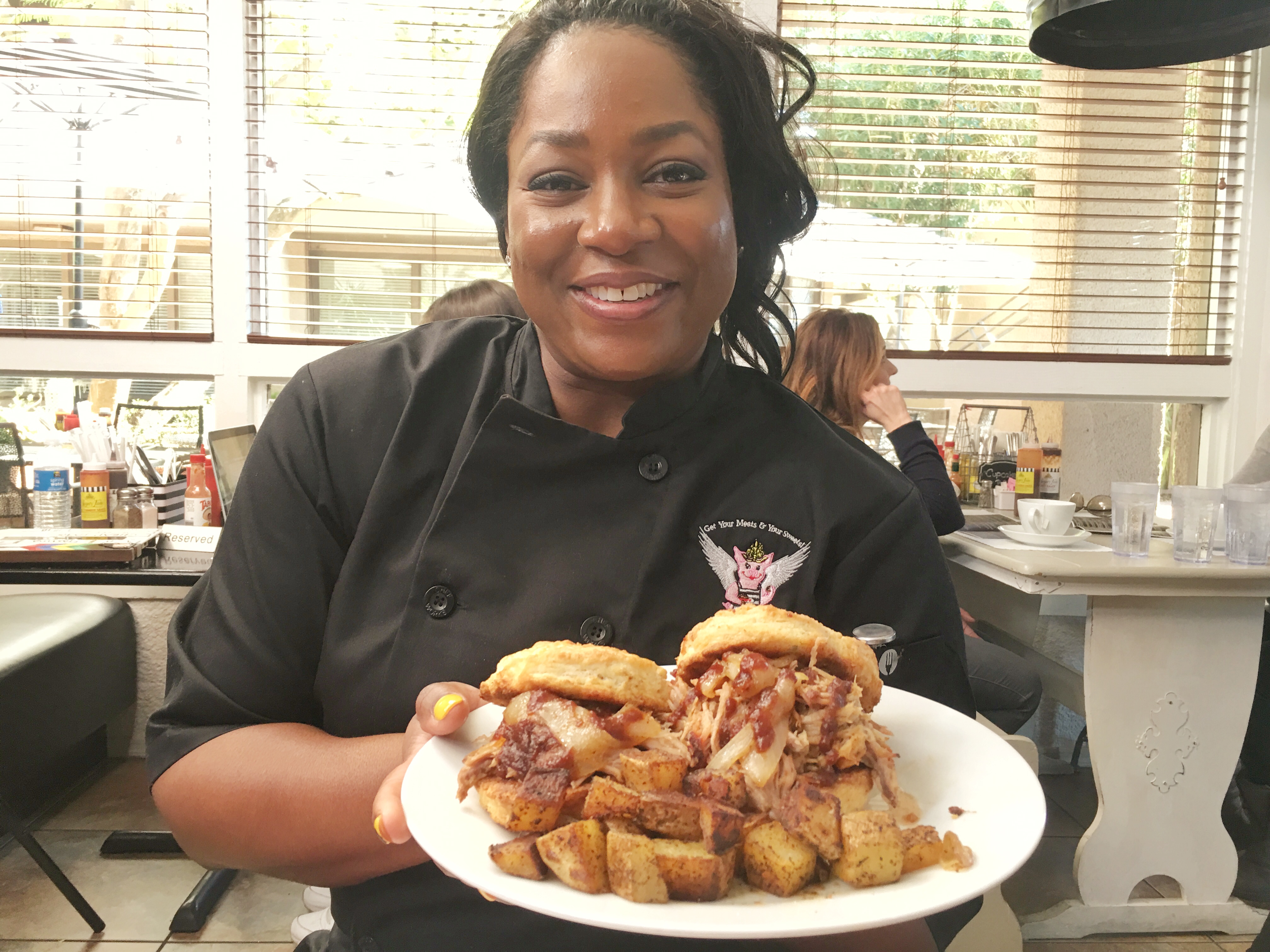 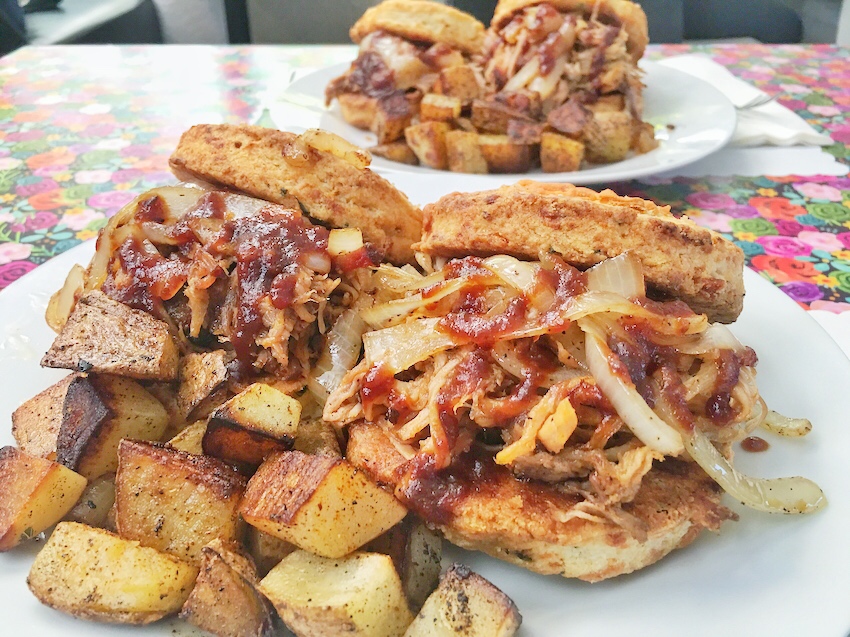 Sugar Jam Bake Shop started out as a cookie phenomenon at a local farmer’s market before Chef Dana Dumas took things to the next level in 2014 when she opened the brick and mortar version of Sugar Jam Bake Shop. One would assume scones would make their way on the menu but how did BBQ? Turns out both Dana’s dad and husband are into the “Que”. Her husband built a heck of an electric indoor smoker and her dad came up with the signature sauce. I gotta say, I live in Austin and while this isn’t the capital of pulled pork, I do know legit BBQ when I taste it and this was the first time I have had legit bbq from an indoor smoker. And then there are the scones which I like to think of as stuck up versions of biscuits. But being a food snob myself, I do like ’em. The trick to making scones work with pulled pork, which traditionally are flavored on the sweeter side,  was to add some bacon, chive and sharp cheddar into the dough mix. Now this meal was essentially $10 but keep in mind that isn’t just quality you are paying for, you are indeed paying for quantity. Each scone sandwich is sandwiched with a whole scone, meaning you are getting four scones and a small mountain of damn good pulled pork swimming in a barbecue sauce you wish you had the recipe for. Turns out they sell bottles of the stuff so you don’t need the recipe. If you want to know how you can pull of BBQ for breakfast it’s pretty simple: make killer pulled pork, come up with a bbq sauce worth bottling and make your own scones by hand. The easier route would be to fork over $10 for breakfast at Sugar Jam Bake Shop. I suggest the latter but text me if you choose the former. 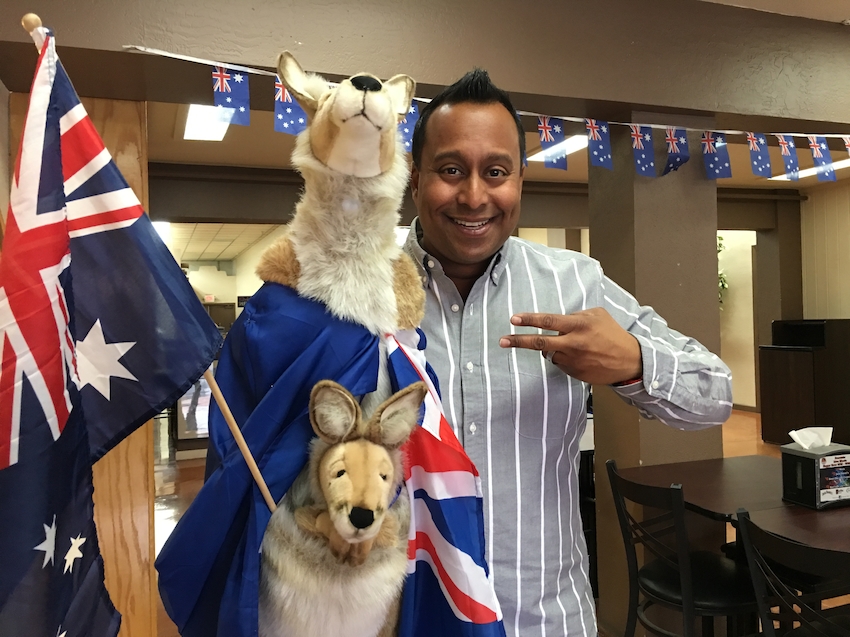 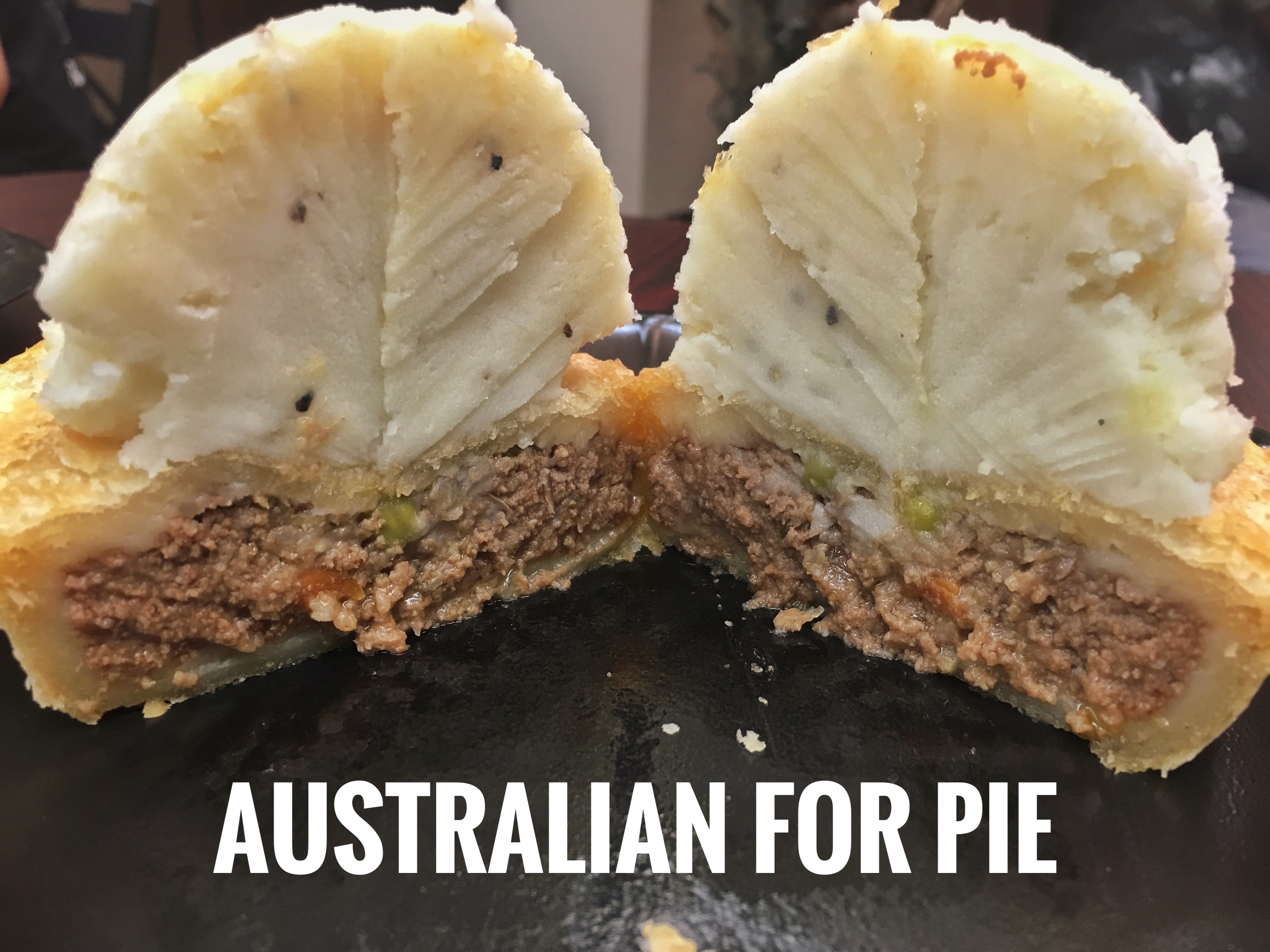 The Vitals:
the spot: The Great Australian Bakery 7217 E. Main street Scottsdale AZ 85251
the eats: Cottage Pie
the bucks: $7.50
the full nelson: When it comes to Pies, the Aussies have really figured it out

If you have never indulged in the world of Australian Pies, you are indeed missing out on the power of pastry and all things savory. Beyond traditional pies like the Cottage Pie we featured with a classic filling of ground beef, carrots and peas, The Great Australian Bakery has a Thai red curry, a beef yellow curry, and a total Mad Men are throwback dish: Chicken Mornay. And they are all good, because I tried them all. I was lucky enough to have an Australian Pie shop in the bottom of my building when I lived in downtown Los Angeles but you really need to talk to an Aussie to understand how important pies are to them. Laurence Lindahl can definitely cover that, he is chatty, heck he is flat hilarious and a bit of a screwball like yours truly. As I look back at Cheap Eats Scottsdale I realized we visited two bakeries which reminds me that bakeries are indeed excellent havens for Cheap Eats. Working with dough is laborious, requires training and doesn’t happen much in the home kitchen like back in the old days. While the ingredients to make bread or a pie crust are cheap, the labor is serious business. And if you make one pie, I mean, give yourself a pat on the back. But to have a whole pie shops worth of options? Yeah, you ain’t doing that at home. Which makes a visit to the Great Australian Bakery a no brainer if your looking for Cheap Eats in Scottsdale. At $7.50 plus a scoop of mashed potatoes, you are getting a filling meal. The problem is the other ones are so good, you might get two. So bring a friend and split a few – these pies are indeed worth it, all of them. 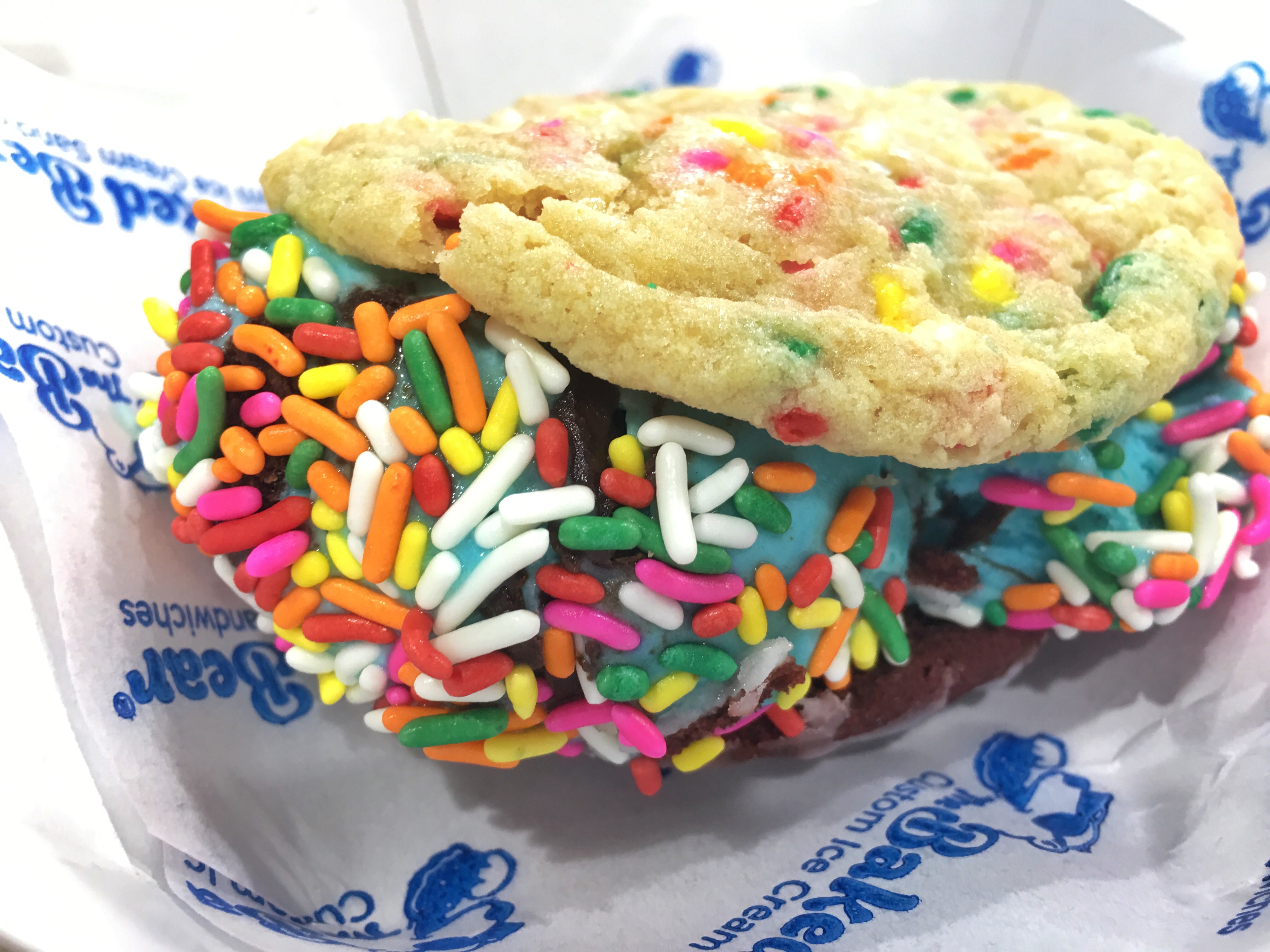 The Baked Bear started out in San Diego and went on a sugar rush expansion to 5 states, totaling over 15 locations. If you thought Chipotle caught on like wild fire, ask the soccer moms who cart their kids to this sugar factory. Realizing that ice cream alone wasn’t enough of a vehicle for over the top sweet combos, founders Rob Robbins and Shane Stanger took to ice cream sandwiches as their vehicle for their super sweet creations. At just under $6 the Ice Cream Cookie Sandwich is big enough to fill you up on ice cream alone and the cookies ensure you may want to start looking at salad options for dinner. Beyond the cookies made in house and the fact you can get down with sprinkles on this ice cream sandwich is that unique blue ice cream called Baked Bear batter. Specially made in Wisconsin, aka the Dairy State, Baked Bear Batter is a blue cake batter ice cream laced with chunks of brownie and fudge – clearly a stand alone sweet treat. But when you are craving a sugar rush on a budget in Scottsdale, look no further. But perhaps look into an automatic toothbrush and a good dental plan from your employer as well. 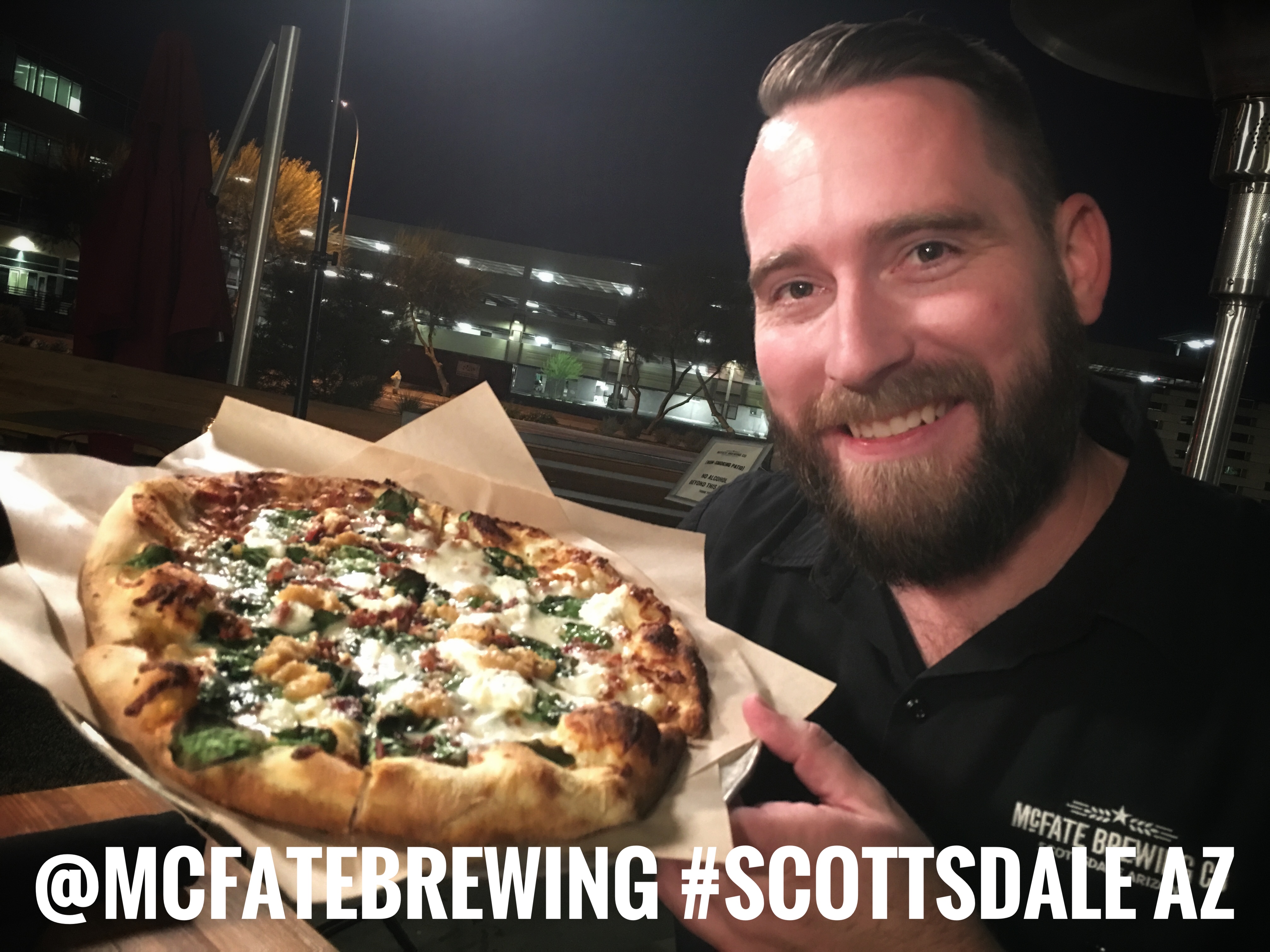 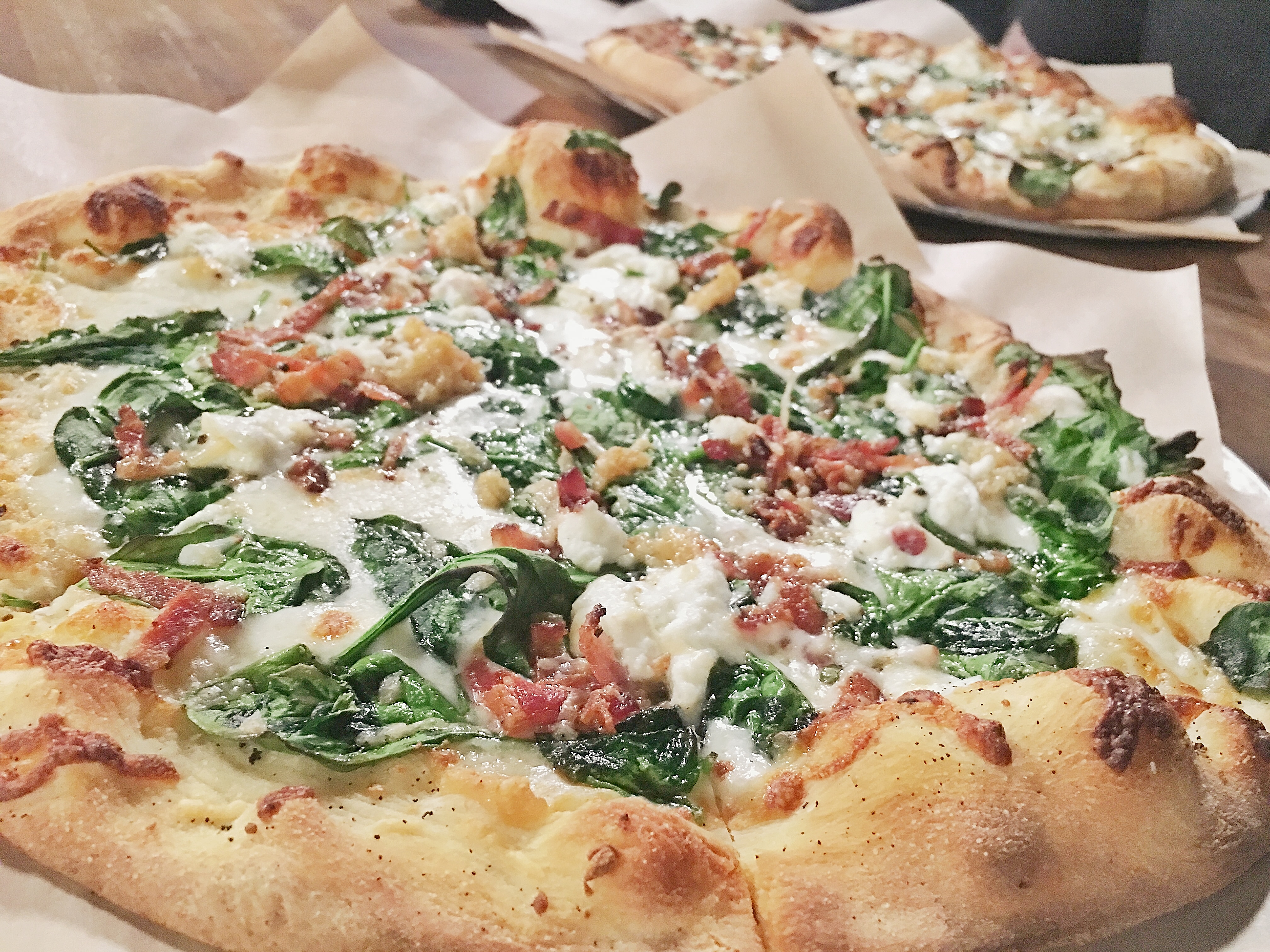 The Vitals:
the spot: McFate Brewing 1312 N. Scottsdale road Scottsdale AZ 85257
the eats: The Jess
the bucks: $13 BUT half off on Mondays
the full nelson: The cure for the Mondays!!

Pizza and beer pretty much are meant to go together which was pretty much the thinking behind the food program at McFate Brewing. With a small kitchen, pizza made sense as did adopting a thin crust style with an affinity for gourmet toppings. Now being a gourmet pie, it shouldn’t surprise you that they go sans tomato sauce here. Instead you will find a garlic oil in its place which really helps sell the spinach and three cheese blend of mozzarella, parmesan and ricotta. The bacon topping, which never really needs selling, does do a fine job of adding texture as the bacon is pre cooked before hitting the pie, so you get plenty of crispy bites. If you have spent any time in a California Pizza Kitchen, a pie like should seem like familiar territory but ain’t no CPK I know doing half off Mondays; $6.50 for this pie is a straight up Cheap Eats deal. And it also happens to be a decent cure for Mondays. Along with beer. #Facts. 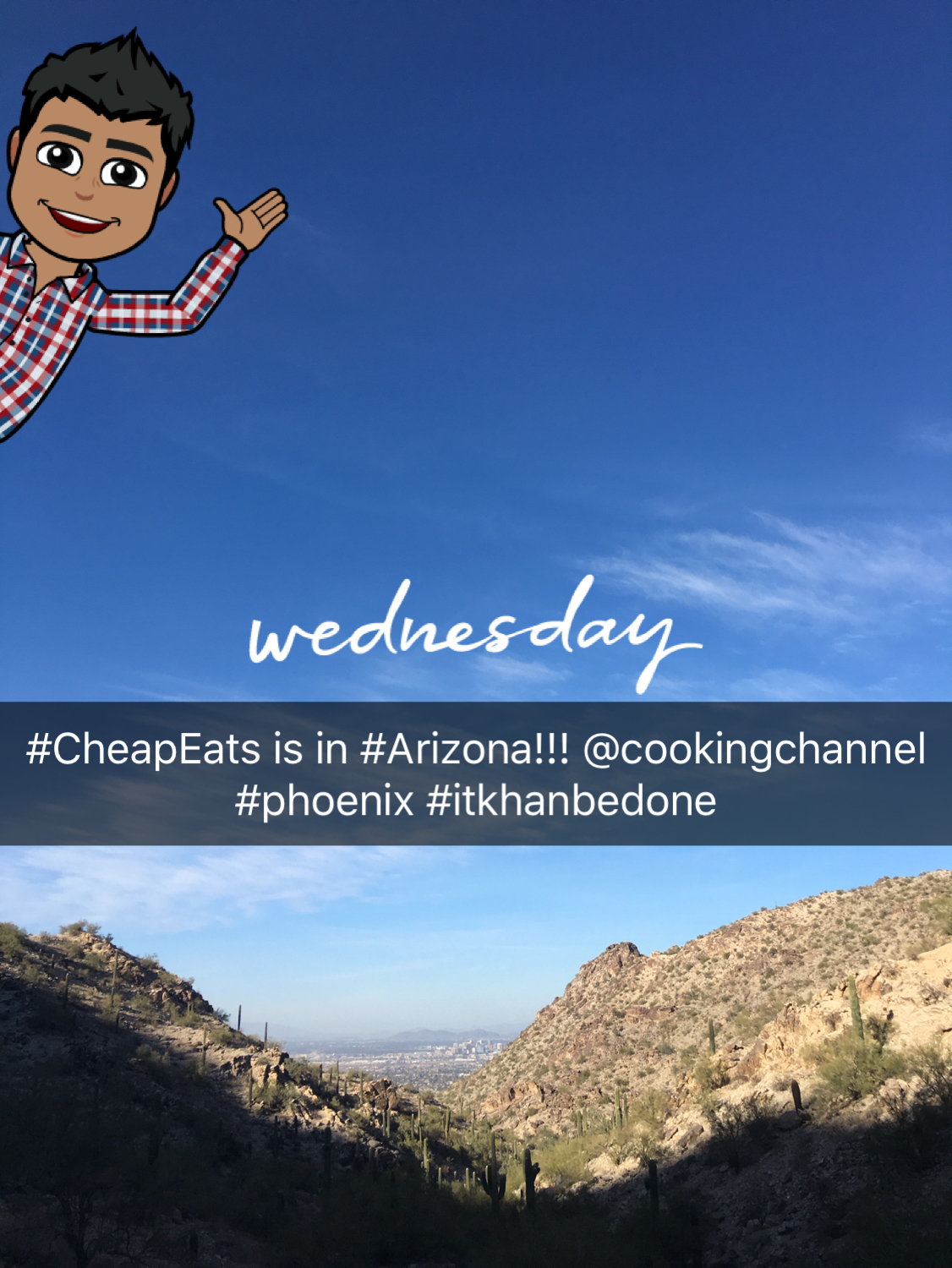 And that was Cheap Eats in Scottsdale AND a wrap for Season 4! Thanks for staying on the ride and will see you later this summer for more Cheap Eats when Season 5 kicks off. In the meantime you have 13 new cities to get some Bang for your Cheap Eats buck and stay tuned on this blog for more foodie finds and even some summer grilling recipes. I have a beach calling my name but you know where to find me – Wednesdays 10pm EST on Cooking Channel. Stay thrifty everybody!

One response to “Cheap Eats ~ Scottsdale”