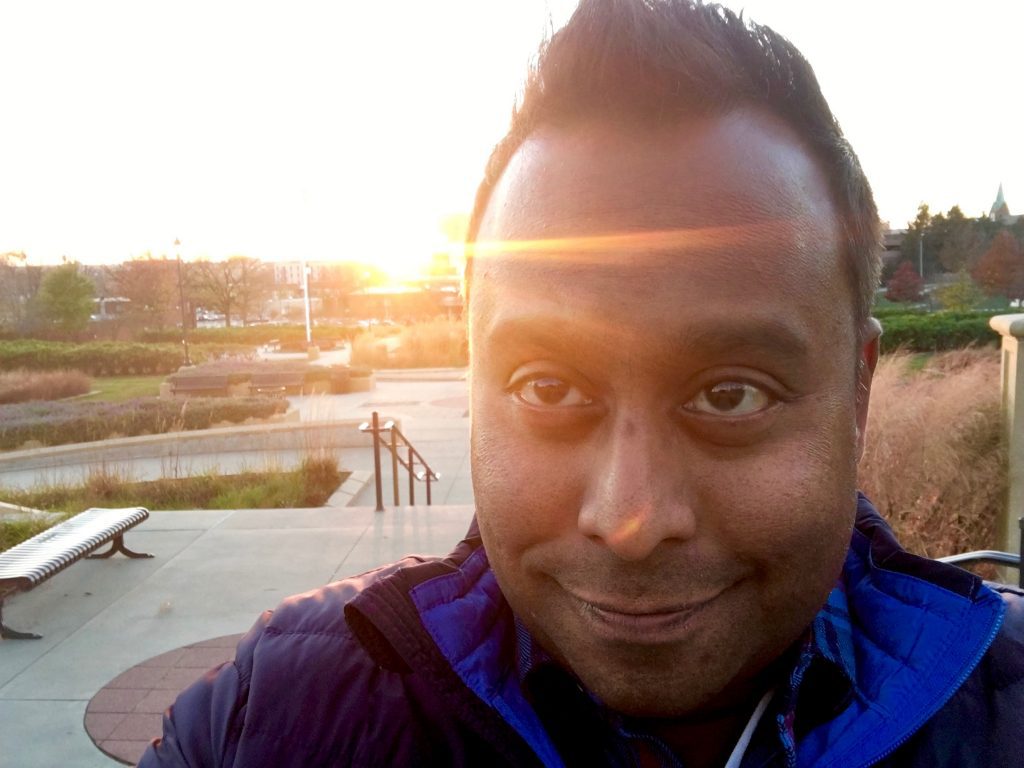 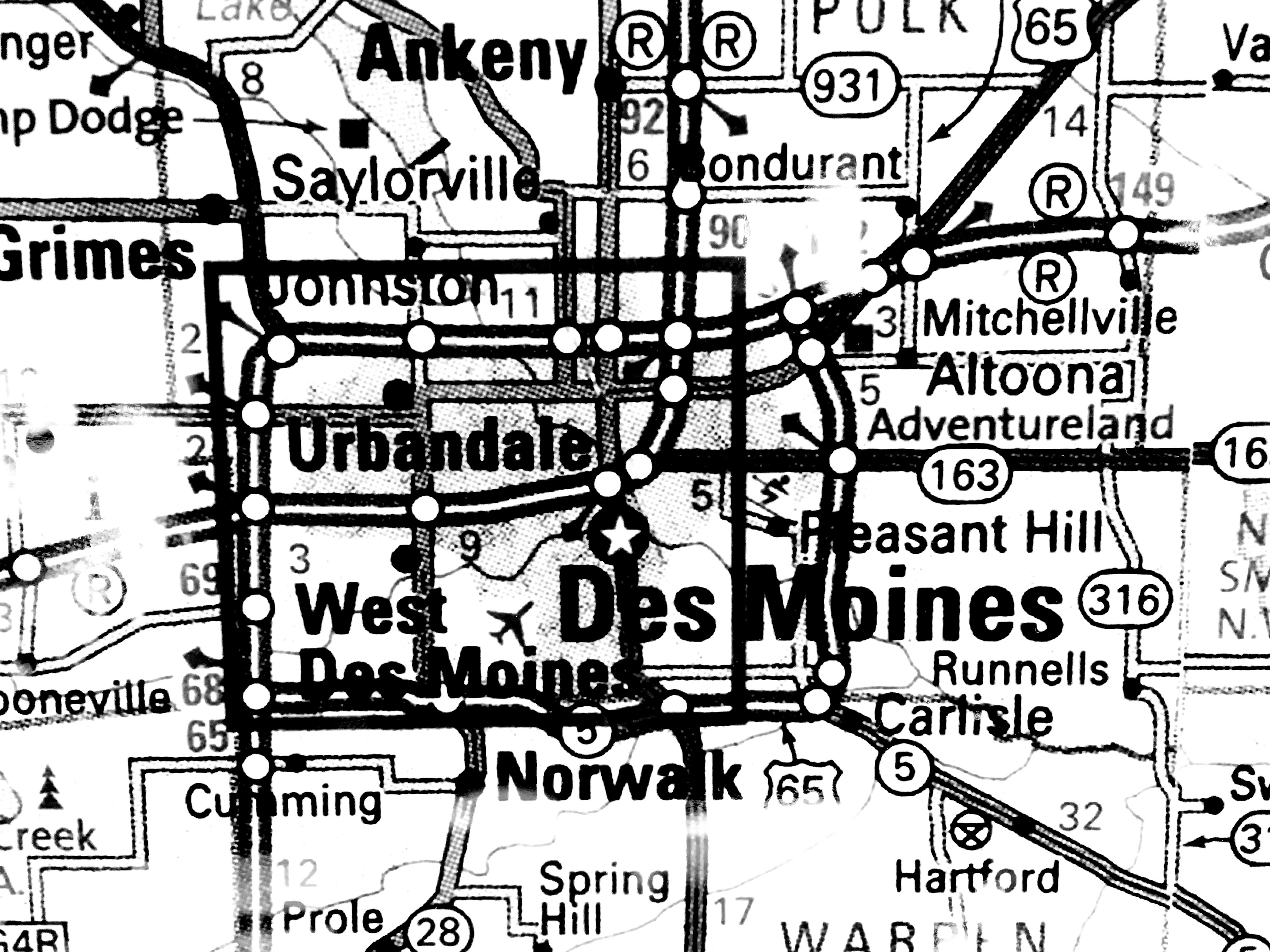 The time has come to put Des Moines on your food map. I can’t say exactly when this Midwest town shifted from land of pork tenderloin sandwiches(you have company Indy) to a James Bear nominated food scene but the food renaissance of the 21st century is making its presence known in Des Moines. Of course there are somethings that remain timeless in Des Moines, like Miller High Life paired with quality fried anything or a college bar that doubles as a brunch destination. As I look back on the few days I spent in Des Moines, I recall funky neighborhood surprises like the uber hip clothing and knick knack store Raygun, visiting Midwestern yuppies, and more than a few meals I would happily make a return trip for. Oh Des Moines, the land of silent “S’s”(thx Meigan Bell), you are more than some markings on a map, you are true blue hub of Cheap Eats. 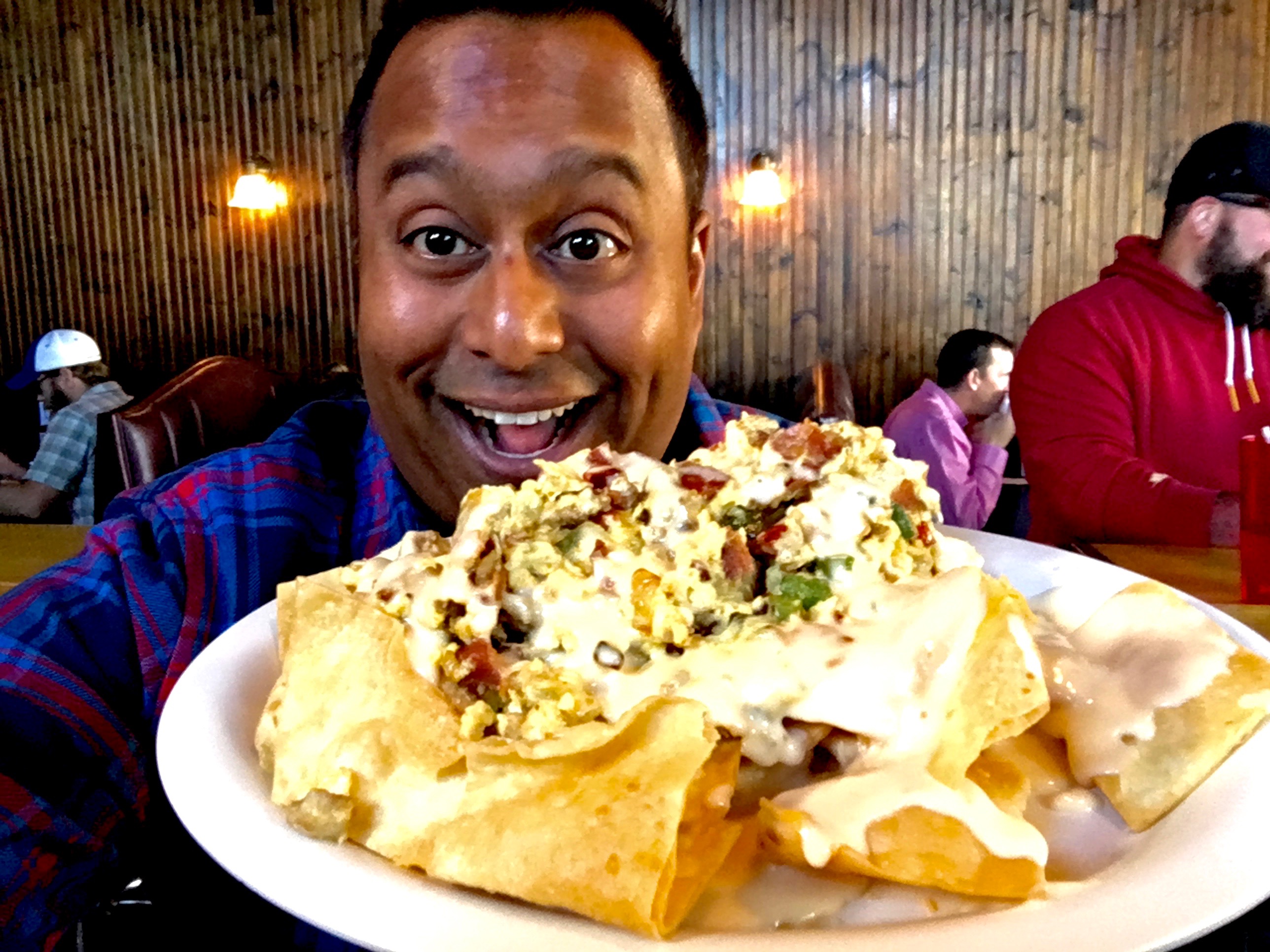 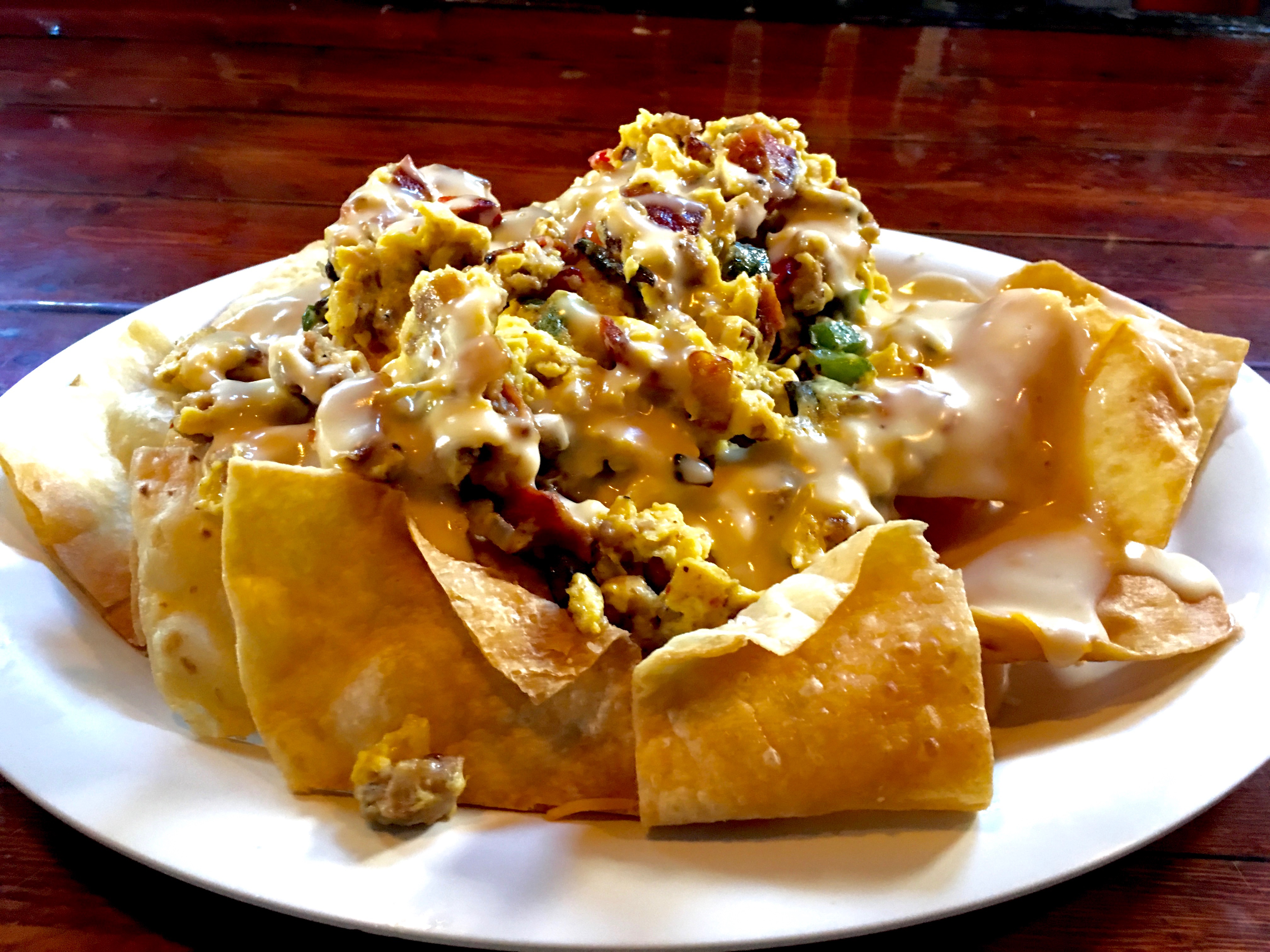 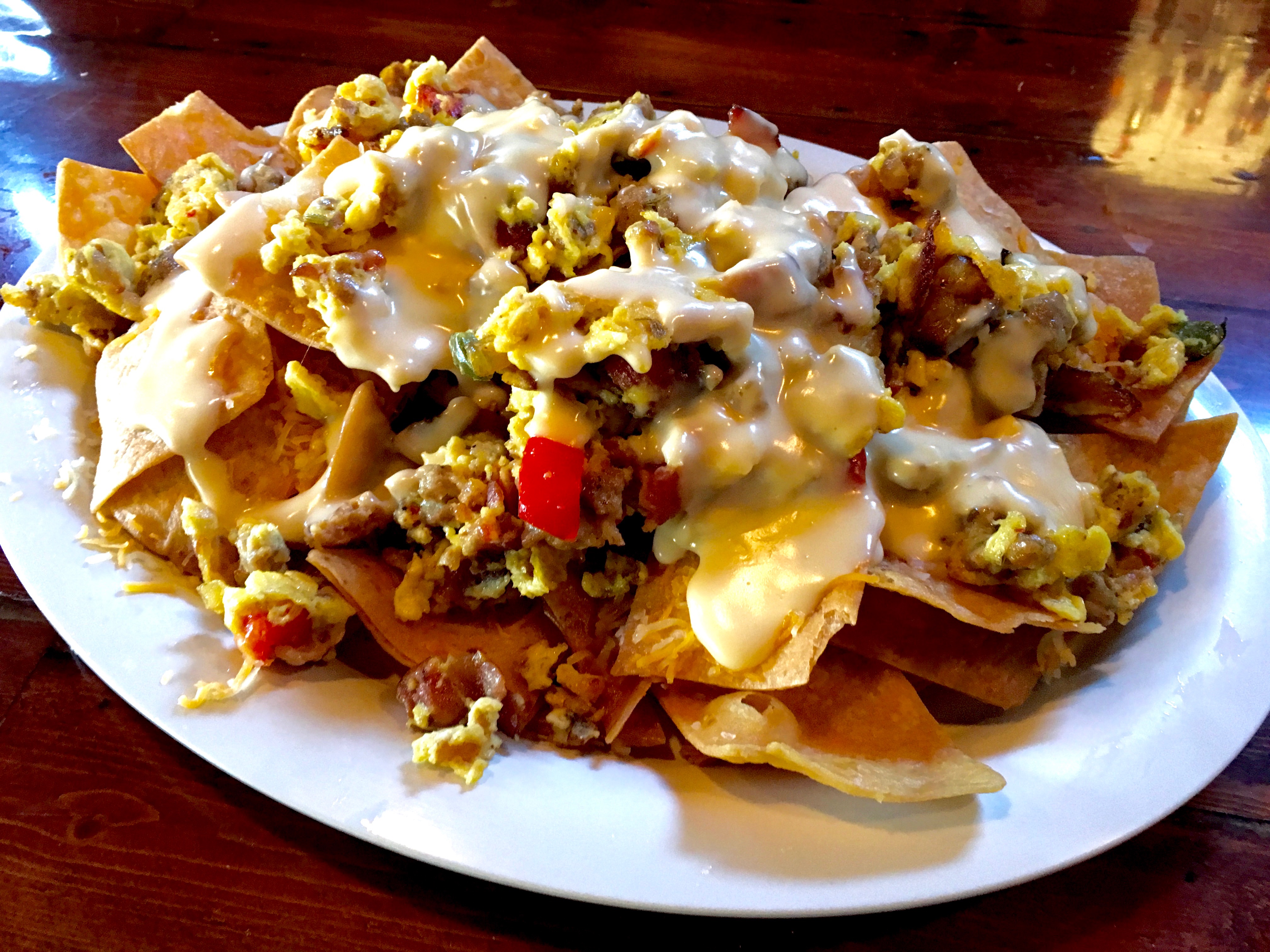 First thing is first: is University Library Cafe a cafe, or a college bar? It is most certainly not a library despite being a stone’s throw from one at nearby Drake University. Well, the answer is – a college bar. And bars do indeed serve very good food. Just ask a college student or a veteran foodie like myself who came to terms that the future of dining(at least my own) was centered in bars, or “gastropubs” if you want to be technical about it. When one resides(or has resided in my case) in a big old city like Los Angeles or Chicago, you just can’t say “hey let’s go eat at a bar”. You gotta up sell that affair to “love to grab a bite. I know a terrific little gastropub in my neighborhood” See? Now that sounds like a far more appealing eating adventure. Well, University Library Cafe isn’t exactly a gastropub based on the decor factor, but these nachos could certainly sneak onto a gastropub’s menu just about anywhere with local artisanal bacon and sausage in tow. Yeah, these are nachos in name and spirit but something more when you peak under the hood and peep the ingredients. Even the cheese sauce is a welcomed departure from the typical toxic yellow bath of emulsified queso, thanks to the utilization of melted Monterrey jack. At $9 a plate, the proper Cheap Eats breakdown is $4.50 a head as this is certainly a meal for two, especially if you want to stay on a Bloody Mary binge and take in a day’s worth of sports. Or just eat the whole thing and go back to bed. After all,  you are back in college. 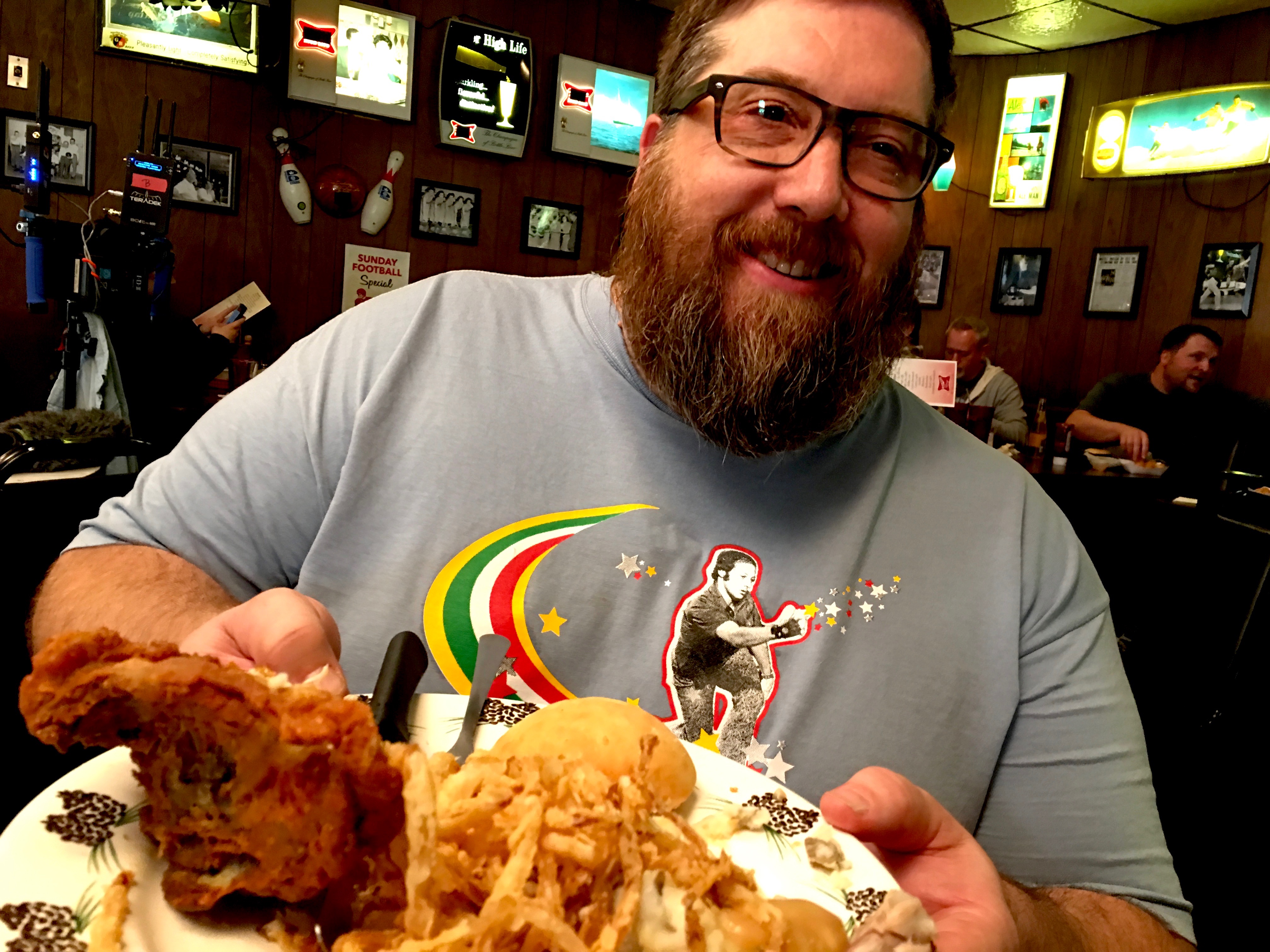 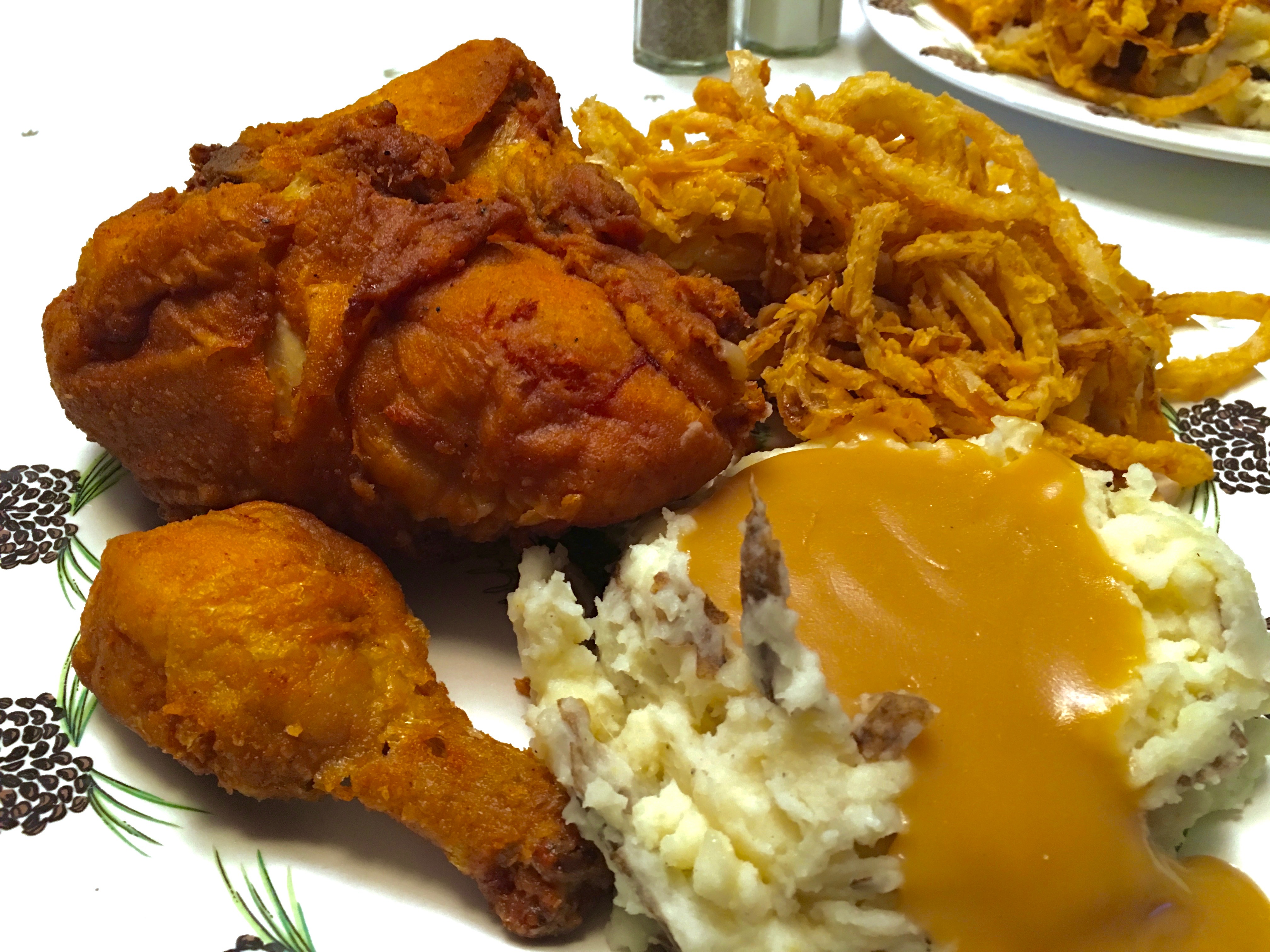 The Vitals:
the spot: The High Life Lounge 200 SW Second Street Des Moines Iowa 50309
the eats:  Broasted Chicken Plate
the bucks: $9.99
the full nelson:  Fried Chicken worthy of the the Champagne of bars

For the uninitiated, broasted chicken is fried chicken that is cooked in a pressure cooker. A patented technology from a company called Broaster – go figure right? Speaking of patents and trademarks, you might notice that our Cheap Eats lunch location seems to be taking some generous inspiration from the famous beer from the Miller Brewing Company. Well it was intentional and while the High Life Lounge has the licensing to use their trademarked logo, Cheap Eats did not so pause for a moment for all the black gaffer’s tape that gave their lives to cover up the logo so we were not sued. Oh and for the hard working crew that did all the taping. Back to our Cheap Eats lunch now and even if it was broasted, this tasted like fried chicken through and through. Despite retaining a significantly less amount of oil than traditional fried chicken, the High Life’s Boasted chicken plate is certainly an indulgent meal. Crispy skin gives way to a very juicy and tender meaty interior. This is a meal where sides are exactly that but mashed potatoes and, particularly the onion rings, are a welcomed accoutrement to what surely is the type of Midwest comfort cookery you have been craving the moment you stepped into Iowa. At $10 this is a dinner that happens to be available at lunch and in either scenario, it is as welcomed to your Midwestern palate as a cold High Life or three in a bar that screams 1970s basement. Yeah, I could get used to living the high life at this lounge. 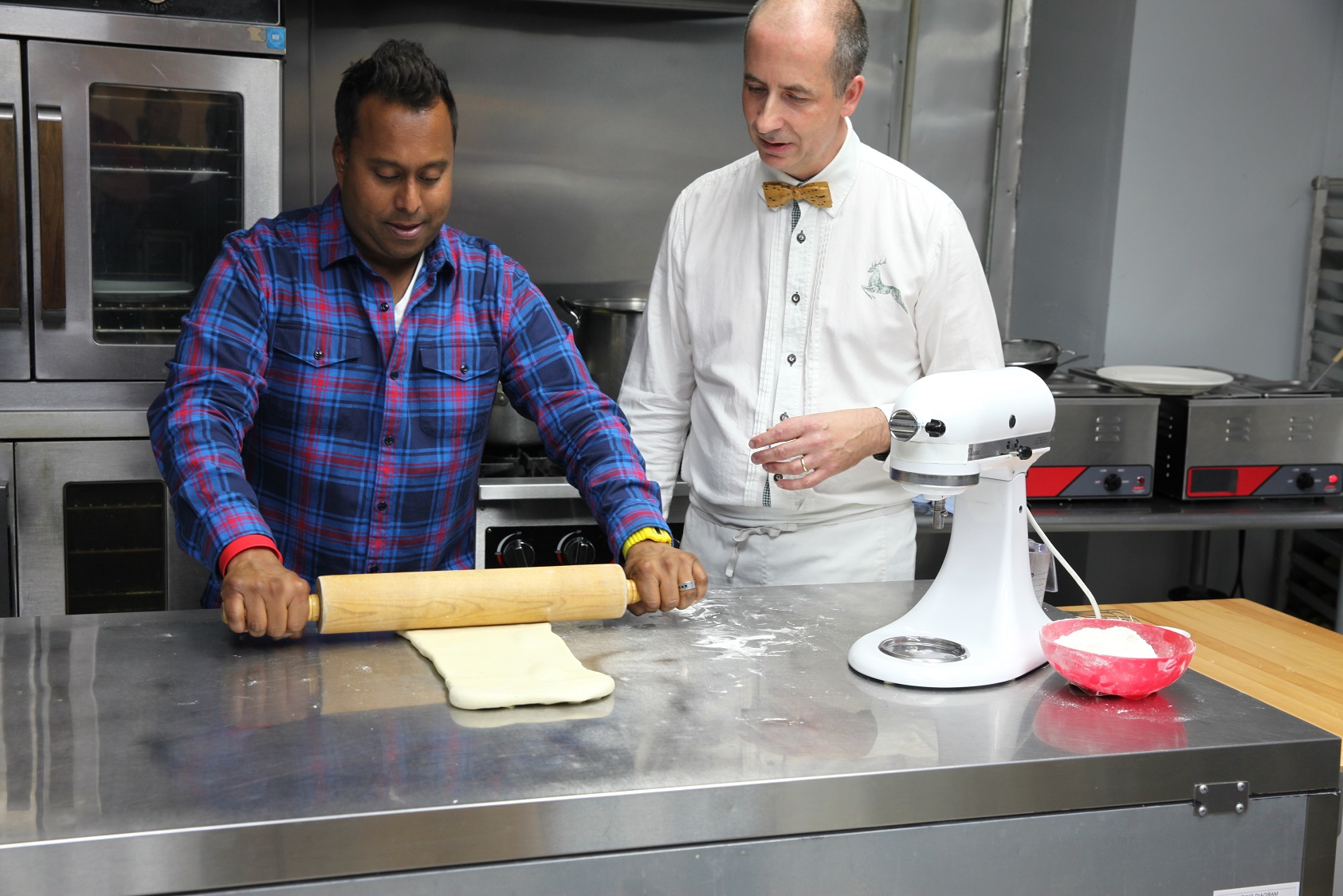 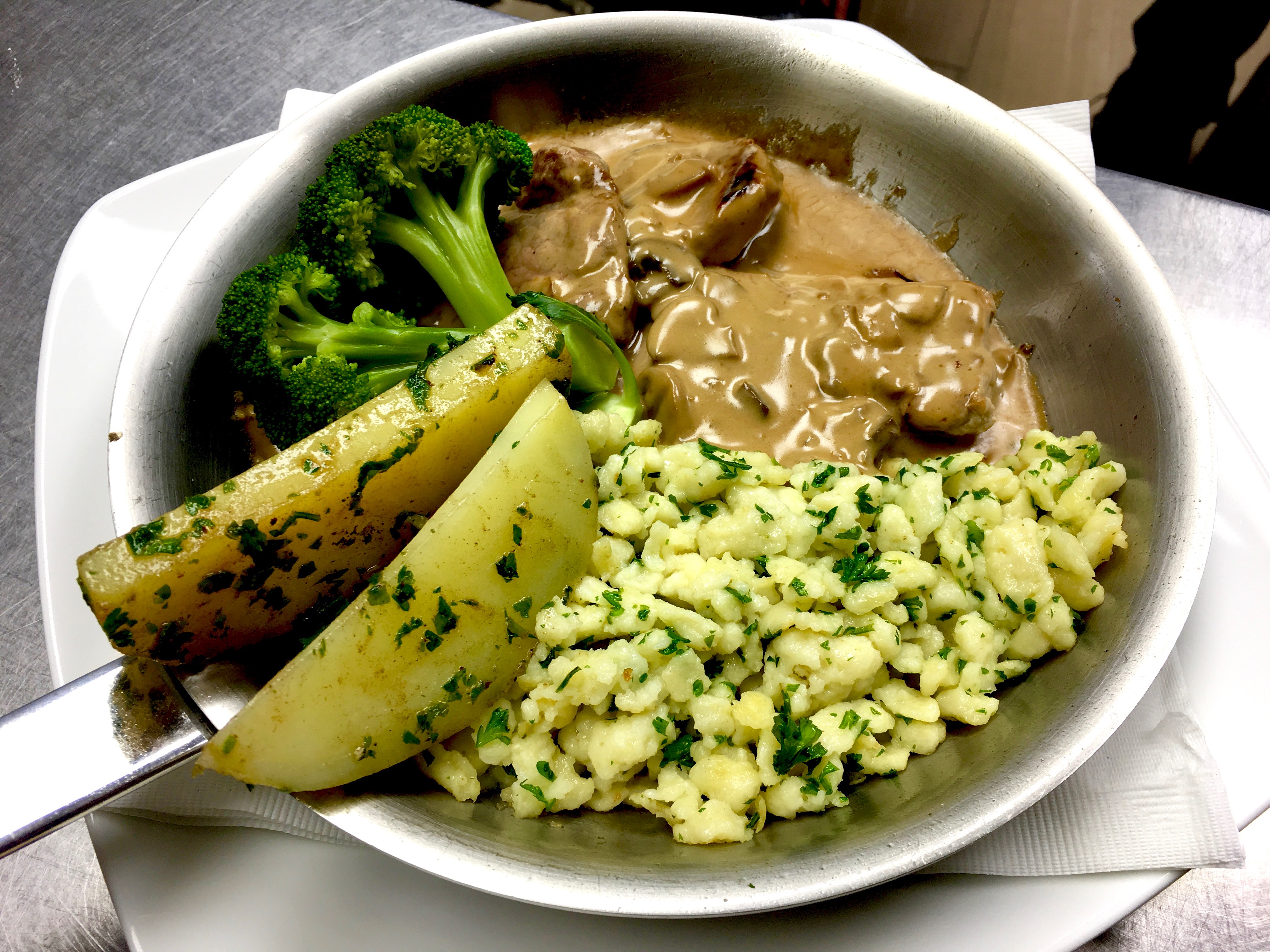 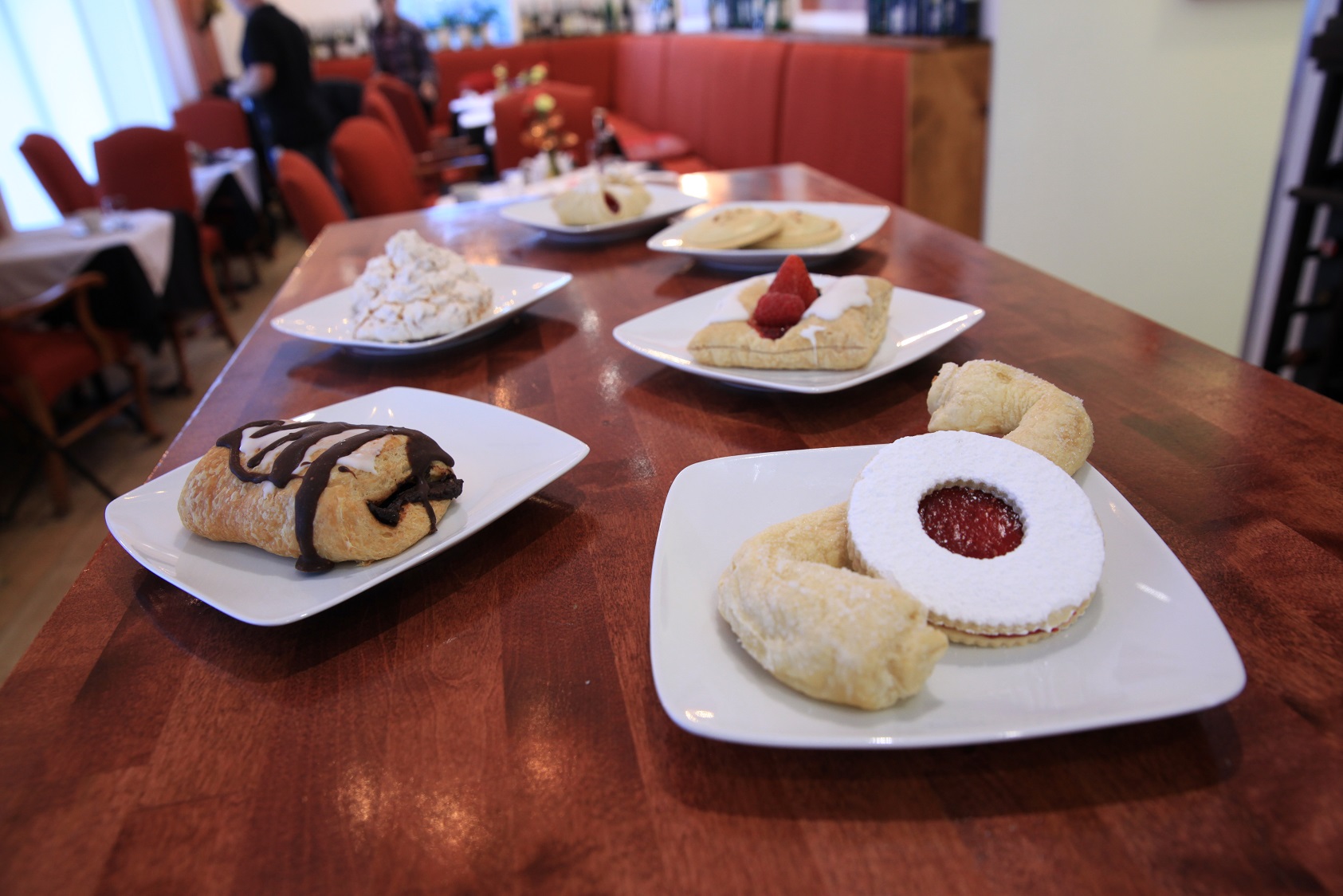 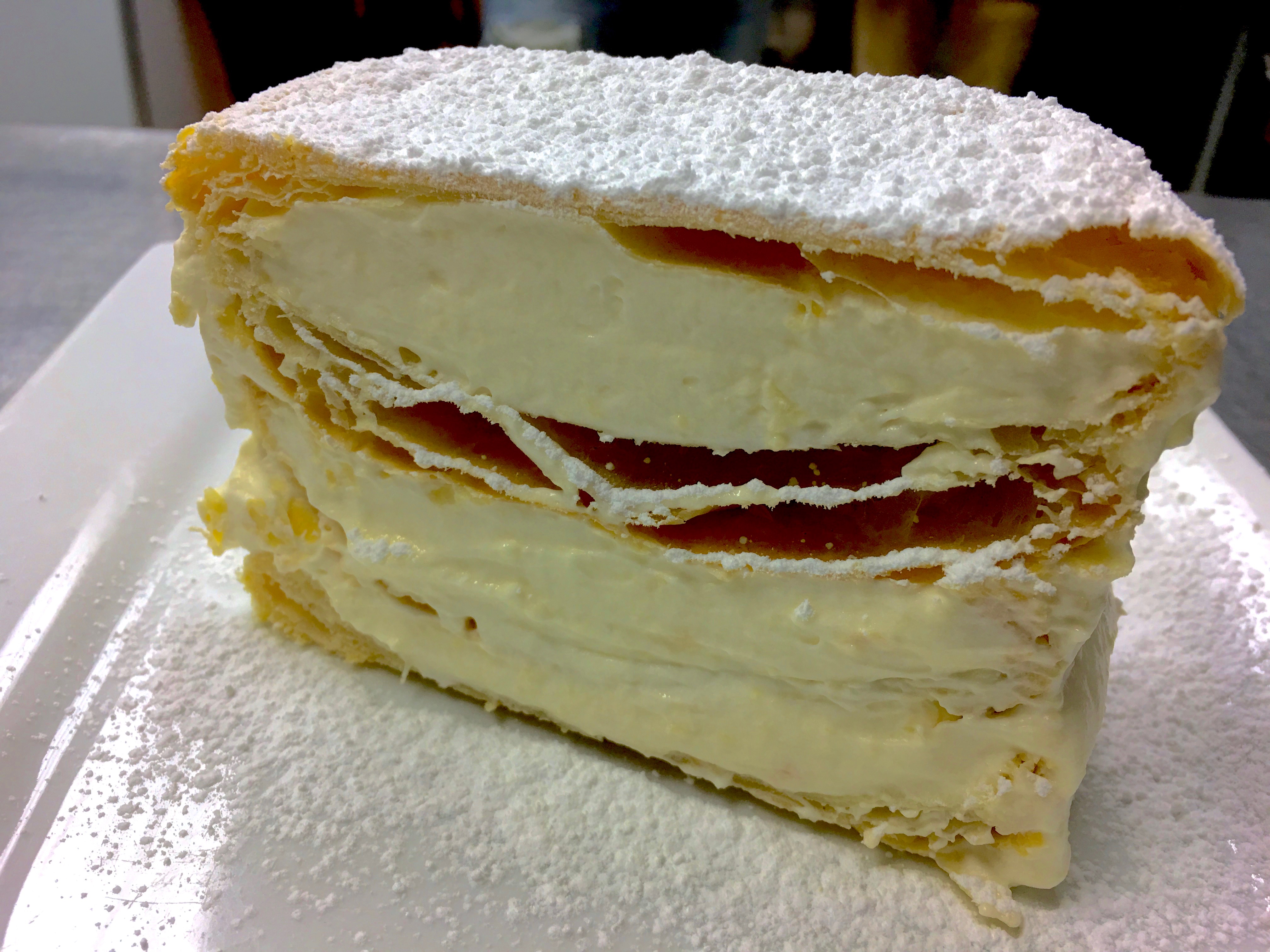 The Vitals:
the spot: The Strudl Haus 1951 Indianola Ave Des Moines Iowa 50315
the eats:  Napoleon
the bucks: $3
the full nelson:  A French pastry made by an Austrian in Des Moines for $3 – the ultimate in Cheap Eats hidden gems

What an incredible hidden gem Strudl Haus is. Beyond the fact that you are finding authentic Austrian fare from an authentic Austrian ex-pat in Des Moines Iowa (of all places!!), you are also getting pastries at jaw dropping Cheap Eats prices. This Napoleon is easily worth double what they charge and that isn’t my deep nostalgia for the favorite pastry of my youth talking. I had one “to go” on a day of shooting while in a production car and sans silverware. Now keep in mind this dessert is worthy of china, let alone a fork, but when you’re shooting 12 hours days one doesn’t have the luxury of plating or sporks, even if the food sincerely deserves it. It took me all of 60 seconds to down this puppy and I am one who relishes food, not inhale it like the Anaconda from Anaconda(who remembers that movie??) Who is this Austrian now Iowan responsible for bringing a seldom scene cuisine stateside? Meet Michael Leo, who is cut from the same cloth as Gordon Ramsey or Marco Pierre White. Trained in the kitchens of Europe, Michael’s skills were surely mastered with the threat of a serious tongue lashing looming. I could never succeed in that kind of environment but I do know first hand the quality of chef it produces. I have no doubt that working at Strudl Haus is indeed hard work but it is also a place that will earn you respect at almost any professional kitchen. I supposed I could merely be thankful that Michael’s hard work and discipline are evident in the food he puts out Strudl Haus but even more important is that the apprentices who go through his kitchen and into the dining scene in Des Moines, are elevating the game. And seriously, I inhaled this whole thing in like 60 seconds. Its that good. 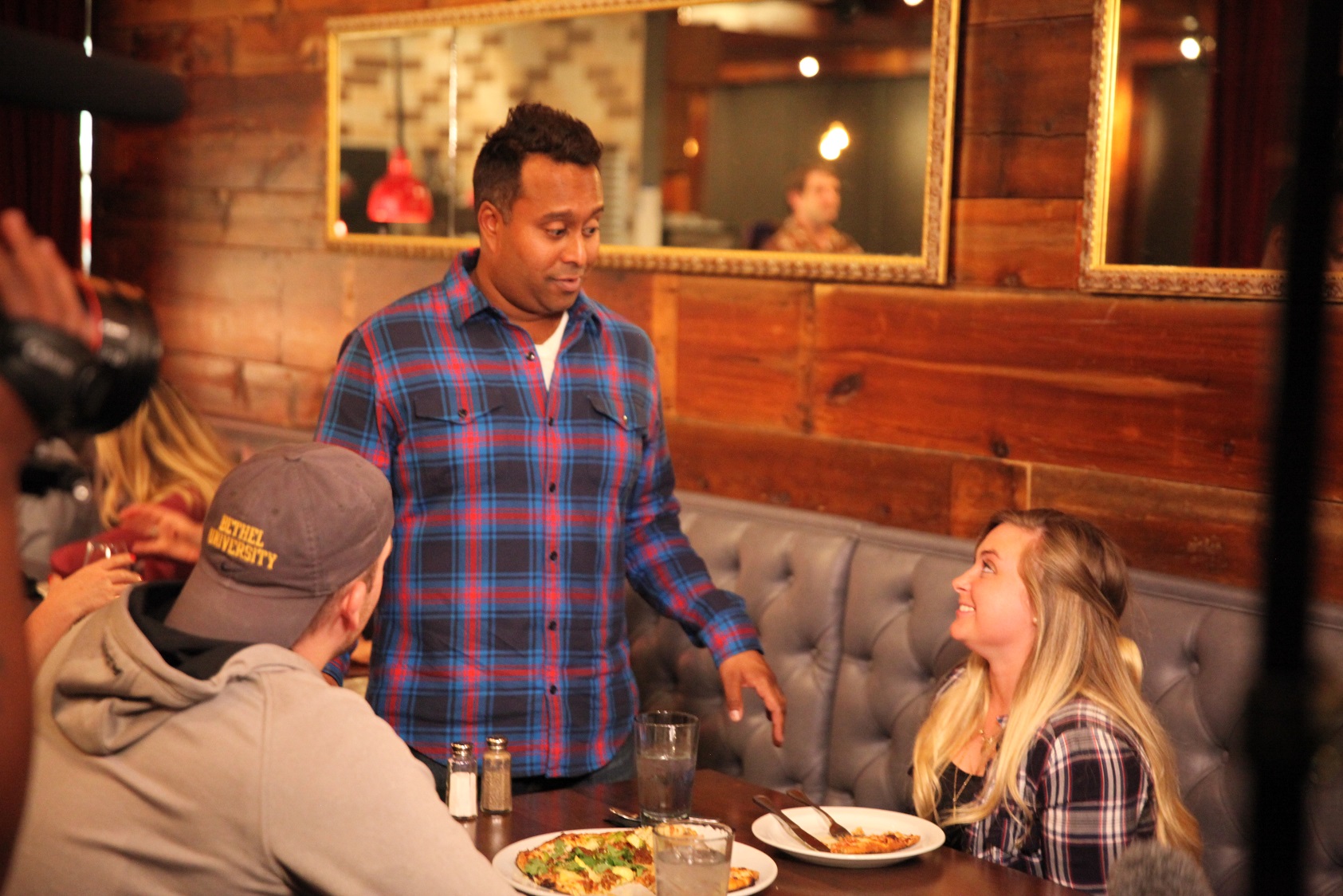 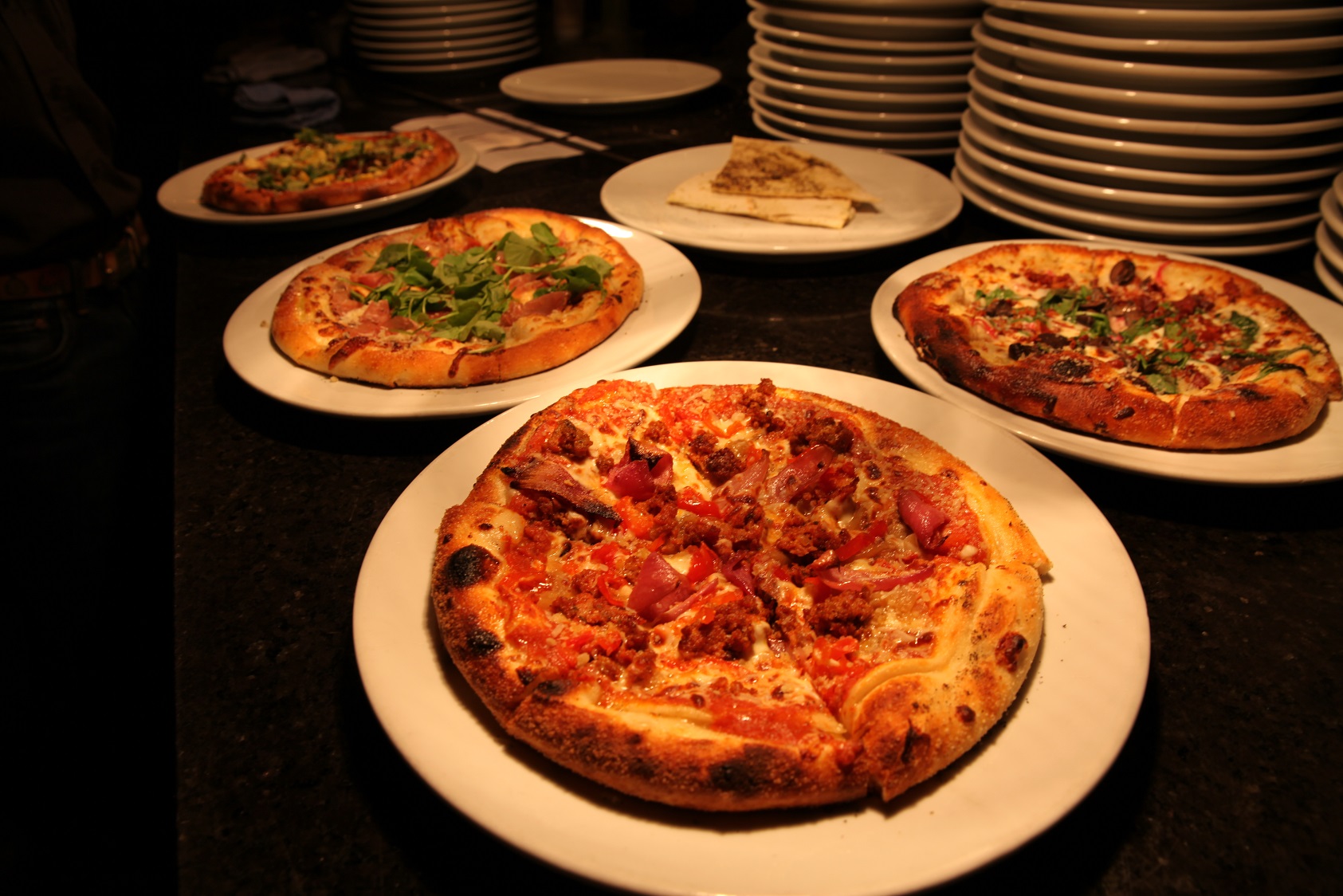 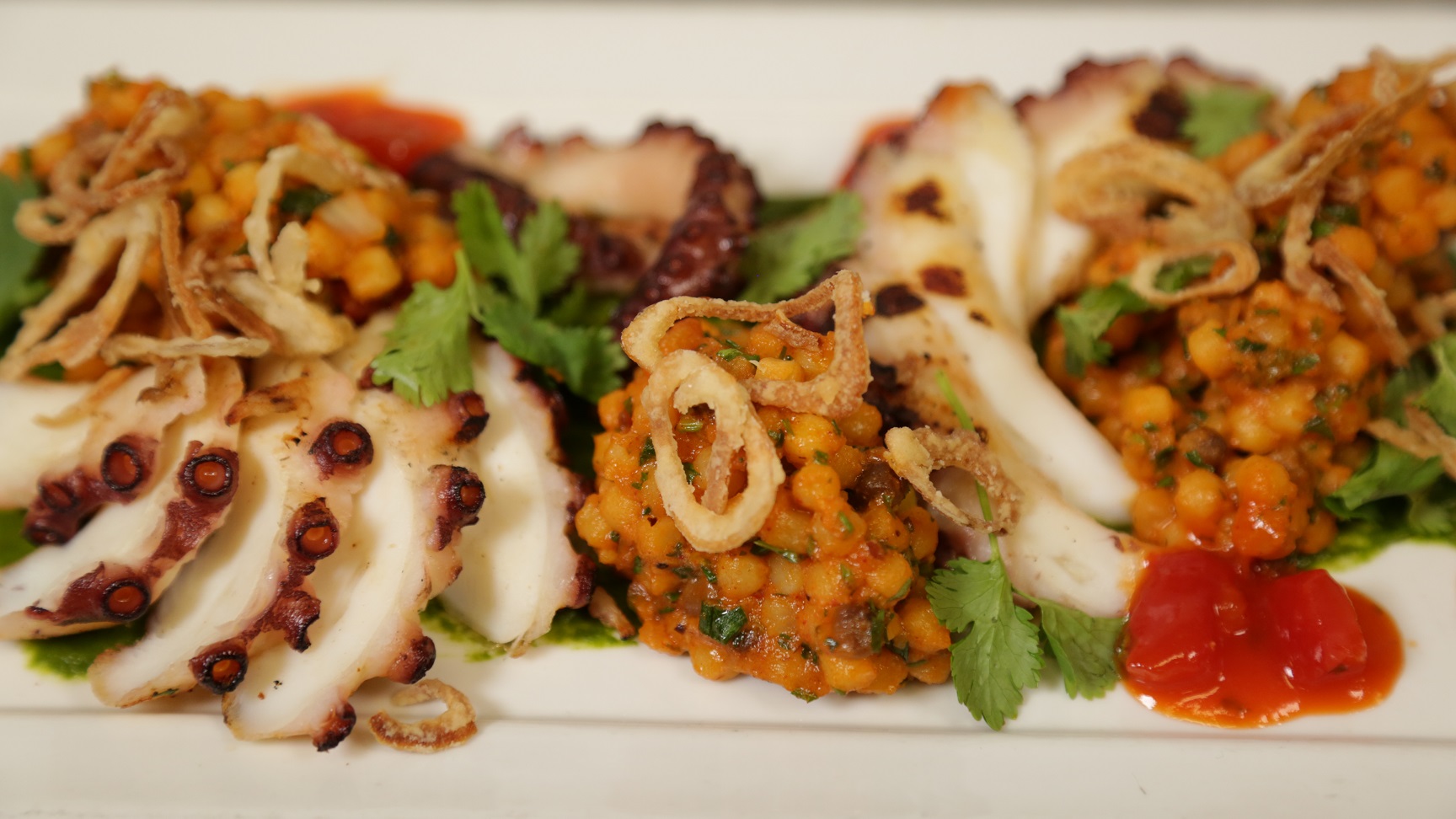 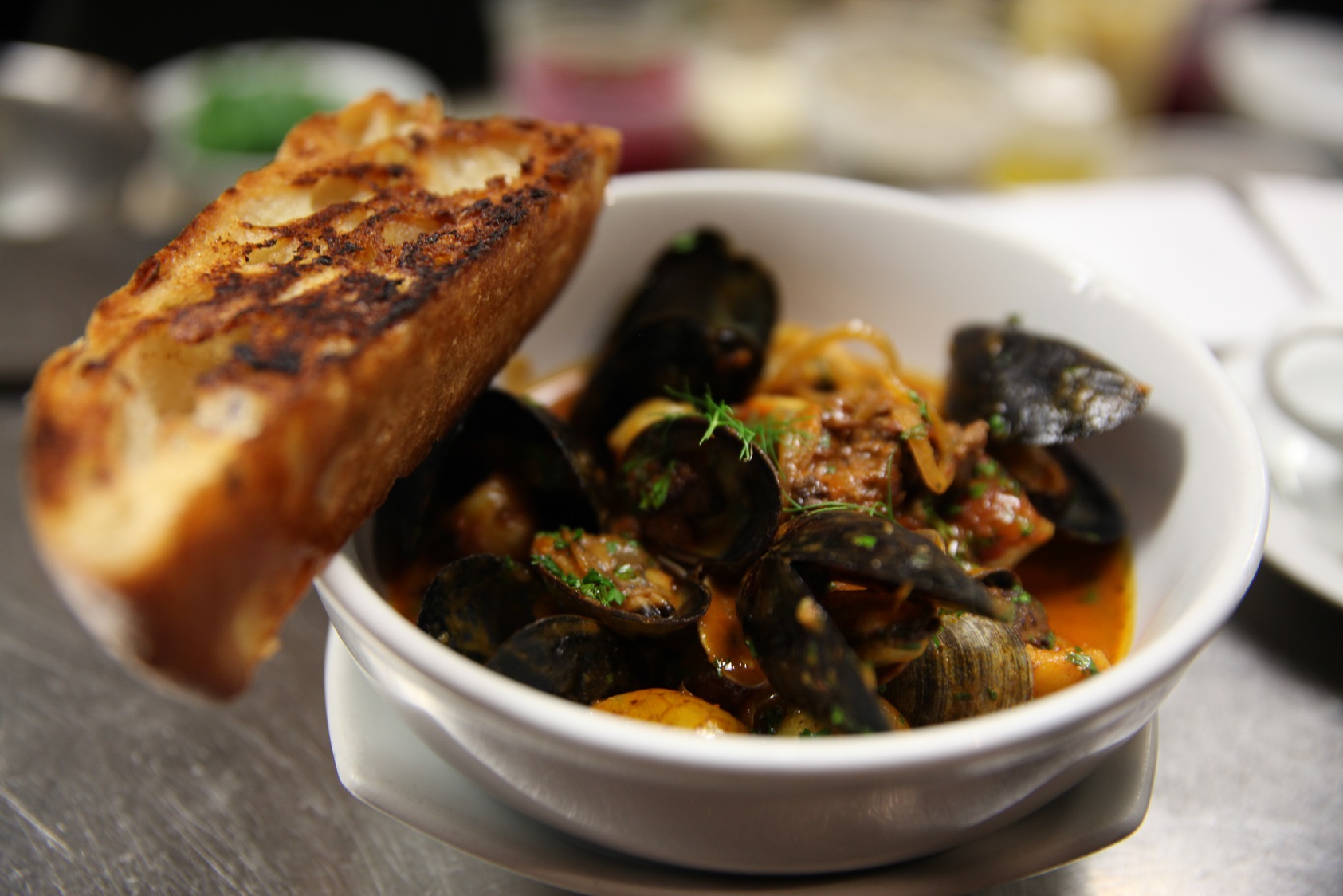 The Vitals:
the spot: Eatery A 2932 Ingersoll Ave Des Moines Iowa 50312
the eats:  Cioppino
the bucks: $11
the full nelson:  The best Cheap Eats dinner of  this season

Eatery A sounds and tastes like a restaurant you would find in San Francisco and that just ain’t the Cioppino talking, that’s the price tag too. See, I spent years coming up to the Bay area during my tenure as a Los Angeleno and I learned quickly one can eat, and eat well, for a reasonable budget in SF. And I am not talking just dim sum cart restaurants and burrito joints in the Mission, I mean “we are going out on a date and drinking wine” kinda places. It helped that these restaurants had a friendly BYOB policy and featured affordable entrées. Enter the $11 Cioppino, the iconic Bay Area’s fisherman’s stew with deep Italian American roots. Seafood easily raises the bill due to cost of ingredients, so tip your cap to Eatery A’s very smart play of offering a reasonable amount shellfish bathed in a rich, time consuming fumet which serves as the soup’s base. Add to that the house bread, baked in an aromatic wood burning oven, and you will find  find yourself in a constant state of dipping that wonderfully wood charred  bread into a near empty bowl of Cioppino. Although the seafood Eatery A sources is exemplary, it’s those final bites of bread drugged through the remnants of tomato, white wine and compound butter that will have you already planning your next visit. Simply put, this was the best dinner find of this season of Cheap Eats. 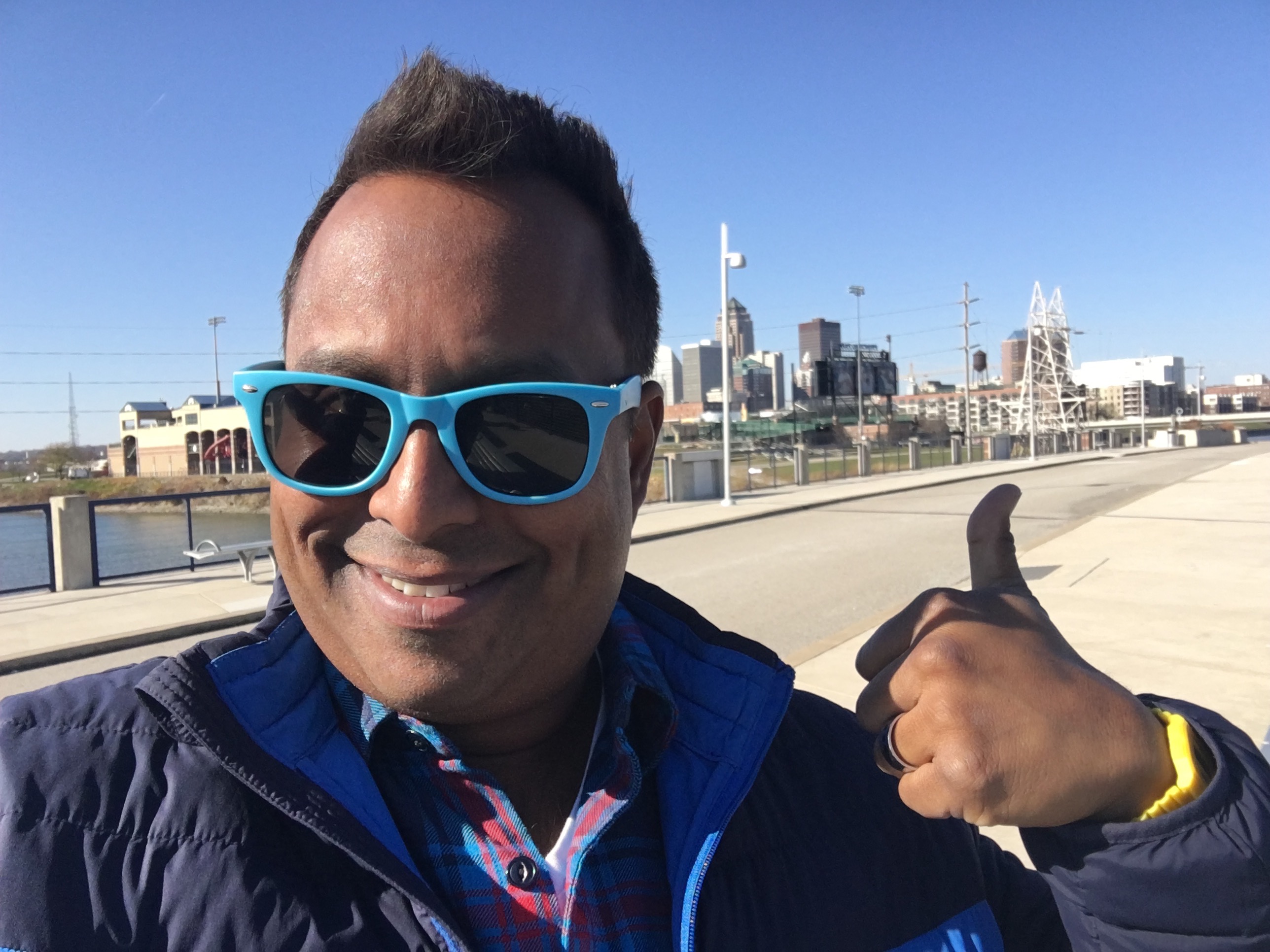 Des Moines, Iowa. Land of the silent S’s. Home to the best bang for your Cioppino buck in the country, a flawless old school European pastry of my youth, fried chicken worthy of a High Life and Nachos that are suitable for brunch. If that ain’t a true blue Cheap Eats hub, than I don’t even know what one is anymore. And Des Moines has more to offer than just Cheap Eats, this is a dining scene worthy of your vacation dime. And you just might find me there because I’m game for going back. Odds are I’ll be wearing the same blue shades. But hey, I’m just not that hard to miss.

One response to “Des Moines in Requiem”